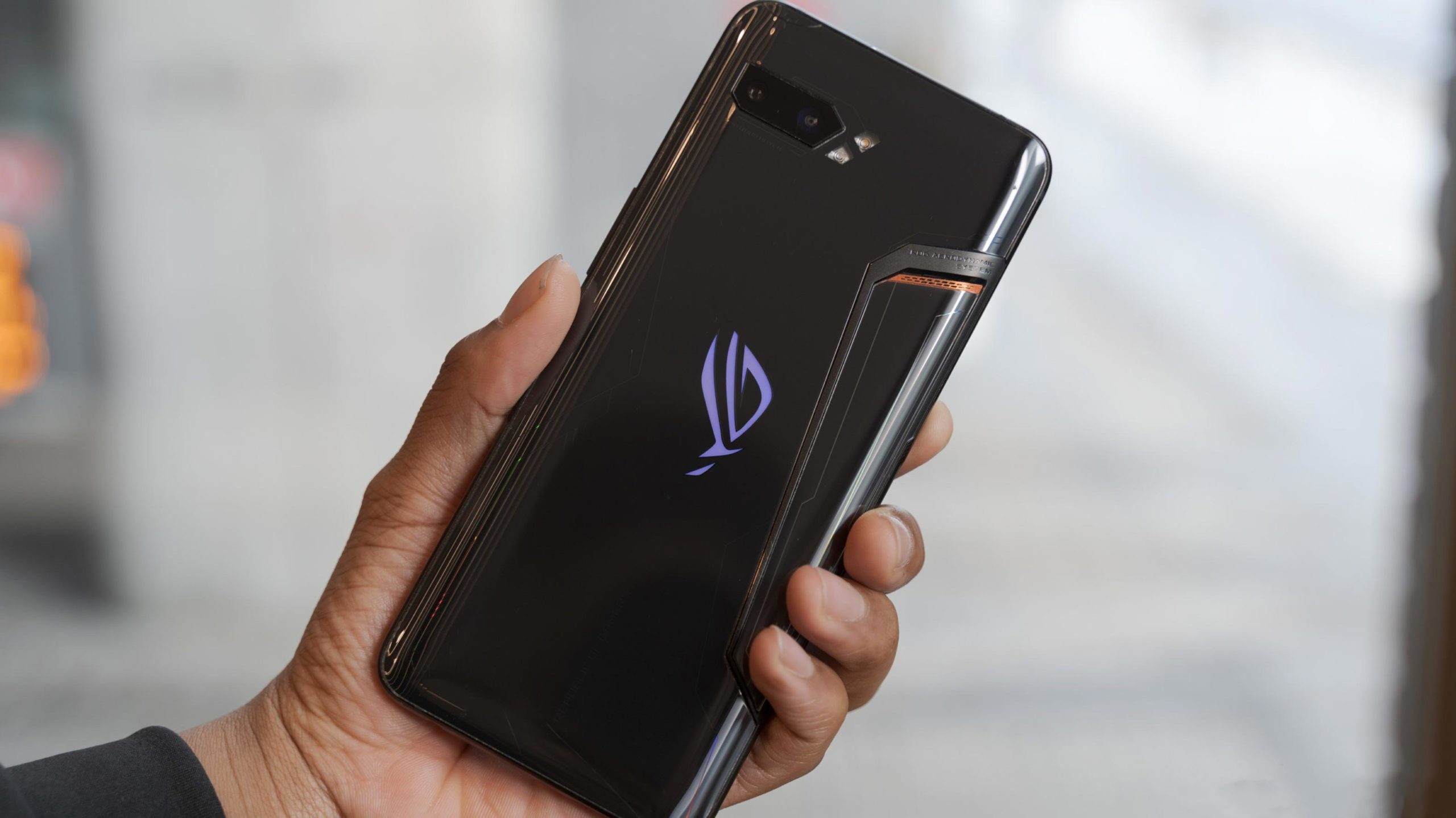 While I was initially impartial to the device, I quickly grew to like and respect it. The ROG Phone II looks and feels like a gaming phone, but the experience it offers is smooth, quick, and any Android user should have no problem using it.

That said, this review comes with a warning: the ROG Phone II isn’t widely available in Canada.

You can only buy the phone through Amazon Canada, and the link to purchase the handset provided by Asus offers the device for $1,432 CAD. Since it’s only available in Canada through Amazon, it means there’s no way to finance the ROG Phone II through a carrier. And while there are more affordable listings on Amazon Canada, they’re not officially from Asus Canada.

The ROG Phone II is a pleasure to use, but very few smartphones — if any at all — are worth $1,432 outright. 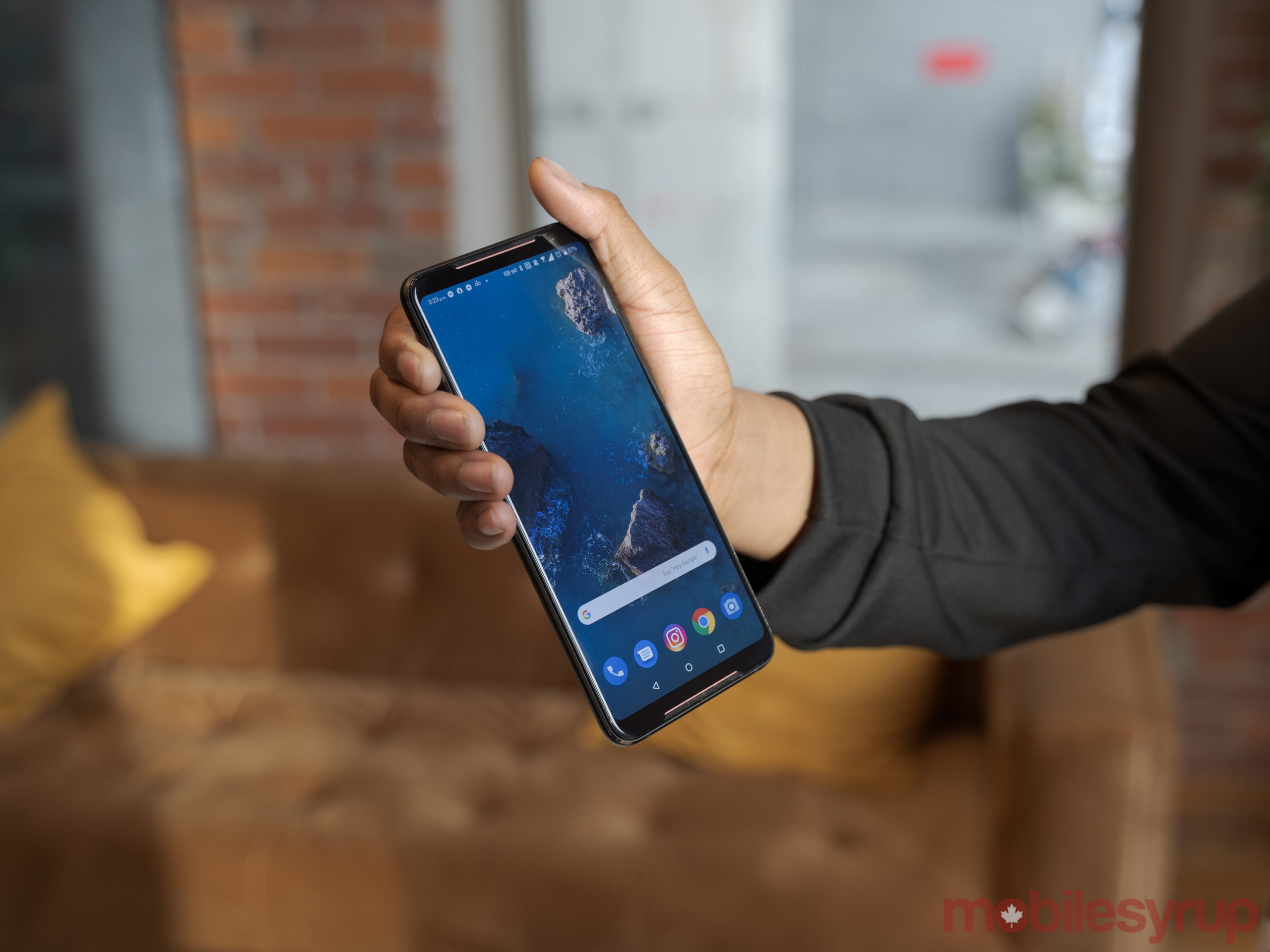 The ROG Phone II feels exactly like what we’ve come to expect from a gaming phone.

The smartphone is bulky and weighs in at 240g, making it the second heaviest phone available in Canada next to the Galaxy Fold. The ROG Phone II features a Gorilla Glass 3 glass back and a Gorilla Glass 6 front. Additionally, the handset sports an aluminum frame and is ‘dummy thicc,’ measuring at 9.5mm.

The ROG Phone II feels and looks gaudy; it features bezels sporting stereo speakers with bright orange highlights, three USB-C port and the back features a flashy Republic of Gamers logo. It’s important to note you can’t charge the device with the orange USB C port.

I also appreciate that Asus is keeping the headphone jack around. While I typically don’t use it anymore, it’s a nice touch and I like that there are still a few smartphones that offer that feature.

The ROG Phone II lacks a rear-facing fingerprint scanner like the company’s previous phones and instead uses an optical in-display sensor. 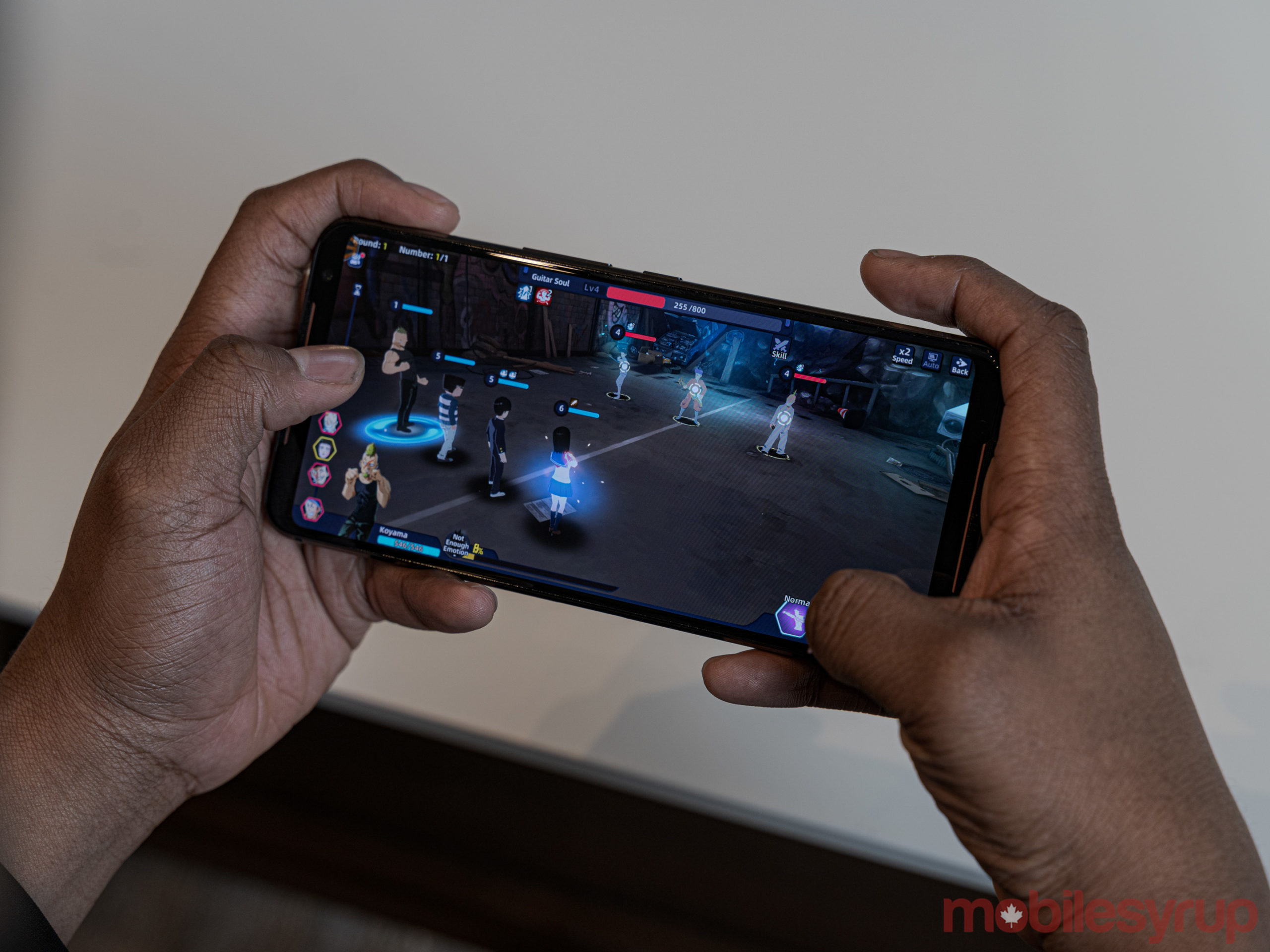 The ROG Phone II features a 6.59-inch 1080 x 2340 pixel resolution AMOLED display, with an 80.3 percent screen-to-body ratio. To put the screen size into perspective, the iPhone 11 Pro provides a 6.5-inch screen with an 83.7 percent screen-to-body ratio. The ROG Phone II also sports HDR10 and DCI-P3 108 percent colour gamut. Image and video quality are decent, but colour accuracy, brightness and even picture detail are superior on other flagships like the Galaxy Note 10+ or the iPhone 11 Pro Max.

What sets the ROG Phone II apart is its 120Hz refresh rate screen. Typically handsets up to this point have featured a 60Hz refresh rate, with some phones like the OnePlus 7 Pro, 7T and Google Pixel 4 offering a 90Hz display.

Animations, from the subtle ones in games to scrolling through apps, all look incredibly smooth. Some people say that they don’t notice the difference between a 120Hz and a 60Hz display, but I’m not in that campo. To me, the phone’s display seems so buttery smooth and quick that it’s challenging to go back to using a phone with a 60Hz screen. The above video was taken in 120fps slow motion so that you can tell how smooth the ROG Phone II’s framerate remains, compared to the LG G8X ThinQ which gets stuttery.

And not only does the ROG Phone II feature a 120Hz refresh rate, but it also offers a 240Hz touch sample rate, or ‘touch sensing.’

The 240Hz reduces it to 4.15ms, making it seem like the handset reacts instantly to each touch. The touch sensing combined with a 120Hz refresh rate makes the ROG Phone II feel incredibly quick and always smooth. 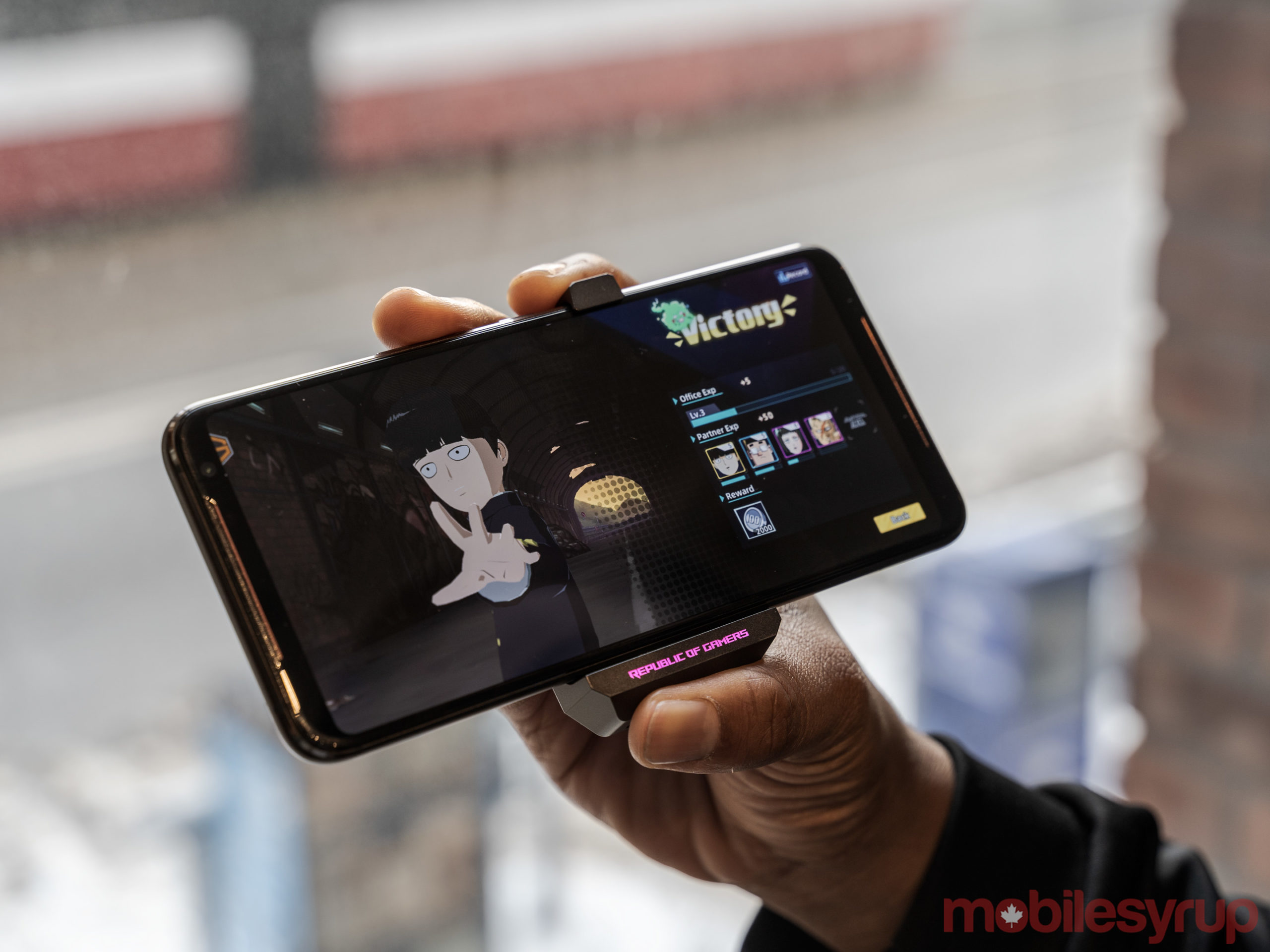 I typically don’t play mobile games; some can be fun, but for the most part, they aren’t for me.

However, I recently started investing a lot of time into Magic Spellslingers, a mobile title based on the Magic the Gathering card game.

With the ROG Phone II, the game runs smoothly, and I haven’t had any major issues. There are some crashes, but the game is still in ‘Early Access’, and these crashes occur even more on the Pixel 4 XL, so I’m not blaming the ROG Phone II for them. But after 30-40 minutes of gameplay, the ROG Phone II gets very hot. Thankfully the ROG Phone II comes with a free AeroActive Cooler II attachable fan. This helped keep the temperature down as well.

I also played Gears Pop! and Mob Psycho 100: Psychic Battle. Both games ran smoothly and again, it took about 20 to 25 minutes before the ROG Phone II began to heat up.

The ROG Phone also has an outdoor mode to increase the volume of the device, though when doing this the phone sounds a bit tinnier. It’s great though to help make the game feel more immersive. Additionally, I found it useful when playing alternative rock songs that don’t require bass. 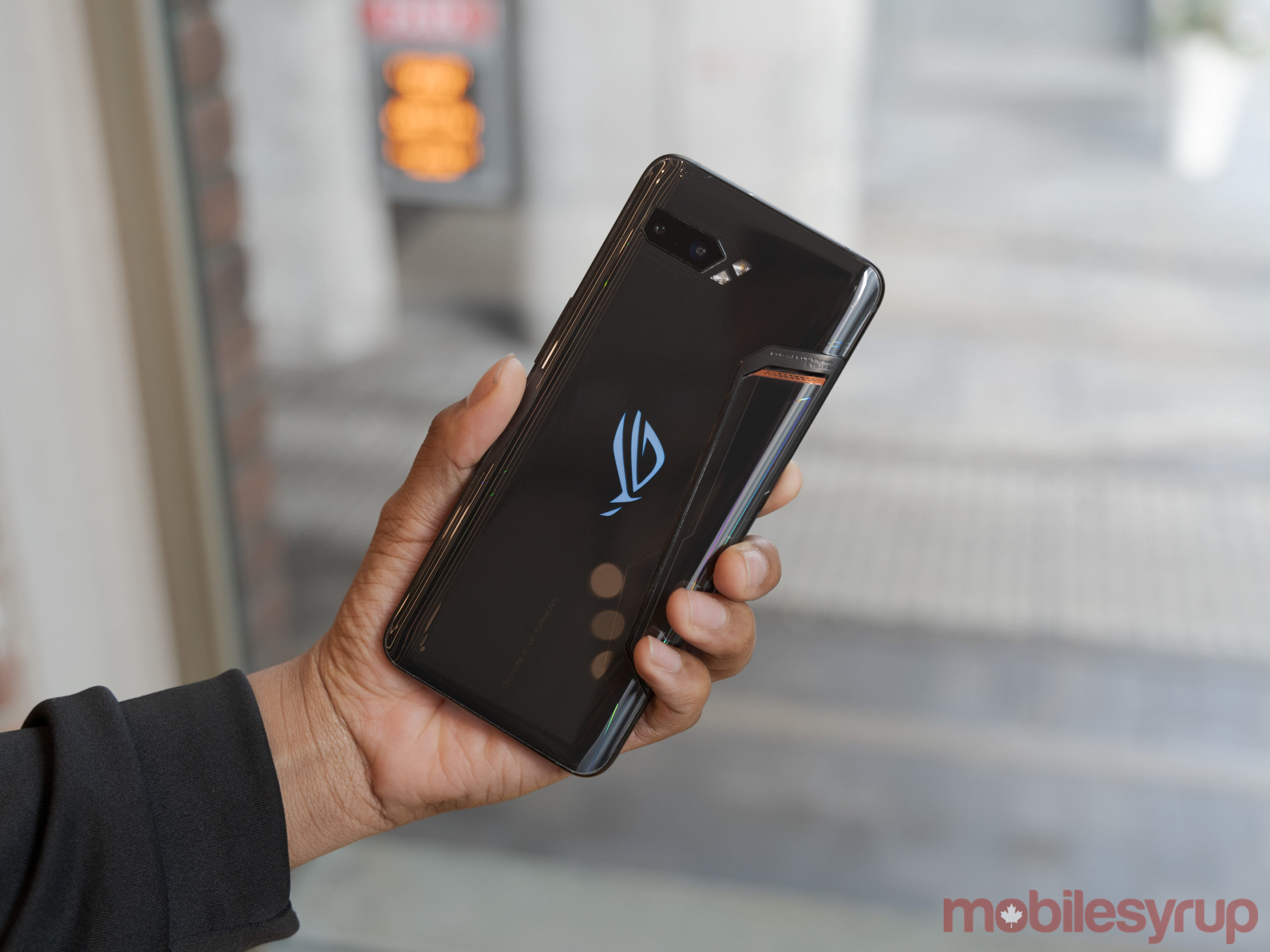 Using the ROG Phone II every day wasn’t difficult. While it’s a hefty boy, I didn’t mind it in my pocket. Some days I’d also carry it in my fanny pack and wouldn’t notice the weight.

The ROG II also offers a clean user interface, if you use Asus’ stock launcher. The Taiwanese company packed two launchers into the phone, allowing users to select either the Republic of Gamers one or the standard Asus option. The Asus launcher offers a clean, unobtrusive interface, while the ROG option is a lot more in your face. I didn’t use the ROG launcher as its user interface is not in the least bit appealing.

Like I said about ZenUI 6 in my ZenFone 6 review, the interface is pretty slim and compared to some of the other manufacturers out there and it doesn’t include a lot of bloatware out-of-the-box. Further, you can hide or delete the few apps Asus does include. There’s also an option to lock apps with biometrics or a passcode. 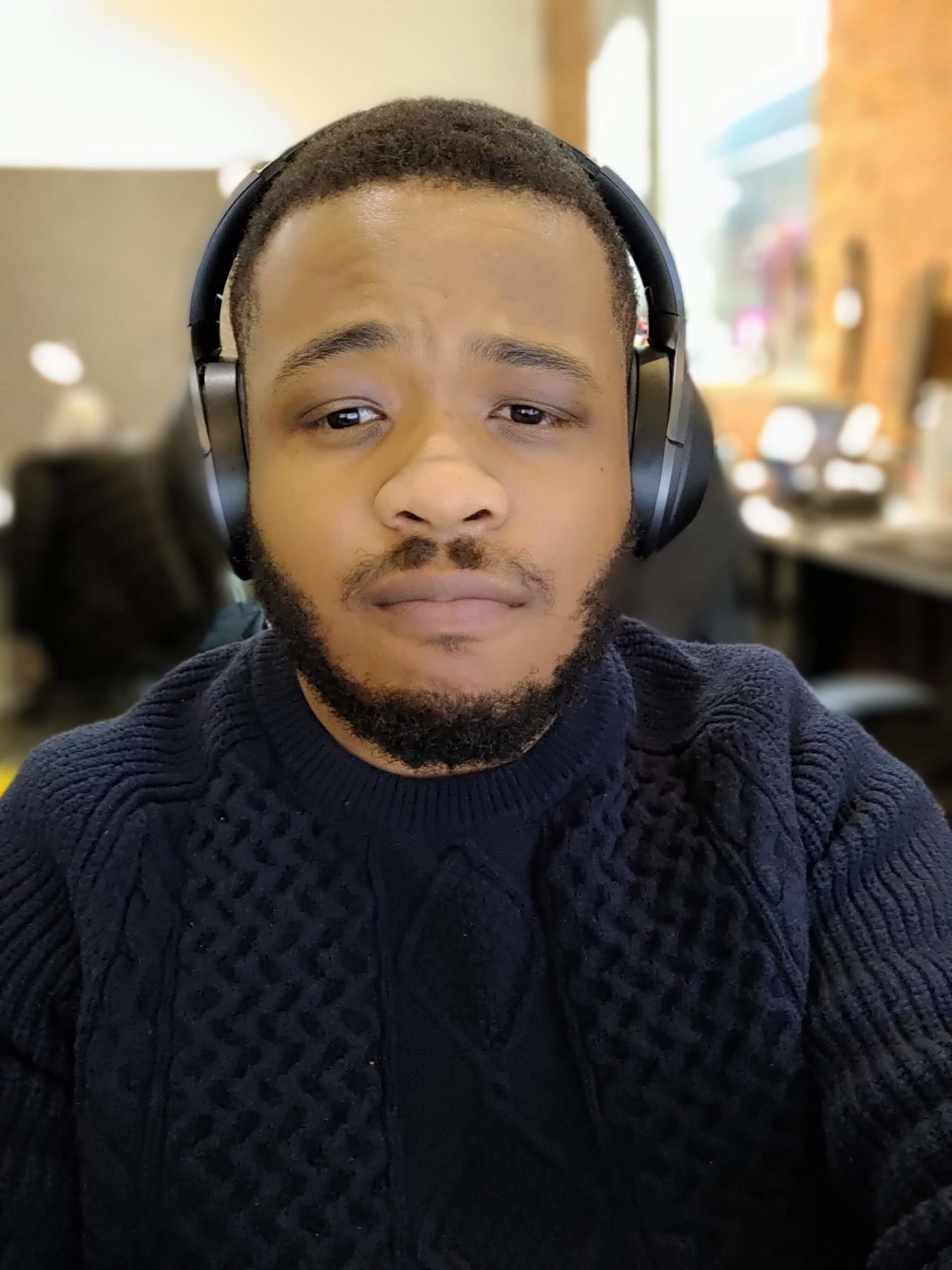 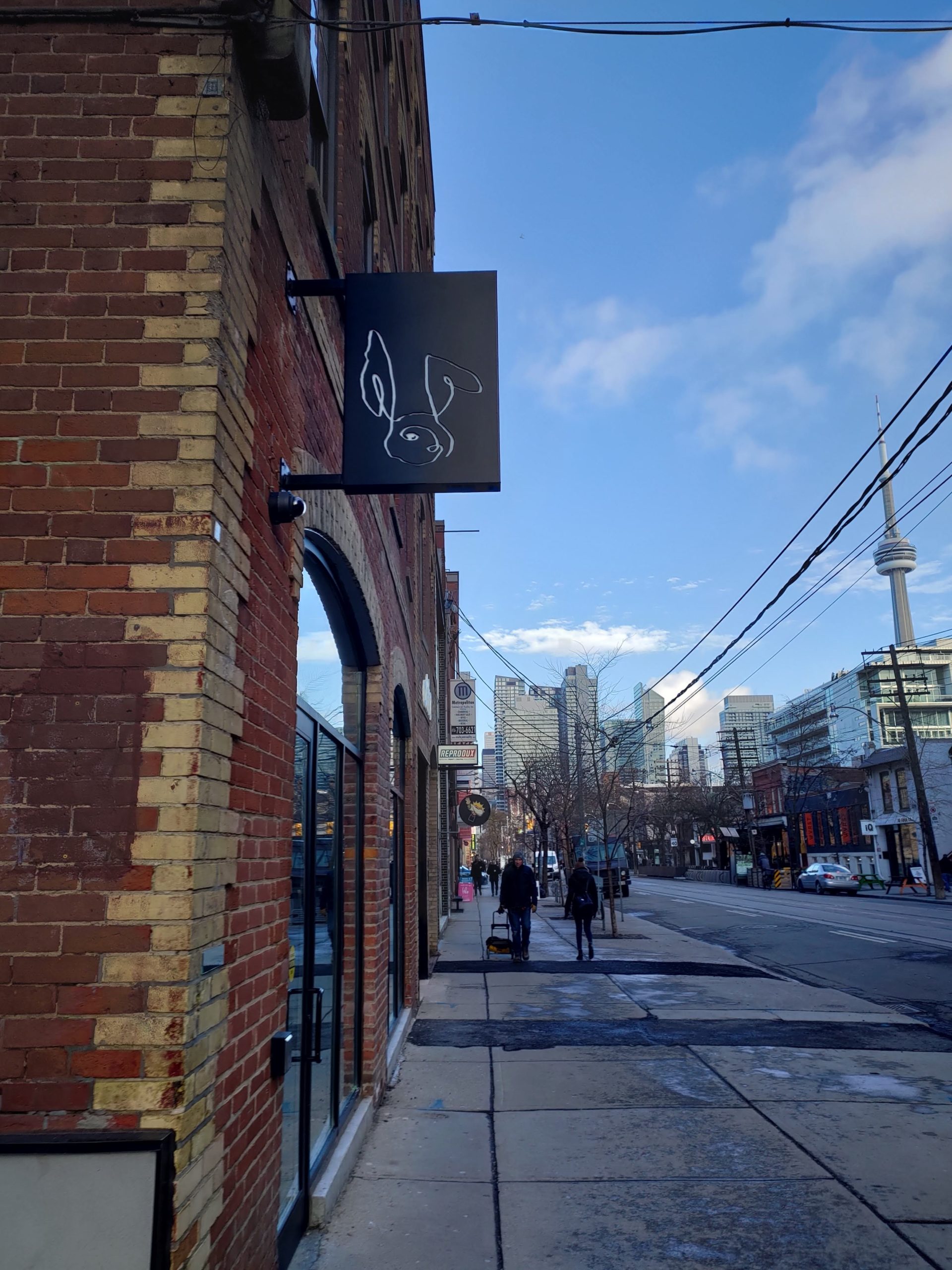 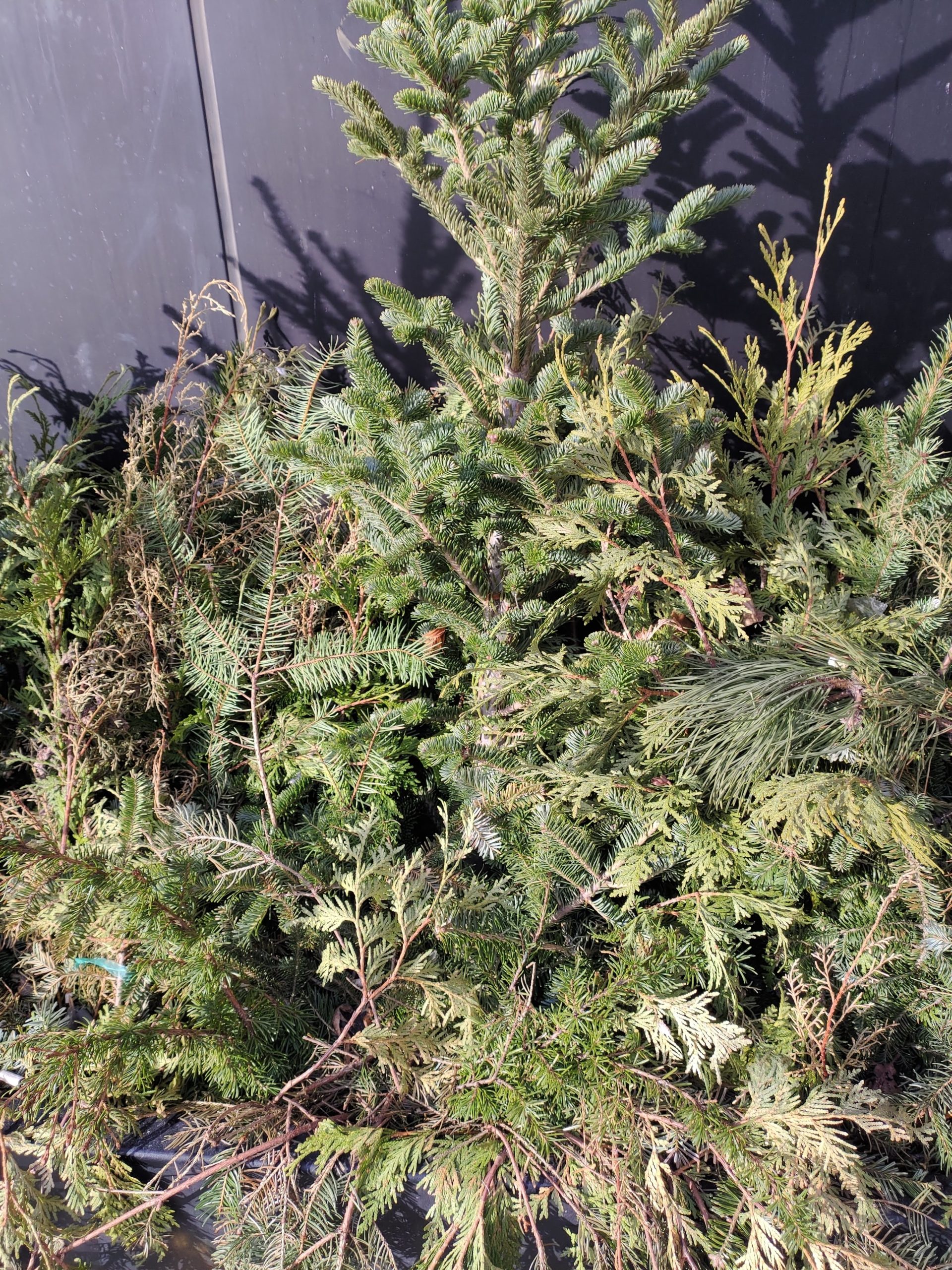 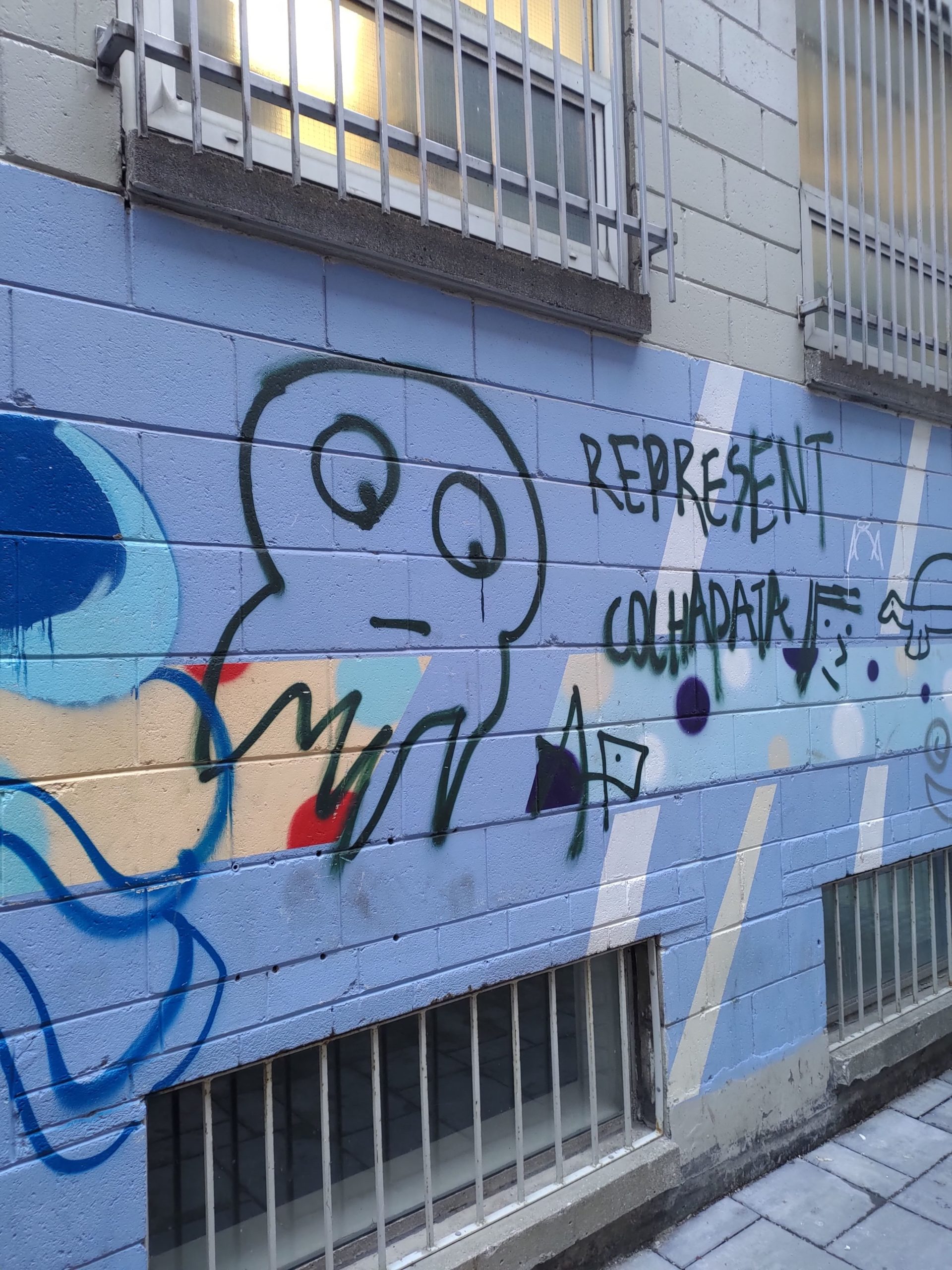 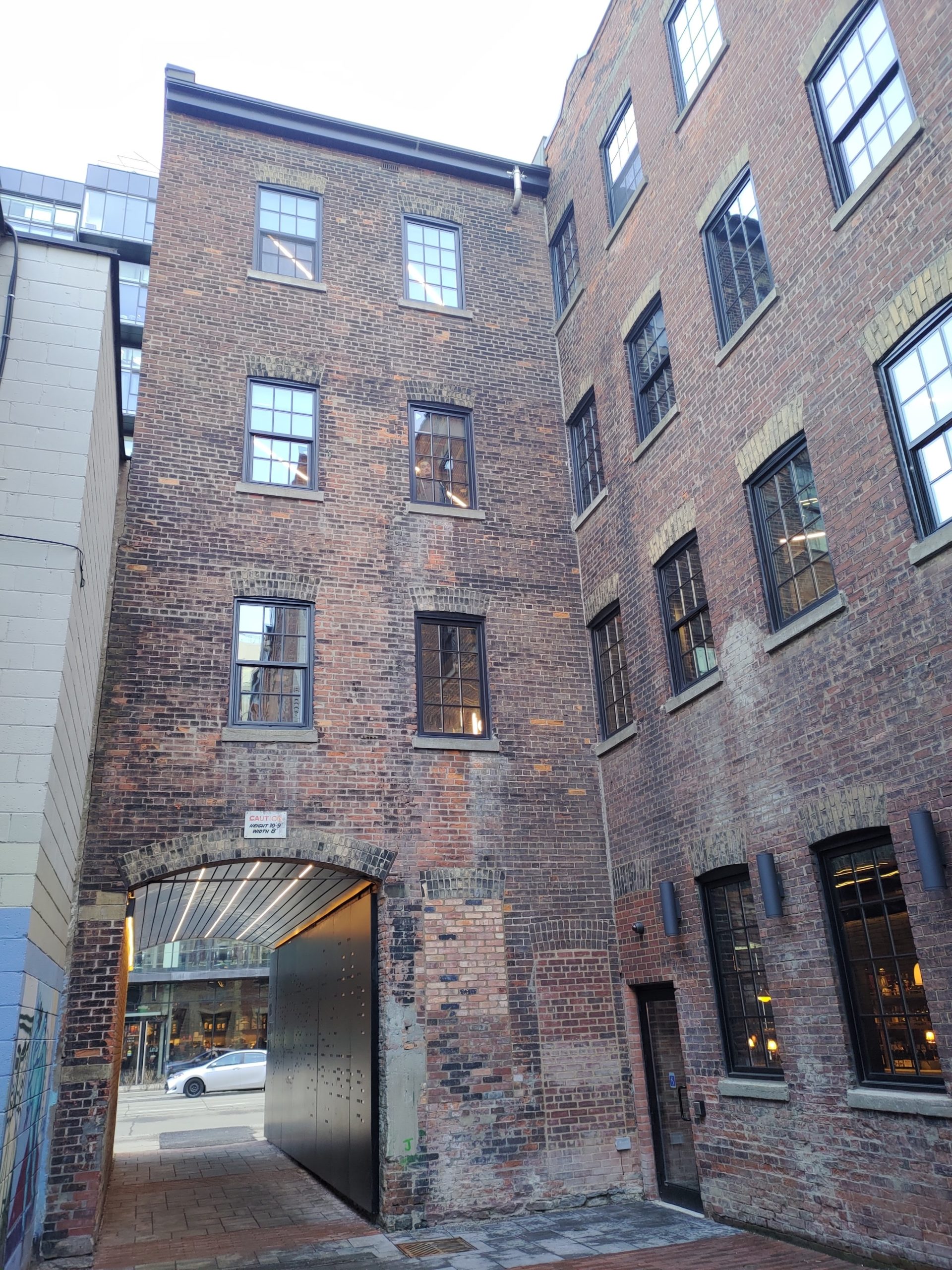 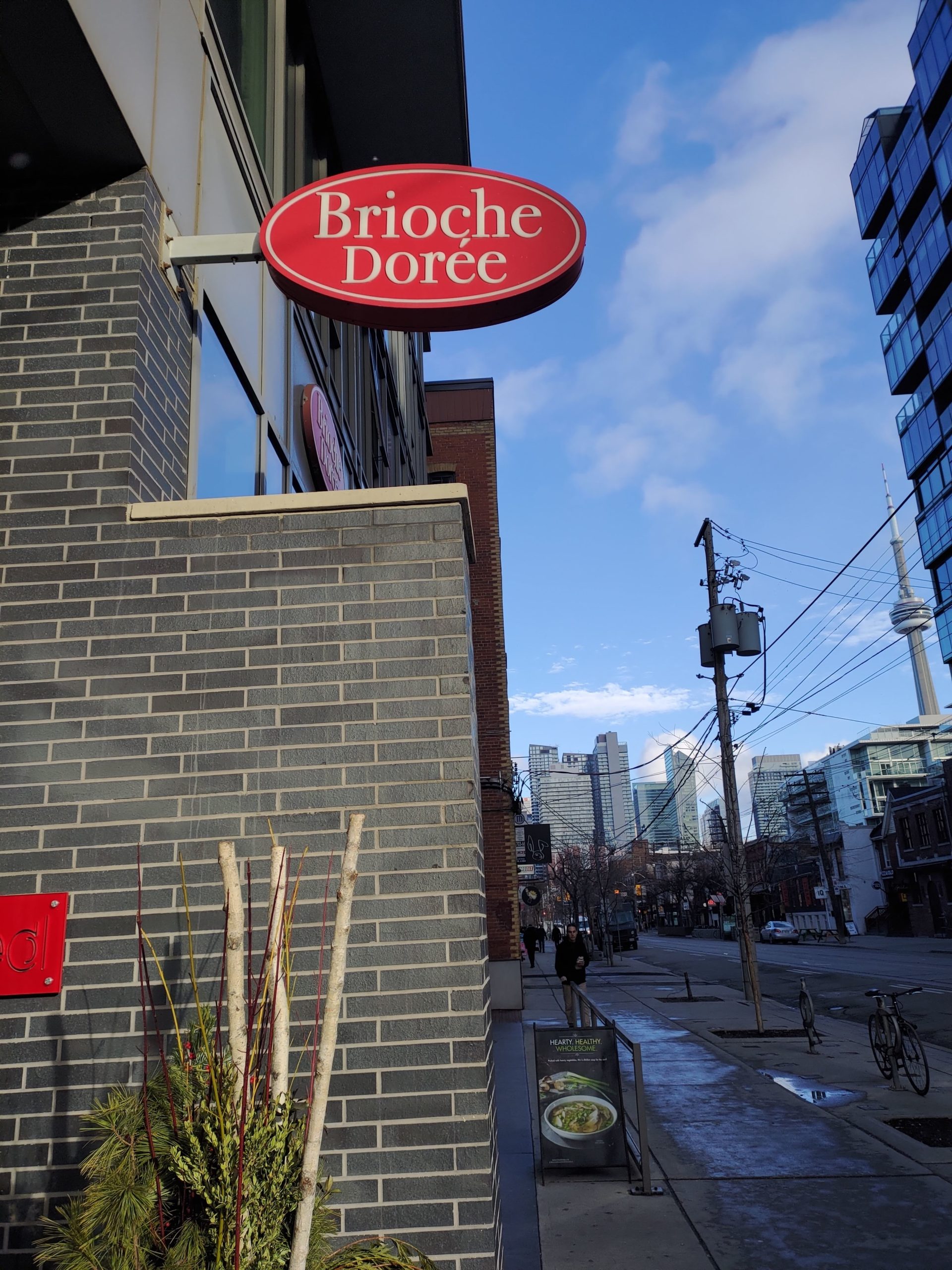 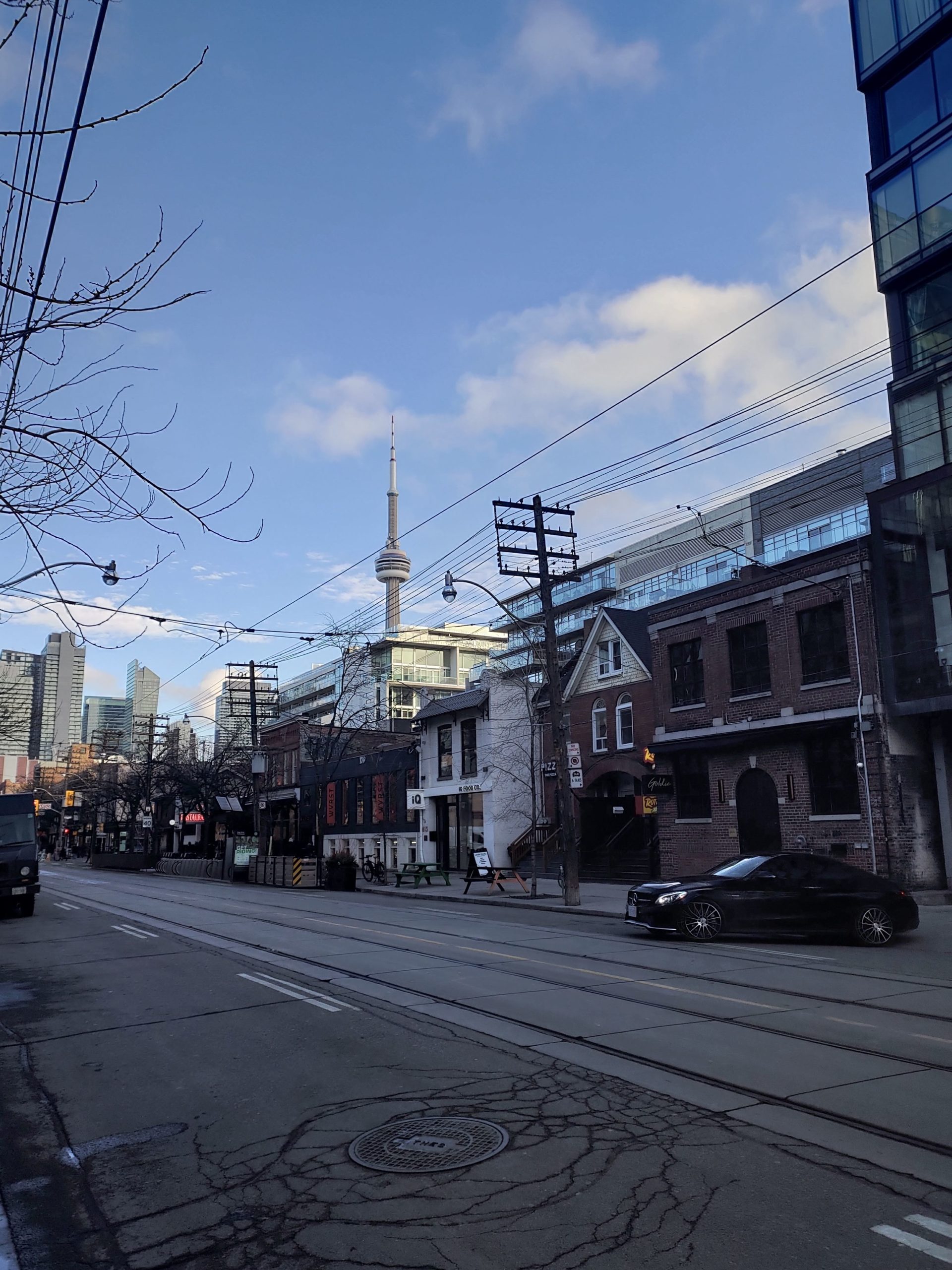 The ROG Phone II is primarily a gaming phone, but surprisingly it’s able to snap decent photos. With its 48-megapixel primary shooter, I thought images turned out to be a tad cold; sometimes the HDR+ helped with photos of the sky, making it very blue, yet keeping the colour accuracy with the rest of the picture. In other situations, the sky became overexposed and bright white. The phone’s second 13-megapixel wide-angle camera fit more into the frame, but there was a noticeable dip in quality, fewer details and it seemed to overexpose the photo no matter what I did.

Selfie camera-wise, pictures looked good, maintained detail and my skin wasn’t over-exposed. When using portrait mode, the foreground was a little too soft, and there seemed to be a lot of processing related to the bokeh effect, which could be unappealing to some people. Honestly, the 24-megapixel shooter did the job, and I preferred its selfies over phones like the LG G8X ThinQ. 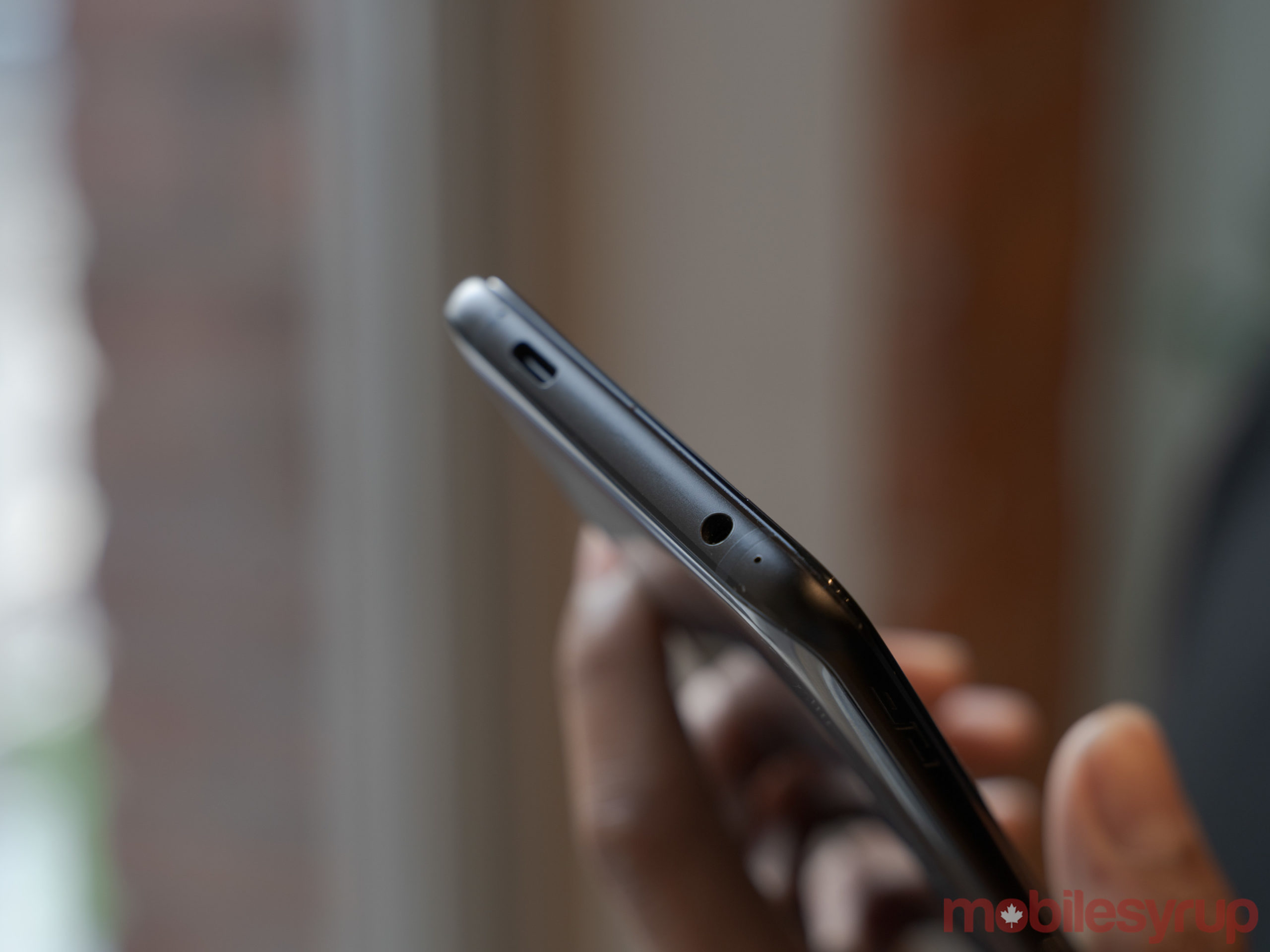 Spec-wise the ROG Phone II is a beast. This thick phone features a Snapdragon 855+ chipset, 12GB of RAM and 512GB of storage.

With it’s 12GB of RAM, I was able to keep at least 25 apps opened simultaneously.

But what’s even more impressive is its 6,000mAh battery. I kept the phone at 120Hz throughout the review because that was my preference. But even at 120Hz with an average brightness of 85 percent, the phone can easily survive more than a day and a half, or in some cases almost two days. This includes at least 30 to 45 minutes of gameplay, using it casually during the workday, watching a 43-minute Netflix video at the gym and listening to music.

I've used a lot of phones over the past few years, and I was pleasantly surprised by the ROG Phone II. It works quickly, it feels smooth, and its battery is a powerhouse. Further, even though it gets warm occasionally while gaming, I didn't mind because of the attachable fan. However, it does make the phone a tad bulkier so I can see why owners wouldn’t want to carry it around.

The biggest issue with the ROG Phone II is its expensive price, which makes the phone difficult to recommend. If the handset goes down in cost or you find it for a cheaper price, then the ROG Phone II is a decent smartphone and I’d seriously suggest looking into it.

I changed the score from a 7.5 to an 8.0. While I'm hard-pressed to recommend this phone to anyone paying full price, it was such a joy to use that a 7.5 felt wrong.

"I've used a lot of phones over the past few years, and I was pleasantly surprised by the ROG Phone II"