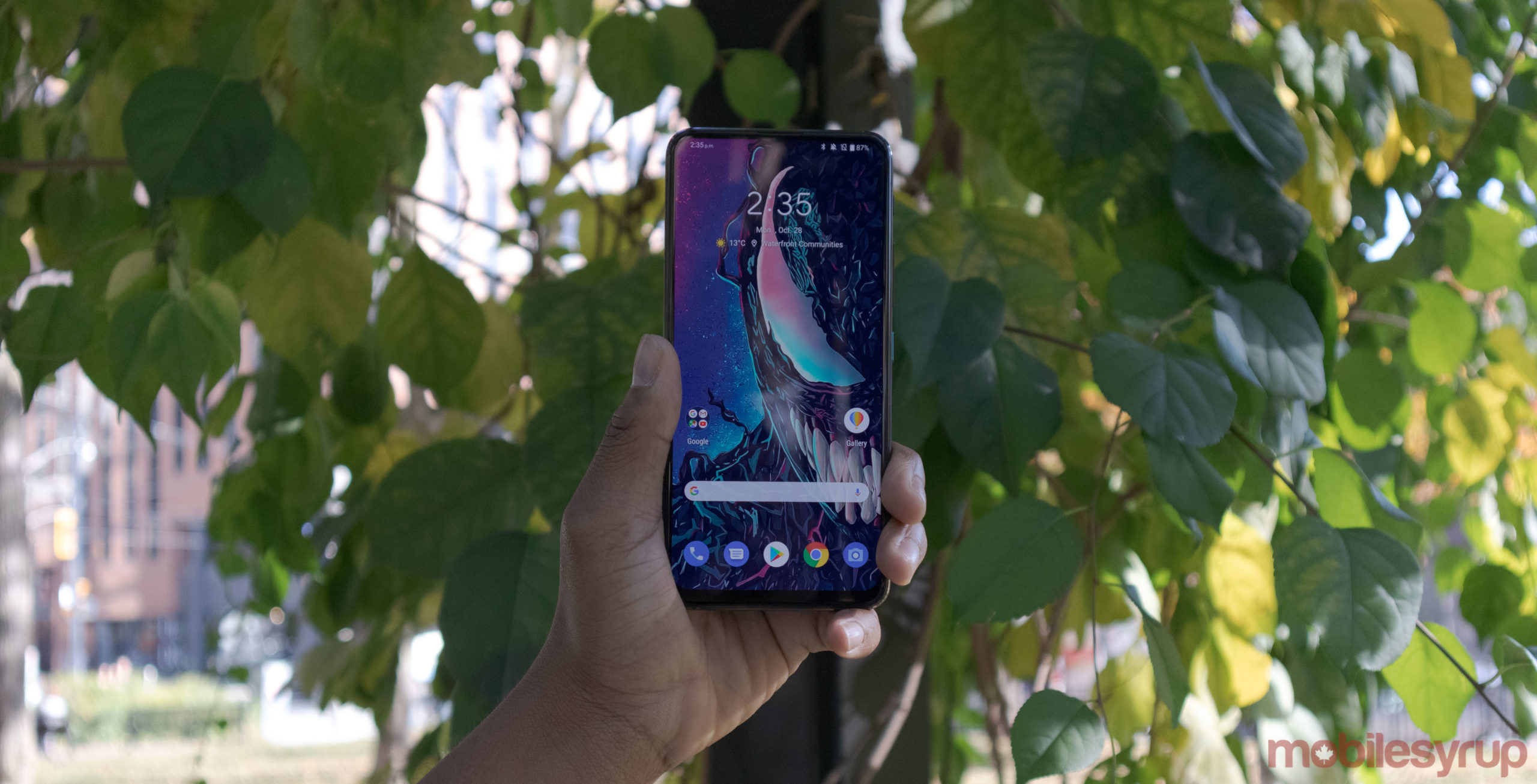 I’ve never wanted to love a smartphone more than the Asus ZenFone 6, but I had to check my biases at the door. While the ZenFone 6 (ZF6) is a lovely device, it has one major issue and includes a few features that prevent it from being one of the better Android devices on the market.

If you’re unaware of Asus’ ZenFone line, that’s because they’re not easy to track down. Asus doesn’t sell its smartphones in carrier stores, but you can find them at retailers like Staples, Best Buy and online at Amazon. In this case, the ZF6 is only at Amazon.

Similar to last year’s ZenFone 5Z, the ZF6 is an ultimate flagship contender. It features top-of-the-line specs and includes an all-screen display that lacks both a notch and a camera cutout. Instead, the device sports a flip-up camera that’s not only fun to show off at a party, but also very useful.

A design that speaks volumes 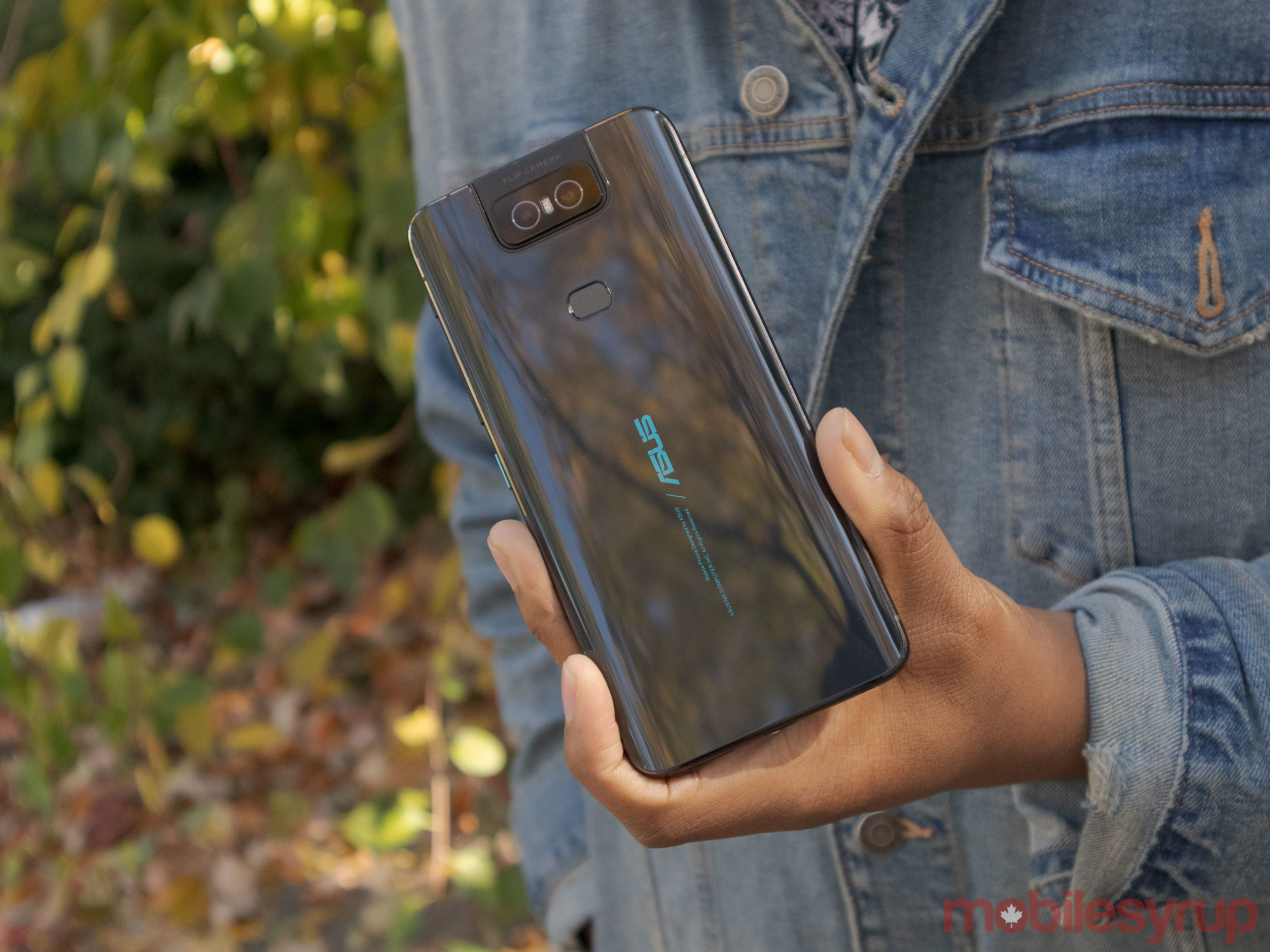 Similar to the OnePlus 7 Pro, the ZF6’s selfie camera is not easy to spot. OnePlus’ selfie camera pop-ups from within the device’s body, but the ZF6’s rear-facing camera setup flips up to become the selfie shooters, which allow the ZF6’s front-facing display to be unobstructed by any notches or camera cutouts.

I love Asus’ approach, and though it’s not the first company to do this — Samsung was — I’m impressed the Taiwanese phone maker pulled off this technique.

The ZF6 has a speaker grill in the small bezel at the top, and that’s pretty much it.

The back has the dual rear-facing camera setup with a fingerprint scanner and the Asus logo.

The bottom features a 3.5mm headphone jack, USB-C port and additional speakers. The speakers, by the way, work very well. The ZF6 doesn’t seem to be one of the louder smartphones on the market, at first. However, when you go into the settings, and turn on the device’s ‘outdoor mode,’ the phone uses both of its speakers to produce a thunderous sound.

Continuing with the design, on the right side, the device sports a blue power button, volume rocker and an Assistant button.

It’s nice to see that while Samsung has gotten rid of the headphone jack, Asus opted to keep it. 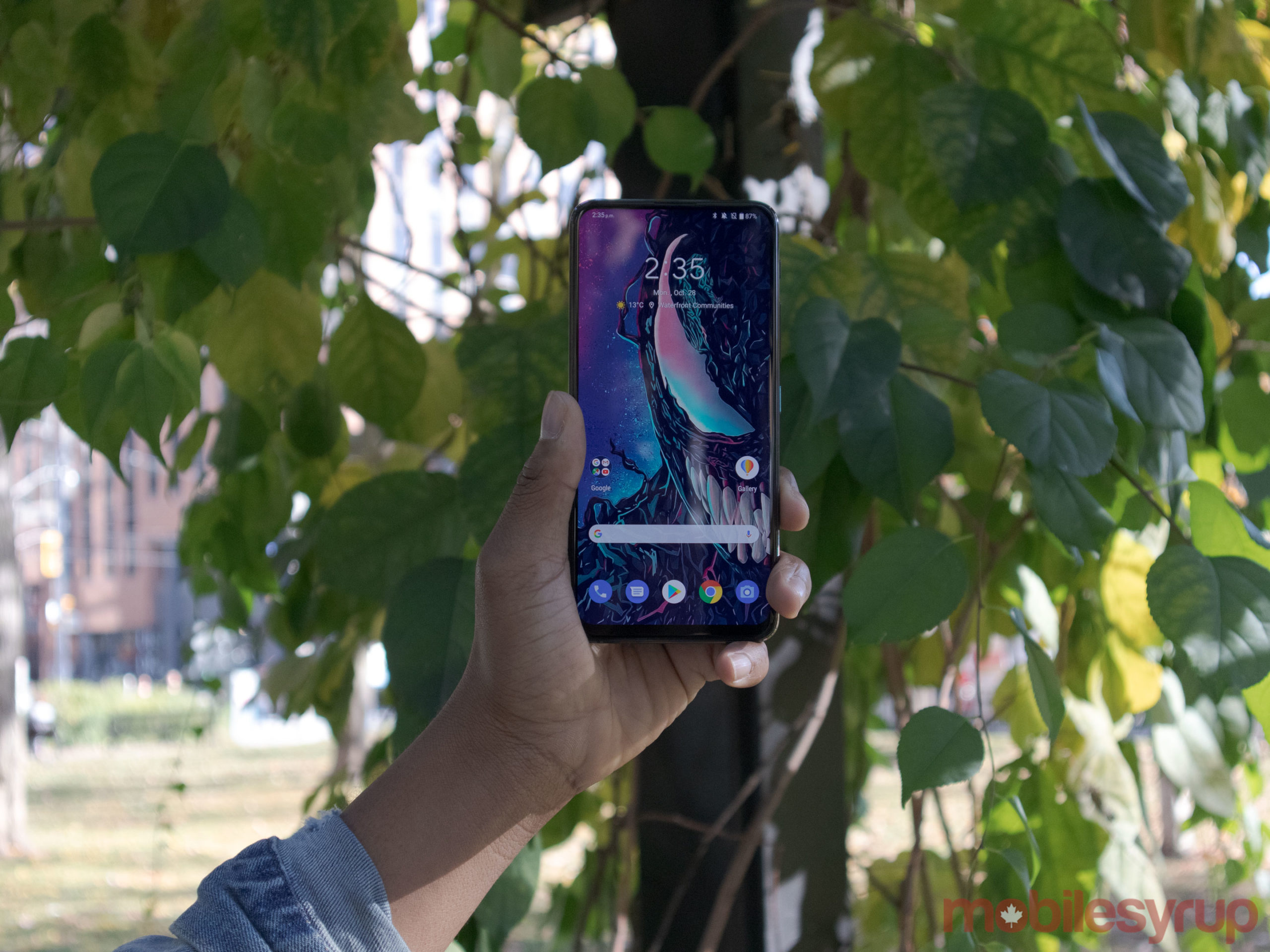 I thought videos and pictures looked good, but when you hold the ZF6 side by side with the OnePlus 7 Pro — which sports a higher 1440 x 3120-pixel resolution — you can tell that the Zenfone 6’s display lacks detail. Additionally, colours look more accurate on the OP7 Pro. Similar to other handsets, the ZF6 has a customizable colour temperature scale. It can also reach 466 nits of brightness, making it bright enough for most lighting conditions. To say the least, I did still enjoy watching and looking at content on the device.

With the weaker pixel resolution and the 466 nits max brightness, the ZenFone 6’s 5,000mAh battery can survive for more than one day. I’d find that the phone would have about 50 percent battery life left when my day was over. However, I’d need to charge the device at the end of the next workday. 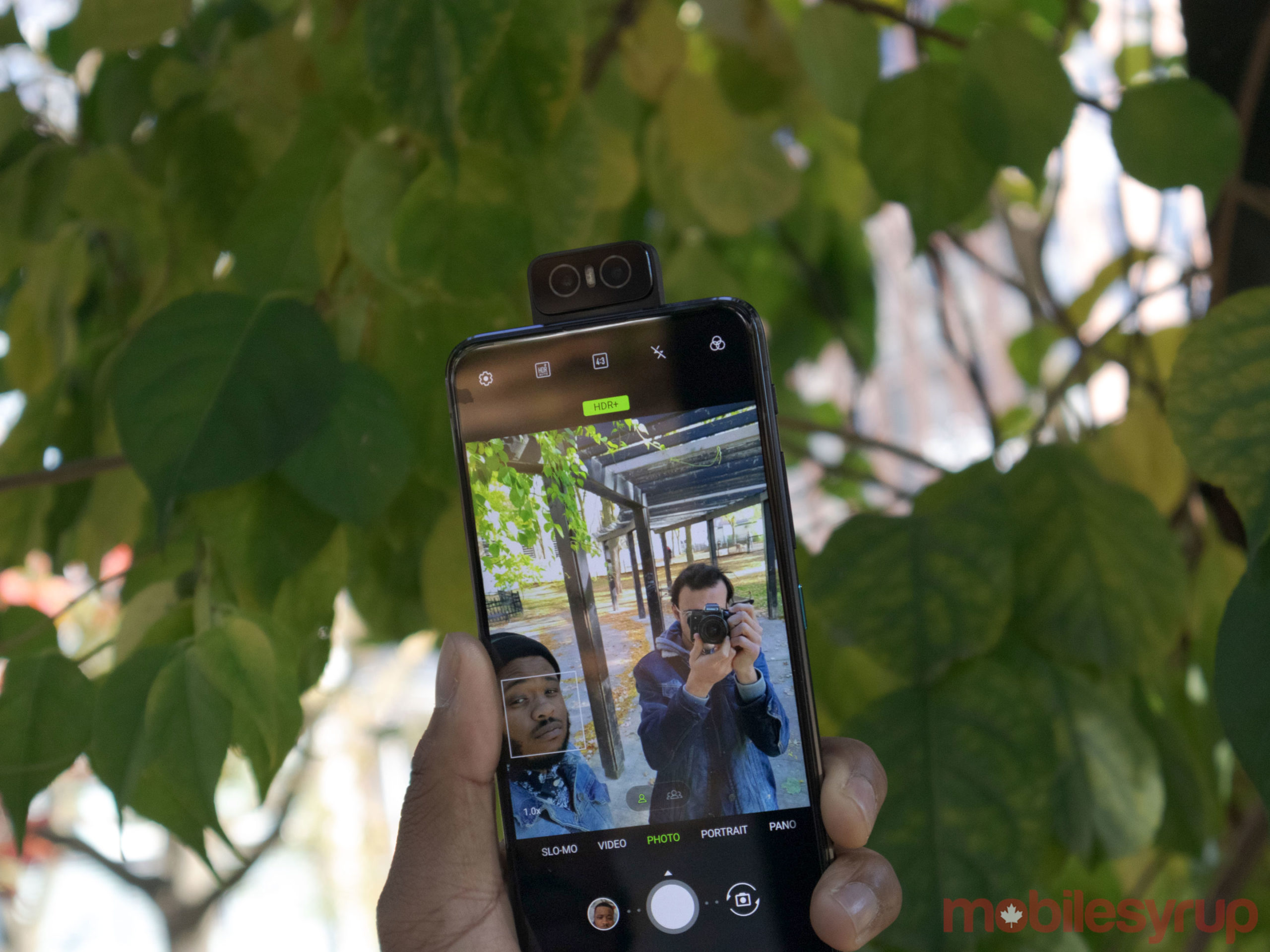 While the ZF6’s flip-up camera setup is fascinating, the quality of pictures, however, isn’t stellar. Images are clear and look precise when using the primary camera, but the wide-angle camera offers fewer details, and there’s a noticeable difference in quality between the two.

The ZF6 tends to overexpose photos as well, making them look brighter.

Similar to plenty of the other devices on the market, the ZF6 features a scene optimizer. It changes the exposure, colour balance and saturation based on what’s currently in the viewfinder. The scene optimizer worked well, but occasionally when taking pictures of things like food, the colour balance was off. 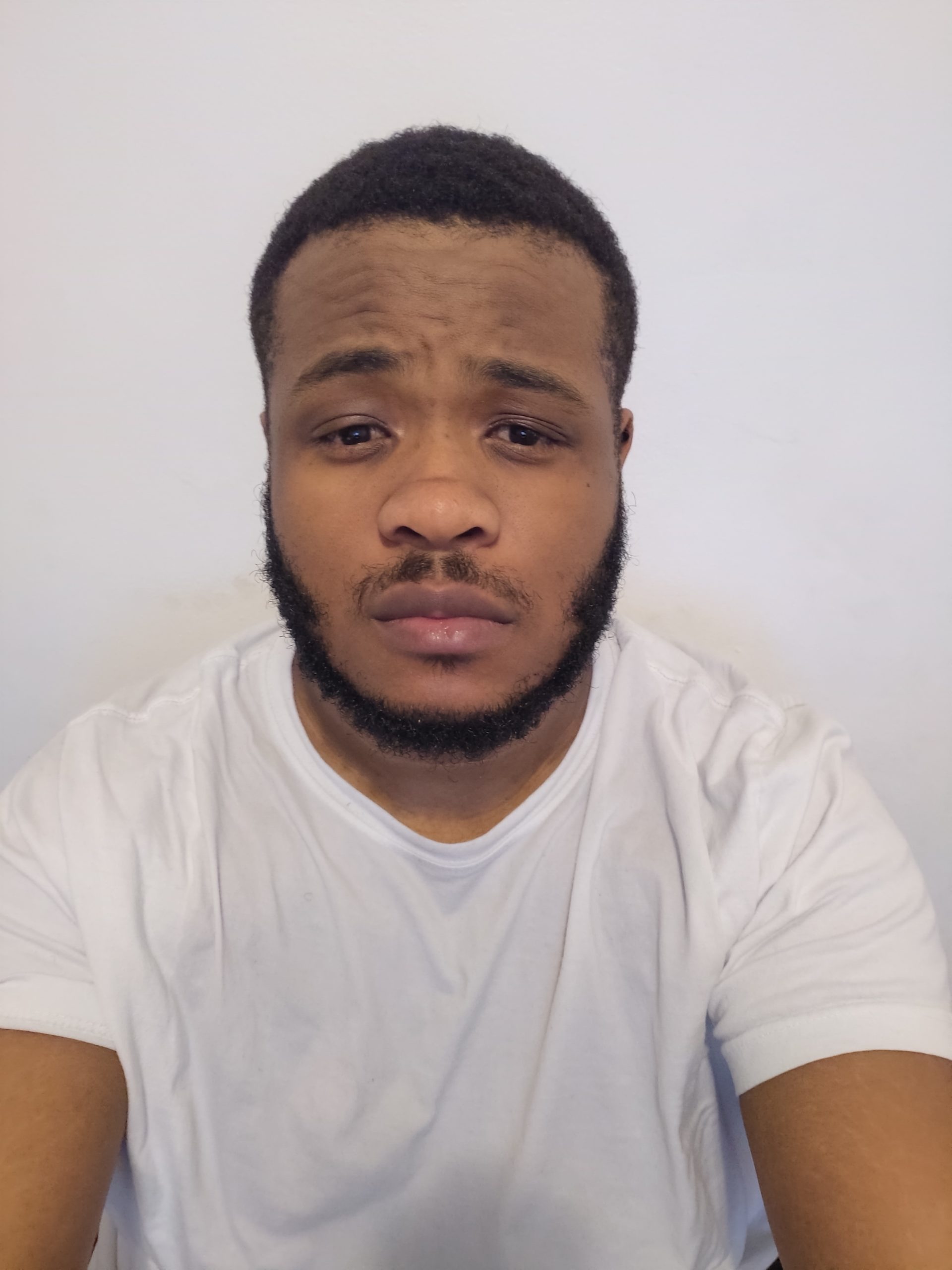 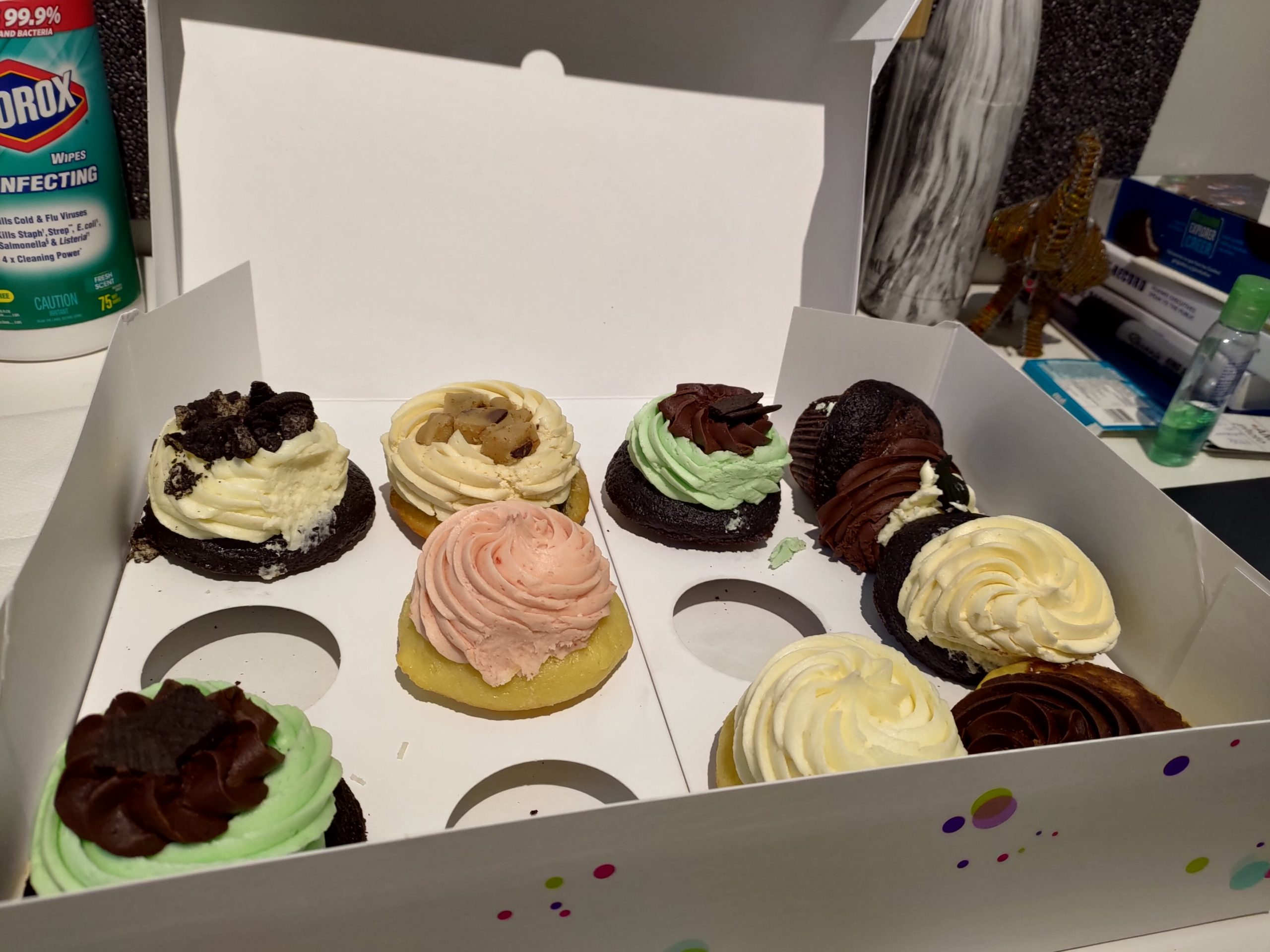 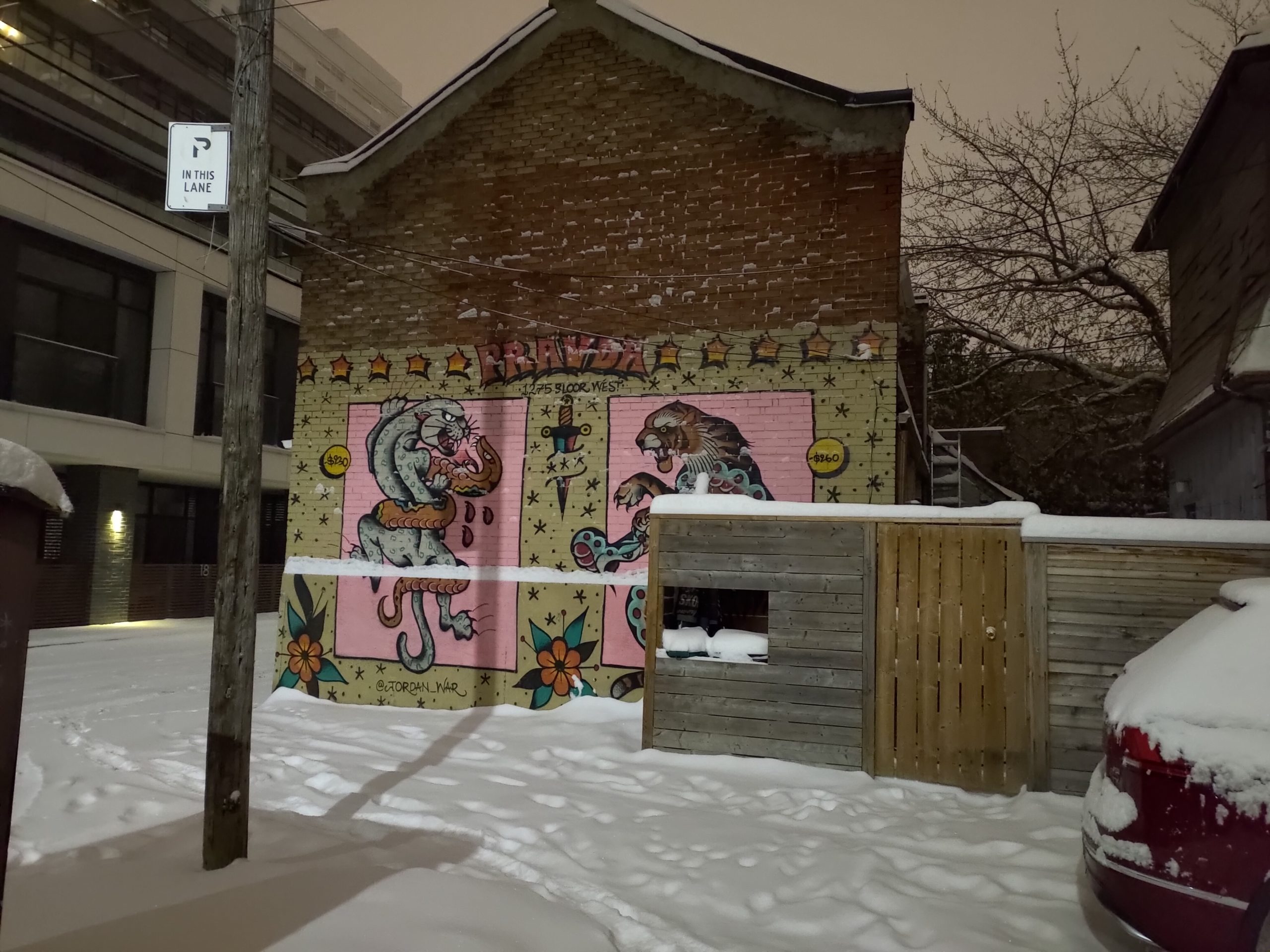 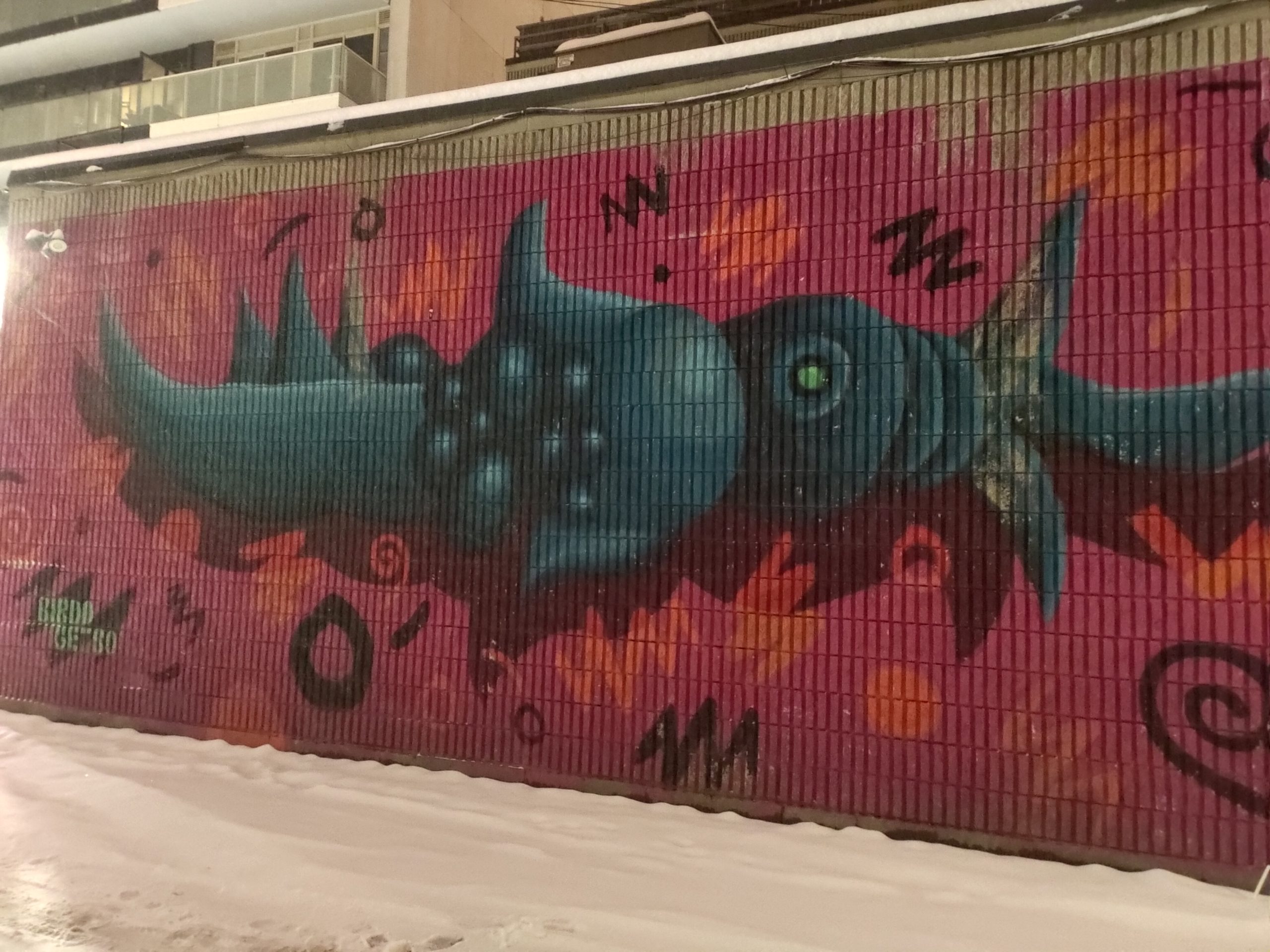 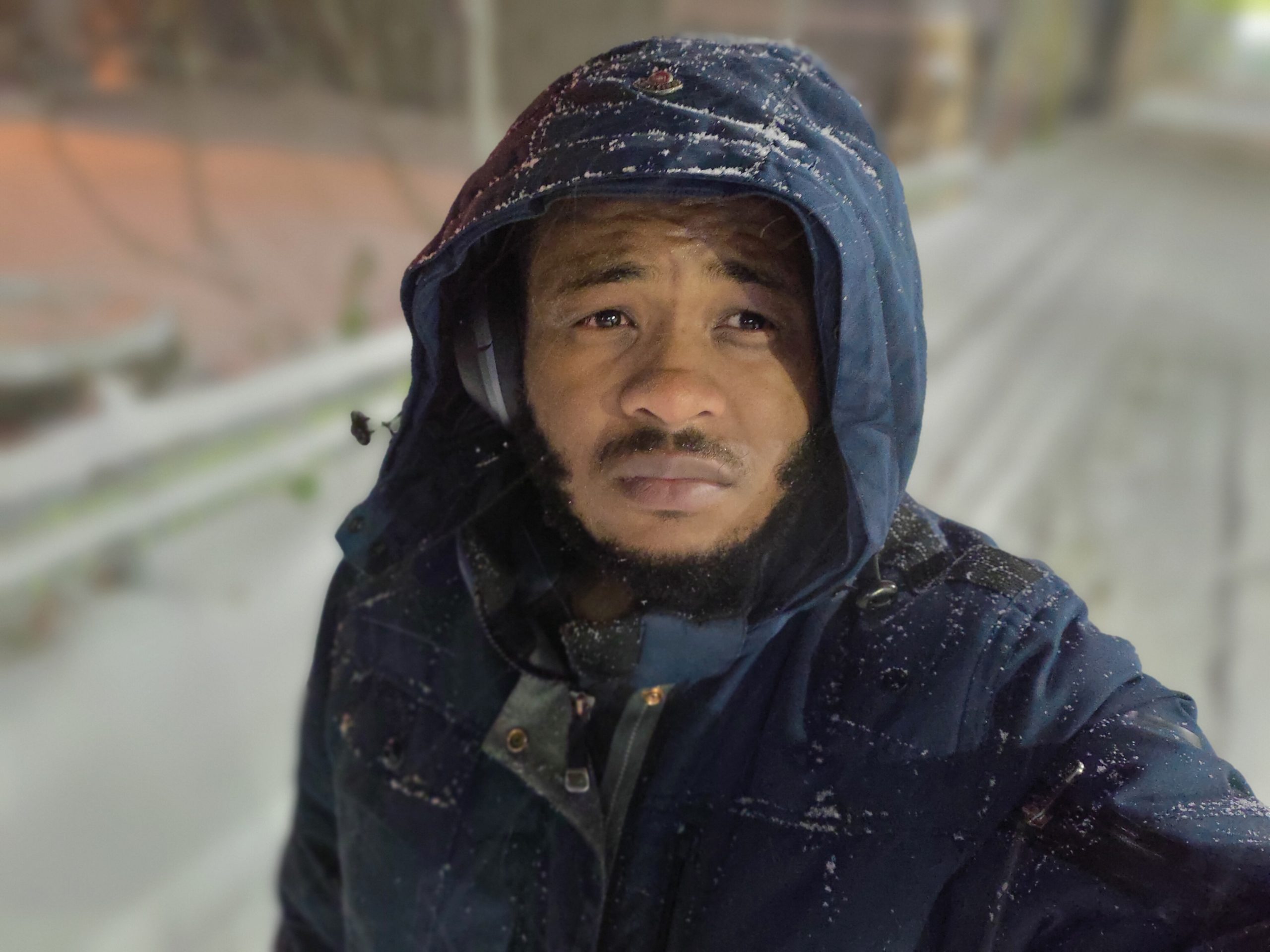 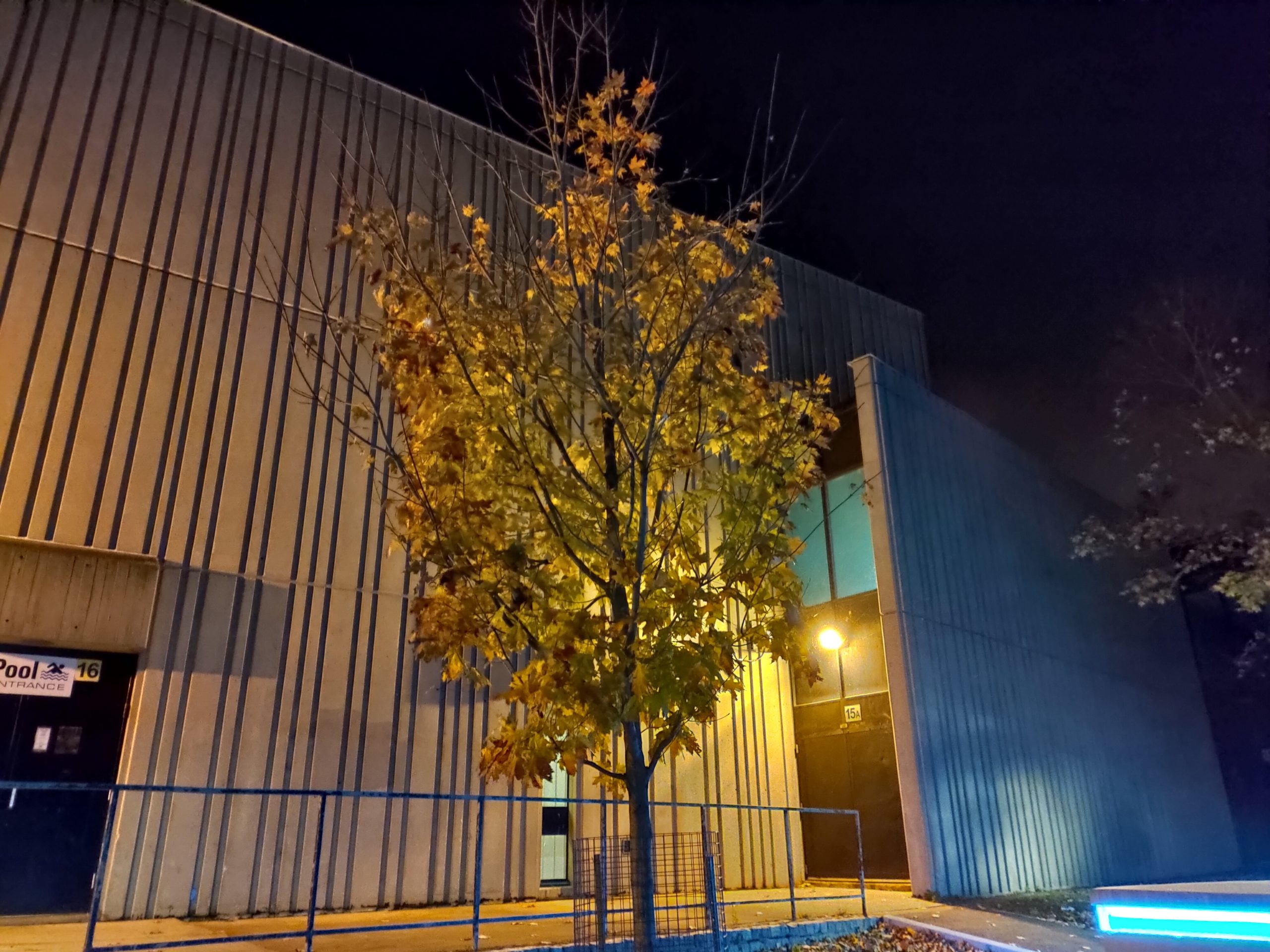 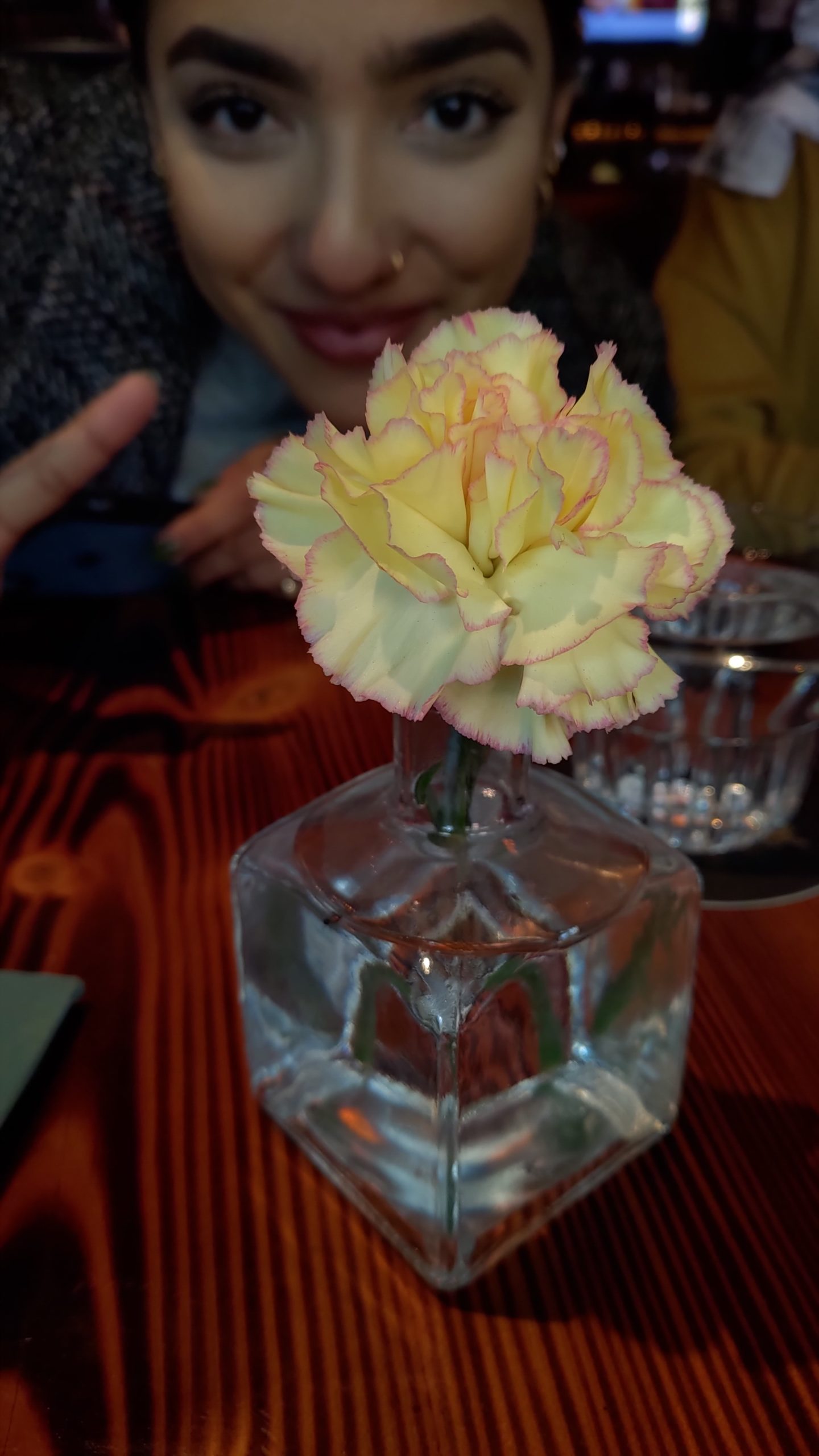 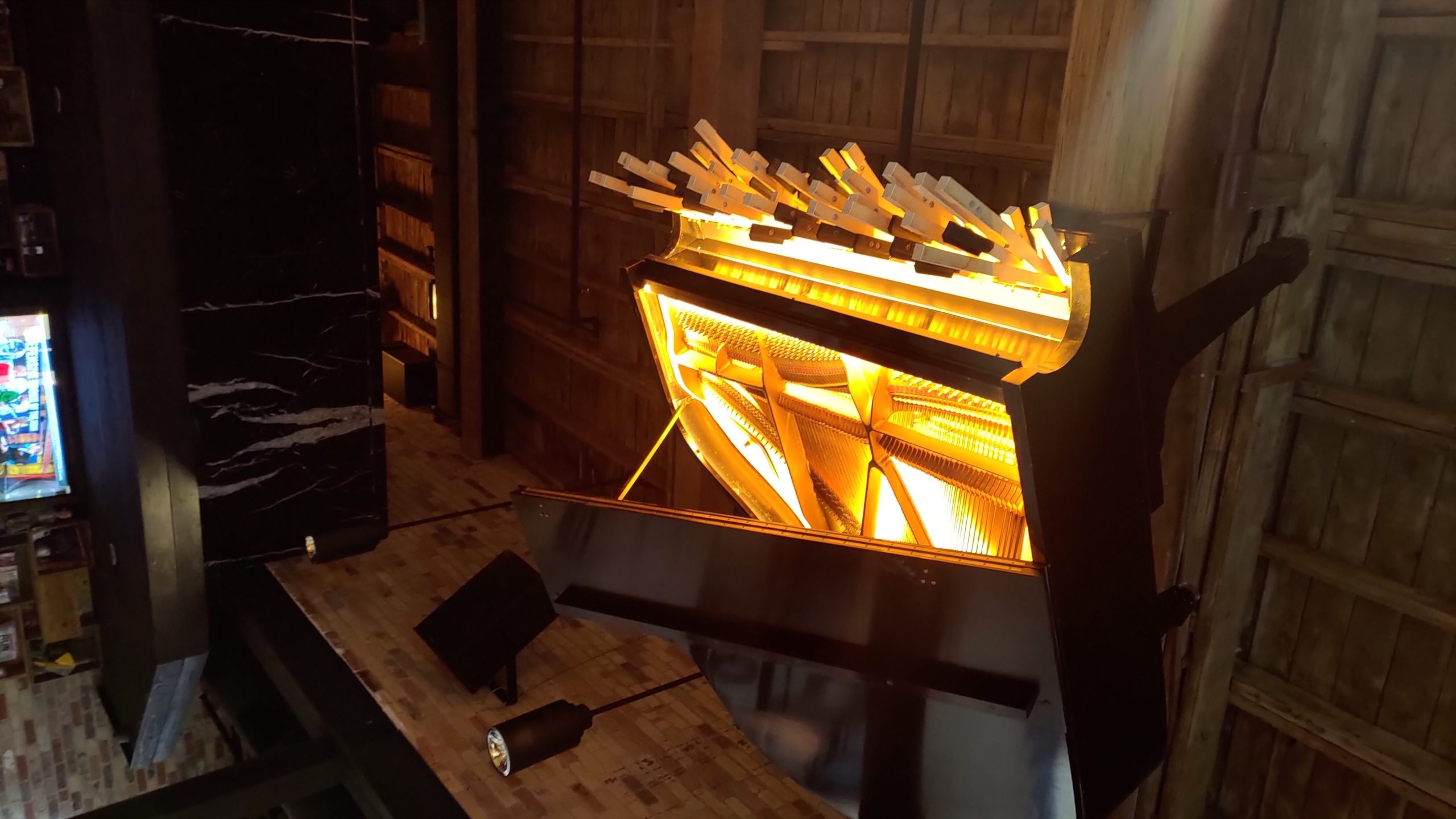 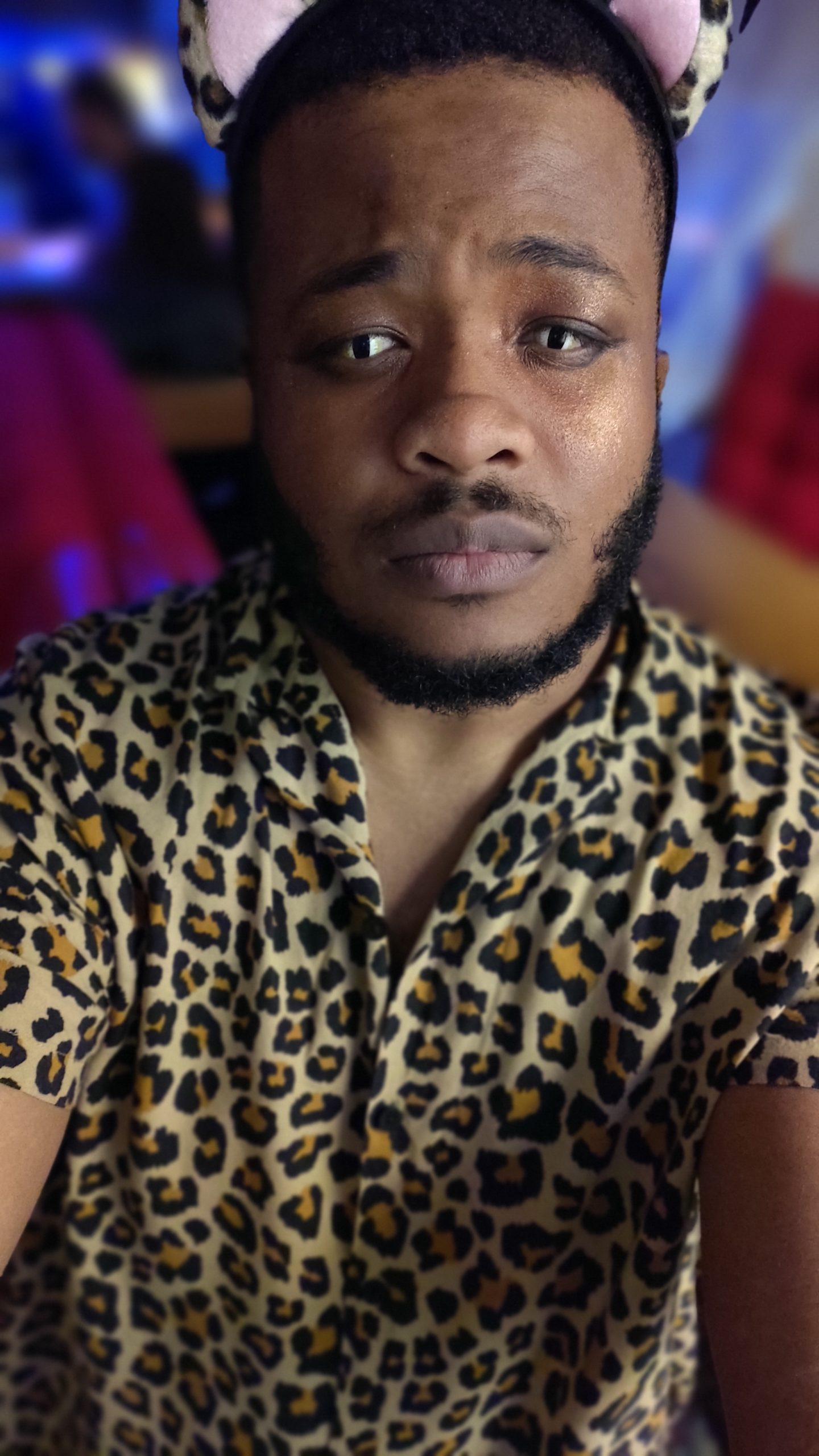 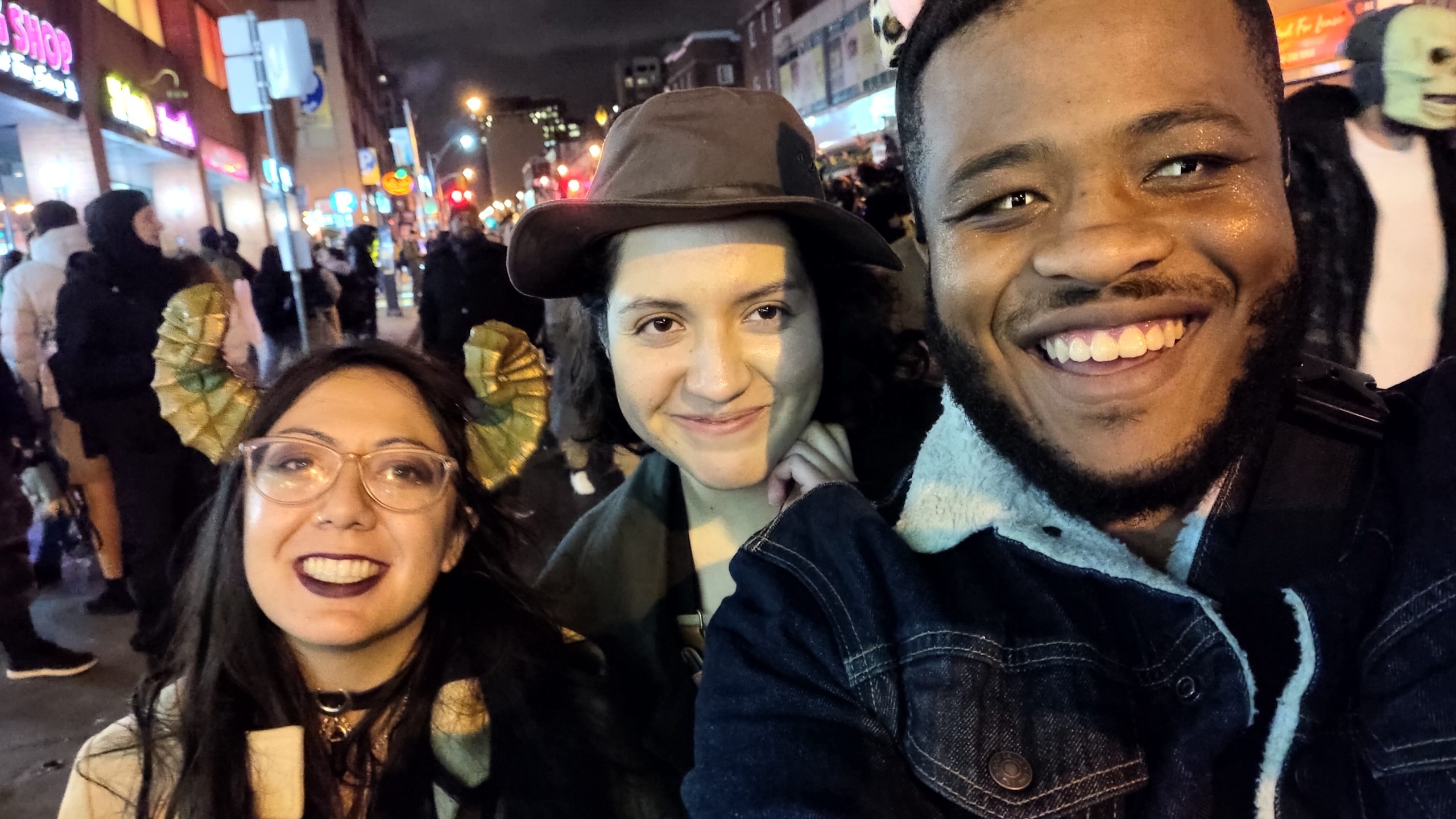 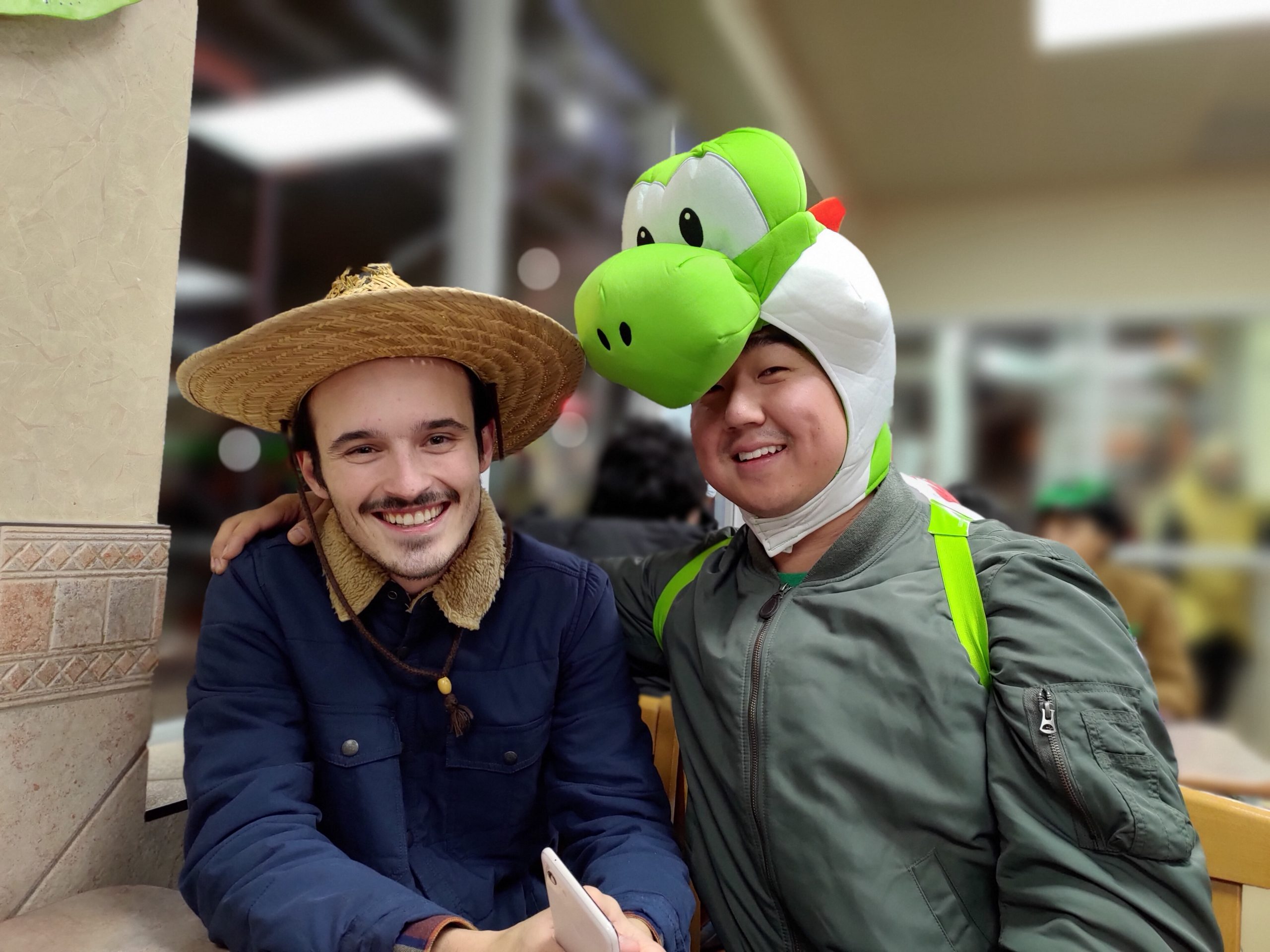 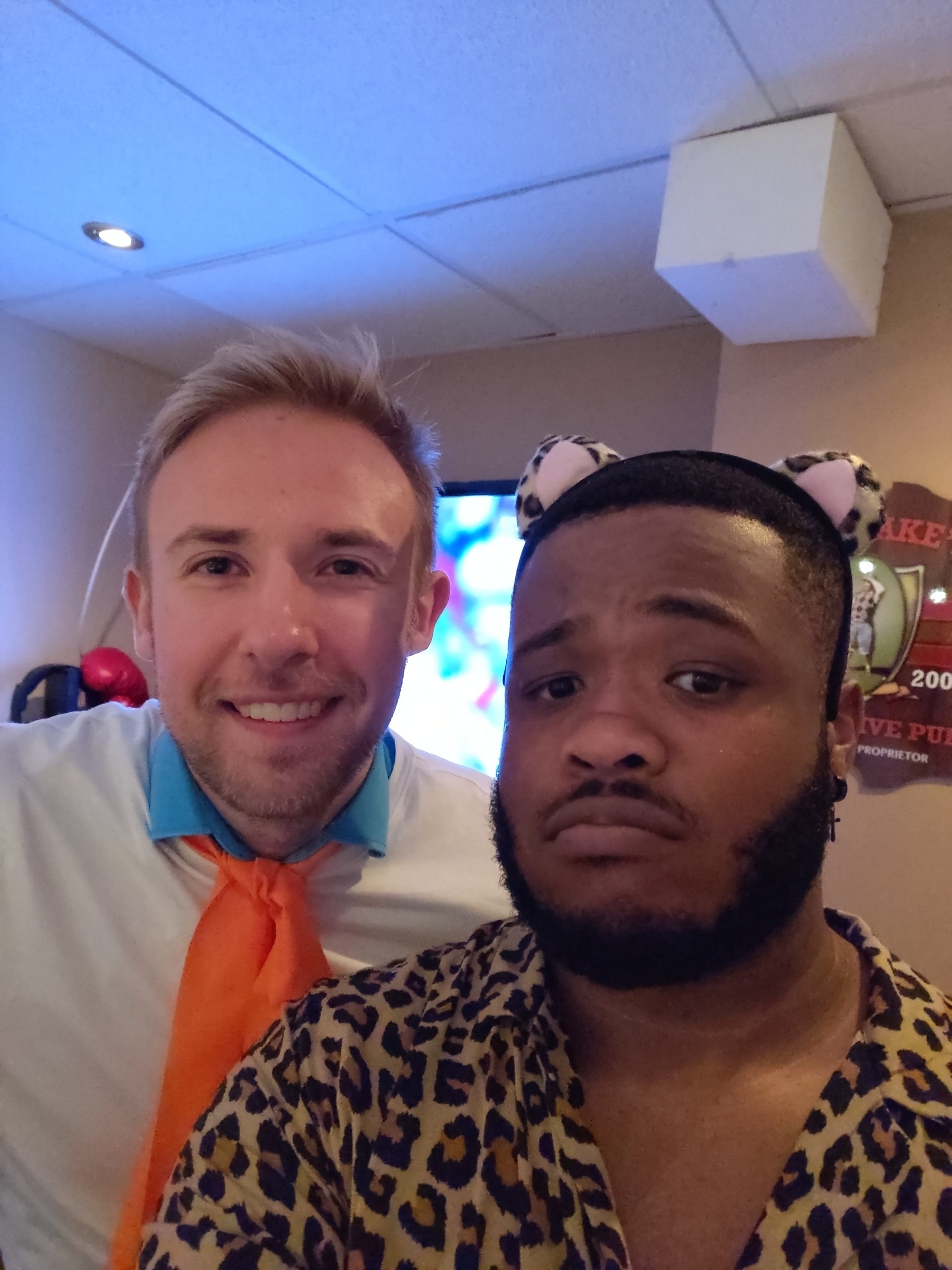 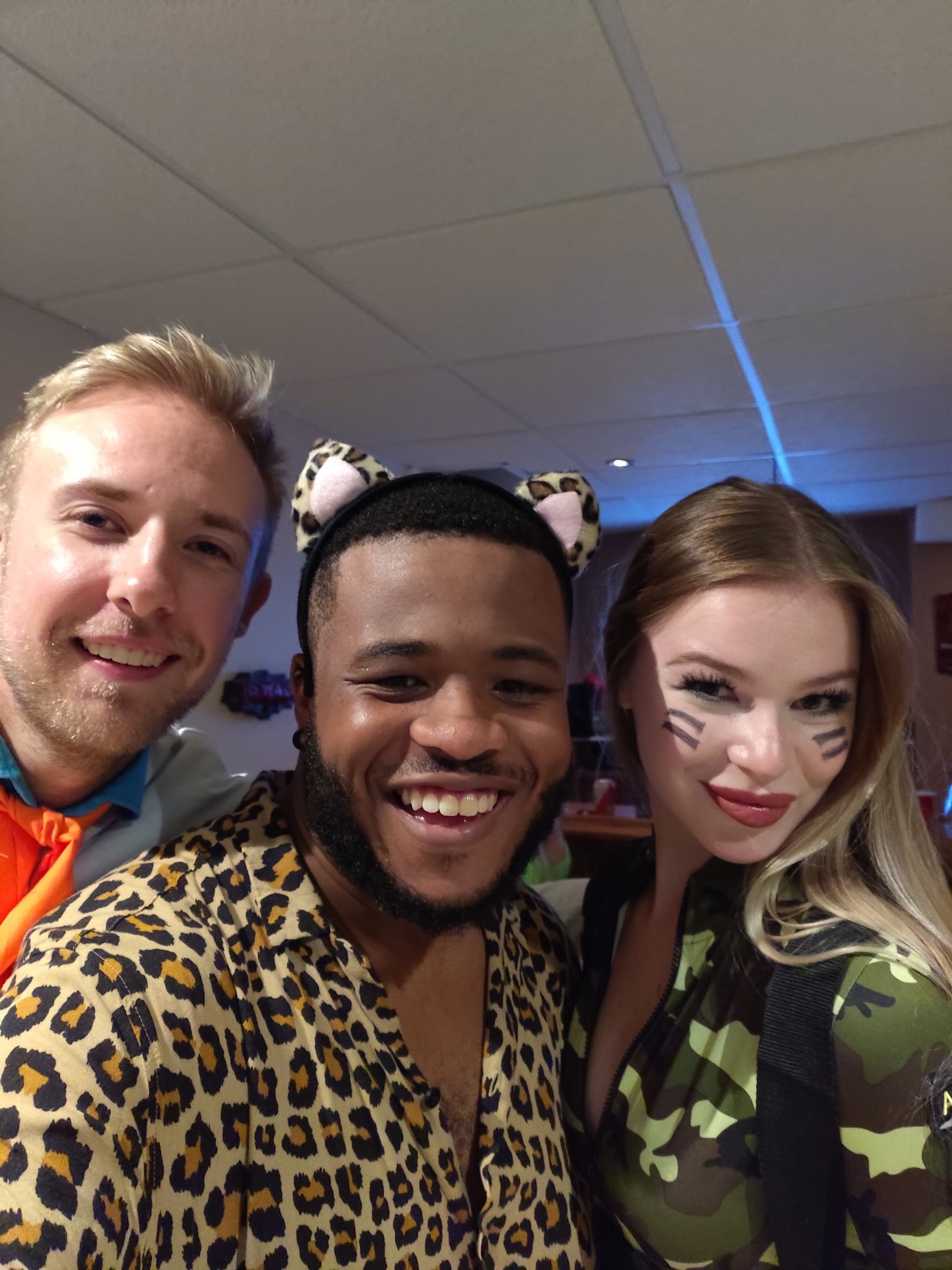 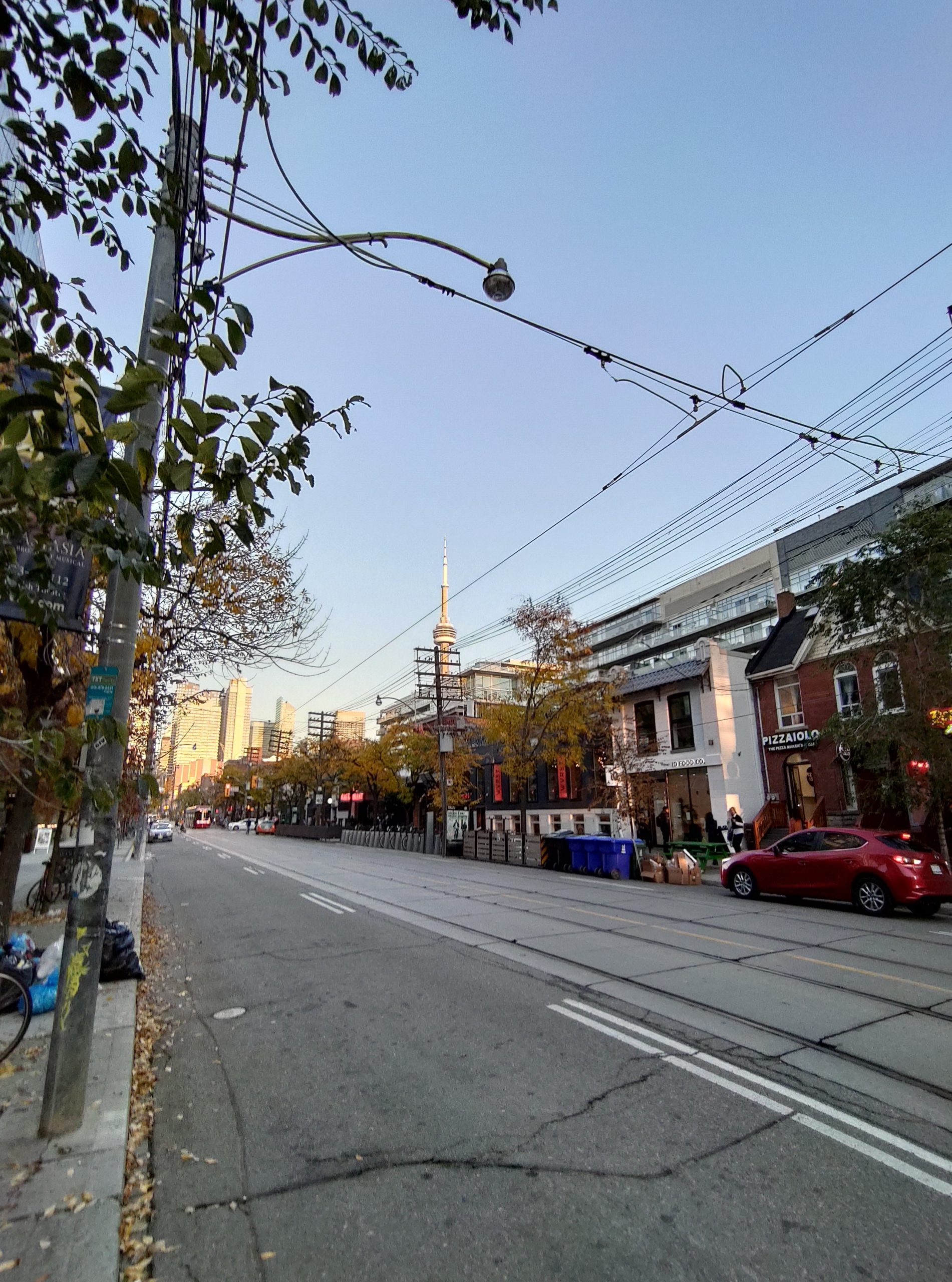 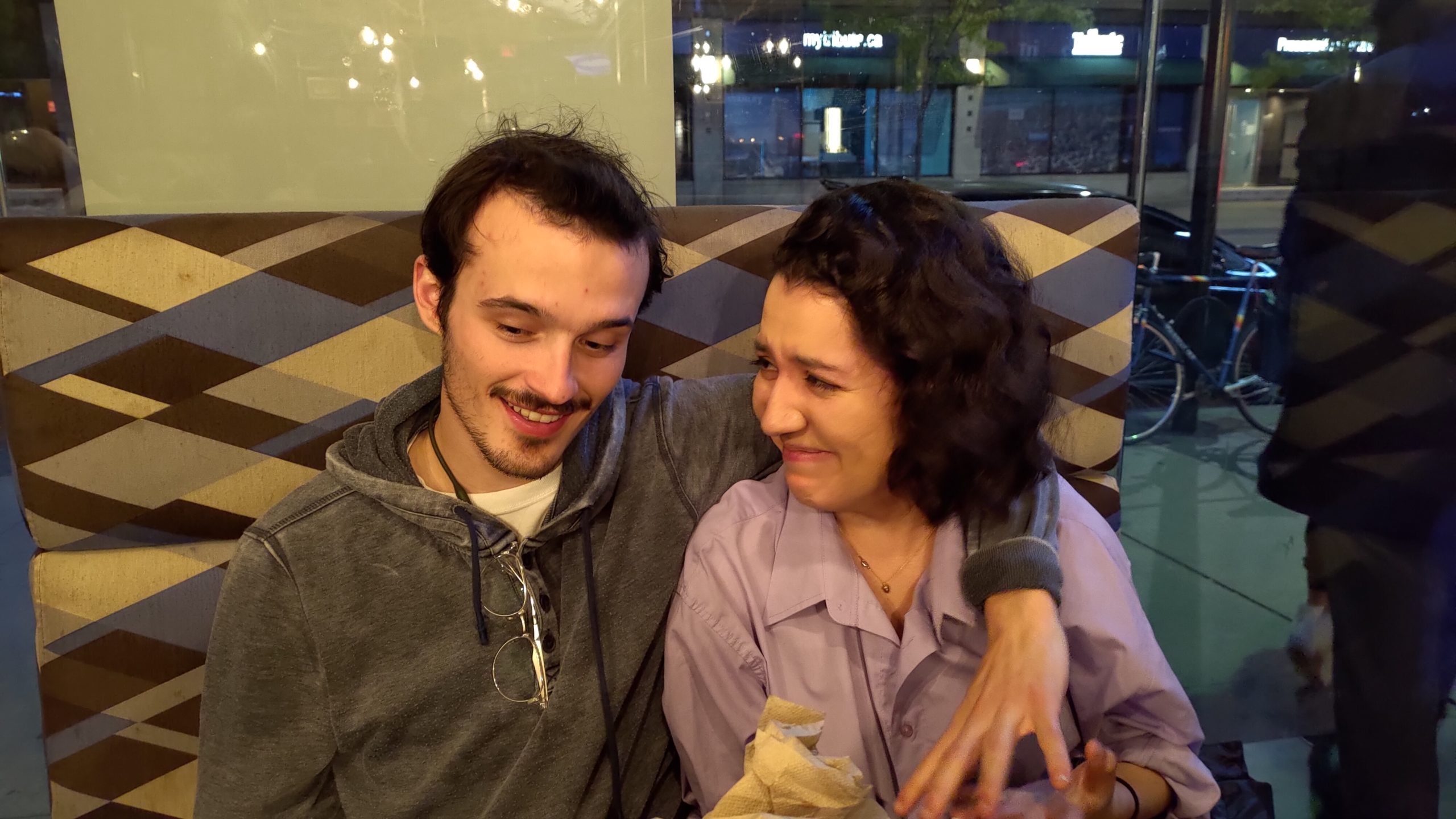 The ZF6 also has a night mode that I found worked decently when taking pictures at night. In Toronto with street lamps illuminating the area, the images looked good, but lacked detail and were soft. Zooming in made this more evident. This feature isn’t as good as what’s available in the Pixel or iPhone handsets, but I found it superior to Motorola’s and LG’s version of the functionality.

The ZF6 can use the primary camera to follow as a user moves around when taking videos. This is a pretty cool feature and allows users to keep the phone stable while the subject is moving around out of frame.

In my testing, the ZenFone’s front-facing camera makes a mechanical sound when it flips up. You can choose to hide that sound with another, I personally picked a whoosh sound that made it sound like I was going into hyperspace. Like the OnePlus 7 Pro, if you drop the phone, it’ll retract the camera immediately.

You can also manually close the camera with your hand and control how it moves with the volume rocker. If you’re afraid about the camera breaking, YouTuber JerryRigsEverything put it through its paces and it survives pretty well; you can check out the video here.

ZenUI is so clean 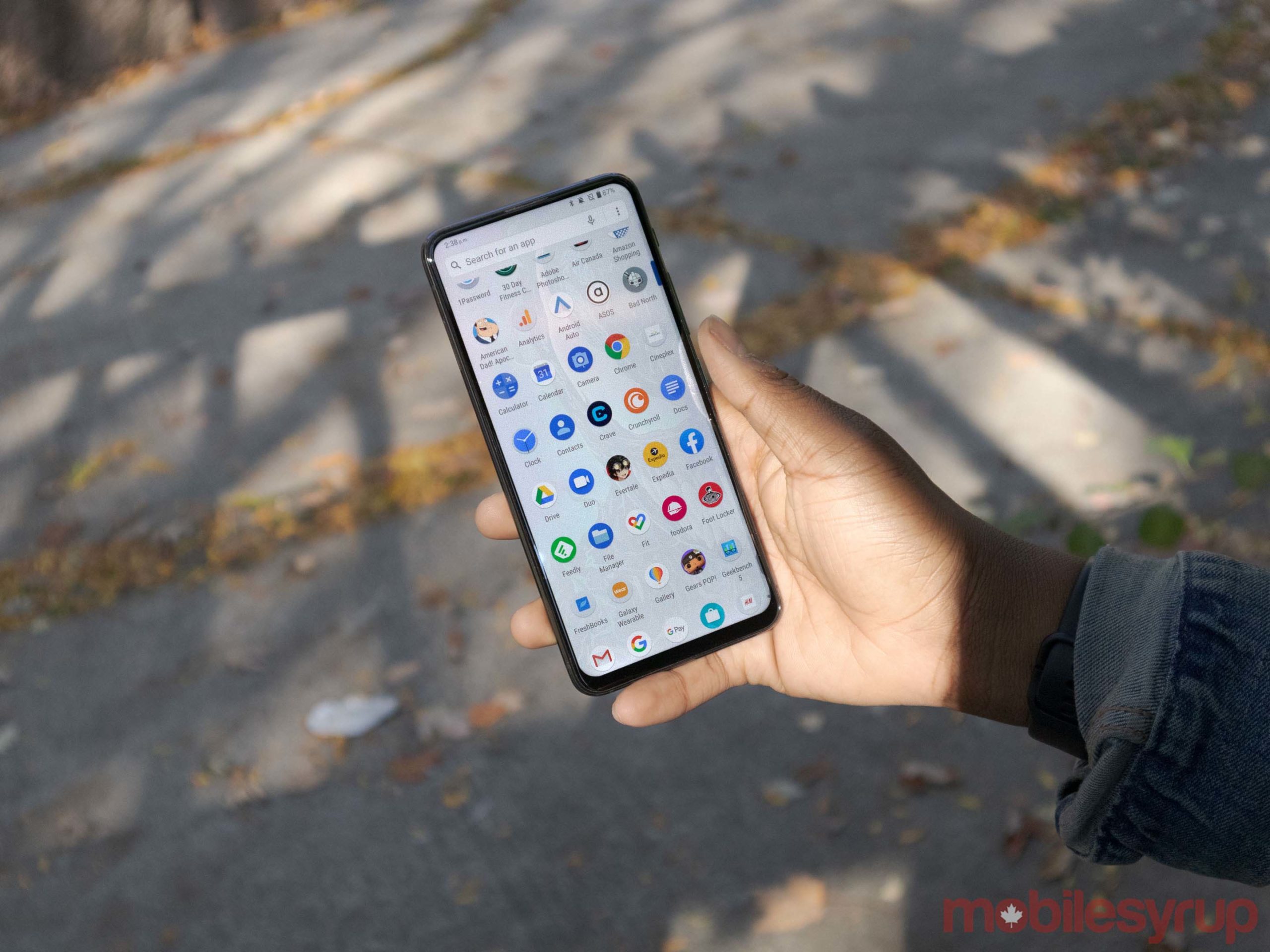 The ZF6 uses a Snapdragon 855 processor with 6GB of RAM. The phone is quick and can handle somewhat graphically intensive games like Evertale and Gears Pop! without getting hot.

Additionally, the ZF6 can keep more than 15 apps open without any hiccups.

What’s one of the best things about the device, however, is ZenUI 6. While ZenUI isn’t stock Android, it’s interface is slim and doesn’t include a lot of bloatware out-of-the-box. The few extra apps it does have, you can delete or hide. You can also lock apps so that you need a passcode or fingerprint scanner to get into them.

Even though the ZF6 has a fingerprint scanner, you can use the flip-up camera to unlock your handset. This works well, but sometimes I found the camera would try to flip up in my pocket, which was annoying.

Further, the ZF6 has an Assistant button. The button can be used to call Assistant or open the Assistant page, through long or short presses. You can also retask it to perform several functions like to toggle on and off your flashlight or NFC.

The ZenFone 6 is an impressive smartphone that sports top-of-line specs and a gimmick that works well. However, the device lacks water/dust resistance and wireless charging, which may be a non-starter for many people.

Most things about the ZenFone 6 were good, such as its display and camera, and others were great, like its speakers, battery, and ZenUI. But the major downside to the device is its limited availability.

The ZenFone 6 is $799.99 for the 64GB storage variant at Amazon Canada. However, if you don't have the money to spend outright, the ZenFone 6 may not be the option for you. Most buyers don’t purchase phones outright, which means they’re spending less money upfront for their device.

That said, if you're fine with dishing out $799.99, or $899.99 for the 128GB variant, the ZF6 is a solid offering. There are some better options on the market, like the OnePlus 7 Pro, the Galaxy Note 10+, or even Asus' ROG Phone II, but spending the extra cash for those phones may not be worth it if the ZF6 can supply you with everything you need.

The ZF6 won't be the top pick of the year for anybody, but it should be a go-to phone for many.

"The ZenFone 6 is an impressive smartphone that sporting top-of-line specs and a gimmick that well, works"