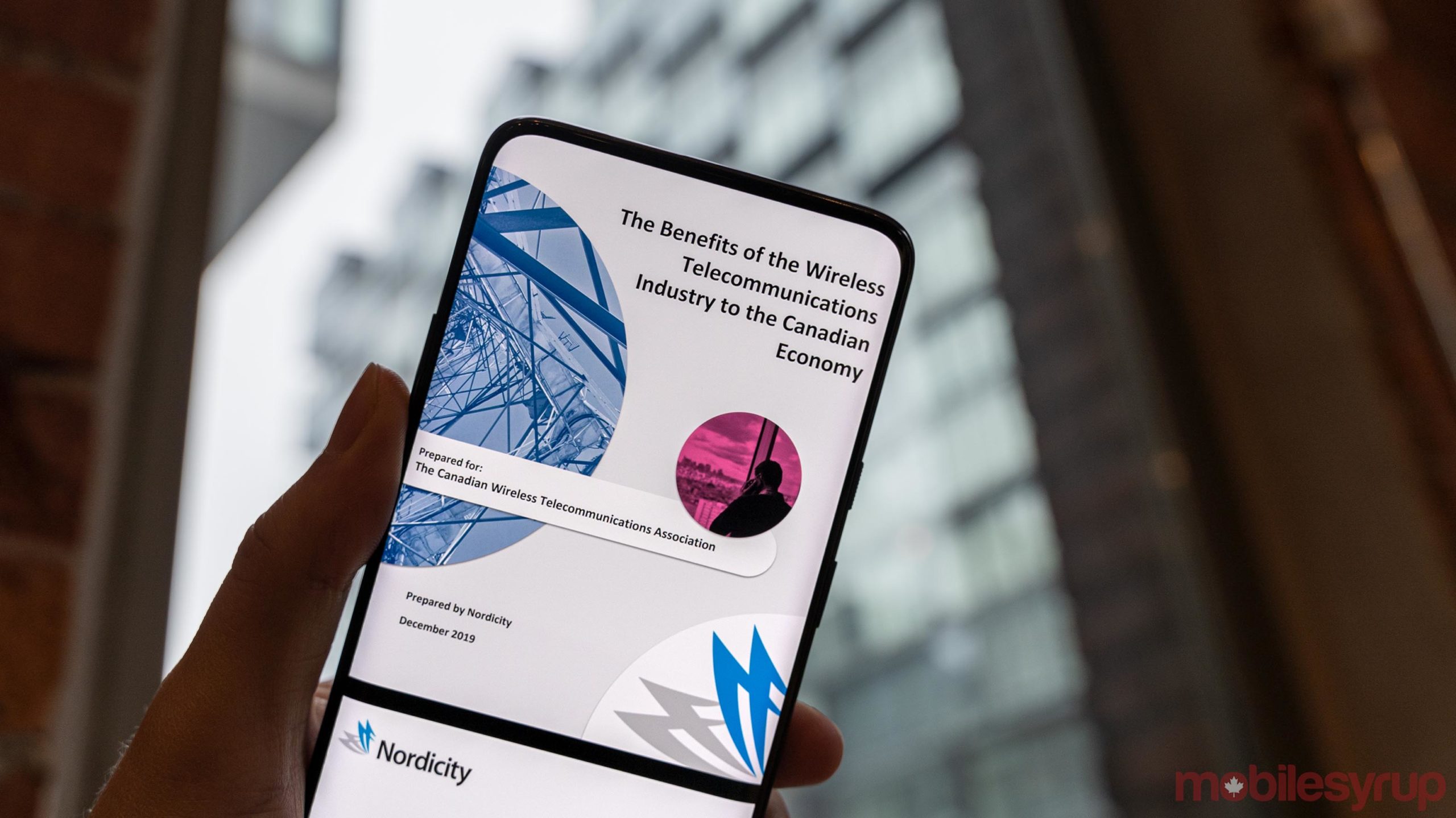 Canada’s telecom industry is a major force in the country’s economy, making significant contributions to the GDP, creating jobs and more, according to a new report from the Canadian Wireless Telecommunications Association (CWTA).

The CWTA, which represents companies that provide wireless products and services before all levels of government in Canada, commissioned the independent report. Developed by Nordicity, the report details the economic contributions of the wireless telecommunications ecosystem in Canada, the economic benefits of wireless penetration and more. It’s the 11th iteration of the report and covers the 2018 calendar year.

Some of the key findings in the report noted that Canada’s wireless industry contributed $48.2 billion to the country’s economy in 2018. That contribution represents about 2.5 percent of the total Canadian GDP, according to the report. Further, the Nordicity report notes that GDP contribution has grown at a compound rate of 7.1 percent annually since 2013.

The GDP contribution also includes $12.6 billion from productivity improvements enabled through the use of wireless services in other sectors, as well as $4.7 billion as a result of an increase in wireless penetration.

On top of that, the wireless industry generated 327,000 full-time equivalent jobs in 2018, according to the report. Job creation increased at an annual compound rate of 5.3 percent since 2013.

Another significant finding of the report was that facilities-based wireless network operators made $3.1 billion in capital investments in 2018 to expand and upgrade wireless infrastructure in Canada.

Along with the economic benefits, the report notes that in 2018, companies in the Canadian wireless telecommunications ecosystem generated $60.12 billion in revenues, a 15 percent increase over 2017. A 7.5 percent increase in demand for voice and data services drove the overall increase, despite a “steady decline in prices for mobile data usage.”

Nordicity’s methodology for the report includes primary and secondary research as well as economic analysis and modelling. Sources include a survey, published annual reports, Statistics Canada, the CRTC’s Communications Monitoring Reports and results were calibrated with previous years’ results from the Nordicity archives. Finally, once validated and verified, the data was fed through Nordicity’s Economic Impact Analysis model to determine economic impact.