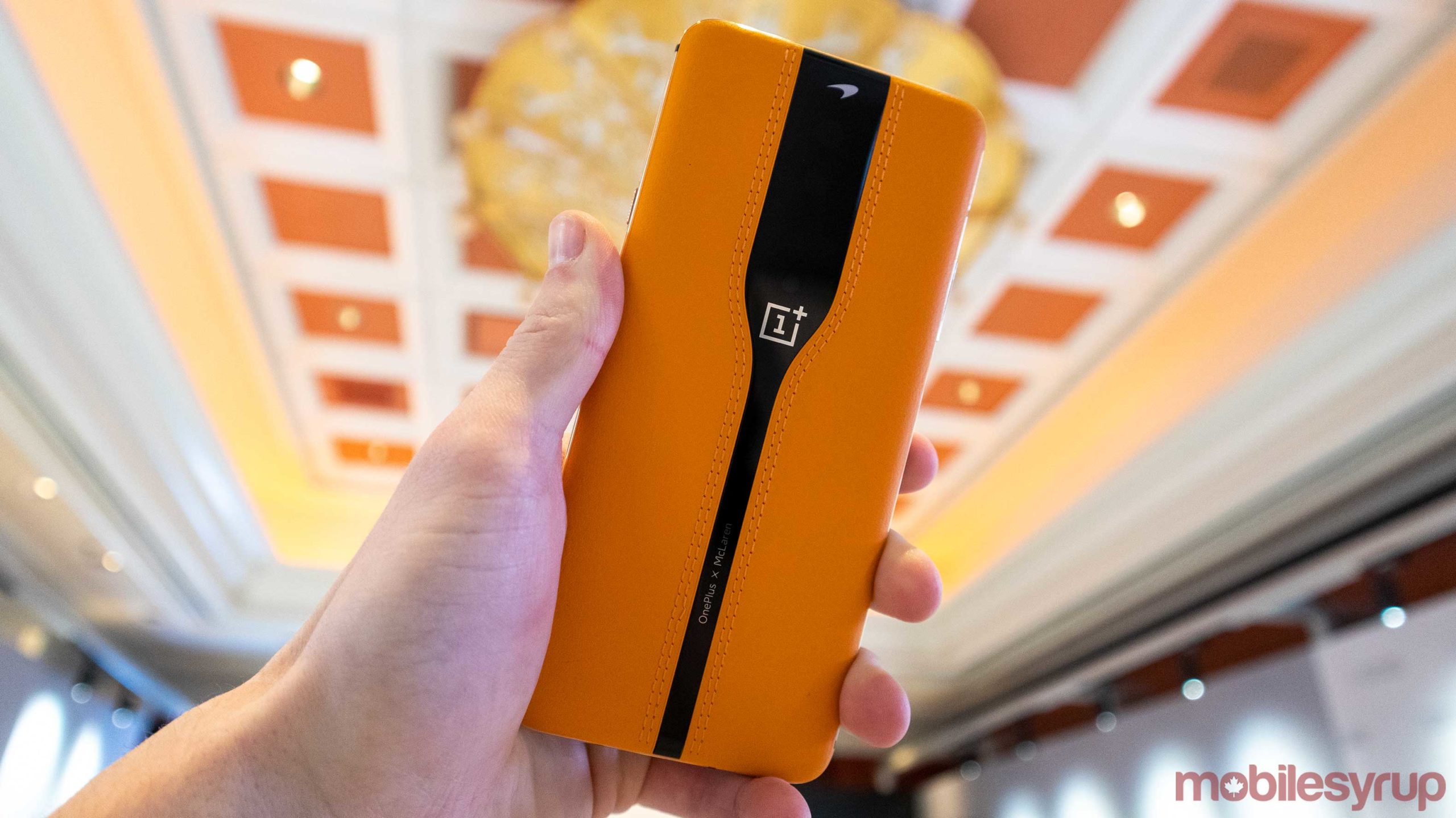 As smartphone manufacturers move towards larger, more intrusive camera bumps, the OnePlus x McLaren concept phone is going the other way by hiding its cameras behind a pane of tintable glass.

To most people, the phone will look very familiar. It uses the body of the flagship OnePlus 7T Pro, but the backplate has been replaced with two patches of McLaren’s Papaya coloured leather and the hidden camera. 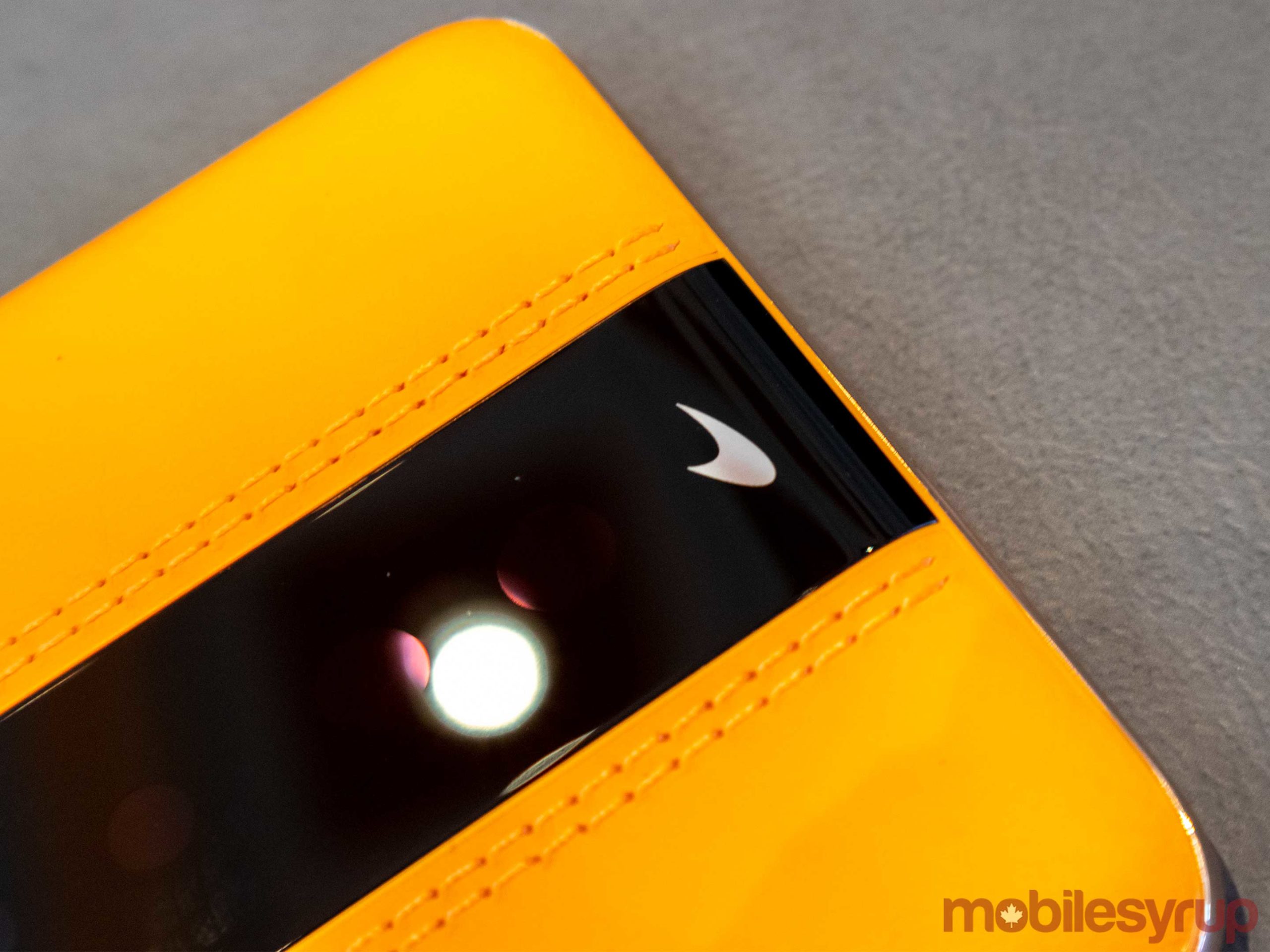 In your hand, the phone feels exceptionally nice with the leather giving it a softer and grippier feel compared to glass-backed phones like the OnePlus 7T. I haven’t held a leather-clad phone since 2015’s LG G4, and I really miss how nice the material feels.

The real star of the show is the disappearing camera. Hidden in the centre of the phone is the same camera module as the 7T Pro but with no bump. For users of the OnePlus 7T, which has a massive camera bump, this is good news for the future of phones.

It uses electromagnetic glass technology to pull off this feat. This means that depending on signals sent to the glass, it can shift from almost perfectly opaque to transparent whenever you activate the camera app. When you first glance at the phone’s hidden cameras, it’s nearly impossible to see the lenses, but shifting it under a bright light will give you a glimpse of them.

OnePlus also used some advanced engineering techniques to make the glass very thin and strong. Each sheet of glass in the case is only 0.1mm thin for a total thinness of 0.35mm. 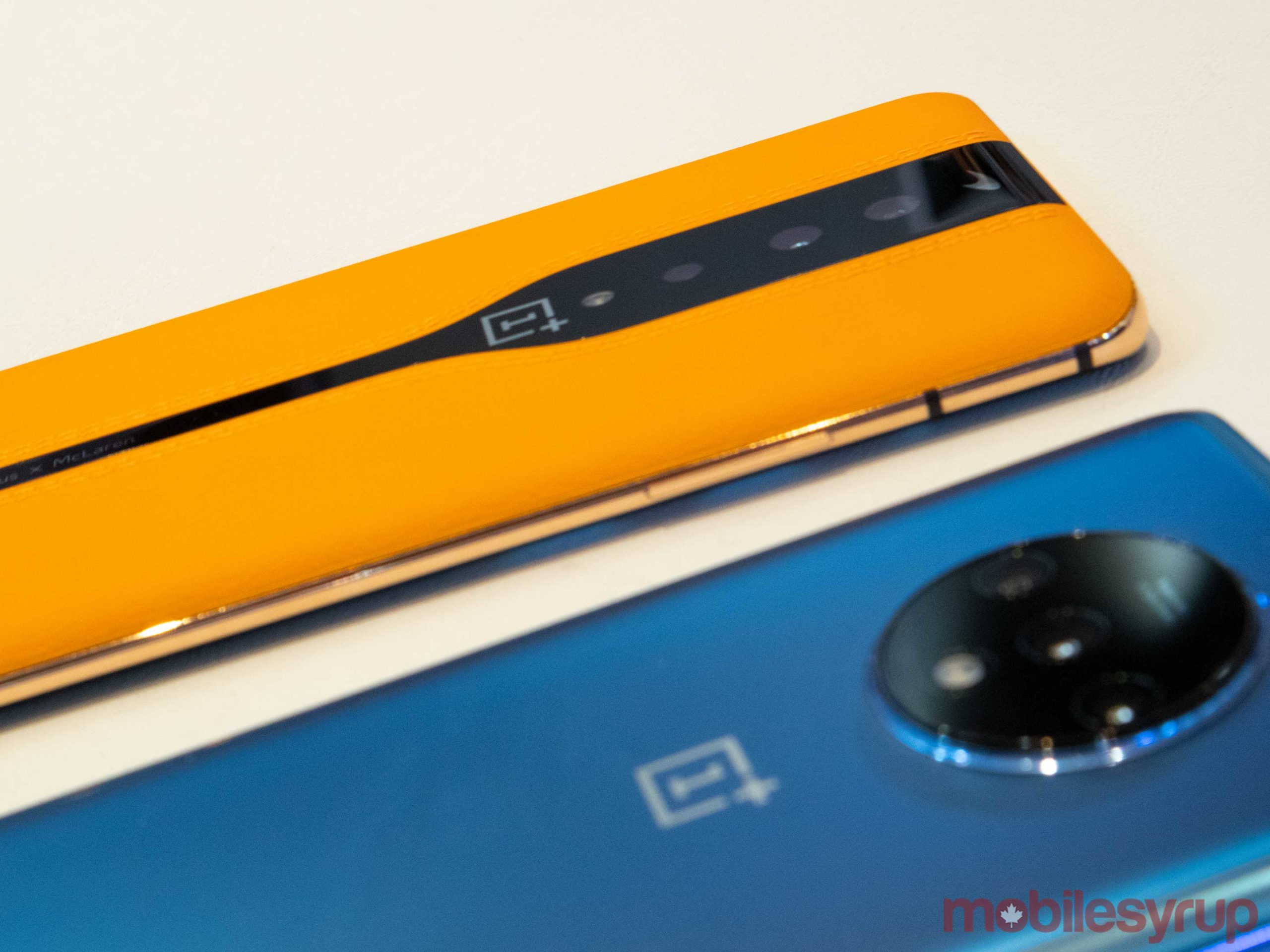 It’s also able to shift very quickly, with the company clocking it in at 0.7 seconds. In my hands-on time with the device, it made good on this promise, and every time I opened the camera I was presented with a clear picture.

It made sense for OnePlus to partner with McLaren on this since the McLaren’s 720S’ sunroof was the inspiration for the project. The 720S’ roof can tint itself depending on how much sunlight the driver wants in the car’s cabin. 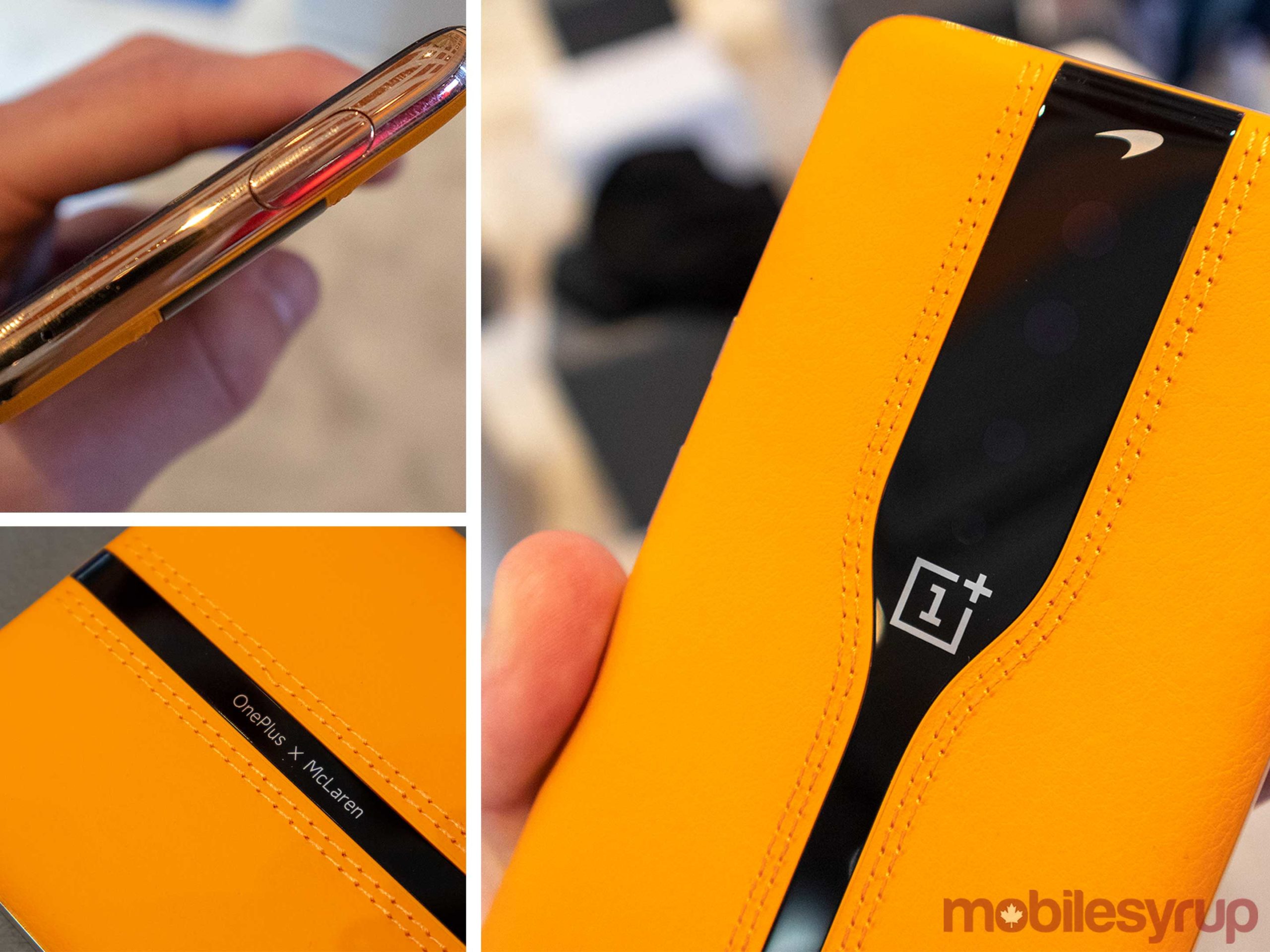 There are three lenses on the rear of the phone: a primary 48-megapixel sensor, an 8-megapixel telephoto lens and a 16-megapixel ultra-wide. While OnePlus isn’t particularly known for its camera arrays, I find that reactions to its photos are hit and miss. Some people love the cool look of the images, while others don’t.

If you’re shooting with the concept phone in ‘Pro mode’ you can even use the shifting shades of the glass to act as an ND filter — a tinted lens add-on that helps shoot in bright light — to help level out some of the bright highlights hitting the camera’s lens.

I wasn’t able to test this outside in sunlight, where I think it would excel the most, but indoors It seems to cut the light from the bright phone display cases that the company was using in the demo area.