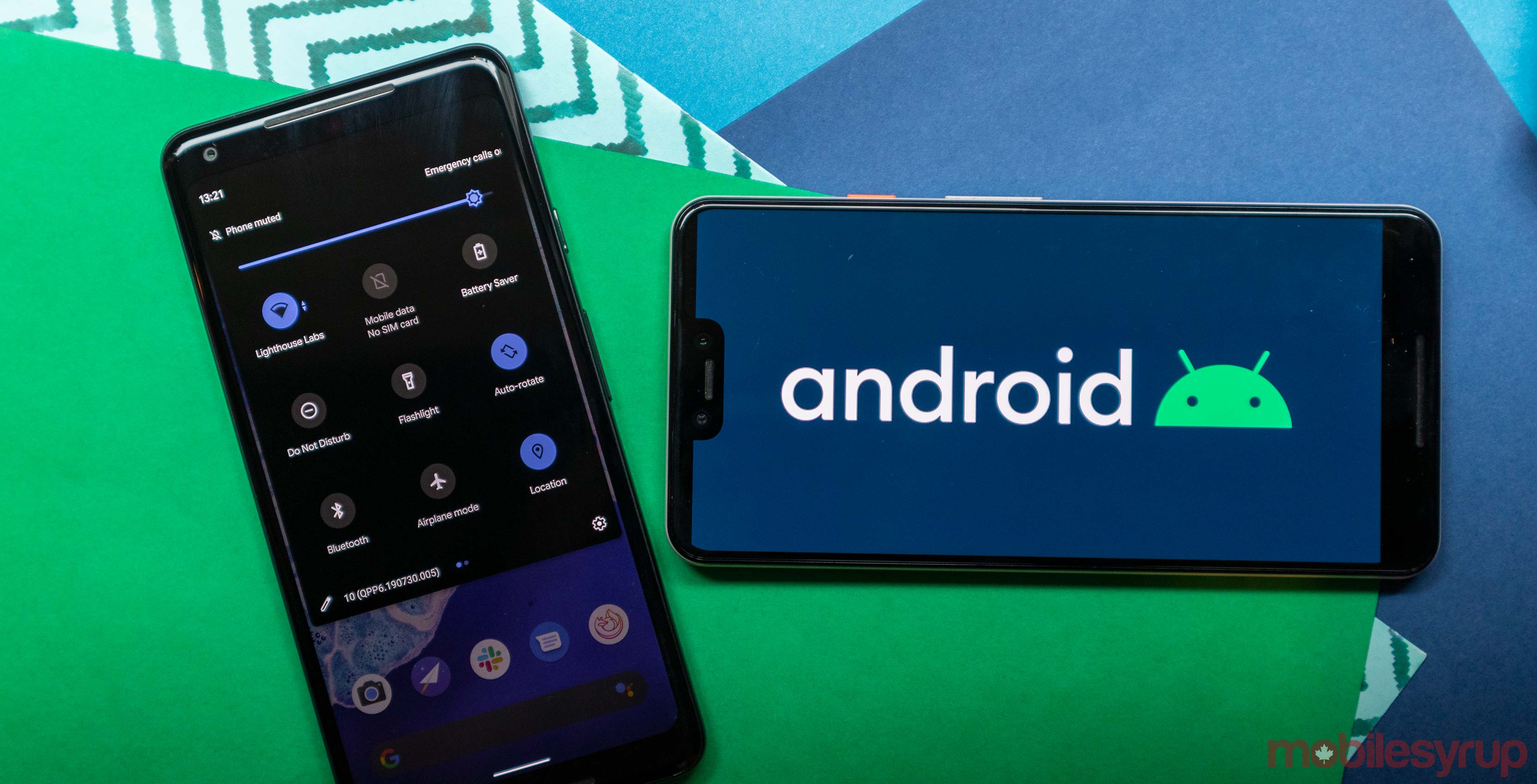 The next version of Google’s mobile operating system, Android 10, is finally here. After a lengthy beta, Android 10 is hitting devices with a bevy of new features. We’ve compiled a short list of the most important updates in the newest version of Android.

#Android10 is here ? and ready to help. Full of new and familiar features, Android is more inclusive, accessible and safer than ever. pic.twitter.com/uszOlbGm6P

From new notification controls to privacy improvements and even a brand new gesture system, there’s plenty to explore in Android 10. 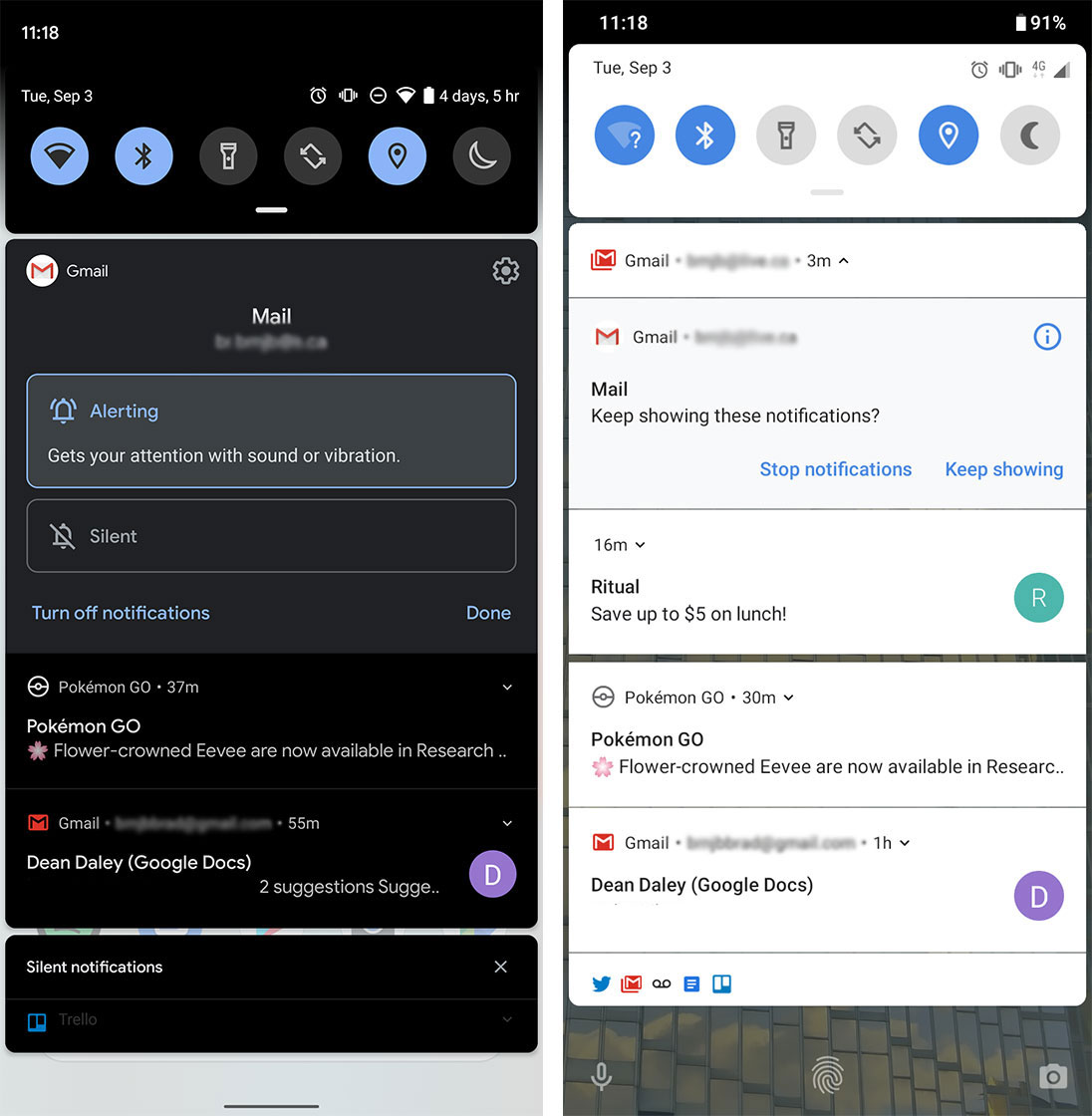 Android 10 has taken notification control to new heights, and honestly, it’s one of the best things about the update. First off, clearer language and control options make it easier to manage notifications. There are also more ways to make notifications less intrusive.

In Android 10, when you touch and hold on a notification, you’re given four options. The first, ‘Alerting,’ is the traditional notification with sound or vibration. There’s also a ‘Silent’ option which still shows the alert in the notification panel but doesn’t vibrate or play sound. There are also buttons to turn off notifications for that specific alert and a shortcut to the app’s notification settings.

Diving into the app’s notification settings reveals a more in-depth breakdown of how many notifications specific alerts within that app send you. For example, my phone says that I get around two notifications per day with my personal email account and four from my work account.

When Google isn’t trying to make notifications less intrusive, it aims to make them more useful. This is where ‘Smart Reply’ comes in. This feature adds contextual information to each notification that can help you get things done. For example, this could be a simple response on a message notification. Or if someone sends you an address, the notification shade might have a button on it that drops you right into Google Maps.

This feature launched initially in Gmail and gave users suggested replies to help streamline and automate the email process. Now Google has made it so instead of just suggesting natural responses, it will also pull internet-based information.

All you need to do is navigate to the Digital Wellbeing settings, select which apps you want to pause and then you won’t get notifications from them. Focus Mode will also lock you out of those apps so you don’t get distracted.

It’s worth noting that since the feature is tied to Digital Wellbeing, it’s only available on Android phones that have the service. Focus Mode is also launching in beta, so it may not be readily available for everyone. You can join the Digital Wellbeing beta on the app’s Play Store page. 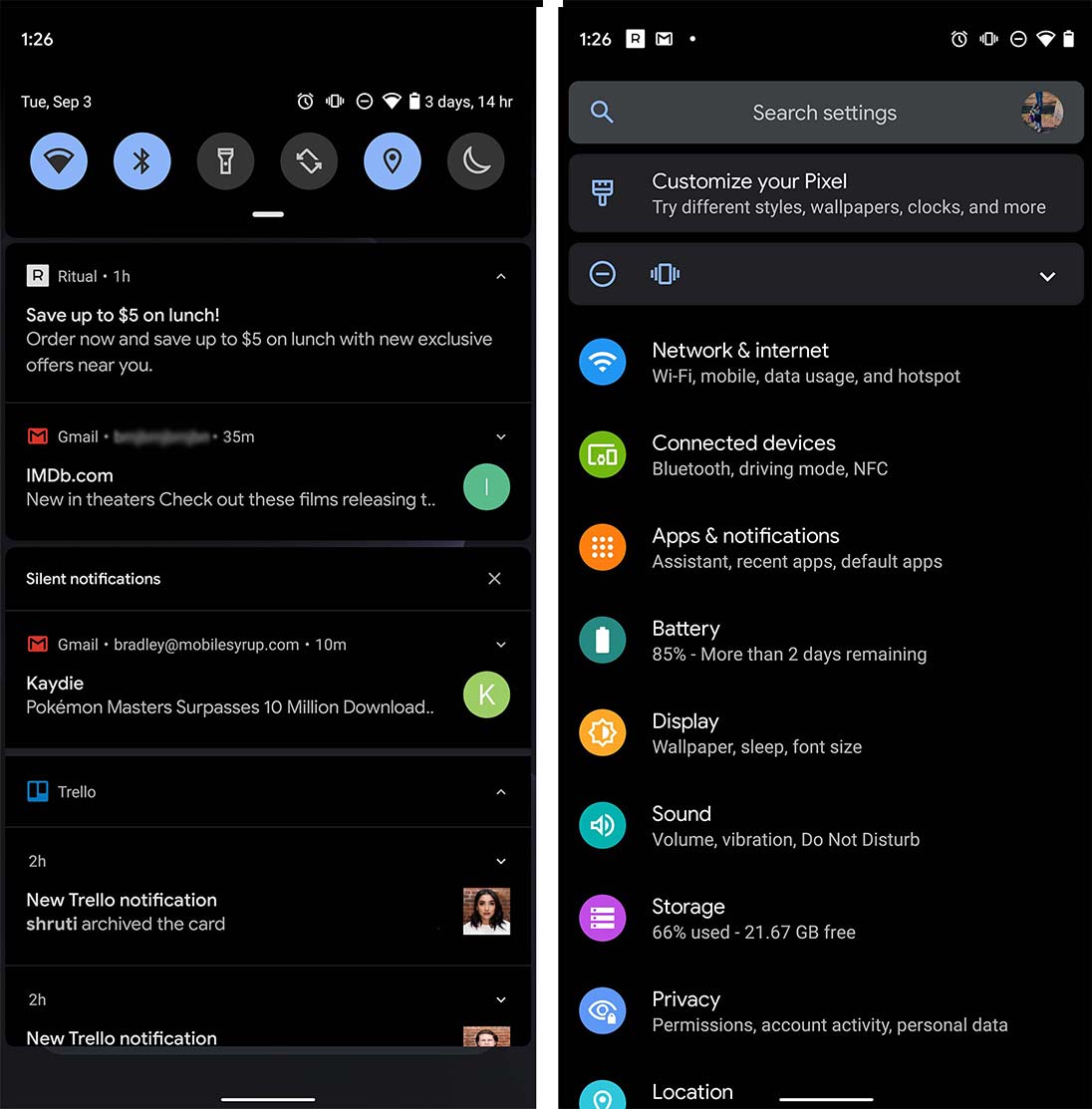 The most significant visual change to come to Android 10 is a new dark theme. Google has been (very) slowly updating all of its apps with dark modes throughout the year in anticipation of Android 10’s full dark theme.

The theme brings darkness to nearly every corner of the Android. This means that things like individual notifications and the Settings menu are black now. Plus, when you turn it on, some apps will automatically switch into dark mode to match.

Another odd oversight is that folders and the Google search bar widget within the Google Pixel launcher match the background instead of the dark or light theme, so if you want dark folders and a search bar, you’ll need to choose a dark background.

One interesting tidbit that kind of goes along with dark theme is that Google has added system accent colours to Android 10. If you dive to the bottom of your phone’s ‘Developer Settings’ there are eight new accent colours. Each one also has a light and dark theme-specific shade, so it’s kind of like having 16 colours. You can also change your home screen and quick settings panel icon shape in this menu. 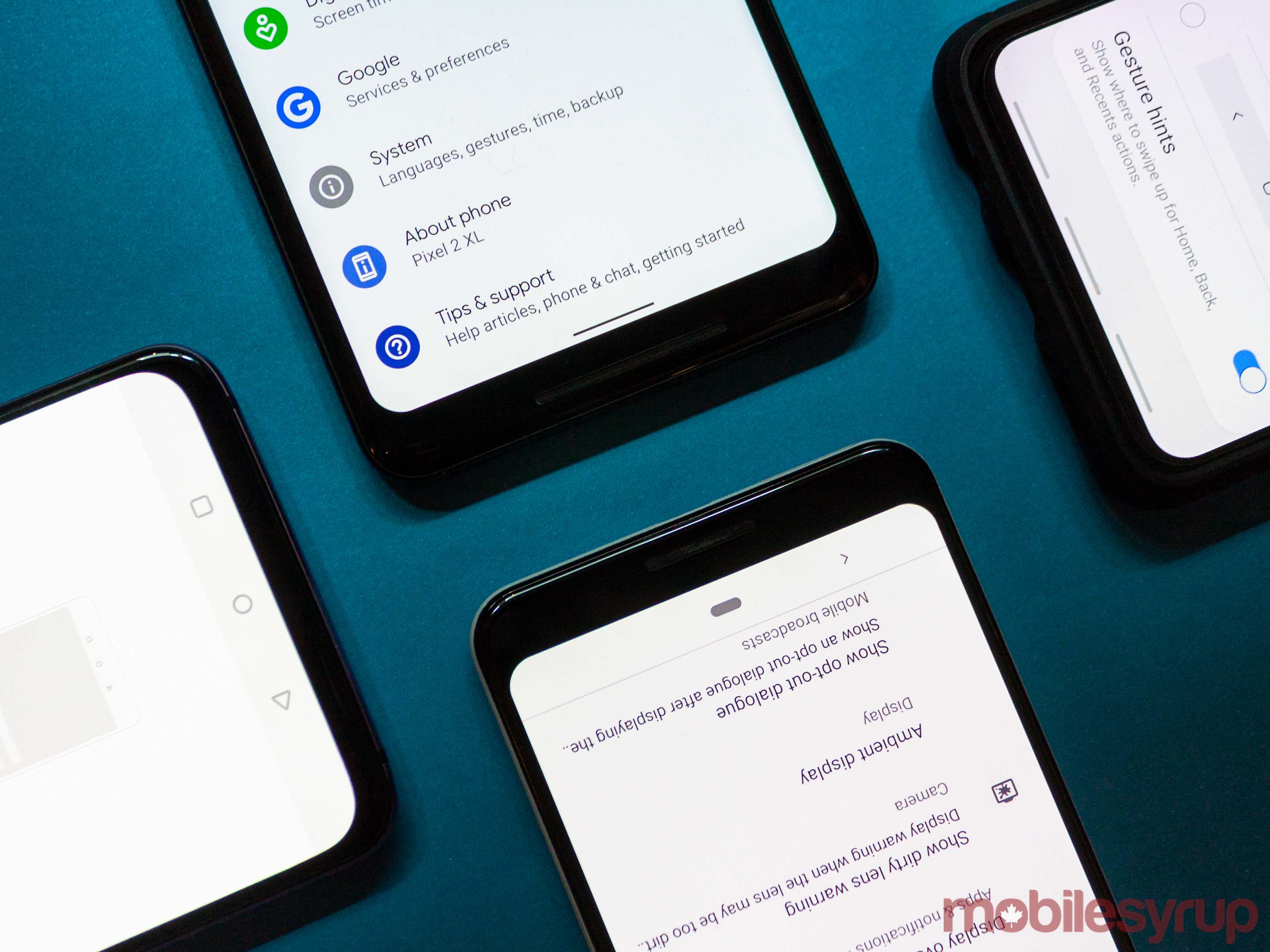 One of the headline changes in Android 10 is its new gesture navigation system.

Google put gestures through several revisions throughout the beta process, and early tests suggest the effort was worth it. Gestures in Android 10 feel great. While the system still isn’t perfect, it arguably now rivals the gestures featured in iOS in terms of usability and, in some ways, is even better than Apple’s navigation system.

The evolution of Android’s gestures started with Android 9.0 Pie, which brought the infamous ‘pill’ system. This feature felt like a half-step between fully gesture navigation and the old three-button navigation that Android relied on before. In many ways, the pill system was worse than both.

Android 10 drops the pill-navigation system entirely, opting instead for a small, thin line along the bottom of the screen. Swipe up on the line to go home. Swipe left or right to switch apps. And, of course, swipe in from the edge of the screen to go back. There’s more, but the point is that every significant function is accessible through a gesture now. The gesture system is remarkably smooth and refined — it feels excellent, which counts for a lot.

Google did a lot of research and testing on the new gesture system. It also partnered with several manufacturers to ensure Android gestures remain consistent across devices. You can read more about all the work that went into Android 10’s gesture system here. 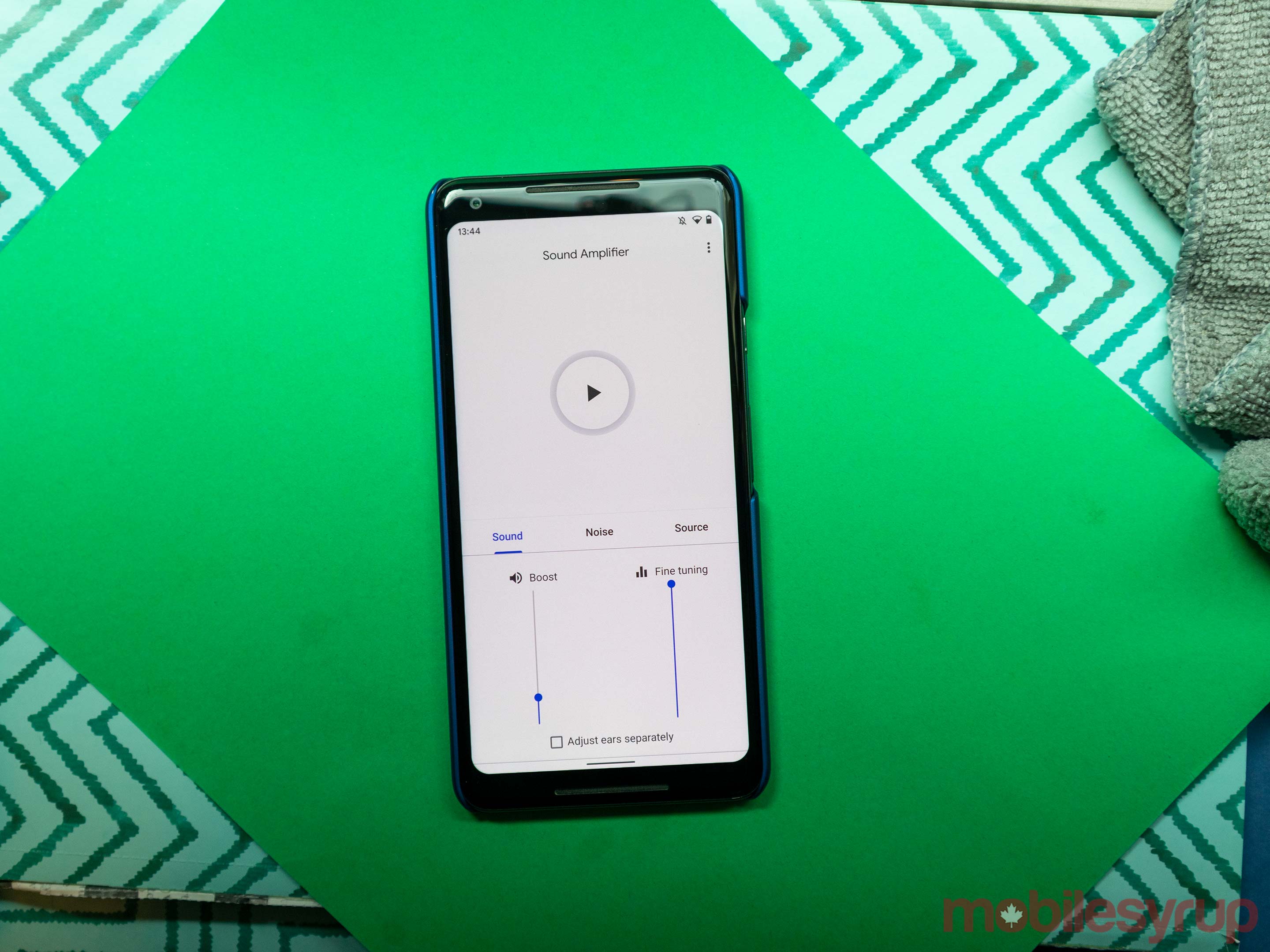 One of the other significant changes with Android 10 is an effort to make the mobile operating system more accessible. Google built several intelligent features into the latest version of Android that will prove vital to many users.

For example, the new ‘Live Caption‘ feature looks like a useful addition to Android that makes it easy for users to ‘read’ audio. Essentially, turning on Live Caption in Android 10 will let the OS automatically caption audio, whether it’s from a video, podcast or even an audio message.

We’ll need to do more extensive testing with Live Caption to see how accurate it is, but if it works well, it could be a game-changing feature for a lot of smartphone users. It’s also worth noting that Live Caption won’t be in Android 10 at launch. The feature is set to launch later this year.

Another accessibility feature in Android 10 is ‘Sound Amplifier.’ While this feature is already available for Android users who download it from the Play Store, it’s another way Google is improving access to system features.

Sound Amplifier allows users to boost sounds, filter background noise and fine-tune audio coming out of their phones so they can hear more clearly. For example, this could help make it easier to listen to a podcast on a noisy streetcar.

The feature also lets users customize sound separately for each ear, which is excellent for people with hearing issues.

While we’ve only highlighted a few of the Android 10 features, these show a shift towards a more accessible mobile ecosystem. Hopefully, the trend continues, and Google continues to update and expand Android to help people. 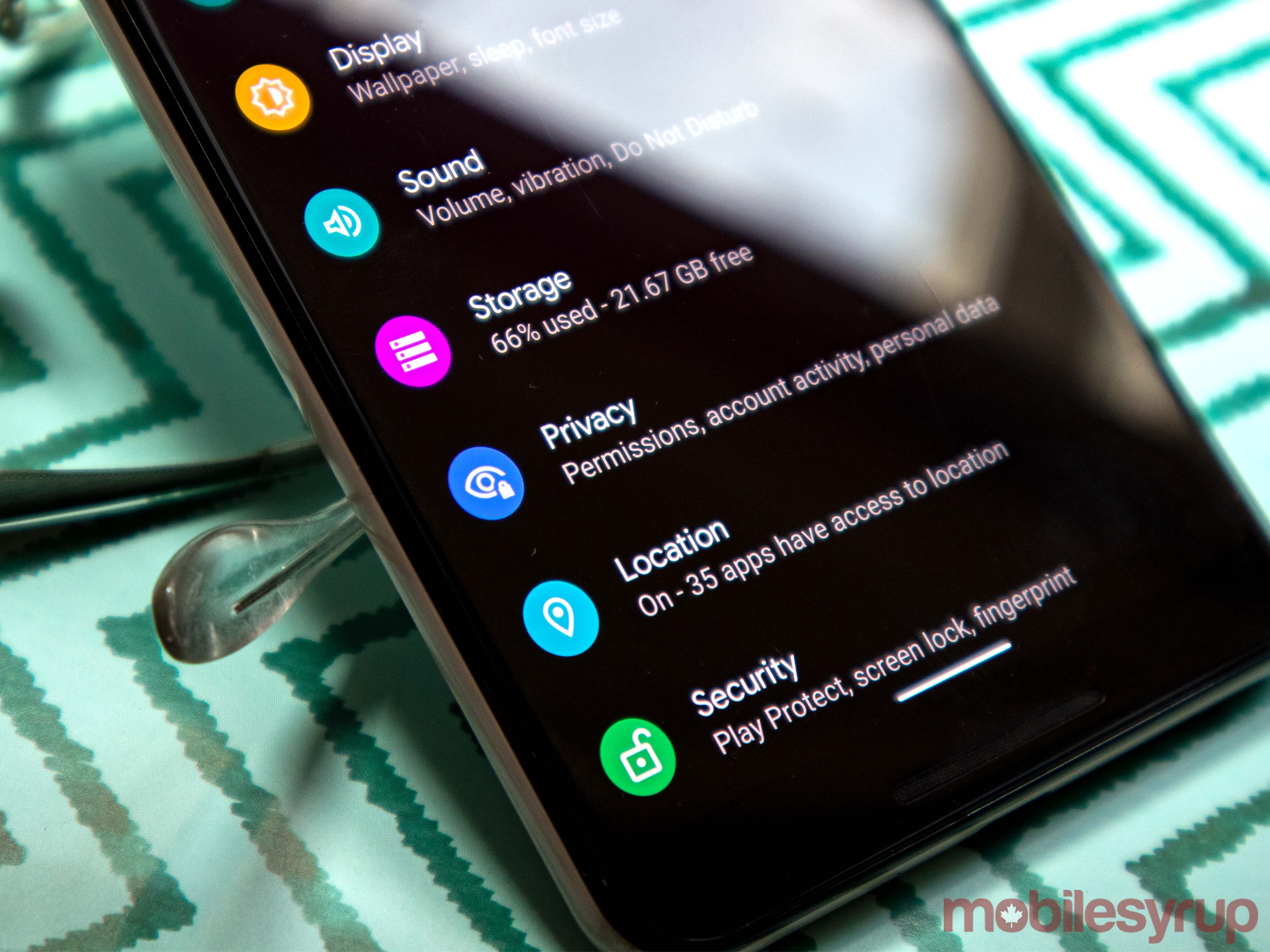 While not a flashy change, Google’s improvements to privacy, permissions and security in Android 10 are arguably the most essential things in the update.

Google outlined new ways Android can help protect data and privacy. For one, Google added a menu to the Settings app that consolidates all the privacy controls in one place.

Additionally, there are new controls for how long your phone stores web and app data. Users will be able to control what data is stored, and for how long. Another new control is an option to opt-out of ‘ad retargeting and personalization.’ It isn’t entirely clear what this does, but according to a description in the Settings app, the opt-out feature instructs apps “not to use your advertising ID to build profiles or show you personalized ads.”

On top of all this, Android 10 finally addresses a long-standing issue with how apps can access location data. For a long time, users had to give apps complete access to location, or no access at all. Now, Android 10 will restrict apps to access location only while the app is in use. This should cut down on apps snooping on your location in the background without your knowledge.

Another exciting change in Android 10 is that Google can now push out security updates via Google Play. Yup, you read that right: Google Play can now install security and privacy updates, which means updates should come even faster than before.