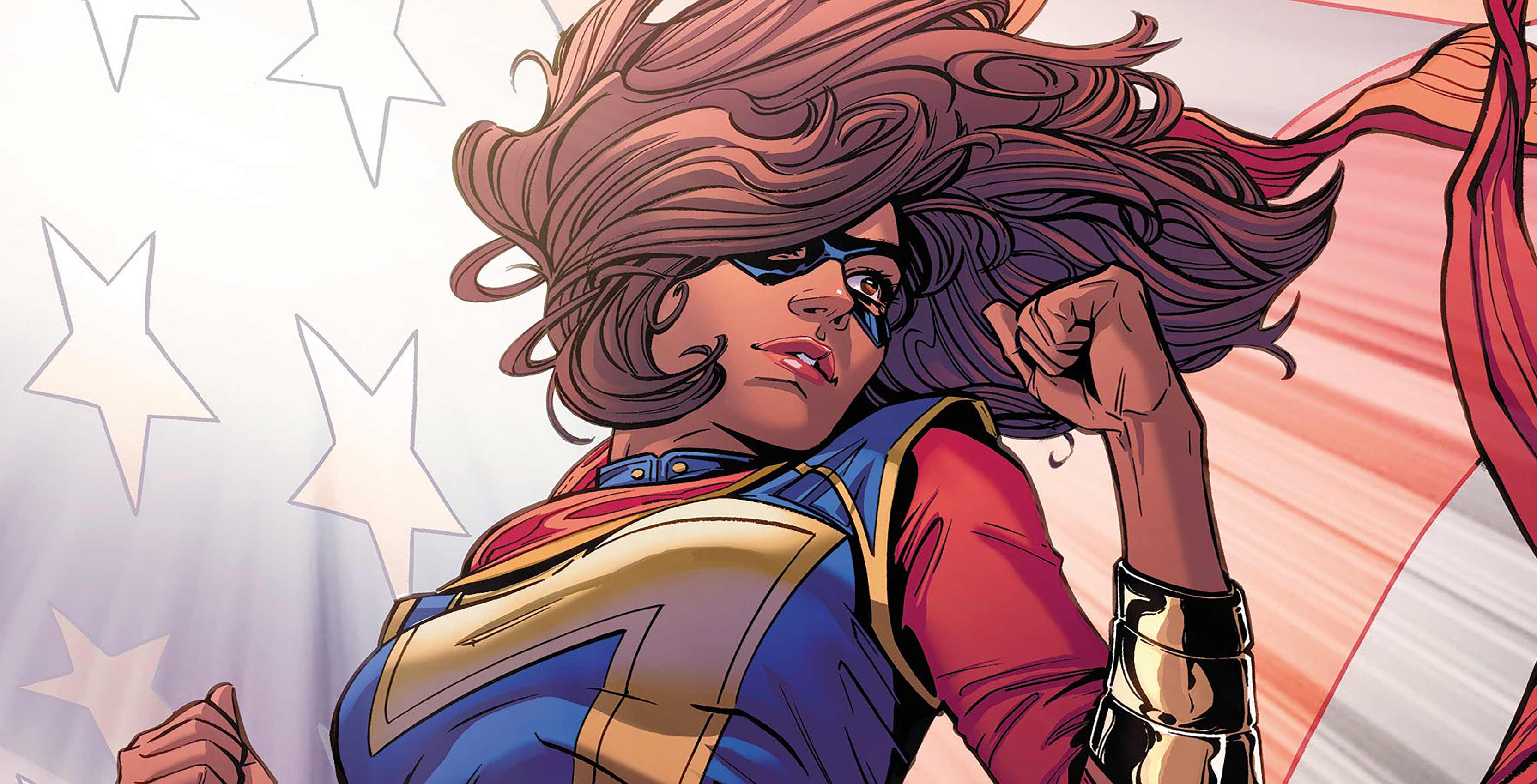 As it stands, little information has been revealed about any of these series beyond the official logos.

Just announced at #D23Expo, MS. MARVEL, an original series from Marvel Studios, only on Disney+ pic.twitter.com/serwRYXsRG

Moon Knight, by contrast, is a vigilante who struggles with multiple personalities and a lack of a moral compass.

Just announced at #D23Expo, MOON KNIGHT, an original series from Marvel Studios, only on Disney+ pic.twitter.com/iMHyl7BuAQ

Finally, She-Hulk is a lawyer who turns green and develops superhuman strength after receiving a blood transfusion from her cousin, The Hulk.

Just announced at #D23Expo, SHE-HULK, an original series from Marvel Studios, only on Disney+ pic.twitter.com/fUrYwfGLOQ

Each show will be set in the Marvel Cinematic Universe, the same franchise that the Avengers films take place in. Marvel has said it intends for the events of the TV series to affect what happens in its movies. As such, it’s likely that other characters from the films will appear in these shows, and vice-versa.

For instance, Mark Ruffalo’s Bruce Banner/The Hulk, who was last seen in Avengers: Endgame, would presumably appear in She-Hulk given the characters’ connection. Likewise, Ms. Marvel draws her superhero name from Captain Marvel, the character played by Brie Larson who introduced in her own movie earlier this year. However, specific casting or plot details have yet to be revealed.

With the reveal of these three shows, there are now eight Marvel Studios confirmed to be in development for Disney+. The five previously confirmed series are:

This has been a big month for Disney+. Earlier this week, Disney confirmed that the series will debut on November 12th in Canada, day-and-date with its launch in the U.S.

Disney+ will cost $8.99 CAD/month or $89.99 CAD per year. The service will be available on a variety of platforms, including Android, iOS, PlayStation 4, Xbox One and Roku.