Google has revealed more details about the upcoming Pixel 4, including showing off two new features planned for the device.

The next generation of Pixel smartphone will sport a ‘Soli’ sensor, a miniature motion-sensing radar, as well as face unlock.

Google says its Advanced Technology and Products team (ATAP) worked on Soli for five years. The Pixel 4 will include the sensor at the top of the screen next to the earpiece.

The search giant said in a blog post that Soli will combine unique software algorithms and hardware to recognize gestures and detect when a user is nearby.

Pixel 4 will be the first device with Soli, which will power its Motion Sense features, allowing users to skip songs, snooze alarms and silence phone calls with a wave of the hand. Google says Motion Sense will improve overtime as well.

Motion Sense will only be available in “select Pixel countries.” 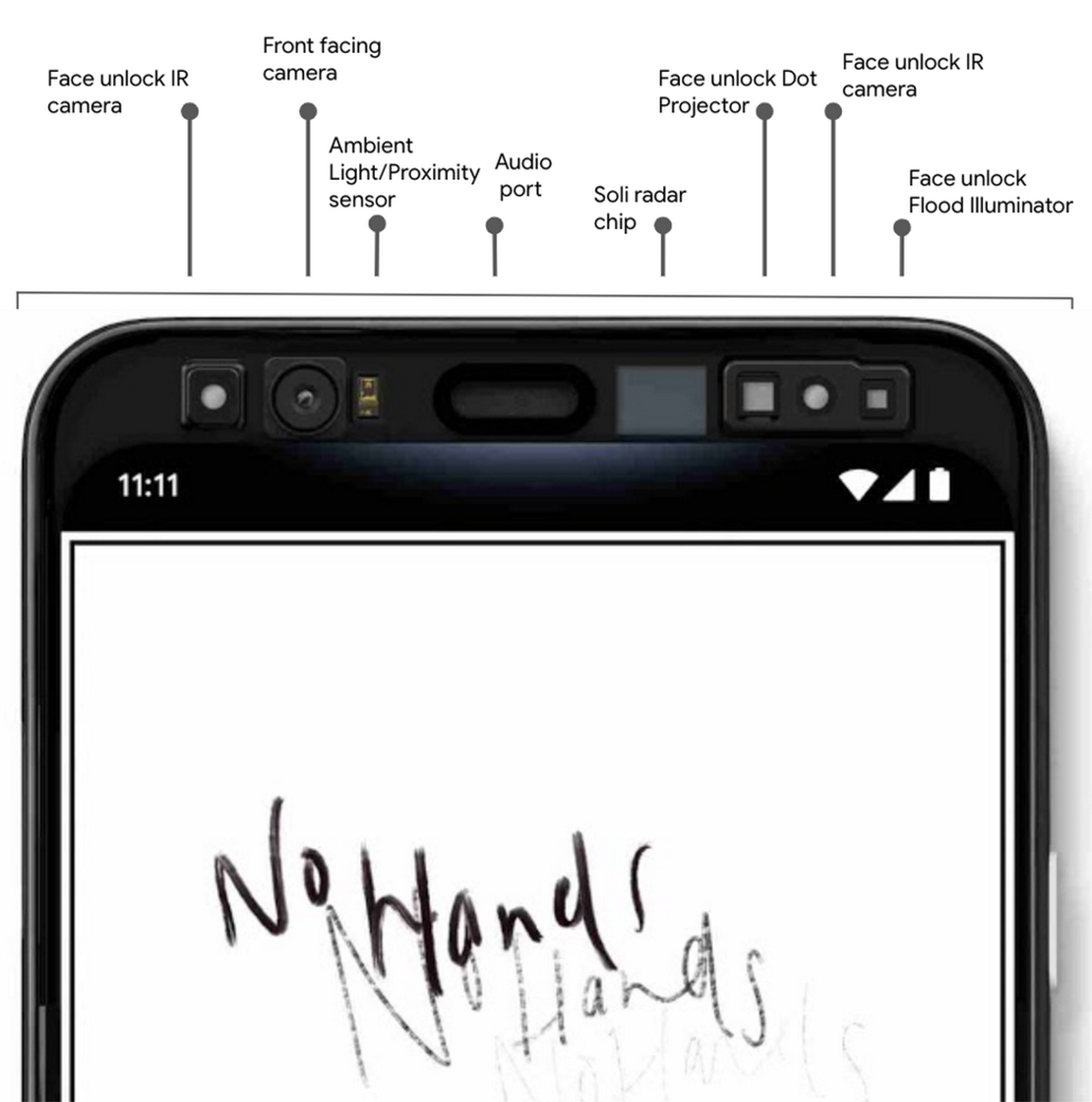 Along with Soli and Motion Sense, the Pixel 4 will offer face unlock. Google claims its face unlock hardware won’t need users to lift the device all the way, pose in a certain way, wait for the device to unlock or swipe to get to the home screen. Further, Google says it works from any orientation, even if you hold the phone upside down.

Soli can proactively turn on the face unlock sensors when you reach for the phone, and the device unlocks and opens when it recognizes you.