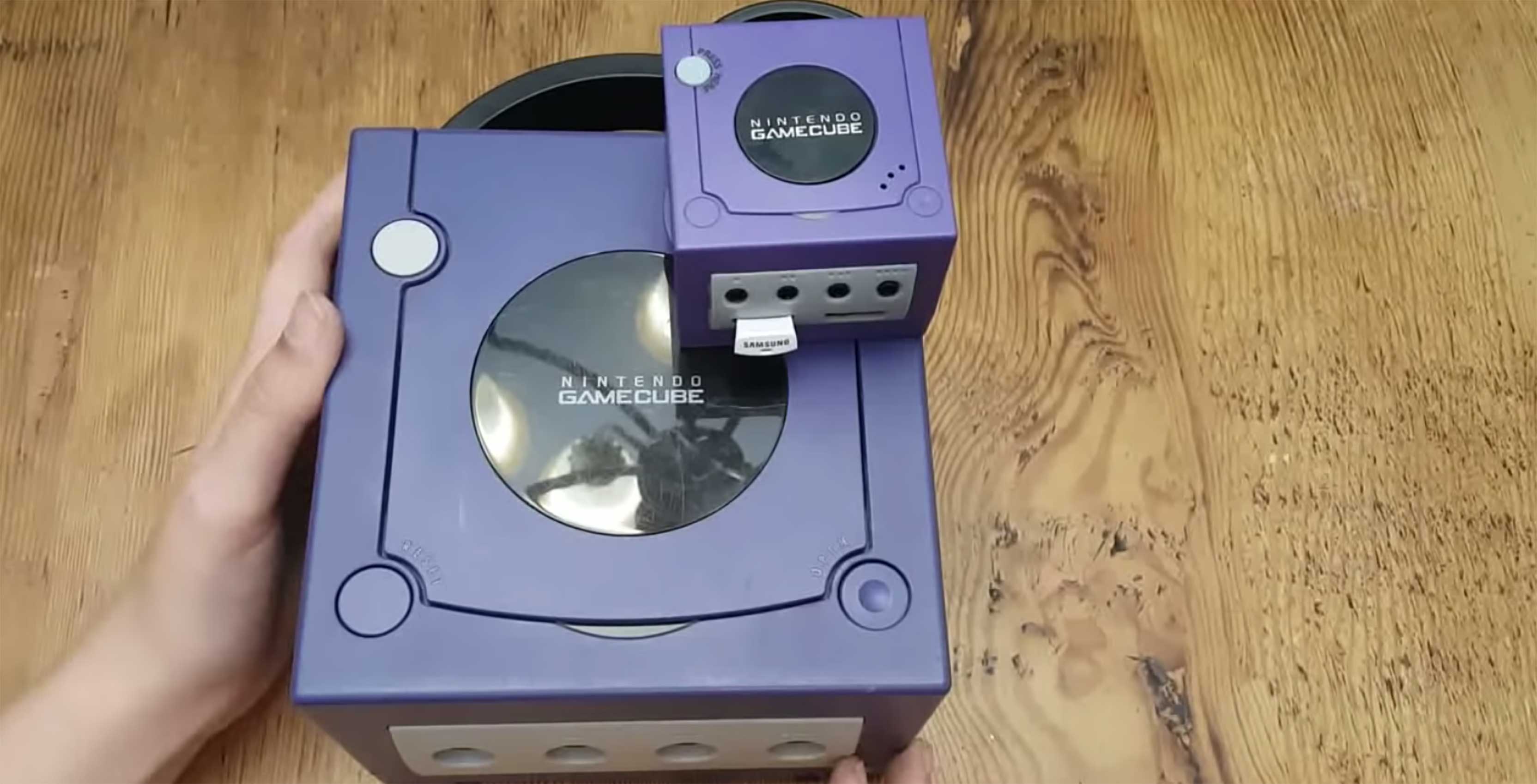 Over the past couple of years, Nintendo has seen great success with the release of its NES and SNES Classic miniature retro console replicas.

However, the company likely won’t make ‘Classic’ versions of its Nintendo 64 or GameCube consoles due to its focus on digital emulation services like Switch Online.

Fear not, though, as YouTuber Madmorda has taken it upon herself to create her own mini ‘GameCube Classic.’

To start, Madmorda runs the whole system off of a Wii motherboard that she says was “trimmed down to about the size of a Game Boy Colour cartridge.” Meanwhile, just like its larger counterpart, the pint-sized GameCube sports four controller ports and a built-in handle.

However, she notes that this might get cluttered in multiplayer, so she’s also rejiggered the GameCube’s memory card slots into USB ports to make more space. The first memory card slot can be used to insert a USB flash drive to save and store entire games, while the second slot can fit Nintendo’s official Wii U GameCube adapter to allow for multiple controllers to be used at once.

Additionally, the GameCube Classic supports composite cable output and micro-USB so it can be powered using regular phone chargers. Even without an outlet, Madmorda says the console can run off a power bank for “quite a while.” For instance, she estimates that a $10 power bank she got from Walmart can power the system for about three hours.

To demonstrate that the GameCube Classic works, Madmorda played Super Mario Sunshine for around two minutes with seemingly no issues.

All in all, it’s a really neat homemade gadget that makes it all the sadder that we may very well never get anything like it from Nintendo.