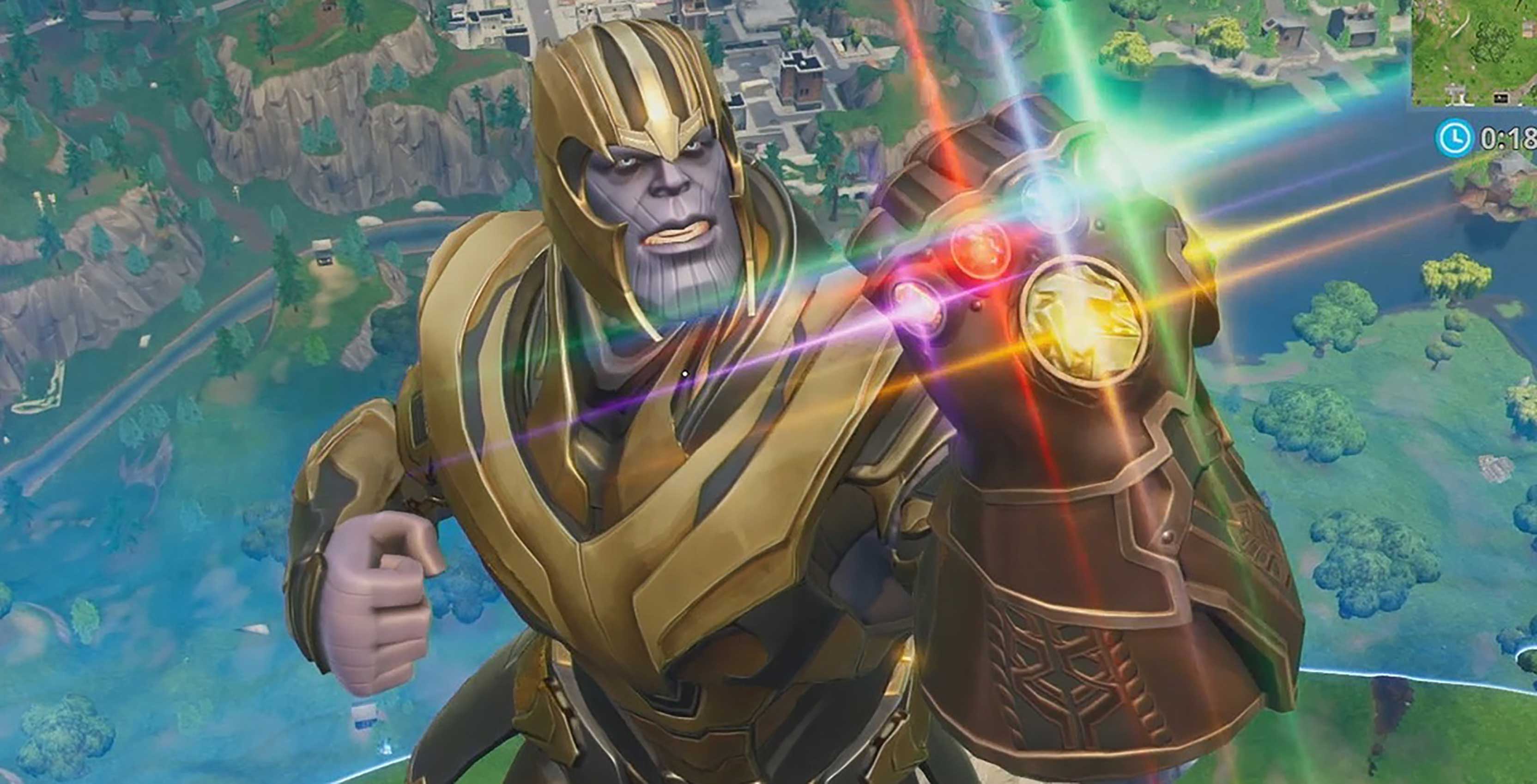 After days of teases, Marvel and developer Epic Games have finally revealed their eagerly-anticipated Avengers: Endgame crossover event in Fortnite.

The Endgame LTM (Limited-Time Mode), which is now live, brings back Avengers nemesis Thanos as a playable character, as was previously rumoured. Thanos was first introduced as a limited-time fighter last May to coincide with Endgame prequel Infinity War‘s theatrical run.

This time around, Thanos is bringing much more Avengers-themed content with him.

In the Endgame LTM, players will be divided into Team Thanos and Team Hero in a special game mode. The former team will be made up of Chitauri, Thanos’ alien army that Loki summoned to New York in the first Avengers movie. These players will be armed with special Chitauri laser rifles– Fortnite‘s first-ever laser rifles — structure-damaging grenades, Chitauri jetpacks and Chitauri energy launchers.

The map will be filled with the six Infinity Stones that power Thanos’ all-mighty Infinity Gauntlet. A Chitauri player who finds any of these Stones will be able to transform into Thanos themselves. In the Infinity War event, players had to find one fully-assembled Infinity Gauntlet to turn into Thanos.

Just like in the Infinity War LTM, the Endgame LTM’s Thanos packs powerful punches, extremely high jumps and a deadly  Power Stone beam attack. What’s new, however, is that each time a Team Thanos player collects an Infinity Stone, they will receive one of the following bonuses:

Once all six stones have been collected, Team Hero players will be unable to respawn, turning the match into an elimination-style battle.

However, unlike in the Infinity War event, opposing players now have a better chance against the Mad Titan.

In the new event, Team Hero players will spawn with a treasure map that leads to Mythic Weapons themed after the Avengers themselves. These all-powerful weapons include Thor’s Stormbreaker Axe (an actual weapon, not a pickaxe), Captain America’s Shield and Hawkeye’s Bow.

Meanwhile, A Black Widow-themed outfit, pickaxe and emote are now available in the in-game store. Epic says a second outfit set will roll out early next week.

It’s unclear how long the Endgame LTM will run for. It’s worth noting that the Infinity War LTM lasted for one week last year.

The Endgame LTM is available in all versions of Fortnite across PlayStation 4, Xbox One, Nintendo Switch, PC, Android and iOS.