It’s been a few days since the Android Q beta dropped. Plenty of people have flashed the first Developer Preview and started digging through all the tweaks and changes to see what’s new.

As such, I thought I’d take a moment to highlight some of the small changes Google added in Q that you might not have noticed — little things that ultimately refine the operating system and add some quality of life improvements. 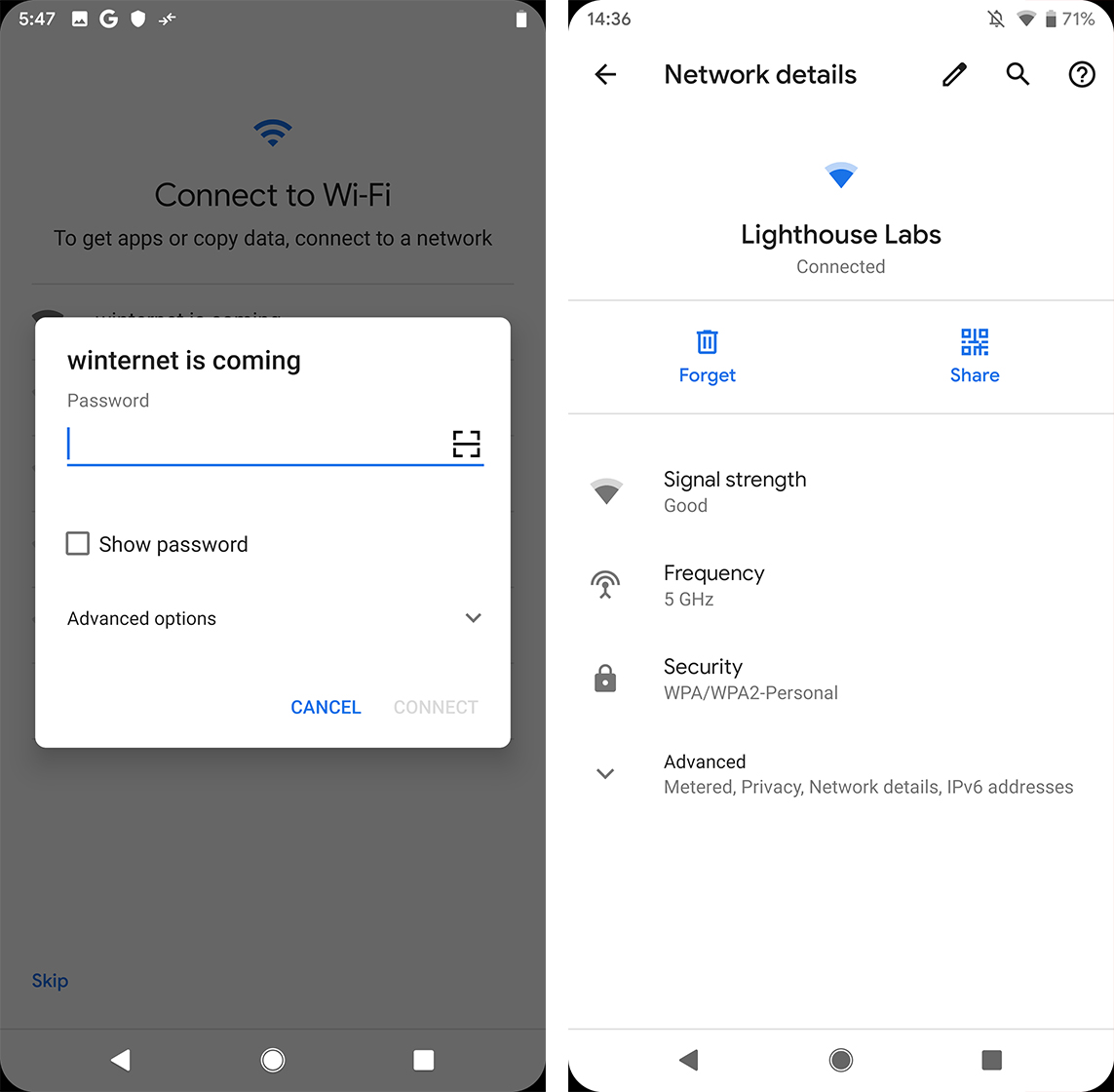 Ever needed to share your Wi-Fi network with someone, but didn’t want to go through the hassle of looking up the password and typing it out all over again?

Thankfully, this sweet new Android Q feature makes it easy to share Wi-Fi by turning it into a QR code. When you add a new network, you can scan the code right from the password entry field.

It’s secure too. When you tap the ‘share’ button to generate a QR code, you have to enter your pin or scan your fingerprint to start the process. Overall, it’s a tasteful addition that helps reduce the hassle of getting connected.

Wake up, jam out 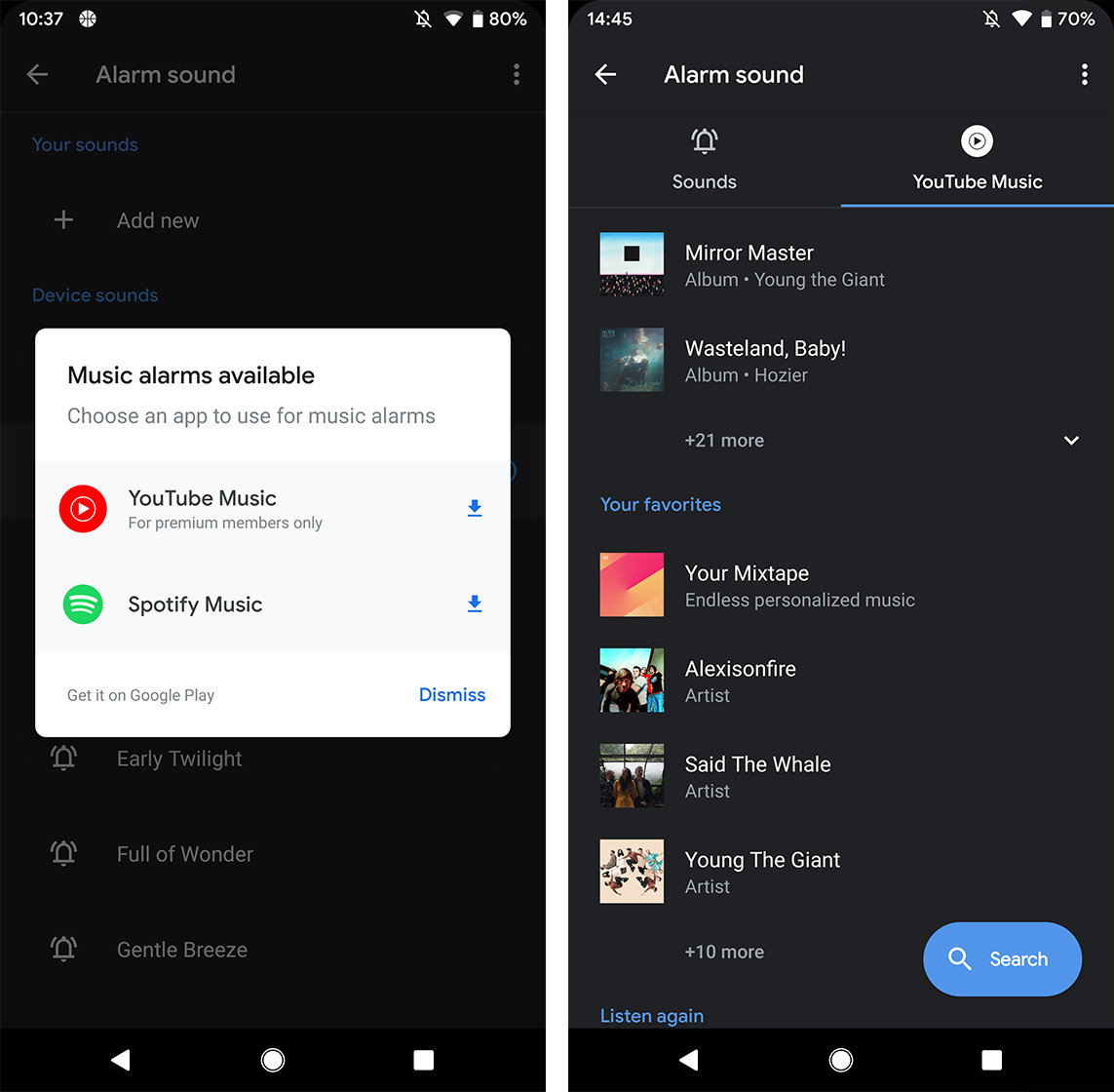 This is a really small tweak, but a very welcome one. YouTube Music has joined Spotify as one of the two apps you can use for your morning alarm.

Google added Spotify to the Clock app a while back. However, I’m not a Spotify user, so this feature is pretty new to me.

I’m surprised Google Music isn’t part of the Clock app, but that could be a sign of the service’s impending demise. 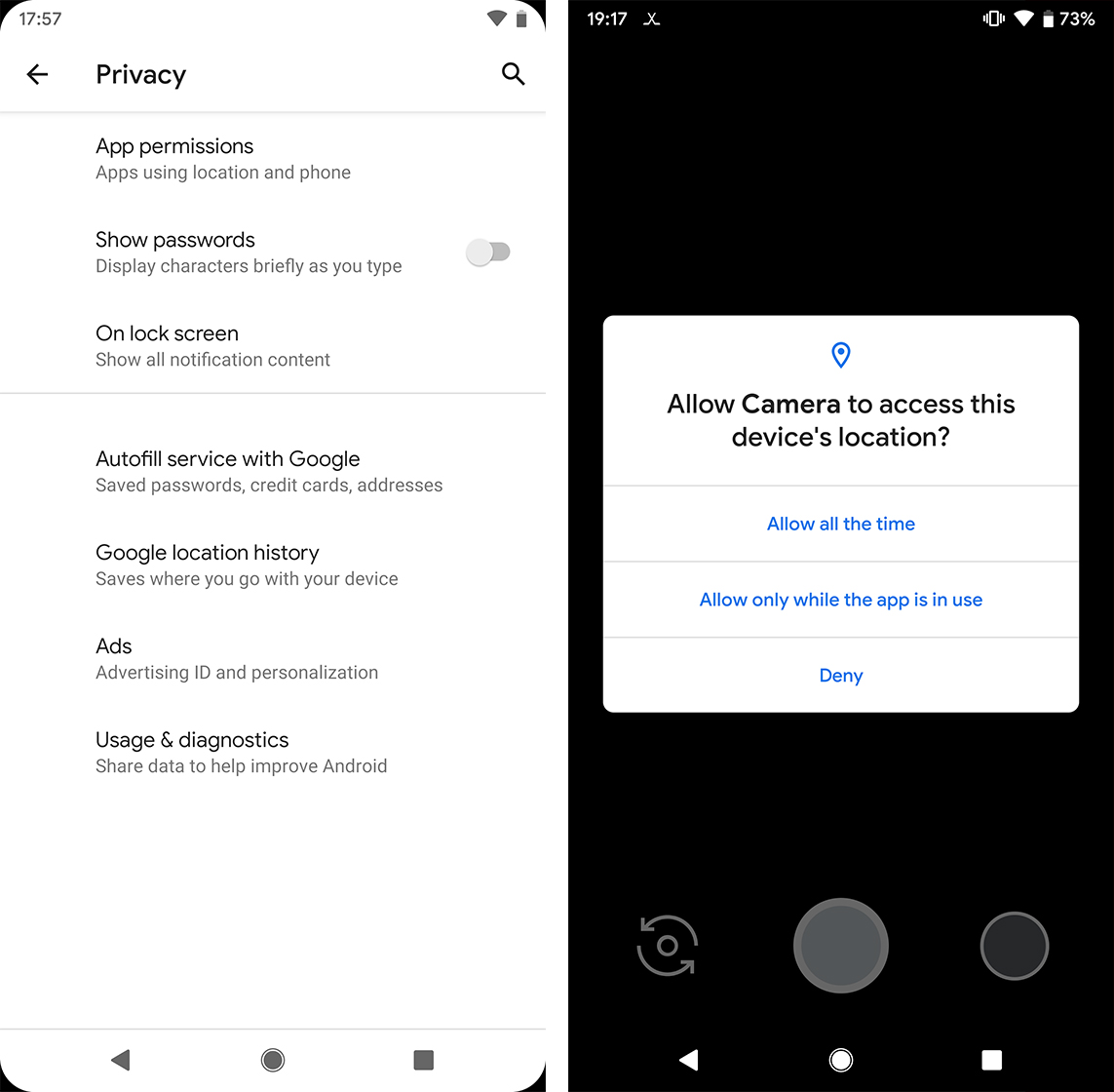 Google also — finally — added another option when it comes to the location permission. Previously, Android users only had two choices: on or off.

Now, there’s a third option that lets apps access your location when you’re using it. It’s one of my favourite tweaks in Q. Users who make use of that feature will likely see improvements to battery life, performance and more. 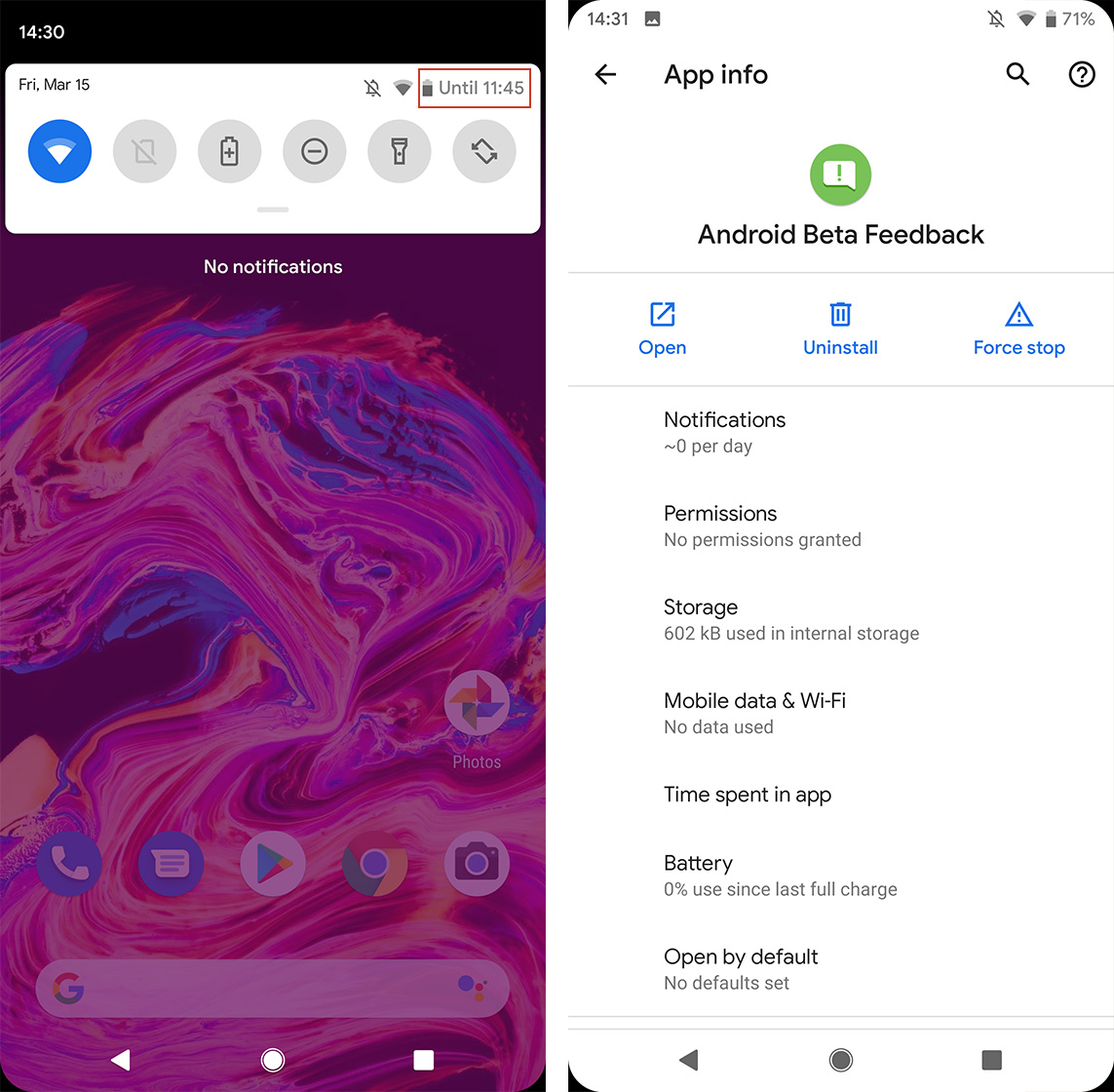 Google added a lot of small tweaks across the OS to help provide users with more information.

For example, Q displays how long it thinks your battery will last next to the battery icon in the notification shade.

Another example would be the App Info screen, which now has more visible buttons for opening, uninstalling and force stopping an app, as well as more information about permissions, how many notifications you get and more.

Google’s effort to make Android more informative and accessible is excellent. I can learn more about apps, settings and my usage habits from a quick glance. Plus, I can also dive deeper when I need information. It makes using Android a pleasure.

Music on the lockscreen 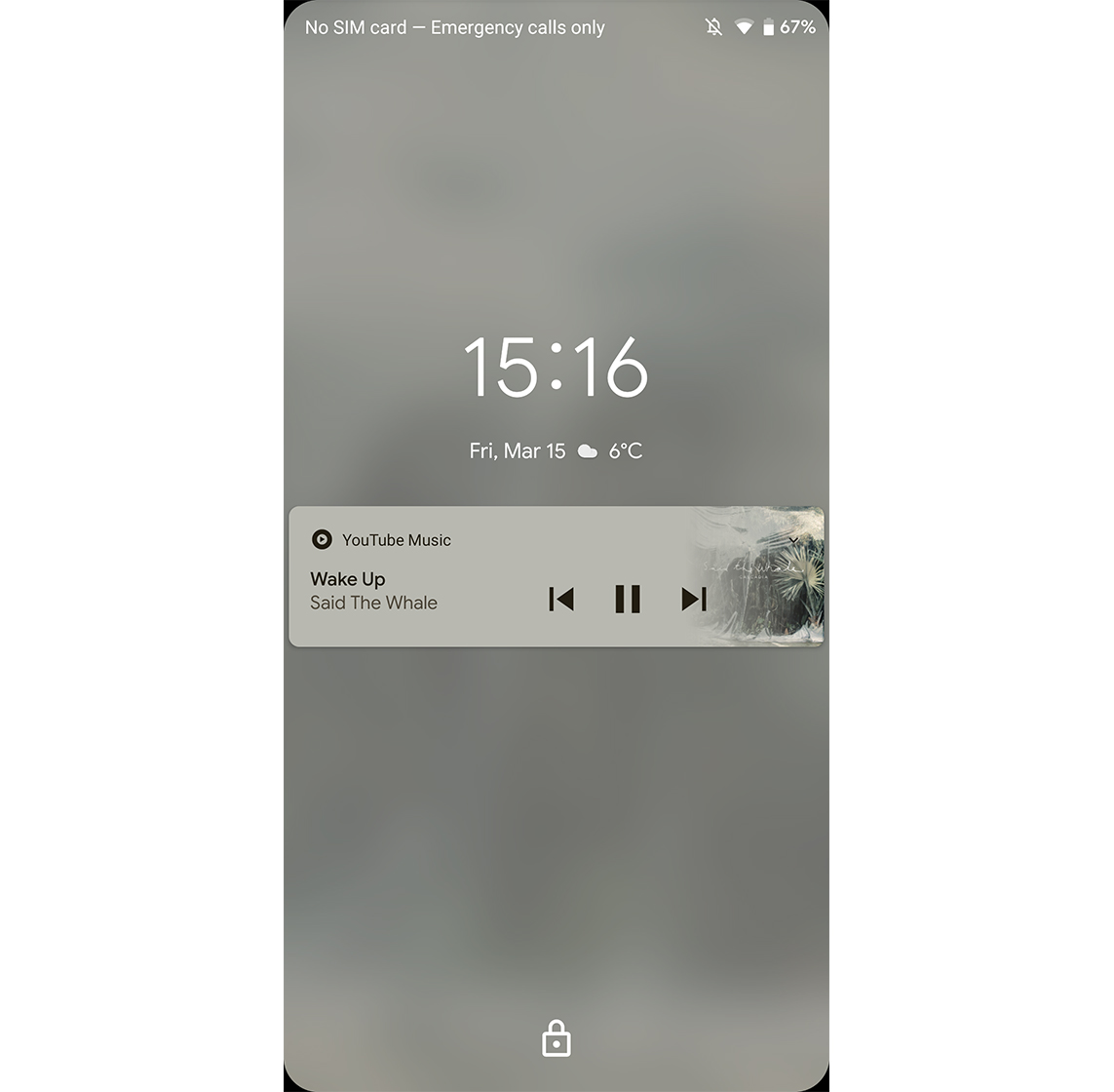 Android Q brings two small tweaks to the lock screen and ambient display when it comes to how they display music.

Again, these are really small but tasteful changes on Google’s part.

Previously, Android would turn your lock screen wallpaper into the album art when you were listening to music. While this was okay, it could make it hard to see some other things on the lock screen, depending on the artwork.

Now, Android Q displays a blurred version of the artwork that doesn’t clash as much with other lock screen elements.

On top of that, the always-on display shows the current song you’re playing and the artist it’s by under the clock. This makes it easier to see at a glance what’s playing.

That’s it for my favourite little Q features. Based on what I’ve seen in the Android Q beta so far, I think Google’s done a lot to refine and improve the small details. It’s a big step forward for the search giant and for Android, which typically doesn’t focus on the little things.

What do you guys think about Android Q? Let us know down below about some of your favourite new features and any little tweaks Google made that you like.

This Valentine’s Day, escape the Lonely Hearts Club with Happn