Facebook is hoping to win back some goodwill with an update to its Android app that improves users’ control over access to location data.

The new location control settings will let users determine whether Facebook can snoop on their location when they’re not using the app.

Now, Android users will be able to turn off background location access in the Facebook app. Facebook uses background data for some features like ‘Nearby Friends,’ suggestions for things to do and to serve more relevant ads.

Ultimately, the change will bring Android user’s control over location data — at least, in Facebook — closer to that of iOS. Location data in Android works on a simple on or off toggle. You have it, or you don’t. iOS, however, allows users to allow apps access to location all the time, only when the app is in use, or not at all. 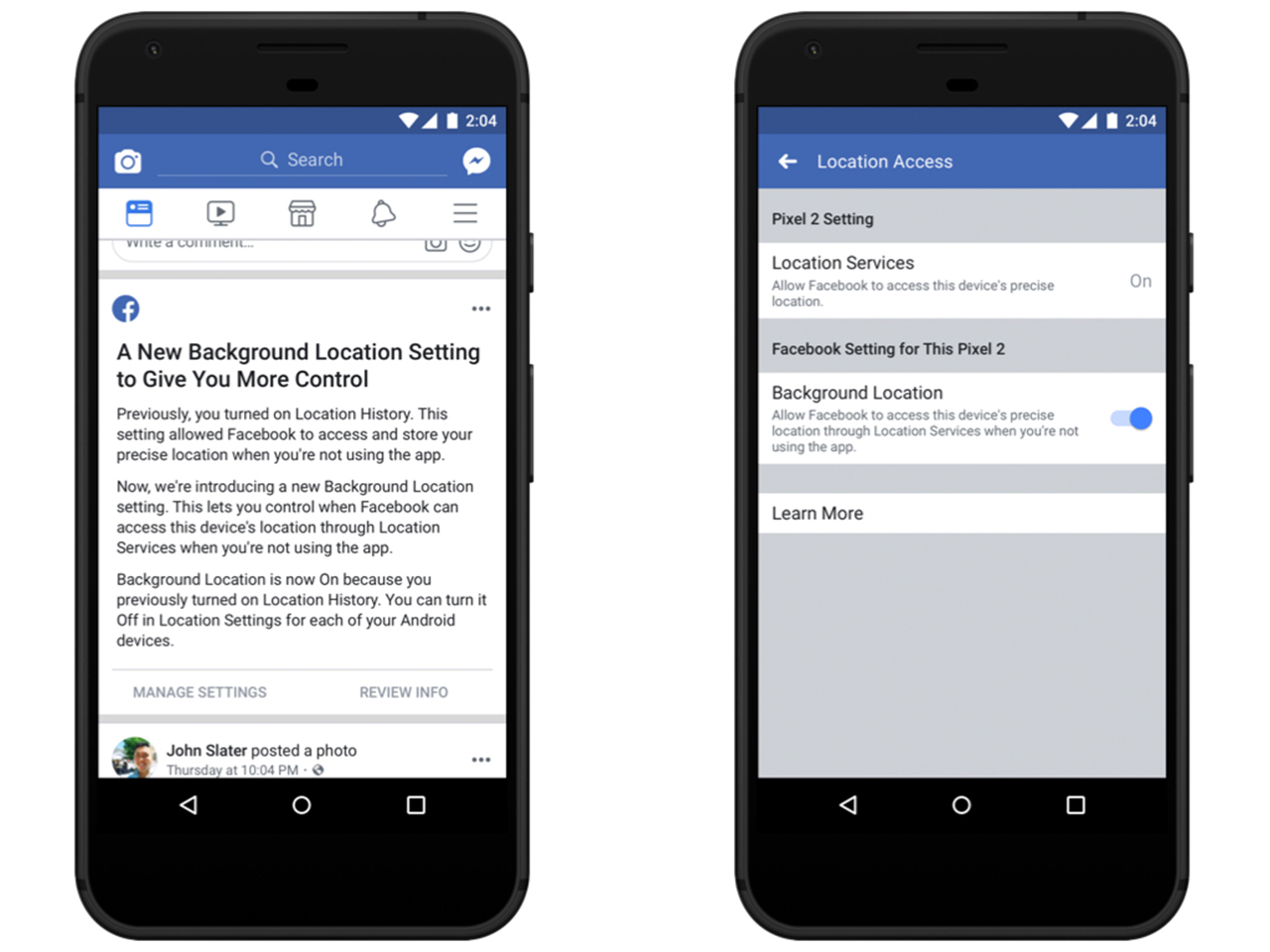 As such, Facebook says there’s nothing changing with the iOS app, but it will notify users with location services enable in-app to remind them to check in on their settings.