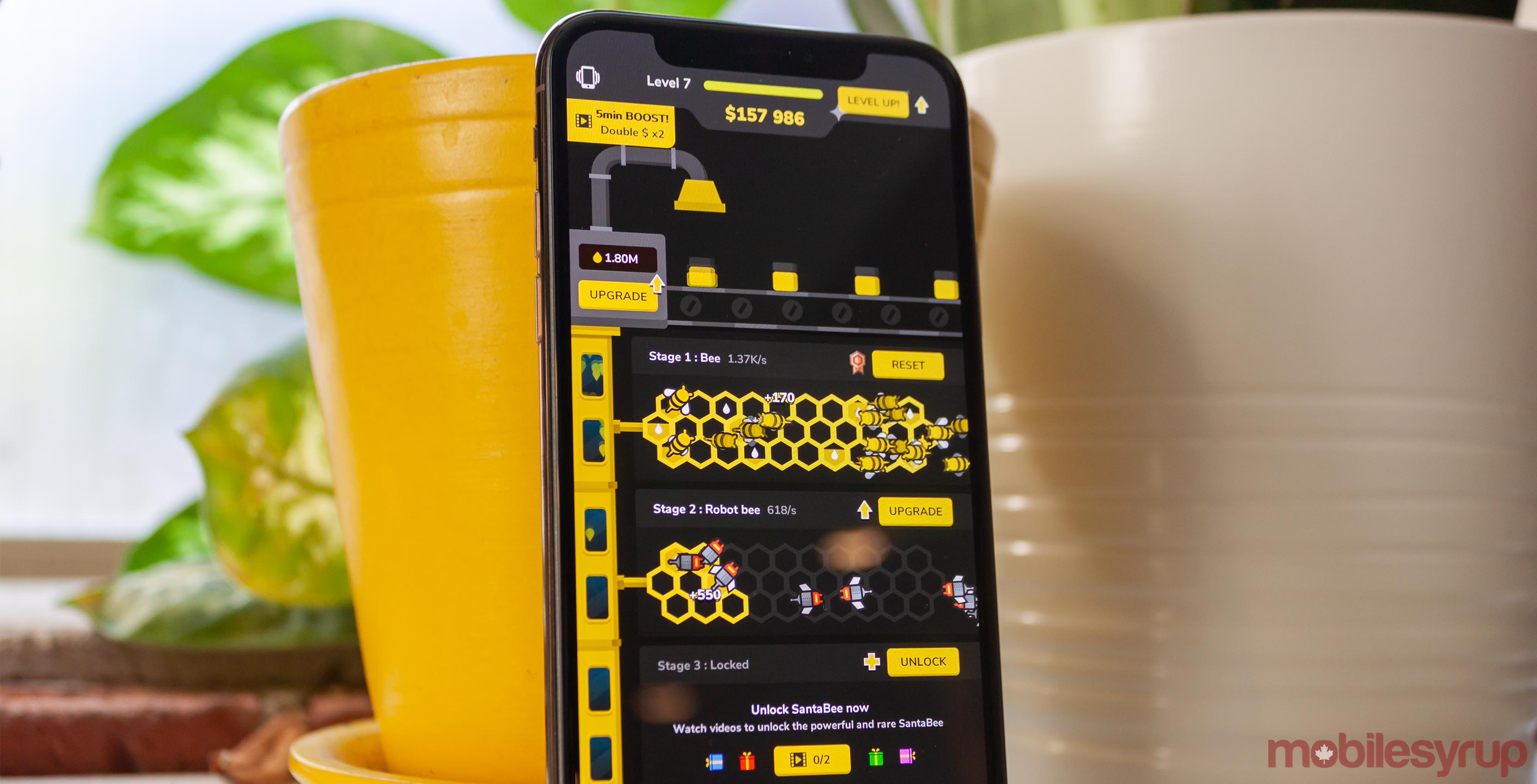 If you like bees and making money (honey?), you’ll love Bee Factory.

This idle tycoon style mobile game has players set up an extensive honey-making factory — the titular bee factory — to earn millions of dollars.

The goal of Bee Factory is simple: make money to improve your factory so you can make more money. It’s really the ethos of the saying “you have to spend money to make money.” 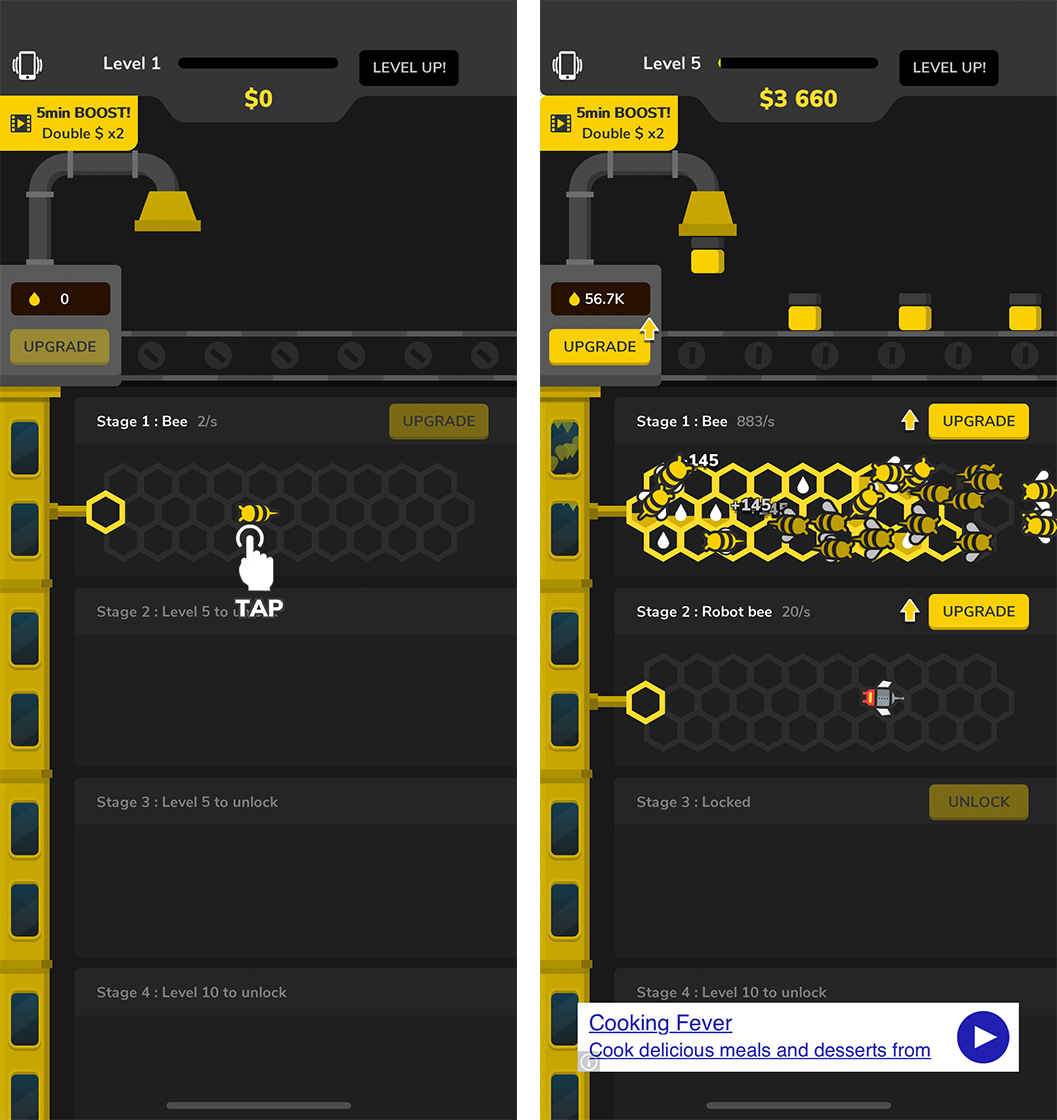 The game starts you off with a single bee and a slow conveyor belt. Your bee will slowly meander towards the open cell where it will make a bit of honey. A pipe system along the side of the screen syphons the honey from the cell and sends it up to a special nozzle that jars it and drops it on the conveyor belt.

However, if you want to speed things up, you can give your bee a tap to send it straight to the cell. Further, you can swipe on the conveyor belt to speed up the honey production.

Each time the conveyor belt carries a honey jar off-screen, you’ll get a bit of money. It starts low, with each jar netting you a few dollars. But as you build up funds, you can upgrade your cells, production line and factory level.

Upgrading your cells typically gives you more cells, increases the speed at which your bees will fill them and increases the amount of honey the bees produce. Plus, you can reset a cell when fully upgraded. You’ll lose out on all your upgrades, but you’ll get a production boost.

Production line upgrades increase the speed of the production line, capacity of the honey jars and how much money you make per jar of honey.

Finally, the level upgrades just give you a money bonus and allow you to unlock other factory stages. Each stage gives you a new set of cells with a unique bee. For example, you can unlock a robot bee, Santa bee and more.

These unique bees will help produce higher levels of honey at faster rates, increasing revenue so that you can continue to upgrade. 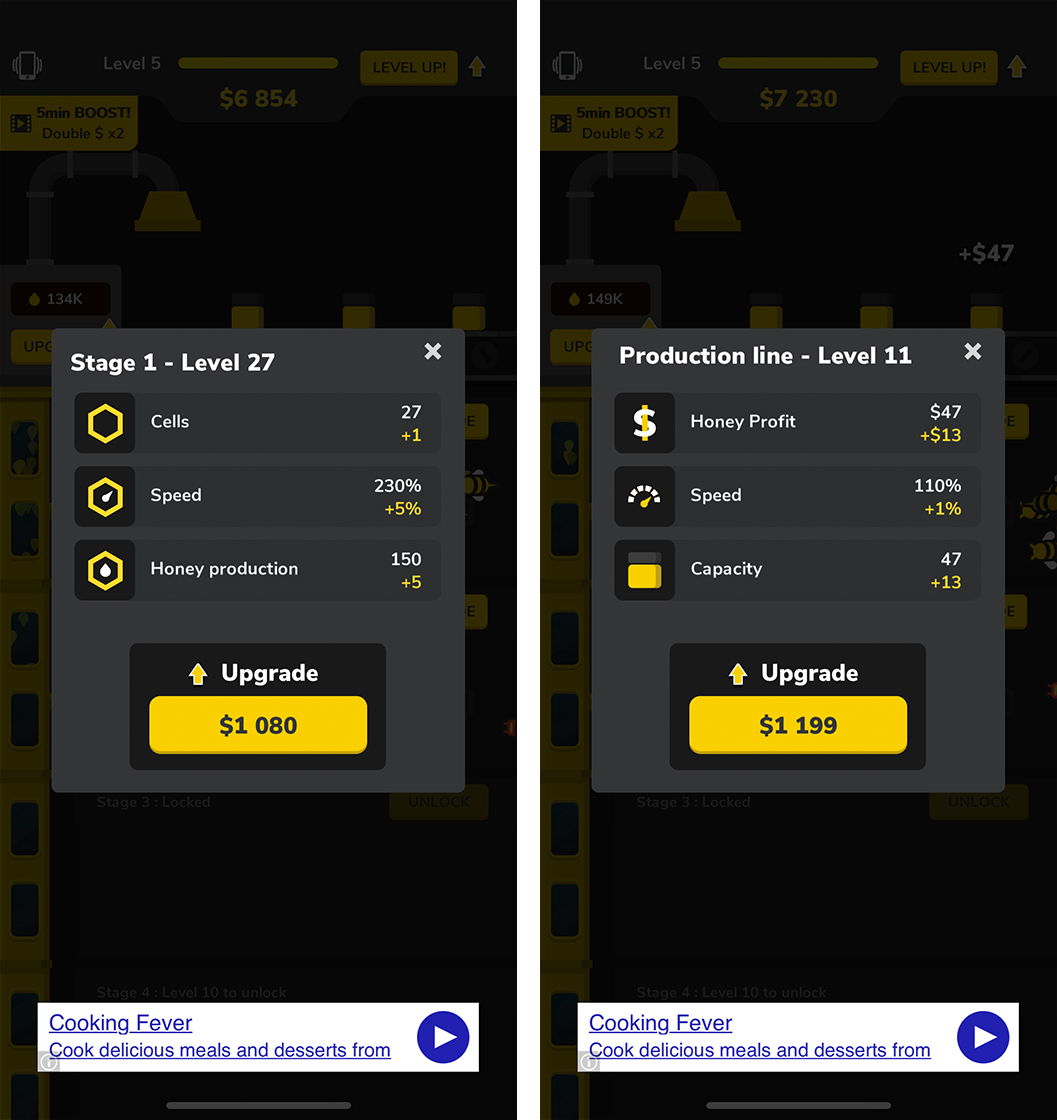 As far as idle games go, Bee Factory is fun and carries a level of charm absent in other games of this genre. Speaking of which, I quite enjoy this style of game because you can leave it to do its thing when you need to do something else.

To me, that’s the perfect way to enjoy a mobile game. I typically play games on my phone when I’m on the go, so being able to put it down and pick it up whenever is incredibly important.

The one drawback to Bee Factory is the ads. You’ll have one banner ad along the bottom while you’re playing, and the odd upgrade will ask you to watch an ad to unlock.

However, the most annoying by far is a small golden bee that flies around the screen. If you tap it, the game opens an ad. Considering the frantic tapping I do when playing, it’s all too easy to open that ad by accident.

With that said, I still enjoyed Bee Factory immensely. If idle games like this are your thing, I can’t recommend it enough. You can get it for free on iOS and Android.