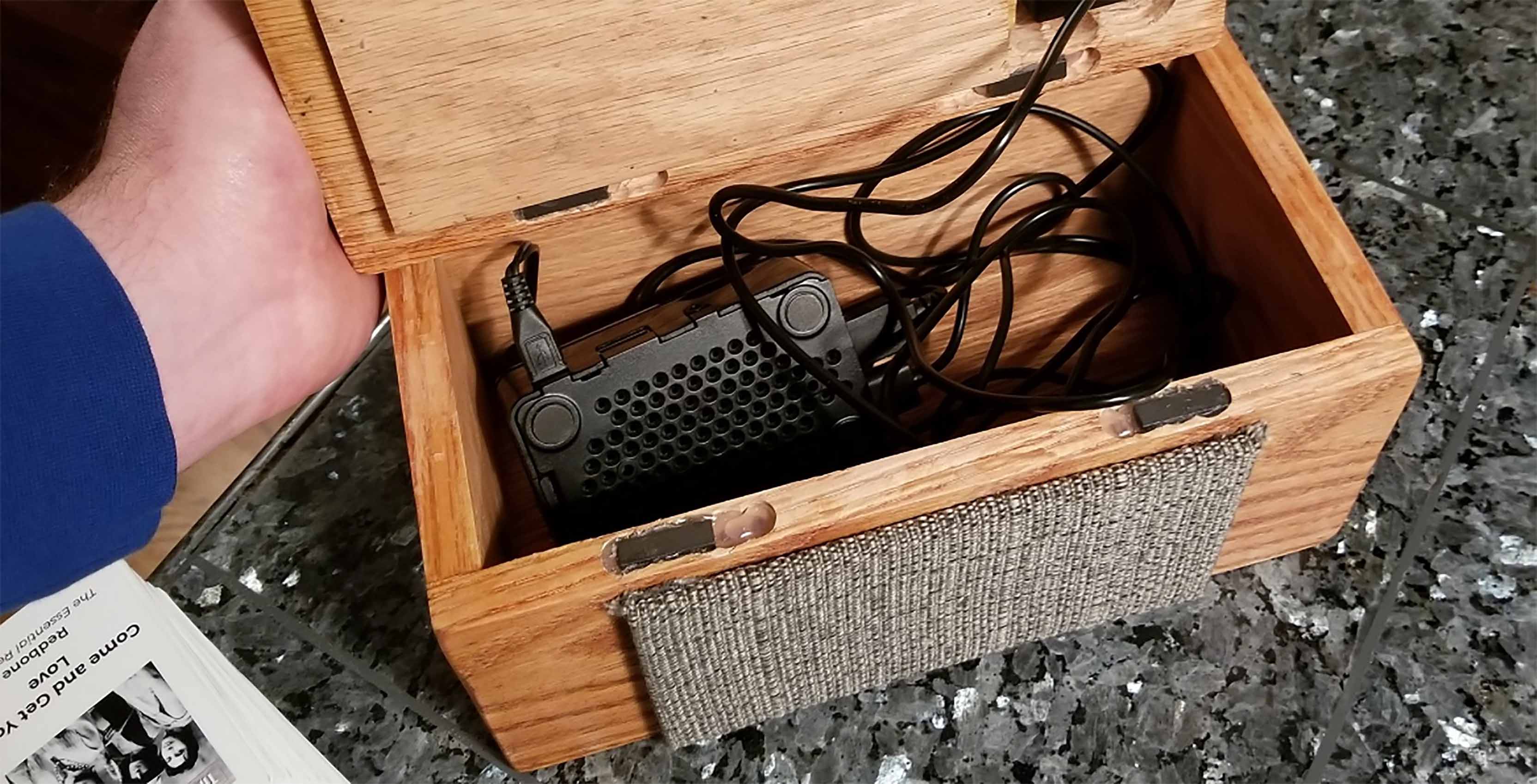 Buying a gift for someone is certainly a generous act, but there’s something uniquely special about actually making a gift yourself.

That’s what designer Chris Patty‘s family seemed to have in mind when they decided to only exchange homemade gifts last Christmas.

This year my family decided that each of our presents had to be handmade, so this is what I made for my dad. pic.twitter.com/Nc5aIIWVt3

For his father, Patty put together a jukebox using a Raspberry Pi, a wooden box and, interestingly enough, physical cards. Patty programmed the Raspberry Pi to serve as the music player while storing the songs locally on an SD card.

The cards, meanwhile, are credit card-sized and feature magstripes so users can swipe themthrough the jukebox.

Patty says each card has a pre-set ID code that the Raspberry Pi software will connect to a specific song, including Simon and Garfunkle’s “The Sound of Silence,” Redbone’s “Come and Get Your Love” and The Beatles’ “Nowhere Man.”

This is what it looks like inside. There's a raspberry pi that runs the software, and then just a card reader in the lid. pic.twitter.com/v8QG3ZQAy4

Patty says he wanted to make a jukebox because he feels that the unlimited digital libraries of music streaming services like Apple Music and Spotify detract from the overall listening experience. Clearly, at least some people agree, as his video has been retweeted and favourited thousands of times.

“I think [the response] speaks to a shared displeasure with the current state of our music services,” Patty told The Verge.

“There’s something about the limiting factors of physical media that force you to choose […] the music that is most meaningful. And that kind of curation, I think, is something we all deeply miss.”

Patty says he’s working on an open source version of his software, as well as instructions on how the general public can use the program.

With all of that ingenuity that went into his dad’s gift, I’m curious to see what he made for the rest of his family!

What an awesome gift this was, eh? It’s always fascinating to see people tinker around with readily-available tech and make something neat out of it. In this case, it’s a clever way to play some classic tunes on a charming little gizmo.

Of course, it remains to be seen just how easy it will be to use Patty’s resources to make such a device yourself. Patty says it’s “easier to make than y’all think,” though, so assuming that is indeed the case, this seems to be a fun gadget to build and use.