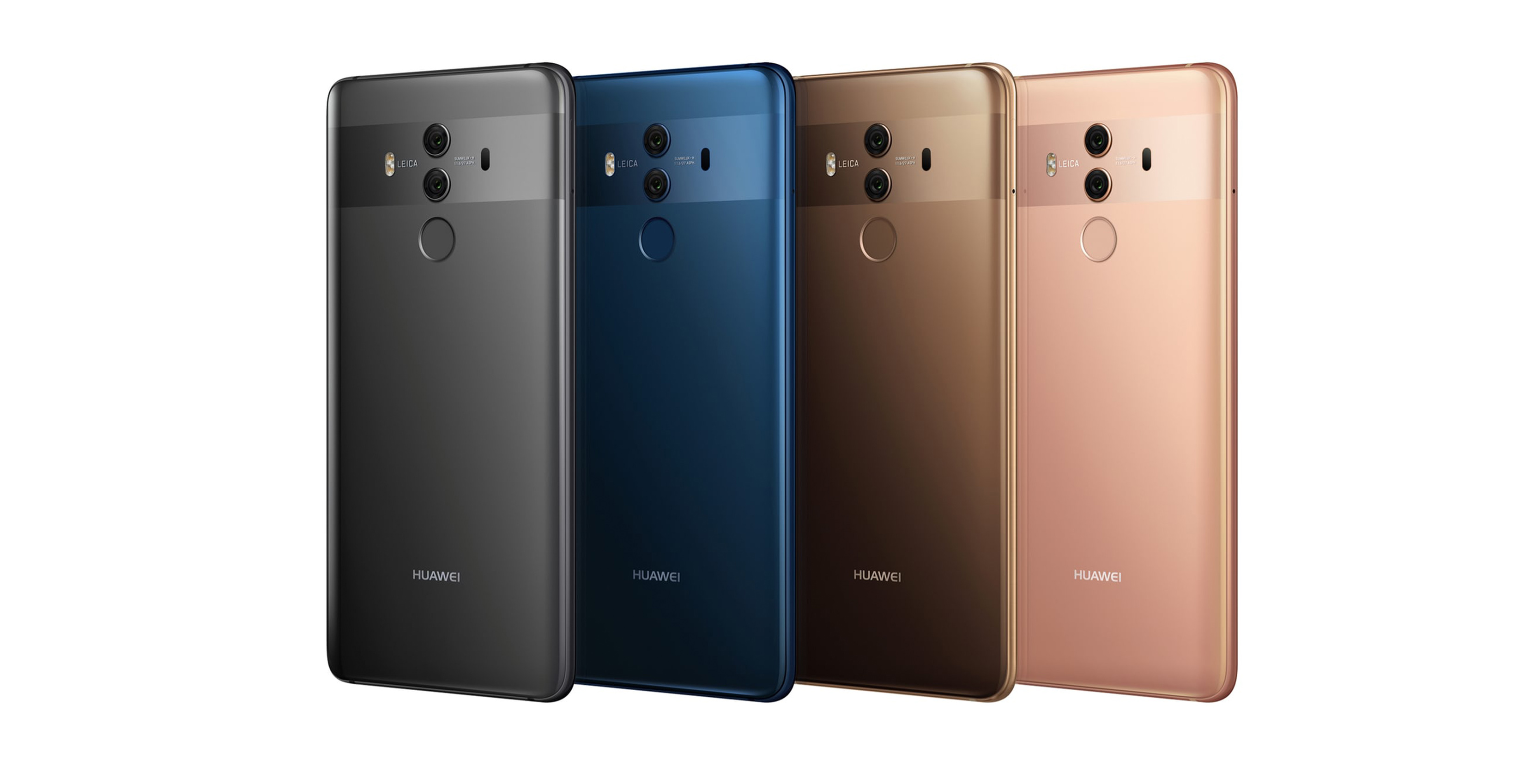 Huawei, one of the largest phone manufacturers in the world, has finally revealed their newest AI-focused flagships, the Mate 10 and Mate 10 Pro.

The Mate 10 features a 5.9-inch 2560 x 1440 LCD display, while the Pro uses a 6-inch 2180 x 1080 OLED display. Both “intelligent machines” have slim bezels on their sides and thin top and bottom bezels, too. However, the Pro’s display features an 18:9 aspect ratio, which is becoming more common with flagship devices, while the Mate 10 uses the 16:9 aspect ratio of yesteryear. Due to the aspect ratio, the Pro likely feels like a smaller device, while the sharper 5.9-inch will feel larger in the hands. 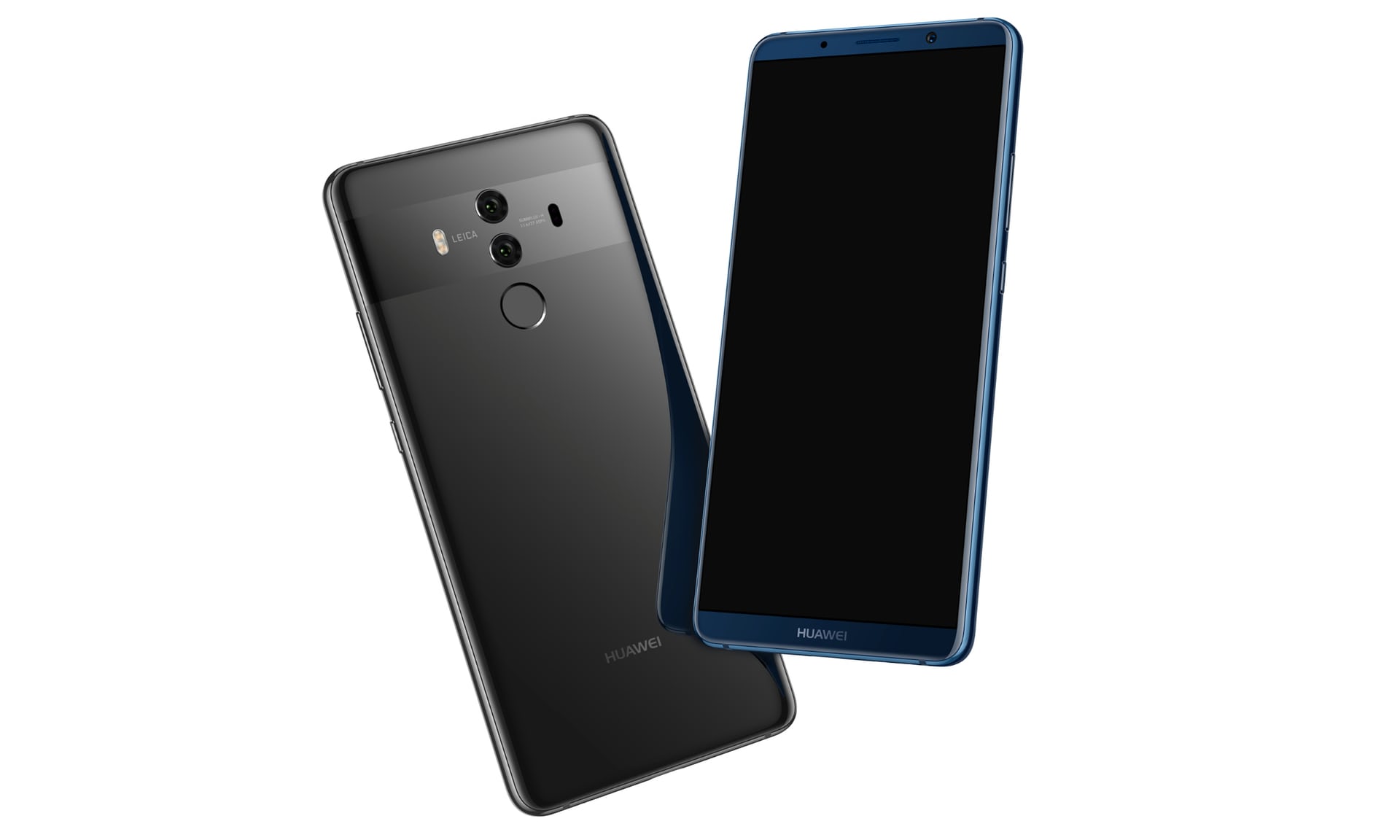 The standard Mate 10 also features a headphone jack and a microSD card slot for expandable storage while the Pro variant does not. The Pro, on the other hand, will be available with either 4GB or 6GB of RAM, with either 64GB or 128 GB of on board storage

Besides those few differences, the two phones share many similarities. Both phones utilize the Kirin 970 chipset with an octa-core CPU, Mali-G72 GPU. Additionally, both will come with Android 8.0 Oreo at launch. The Mate 10 features 4GB of RAM and 64GB of storage, while, like mentioned previously, the Mate 10 Pro has two storage and RAM options.

The two ‘intelligent machines’ utilize Huawei’s neural processing unit (NPU) which is the brain of their artificial intelligence (AI). Huawei’s focus wasn’t on digital assistants like Google Home or Siri. Instead, the company says its new devices learn to become better adapted to their users as time passes. This will, in theory, prevent them from degrading over time.

The Mate 10 and Mate 10 Pro both feature a dual-rear camera setup with a 20-megapixel monochrome sensor with another 12-megapixel RGB sensor. Both lenses feature a f/1.6 aperture. The camera also has dual-LED flash and optical image stabilization. The camera’s AI is where the NPU chip shines. Huawei boasts that its camera is able to change its settings in real time. This means, depending on the focus of a picture, such as a flower, a plant or food, the device will automatically adjust its colour, contrast, brightness and exposure. It should be noted, every camera on the market already does this to an extent when asked to automatically adjust capture settings.

Additionally, the Mate 10 and 10 Pro’s cameras are able to recognize languages and translate them on the spot, though it has only been tested out with Mandarin and Japanese.

Like the Galaxy S8, both devices can be plugged into a monitor, allowing future Mate 10 owners to use their smartphone in a desktop operating system environment with Huawei’s EMUI user interface.

The UI also has a new gesture-base “navigation dock” which is small dot on the display that can be used to perform certain actions, as well as offer an easy way to use split screen multitasking.

Huawei’s Mate 10 and Mate 10 Pro will not be available in Canada through any carrier, or through Huawei Canada’s website. However, those really interested in purchasing either device will have access to them by Amazon Canada’s website, however likely without official manufacturer’s warranty.