Xiaomi’s Mi Mix 2 isn’t coming to Canada, but its bezel-less display is a sight to behold 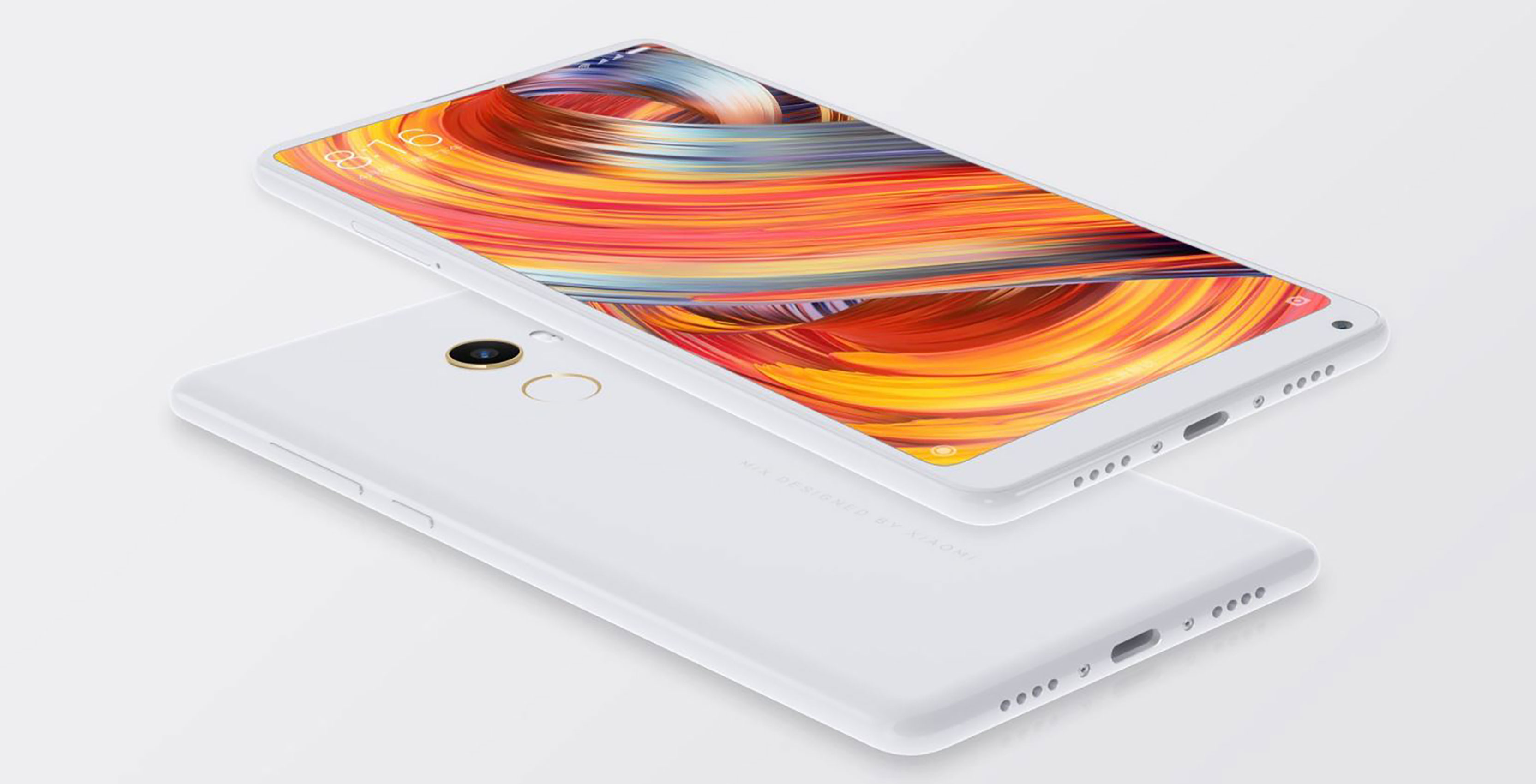 The Xiaomi Mi Mix 2 isn’t coming to Canada — but that won’t stop us from taking a look at one of the most stunning devices to be unveiled recently, with barely-there bezels and a design that gives it the appearance of a hybrid between the LG G6 and Andy Rubin’s Essential Phone.

It’s powered by an octa-core Qualcomm Snapdragon 835 chipset and Adreno 540 GPU, backed by 6GB of RAM and 64GB, 128GB or 256GB storage options. The Special Edition uses 8GB of RAM and comes with 128GB of non-expandable memory.

Presenting #MiMix2 – RT if you love it… pretty please? 🤣 pic.twitter.com/yjqZfVcP4m

The Xiaomi Mi Mix 2 features a 12-megapixel rear-facing camera with optical image stabilization (OIS), a dual LED flash and a f/2.0 aperture. On the front, its camera package has a 5-megapixel sensor, which seems a little out of step with the rest of the device’s premium specs.

The Xiaomi Mi Mix 2 also features a premium design, looking a bit like an Essential Phone but in a larger package. While its bezels are not as thin, the smartphone has a very small ‘forehead’ and side bezels.

However, unlike the Essential Phone or any of the flagship devices that came out this year in Canada, Xiaomi placed the camera on the bottom bezel instead of having the camera at the top.

Xiaomi actually pulled back on the bezels this time around, as the Xiaomi Mi Mix, a Samsung Mega-sized phablet, at 6.4-inches, actually had smaller bezels. 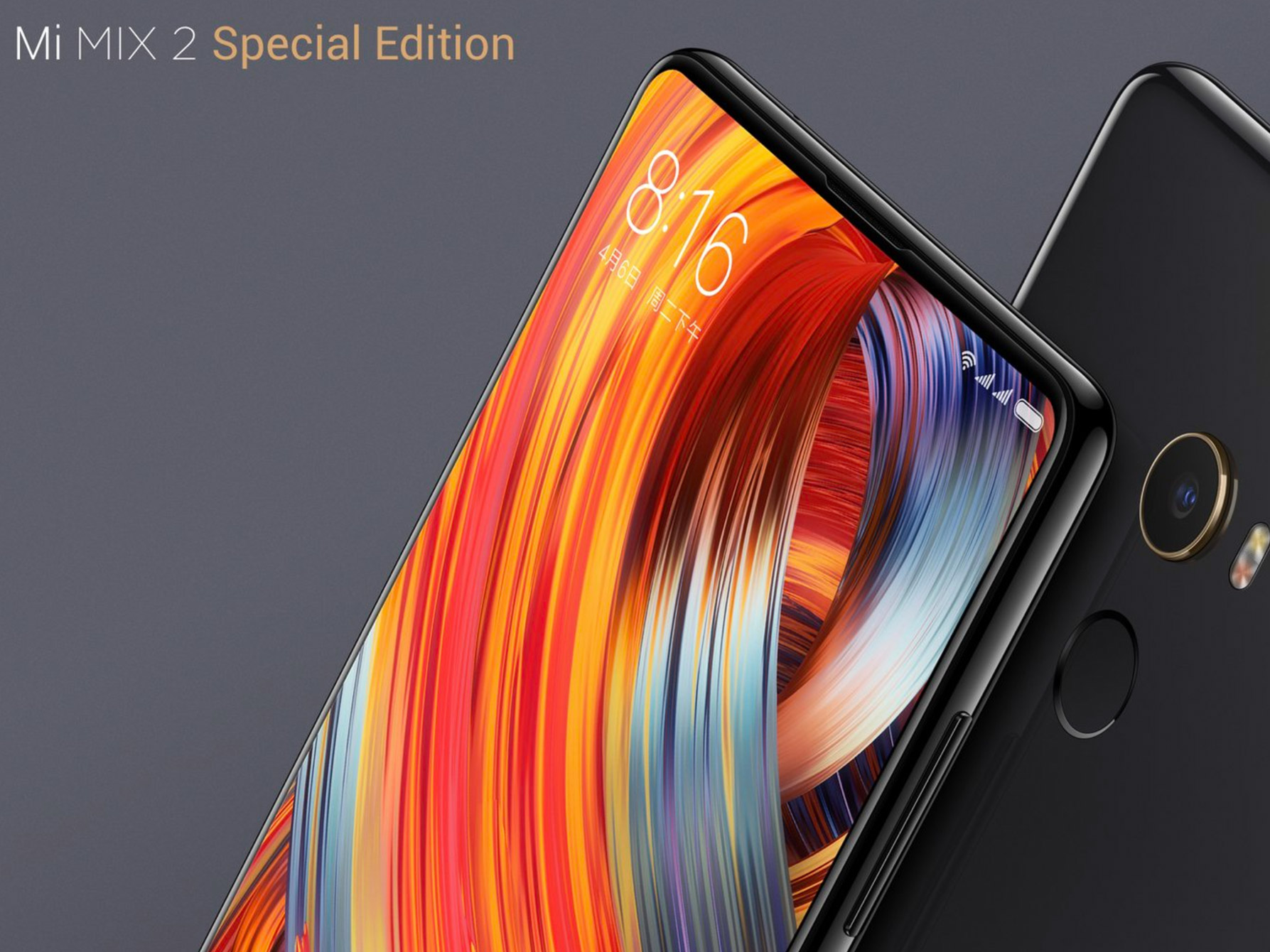 Additionally, the Xiaomi Mi Mix 2 contains a 3,400mAh battery and runs on top of Android 7.1.1 Nougat. The device is missing a headphone jack, but has a front-facing speaker, an ultrasonic system that works similarly to a proximity sensor, a rear-mounted fingerprint sensor and Bluetooth 5.0.

While there seems to be a lot to love from a hardware standpoint with the Xiaomi Mi Mix 2, Android purist might be annoyed with the device’s UI.

The Mi Mix 2 utilizes Xiaomi’s MIUI 9 skin, which looks nothing like most forms of Android skin released this year. As many companies seem to be embracing more of a stock Android look, the MIUI 9 appears to have taken a step away from the typical Android skin.

However, while it separates itself from stock Android, its software has been described as “snappy” by Marques Brownlee and “fast” by the Verge.

Though we don’t typically see Xiaomi smartphones in Canada, it supports the correct bands to work on all major carrier networks in Canada. Those interested won’t be able to find the phone at a brick and mortar store, but online retailers such as Amazon and Xiaomi in Canada will likely sell the smartphone unlocked.

But wait, that's not all! Introducing #MiNote3, a #Mi6 with a larger screen at 5.5"! pic.twitter.com/F6jsZl0Gha

Along with its newest flagship, the Chinese smartphone maker also unveiled the Mi Note 3 and the Mi 6 today at the company’s Xiaomi Product Launch.

Source: Xiaomi Via: The Verge