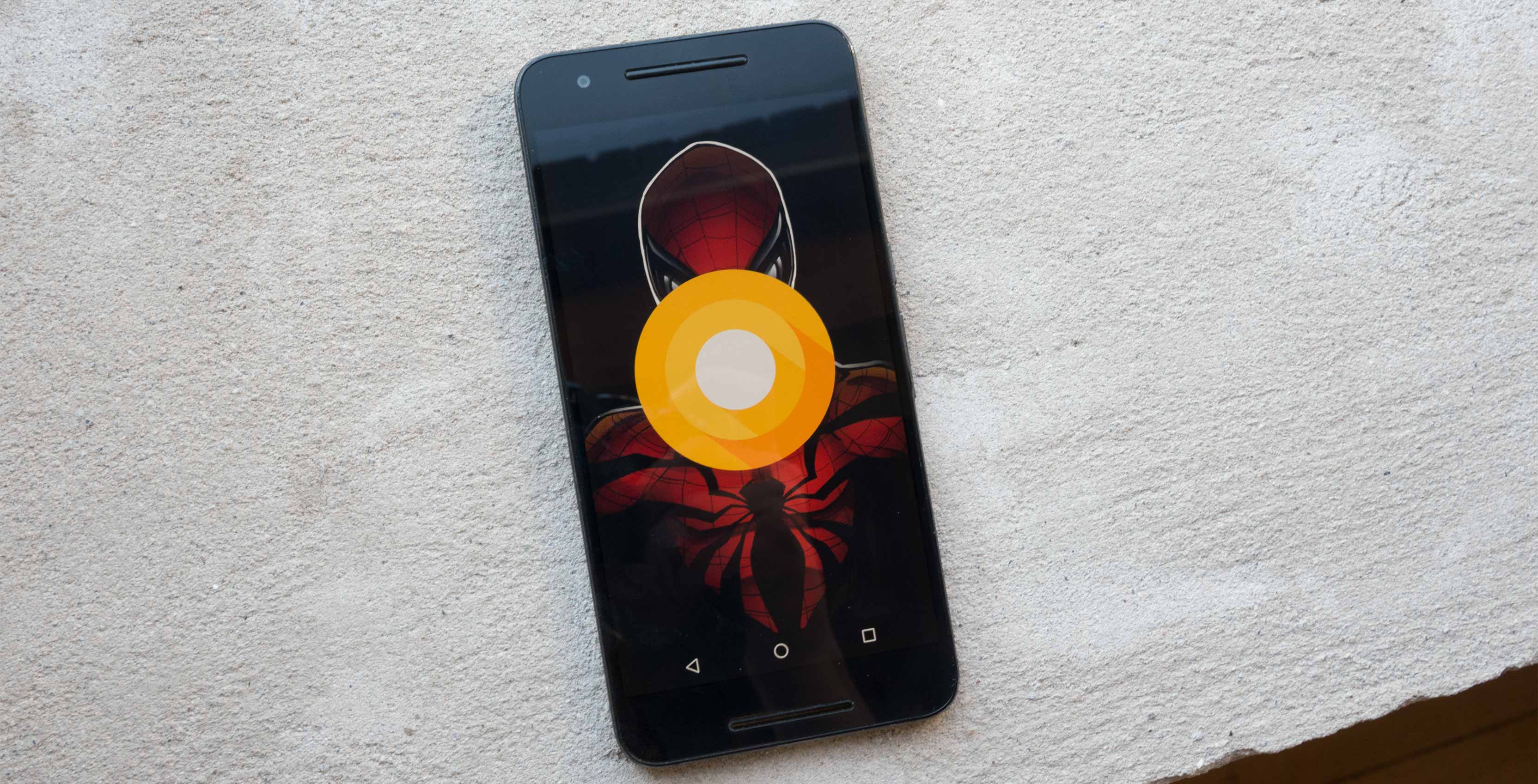 At Google’s annual I/O developer conference, the tech giant demonstrated some of the features set to be included in its next-generation operating system, Android O.

While many of the demonstrations were of features that had already come to light with the first developer preview of Android O, there were a few intriguing new additions. The tech giant also shared its vision for the new OS, which centres around the two core focuses of ‘Fluid Experiences’ and ‘Vitals.’

First revealed with the developer preview, Autofill with Google makes filling out forms on mobile easier. It provides apps with the ability to register as a system-wide provider of autofill services.

This means that autofill services will operate much like keyboard apps, which become an integral part of the phone’s essential functions. Google, for instance, will no doubt bring its own autofill expertise to the task and offer an autofill service.

Once chosen, users can navigate to and make changes to their autofill app by heading to settings > ‘Apps & notifications’ > ‘Default apps’ > ‘Autofill app.’

In its demonstration, Google noted that autofill will work in “most” apps, not just in Chrome. Once the user opts in, notes the company, it will help through suggesting usernames, for example, when logging into a social media account. 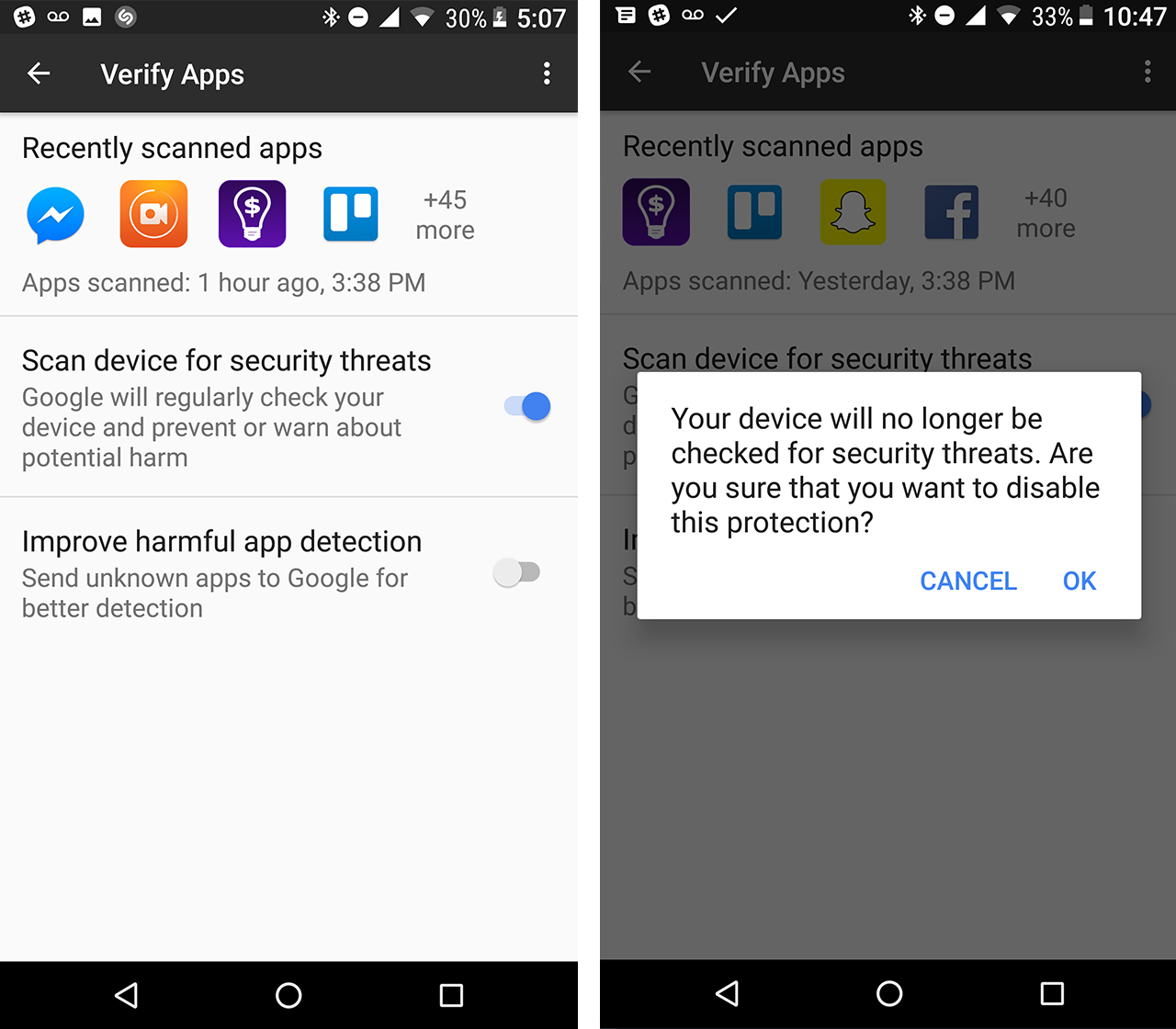 Google Play Protect protects users from mischievous apps. Android O devices run a scan of all of the apps on the device and it will then warn the user if any of the apps are deemed unsafe.

Protect will run the scans periodically and as of right now it doesn’t appear that users can decide when the apps will be scanned nor can users scan all apps at once. To see the apps recently scanned go into settings > ‘Security & Location’ > ‘Verify App.’ There you can see the scanned apps and remove the scanning if wanted.

As always, with this new iteration of Android, Google promises enhanced performance and battery life. With its focus on ‘Vitals,’ this goal had a particularly prominent place in this year’s I/O.

Among other claims, Google stated that Android O is set to make boot time much faster — twice as fast on a Pixel, in fact — reportedly a result of changes to the operating system’s core.  The company also noted that since too many apps drain the battery in the background, O has “wise limits” for background usage. 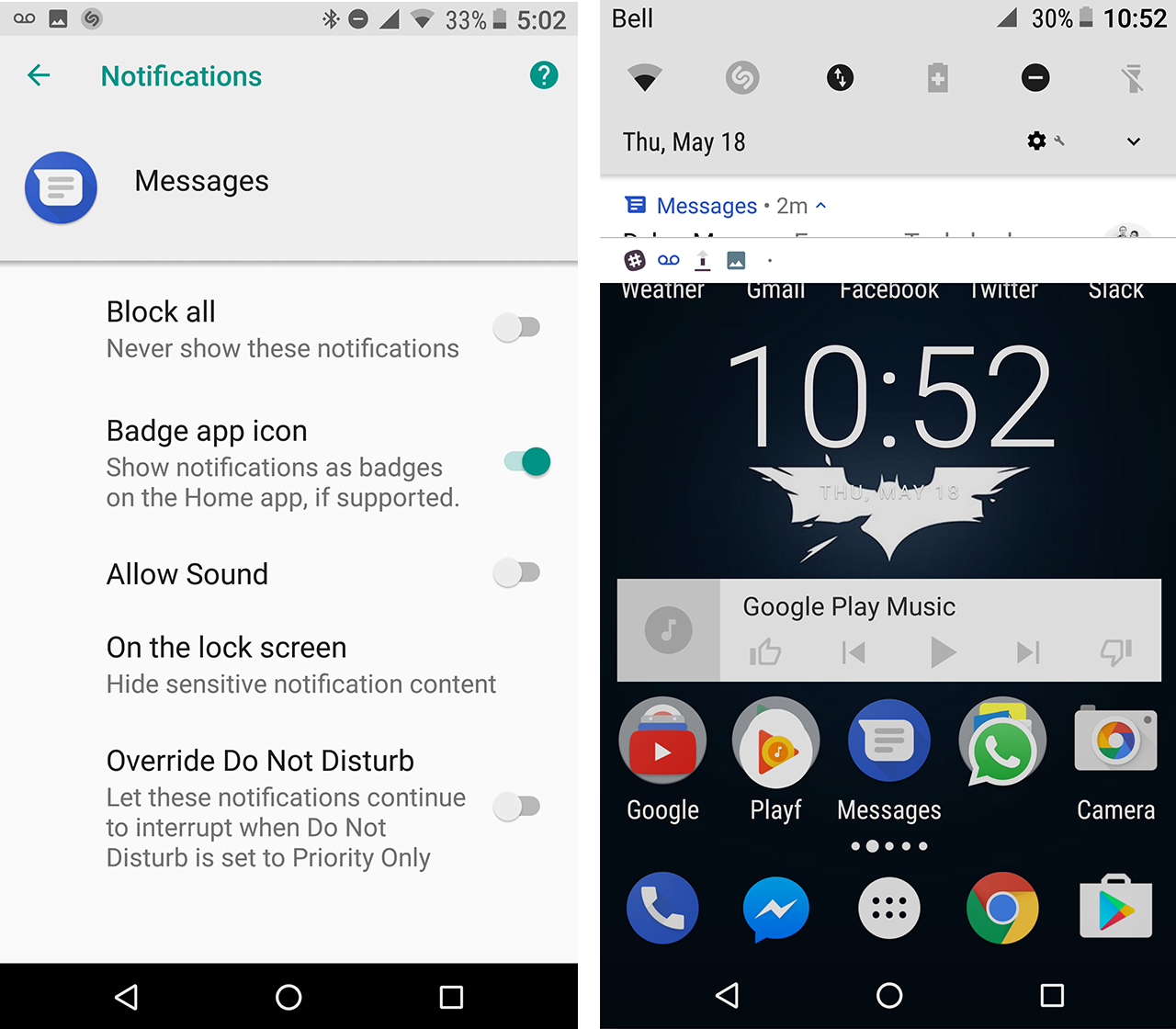 This is definitely not the first time we’ve seen notification badges, on Apple’s iPhone and Samsung’s Galaxy devices.

During the conference, Google announced TensorFlow Lite, a pared-down version of its TensorFlow machine learning technology, designed for mobile. For those unfamiliar, the original TensorFlow is an open-source library of software for machine learning that was developed by the company for the building and training of neural networks.

TensorFlow Lite brings the company’s strong focus on AI to Android mobile platforms, enabling more “fluid experiences” that are based on artificial intelligence in the future. Google says TensorFlow Lite will be available later this year. 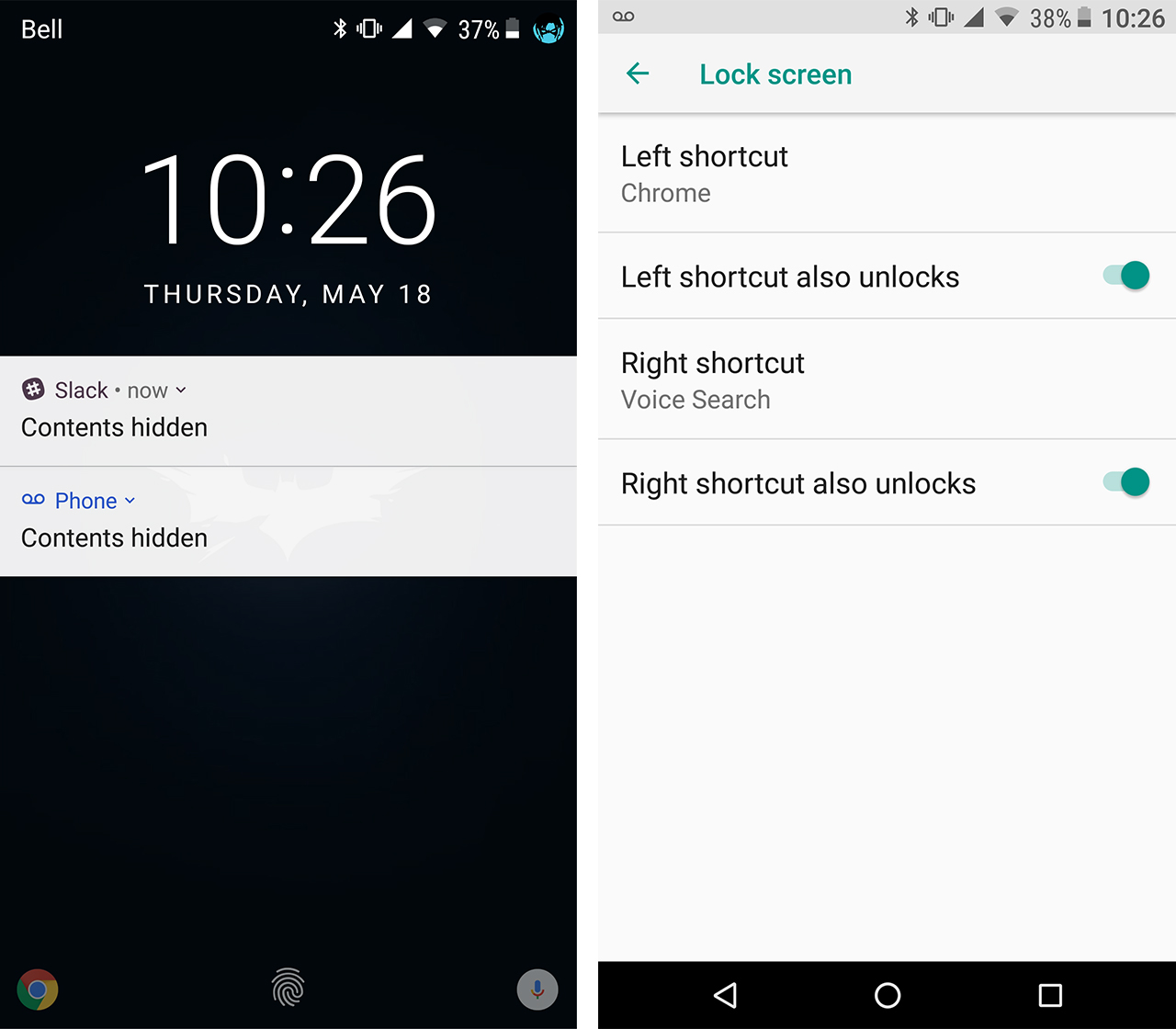 From our first pass, there appear to be quite a few differences, including raise to wake. When you raise the device it will show the current time and display icons with notifications and if the device is charging. On one Nexus 6P, the notification shade appearance has changed as well. And it’s all in white and grey instead of the black and dark blue from before.

Within the system UI there also some new things that came with the Android O. To get there, head to ‘Settings’ > ‘System’ > ‘System UI.’

Users can also set shortcuts on the lock screen that will display in the left and right corners. Click on either the left shortcut or right shortcut and the list of apps and other shortcuts, data usage, that would enable the user to see their data usage straight out of the lock screen.

Google also demonstrated a new ‘smart’ form of text selection for copy and paste at I/O. With Smart Text Selection, when a user holds down to select text, a neural network scans and analyzes it in order to automatically select the important part of the text.

For example, if you double-tap on an address, the phone will automatically select the entire address without any other pesky additions from the sentence leading up or prior to it. 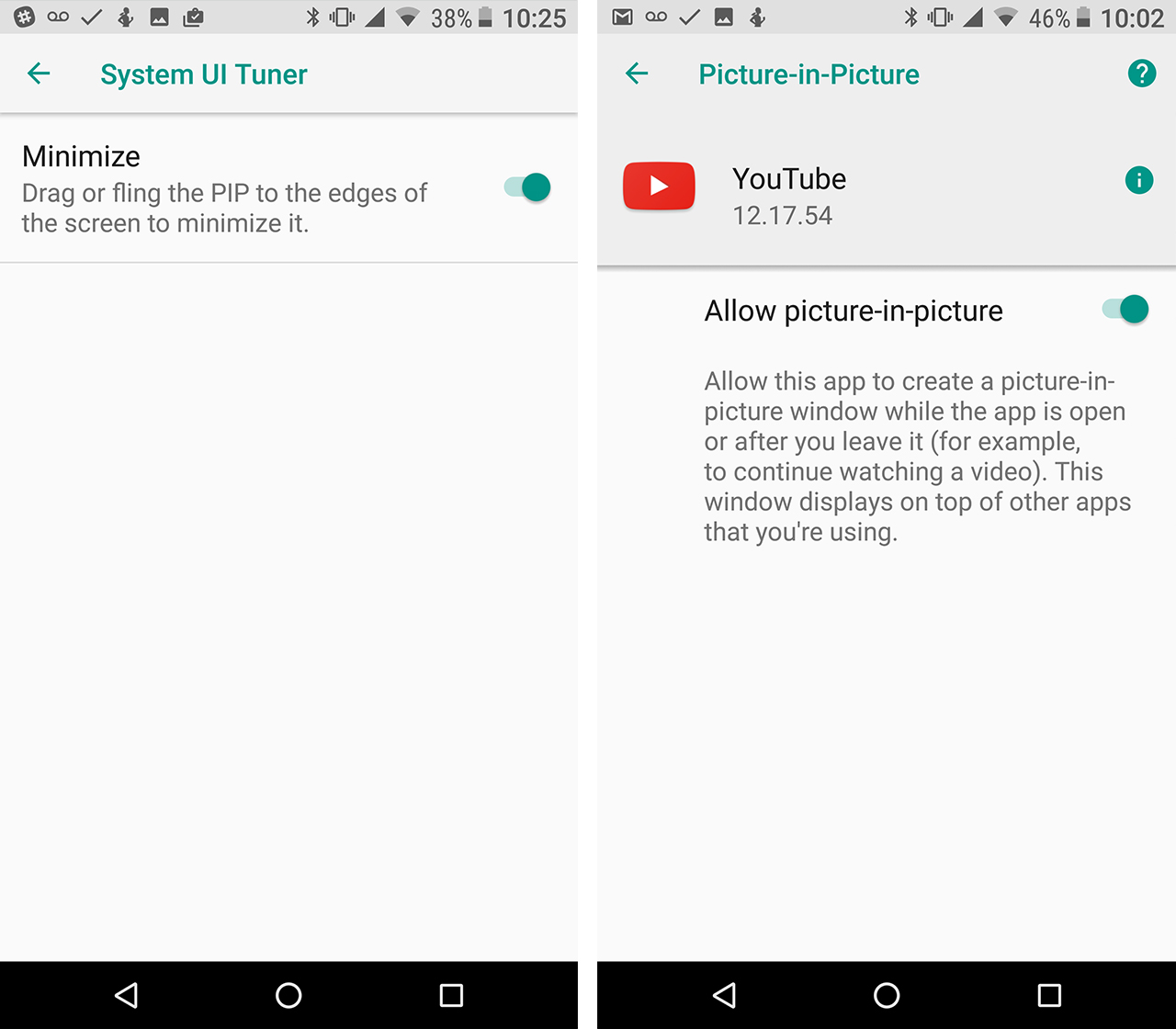 To do it users just have to be watching something on the YouTube app or looking at directions on Google maps and press the home button, that will make a small window. In the settings, the only apps that work with picture-in-picture are YouTube and Chrome. Currently, this feature appears to not be working on the Android O beta. When it does eventually work to remove it ‘Settings’ > ‘Apps & notification’ > ‘App Info’ > ‘YouTube’ (for example), ‘Picture-in-Picture’ > ‘Allow picture-in-picture.’

In addition to all that, Google also announced Android Go, a light-weight configuration of Android targeted at budget devices that launches with Android O. Google says it plans to offer Go with every OS version going forward, as well.

And who could forget? New emoji are coming and the lovable old blob format of Android emoji will soon take its cue to leave, a bittersweet departure.

Users of the Google Pixel, Pixel XL, Nexus 6P and the Nexus 5X can enroll to the Android O beta, here.

What is your most anticipated feature coming in Android O? Let us know in the comments.