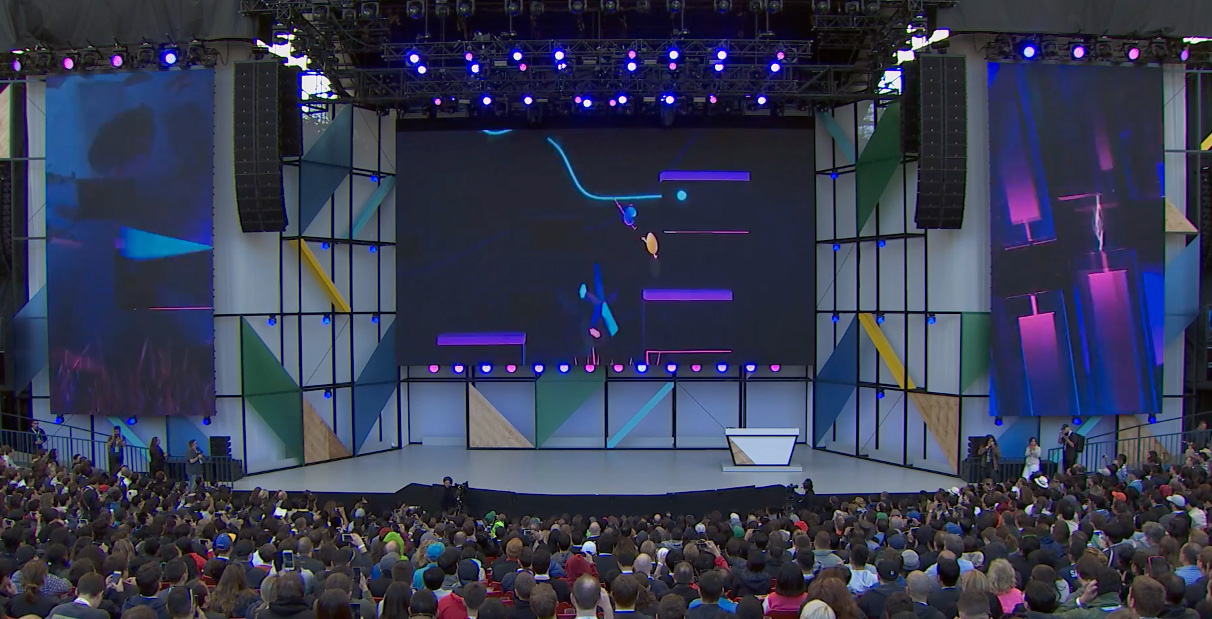 At I/O 2017, Google made a flurry of announcements, some more significant to the company’s future than others.

Below are six of the biggest announcement from this year’s I/O keynote presentation in no particular order:

1. Google Home is coming to Canada

For Canadians, the most exciting announcement at Google I/O 2017 is the fact that the tech giant’s voice-activated assistant, Google Home, is set to come to Canada later this summer.

We still don’t have a specific release date or Canadian pricing, but with Amazon still not revealing plans to bring any of its Echo devices to Canada, Home’s release north of the U.S. border marks the first IoT standalone voice-activated assistant to be released in the Canadian market.

While we don’t know official pricing yet, Google Home costs $129 USD, which amounts to $175 CAD.

While Daydream’s initial focus was on headsets powered by Daydream certified smartphones, Google seems to be pivoting the platform’s direction towards standalone headsets.

At I/O 2017 Google announced headsets developed in partnership with HTC and Lenovo that are set to be completely standalone, which means they aren’t powered by an external PC or smartphone.

It’s still unclear when these headsets will drop or how much they’ll cost, but given the lack of Daydream certified smartphones released over the last year, it makes sense for the tech giant to be changing the focus of its VR initiatives. It is, however, worth noting that Samsung’s Galaxy S8 and S8+, as well as LG’s next flagship smartphone, will soon be compatible with Daydream, according to Google.

Taking a page out of Samsung’s Bixby playbook, Google announced its own image recognition platform today dubbed Google Lens. Google Lens is a set of vision-based computing capabilities that allow a smartphone to understand what is present in a photo, video or live feed.

During I/O 2017’s opening keynote, a phone was directed at a flower and Google Lens instantly identified it. Pointing your camera at a restaurant, animal or any number of other things, also results in Google Lens identifying the object in question. Google says that this new AI system is headed to Google Photos and Google Assistant first.

While we haven’t gone hands-on with Google Lens yet, its introduction marks a shift continued in the tech giant’s focus towards becoming an AI company.

In some ways, what was the most notable about I/O 2017 were the things Google didn’t mention during its day one keynote. Case in point: Android Wear.

Besides a brief mention by the company’s Dave Burke, who talked about the smartwatch operating system in relation to Android as a whole, Google spent less than five minutes talking about the struggling platform.

It’s unlikely Google plans to abandon wearables altogether. However, with major hardware OEMs like Lenovo, Samsung and Asus abandoning the platform, Android Wear is clearly at an inflection point. It seems odd then that a time when the company needs to demonstrate a clear vision for the future of Android Wear, Google did no such thing. What could it mean? We’ll have to wait and see, but things aren’t looking good for Wear.

5. Google Visual Positioning Service is a bigger deal than you think

While it’s a moonshot, Google’s new Visual Positioning Service — VPS for short — is a big deal. The platform, scheduled to become available to everyday users later this year, promises to be the GPS of large indoor spaces.

As is usually the case for the company, Google didn’t detail how it plans to monetize the VPS, but it’s easy to imagine how we could see the company plastering augmented reality ads throughout indoor spaces.

6. Move over Siri, Assistant is coming for the iPhone.

Google spent relatively little time talking about Assistant coming to the iPhone, but, in some ways, I think that was the most significant announcement to come out of today’s keynote.

Due to the restrictions Apple places on third-party developers, Assistant is sure to have major limitations on iOS. It won’t be as robust as Siri, but with how easily it surpasses Apple’s personal helper in certain scenarios, Assistant is likely to leave Apple users dreaming of greener pastures. Not only is that not a good thing for Apple, but it neatly fits within Google’s stated goal of organizing the world’s data. More data from everyone, iOS users included, will help Google make its AI even better.