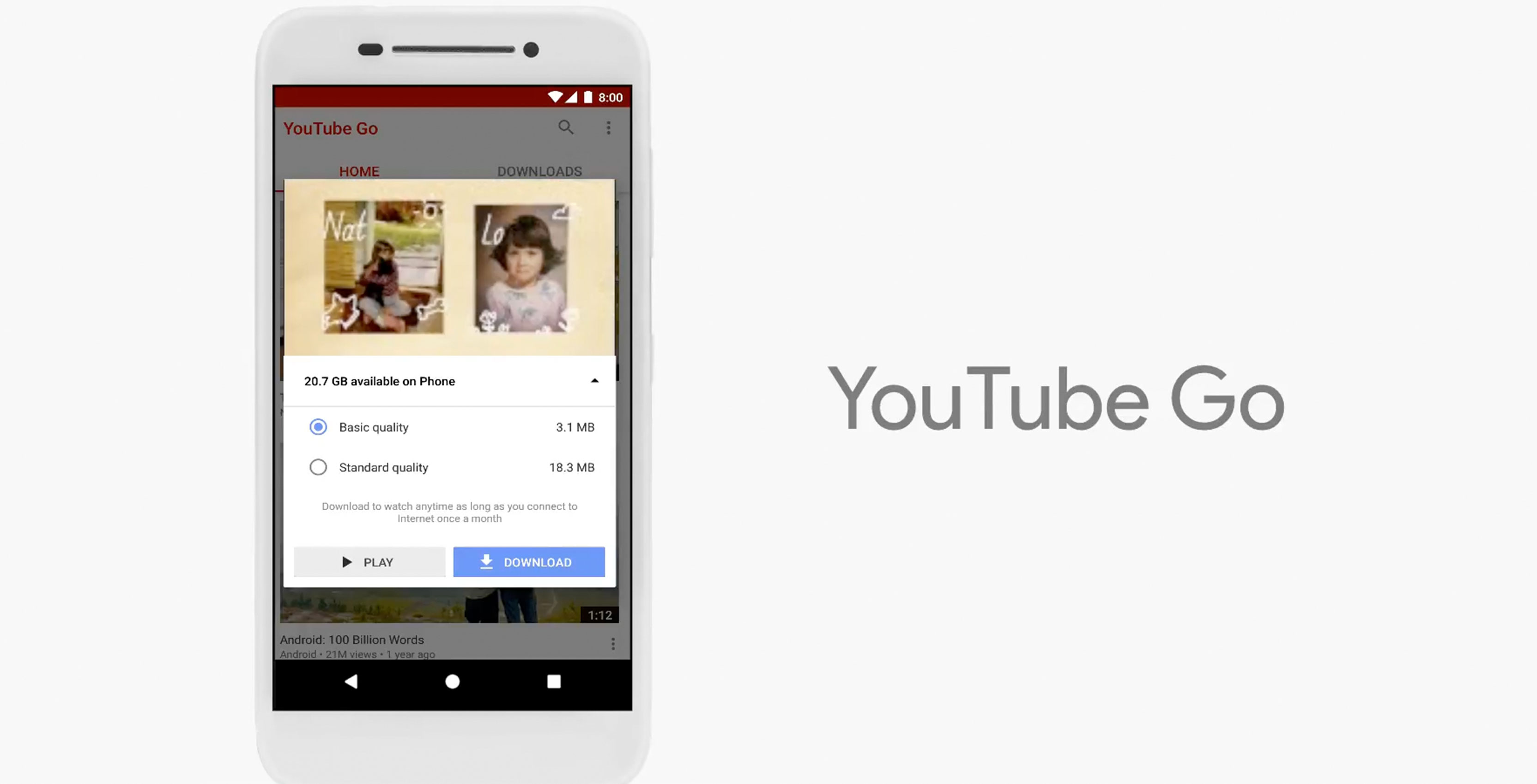 At the I/O developer conference, Google announced Android Go on Android O, which targets entry-level devices with the promise of saving data and running smoothly with less RAM.

First off, Android Go will help less powerful devices and those with limited data connectivity. The pared-down version of Android O focuses on three things when it comes to optimizing the latest release of Android: rebuilt Google apps, a redesigned Play Store and a focus on apps created by developers.

This will help make Android O devices that run smoothly with less RAM. Google announced they created an API that allows people who use prepaid data to see how much data is left and even add more data through their devices.

Further, Data Saver will come on automatically in the Chrome app and simplify web pages to save data used on phones, which Google predicts will save more than 750TB of data for users per day.

Android Go will also come with YouTube Go. YouTube Go shows how much data the video will consume, a new preview feature to see the video before actually watching.

YouTube Go will also allow users to save videos while the device is connected to Wi-Fi, and enables offline sharing to share videos without the use of data.

As an additional benefit for Android Go users, developers will use the tool ‘Building for Billions’ to help build apps that work for devices with less RAM, which Android Go users will primarily see and pick from to get apps that are more optimized for their devices.