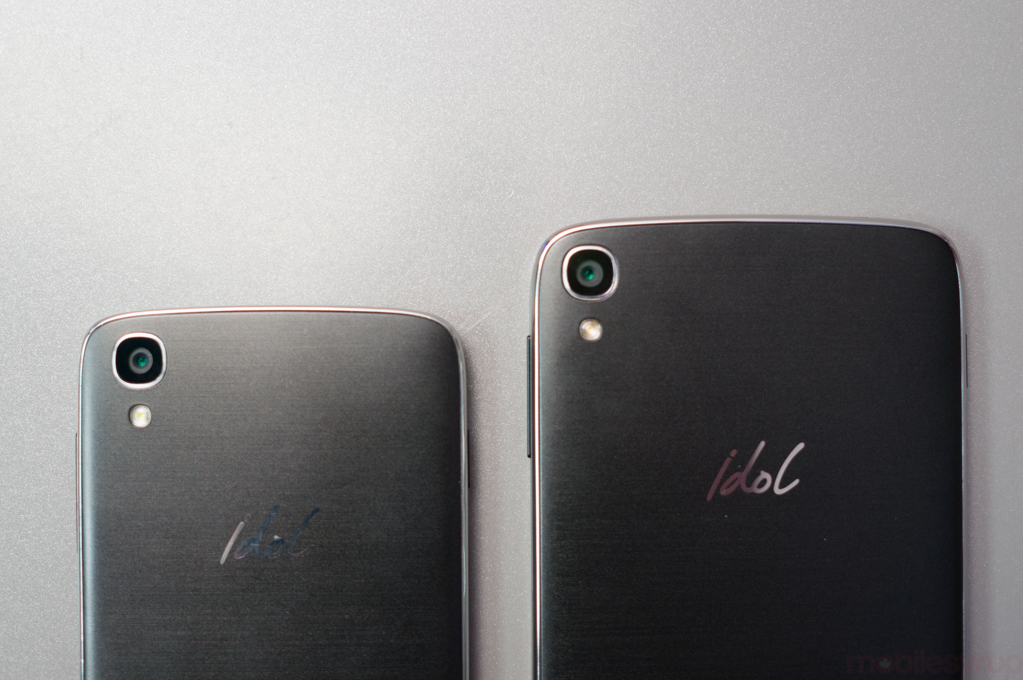 Alcatel OneTouch roared into 2015 with one of the most surprising smartphone duos of Mobile World Congress, the Idol 3 4.7 and Idol 3 5.5, the latter eventually coming to Canada on Telus, Bell and Videotron to great acclaim.

Now, in the run up to this year’s show in Barcelona, a wealth of information has leaked about the company’s two new flagships for the year, the Idol 4 and Idol 4S, much of it from AOT’s own support pages (since removed). 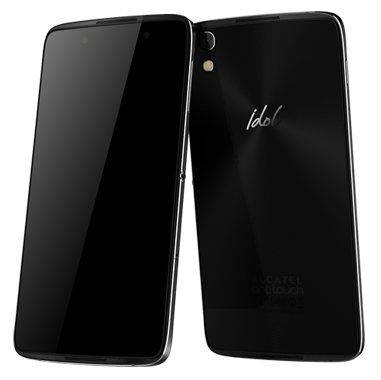 First up, the Idol 4 appears reminiscent of its immediate predecessor, a curved plastic body and flush rear camera sensor.

The major improvement, and a welcome one, is the relocation of the power button to the phone’s middle right side from the top left, an exasperatingly bad choice for left and right handed users alike.

In terms of specs, the Idol 4 appears to have a 5.2-inch 1080p LCD panel, an octa-core Qualcomm Snapdragon 617 processor (the same one that’s found in the HTC One A9), 2GB of RAM, 16GB of internal storage, microSD slot, 13 megapixel rear camera and 8 megapixel front camera, and a 2,610mAh battery, all running Android 6.0.

We can expect the device to debut in the $200 to $300 range based on what we’ve seen in the mid-range Android market this year. 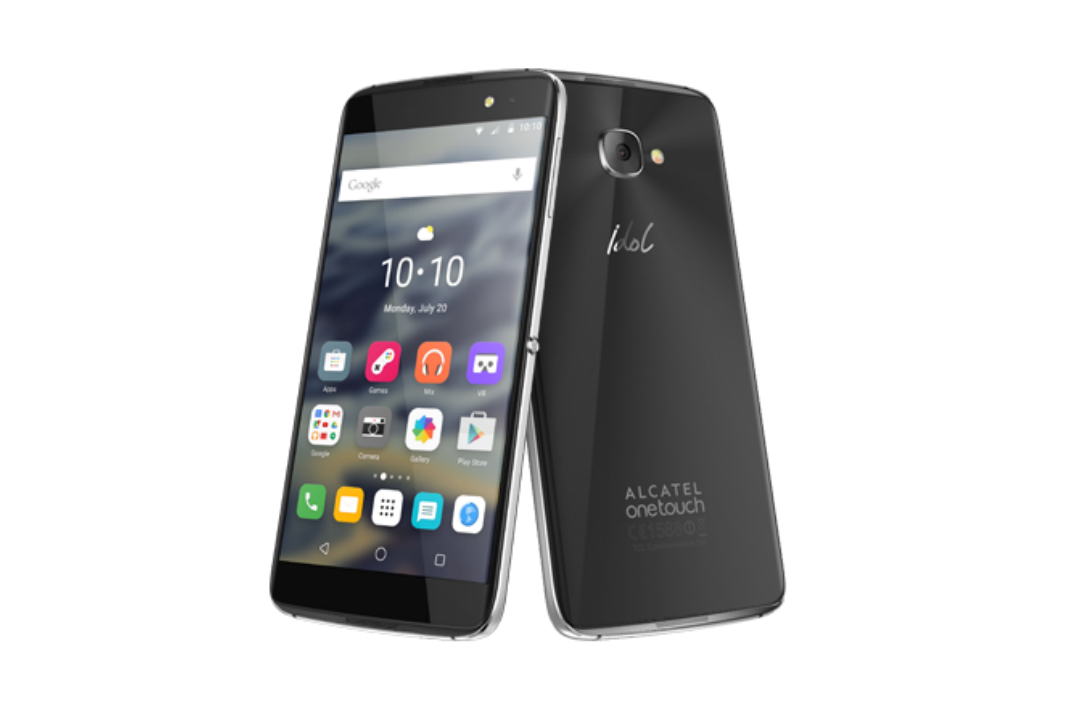 While the Idol 4S is clearly AOT’s yearly flagship, despite the “upgraded” Snapdragon 652 chip the specs are decidedly 2015-era. The question will be whether Alcatel OneTouch can turn these two phones, like they did with the Idol 3 series, into mid-range darlings, devices that have enough substantive improvements over the competition in that same price category to stand apart.

AOT also needs to learn to keep its devices updated. Despite a handful of smaller bug fix updates, the Idol 3 still runs the same version of Android 5.0.2 it shipped with, and it’s unclear whether it will receive an update to Marshmallow in the near future. Shipping with Android 6.0 will buy the Idol 4 and 4S some breathing room, but Google I/O is in a few short months.

The full specs sheet, posted below, leaves little to the imagination. The popular “reversible UI” functionality, which allows the Idol 3 to be flipped 180 degrees and used upside down, has returned, along with double-tap to turn the screen on and a number of other popular Android features. 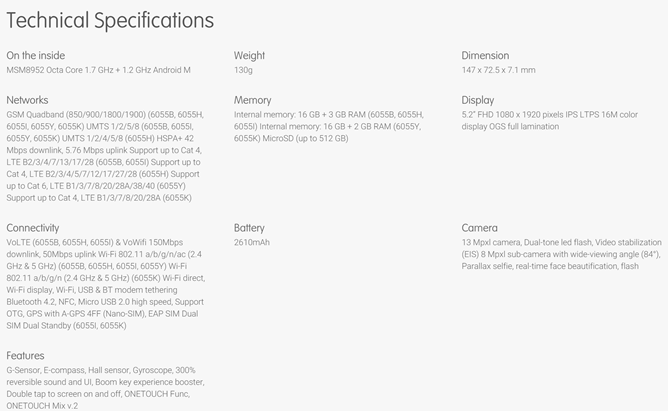 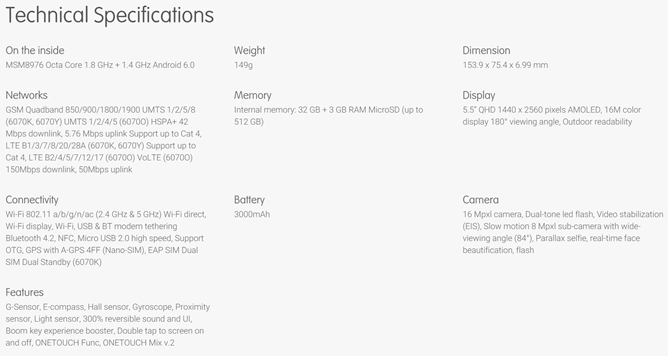 We’ll have more soon on these two devices from Mobile World Congress, which starts on February 20th, 2016.