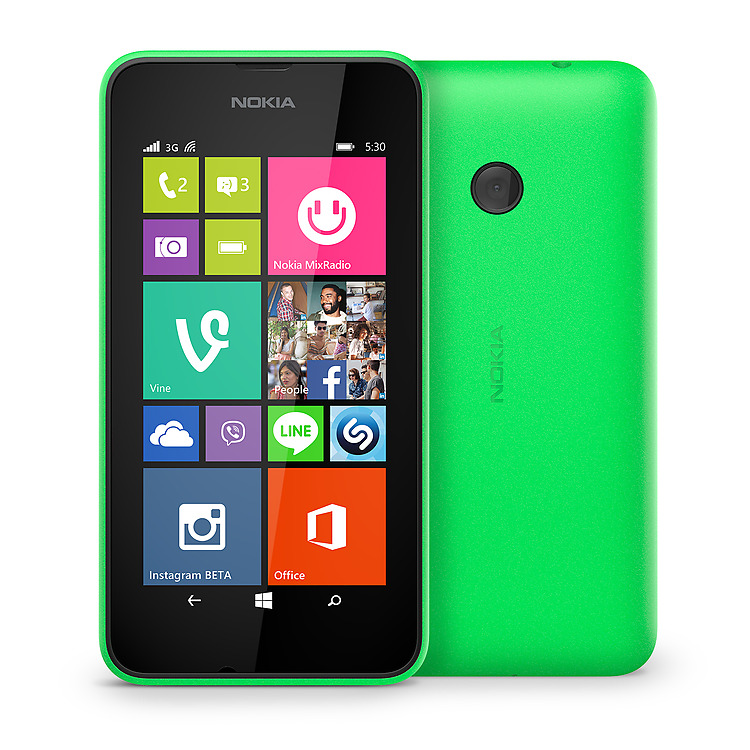 Nokia might be ditching the whole budget Android idea but its still committed to providing low cost or entry-level Windows Phone devices. The company’s Lumia 530 leaked in Asia yesterday and Microsoft followed that up with an official announcement this morning.

The Lumia 530 is Microsoft’s new flagship budget phone and it runs Windows 8.1, which Microsoft announced earlier this year at Build 2014 and started rolling out in late June. Windows Phone 8.1 brings Cortana, as well as Action Center, Word Flow, and personalised backgrounds, to the masses.

Under the hood of the Lumia 530 you’re looking at a quad-core Snapdragon 200 clocked to 1.2 GHz, 512 MB of RAM, 4 GB of integrated storage (expandable to 128 GB), and a 4-inch capacitive touch LCD with an 854 x 480 resolution. Nokia is producing both single-SIM and dual-SIM models, though it’s not clear if one or the other will be reserved for certain markets.

Design-wise, it’s pretty similar to the its predecessor, the Lumia 520, but the corners are more heavily rounded and the back is a little bit more curved. It’s available in bright orange, bright green, grey, and white, and the covers are interchangeable, so you can change things up depending on your mood. Pricing is set at €85 before tax in Europe, and Nokia plans to launch in August in “select markets.” No word yet on a North American launch but the price equates to roughly $122 off contract.