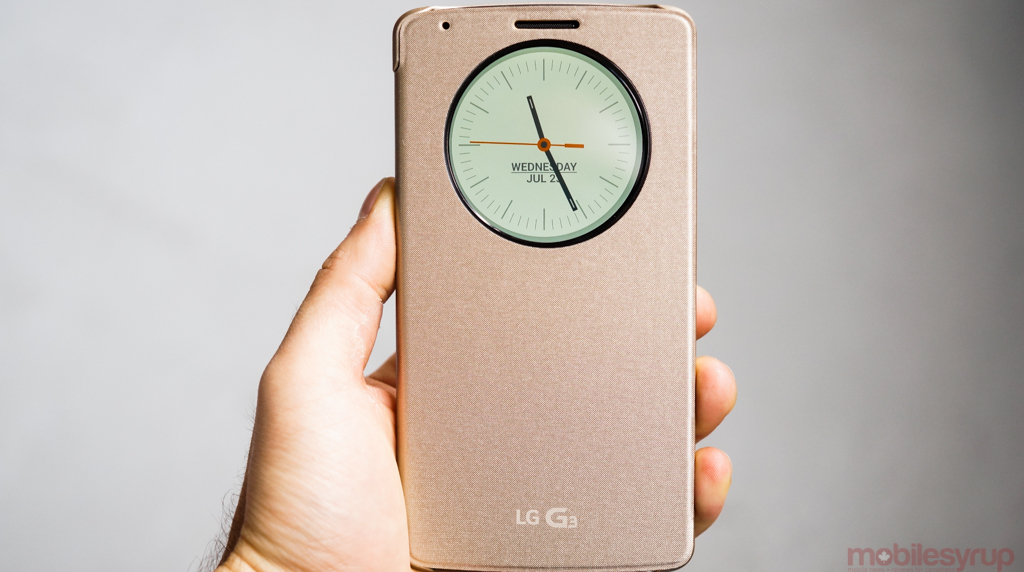 If you’re in the market for an upcoming LG G3, available August 1st from Rogers, Bell, Videotron, MTS, SaskTel and Videotron, an accompanying $49.99 QuickCircle case might be the perfect accessory.

Unlike last year’s model, the G3 sports a removable back cover, allowing for a case to not only protect the front but give the back a fresh coat of paint as well.

We were able to try out the cover in a variety of colours — it will be available in white, black, gold and purple hues — and found that it adds minimal bulk to the 5.5-inch flagship. And because it replaces the back cover rather than sitting on top, it does not obscure the slightly-recessed volume buttons. 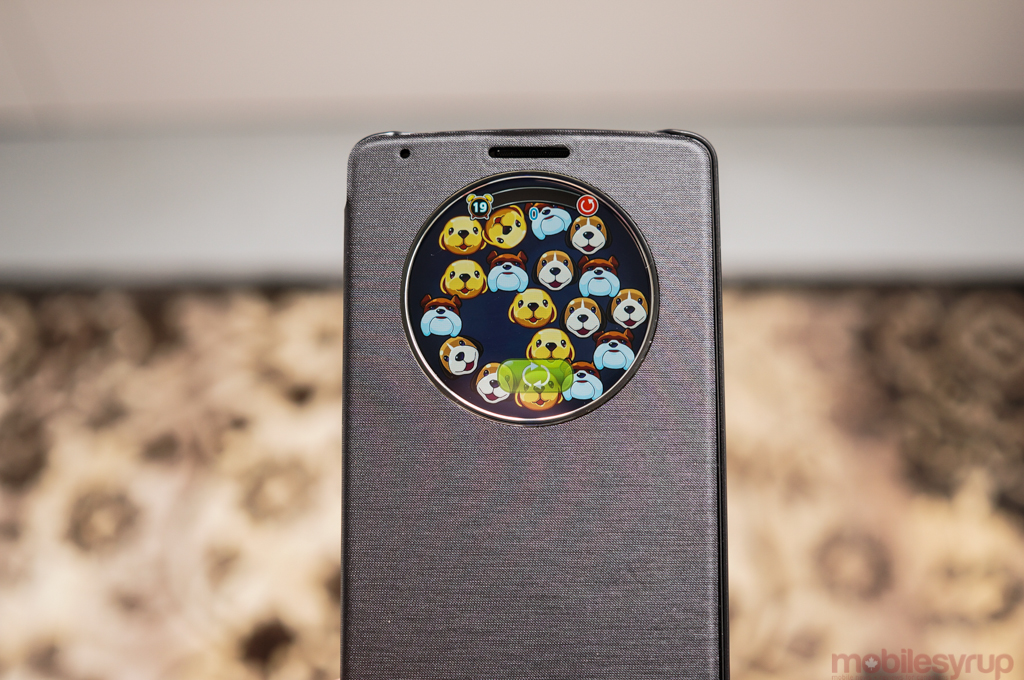 We also had a chance to play with the ultra-cute, extra-simple QuickCircle game, Puppy Pop, the first title that uses the newly-released developer SDK. It’s a very simple game, a Bejeweled clone with dog faces, but it’s cute enough that kids will enjoy it, and engrossing enough that they won’t be tempted to open the device and begin tapping elsewhere.

Puppy Pop is unlikely to be the beginning of a window game revolution, but it’s a good example of what to expect from such titles, and could easily translate onto an LG-powered smartphone of some kind. 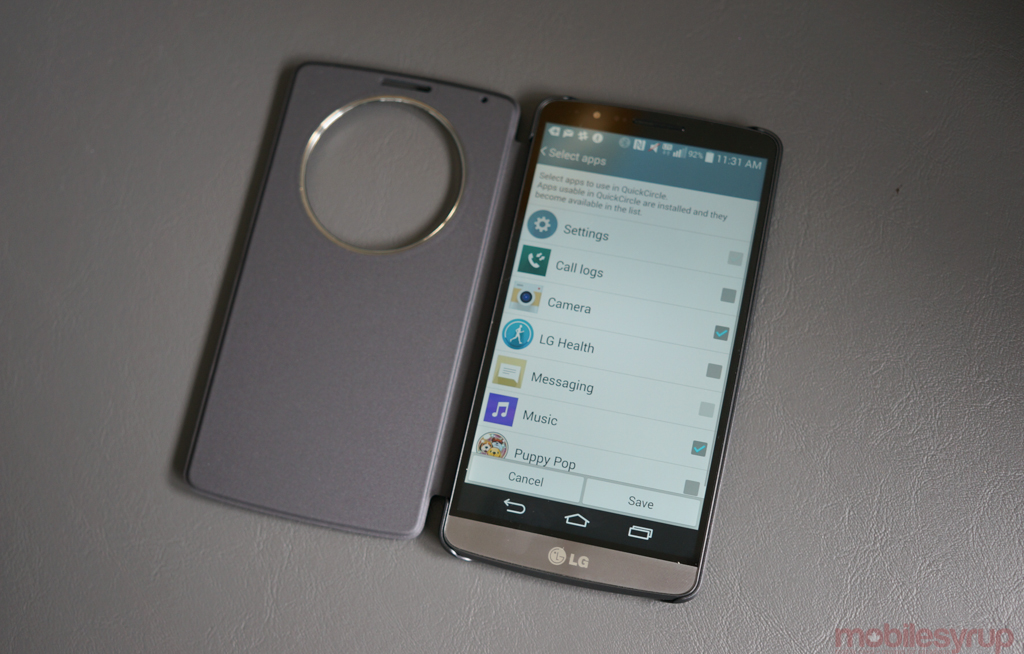 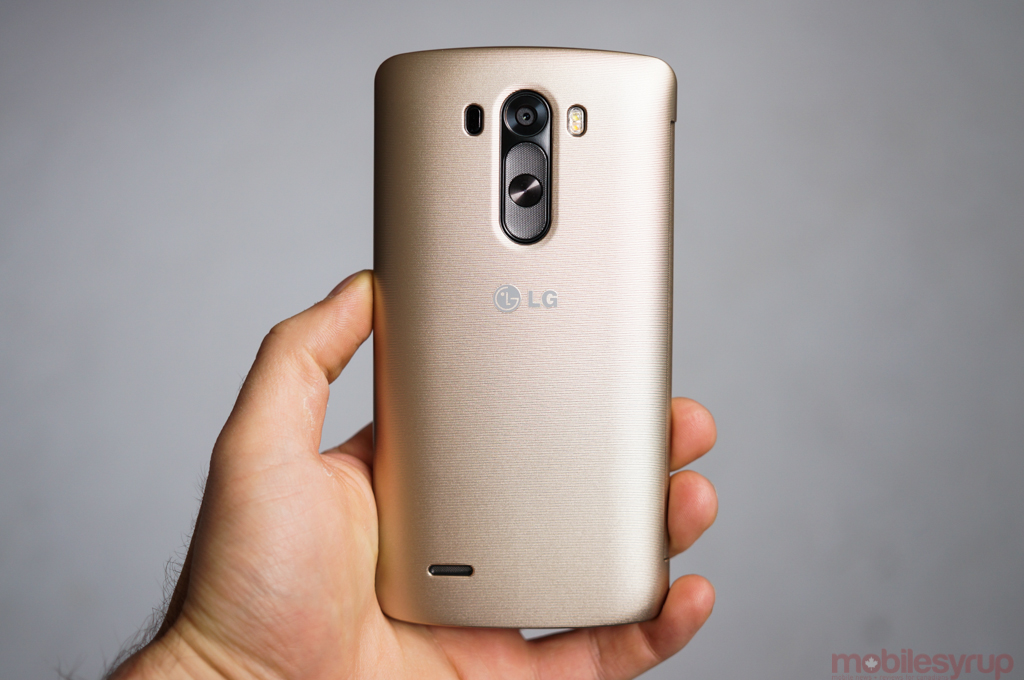 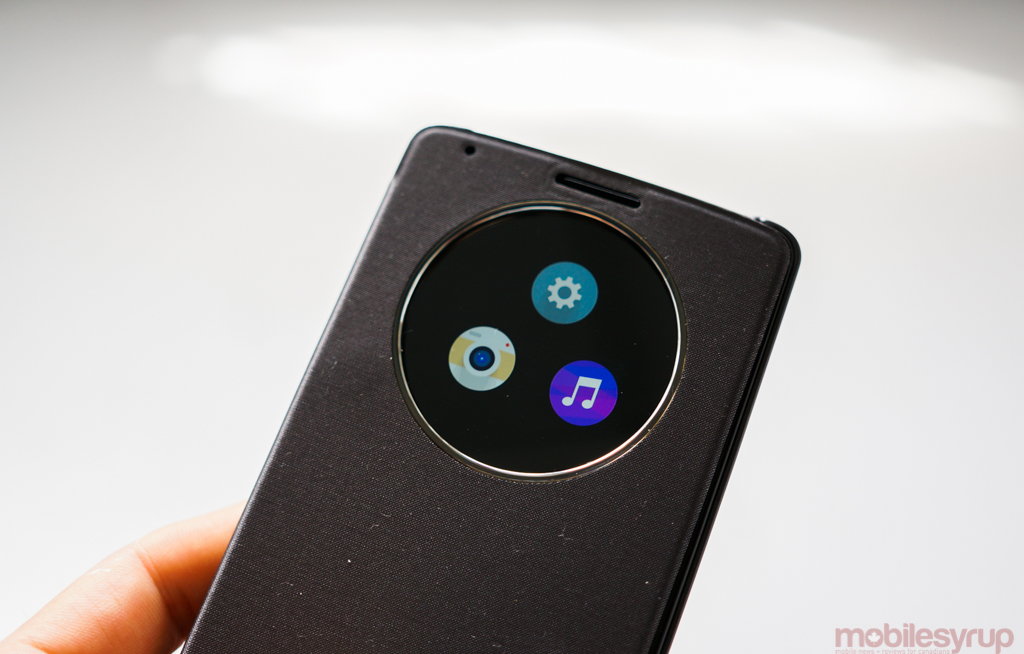