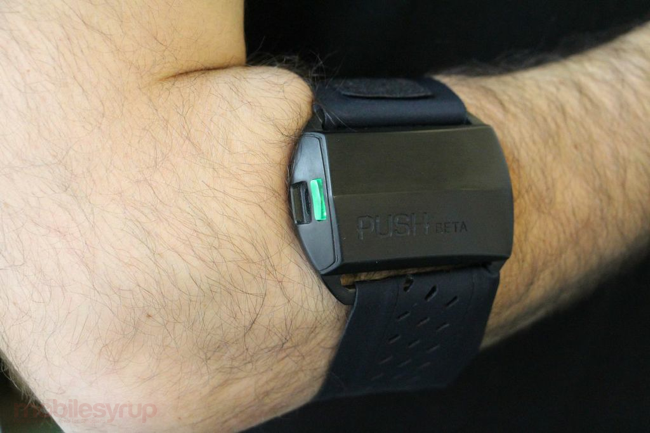 In a sea of fitness trackers, PUSH stands out. The first activity wearable to measure strength, PUSH offers more than simple step counting. The sensor-based armband aims to provide reliable data to empower coaches, trainers, athletes and gym-goers — and make them better.

PUSH raised over $130,000 on Indiegogo back in November. The Toronto-based company has completed a working beta version of its wearable device along with a lightweight iOS and Android app and has already begun shipping to beta testers. 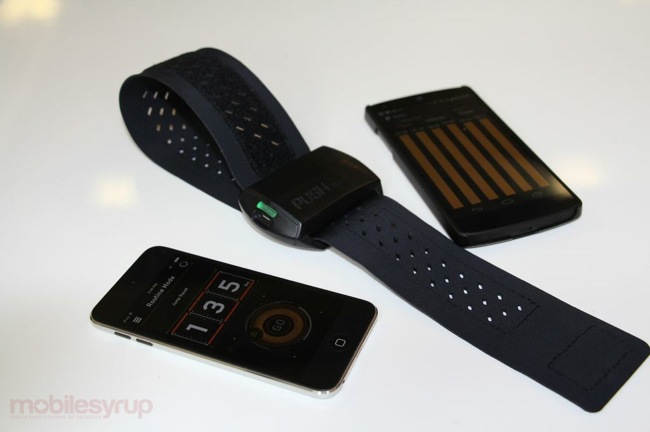 The select group of beta testers are primarily made up of professional coaches and their athletes from major league teams such as the Orlando Magic, Cincinatti Bengals and Toronto Blue Jays. It also includes MMA’s top strength and conditioning coach, Joel Jamieson of 8 Weeks Out.

PUSH currently has about twenty-seven units in the wild and expects to have 200 devices in total as part of the beta program. The team is hoping to collect some valuable user feedback from these testers to help refine the product to get it ready for its public release this summer.

We went hands-on with the beta device and its companion application at the JOLT accelerator, where PUSH has its offices, in downtown Toronto. The current device is light and extremely minimalistic in design. It has only one button which is used to connect your device to your smartphone using Bluetooth and to tell the device to begin tracking an exercise. The device emits a blue light when connecting and a green light when transmitting via the LED indicator on the side. 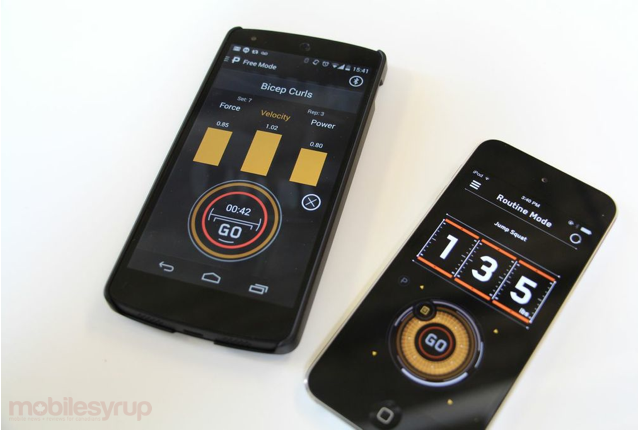 CDO and co-founder, Mike Lovas, told MobileSyrup that they are considering moving the LED to the top of the device in its final form. They are also working to make the device thinner and more water resistant. We may also see new strap options at launch, including a sleeve version, popular for those who are into crossfit and basketball.

The current beta app, available on both Android and iOS, is meant to collect information from the device, visualize it and then send this information to the cloud where coaches and athletes can access it. The app has two modes: Free and Routine. Free mode lets you choose the exercises on your own while Routine mode is pre-loaded with workouts defined by a trainer. 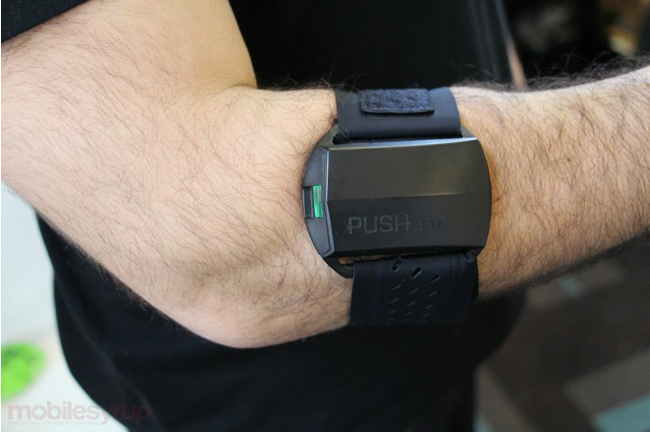 To track your activity for a specific exercise, users enter their weight and then push the button on the side of the device to start transmitting. The app will then show the user’s force, velocity and power in a dashboard format. It also tracks active and rest time throughout the workout.

CEO and co-founder, Rami Alhamad, told us that the team is already planning on some design and user experience updates for the app in addition to many new features. They are also working aggressively to tackle some awesome features like exercise detection, and even an offline mode which would let you leave your smartphone in your locker and have the sensor collect information which it will load up when you are done your routine.

The PUSH armband can be pre-ordered for $149 with a summer 2014 ship date expected. 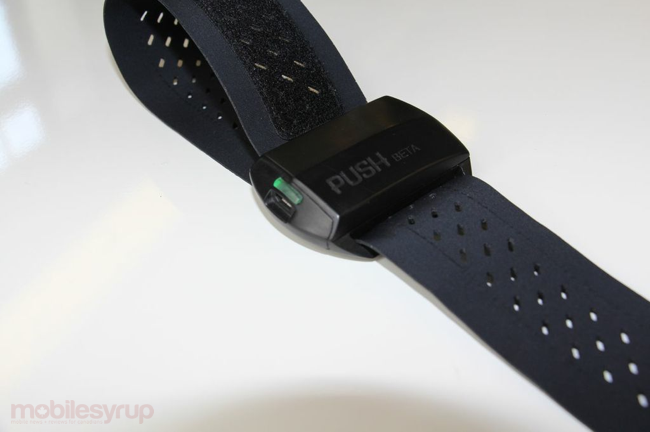