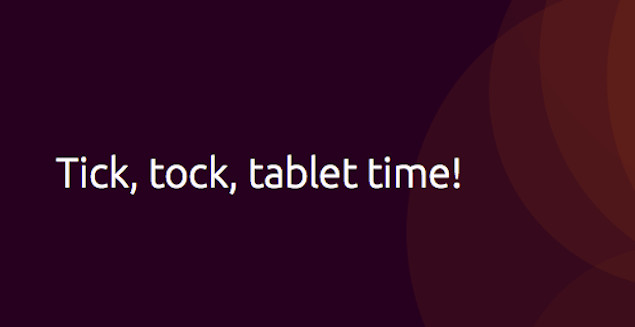 In what is clearly a countdown to a product unveiling, Ubuntu looks to be coinciding a tablet product with HTC’s One launch event tomorrow.

In a less-than-ambiguous poster released today, Canonical is claiming, “Tick, tock, tablet time!” as it winds down to the One launch in New York tomorrow at 10am EST. Whether the announcement has anything to do with HTC’s new product line remains to be seen, but we can’t see the timing as anything other than a collaboration.

Hardware running on Ubuntu’s mobile operating system isn’t going to be available until well into the Fall, likely October or November, so the tease looks like more of a concept demo than an actual product launch. We also expect developer versions of Ubuntu touch to be available for the Galaxy Nexus and Nexus 4 on Thursday, February 21st, so this week is gearing up to be something of a marquee week for Canonical.

We’ll bring you more as we get it, but tomorrow is likely going to be a busy day.

Canonical looking to release an Ubuntu Touch OS phone in 2014