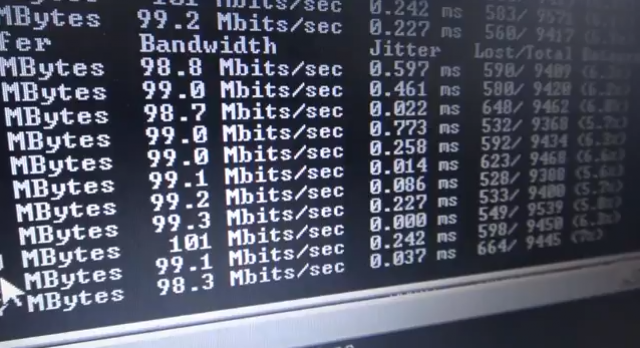 Yesterday I had the opportunity to check out Bell’s “Wireless Technology Inovation Centre,” where they do all the network and device testing. It’s a remarkable process to see what’s involved in taking a network from concept to completion, and also how long it actually takes for handsets to get approved — it can take upwards of six months. I was limited to what I was able to capture, but did see their all three of Bell’s networks being tested: CDMA is still active and has about 2 million customers, HSPA+ makes up the bulk of their 8+ million wireless customers, and LTE — which just launched —  is a major priority for Canada’s second largest carrier.

When Bell kicked LTE speeds open to Canadians, which operates on the 1700/2100 MHz AWS band, it was noted that “Initially the 4G LTE network will provide access to peak speeds up to 75 Mbps (expected average speeds of 12-25 Mbps). As the 4G LTE network and devices evolve, we’ll reach even greater speeds, approaching 150 Mbps.”

During our review testing of Bell’s various LTE devices (Samsung Galaxy Note, Optimus LTE, HTC Raider, Tab 8.9) we repeatedly achieved download speeds between 20-45Mpbs and upload speeds of 6-15Mbps. Still incredible speeds to experience on your smartphone or tablet, but Bell is getting ready to open up their 2,600 MHz spectrum.

First, the 2,600 Mhz will make it possible for Bell’s LTE network to potentially reach those “peak download speeds” of 150 Mbps. As you’ll see in the video I was allowed to film Bell testing the upcoming LTE Sierra Wireless 330U Turbo Stick (see our video review here), which is a follow up to the 313U that they initially launched with. Due to the limited baseband inside, the Aircard 330U is only capable of reaching download speeds of 100 Mbps, so those max 150 Mbps speeds were not reached. The video shows the 330U did consistently reach download speeds between 98-101 Mbps, upload speeds of 41-43 Mbps, which is the theoretical maximum for this particular model. Granted we were the only one on the network at time but Bell says that the typical download speeds will “double what’s currently available” (so you can expect between 30-50 Mbps). Bell would not say when the 2,600 Mhz spectrum will launch, only that “it’s sooner than later.”

The advantage of 2,600 Mhz spectrum over existing AWS bands is that it is able to deliver higher speeds over the same distance, allowing for that 150Mbps theoretical maximum we referred to. But at higher frequencies, radio waves are more prone to distortion and bit rate loss, making the 2,600 Mhz spectrum a poor choice for mobile phones. For LTE sticks, however, they do a great job at delivering incredibly fast speeds to slow-moving or stationary objects. Check out the video below. 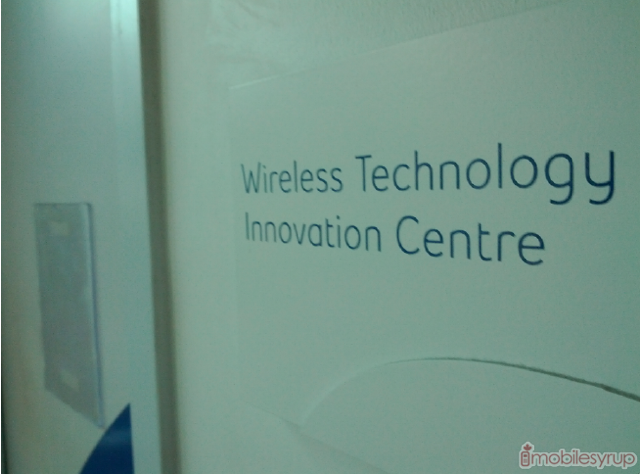