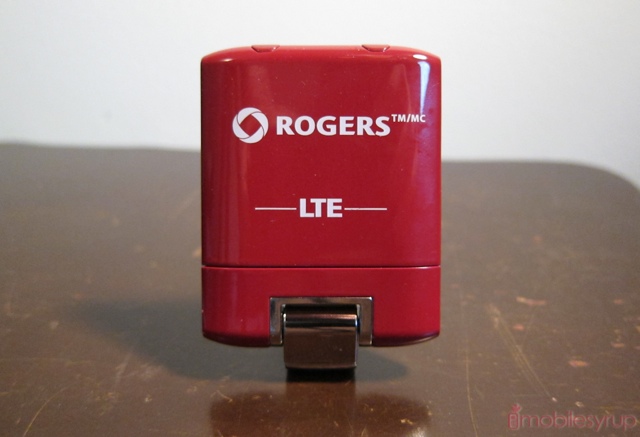 The internet stick market — that precarious data-only avenue — may be a small one, but it’s also essential for users who need portable high-speed internet access all the time. While smartphone tethering may do the job for most, the internet stick is still widely used by individuals and businesses who’d prefer to pay just for data, or for the fastest data.

The Rogers AirCard 330U is the follow-up to the successful 313U. Both are LTE-capable devices developed by Sierra Wireless; both have a distinctive swivel design. But only the 330U has 2600Mhz capabilities, which, where available, adds 15-20Mbps to the average LTE connection. 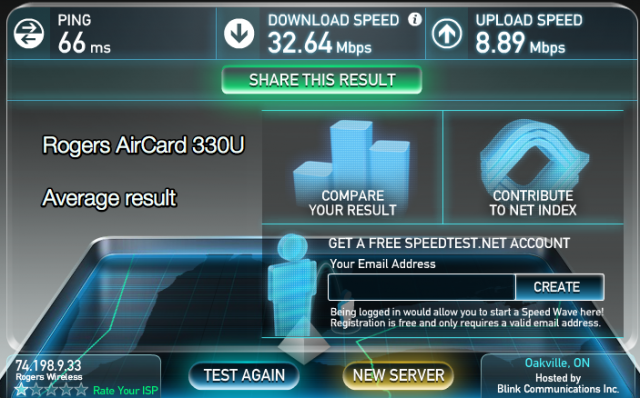 We obtained typical speeds of about 32Mbps down and 9Mbps up, though on occasion, as you’ll see in the video above, the contrast is quite stark, with the 330U besting the older 313U and Bell’s Novatel Ovation U679 by over 30Mbps. 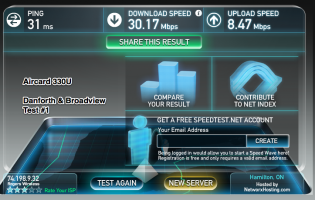 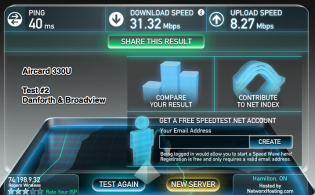 The 330U achieves faster speeds by incorporating the 2600Mhz band into its existing 700Mhz/AWS spectrum capability; Rogers owns a bit of 2600Mhz that it is using in its Rocket Stick devices to deliver faster LTE performance where available. We say ‘where available’ because at such a high frequency the signal is more prone to distortion and disruption through thick objects like walls. It also doesn’t recover as well as lower-frequency signals when presented with multipath, which is the result of radio waves bouncing off buildings and coming into contact with other signals. Lower-frequency signals can survive the trip through cement, glass and other obstructions better than can higher-frequencies. Rogers incorporating both low (1700/2100Mhz) and high (2600Mhz) means that there will usually be a decent signal, even if speeds are not as high. Things will only improve when the government auctions off the 700Mhz spectrum later this year, allowing truly mobile LTE in smartphones and internet sticks. 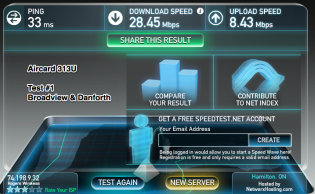 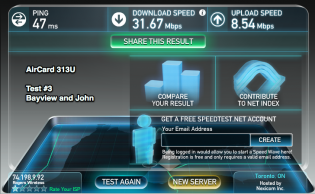 You can see that in areas where the 2600Mhz signal is not active, results between the 313U and 330U are largely identical. Where the 2600Mhz band is in use, as you can see in the video, results peak above 50Mbps down. Bell’s network, with the Novaltel Ovation U679, has an advantage in the uplink, but does not come close to either Rogers sticks in the downlink.