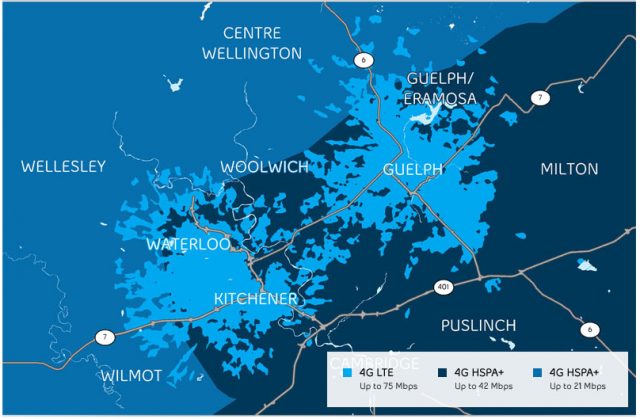 When Bell rolled out their HSPA+ network on November 4th, 2009 they used the tag line “It’s On”. Now they have launched their “super fast” LTE (Long Term Evolution) network and for those located in the select coverage area of Toronto, Mississauga, Hamilton, Kitchener-Waterloo and Guelph you can benefit from increased data speeds. Bell noted in the fine print on their LTE site that “Initially the 4G LTE network will provide access to peak speeds up to 75 Mbps (expected average speeds of 12-25 Mbps). As the 4G LTE network and devices evolve, we’ll reach even greater speeds, approaching 150 Mbps.”

As for the coverage, pretty impressive reach for an initial rollout, but at the end of the day it comes down to the real speeds customers experience and if the increased price is worth the early adoption. Toronto coverage extends almost out to Pickering and up past Highway 401 and out to Mississauga. In addition, the Bell LTE coverage takes up the core of Hamilton, K-W and Guelph. Below are the complete current coverage maps 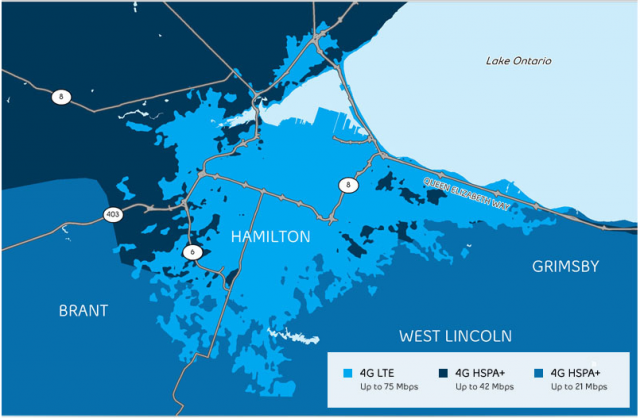 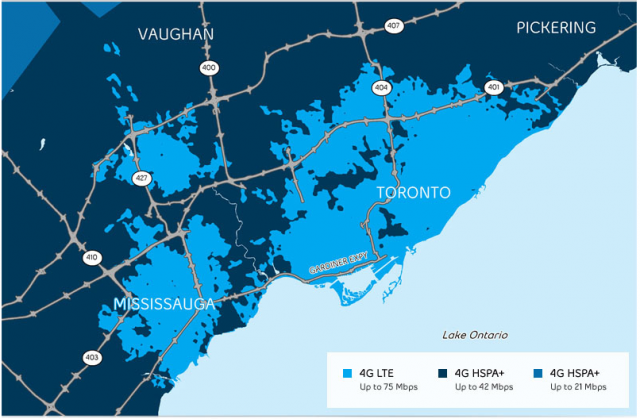