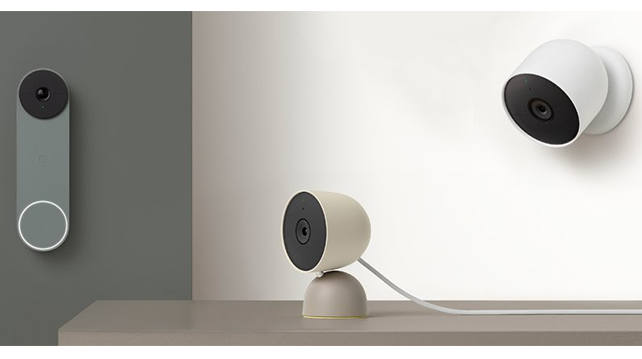 Google has revealed four new products that are coming to its Nest security camera line.

Lets take a look at the new offerings:

The new battery-operated Google Nest Cam is made from 45 percent post-consumer recycled plastic and has a 2-megapixel sensor with 6x digital zoom. With HDR and night vision, it can record 1080p video with a 16:9 aspect ratio at 30 frames per second.

Since the camera is now battery-operated, it’s much easier to install and doesn’t necessarily need to be attached near an electrical socket, be it inside the house or outside. Additionally, the new cam can now record up to one hour of security footage in events in case of Wi-Fi outage. The recordings will later be uploaded once your internet is back up.

Further upgraded from the regular Nest Cam, the new battery-operated camera can send you alerts when it detects not just motion but also people, animals, packages and vehicles. 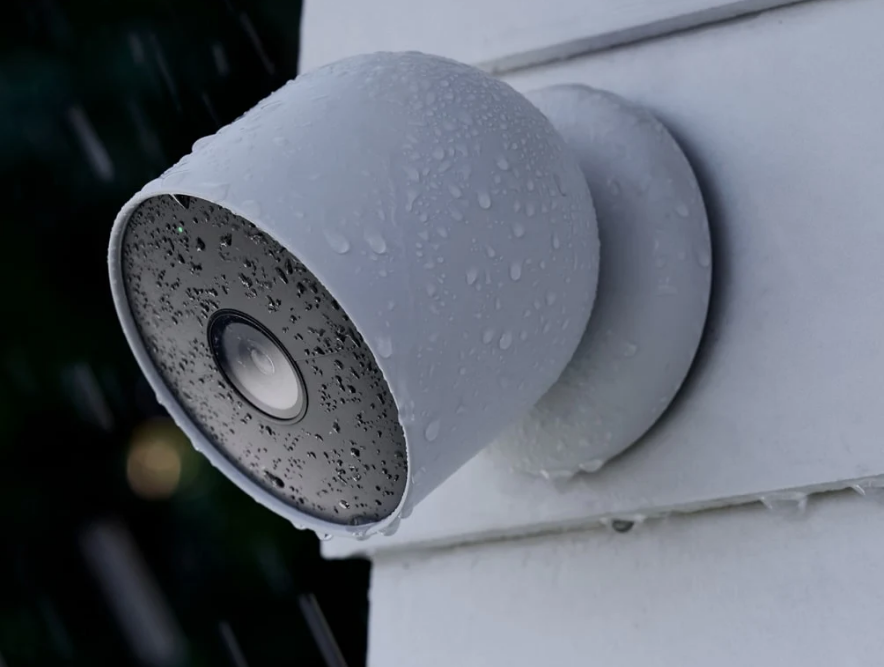 Additionally, the camera is IP54 weather-resistant, so you don’t necessarily have to place it under a shed.

Pre-orders for the battery-powered Nest Cam start today for $239.99. The camera will go on sale on August 24th.

Next up, we have the battery-operated Nest Doorbell. Though it is battery-powered, you can also wire it in like a traditional doorbell.

According to Google, the average battery life of the doorbell is about two and a half months between charges, though this varies depending on how busy your doorway is. Further, it has a 145-degree diagonal field of view with a 3:4 aspect ratio allowing you to see the person outside from head to toe. The Doorbell can push alerts when it detects motion, people, packages, animals and vehicles. 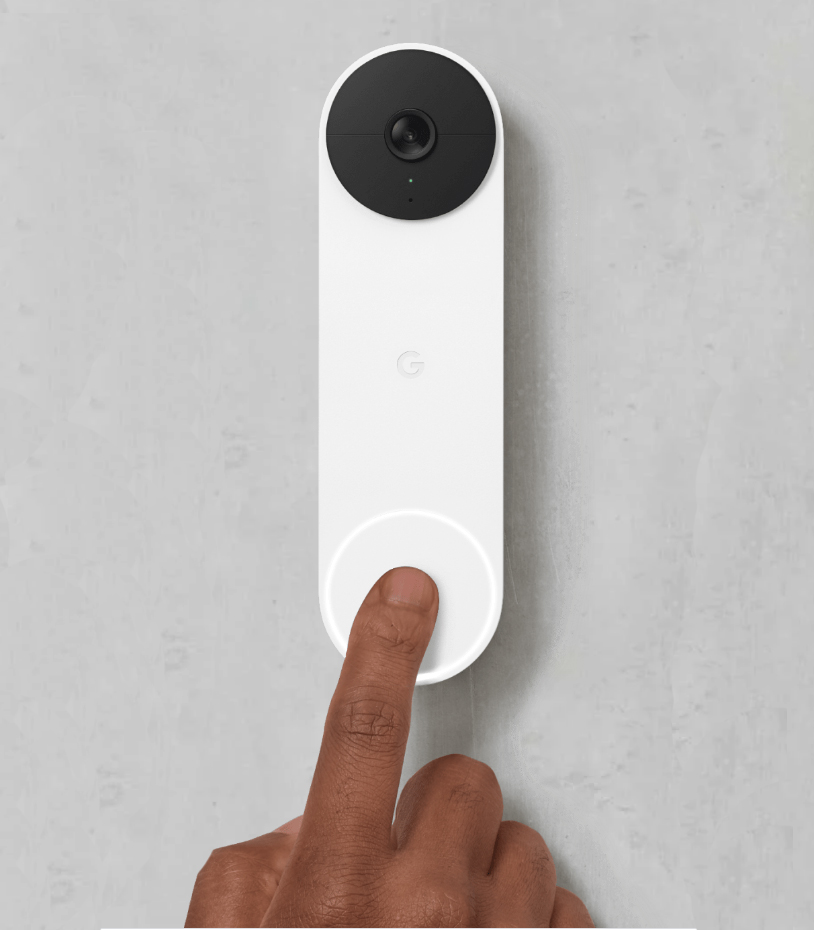 The Nest Doorbell has night vision and HDR capabilities and can record 960 x 1280 pixel resolution video at up to 30 frames per second. Additionally, similar to the Nest Cam, the new Doorbell can also record during a Wi-Fi or power outage and upload it once the connection is restored.

The new battery-powered Nest Doorbell can be pre-ordered today for $239.99. It will go on sale on August 24th.

Then we have the Nest Cam with floodlight, which, unlike the other new products mentioned above, is not battery-operated. Still, it can record offline for later upload and has up to one hour of on-device storage, which translates to about a week’s worth of recording. Basically, it’s a Nest Cam attached to a 2400 lumen floodlight that needs to be connected to a power source constantly. 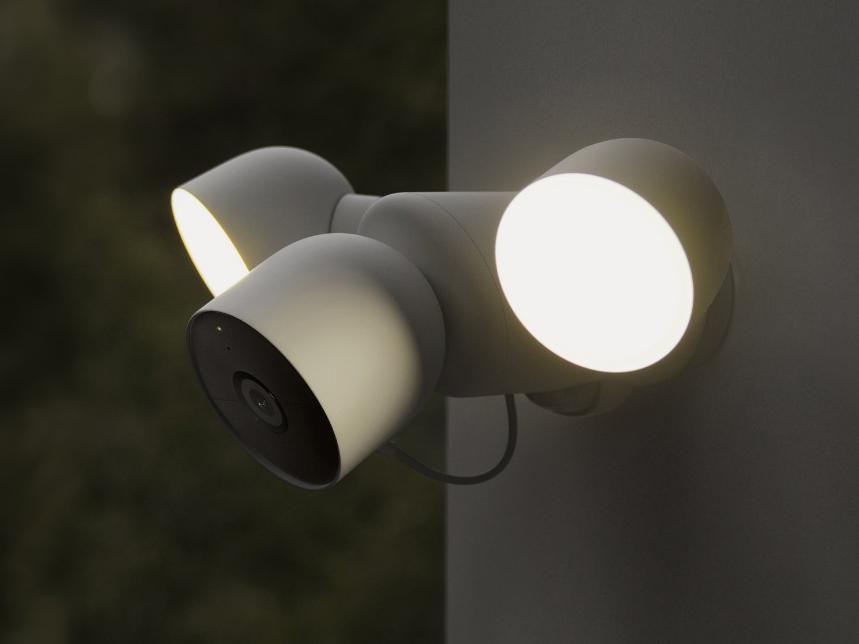 Further, it is IP65 weather-resistant and only turns the floodlights on when it detects motion, a person, animals, vehicle and more.

The Nest Cam with Floodlight will be available at a later date, according to Google. Canadian pricing isn’t available yet, but it is slated to cost $279.99 in the United States, translating to about $350 CAD.

Lastly, we have the new second-gen Google Nest Cam wired, an affordable indoor camera. It has the same advanced specifications and intelligent features as the more expensive battery-operated Nest Cam but lacks the battery and weatherproofing, hence, indoor. 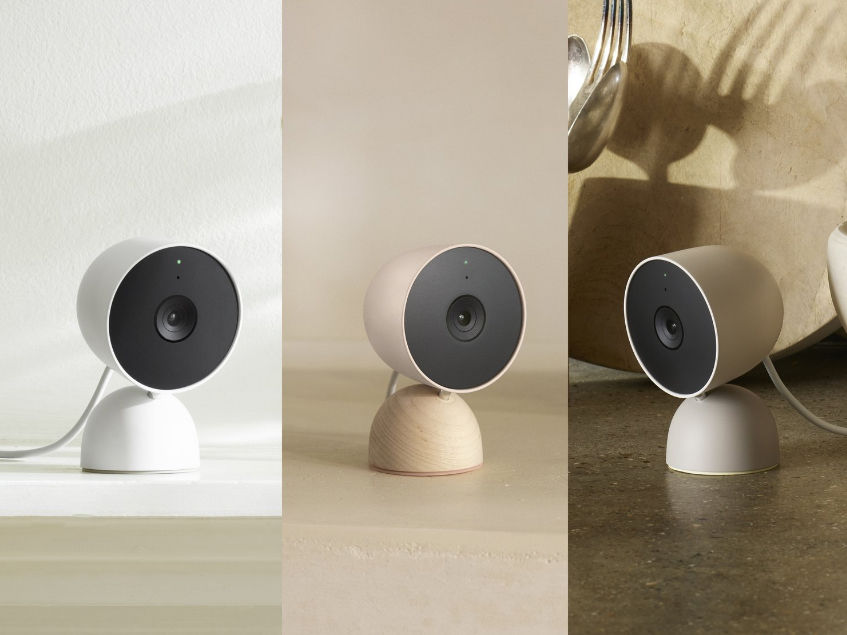 The Nest Cam Wired will be available in four colours (white, pink, beige, and green) with an optional wooden base, and the camera can be placed on a table or mounted on a wall.

The second-gen Nest Cam Wired will be available at a later date, according to Google. Canadian pricing isn’t available yet, but it is expected to cost $99.99 USD (about $125 CAD).

Nest Aware, not something that you necessarily need

It’s worth noting that all of the new Nest Cams come with the ability to save up to three hours of event video history and the ability to create specific activity zones without the Nest Aware subscription.