Durability-wise, the new glass is near sapphire, which is known for its scratch resistance

Corning has unveiled a new Gorilla Glass set, but it’s not for phone displays — it’s for smartphone camera lenses.

According to Corning’s announcement video, traditional smartphone lenses have an anti-reflective coating on the inside that allow light to enter and hit the sensor, producing an image, but these traditional coatings still lose on some of the light that reflects back, never registering on the sensor.

Corning’s new product, the DX and DX+ for camera lenses, reportedly can capture 98 percent of incoming light (in comparison to 90-92 percent with traditional camera glass), allowing for a more detailed and crisp image, all while protecting your smartphone lens from scratching or cracking.

While this sounds wonderful, Corning points out that the glass isn’t something new. DX and DX+ have been used in smartwatches since 2018, but the design has now been modified to meet the demands of a smartphone camera lens, i.e., letting in as much light as possible. 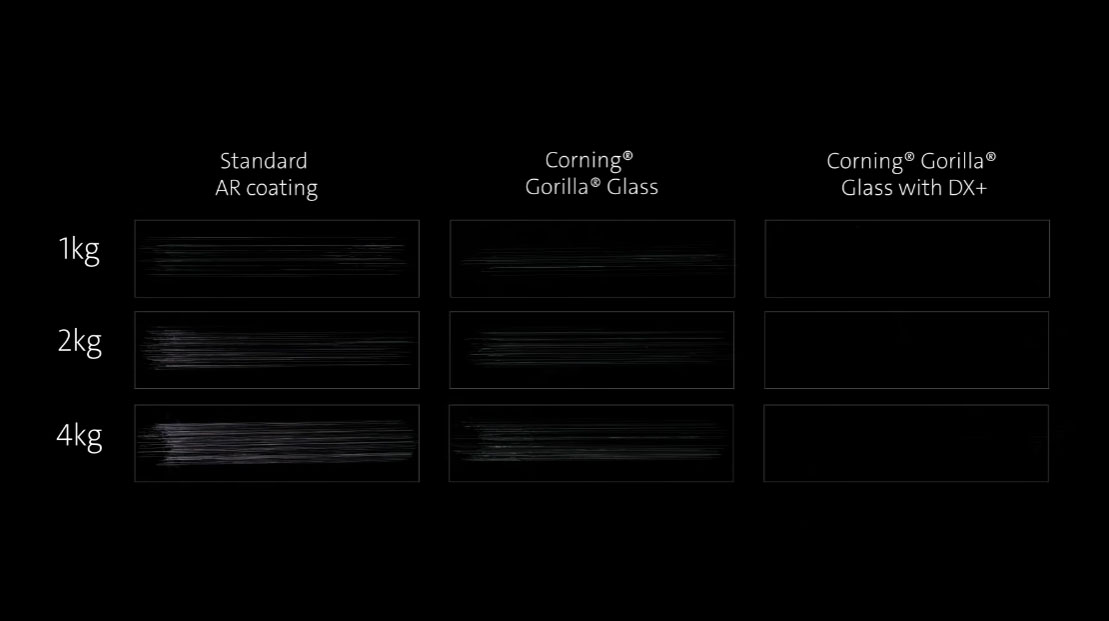 Additionally, Corning demonstrated how the new DX and DX+ hold up durability-wise when put against a standard AR coating and Corning’s regular Gorilla Glass and also claims that the DX+ is near sapphire, which is known for its immense durability.

Although no particular phones with Gorilla Glass DX/DX+ have been revealed, Corning said in its press release that Samsung will be the first client to employ a Gorilla Glass DX lens cover on a future smartphone.