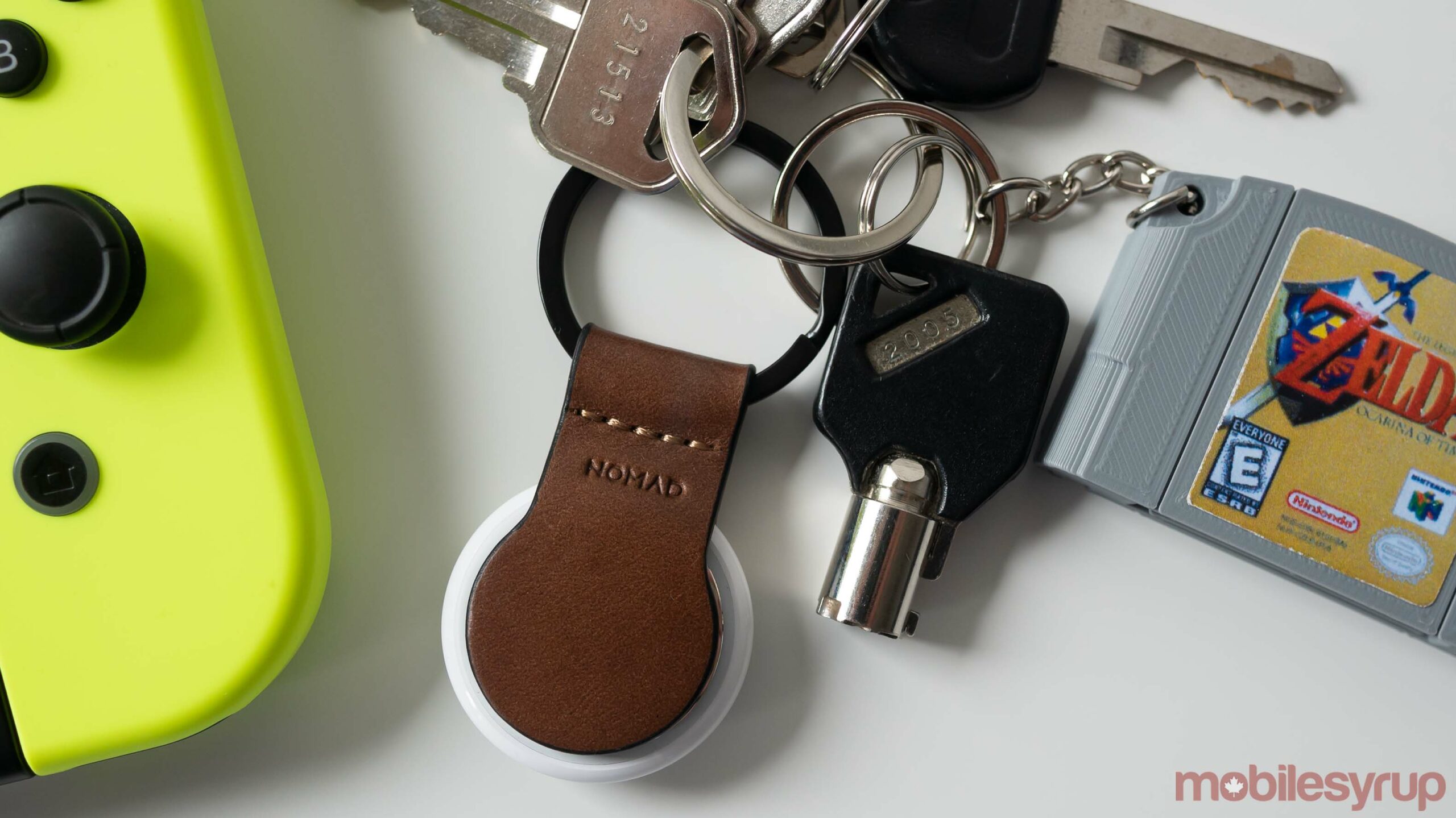 While the fact that the AirTag doesn’t feature a built-in hole for a key ring remains a perplexing design decision on Apple’s part, there are nearly countless third-party case options out there for the Bluetooth tracker.

Apple’s various AirTag Key Rings cost between $39 and $45, there are far more cost-effective, though cheaper-feeling, options available, including Belkin’s plastic Secure Holder with Key Ring at $15.95.

This is where Nomad’s Leather Loop for AirTags comes into play. It’s still somewhat pricey, but cheaper than Apple’s option, offering a decent balance between quality and cost.

Instead of a leather enclosure you slide the AirTag into, Nomad’s horween vegetable-tanned Leather Loop uses 3M adhesive to attach to the AirTag on both sides, protecting its plastic front and stainless steel back from scratches. 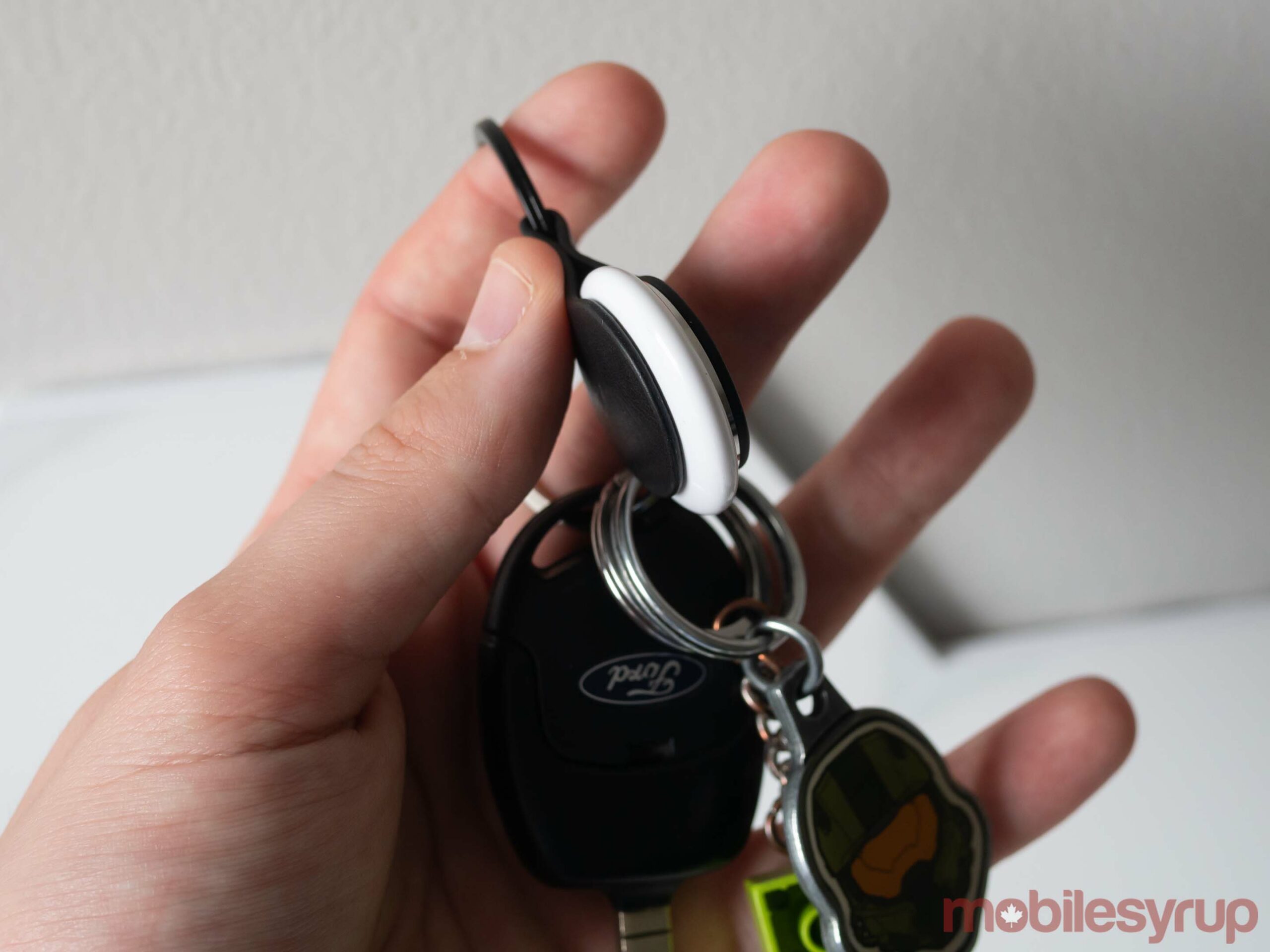 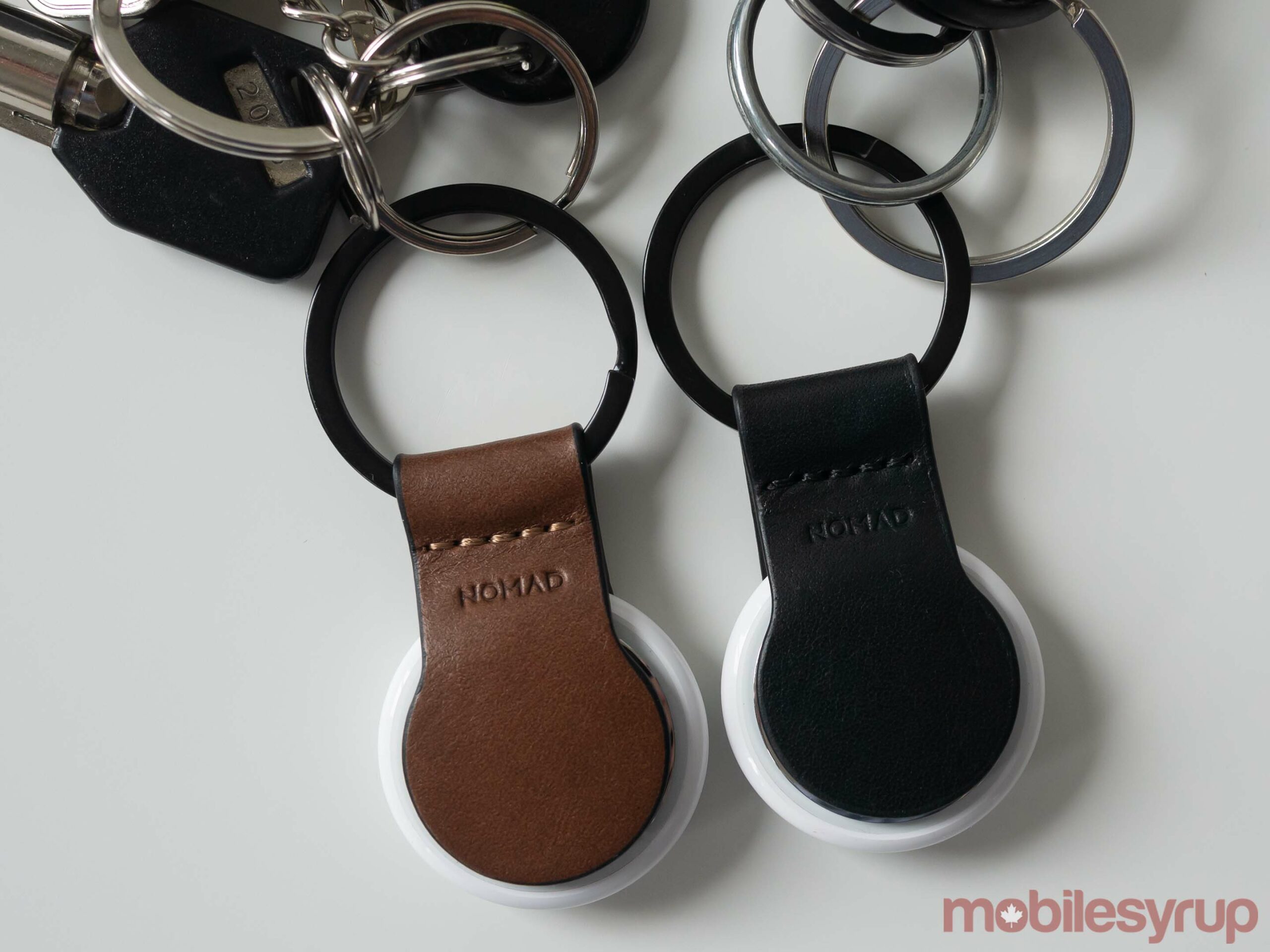 Though I was initially skeptical that the adhesive would actually attach to the AirTag, it feels surprisingly secure. Similar to other third-party AirTag accessories, the Leather Loop includes a stainless steel key ring. Finally, it’s also worth mentioning how thin the Leather Loop is given that it only adds 2mm of thickness to the AirTag. Other similar cases tend to make Apple’s tiny tracker somewhat bulky.

Of course, like a lot of Nomad’s products, the ‘Rustic Brown,’ ‘Black’ and ‘Natural’ Leather Loop costs a pricey $24.95 USD (roughly $31 CAD) and is only available through Nomad’s online store.

If you’re looking for an AirTag case that provides even more protection, Nomad also sells the $29 USD (about $36 CAD) Leather Keychain that encloses the tracker in a case. There’s also the Rugged Pet ID Tag and Rugged Keychain that costs $29.95 USD (about $36.24 CAD).