The accessory maker is going all in on Apple's MagSafe technology 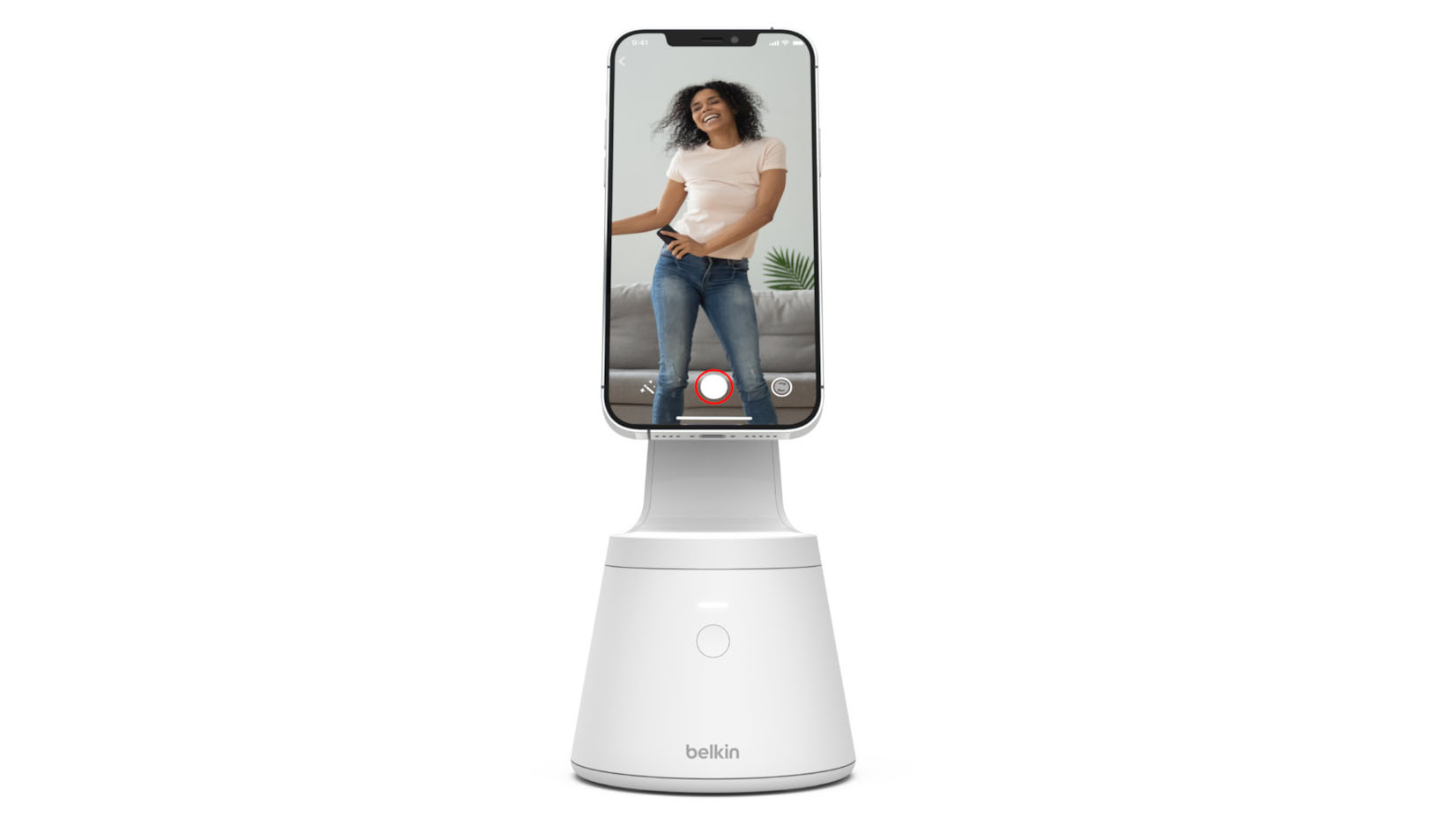 Have you ever wished you could place your iPhone 12 on a table and have its camera and display follow you around the room? Probably not, right?

Well, that hasn’t stopped accessory maker Belkin from releasing a MagSafe-compatible ‘Magnetic Phone Mount with Face Tracking‘ that holds the iPhone 12 off a table on a rotating stand to always face you like Amazon’s Echo Show 10.

Unfortunately, the rotating feature doesn’t work with Zoom, FaceTime or other video chat services. Instead, it’s only compatible with Belkin’s own iOS app. This means that you can’t even use the stand to follow you while using an exercise app. That said, the device’s companion app can connect to social media platforms like Facebook, Instagram, TikTok and YouTube, though it’s unclear why that would be helpful.

Other notable specs include that the device works in portrait and landscape, -15 to 30-degree vertical tilting, 360-degree horizontal rotation and that it’s powered by three AA batteries. Your iPhone 12 series device also attaches to the Phone Mount through MagSafe, so it should sit securely on the mount itself, but only iPhone 12 models will work with this.

Perhaps Belkin is waiting for Apple to release a MagSafe compatible iPad of some kind, which would help this device make a little more sense.