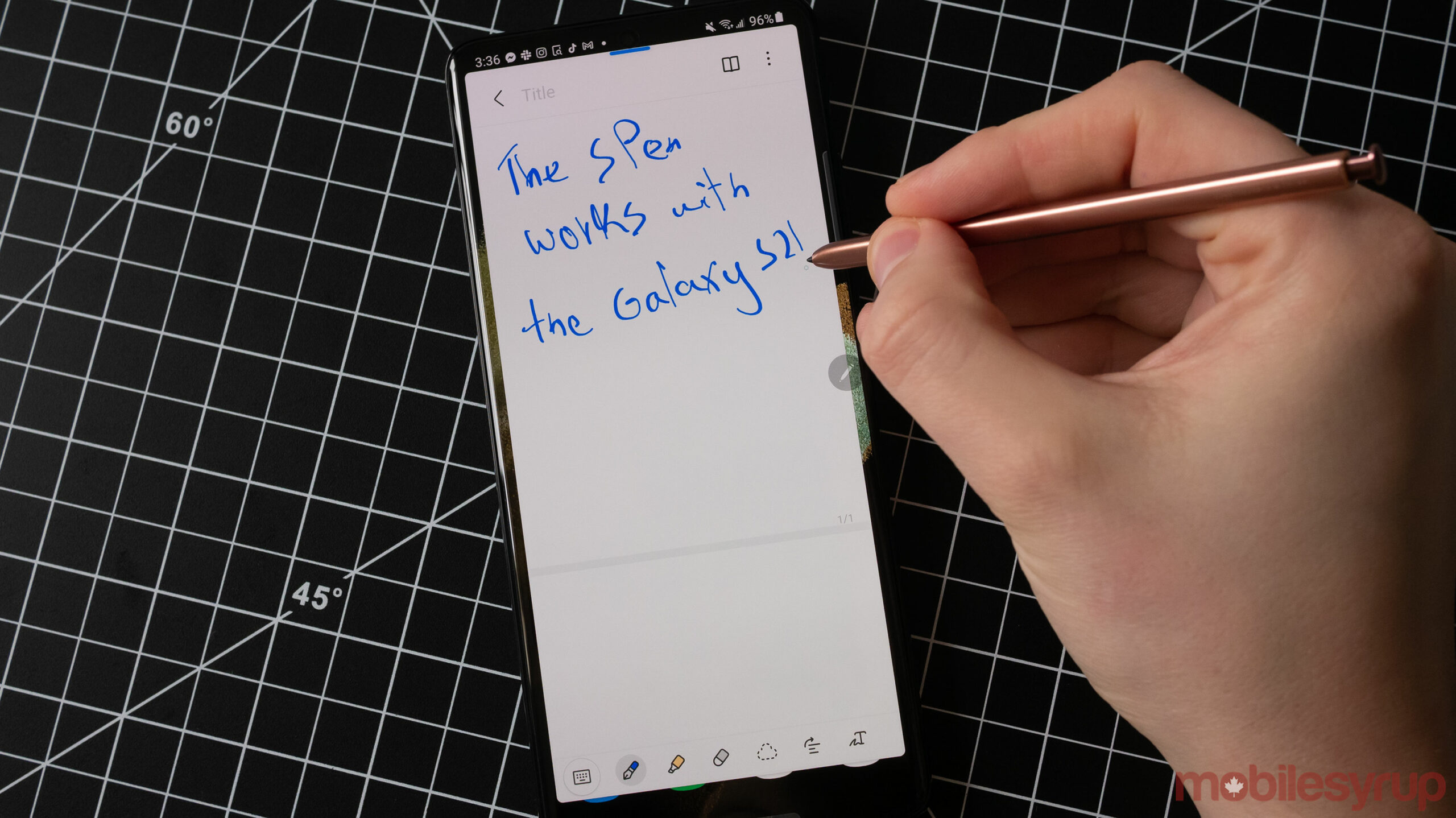 When Samsung’s Galaxy S21 Ultra was first announced, it was unclear exactly how much the smartphone’s ‘Silicone Cover with S Pen’ bundle would cost.

Though we still don’t have an official release date, the pair of accessories are currently on sale for $69 (the regular price is $99). While the package is available to pre-order now, it doesn’t start shipping until January 26th.

It also looks like the S Pen will be sold on its own without the case according to Samsung’s website. That said, pricing isn’t yet listed.

The S21 Ultra is the first Samsung S series smartphone to feature S Pen support. While using a stylus with the device works great, Bluetooth-powered functionality like ‘Air Gestures’ aren’t compatible. It’s also worth noting that while the S21 Ultra’s Silicon Cover looks fine, the S Pen compartment seems to add a substantial amount of bulk to the device’s one side. This could make the already larger smartphone even more difficult to hold with one hand.

It’s unclear what the S21 Ultra’s S Pen compatibility means for the future of Samsung’s Note line. With the S21 Ultra featuring S Pen support, there’s a possibility Samsung could have plans to kill off the Note, especially if the stylus is also coming to the Galaxy Fold 3.

For more on Samsung’s Galaxy S21 Ultra, check out my review of the smartphone.