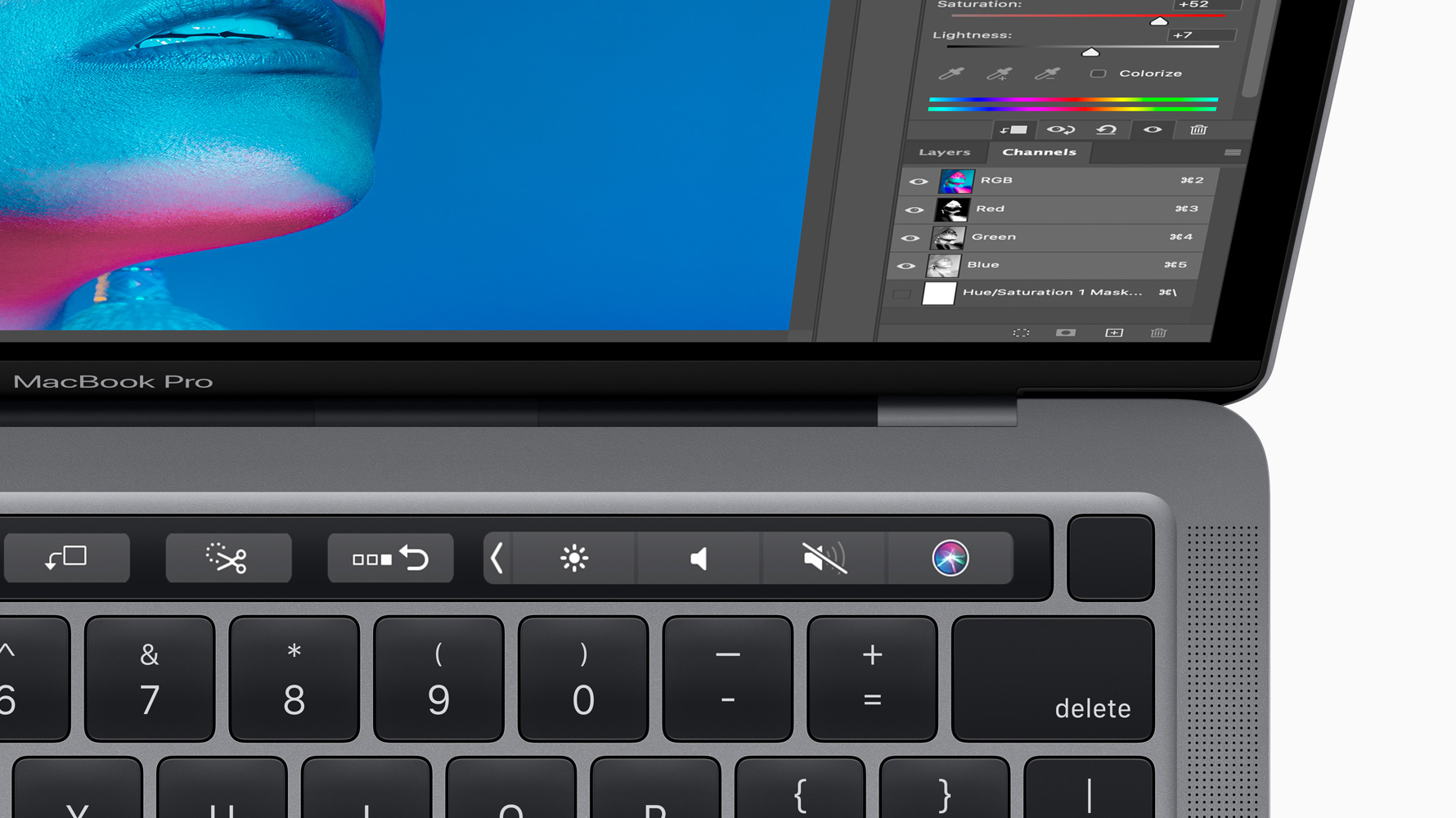 The company claims that the new 13-inch MacBook Pro is up to 3x faster than comparable Windows laptops in the same category. The tech giant also states that the new M1-based MacBook Pro features 2.8x faster performance compared to the existing model and that the M1’s 8-core GPU is 5x faster.

Battery life is also improved across the board, with up to 18 hours of web browsing and 20 hours of video playback, according to Apple’s testing.

Unlike the MacBook Air with an M1 chip, the MacBook Pro with M1 features a built-in cooling system powered by a fan.

Further, the laptop features a three-mic array and a pair of Thunderbolt 3/USB 4 ports. Strangely, the M1 version of the MacBook Pro only features two ports compared to the four included in the Intel-based version of the laptop.

The overall design of the laptop is identical to the current Intel-based 13-inch MacBook Pro, including the Touch Bar and Touch ID.

The new MacBook Pro with M1 starts at $1699 for the 8GB of RAM, 256GB of storage iteration. The laptop is available to pre-order now with the official launch on November 17th.

During its keynote, Apple also revealed M1 chip versions of the MacBook Air and Mac mini. MobileSyrup will have more on Apple’s new M1-equipped Macs in the coming weeks.