This new M1 chip promises a much faster macOS experience 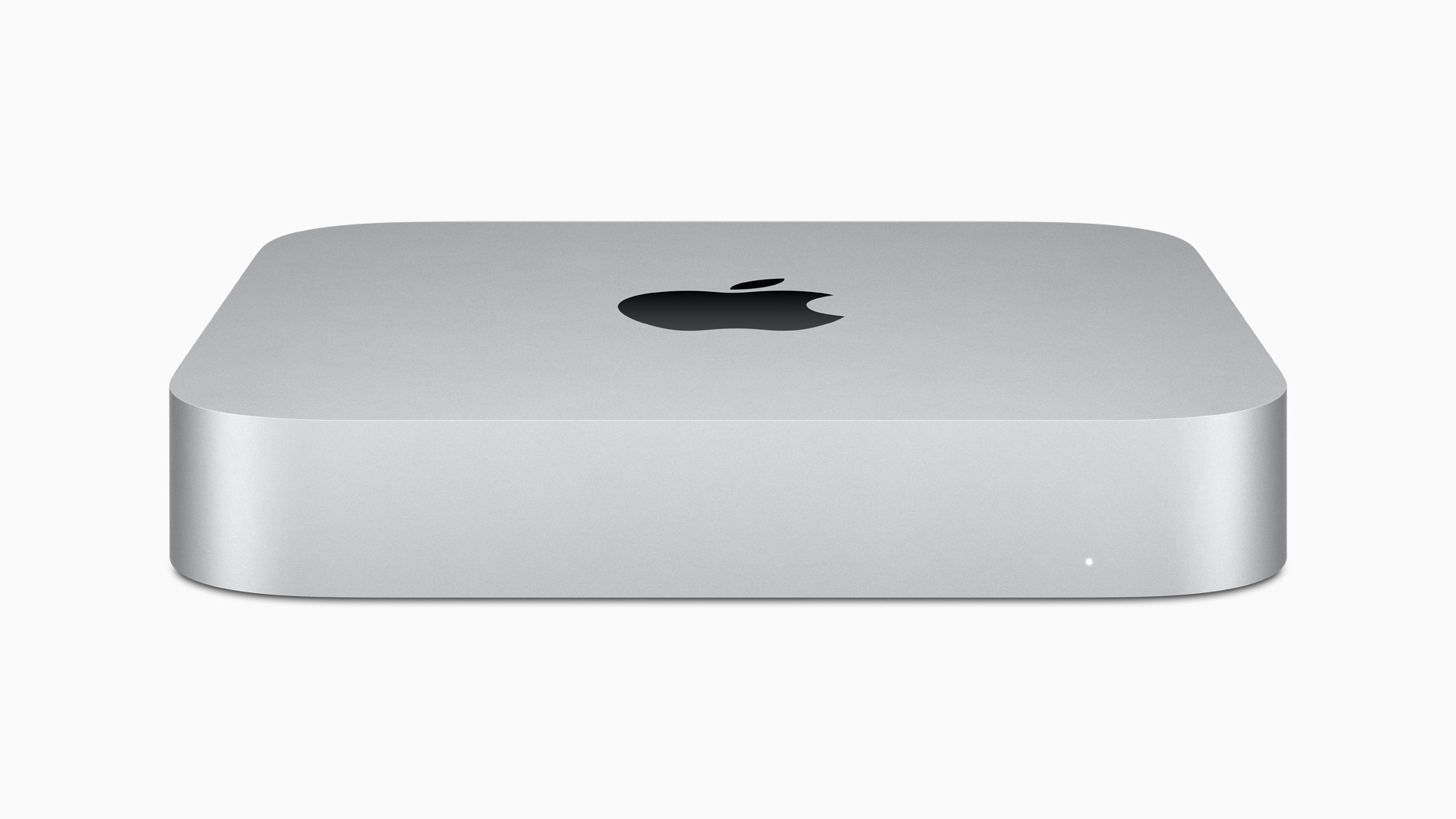 Apple is adding its M1 chipset to the Mac mini.

Apple says the mini is also roughly 15 times faster than comparably-priced Window’s desktops, all while being a fraction of the overall size. 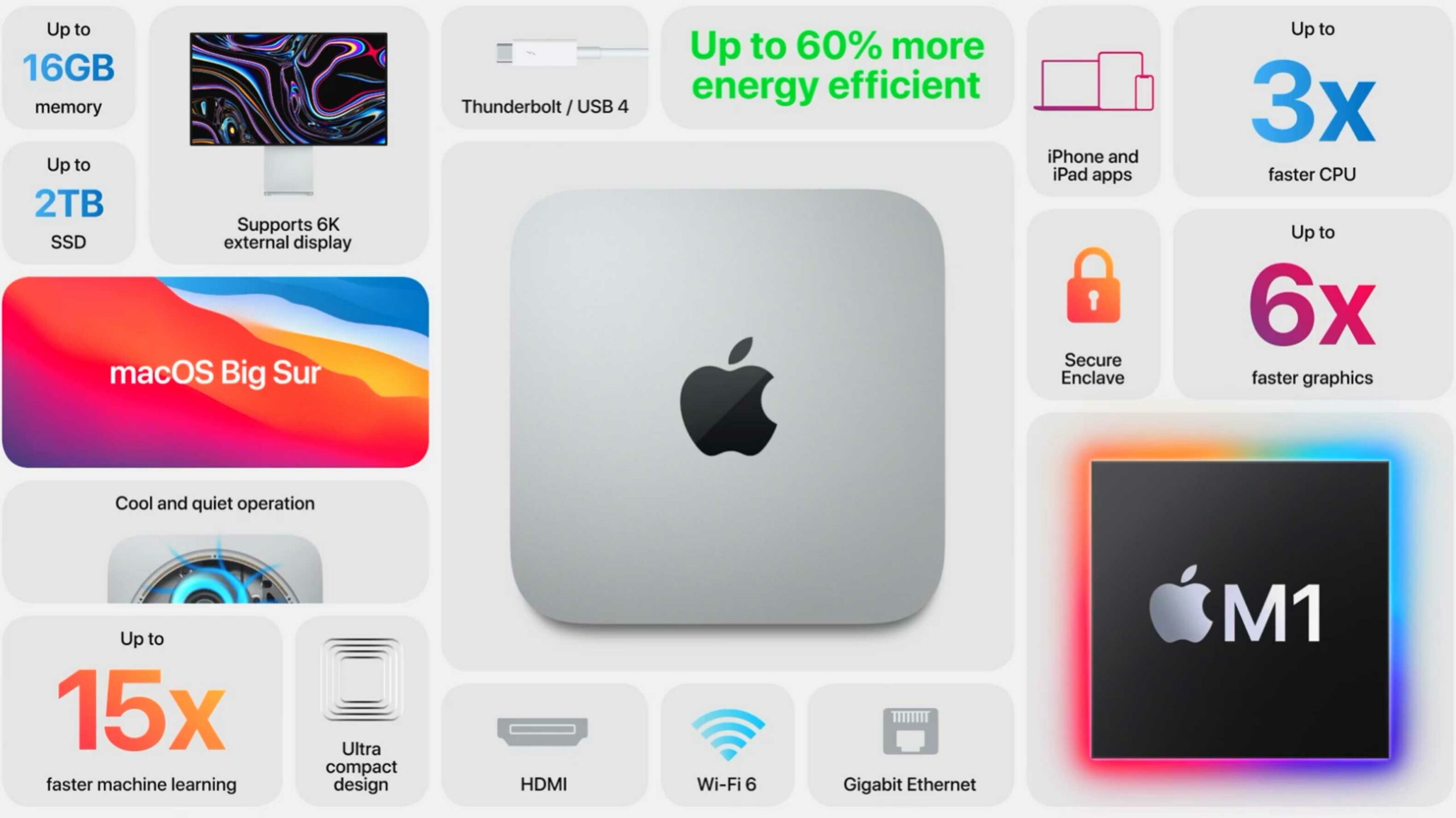 One of the more interesting additions to the Mac mini and Apple’s other M1-equipped Macs is that they can now wake from sleep almost instantly. This is due to both the increased speeds of the new chip and SSD included in the device. Apple says that the new SSD can move files at a rate of 3.4GB per second.

On the back of the new mini are two USB-C ports that support Thunderbolt 4 and USB 4. There’s also a power connector, two standard USB ports, a headphone jack, an ethernet plug and an HDMI port. Between the Thunderbolt and HDMI connectors, users can connect a single 6K monitor and a single 4K monitor simultaneously. 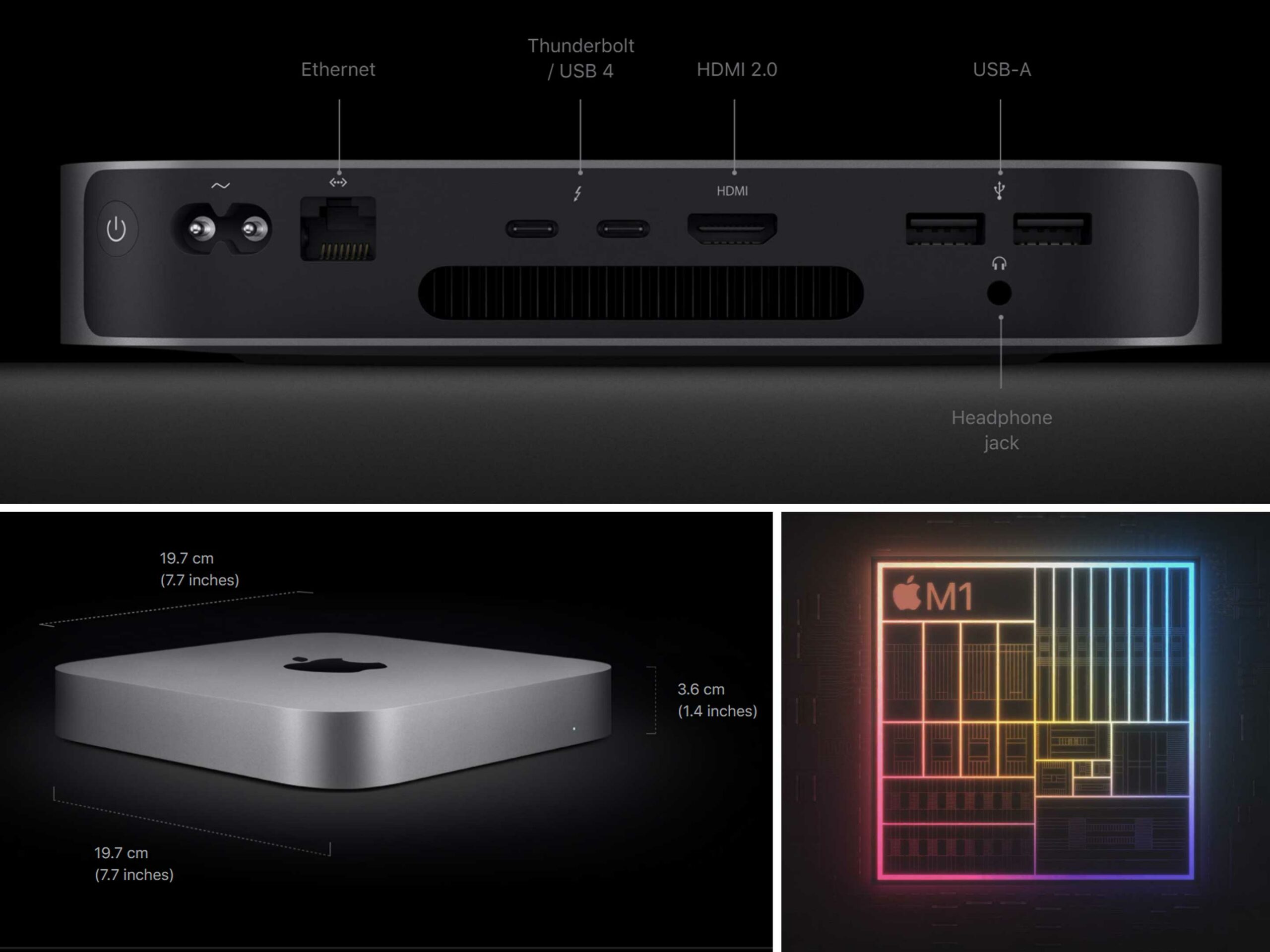 One significant change to this version of the Mac mini is that you can’t upgrade its RAM given that it’s soldered directly to its motherboard.

During its keynote, Apple also revealed M1 chip versions of the MacBook Air and the 13-inch MacBook Pro. MobileSyrup will have more on Apple’s new M1-equipped Macs in the coming weeks.