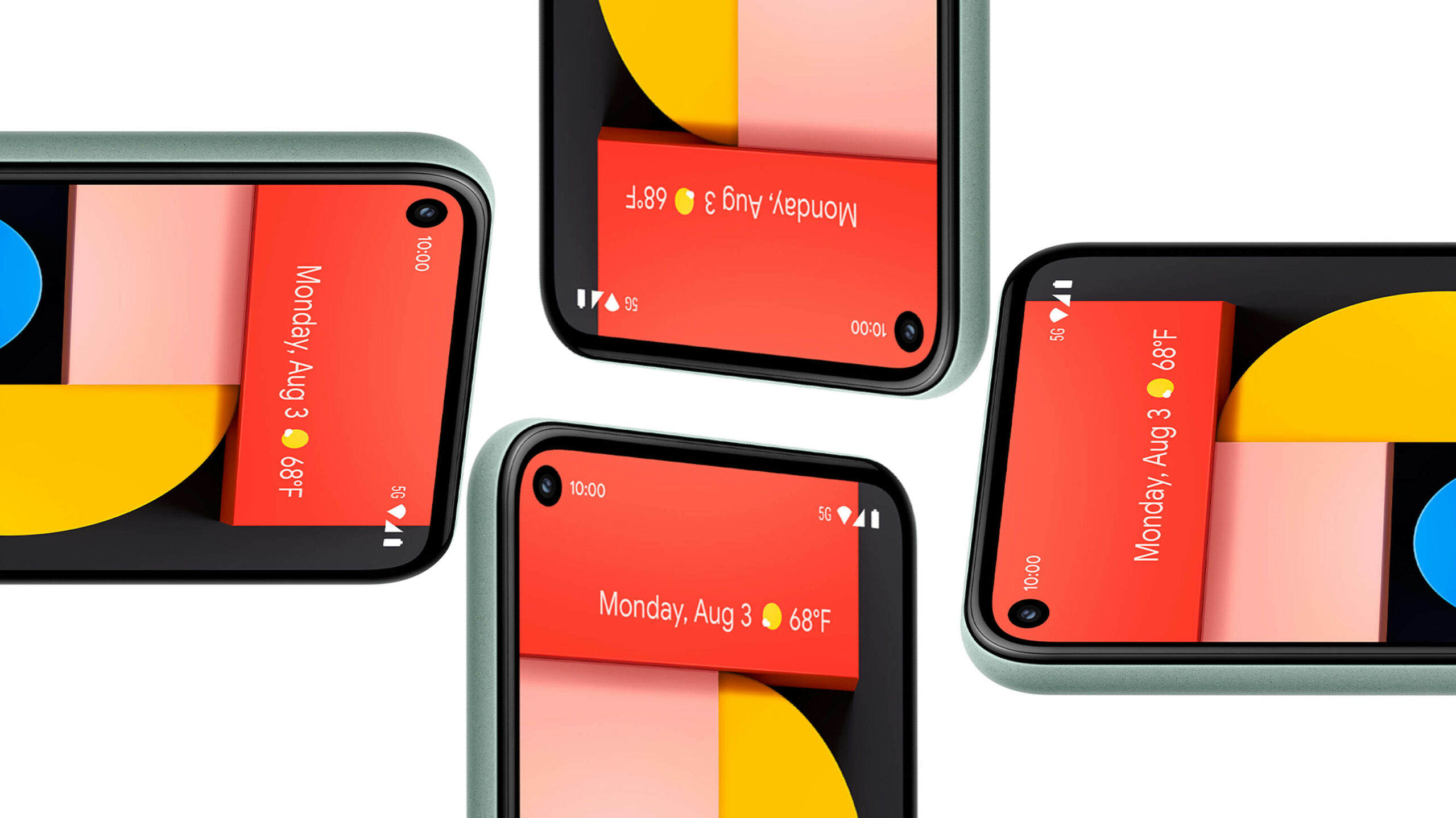 For the past couple of years, Google has been known for delivering top of the line software performance with hardware that, while not always the best, is still considered flagship quality.

This year, the tech giant’s ‘flagship’ device, the Pixel 5, isn’t what we expected. If you compare the smartphone to its predecessors as well as other premium devices on the market, Google’s unreleased handset is lagging behind in multiple categories.

While the phone-maker improved the Pixel 5’s battery life, it also gave the smartphone a weaker processor, only a 90Hz refresh rate display, a dual-camera setup with no telephoto lens and while ditching exclusive Pixel features like ‘Active Edge’ and face unlock with Soli, reverting to the rear-mounted fingerprint scanner popularized on older Pixel models.

When you hear ‘2020 flagship,’ a fingerprint scanner on the back of the phone isn’t what you expect. With all this in mind, Google has streamlined its smartphone and is pushing its software as well as the $799 price tag as highlights.

But the question remains: can a not-quite-flagship phone make it in a world of premium devices?

No flagship processor, but maybe it doesn’t need one 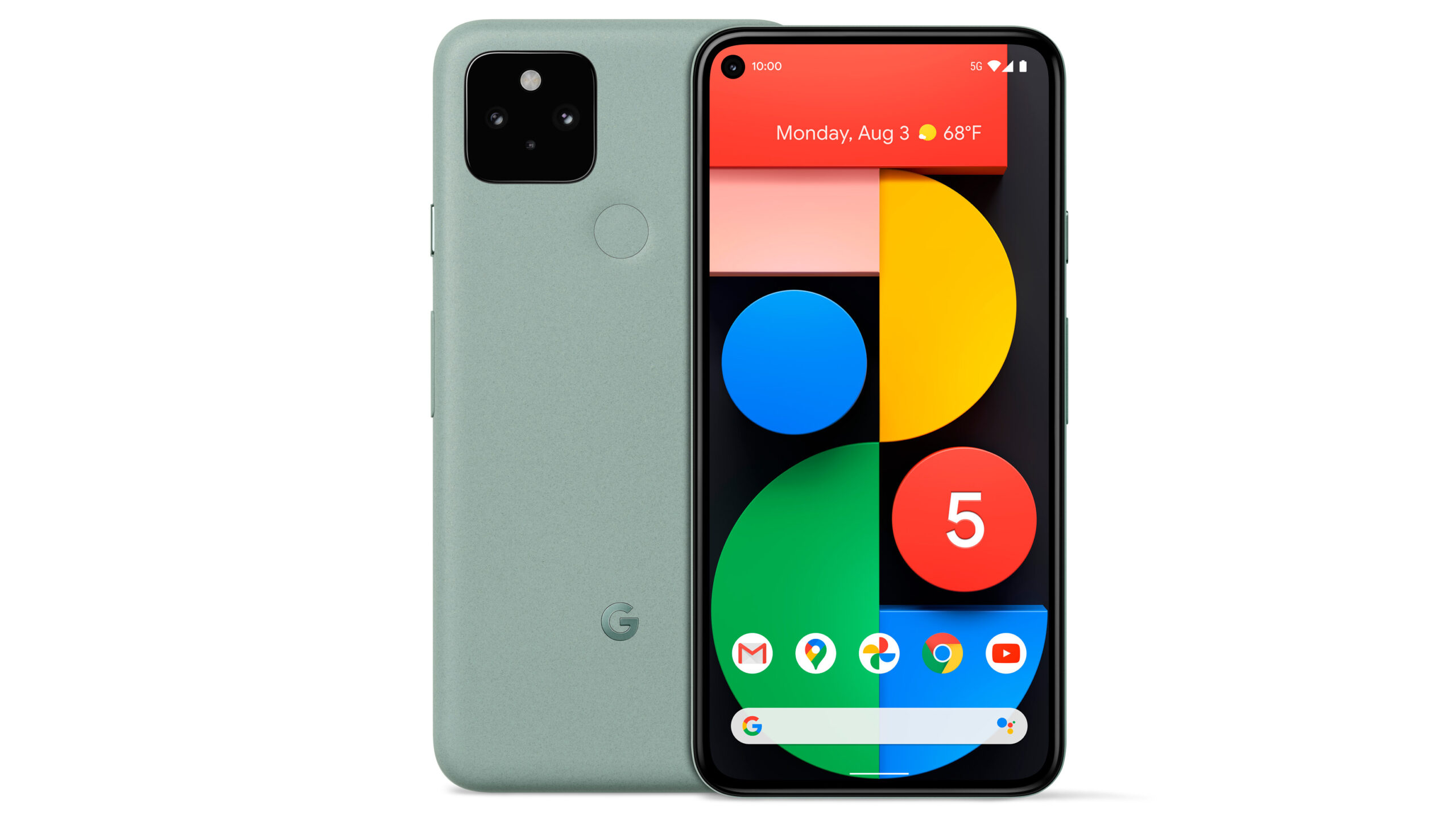 Arguably the most significant of the scaled-back hardware decisions made with the Pixel 5 is Google’s choice to use the Snapdragon 765G instead of the more ‘flagship’ level Snapdragon 865. While the 765G definitely doesn’t perform as well as the 865, there may be some upsides to this lower-tier processor.

Let’s start with an anecdote. Google’s Pixel 4a launched earlier this year sporting a Snapdragon 730G processor and in our review, MobileSyrup staff reporter Jon Lamont ran a slew of benchmarks on it and other phones. Both the Pixel 3 and 4 performed better in benchmarks, as did the new 865-equipped OnePlus 8 Pro. The only phone that scored worse than the Pixel 4a was the LG Velvet. However, benchmarks don’t show the whole story and in real-world use, the Pixel 4a didn’t feel any slower or perform worse than the phones with higher-end specs.

To some degree, this is thanks to Google’s optimization work with the Pixel line. However, it’s also important to note that for many tasks people carry out on their smartphones, they don’t need powerful chips. If you game a lot on your phone, maybe you’ll need a higher-end processor, but in most cases, it just isn’t necessary. 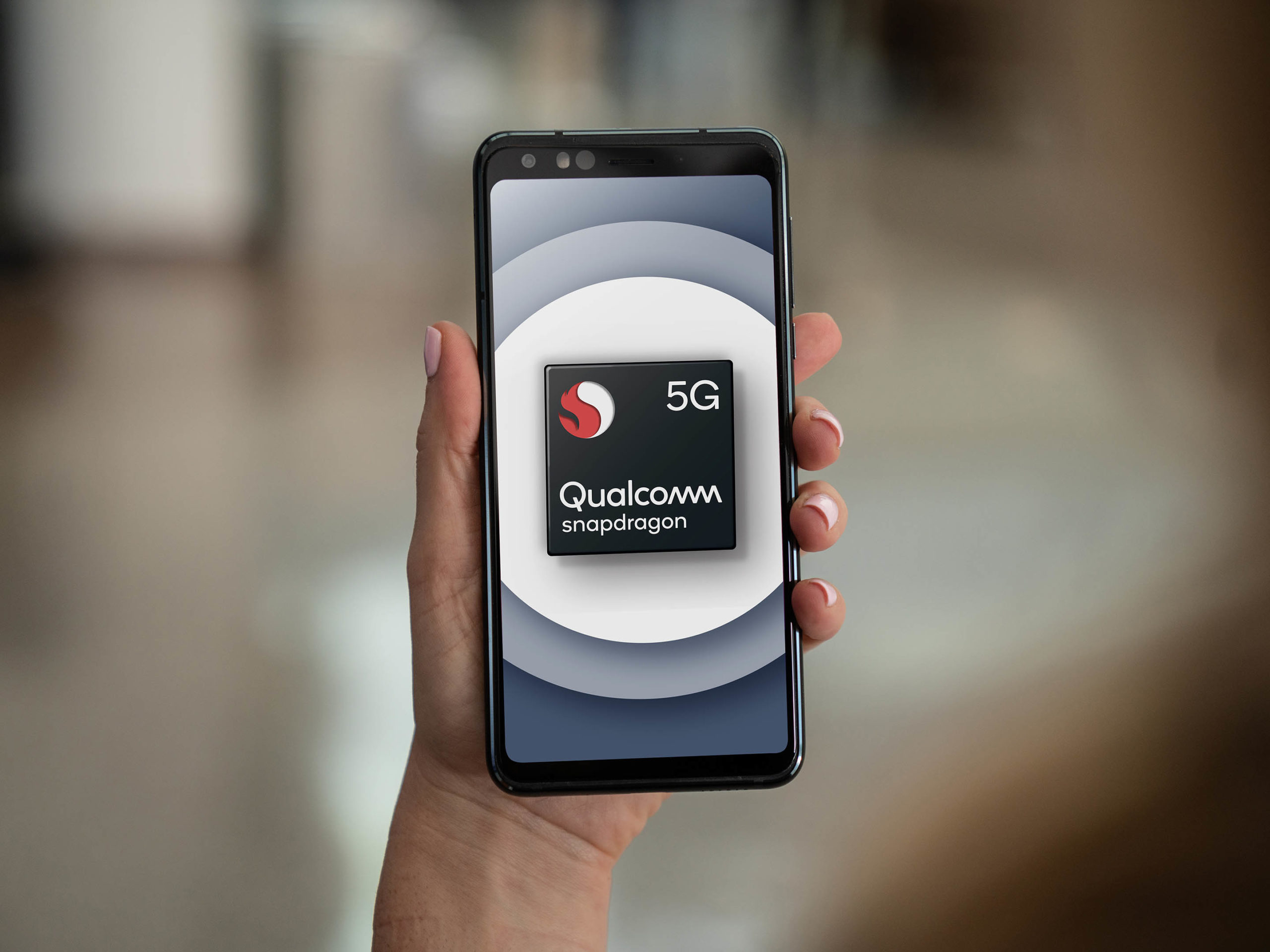 The Pixel 4a should illustrate that, for many people, the Pixel 5’s Snapdragon 765G will be more than powerful enough for what they do on their phones. Granted, we haven’t used the Pixel 5 yet so we’re largely making assumptions here. The 765G could be terrible — the LG Velvet, which sports the 765G, scored worse than the 4a in benchmarks after all, although the smartphone also isn’t representative of how the Pixel 5 will perform.

One final thing worth considering is that the 765G sports many similarities to the 865. For example, it has the same fifth-generation AI engine that’s in the 865. Google has already said that the 765G provided enough AI smarts to power its camera software, which relied on custom Google silicon in past Pixel devices.

Ultimately, Google’s decision to use the 765G might be a good one. We’ll see how it runs when we get our hands on the device, but it’s almost guaranteed that the Pixel 5 will run great for the majority of use cases and still offer 5G capabilities without breaking the bank like many of the 865 phones that launched this year.

Should have been three cameras 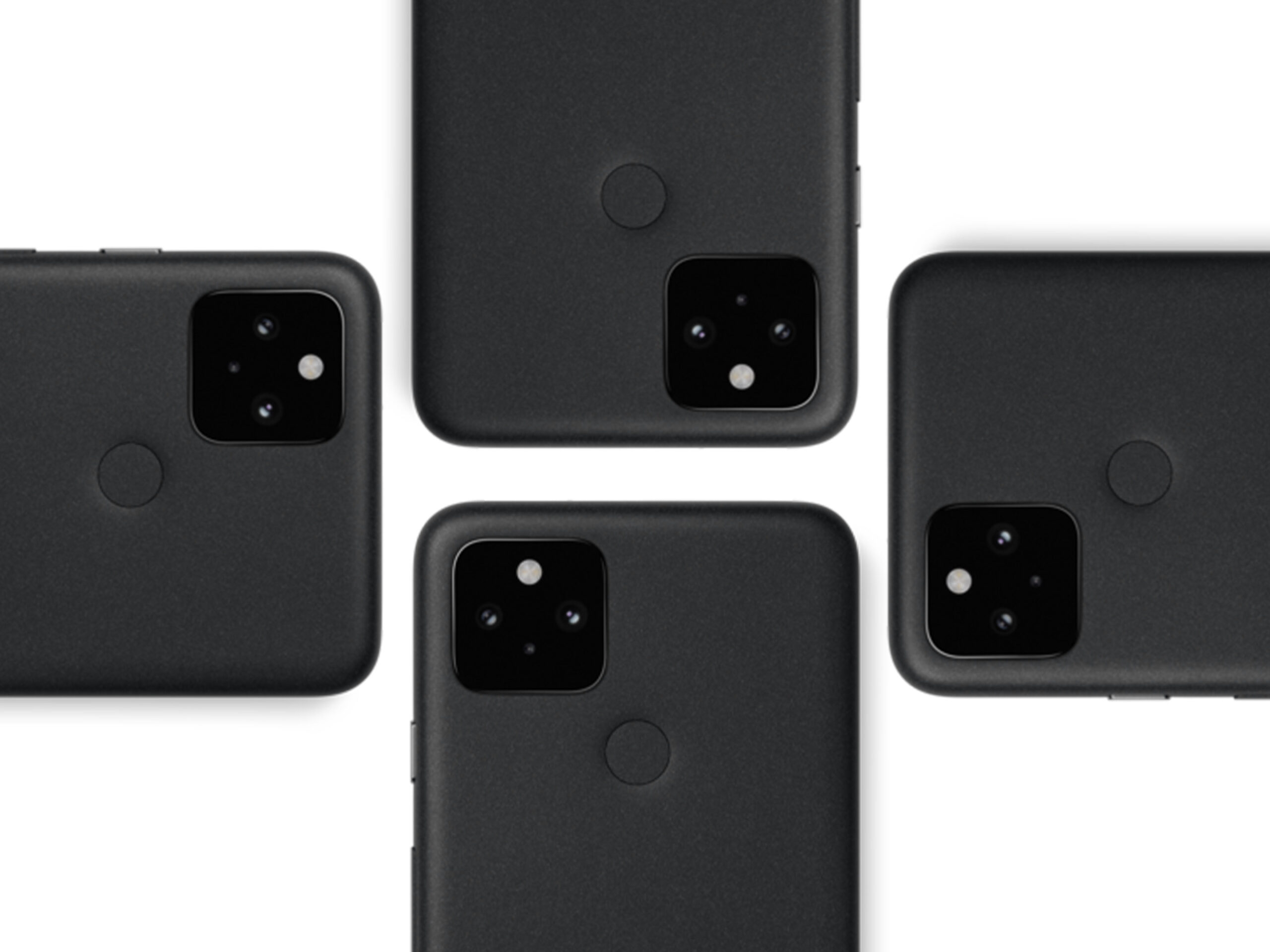 Google’s Pixel 5 sports a dual-camera setup that’s different from the Pixel 4’s. Where the Pixel 4 series featured a primary shooter and a secondary telephoto camera, the Pixel 5 now offers a secondary ultrawide lens instead.

Rumour has it that Google decided to ditch the telephoto lens this year since it can replicate the ‘zoom’ feature with software. You can’t do the same with a wide-angle image, which can only be achieved through hardware.

Google’s reasoning makes a lot of sense, but the question is whether a phone can replicate the experience of hardware zoom with software — and in our experience, that’s a resounding no. The tech giant’s Pixel 4 offered 3x optical zoom, but the performance wasn’t up to par to what’s offered on devices like Huawei’s 2019 and 2020 P-series flagships or Samsung’s S20 series.

But that leaves us wondering why Google didn’t include three cameras on the Pixel 5. Other flagships from companies like Huawei, Samsung and even Apple feature a combination of primary, telephoto and wide-angle lenses. The Pixel 5 likely would benefit from having all three as well.

The answer to the question is likely price. Google probably didn’t include both cameras to keep the Pixel 5’s cost down. And when you look at other smartphones in the same price range, they often don’t offer both telephoto and ultrawide lenses, so it makes sense. But since the Pixel 5 is a flagship handset, it would have been nice to see. And going back to Google’s argument that zoom can be done in software, it does make a case for the telephoto lens to be the one not included in the device. While likely contentious, Google’s software zoom is pretty good. It just doesn’t measure up to hardware-based zoom. 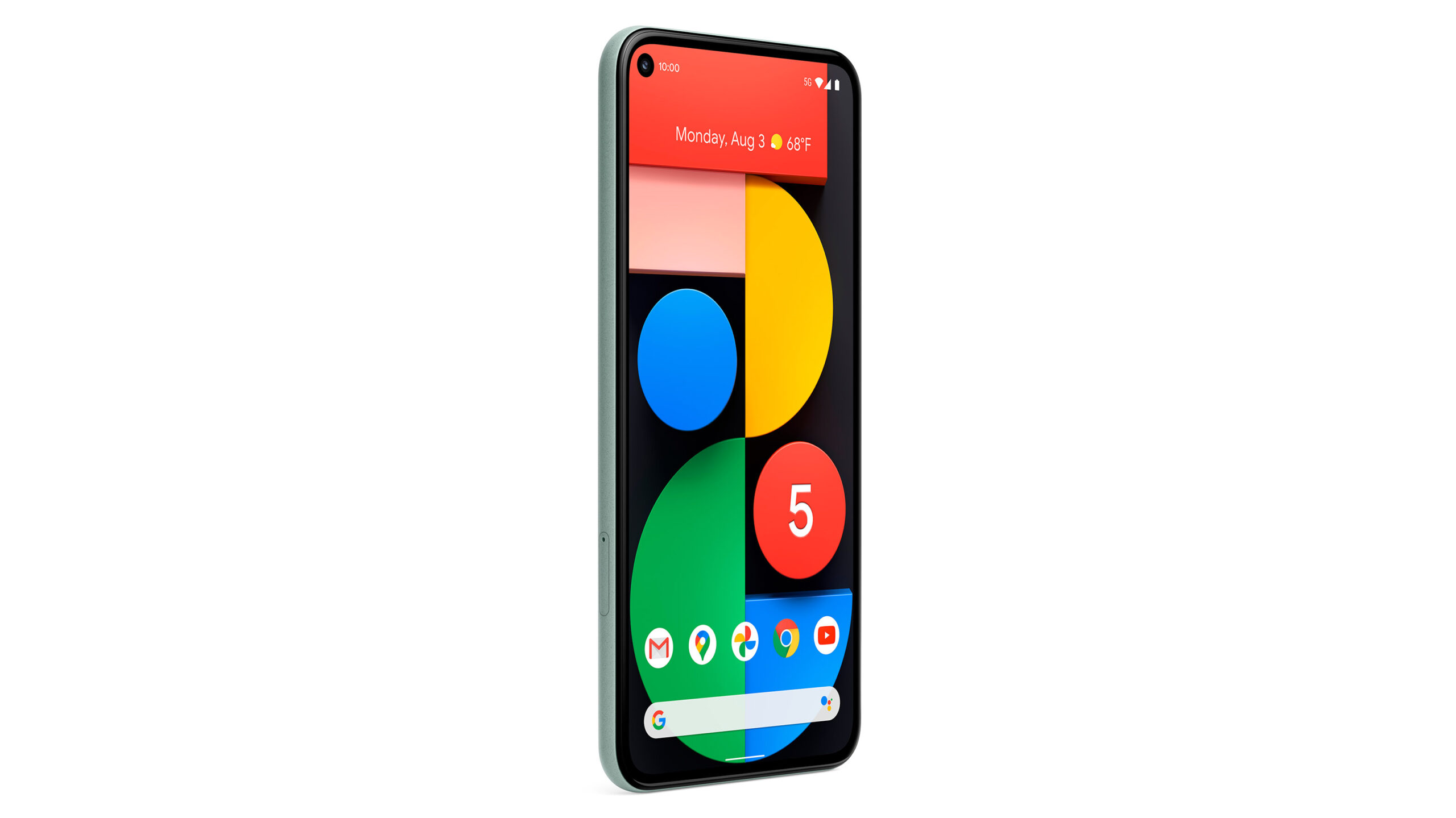 When it comes to the Pixel 5’s display, we think Google once again aimed for that ideal middle ground between an ultra-premium expensive experience and a less premium, but still great performance.

We know the Pixel 5 will sport a 6-inch OLED panel with a 90Hz refresh rate and a 2340 x 1080 pixel resolution. On paper next to some of the other excellent displays we’ve seen this year, it sounds downright pitiful. The Galaxy S20, for example, sports a 1440 x 3200 pixel resolution display and a 120Hz refresh rate, although you can’t use both the full resolution and 120Hz simultaneously.

However, the Pixel 5 display is actually really similar to last year’s Pixel 4, which featured a slightly smaller, great-looking 5.7-inch OLED panel at 1080 x 2280 pixels and a 90Hz refresh rate. Further, looking back at the S20 line earlier this year, everyone who reviewed one for MobileSyrup preferred using the phones in the 120Hz mode with a lower resolution and didn’t notice any worse visual quality.

At the size of screen you’d get on a phone and at the distance most people hold it from their eyes, it’s difficult to tell the difference between resolutions beyond a certain point. Likewise, the benefits of refresh rate diminish after a point. That said, you can still notice a difference between 90Hz and 120Hz, but for many, it won’t be as noticeable as the jump from 60Hz to 90Hz.

Will the Pixel 5 display be perfect? Probably not. It will, however, likely be as good as it needs to be and nothing more. 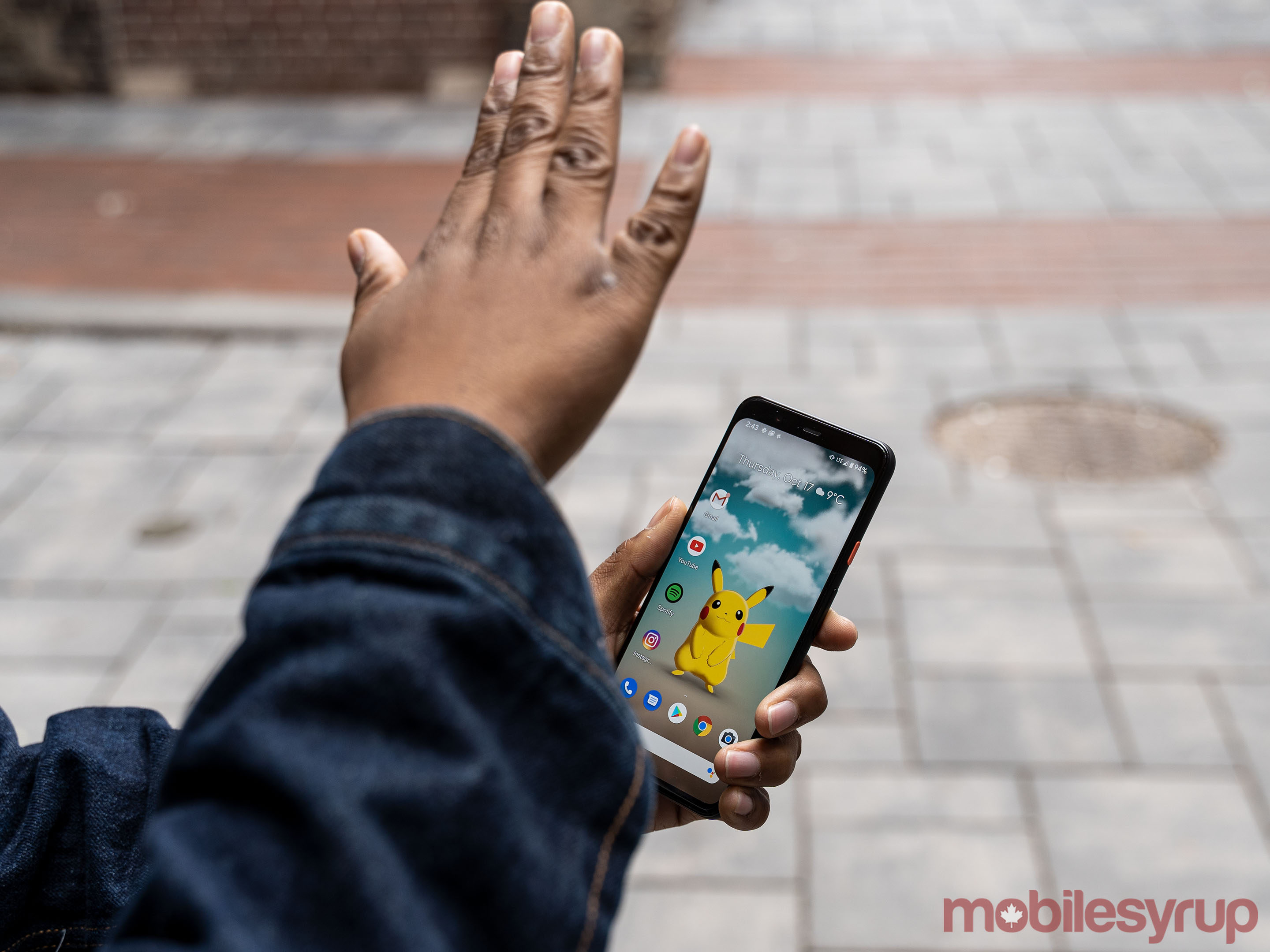 Google’s Pixel 5 is also lacking some features that we’ve come to expect with the company’s hardware. That includes helpful but sometimes gimmicky features like ‘Active Edge’ and the ‘Project Soli’ sensor that allows for face unlock functionality and gestures. The tech giant likely removed Active Edge to cut down on the cost of the handset. While some love Active Edge, others don’t use it and won’t miss it once it’s gone. Plus, with Android’s gesture navigation, you can always access Assistant quickly — sometimes faster than with Active Edge — by swiping up from the bottom corner of your phone.

However, without the company’s Project Soli radar sensor, Google’s latest smartphone doesn’t offer face unlock, gestures or the ‘awareness’ capability that let the Pixel 4 respond when you tried to pick it up. The lack of face unlock can be forgiven, especially considering the ongoing pandemic. When you have to wear a mask all day long, using face unlock becomes a task, and a fingerprint scanner is far more accessible. But what’s odd is that the phone-makers chose not to add an in-screen sensor.

It’s not clear why Google didn’t bring an in-display scanner to the Pixel 5, especially if you compare it to other Android flagships on the market. Phones from other manufacturers like Samsung, Huawei, LG, Motorola, and OnePlus all sport handsets with in-screen sensors, and price shouldn’t be the issue as many of the aforementioned companies’ budget handsets sport the functionality.

It’s possible that Google didn’t find the in-screen fingerprint scanner as safe as the physical, but without speaking to the company it’s unclear. It just seems like the search giant is skimping out.

The Pixel 5 likely features all the hardware it needs, and nothing more 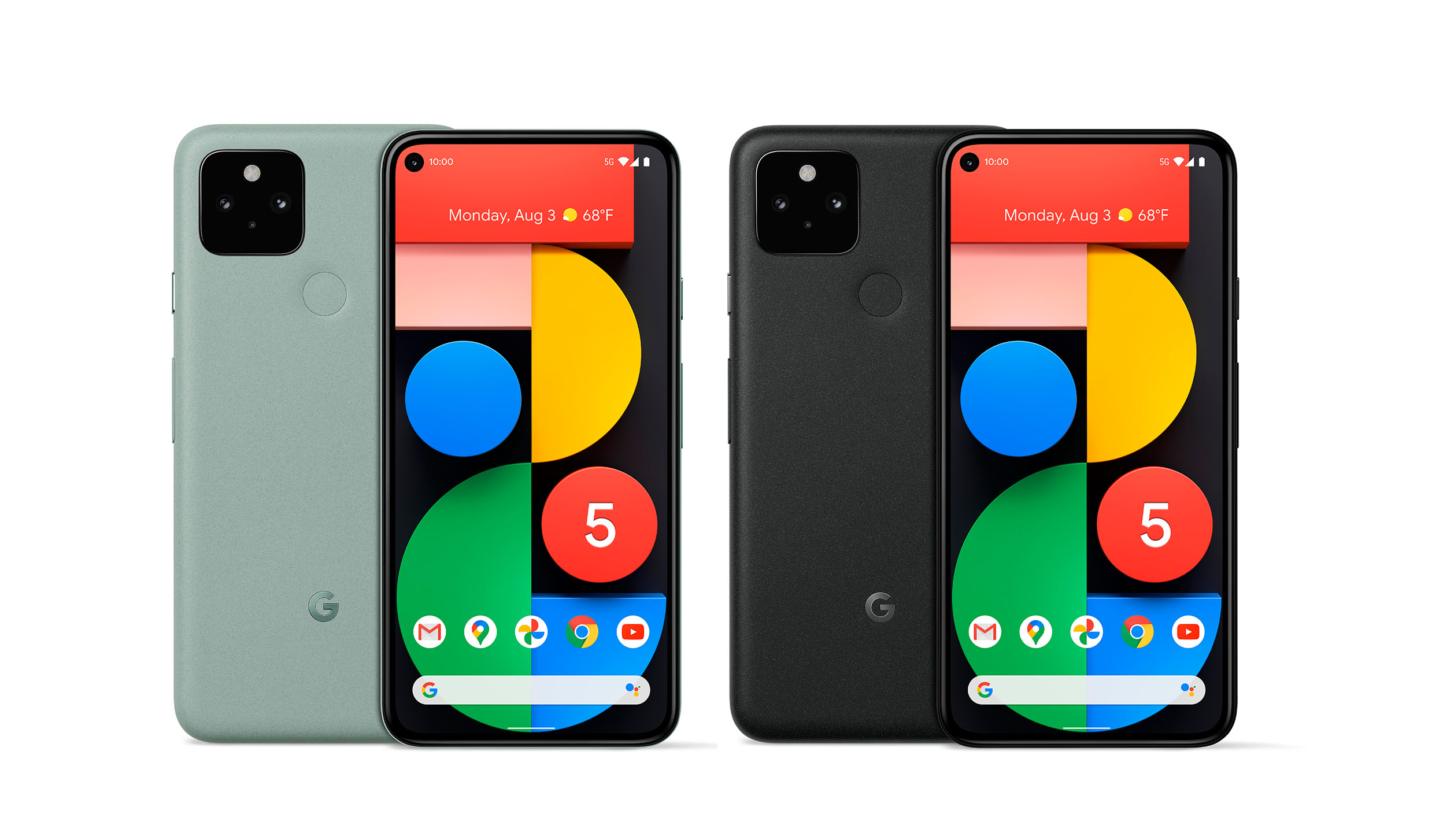 Ultimately, the story of the Pixel 5 seems to be that the hardware offers the bare minimum needed to be good. While we haven’t gone hands-on yet with the device, the decisions Google made all seem very practical. Having the latest and greatest Snapdragon 865 is nice, but maybe it isn’t necessary. Access to a plethora of cameras on the back is fun, but perhaps you can make do with fewer. High-resolution displays are great on paper but in real-world use, most people won’t see a difference. And other, potentially ‘gimmicky’ features may add redundant fluff to an otherwise solid smartphone.

This is neither an indictment of the Pixel 5’s shortcomings nor a claim that Google’s strategy is the right one. Instead, it’s more a look at why the Pixel 5 may be a better phone than the specifications let on.

It can be easy to get caught up in the numbers when it comes to tech. But there’s also something to be said for finding a device that meets your needs. The smartphone market has matured to the point where most mid-range phones can meet people’s needs as well as high-end flagship devices.

For all we know, the not-quite-flagship tier specs and the removal of several Pixel-exclusive features that made the Google phones unique could leave the Pixel 5 dead in the water. However, many Canadians might look at the Pixel 5 as an affordable upgrade option that can handle everything they do on their phone without breaking the bank.