A star on the wrong walk of fame 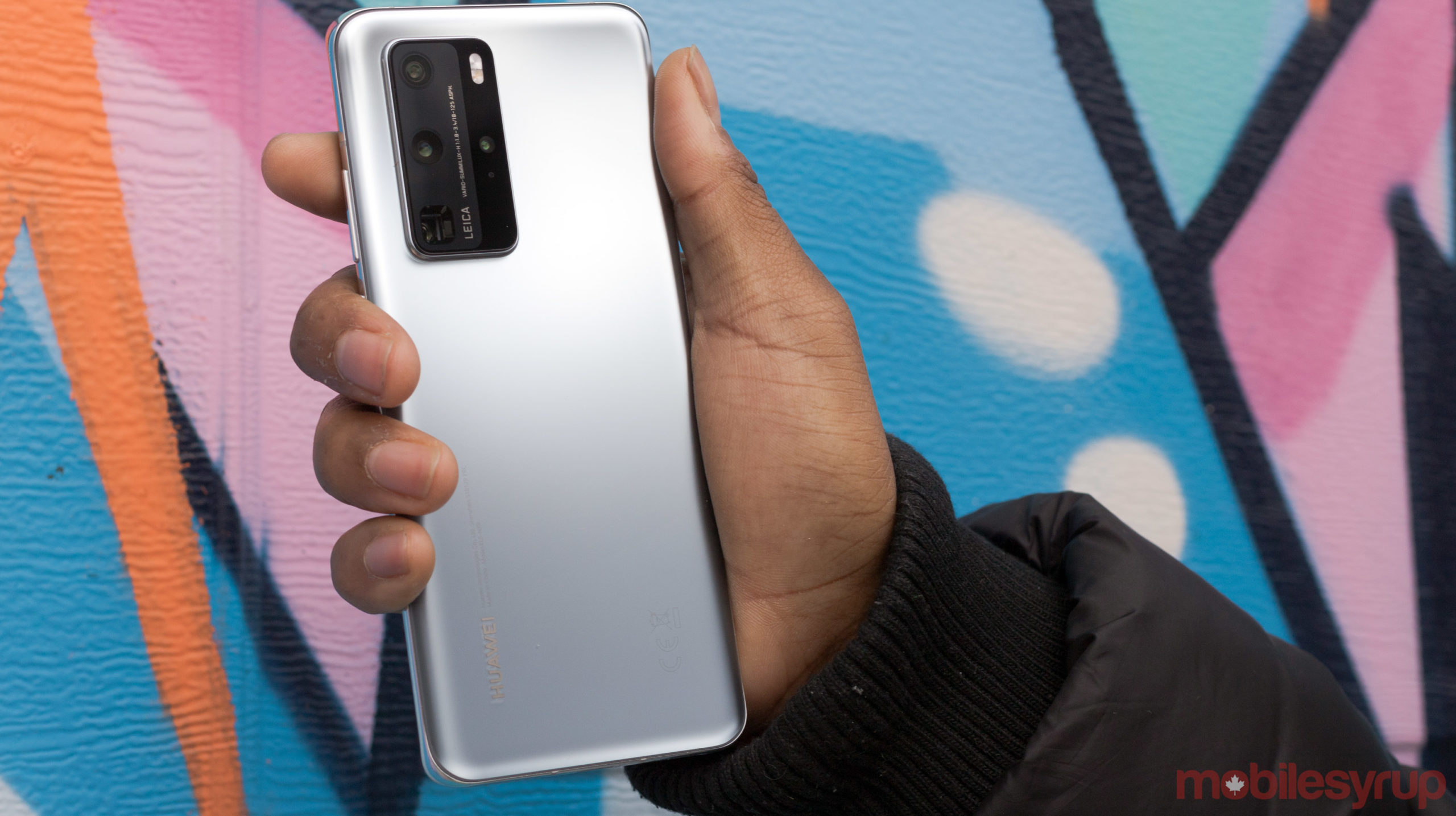 Huawei’s first flagship of 2020 is a success in several ways; its design is stunning, the camera is stellar, and its battery is long-lasting. That said, unfortunately the phone is not going to be a top choice for most in the Canadian market. 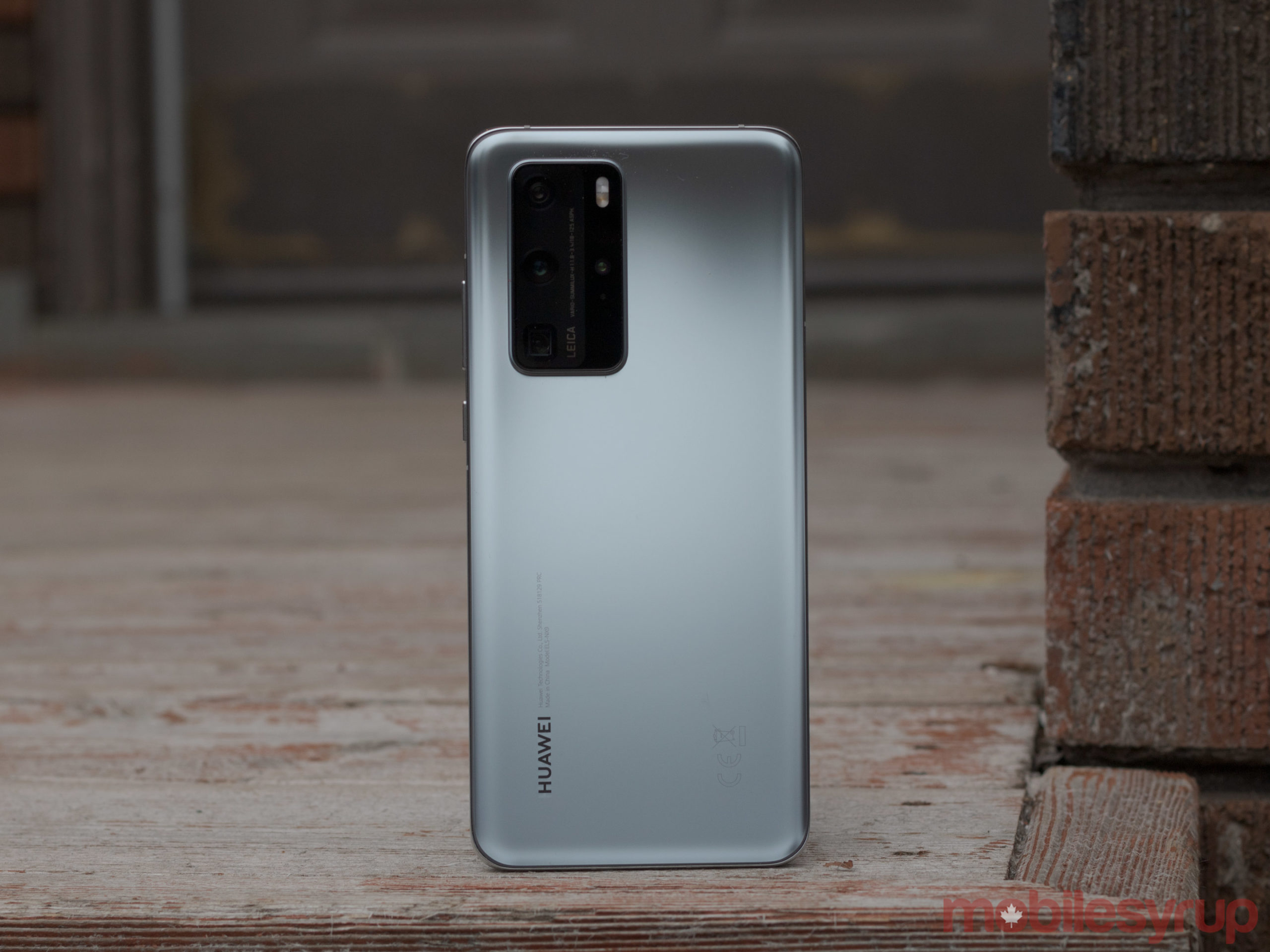 Before I get into the review, I’ll explain how I’ve been using the P40 Pro over the past couple of weeks.

I took advantage of Huawei’s ‘Phone Clone’ app and transferred my files, messages and apps to the P40 Pro. This means I was able to get apps like Spotify, Crave, Disney+, Crunchyroll, Instagram, Slack, Ritual, Uber Eats and more on the P40 because they were installed on my other phone. Other apps — like Facebook and WhatsApp — I downloaded directly through their respective websites. Apps I needed that I couldn’t get through Phone Clone, I downloaded with an APK.

Through Huawei’s app store called the App Gallery, I was able to get apps like Wattpad, Snapchat and TikTok. Lastly, I saved the YouTube web app from Huawei’s proprietary browser to my home page for quick access to the video-sharing platform.

I was able to use all these apps while enjoying Huawei’s hardware, but I’m not suggesting anyone should go through these complicated steps to use any phone. It’s important to keep in mind that apps won’t get any updates, so I plan on deleting and re-adding them after a month, and will probably keep doing this as long as I continue to use the P40 Pro.

Some apps like Uber and Ritual don’t work well without Google Play Services installed. The apps constantly show pop-ups that read Google Play is required, and have issues tracking your location.

With the App Gallery still in the early stages and lacking so many major apps, the P40 Pro clearly isn’t for the average smartphone user. 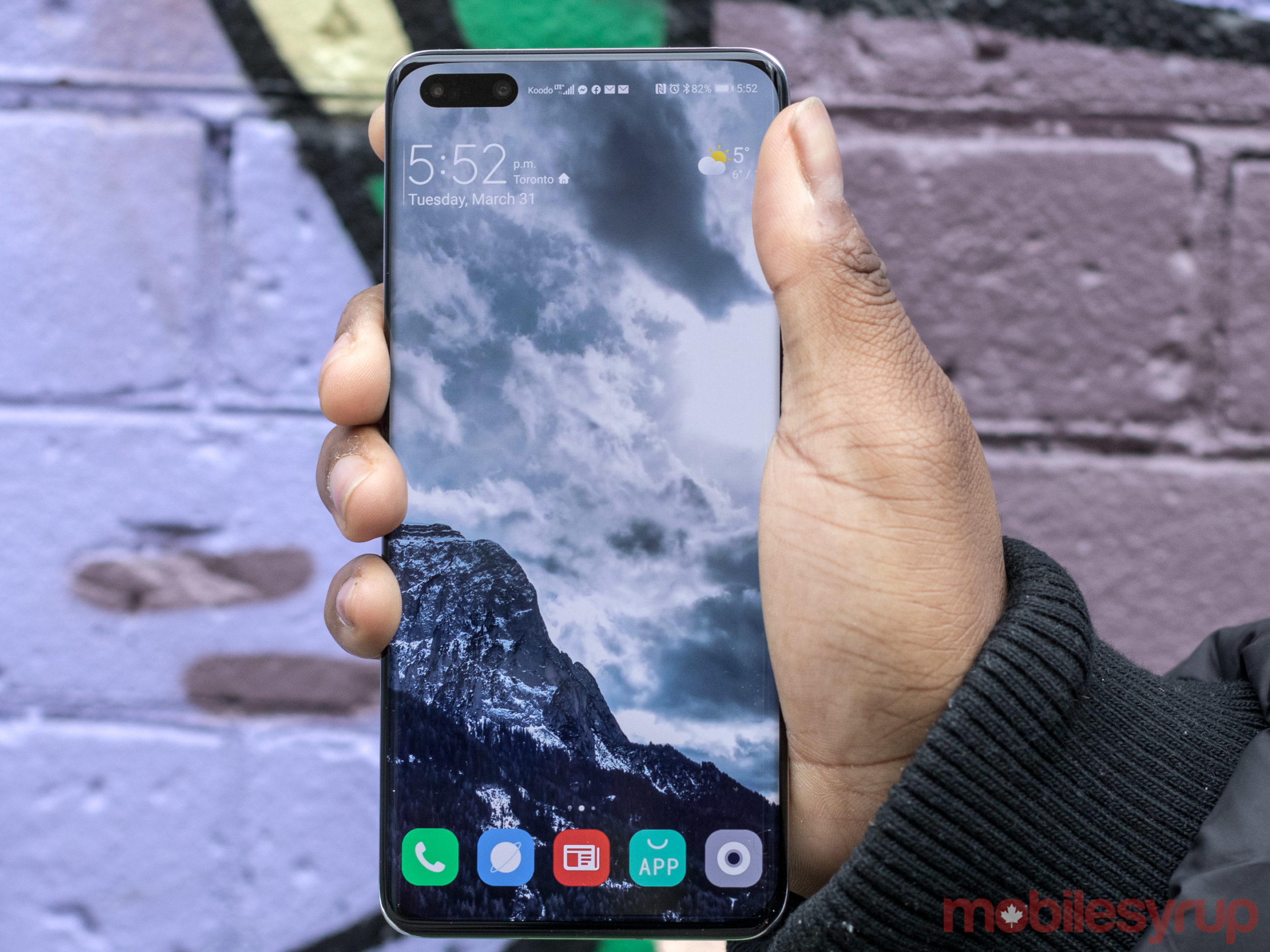 Huawei’s P40 Pro is a sight to behold. It has gentle curves that scream elegance. The display features an extended oval-shaped camera cutout with multiple sensors. All around the smartphone, there’s barely any bezel. Additionally, the phone sports what Huawei calls an ‘overflow’ screen where the display bends over the device’s curves.

The top of the P40 Pro includes an infrared sensor, and at the bottom is the mono speaker, USB-C port and the SIM card tray. On the right side of the device is the power button and the volume key.

Flipping the phone over to the back shows its accentuated camera bump, with four camera sensors and a dual-LED flash. The handset I used featured a ‘Silver Frost’ colour that Huawei calls “a refractive matte finish.” The smartphone isn’t completely matte but still offers a smooth feeling to the touch, and while it can still get fingerprint smudges, it’s more resistant than a regular phone.

I liked how it felt, and while it wasn’t as nice as the Pixel 4 XL, it’s better looking than Samsung’s S20 series and LG’s recent flagships. 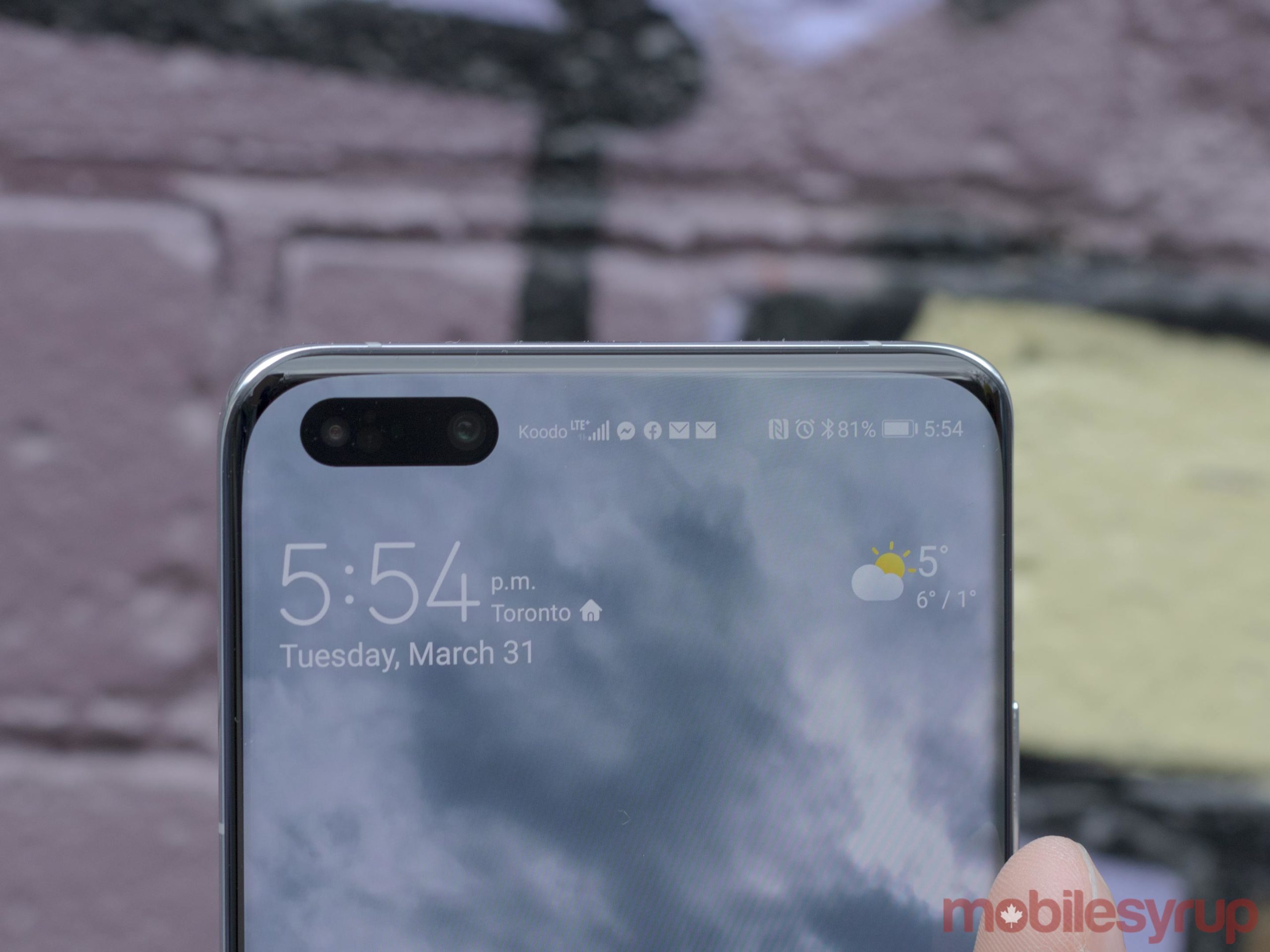 The P40 Pro features a 6.58-inch OLED screen with a 2,640 x 1,200-pixel resolution. The phone’s display showcases vibrant colours, detailed images and deep blacks. It’s beautiful, but Samsung’s S20 series features a superior screen with deeper blacks and a better dynamic range of colours. However, the overflow display helps provide a more immersive viewing experience, making images and videos look more alive and in your face. Additionally, I didn’t notice any colour issues around the edges of the screen.

Some people don’t like curved screens, but I think it helps the phone feel more ergonomic. I also didn’t experience any accidental touches when using the handset.

What’s especially great about the P40 Pro is its display’s 90Hz refresh rate screen. Navigating webpages and my Instagram feed felt exceptionally smooth. The 90Hz screen also makes animations generally look a lot better, which I really like since I use a live wallpaper. That said, I wish the P40 Pro featured a 120Hz refresh rate display like Samsung’s S20 series, but the 90Hz is still pretty good. 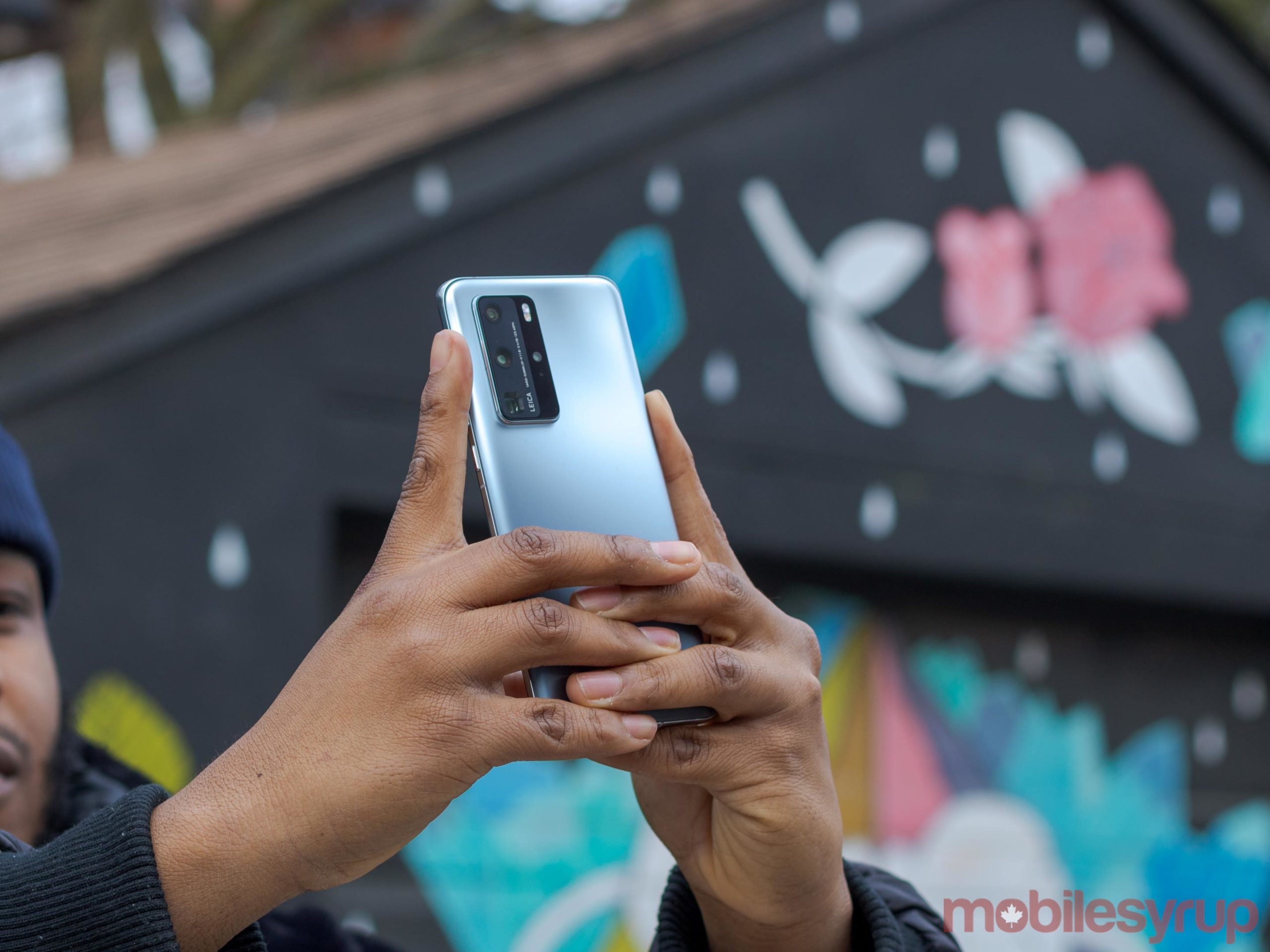 Huawei’s P40 Pro features four camera sensors, a 50-megapixel primary shooter, a 40-megapixel ultra-wide-angle shooter, a 12-megapixel telephoto and a depth sensor. The pictures it takes are stellar, feature mostly accurate colours (some images were a tad undersaturated) and full of detail. They were never too sharp and rarely over- or under-exposed.

Pictures taken with the primary shooter and the ultra-wide angle lens yielded the same results in terms of quality. Even photos shot with the 5x optical zoom looked stellar and don’t feature any noticeable softening or oversharpening.

Pushing past 5x optical zoom is where issues become noticeable. 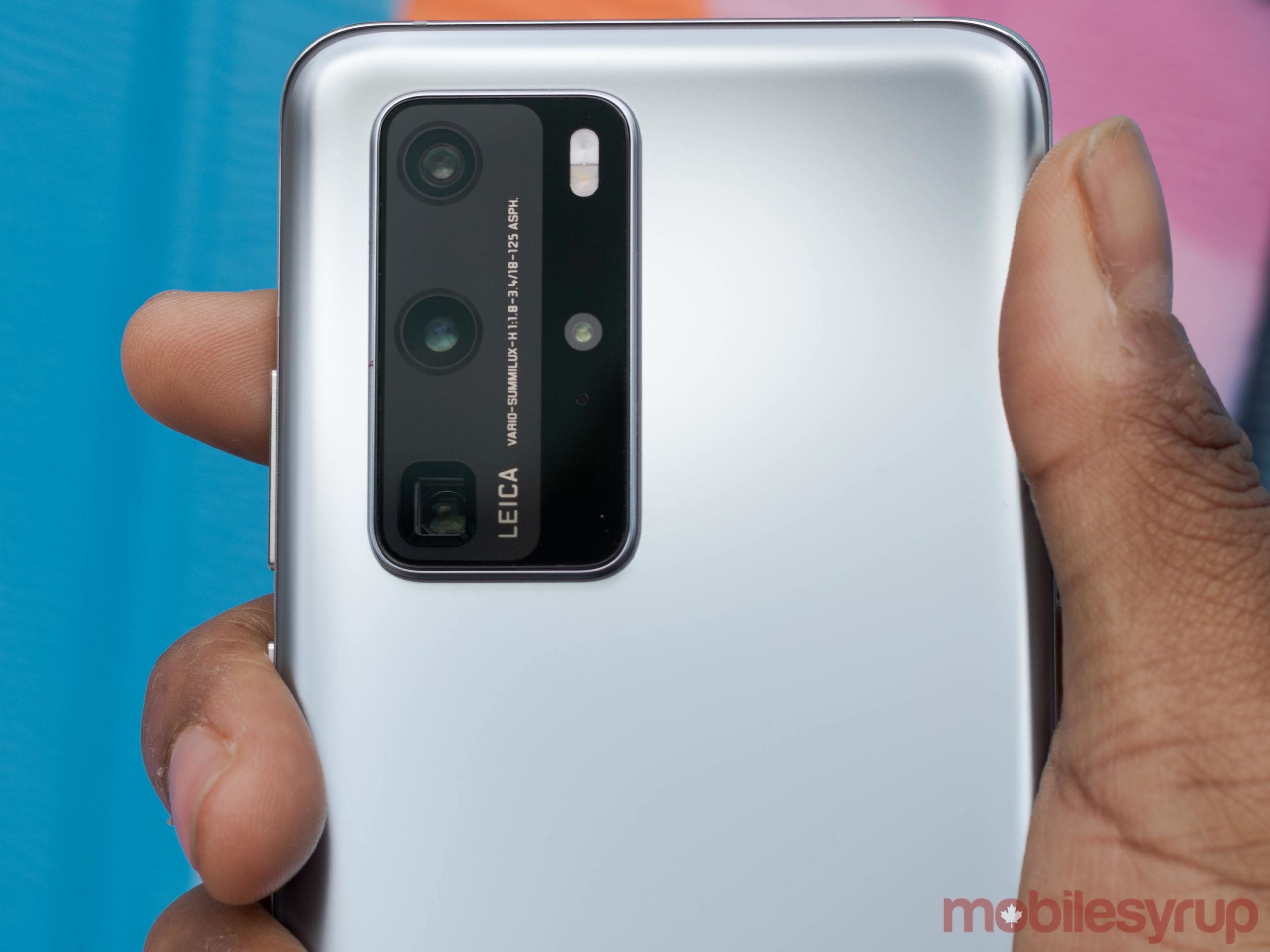 10x hybrid zoom is decent, but you can tell the picture has been digitally enhanced. On the other hand, 50x digital zoom is 100 percent digital and quite blurry. I was hoping for more from the telephoto camera from the P40 Pro considering the P30 Pro also delivered a similar experience regarding 5x optical and 50x digital. Don’t get me wrong, though; the P30 Pro’s quality isn’t on par with the 5x optical zoom featured in the P40 Pro, but I was hoping for more from the device.

The P40 Pro snaps bright images at night. In fact, they’re so bright that some may take issue with the fact that they’re not very not true to life. I personally like how the night images turned out, although they are somewhat undersaturated and the background is a bit overexposed. Huawei’s latest phone offers filters, however, and selecting more vibrant ones makes colours pop more. In comparison, the S20+ offers a better range of colours with its nighttime photos, especially the backgrounds. However, the P40+ Pro foreground capture seems to showcase more accurate tones. 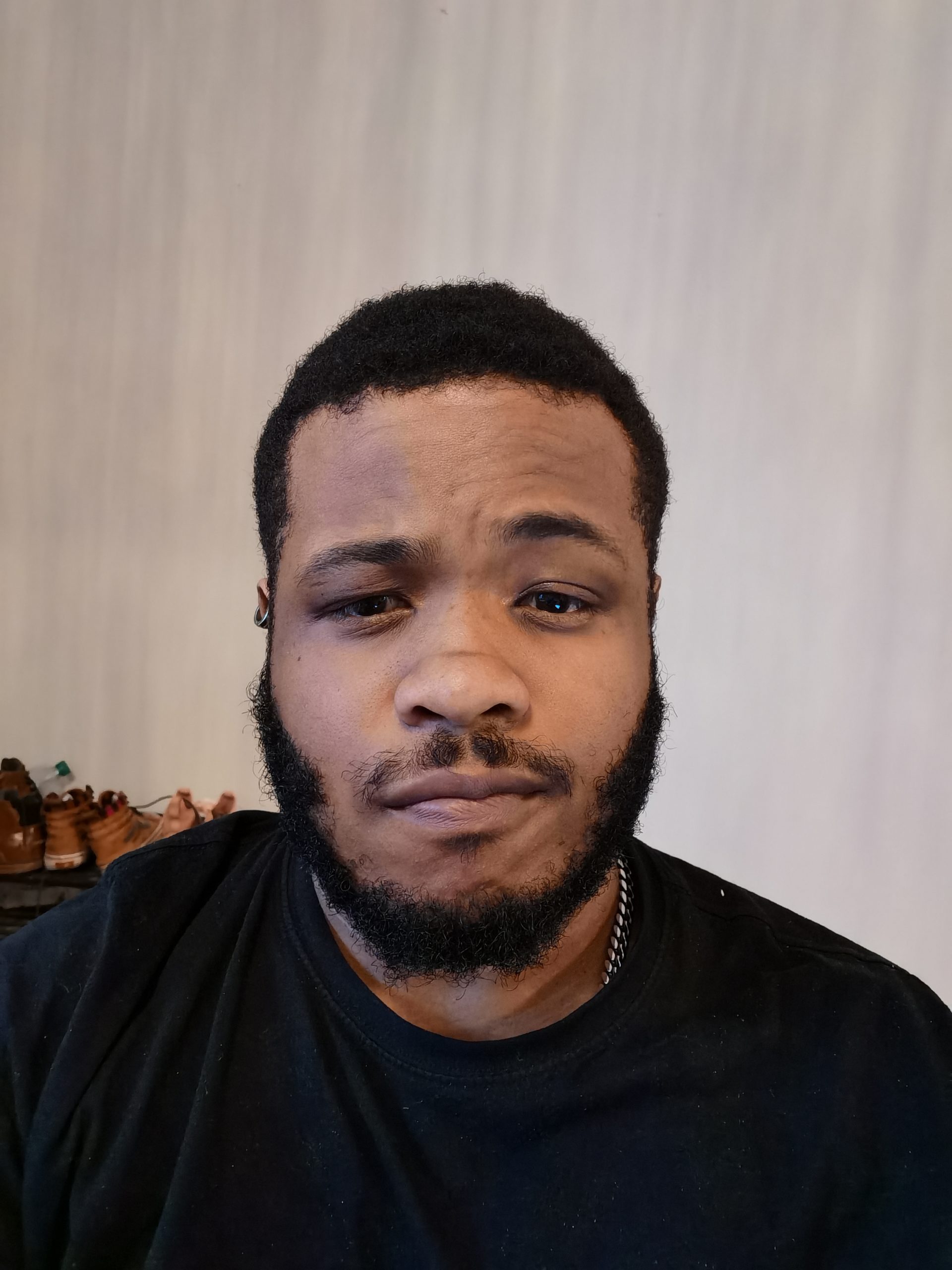 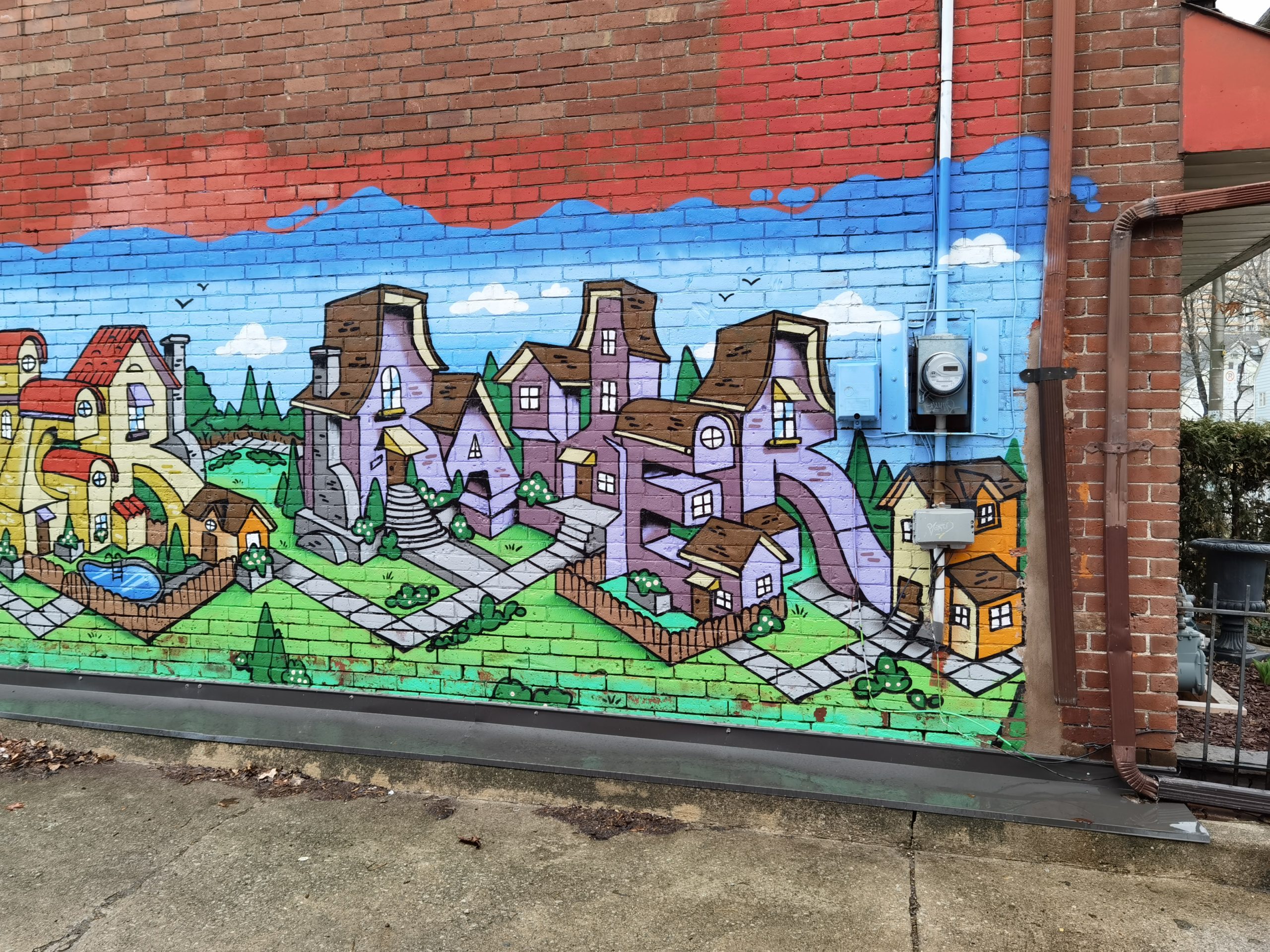 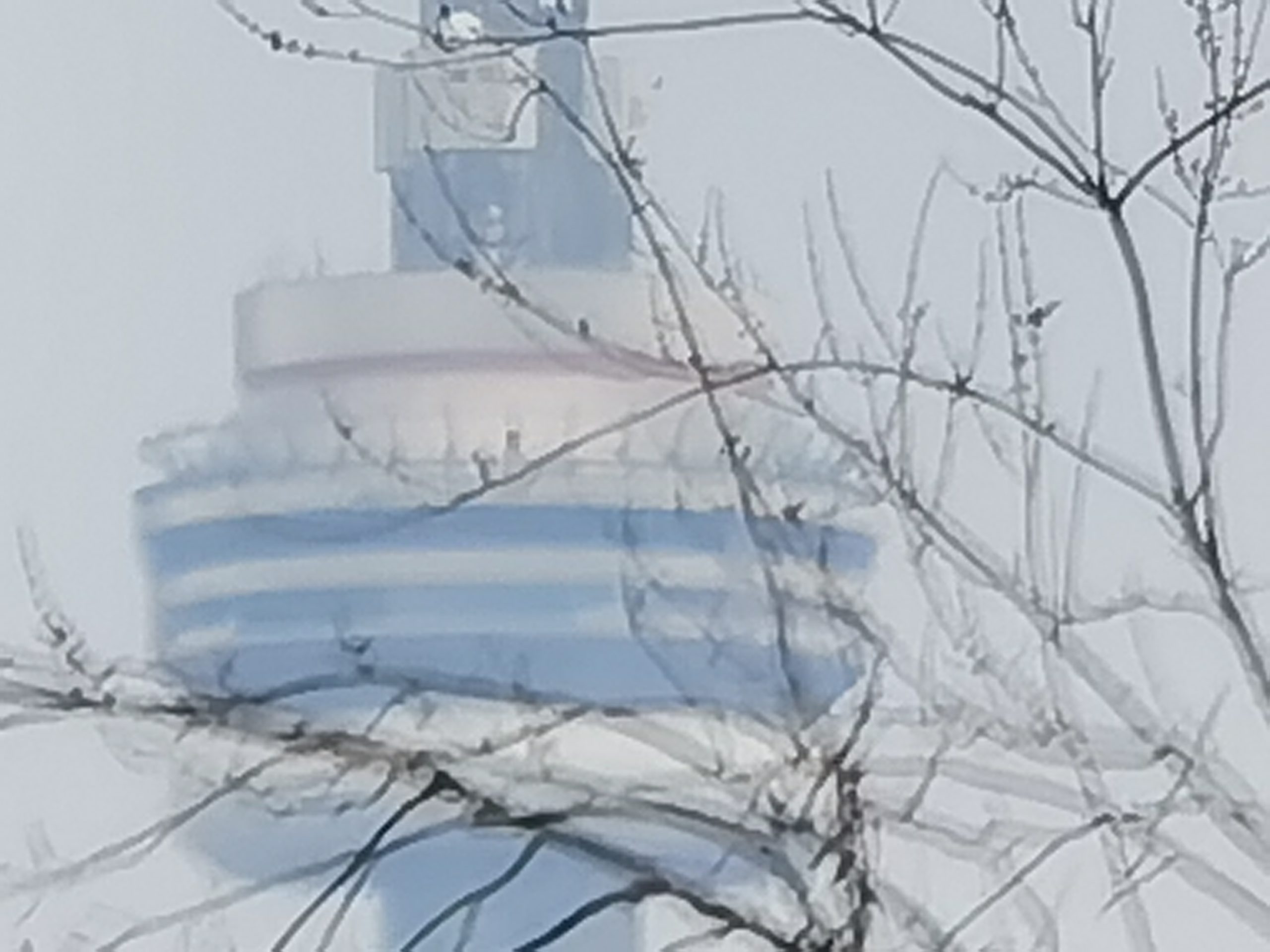 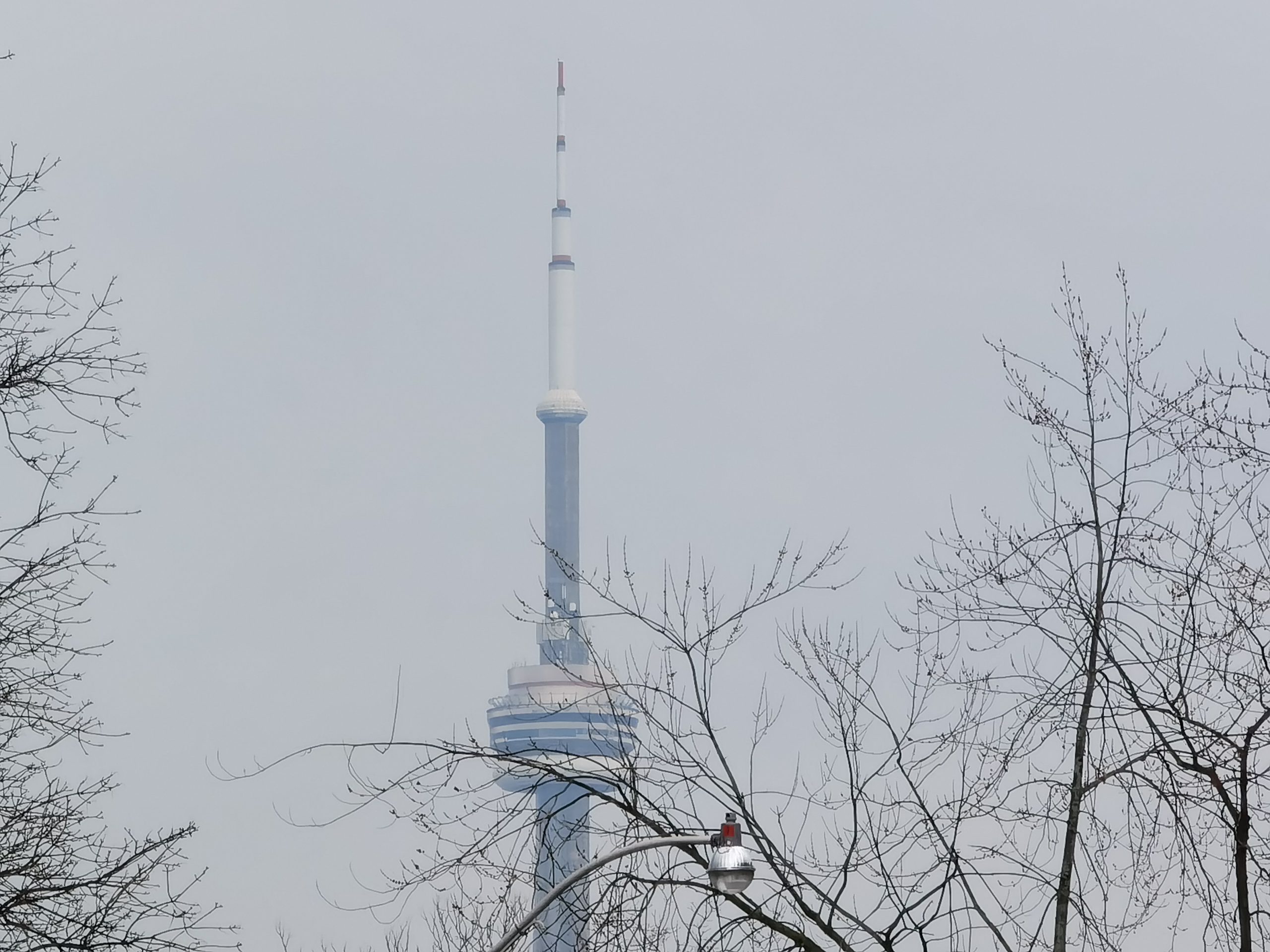 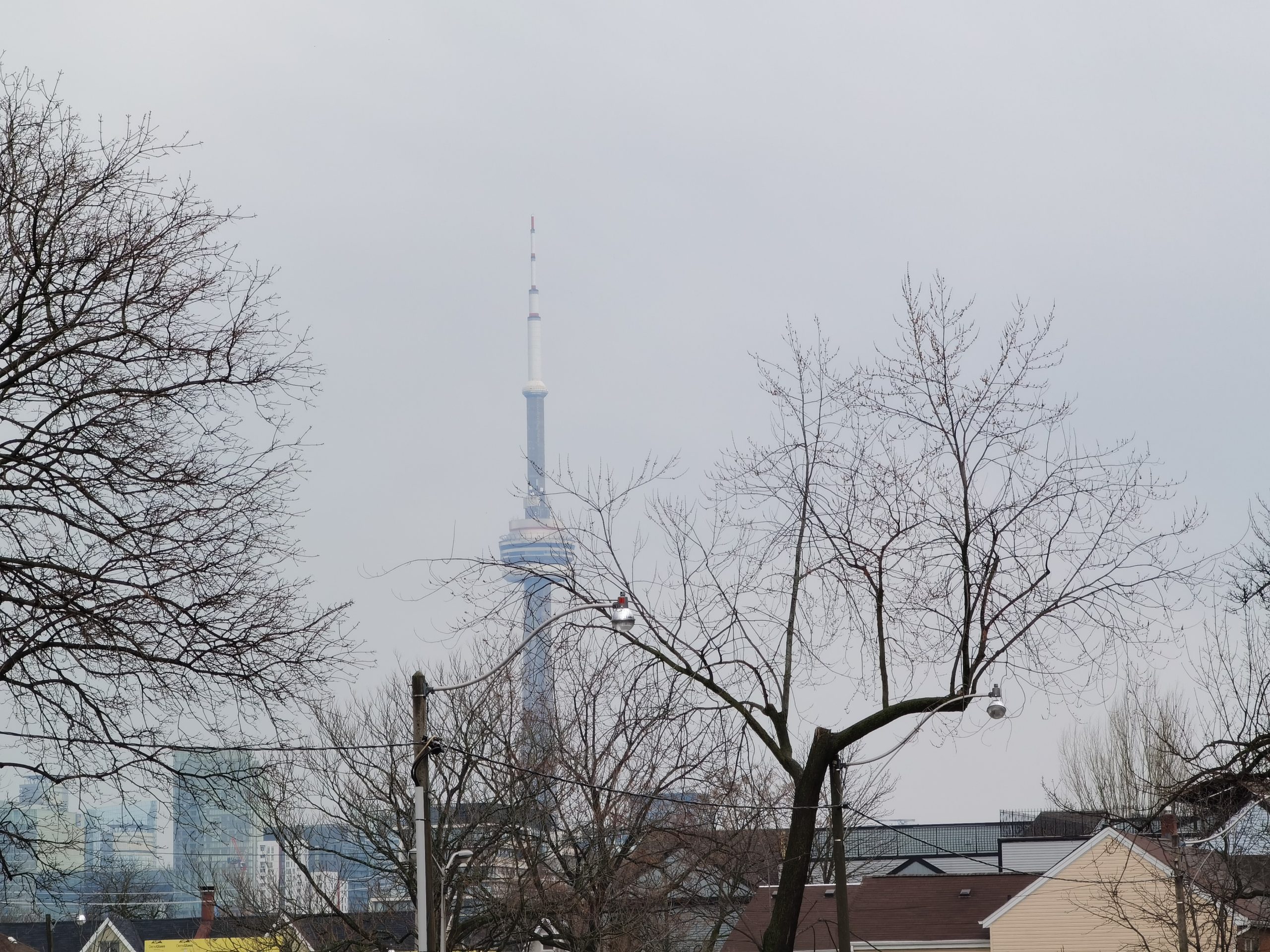 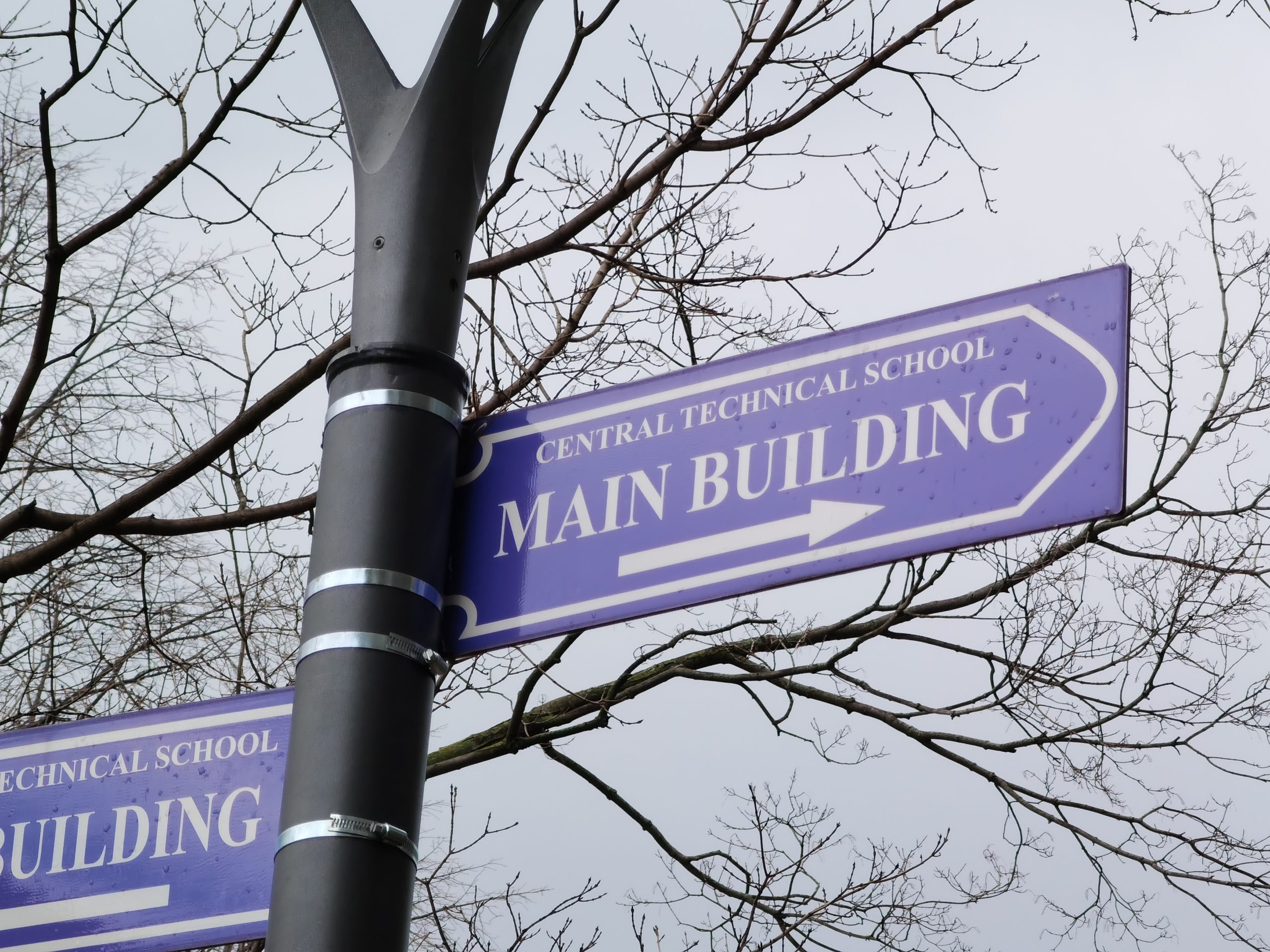 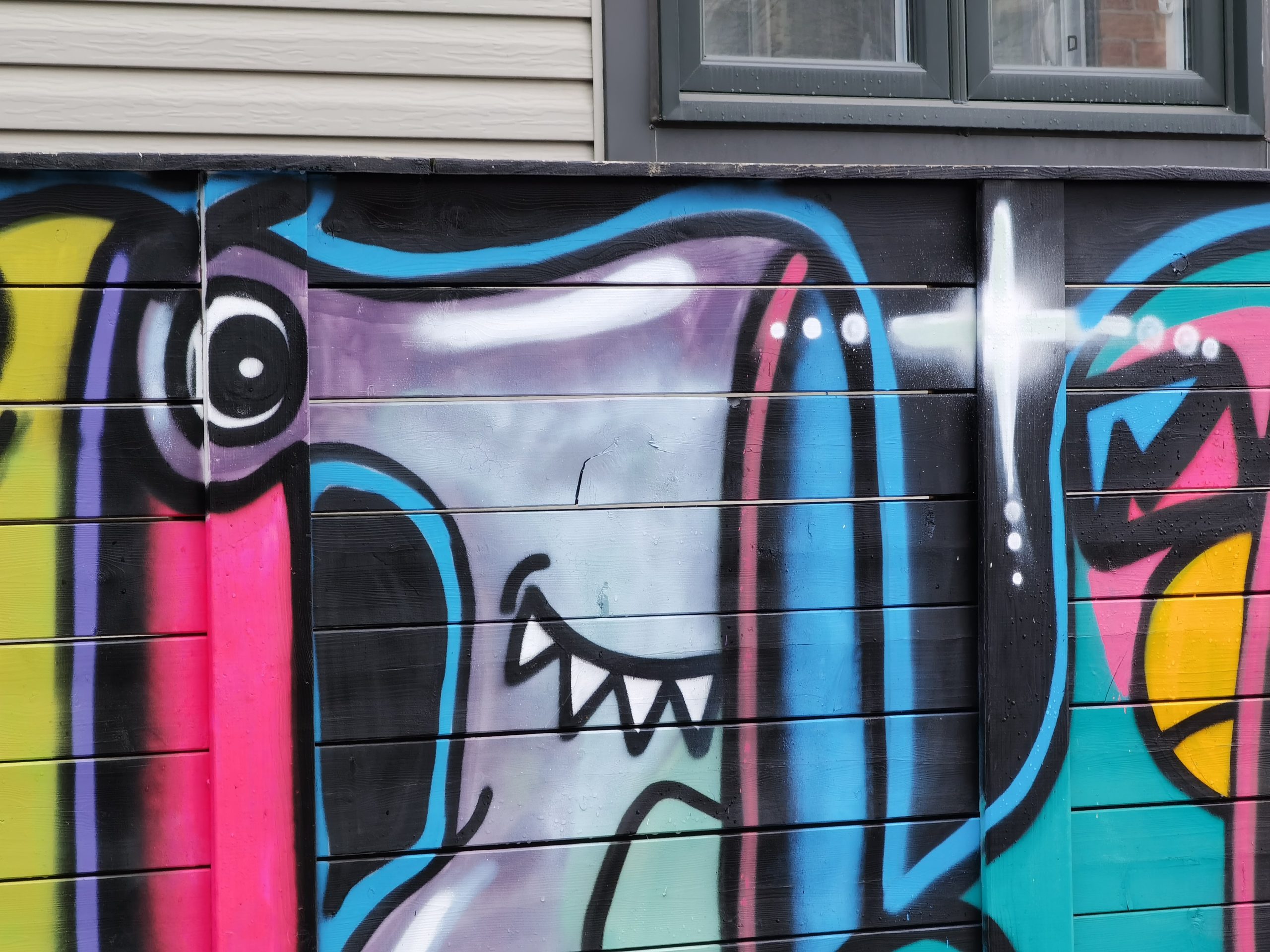 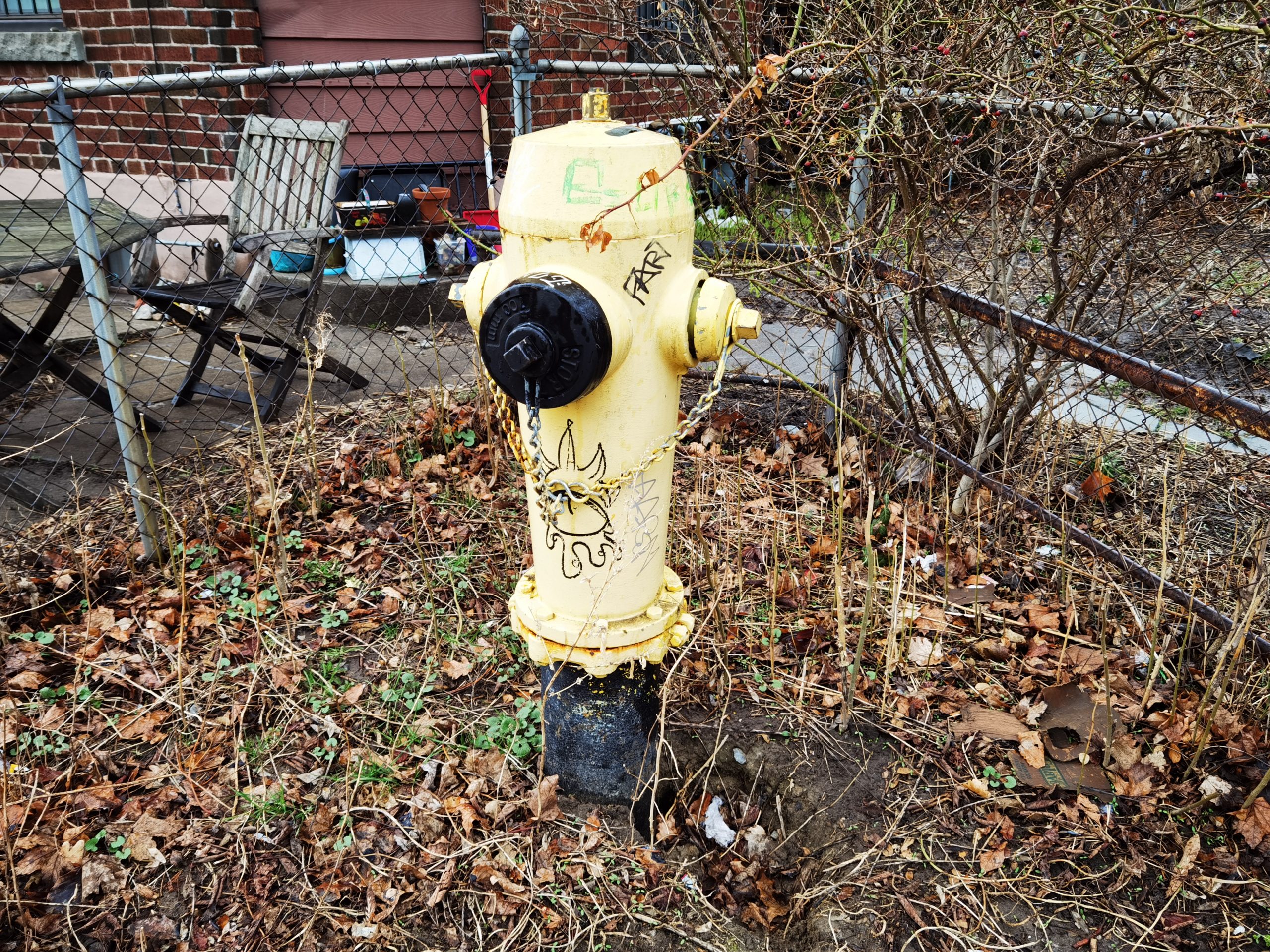 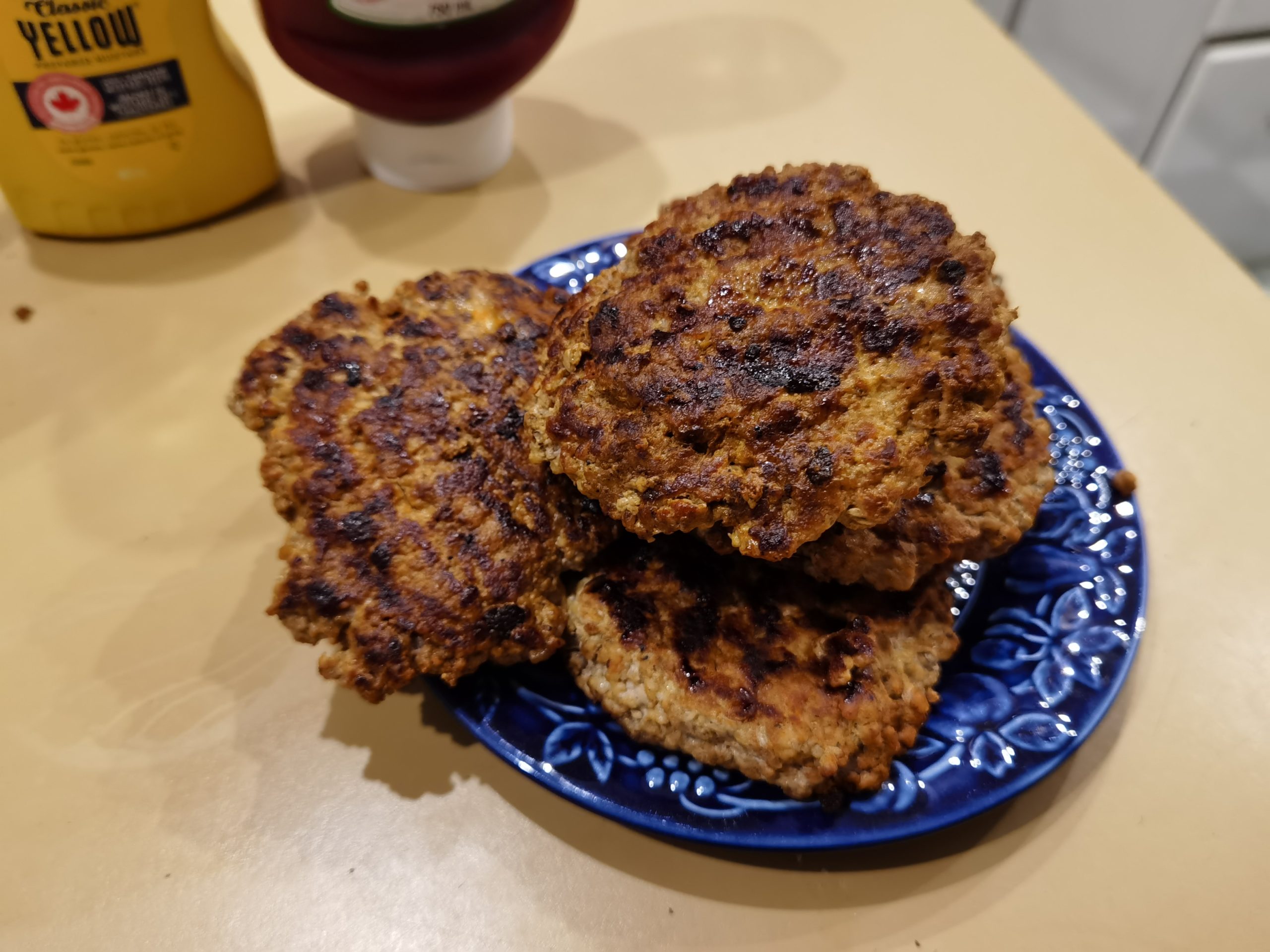 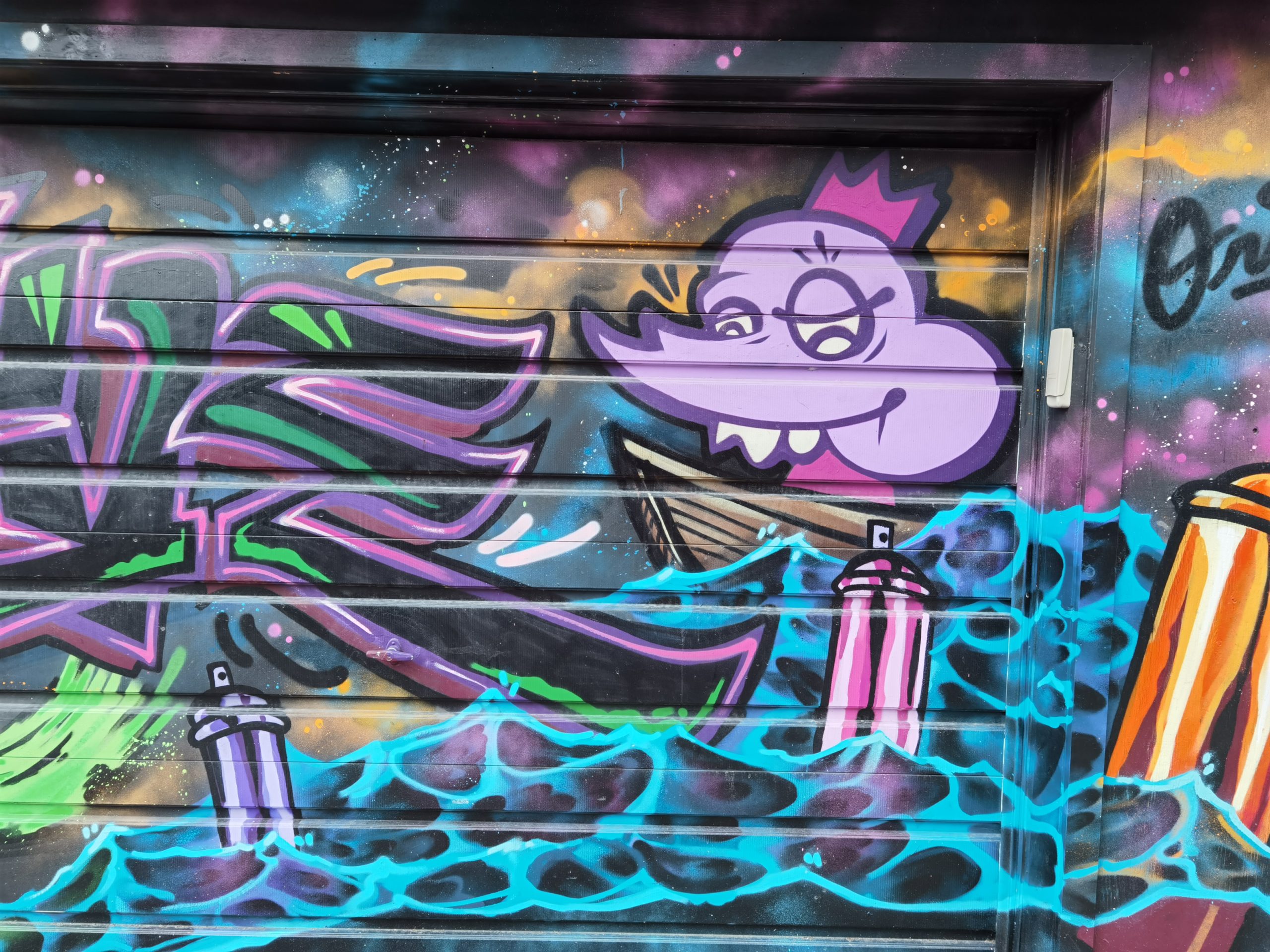 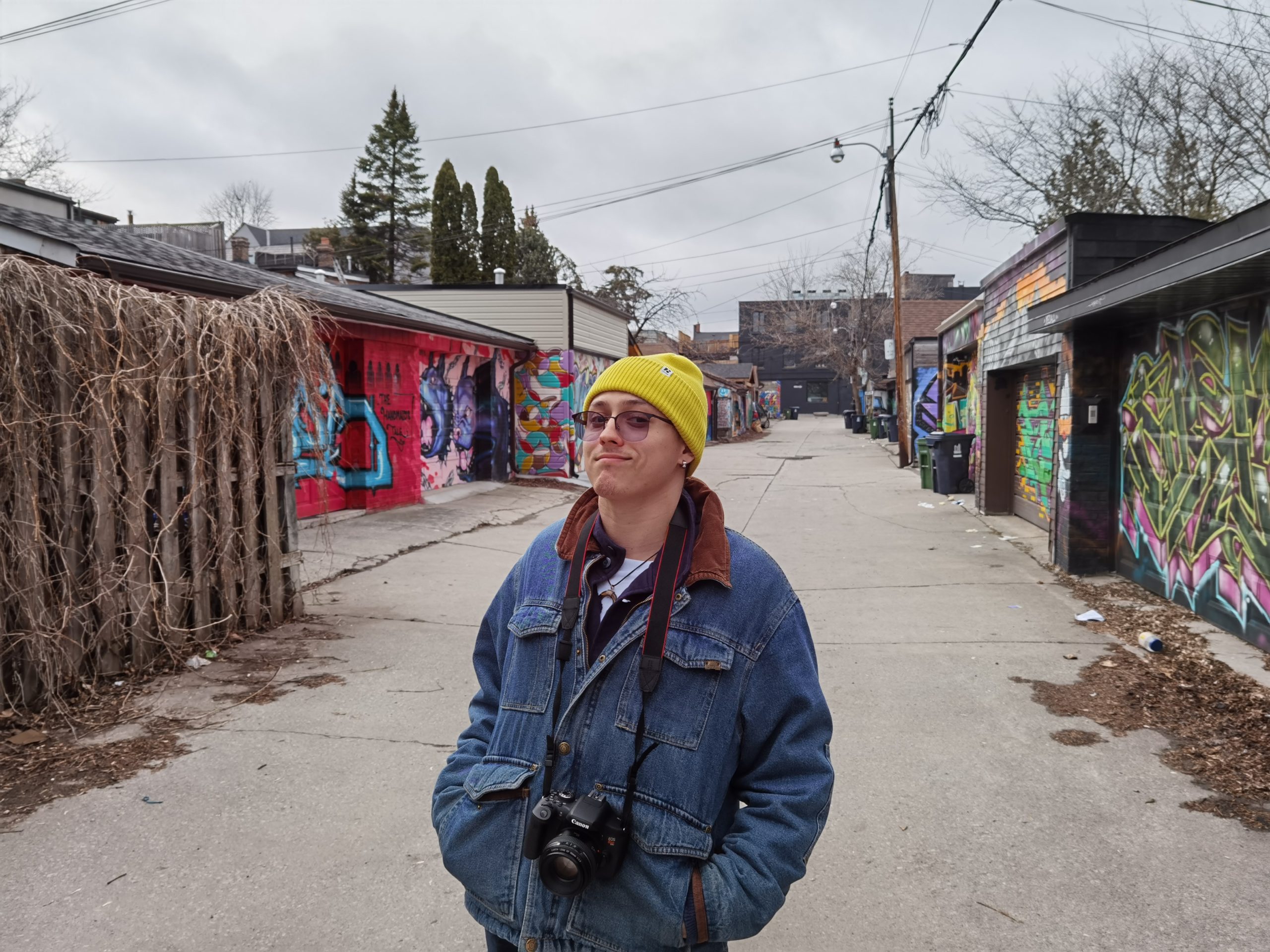 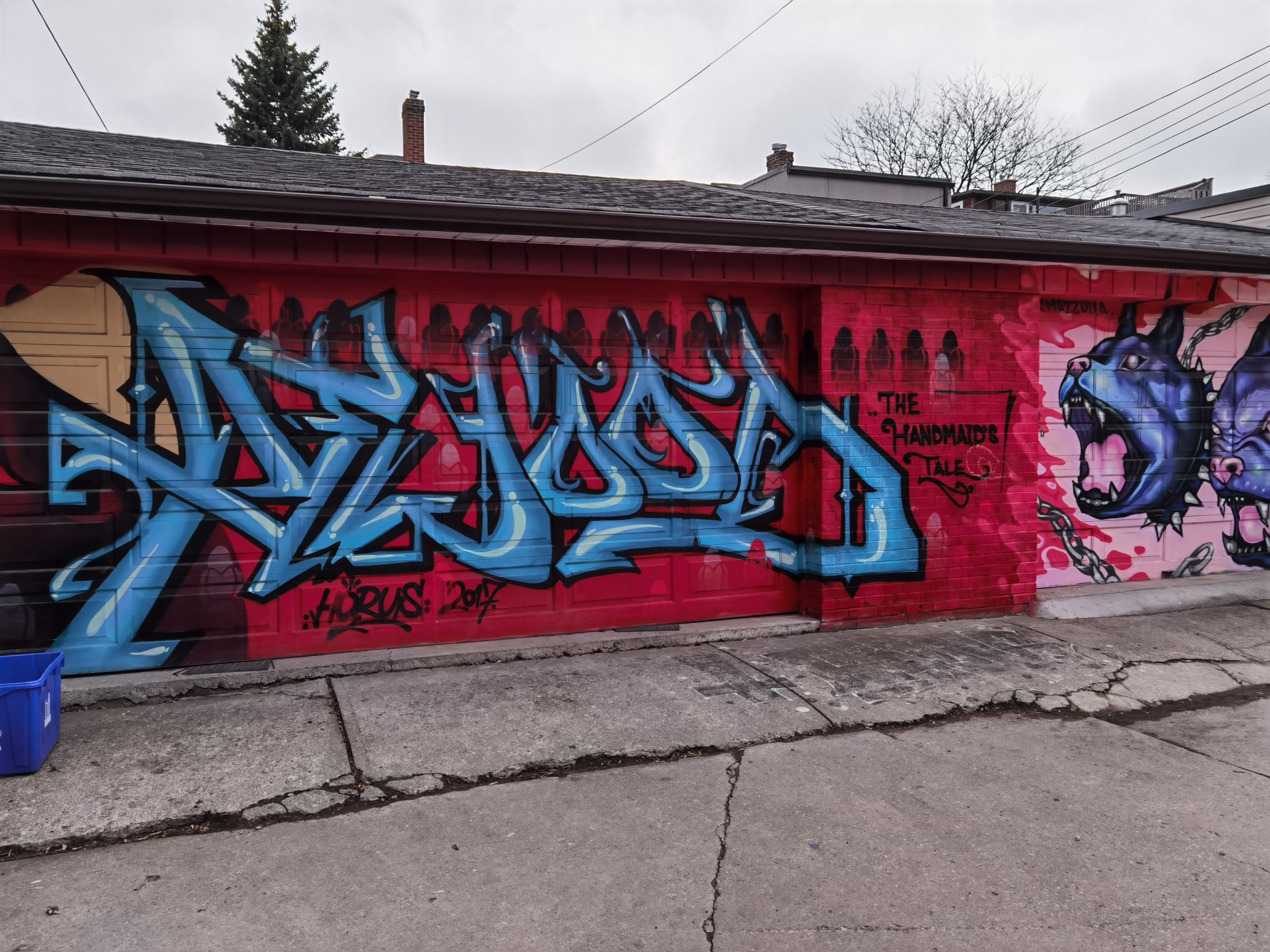 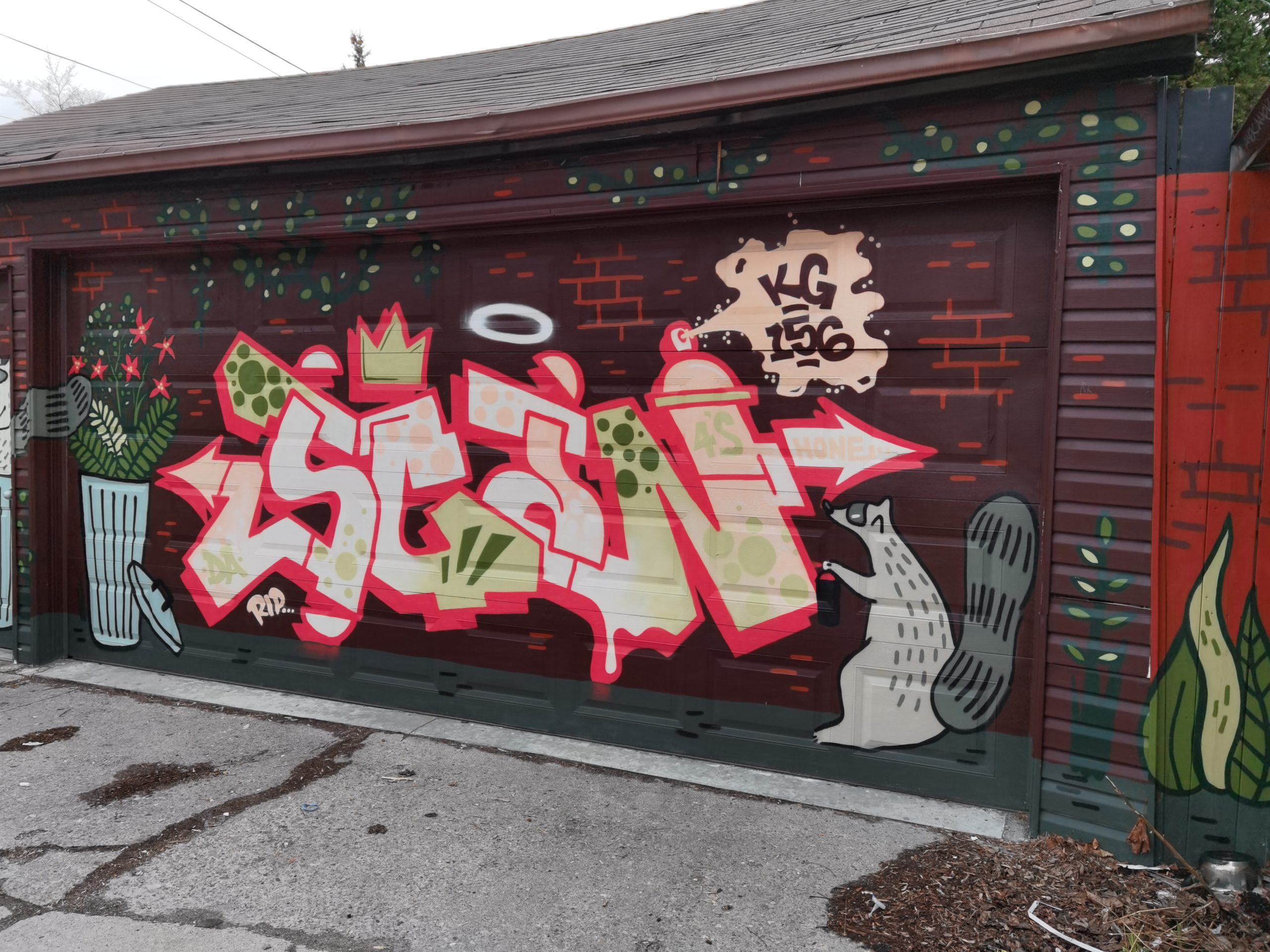 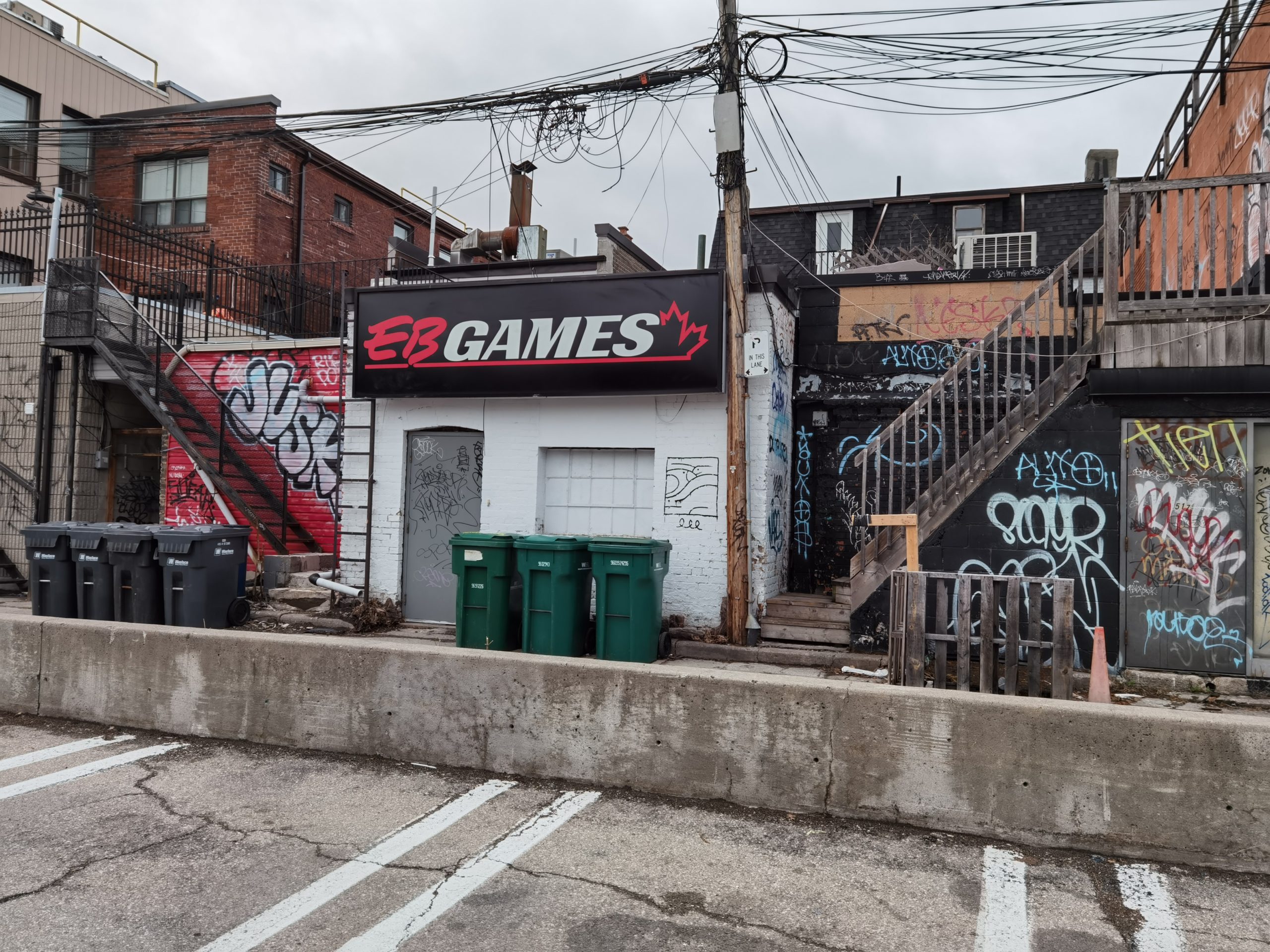 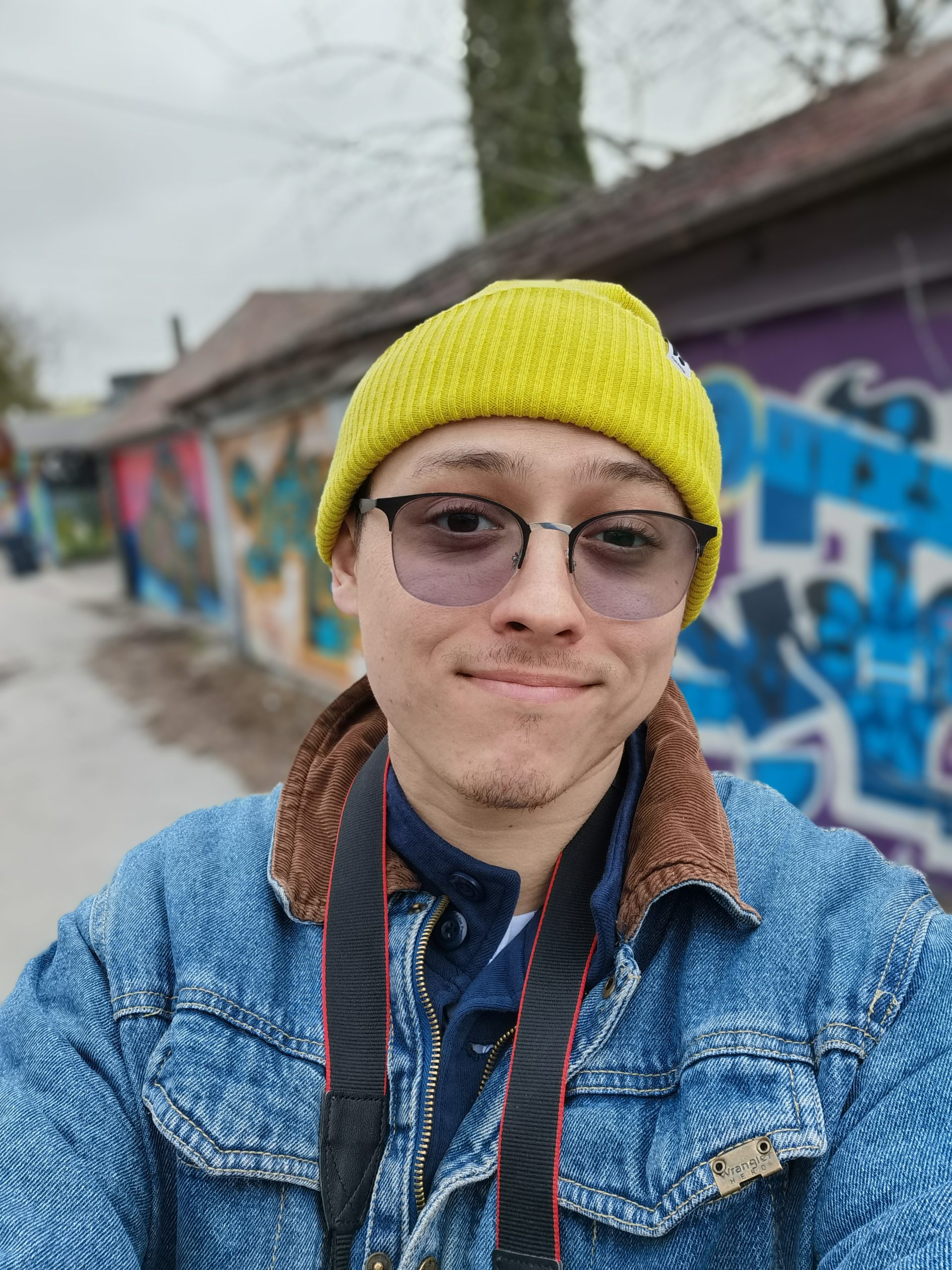 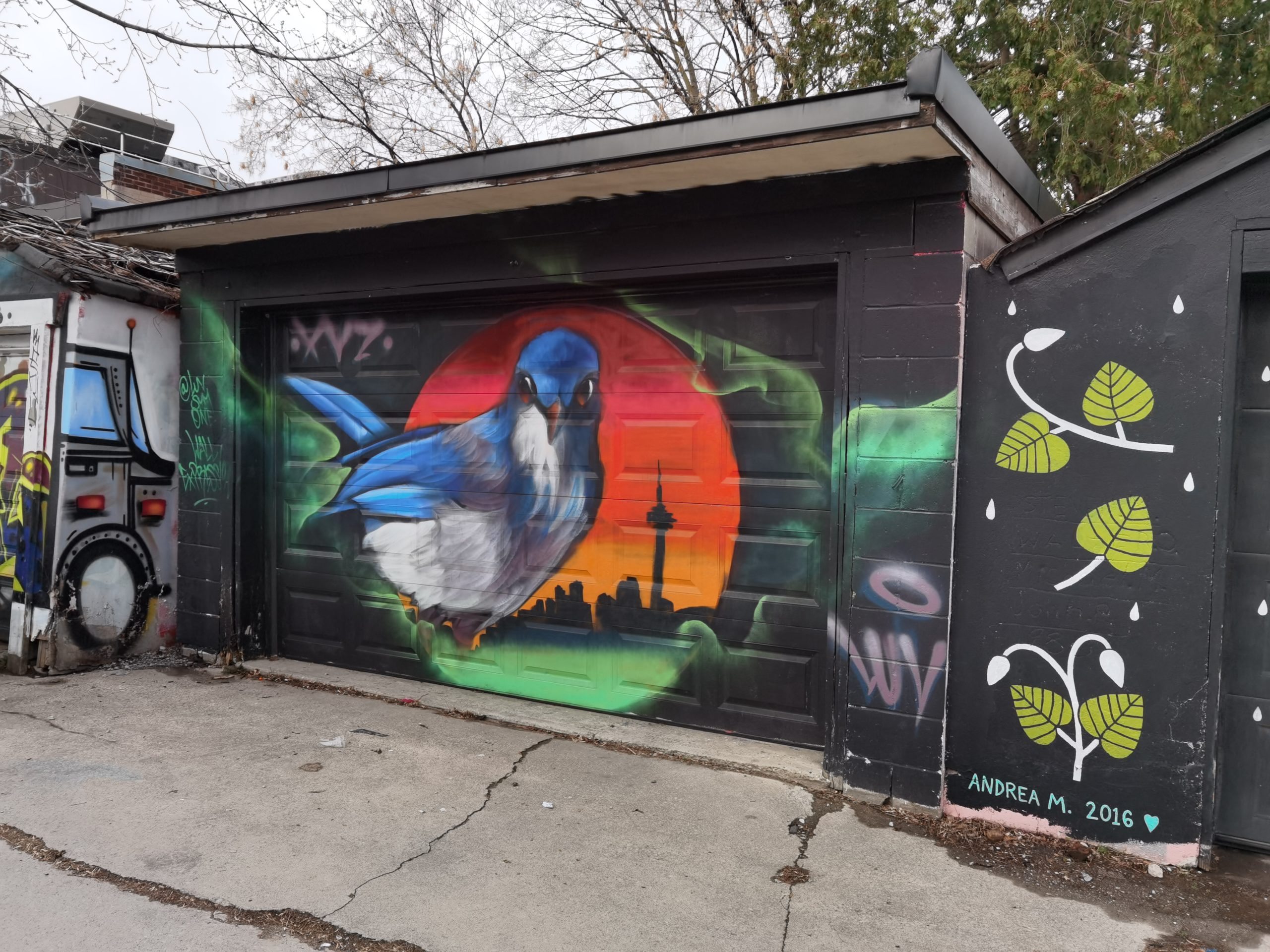 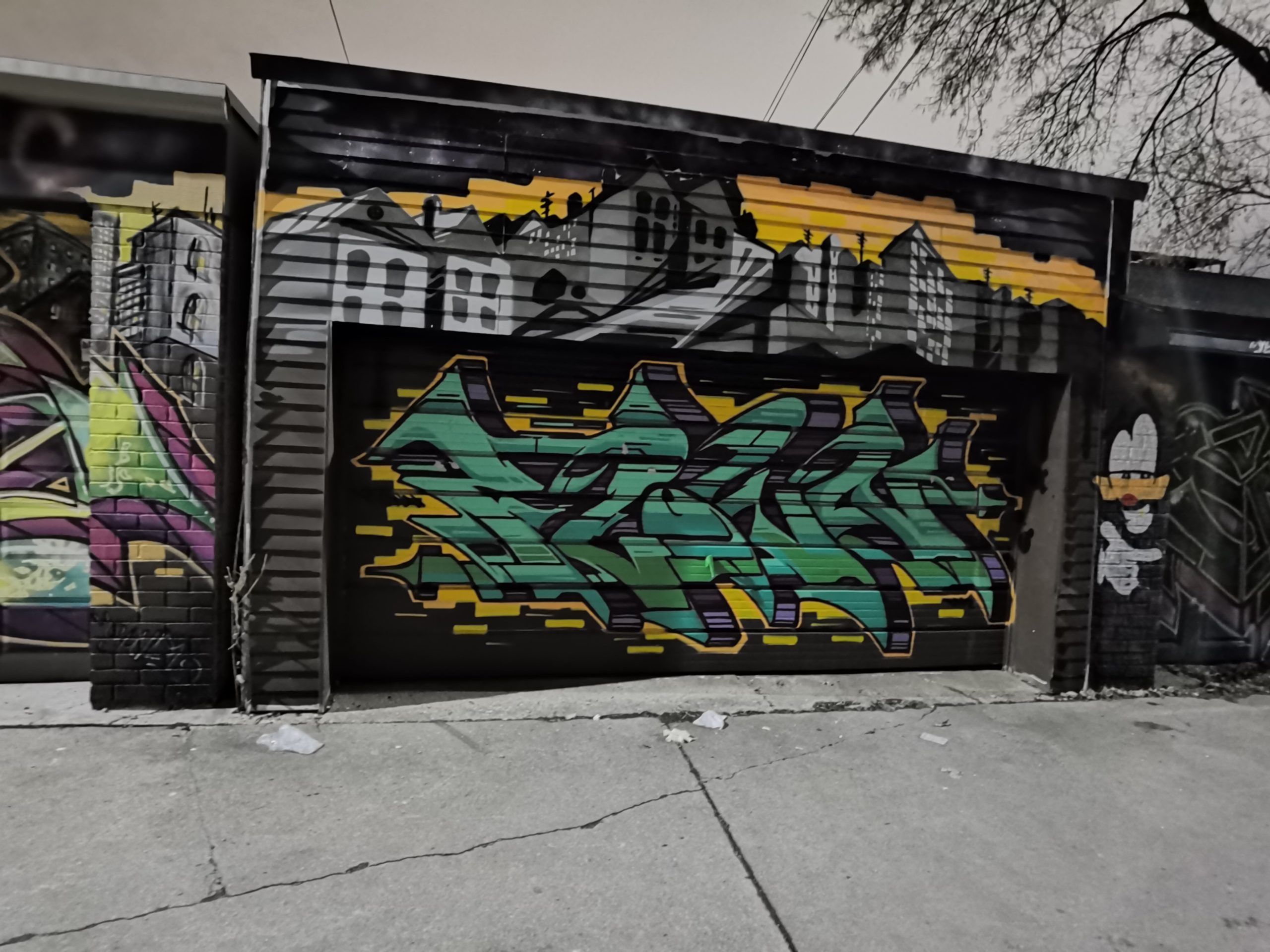 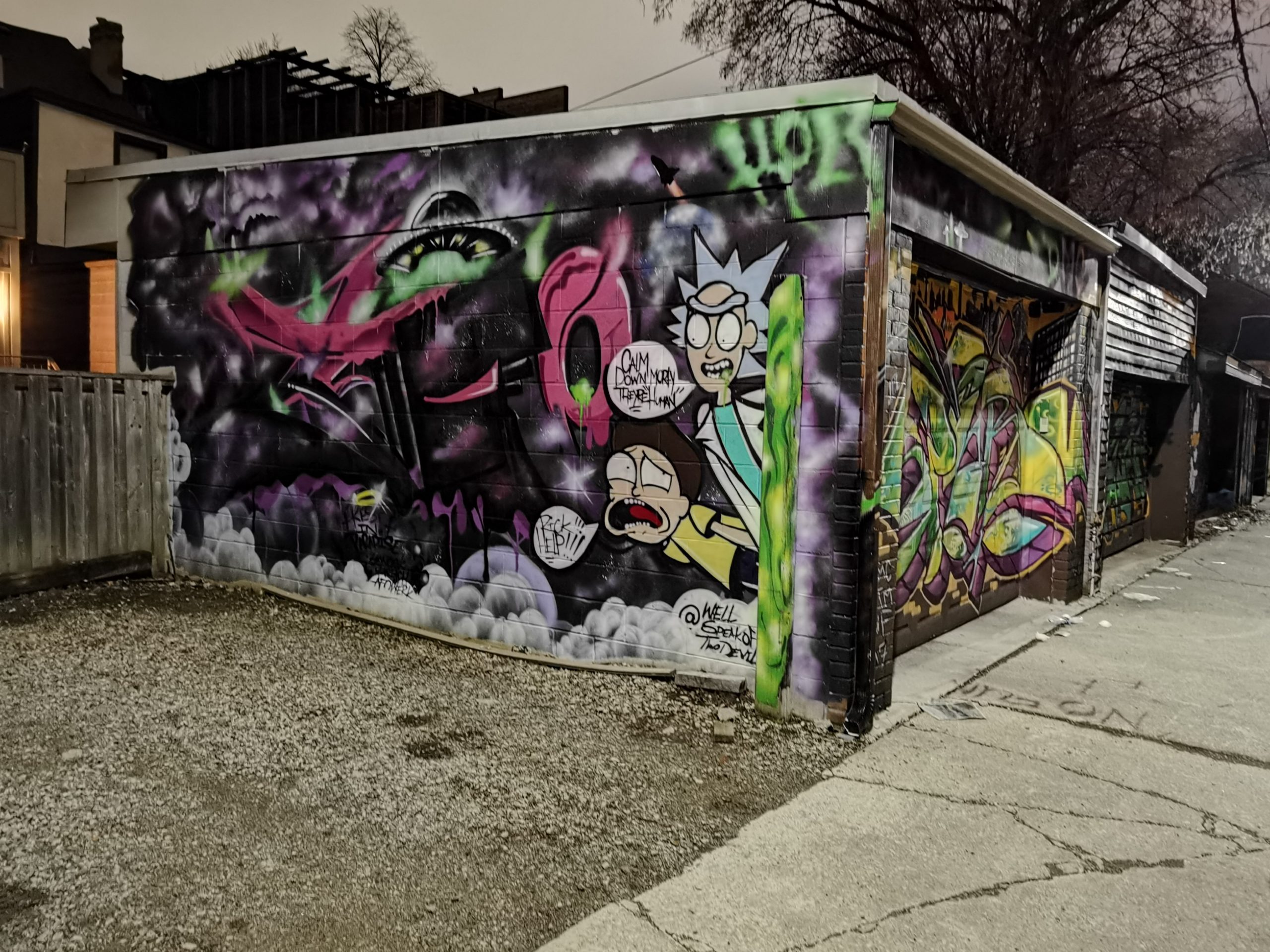 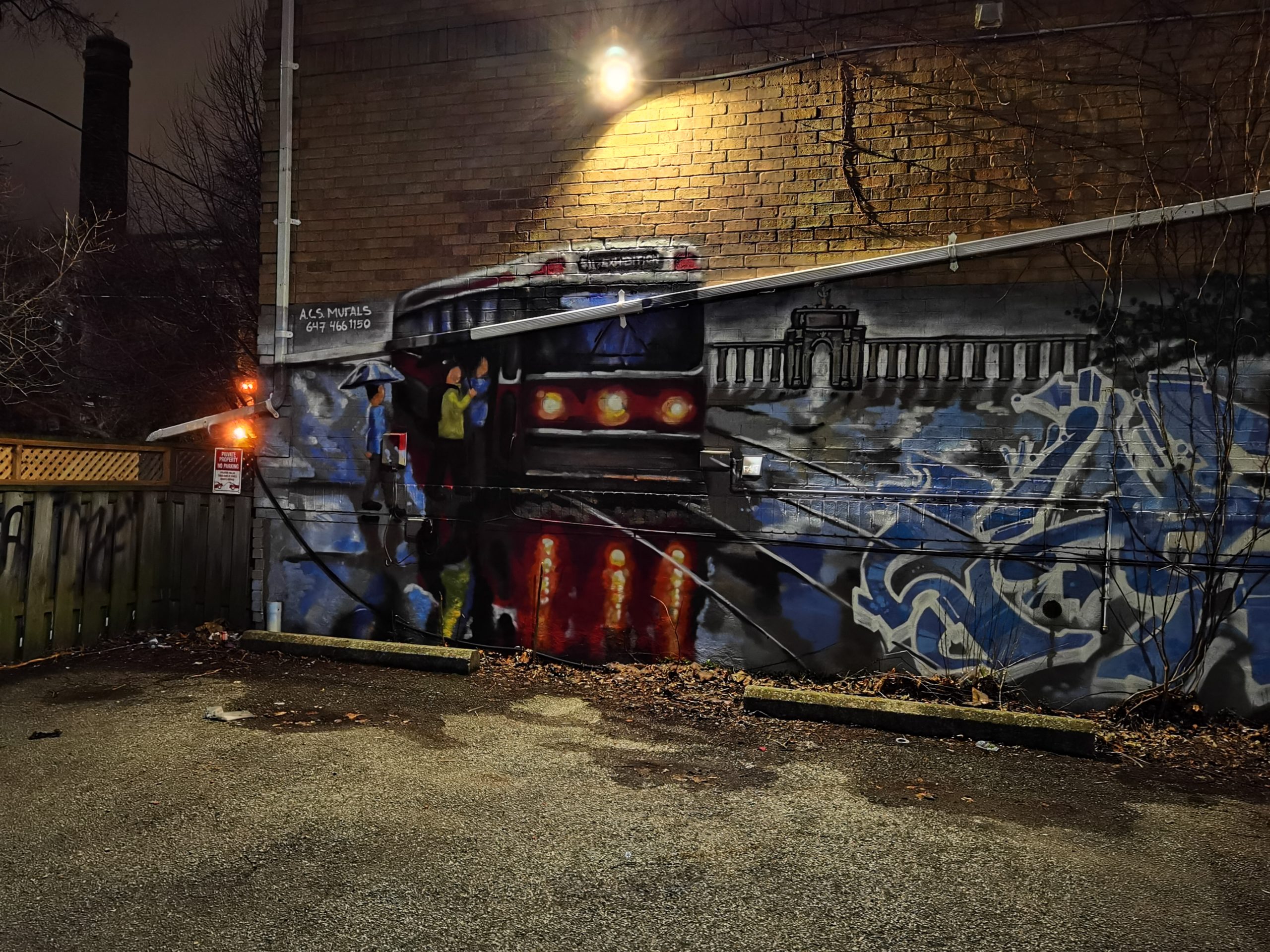 On the front, the P40 Pro features a 32-megapixel selfie shooter with a depth and infrared sensor. I found that the selfie shooter took detailed images that were a bit overexposed. I don’t feel like my skin was all that bright in most situations, but on occasion, the background does get overexposed. 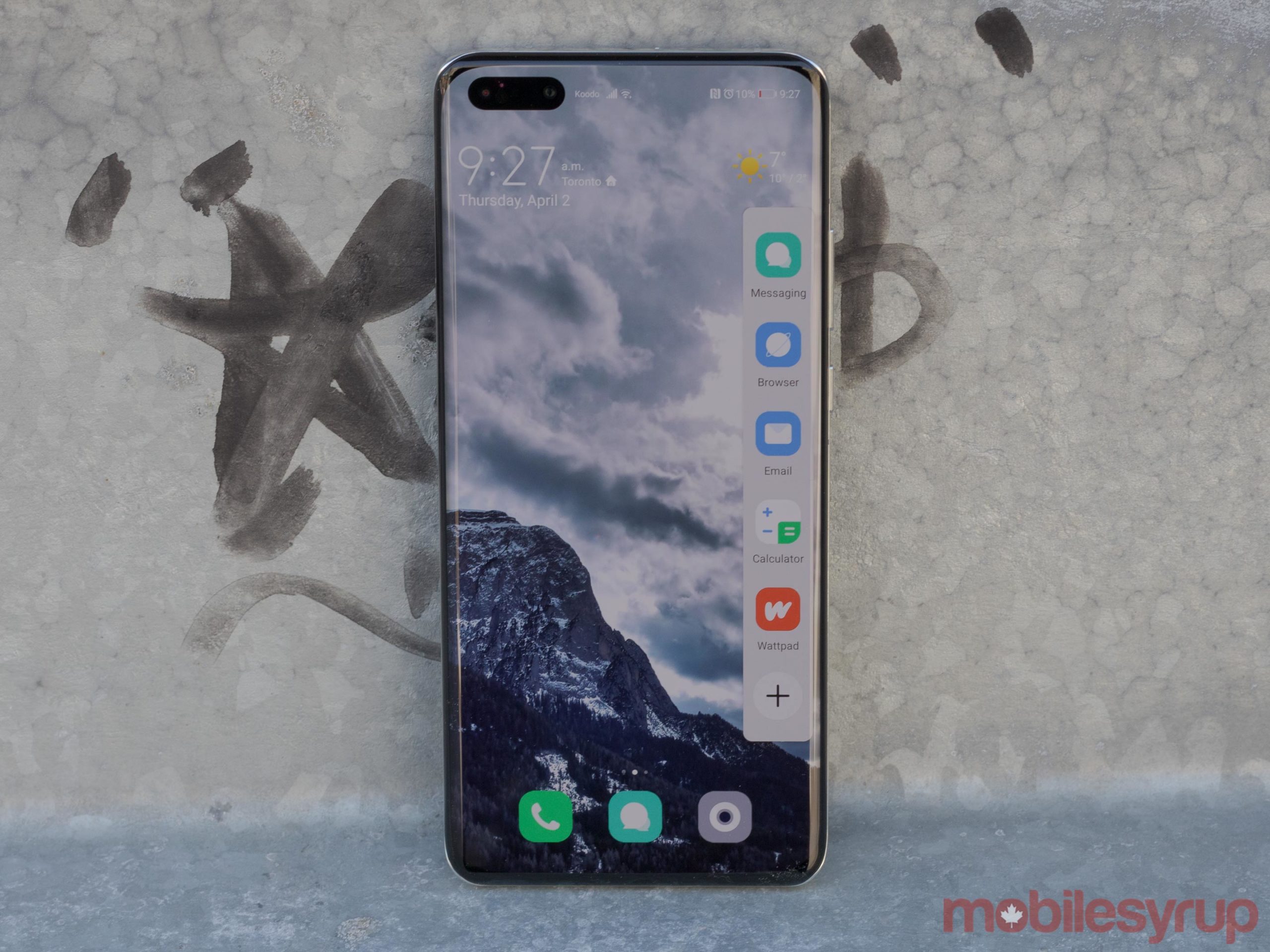 Huawei’s P40 Pro features a 4,200mAh battery, which isn’t that large in comparison to other smartphones on the market like the Samsung Galaxy S20+, S20 Ultra, the Huawei Mate 30 Pro and Asus’ ZenFone 6. That said, I’ve never had to worry about the battery when I was using the device. With average usage, including watching videos on YouTube, video chatting, scrolling through Instagram and running live wallpaper, I found the phone survived between 1.5 and two days.

The overall experience of using the Huawei P40 Pro every day was great. The phone was quick, and I was able to get everything done quickly with no hiccups or stuttering.

Huawei’s latest smartphone also features technology that enhances the experience. The phone includes an infrared sensor, which lets users unlock the device with their face. It’s quick and I’ve had no problems with it. The same can be said about the fingerprint scanner. It’s of the optical variety, which means it’s not as secure as Qualcomm’s ultrasonic sensor, but it’s the quickest and most accurate fingerprint sensor I’ve ever used.

There are also some other cool things you can do with the P40 Pro, like having three apps opened at once. That said, given that the display is so small, three apps running at the same time can feel a bit cluttered. Additionally, there’s a side panel with apps that is similar to Samsung’s Edge functionality, and even Air Gestures that allow you to take screenshots and scroll through websites.

Just not for everyone

Huawei's P40 Pro is one of the best smartphones on the market, and I enjoyed every moment I spent using it. One of the previous handsets I reviewed was the S20+ and hardware-wise, these two smartphones are almost on par with one another.

From the camera to the design, I liked nearly everything about the P40 Pro, and if this handset used the Google Play Store, it'd be an amazing phone for anyone.

But because the P40 Pro lacks Google Play Store access and uses Huawei's App Gallery, many people won't want to deal with the limitations that stem from not being able to easily access the apps that other Android phones are capable of. You can't blame them, either, especially when there are several other options on the market.

"Huawei's P40 Pro is one of the best smartphones on the market, and I enjoyed every moment I spent using it"