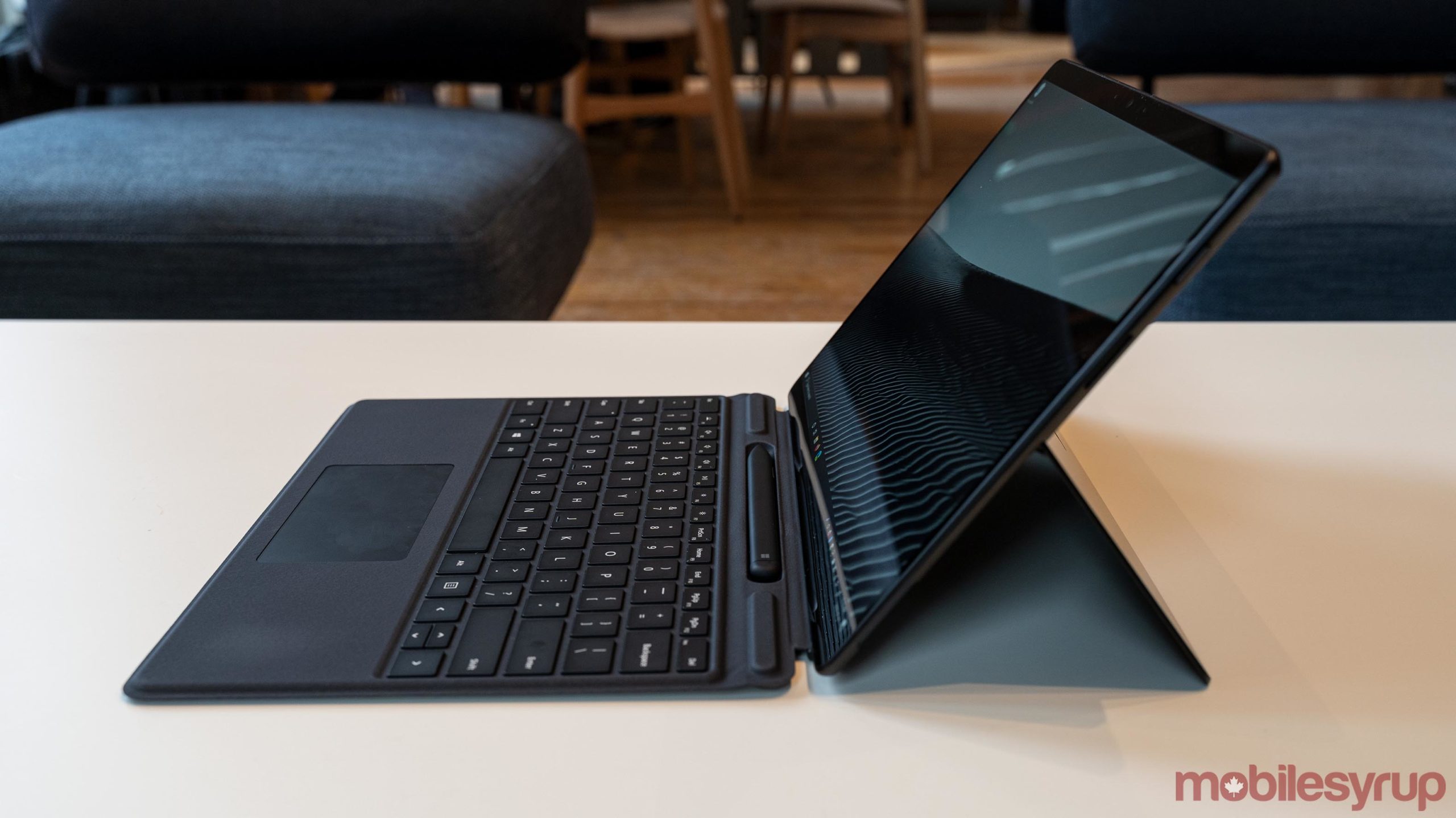 Microsoft is reportedly set to refresh its ARM-powered Surface Pro X in the fall.

According to Windows Central, Microsoft will update the 2-in-1 with a new ‘SQ2’ processor and introduce the ‘platinum’ colour option along with new Type Cover colours. Unfortunately, sources told Windows Central that the new Pro X — Pro X 2? — won’t feature any significant design changes.

The biggest external change will be the new colour option. Microsoft has long offered its Surface devices in a ‘platinum’ colour, and more recently in matte black. It looks like the Surface Pro X 2 will also be available in platinum. The first Pro X only came in black. Windows Central suggests this is Microsoft’s way of indicating the Pro X 2 will be ready for the mainstream consumer.

Additionally, the Type Cover accessories for the Pro X 2 will come in the same colours as what’s available for the standard Surface Pro device.

As for the new SQ2 processor, it’s likely based on Qualcomm’s new Snapdragon 8cx Gen 2 and will boast improved performance over last year’s SQ1. Interestingly, Microsoft reportedly plans to announce x86 64-bit app emulation, which could enter preview later this year. If that the case, the Surface Pro X2 may not suffer from the app problem that plagued the original Pro X.

Currently, Windows on ARM can only emulate 32-bit x86 apps — x86 being the instruction set used by Intel and AMD CPUs and also what most apps and games use. However, most modern programs use the 64-bit variant which, unfortunately, ARM CPUs currently can’t emulate. That meant for the Surface Pro X, there was an unfortunate lack of apps.

With the more powerful SQ2 and support for 64-bit x86 emulation, the Surface Pro X 2 could be an excellent option when it arrives, assuming the emulation works well. And with more platforms adopting ARM, it could encourage developers to begin transitioning their apps to ARM as well.

Finally, Windows Central notes that it hasn’t heard any rumours about the Surface Pro X 2 supporting 5G. Considering one of the big benefits of the 8cx Gen 2 is 5G support, if the SQ2 is based on that chip, it could very well include 5G. If so, the Pro X 2 would be the first Surface device to offer 5G connectivity.