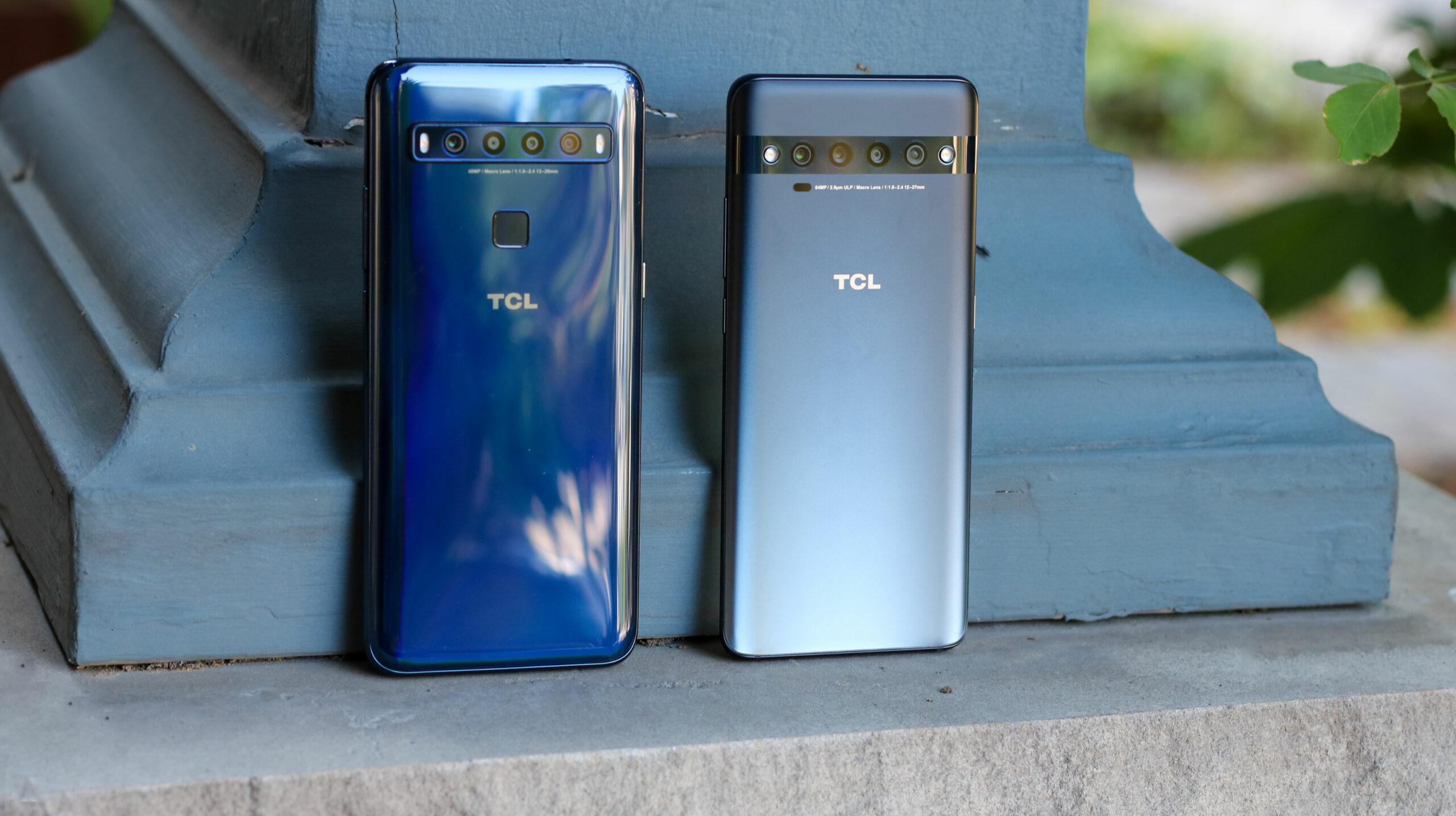 When people in Canada hear TCL, they think of affordable TVs with high-end specifications. Many are not aware that the Huizhou, China-based smartphone maker is responsible for the BlackBerry (in North America) and the Alcatel smartphone brands as well.

Now, the company that released the BlackBerry KEYone is launching two smartphones under its own name, the TCL 10 Pro and the 10L. These two mid-range handsets come with an elegant design language, interesting user interface and affordable price.

The TCL 10 Pro offers better specs than the 10L, but the latter sports a more affordable price tag. TCL’s self-branded smartphones have their own type of charm, however, they’re far from perfect.

Note: This is a review of both the TCL 10 Pro and TCL 10L. The final score at the end of the review reflects both devices’ strengths and weaknesses in the context of their price tags. 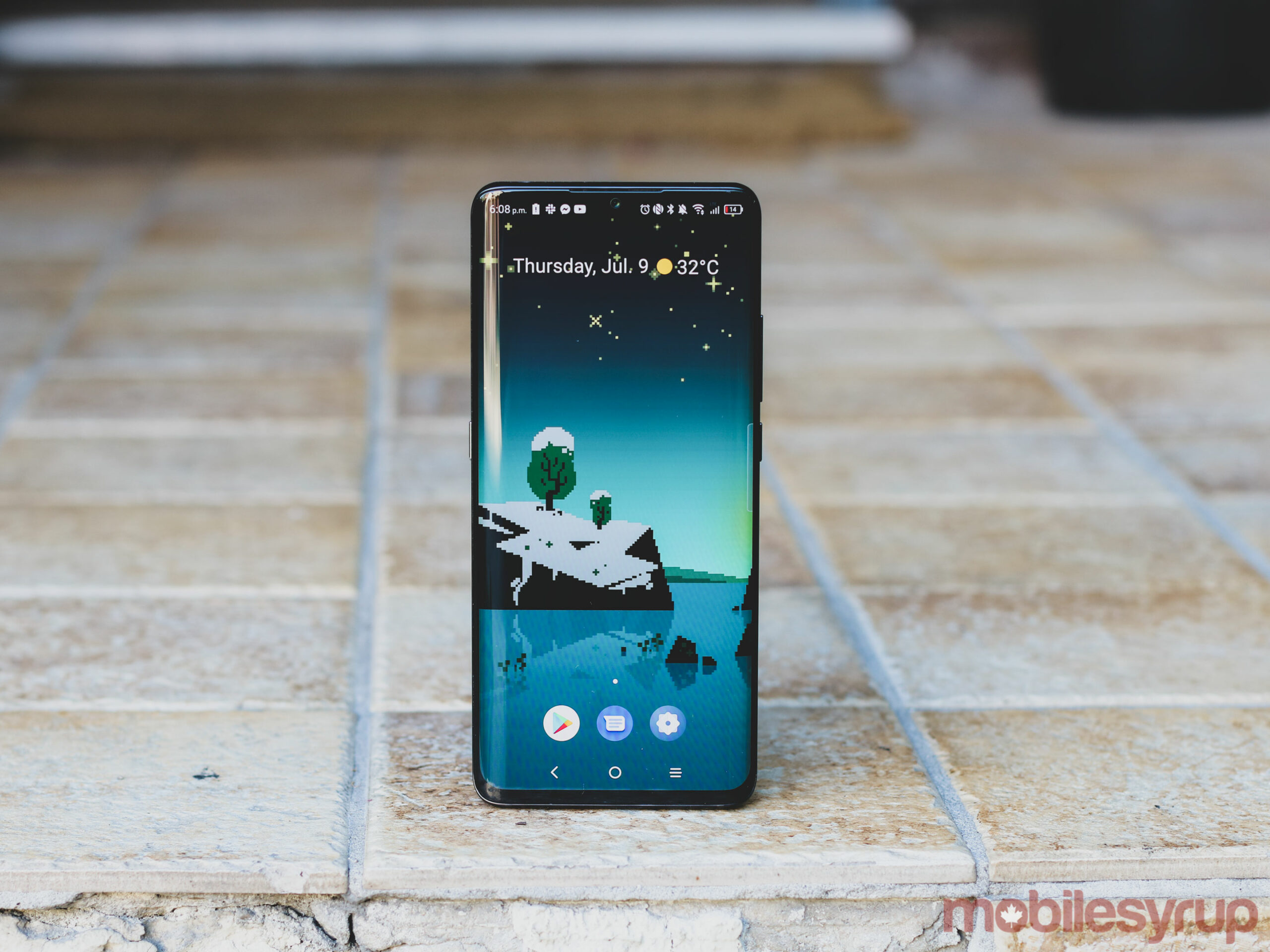 The TCL 10 Pro’s design includes aesthetic features from both 2020 and 2019 flagships, making it look decidedly modern.

The TCL 10 Pro has slim bezels surrounding the smartphone with a bit of a chin below the screen. The curved display is also similar to what’s featured on Huawei’s P40 Pro and the Motorola Edge+, two smartphones that launched earlier this year.

However, what I found weird about the TCL 10 Pro was its waterdrop notch. Most flagship handsets that launched in 2020, like Samsung’s Galaxy S20 series, Huawei’s P40 Pro and the OnePlus 8 Pro, for example, include hole-punch displays.

What’s a bit odd is that the TCL 10L — the less high-end device of the pair — features a hole-punch screen. In an interview with TCL, I was told that the 10 Pro couldn’t include the hole-punch display due to its curved AMOLED technology. While AMOLED phones like the S20 sport curved hole-punch screens, it’s not something we’ve seen on mid-range handsets and it keeps the price of the 10 Pro affordable.

The 10 Pro also features a headphone jack, which is admittedly strange to see in a modern smartphone and is still appreciated. TCL placed the 3.5mm headphone jack at the top, which I like since it doesn’t require the headphone wire to bend when plugged in. That said, some might find the placement odd, considering most other phones have the jack at the bottom. 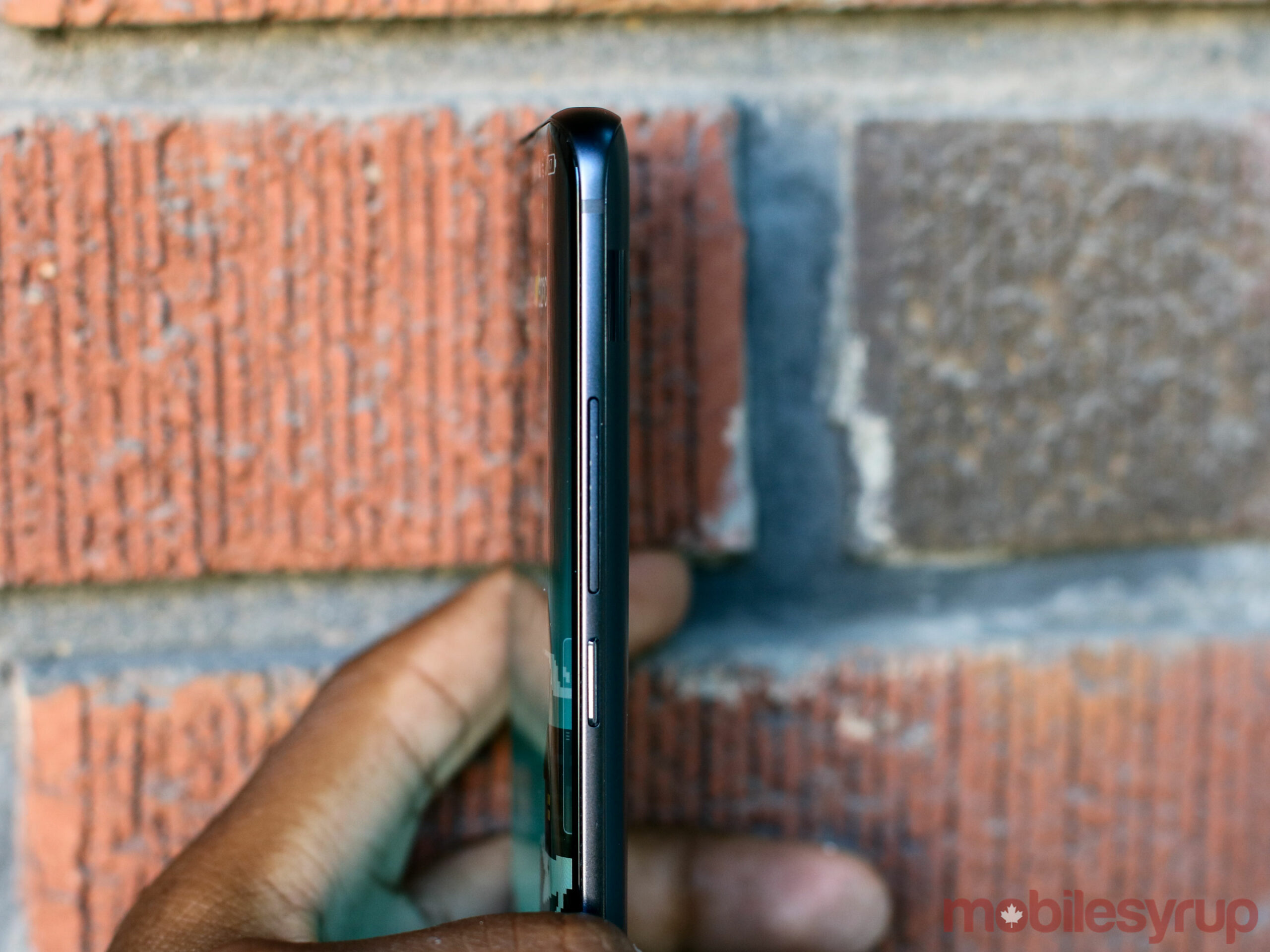 Also, at the top is an IR blaster and at the bottom, there’s a single speaker grill and USB-C port.

Where the display meets the aluminum frame isn’t smooth thanks to a bit of a sharp edge, and while I’ve seen complaints from other reviewers, it’s not too noticeable. Flipping the phone over to the back shows the TCL branding and four camera sensors flanked by two LED lights. What’s nice is that the camera module is entirely smooth, giving the phone an elegant aesthetic.

Additionally, the back of the handset sports a frosted material similar to the P40 Pro, making it challenging to smudge or get fingerprints on it. I also thought the 10 Pro fit perfectly in my hand and it felt great to hold because of its dimensions of 158.5 x 72.4 x 9.2mm, plus curved screen despite its barely sharp edges.

The TCL 10L, on the other hand, sports small bezels with a bit of a larger chin than the 10 Pro. Additionally, the phone offers a flat display screen with the aforementioned hole-punch camera cutout. The 10L also has the headphone jack at the top and dual stereo speakers at the bottom flanking the USB-C port. On the back, the handset offers the same four cameras with LED lights on either side, but the camera setup is a bit raised. There’s also a rear-facing fingerprint scanner on the back above the camera array.

Also, unlike the 10 Pro, the 10L features a reflective back that makes it easy to smudge and get fingerprints on.

Both phones feature a Smart Key button on the left side that lets users easily activate the Google Assistant. Some might complain that they accidentally activate the Assistant button on some devices, but during my time with both TCL handsets, this didn’t happen to me. You can also set the button to do other things like launch the camera, turn on the flashlight, take notes and more. 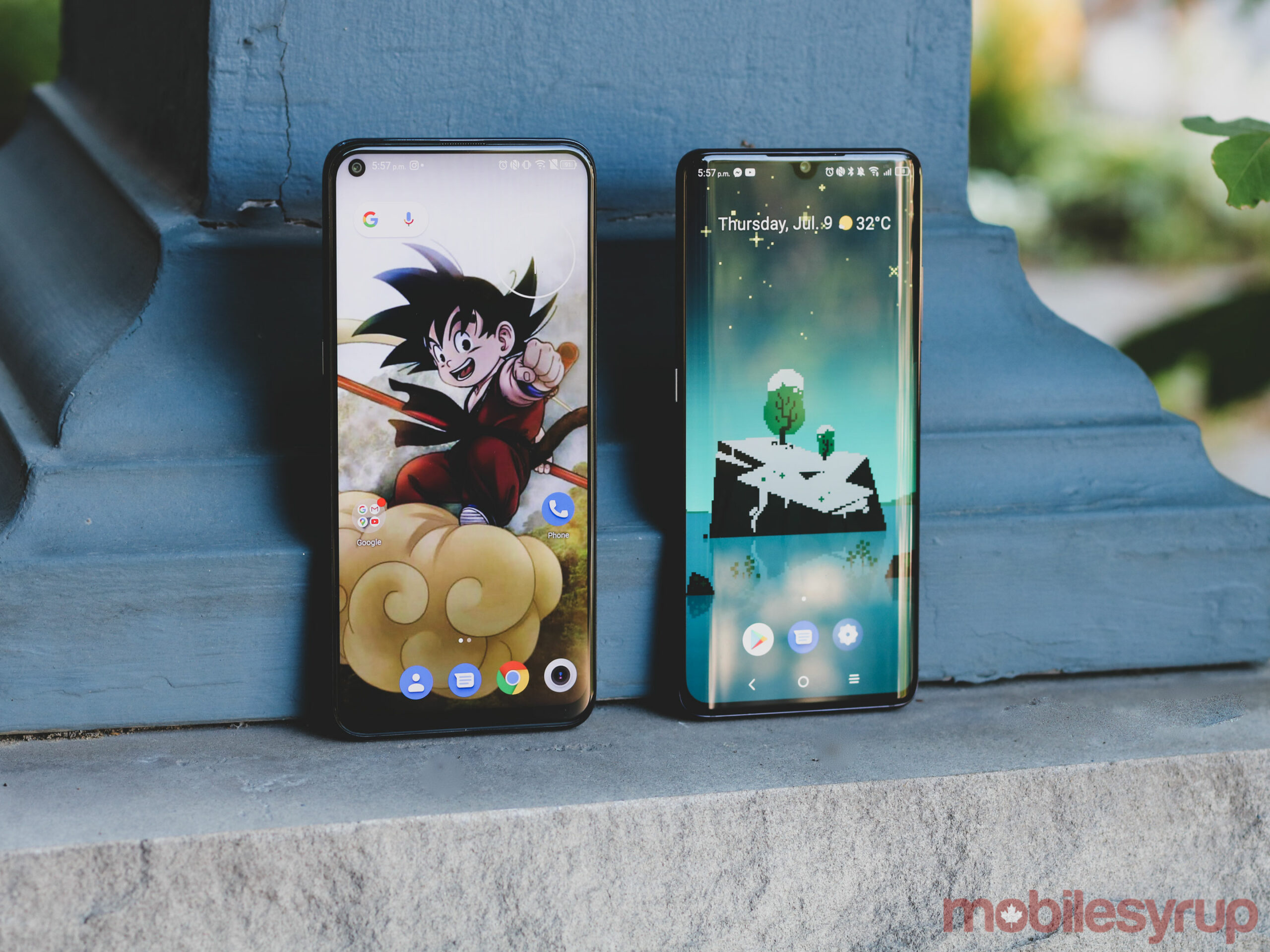 Both TCL handsets offer NXTVision screen technology, which brings HDR to their displays. High dynamic-range makes highlights brighter, shadows darker and increases the overall contrast of the screen. I find that the NXTVision display makes the screen a tad oversaturated, and I’m not really a fan of using it all the time. You can turn off this functionality, thankfully.

However, where NXTVision shines is when you’re consuming content. Turning it on while I watched animal documentaries on Netflix made the scene more vibrant and the colours pop, enhancing the viewing experience. With the aforementioned Smart Key, you can set it to turn on NXTVision, which is what I do.

The TCL 10 Pro features a 6.47-inch 1080 x 2340 pixel resolution curved AMOLED panel. The smartphone is also one of the few handsets that support HDR10 with Netflix. I am always a fan of curved displays, as I feel that the slope provides a more immersive experience, given it brings the screen closer to your eyes.

I’ve also heard complaints about accidental screen touches, but this isn’t something I experienced.

The TCL 10 Pro features an Edge Bar similar to Samsung’s Edge Panel. The bar offers easily accessible apps, contacts and even a ruler. 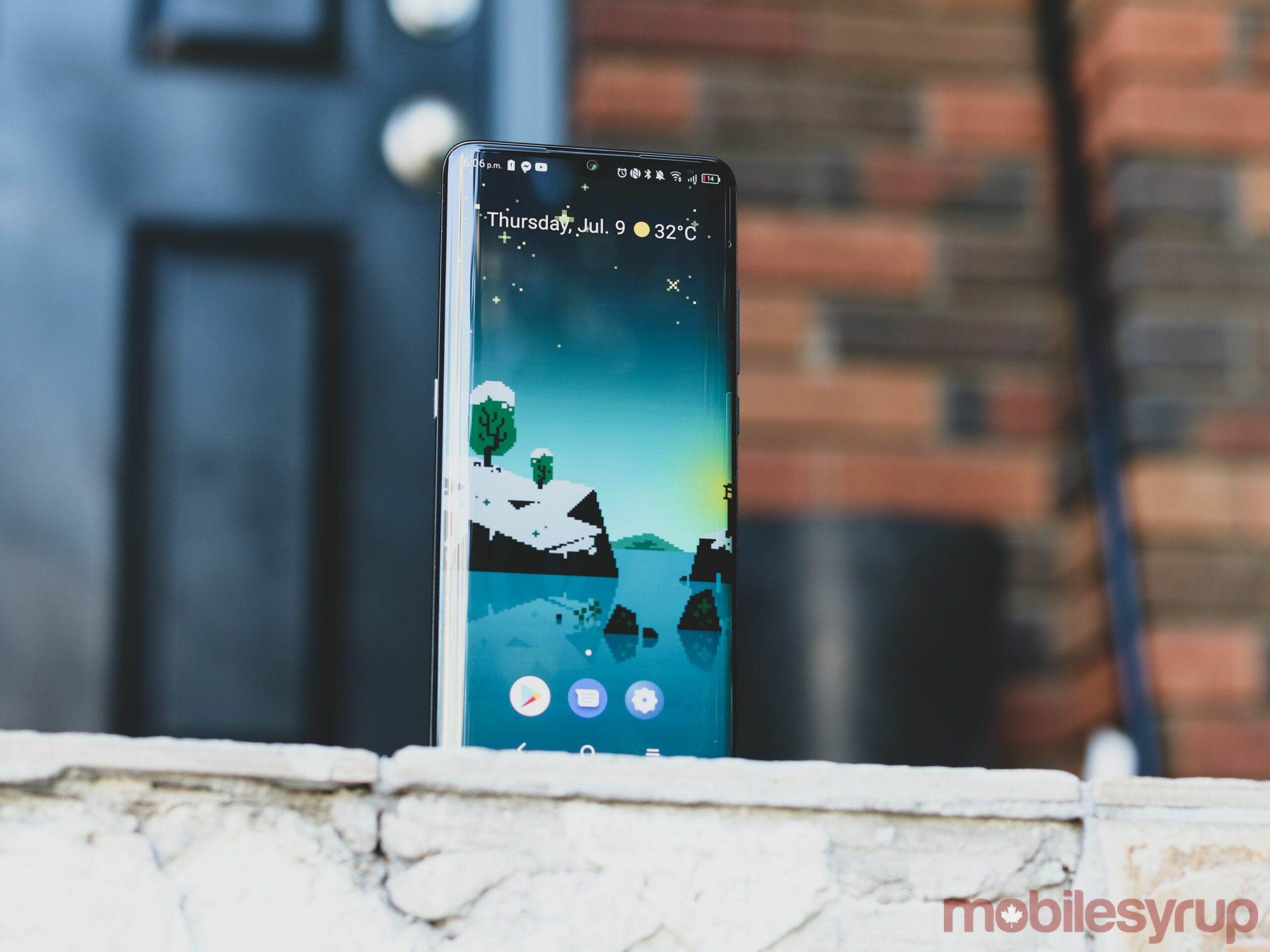 The TCL 10L’s 6.53-inch 1080 x 2340 pixel resolution display is flat, which means it doesn’t offer the same immersive experience as the 10 Pro, though some users might prefer its flatter edges. It also features an LCD screen and, therefore, its colours are less accurate and its blacks aren’t as deep compared to the OLED featured in the TCL 10 Pro.

When holding the two phones beside one another, you can clearly see the difference in colour accuracy and blacks, with the TCL 10 Pro being preferable. I didn’t mind watching Netflix or YouTube videos on either device, but due to my curved screen preference, I definitely enjoyed the 10 Pro more.

In comparison to other smartphones, the TCL 10 Pro’s display is similar to the Galaxy A71. The A71’s screen is bigger, so that helps with the viewing experience, but it lacks the curved screen.

I wish that the TCL 10 Pro featured at least a 90Hz refresh rate, but considering the device is technically a mid-range smartphone, this shortcoming is forgivable. 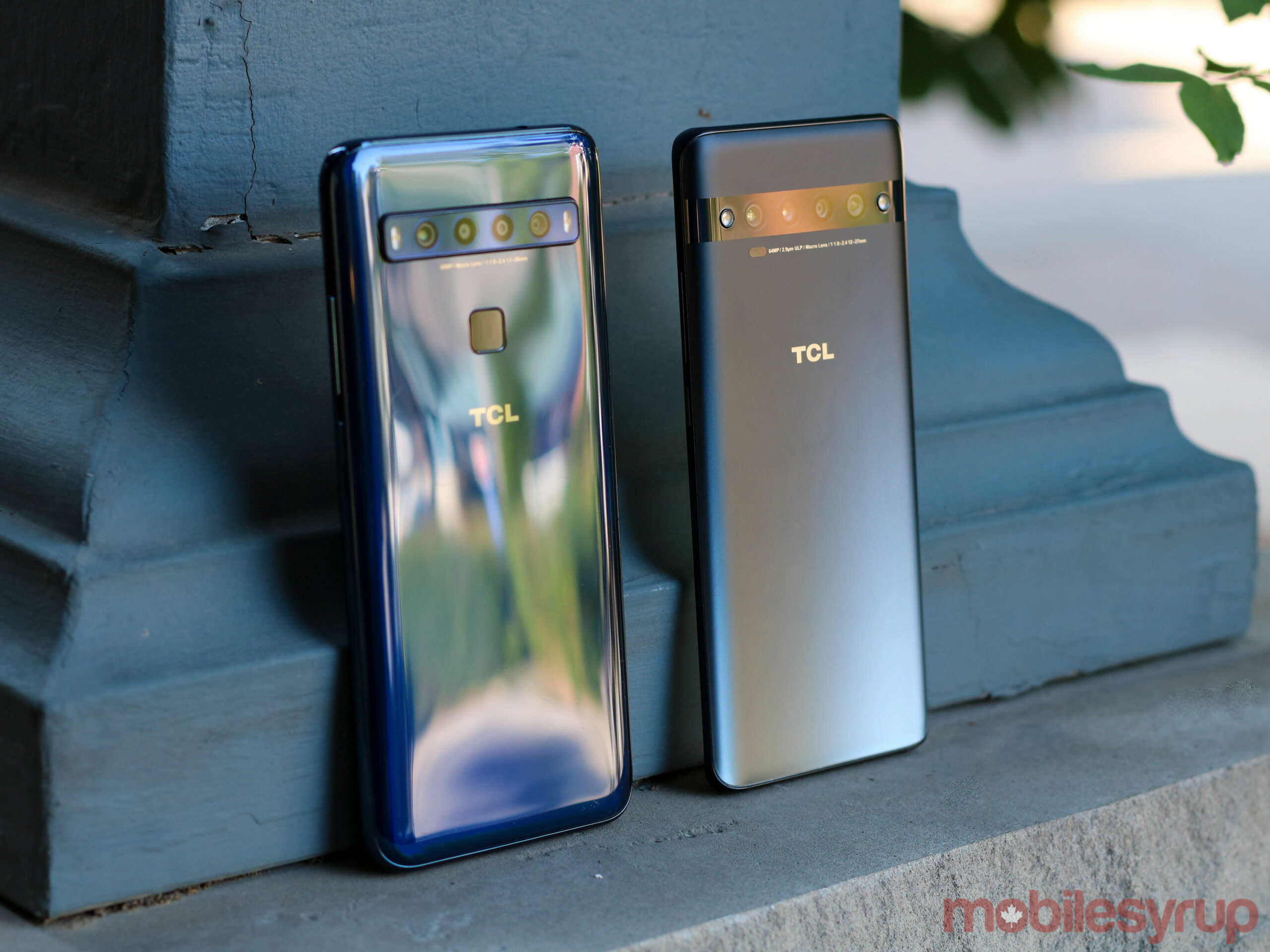 The TCL 10 Pro sports a Qualcomm Snapdragon 675 mid-range processor with 6GB of RAM. Like other phones with similar chips, the 10 Pro runs smoothly. I didn’t experience any hiccups in terms of performance, and there wasn’t lag when typing or scrolling through webpages or the app drawer.

Regarding memory, I haven’t noticed any issues with apps closing, and re-opening apps are painless and quick.

Oddly enough, there was a speed issue when it came to unlocking the device. I thought the optical in-display fingerprint scanner was noticeably slower than it is on other devices like the OnePlus 7 Pro and Huawei P30 Pro.

What’s keeping this phone alive throughout the day is its sizeable 4,500mAh battery. The cell has no issue making it through a day, and I found I only needed to charge the device around noon the following day. The handset lacks wireless charging though and only comes with a 9V charger. This is disappointing because I’ve gotten used to quicker charging with most other smartphones I use.

The TCL 10L, on the other hand, sports a Qualcomm Snapdragon 665 chipset, which isn’t as powerful as the 675 processor. Although the difference in speed shouldn’t be noticeable, I experienced lag when trying to swap between apps and, on the rare occasion, freezing.

This issue isn’t common and a restart or even closing some apps mitigates the problem.

In terms of battery, the TCL 10L’s 4,000mAh cell can also survive a single day, with the phone only needing to be charged in the morning.

Both handsets use TCL UI, which I like quite a bit because it’s simple to use and aesthetically pleasing.

There are some weird features like being able to manage your app library by icon colour. TCL’s take on system navigation is a bit weird and is similar to Samsung’s old version gesture navigation where you swipe from the bottom to activate recent apps and to go back (on the TCL Pro you can swipe from the side to go back to your last page like other Android 10 devices). But otherwise, TCL UI is a lot better and more intuitive than several other Android UIs out there, including LG’s, for example. 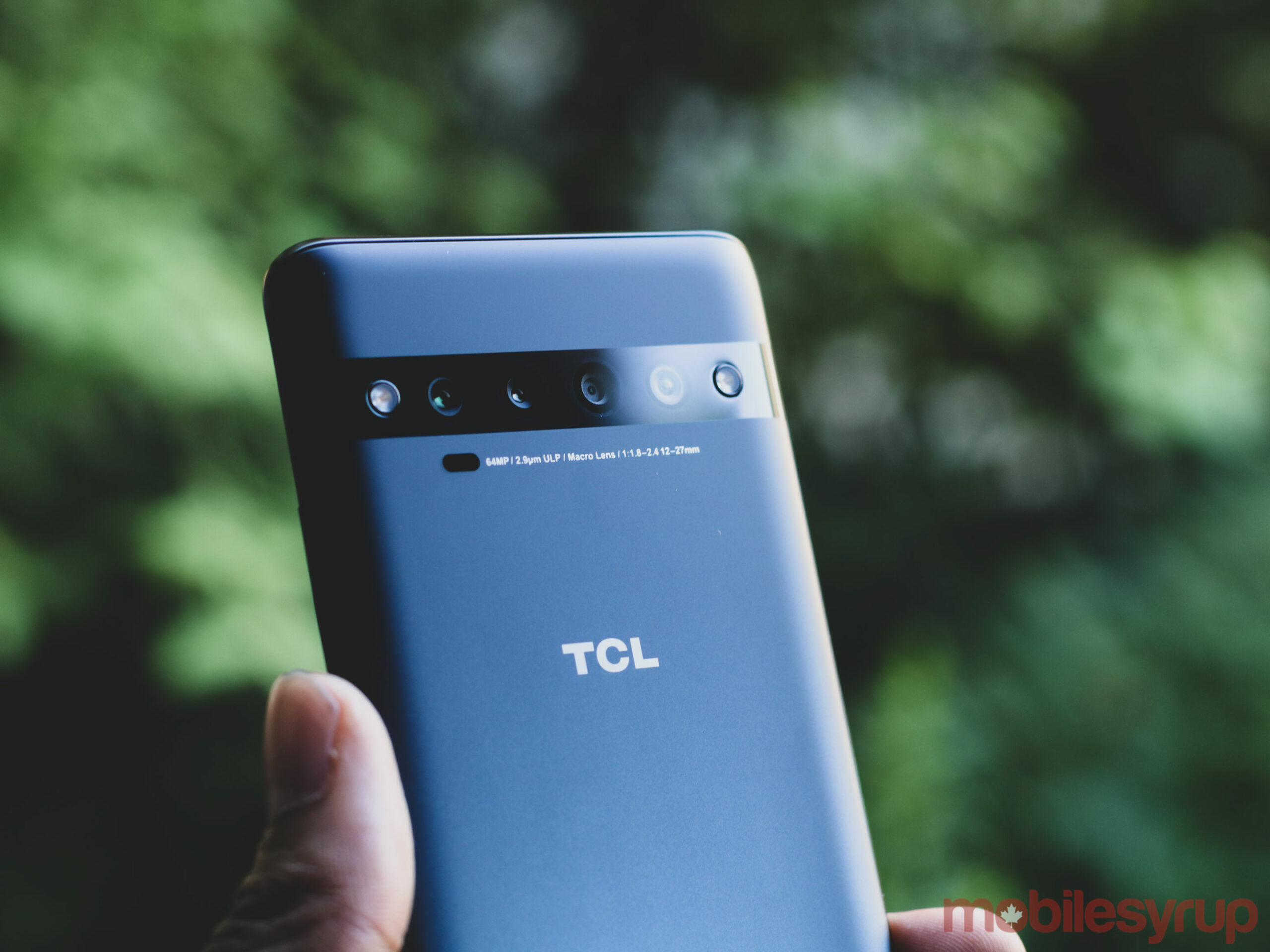 In regular lighting, the TCL 10 Pro’s pictures are a bit washed out and undersaturated.

Similar to other phones from Samsung, LG and Huawei, the handset features a scene optimizer. If the device can recognize the scene, it’ll make the sky bluer, the grass greener and flowers more vibrant. I think the smartphone’s scene optimizer is helpful because without it, colours seem inaccurate and not true-to-life. 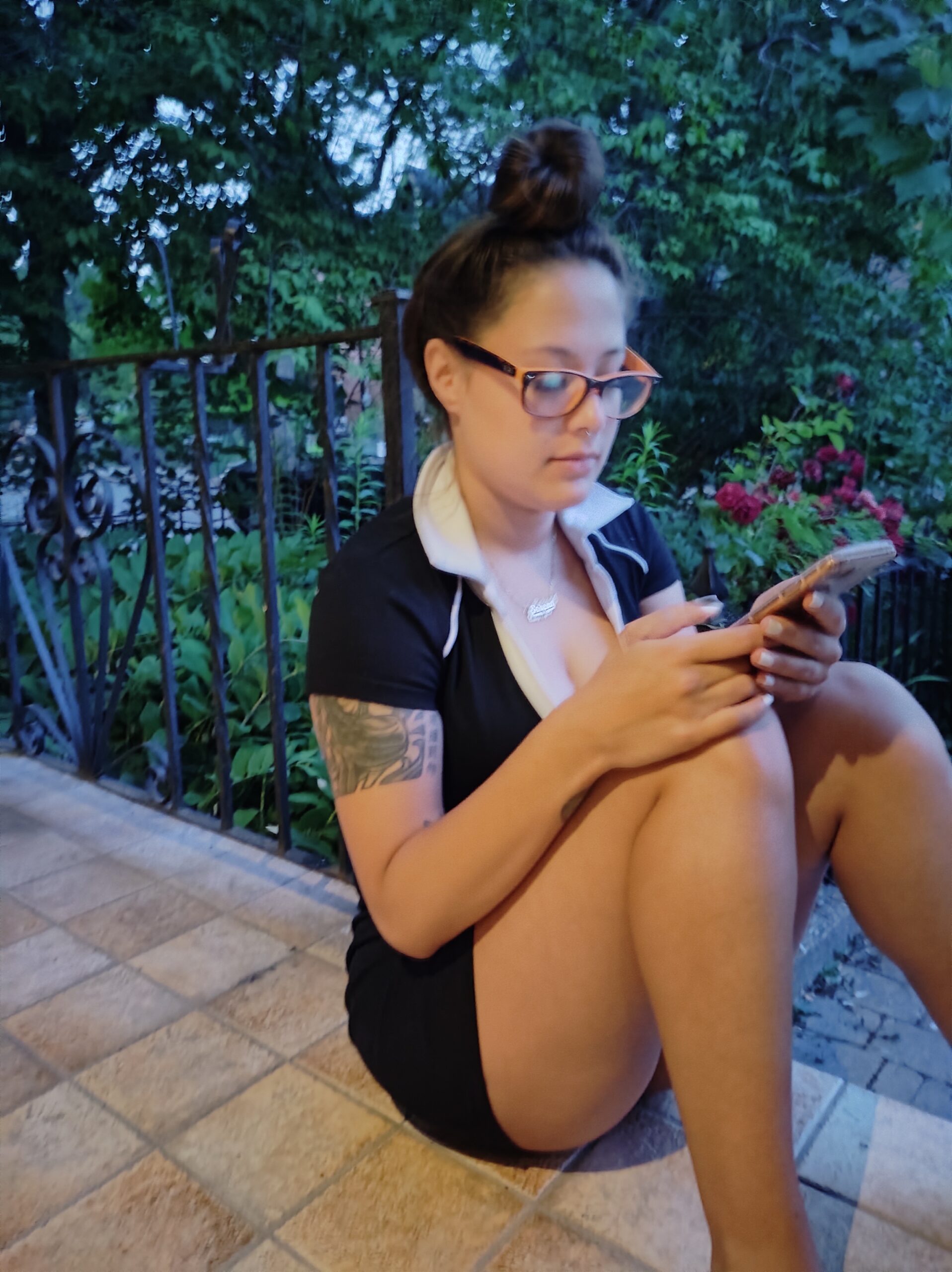 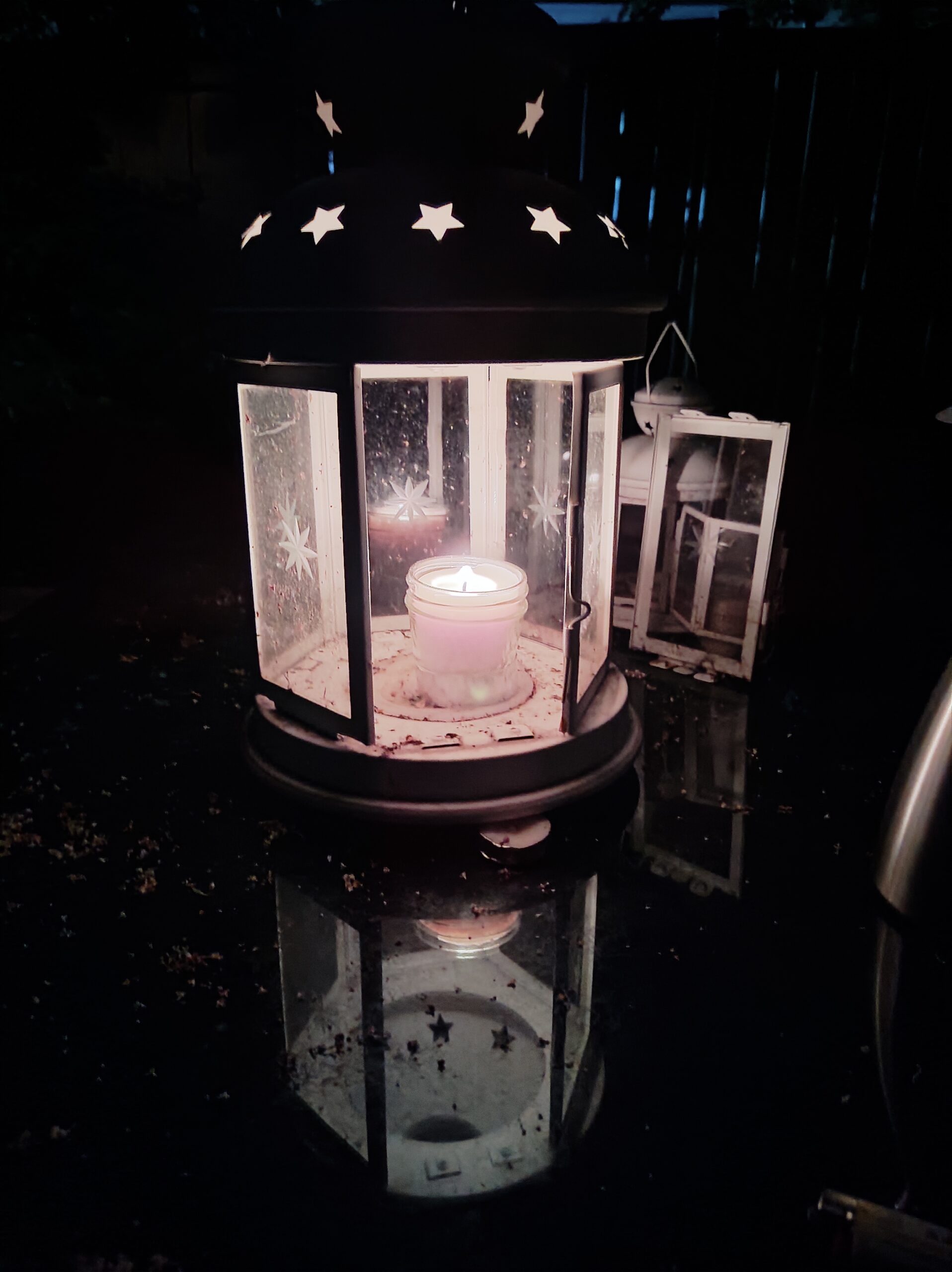 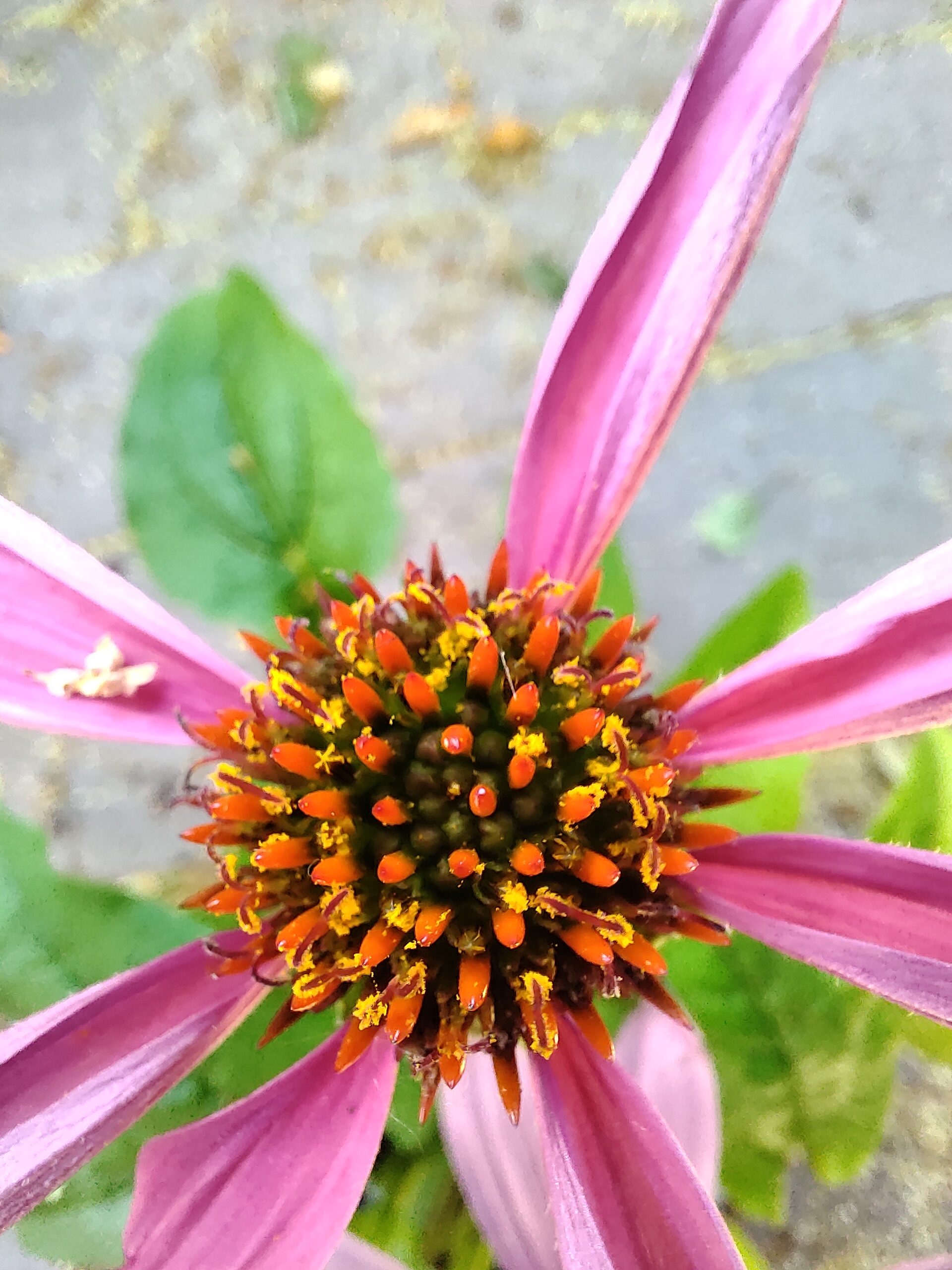 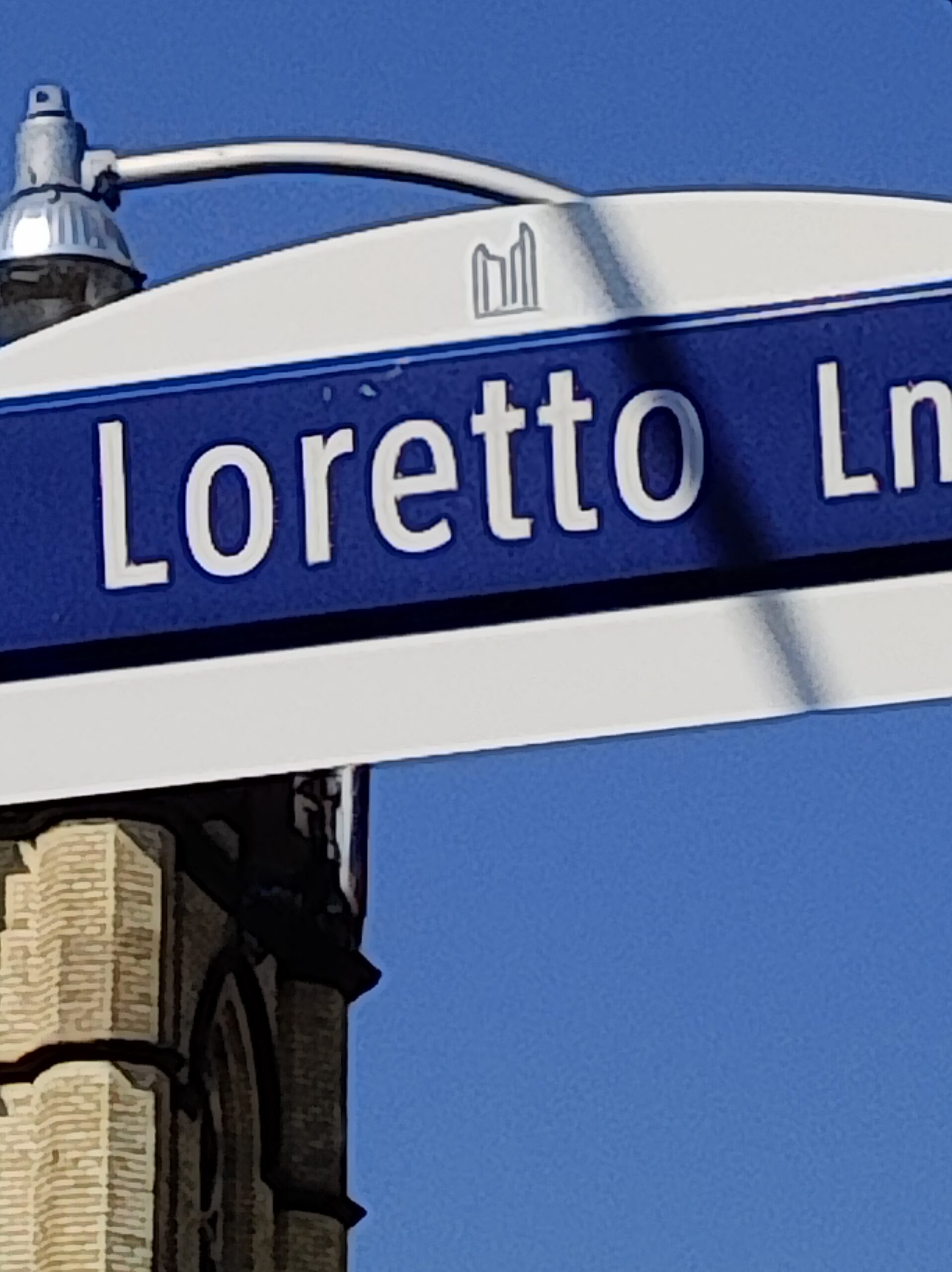 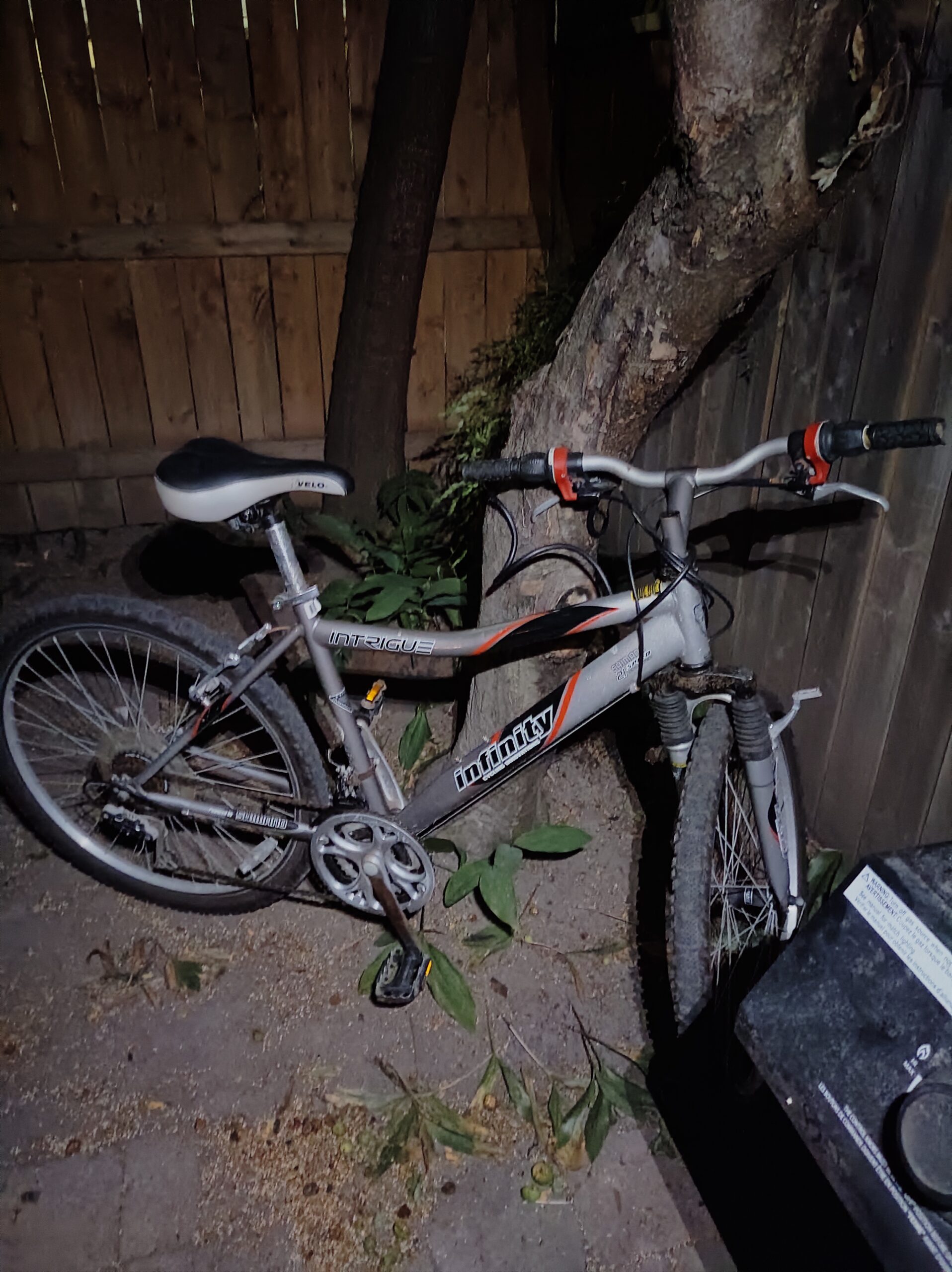 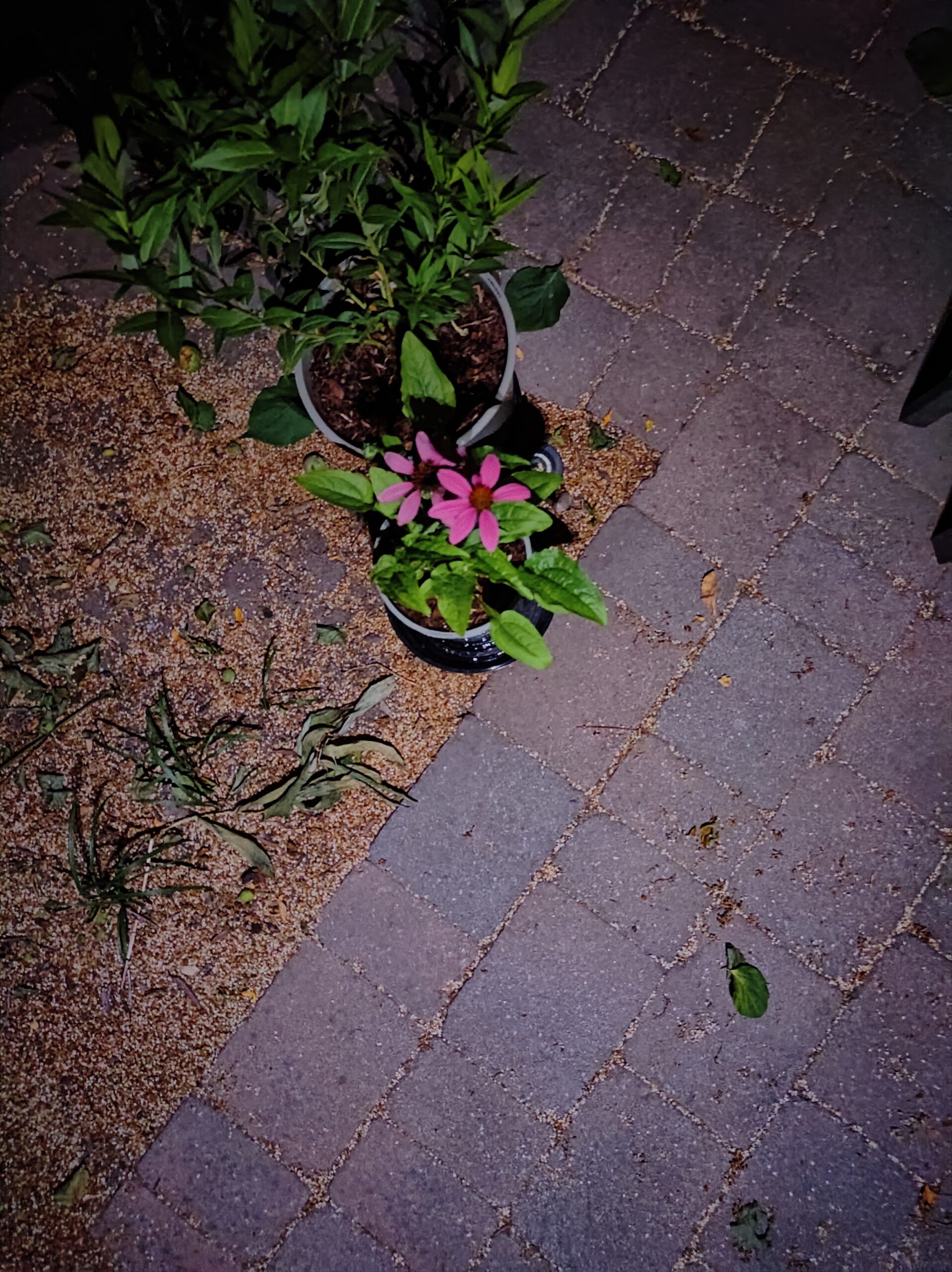 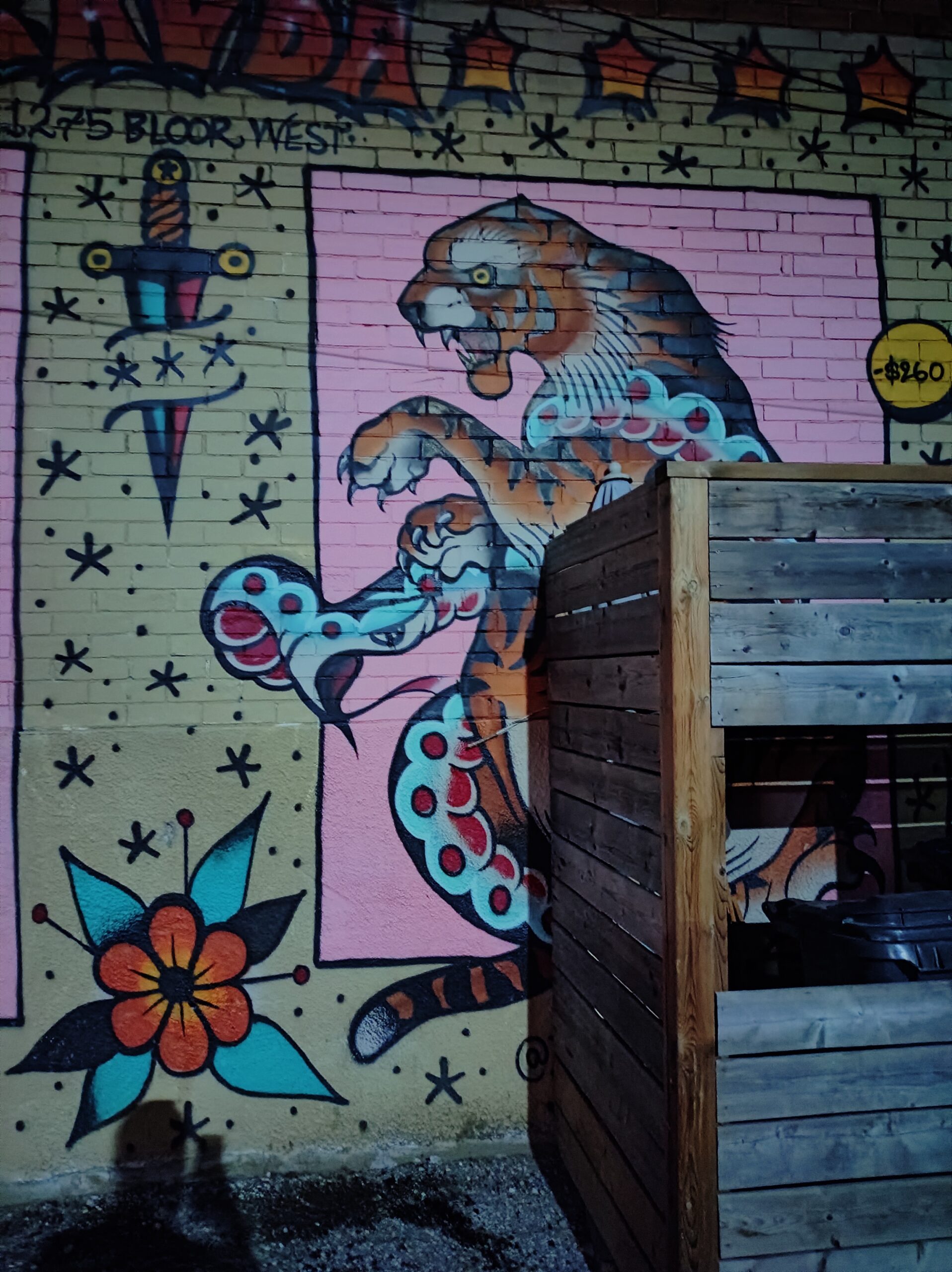 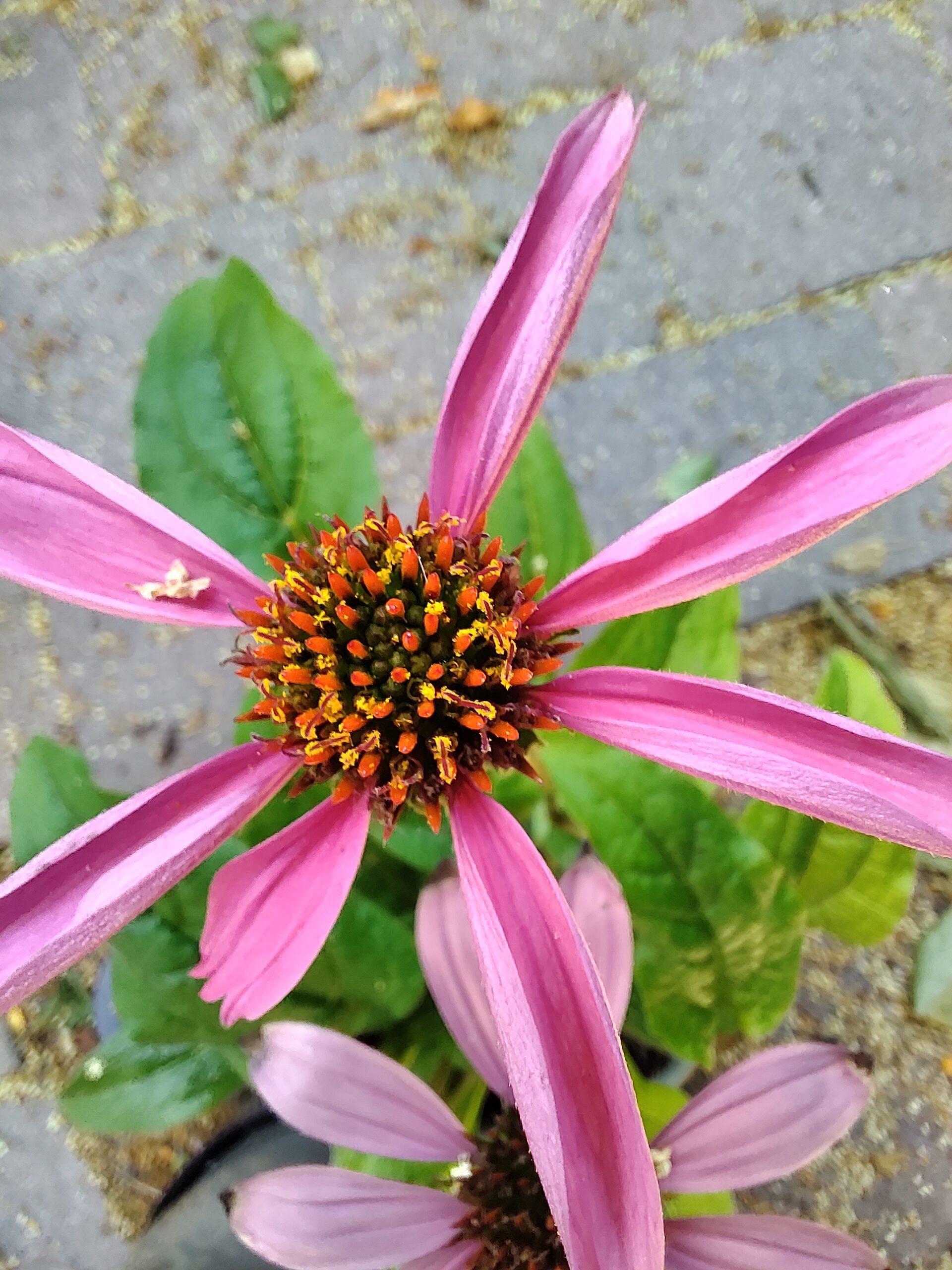 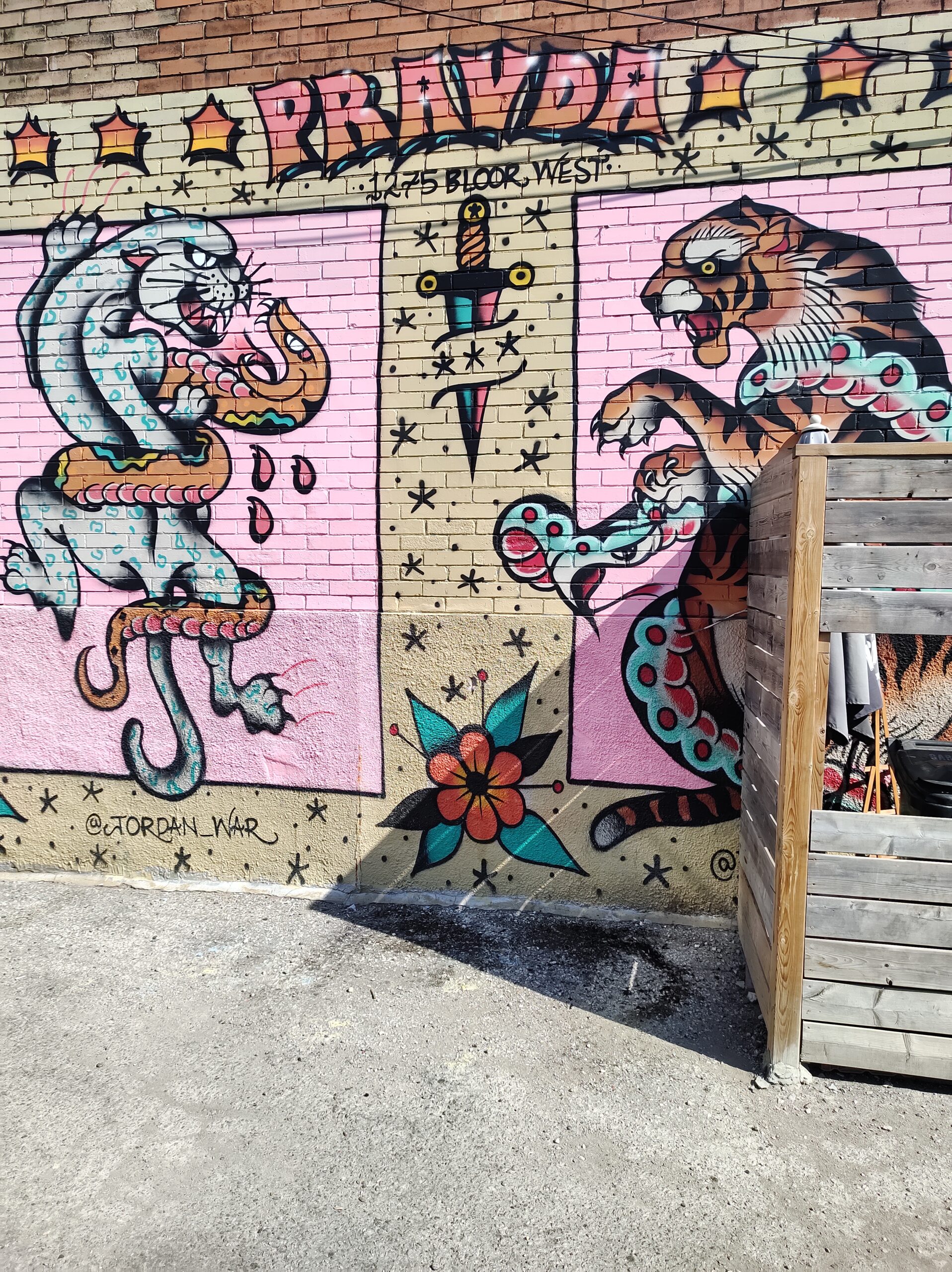 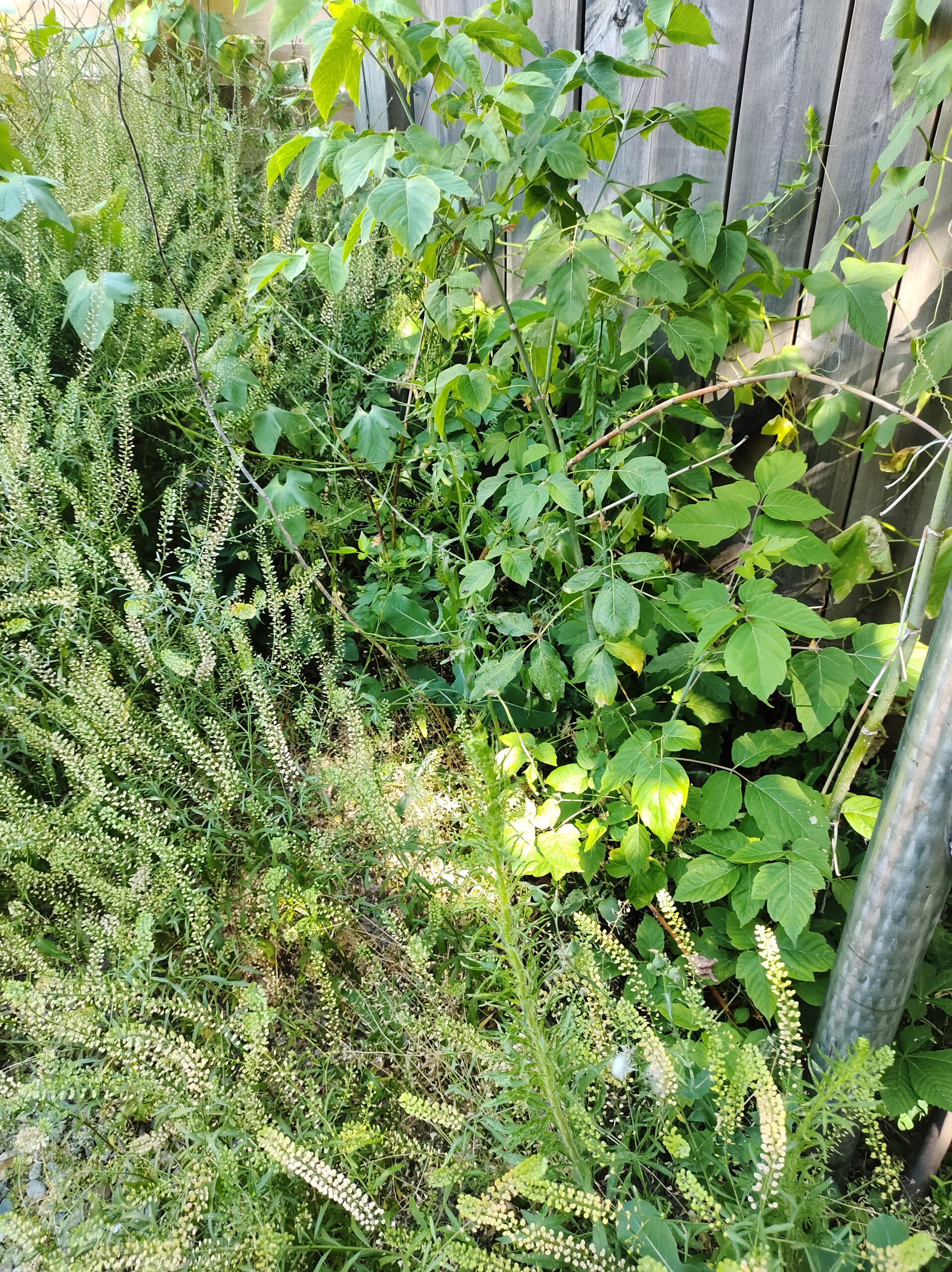 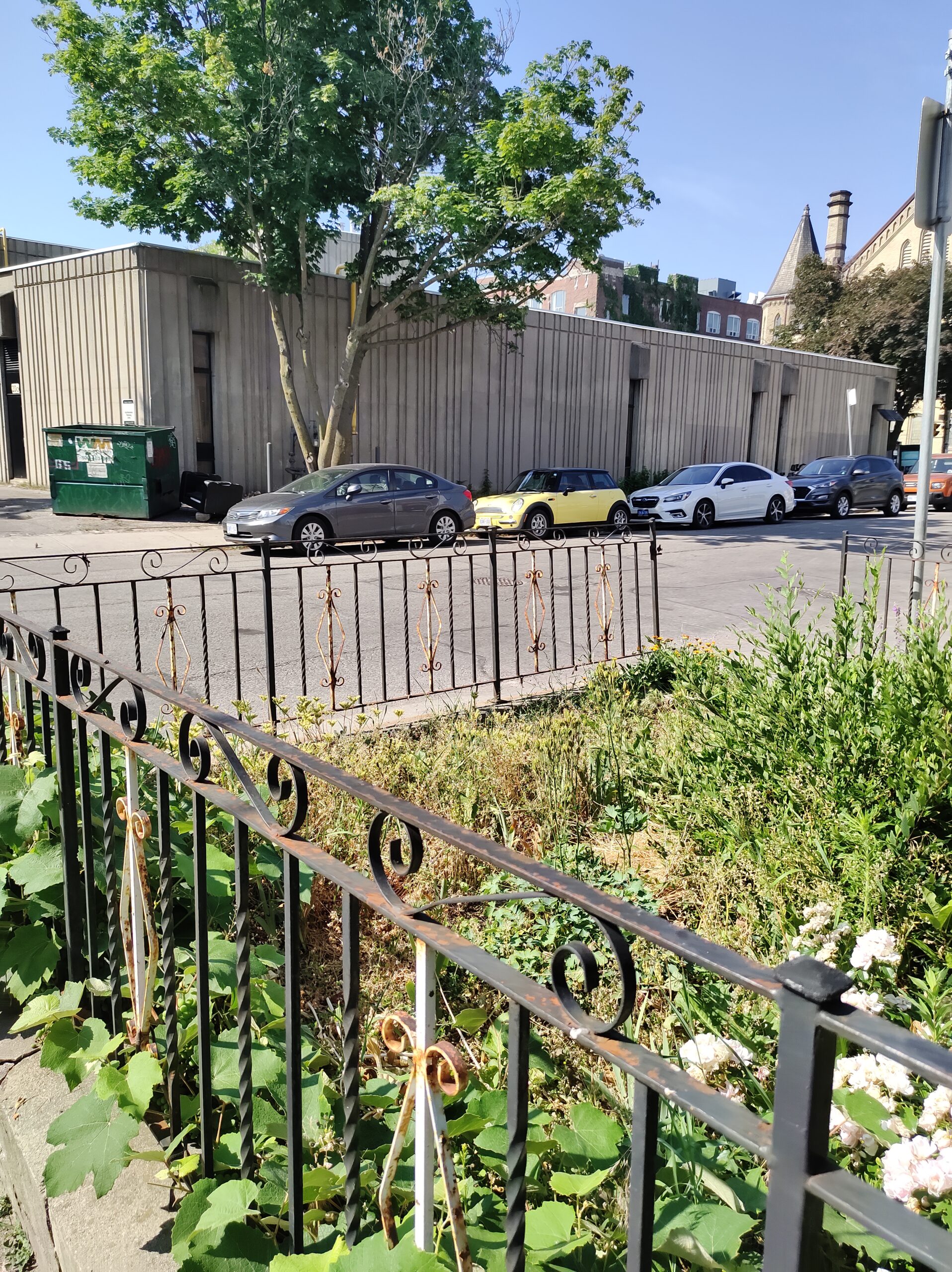 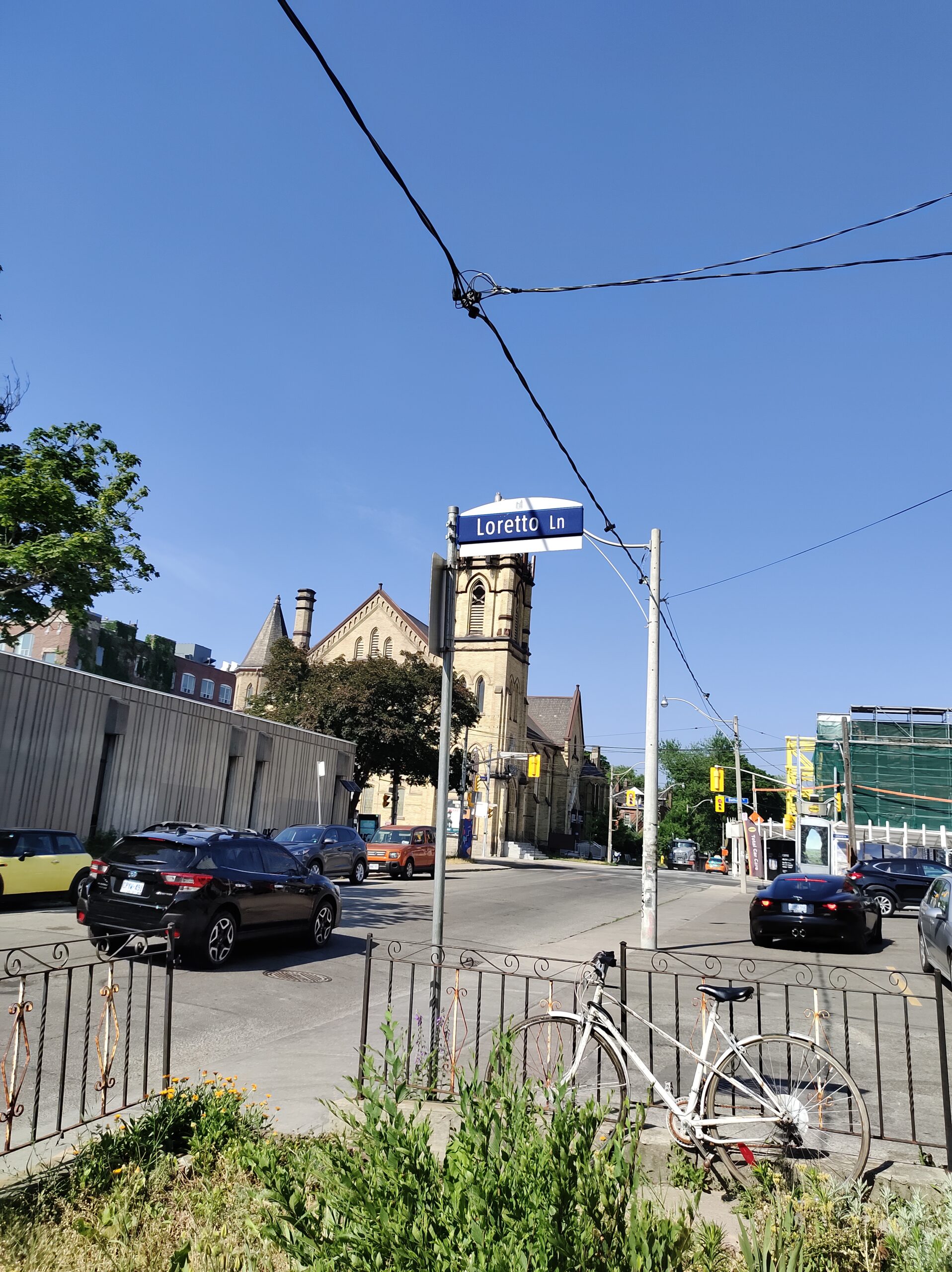 Additionally, if there’s a significant amount of detail in the image, like a tree with a lot of leaves, the handset will try to over sharpen the photograph. LG’s smartphones do this as well, and it’s not great.

Portrait pictures are good as the phone’s dedicated depth sensor goes to work to make sure there’s a definite sense of bokeh, while the macro camera does a decent job of capturing detail when taking close-up shots. 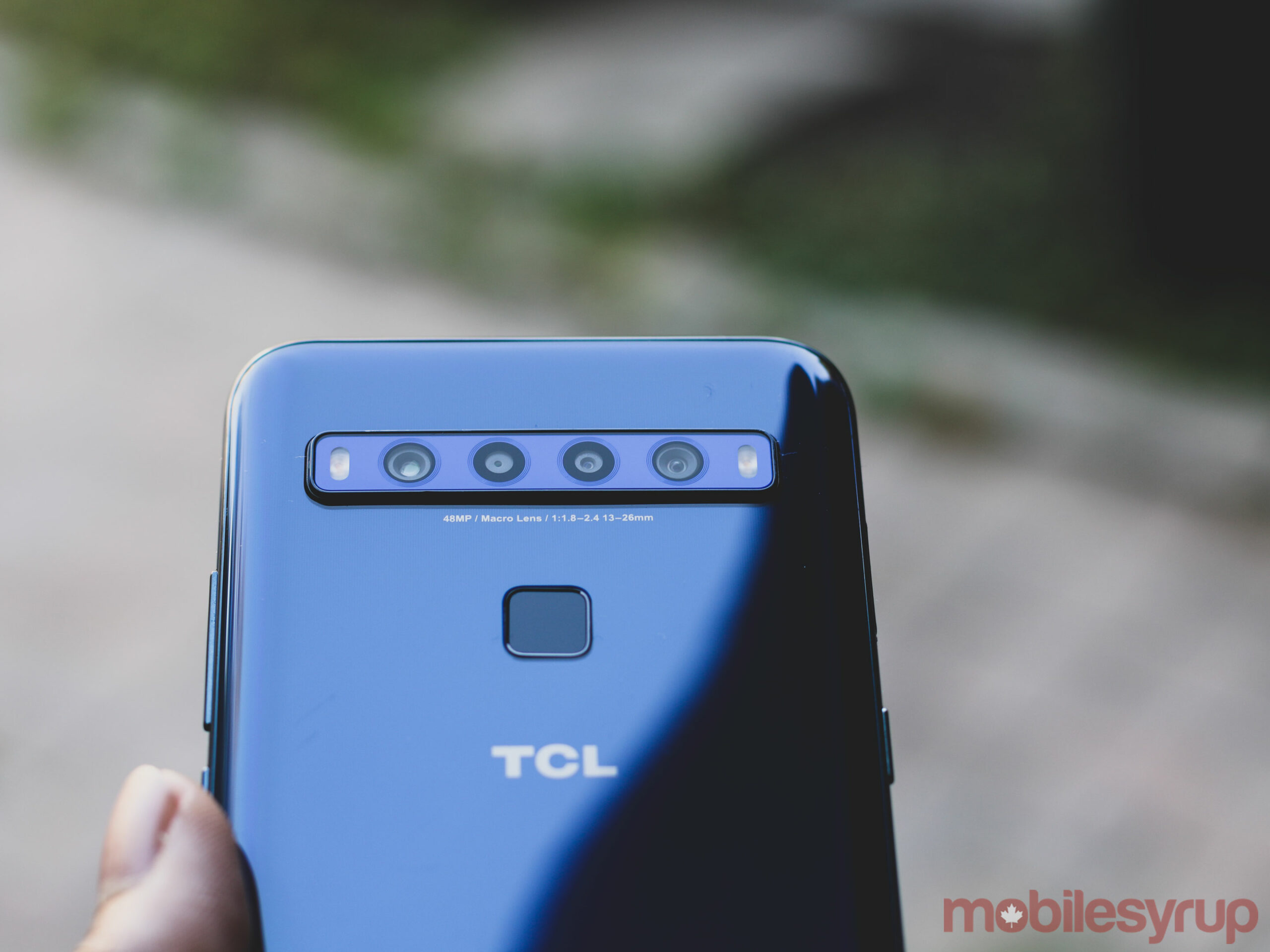 For low-light, the TCL 10 Pro offers a ‘Super Night’ mode, but it pales in comparison to other smartphones like the Pixel 3a and the Samsung Galaxy A71. Images are oversaturated, colours are inaccurate with a slight green tone, and even when aided with light, photographs are still noisy. 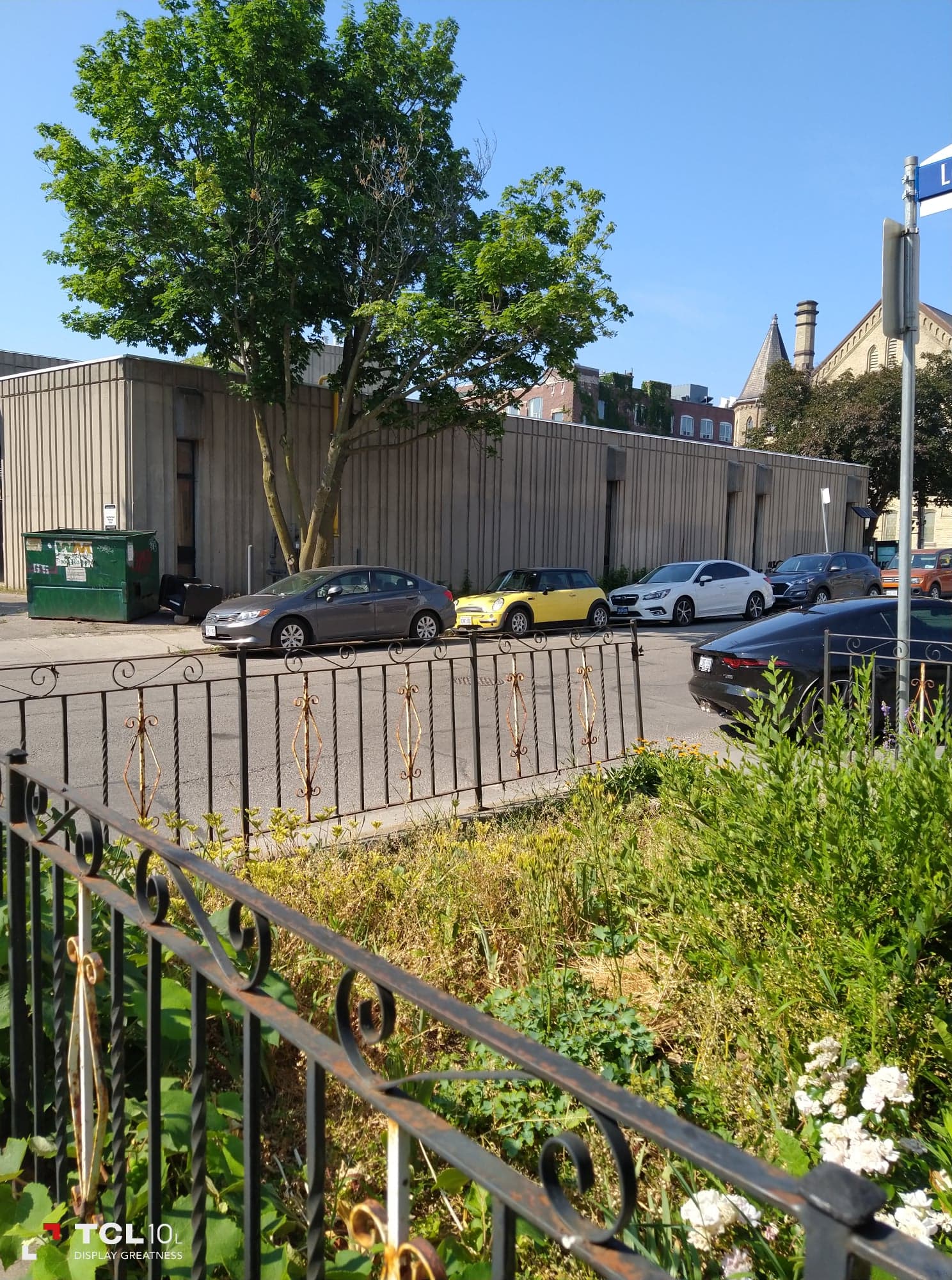 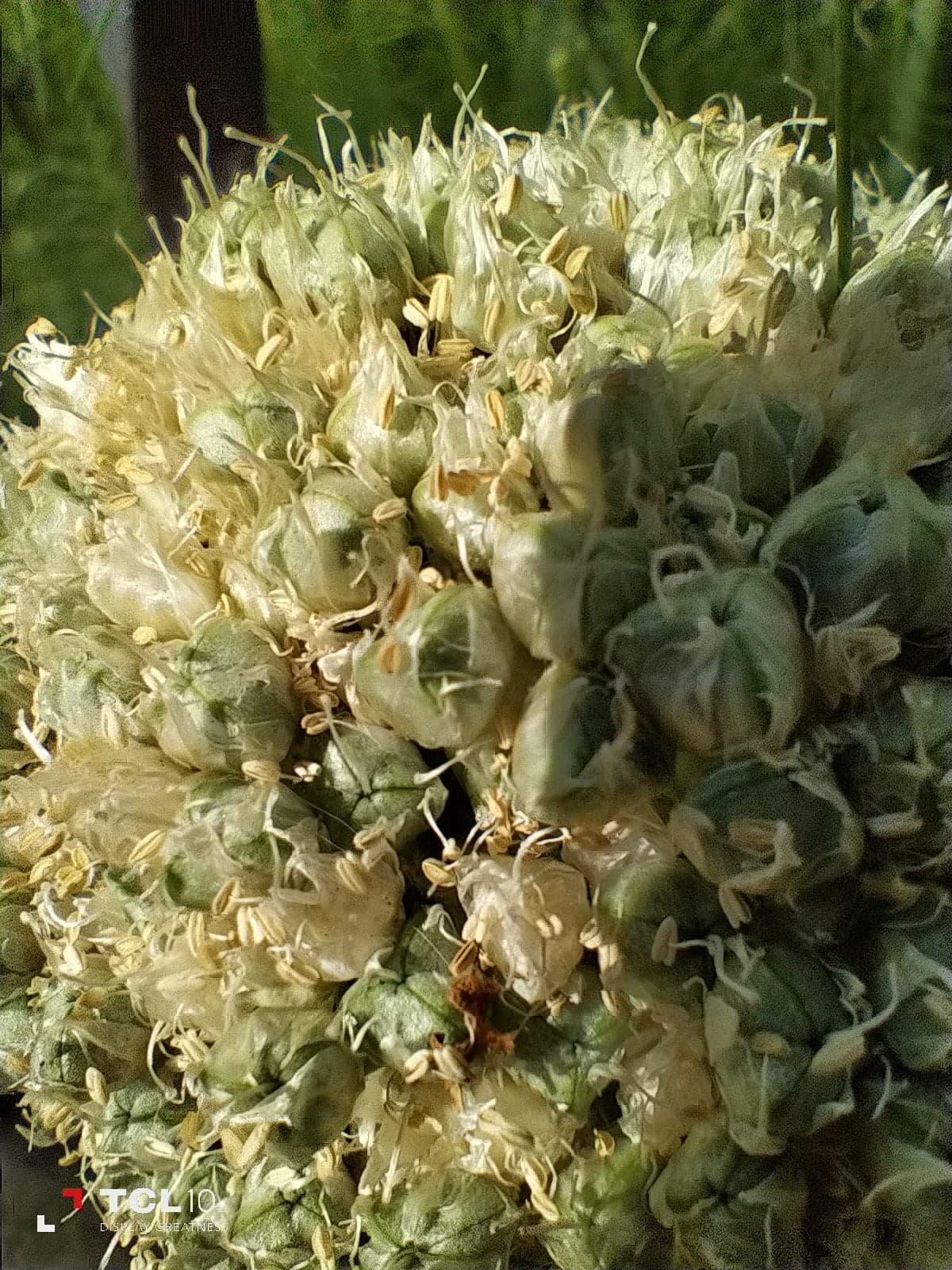 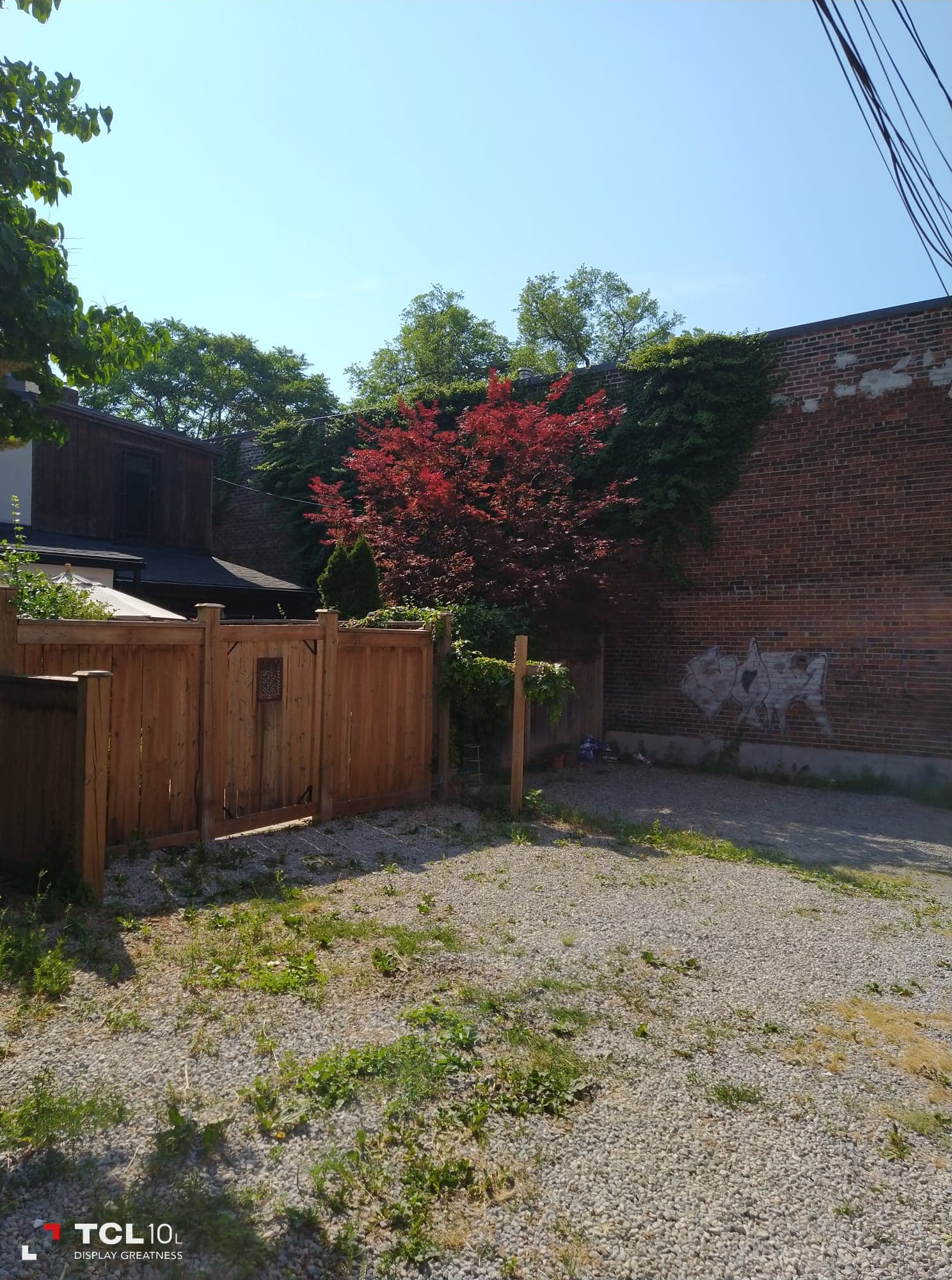 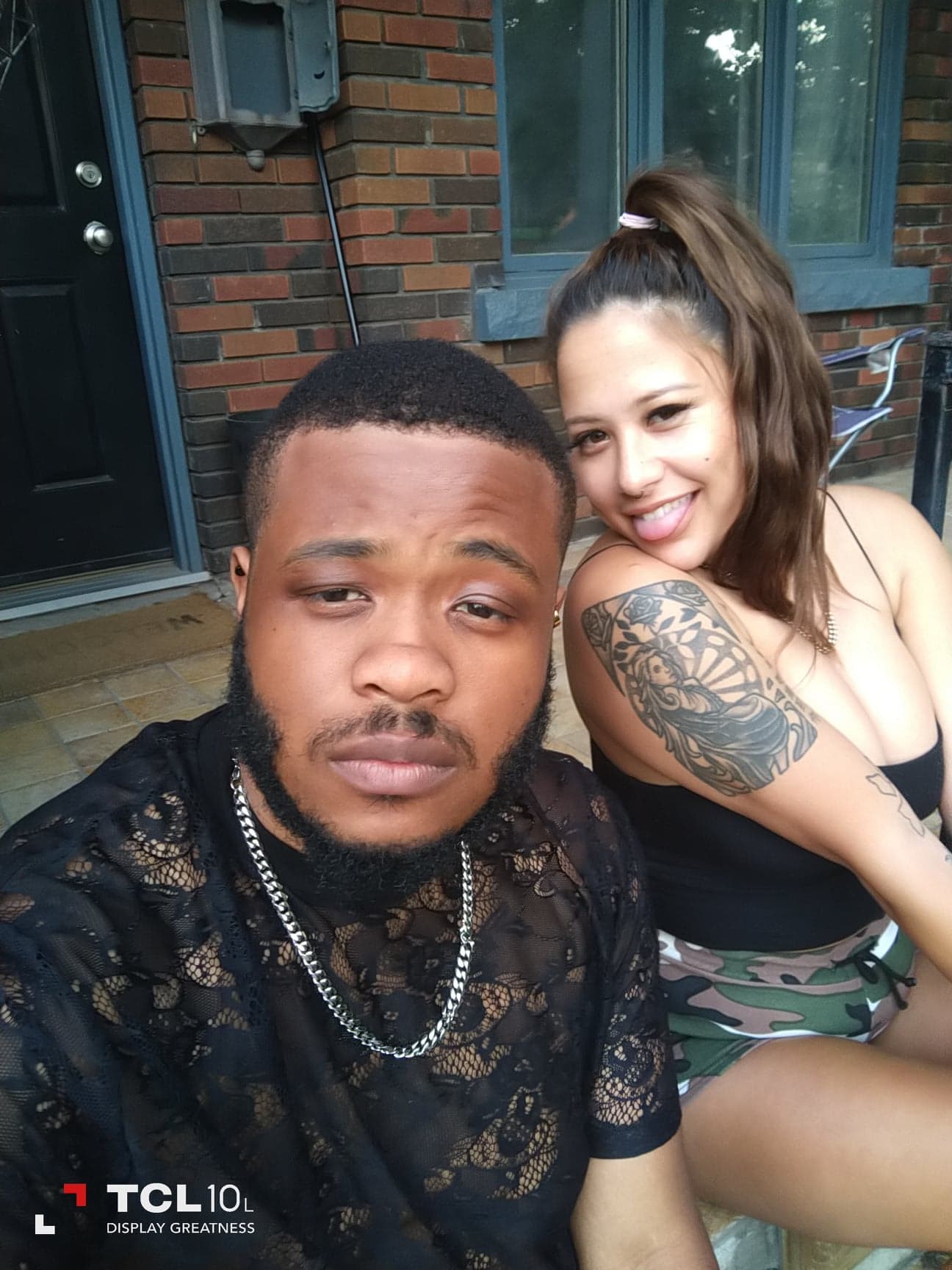 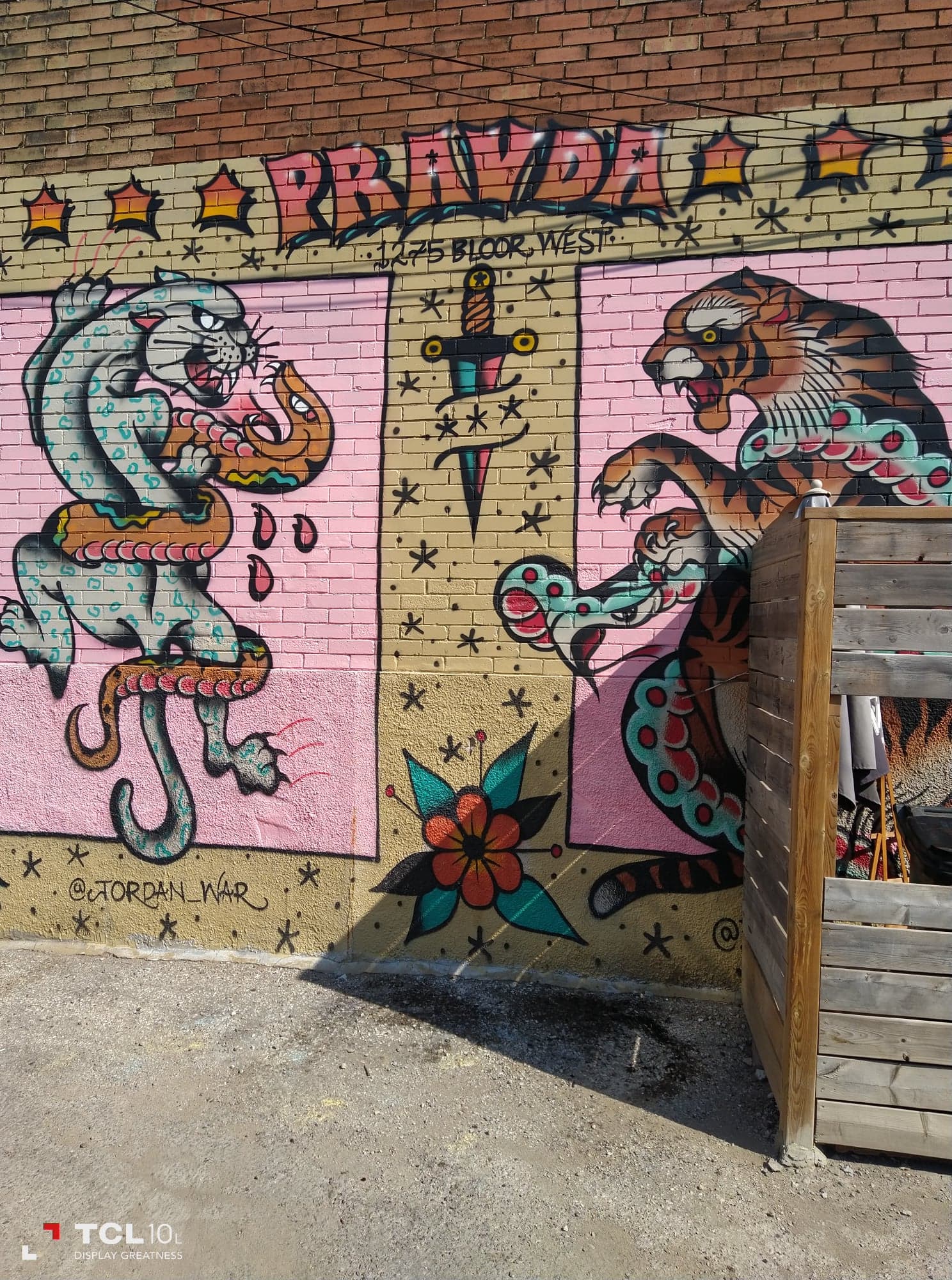 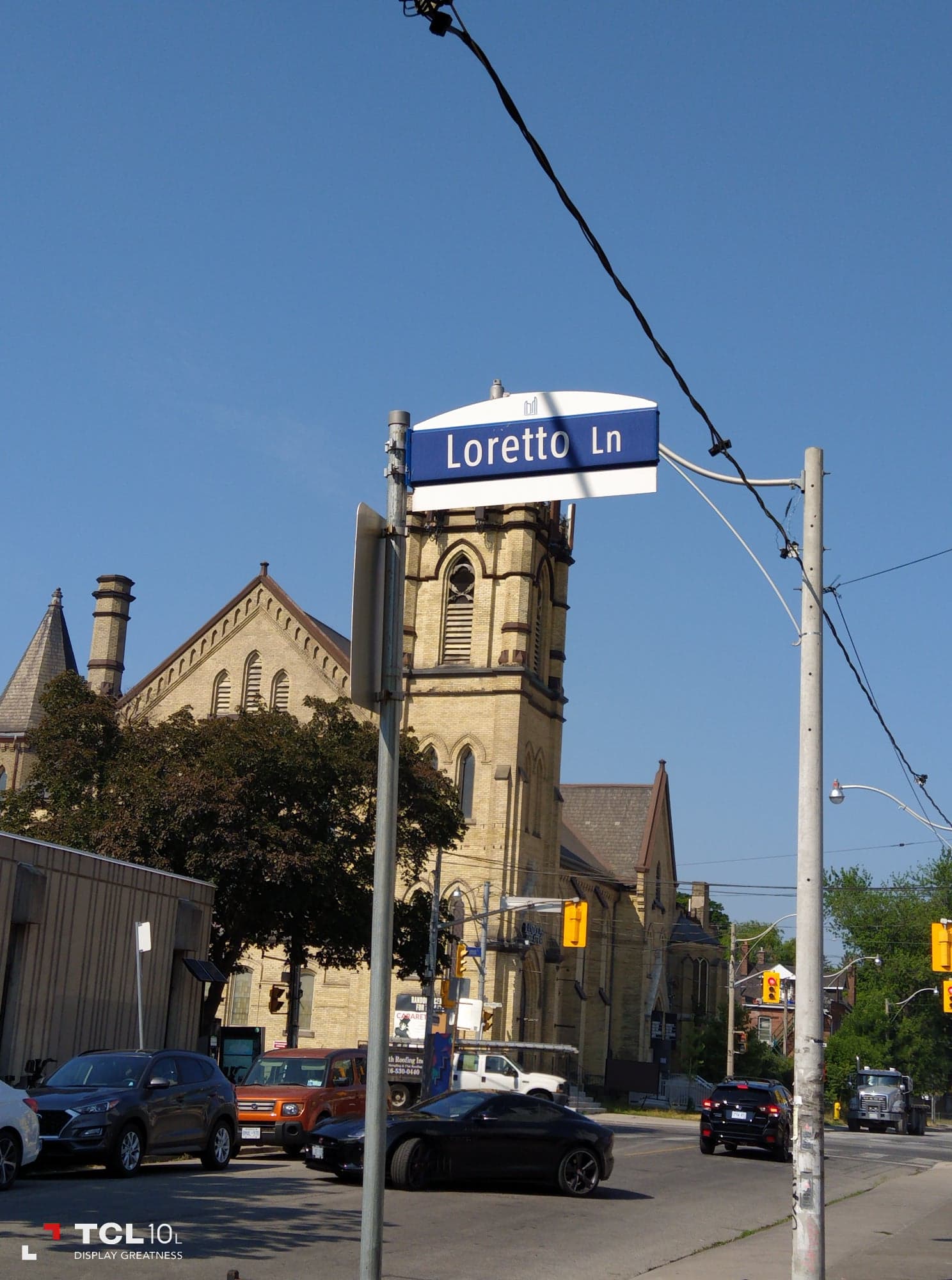 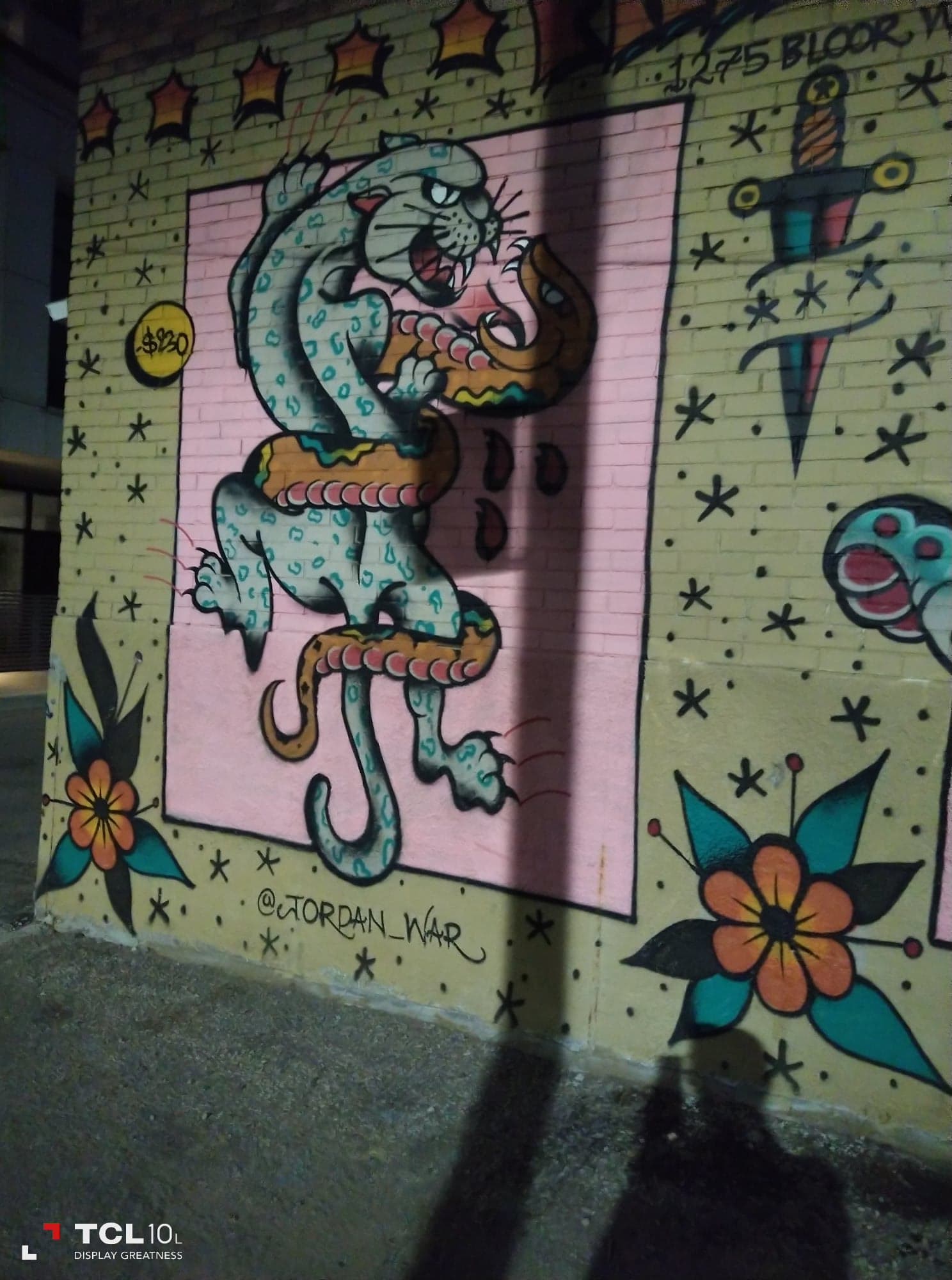 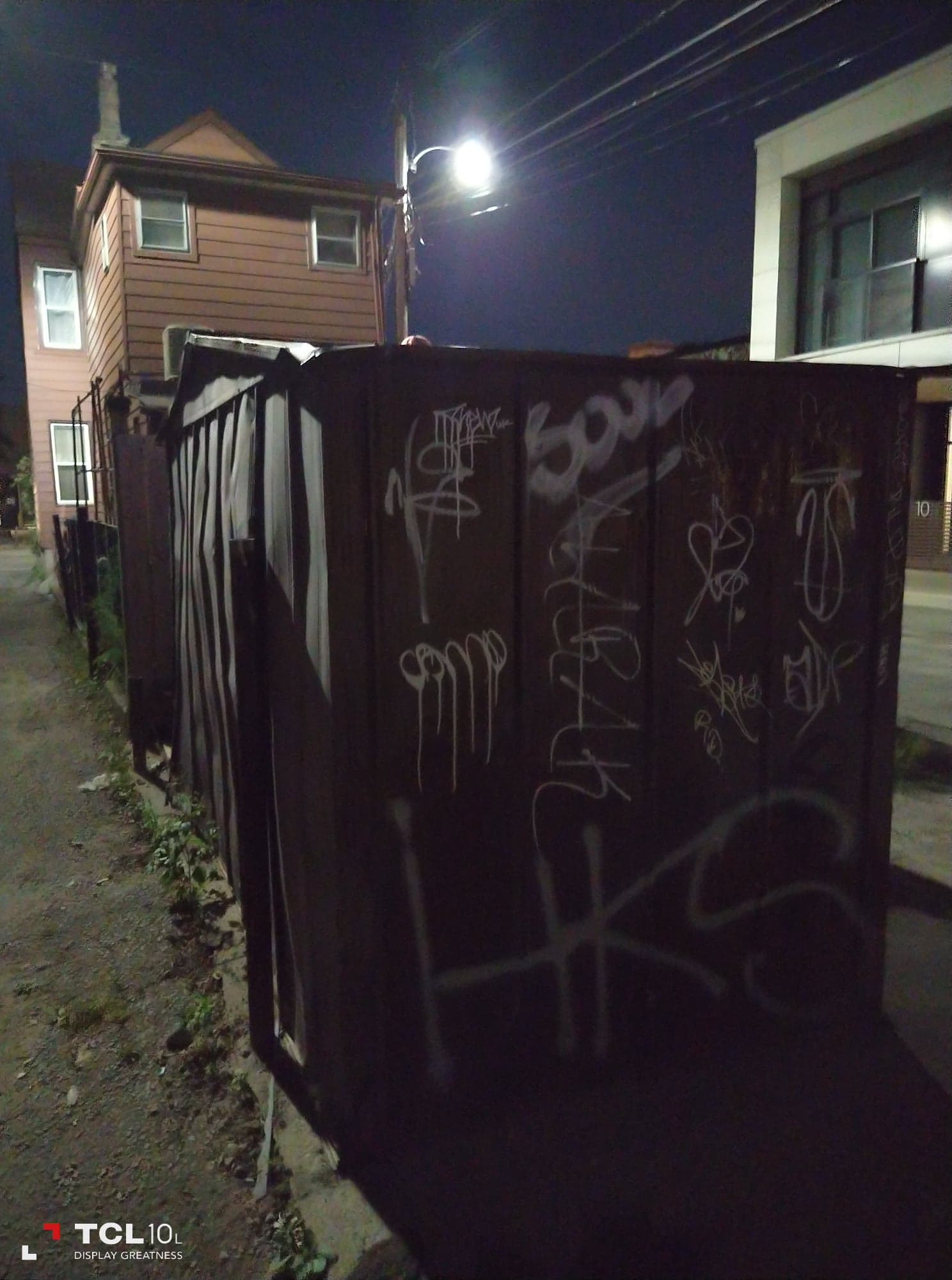 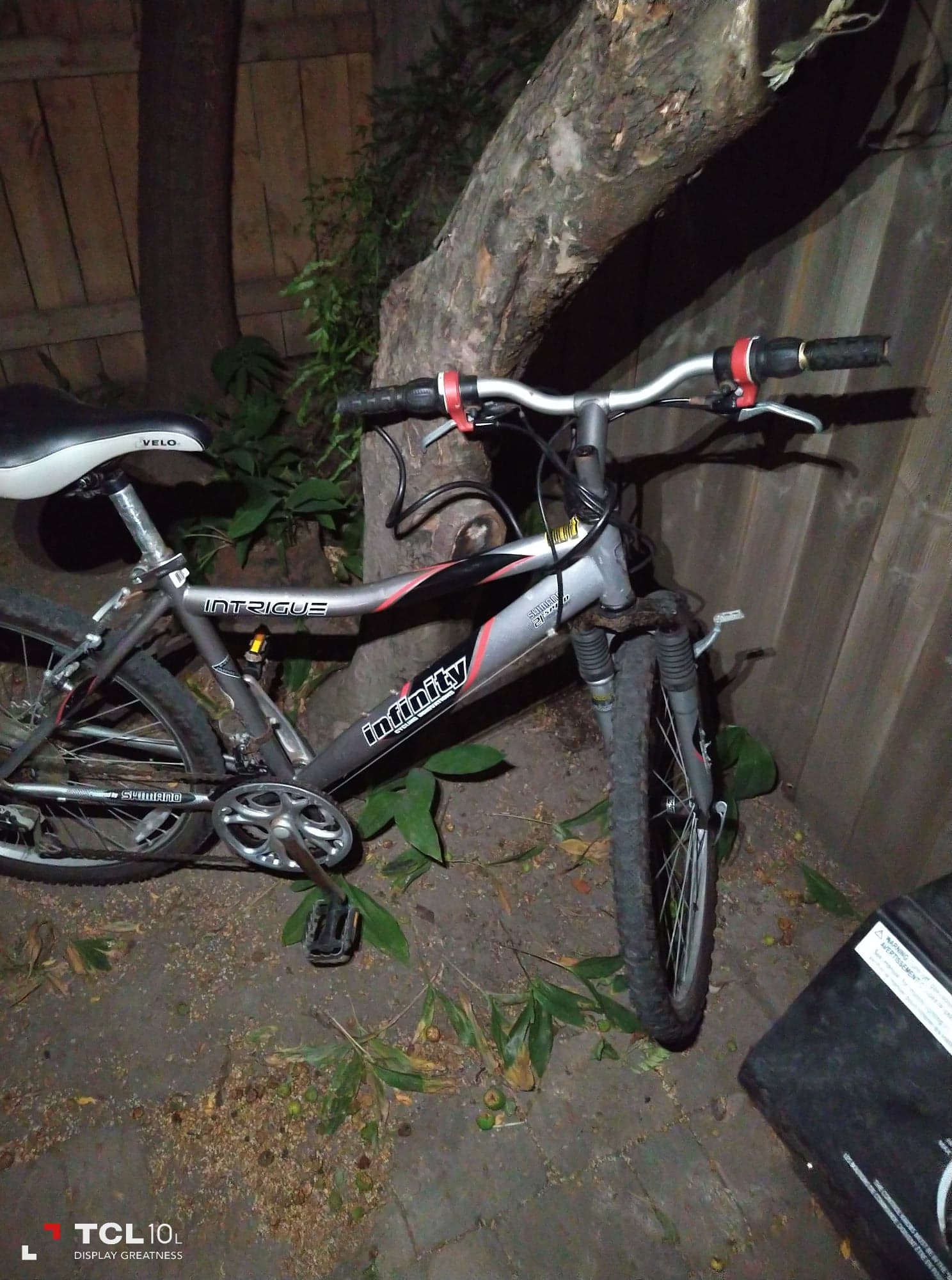 The TCL 10L, on the other hand, is even worse. In low-light, the device’s camera doesn’t have a great chance, with images often being overly noisy and grainy. The phone doesn’t even sport a nighttime camera mode, so if that’s a feature you’re looking for from a smartphone, the 10L isn’t for you.

Otherwise, I found the TCL 10L’s cameras did a better job at saturation than the 10 Pro’s shooters. Images appear to have more accurate colours in optimal lighting, but as soon as there’s even a small shadow, the phone struggles to shoot detail and gets a bit noisy.

Two peas in a pod

The TCL 10 Pro and the 10L are a pair of mid-range smartphones that, unfortunately, don’t bring anything new to the table but manage to still be solid.

The TCL 10 Pro is comparable to the Galaxy A71, but Samsung’s mid-range competitor is more affordable and offers a bigger screen, a better camera and a quicker processor. That said, the 10 Pro’s curved screen and smaller frame might be the reason why some customers would opt for it over Samsung’s option. The Pixel 3a is also more affordable than the TCL 10 Pro with a better camera offering, though the 10 Pro beats it at everything else.

The TCL 10L is in a better spot than the 10 Pro. The 10L doesn’t have as many competitors in the low-end mid-range market. Handsets like the Motorola G Fast come to mind, with the same processor, less RAM, an equivalent battery, worse display specs and a lower price point, but I wouldn’t tell anyone to grab the G Fast over the 10L.