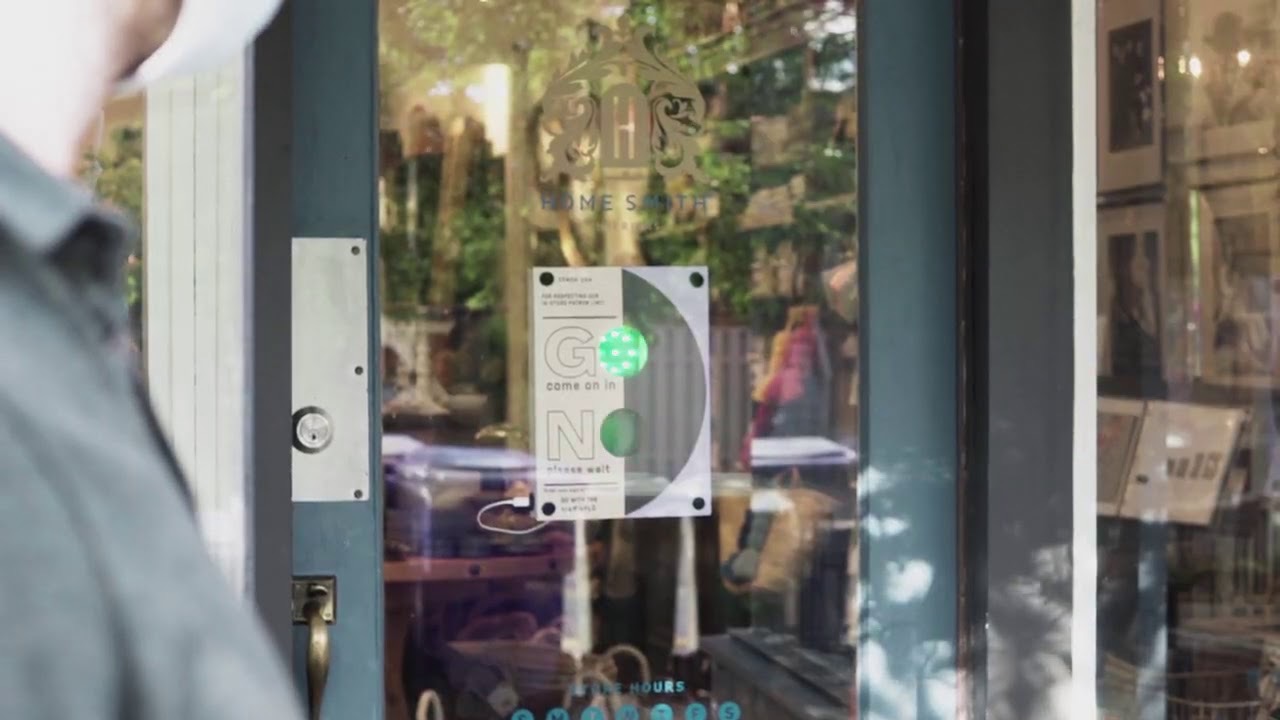 The traffic management system was designed in Canada in response to COVID-19 regulations and challenges that businesses are currently facing when managing the capacity of customers at their locations.

The ‘TraffikFlo’ sign is a device that lets business owners control and limit the number of people in their stores. Users can choose between the ‘manual’ or ‘counter mode’ settings based on their preferences.

The counter mode allows users to input a maximum number of customers allowed in their store at a time. As people enter the store, the user is able to add to the tally until the maximum number is reached, and the display will turn from green to red. 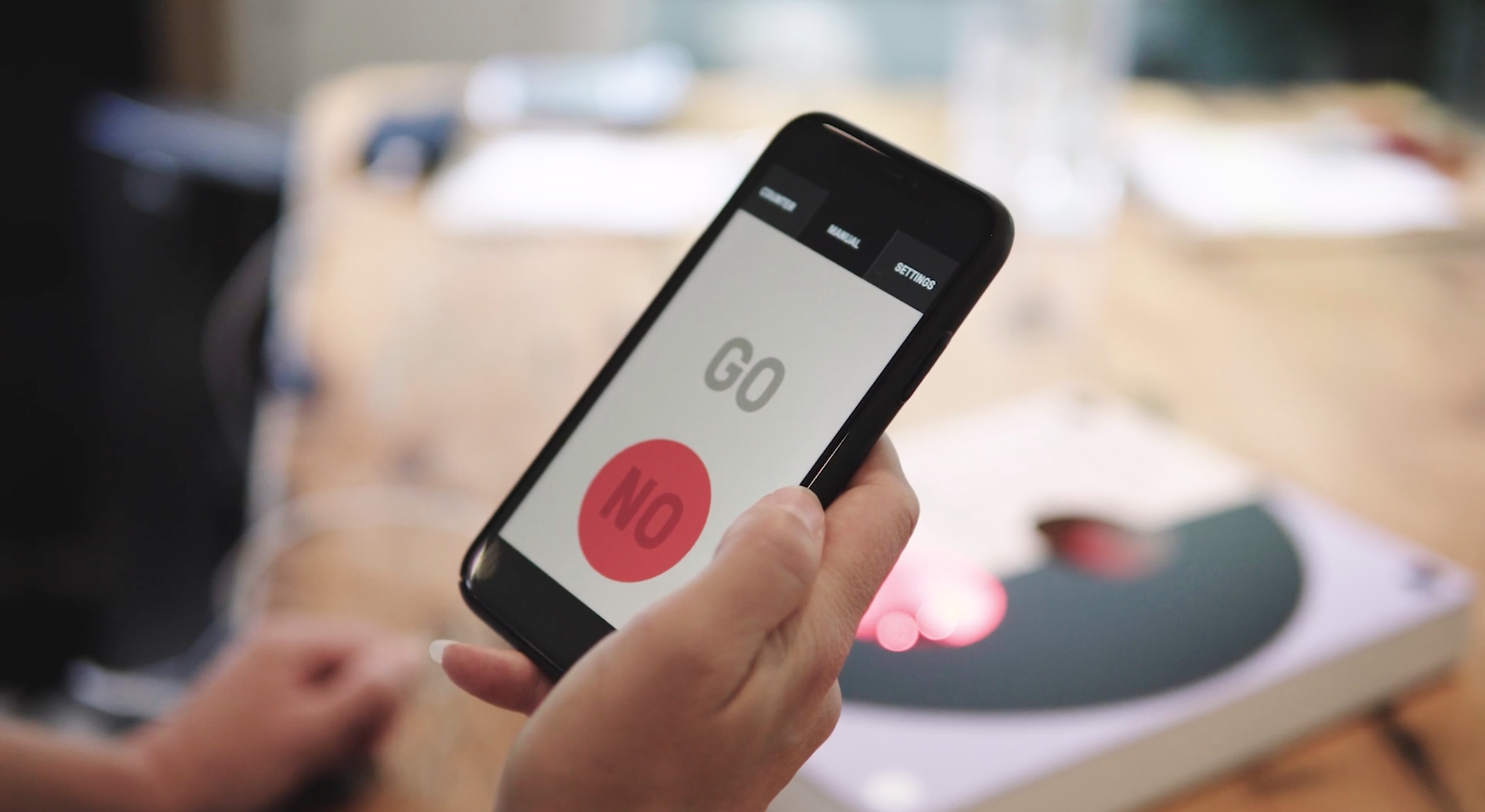 As customers leave, users can subtract from the total, and the light will turn back to green to indicate to the next person in line outside that they can now safely enter the store.

Business owners can also add a level of security to the product by using a personal code to control the sign through the app.

Since several municipalities and provinces have outlined that stores and businesses must follow COVID-19 precautions and physical distancing measures, it can get difficult to manage the flow of customers.

Damian Wright, the founder of WXM, told MobileSyrup that he lives in a close-knit community with independent retail stores and locally-owned shops. He noted that as he walked around these communities, he saw the struggle of businesses communicating with patrons before they entered a store, and realized that he could help.

“Building a simple and affordable product to warn shoppers to wait outside was something my company could design,” said Damian Wright. “After a few weeks, we realized our local community was in exactly the same situation as many across North America, so we decided to ramp up production and hopefully help more small stores.” 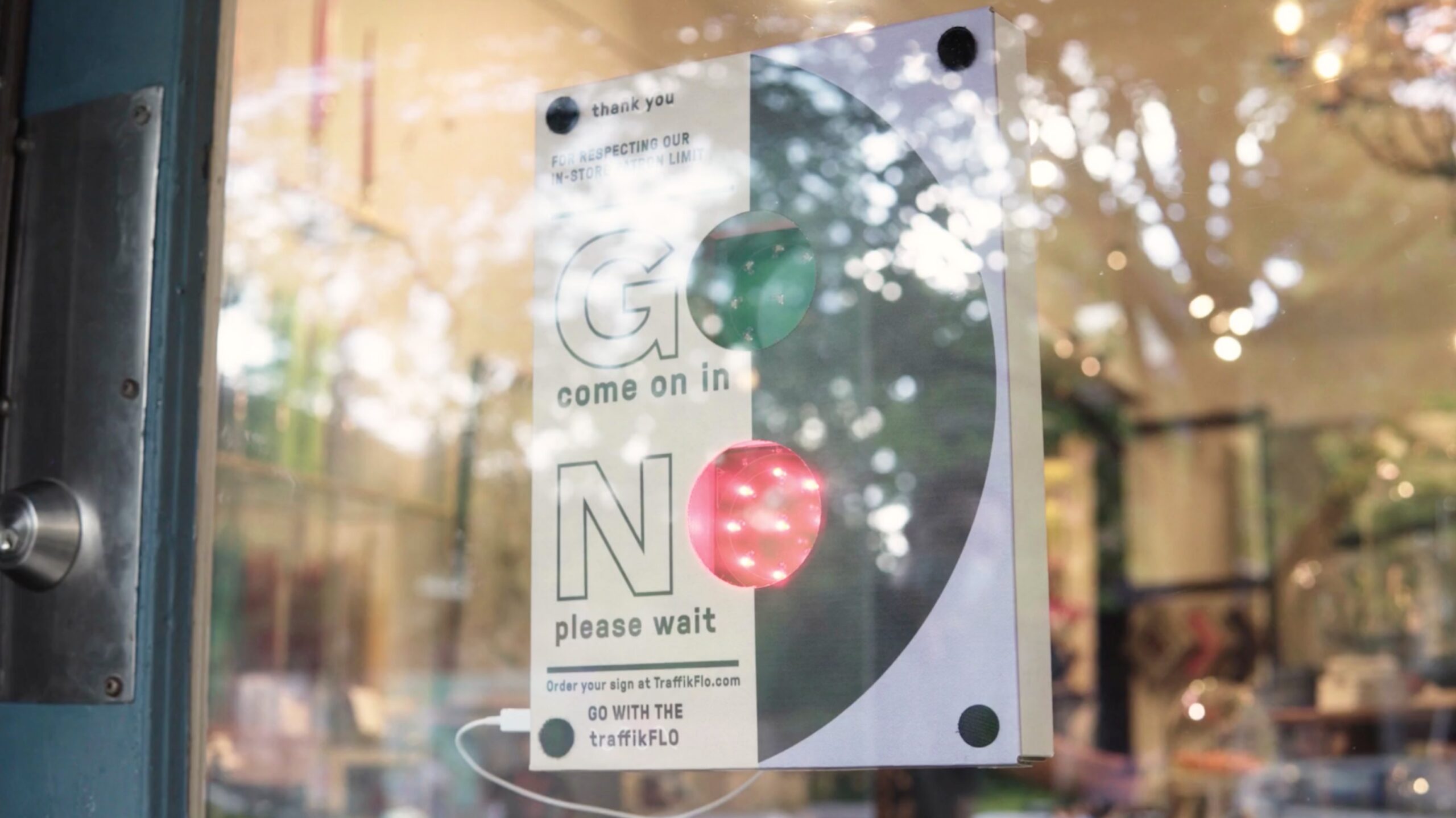 Wright notes that this project kept WXM busy while its main business of live events has been put on hold. He said that this new product will hopefully keep the company’s business going until things get back to a new normal.

The sign is simple to use, and just requires adhesives on the corners to attach it to a storefront window or door near a power source.

WXM notes that the TraffikFlo sign was designed in Canada and follows North American rules, regulations and standard practices. It’s powered by an AC/DC cable and is FCC approved. The company says that it conducted further testing to ensure that it’s safe to use.

The product is now available to order for $89.99 CAD, and WXM is going to begin shipping it in the first week of August.

WXM has worked with several companies in the past to offer its consumer-facing interactive activations. The companies include Samsung, Shaw, Rogers Cup, TIFF, Mazda and Universal Music.