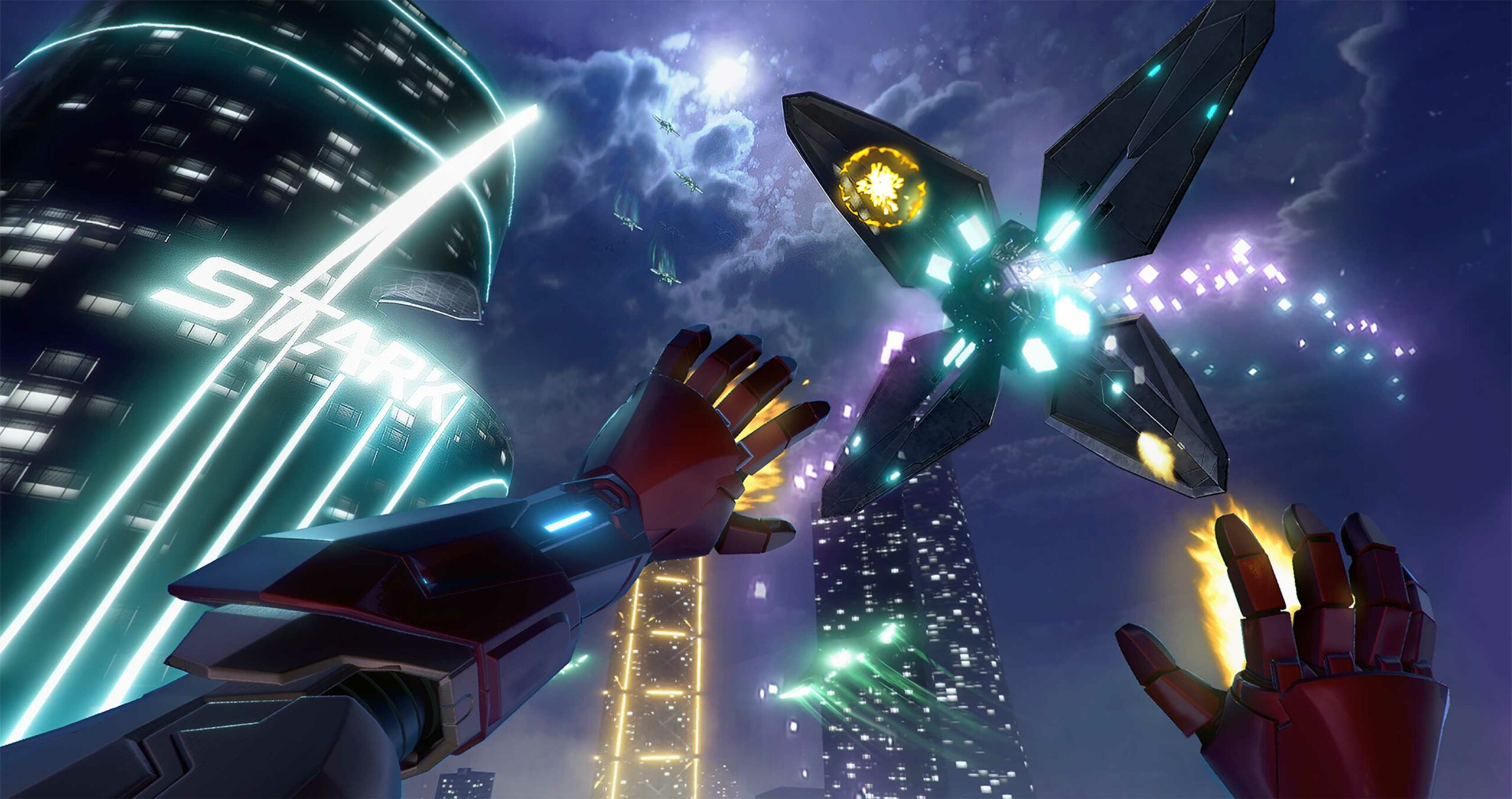 In September 2018, PlayStation and Ratchet and Clank developer Insomniac launched Marvel’s Spider-Man, which ended up being the webslinger’s best video game to date. In many ways, the game also set the bar for what Marvel was looking to do in gaming in general, following years of less-than-stellar movie tie-ins.

Now, PlayStation and Marvel have teamed up once again to give that same sort of treatment to another iconic Marvel hero in Marvel’s Iron Man VR. As its name suggests, though, the title differs from most superhero games, in that it’s a full-fledged virtual reality title that requires a PlayStation VR and Move controllers.

But while a full VR setup might sound like a barrier to entry, developer Camouflaj (République) has, rather impressively, made the most of the hardware to offer a robust superhero experience that beautifully captures the feeling of being Iron Man.

First and foremost, Camoflauj deserves a lot of praise for translating Iron Man’s unique abilities so well to VR. On paper, flying around at high speeds while spinning around to shoot surrounding aerial enemies should make even the most seasoned VR veteran feel queasy.

To my surprise, though, I never once felt any motion sickness. That’s because handling Iron Man is incredibly intuitive. If you’ve seen any of Iron Man’s appearances in the Marvel Cinematic Universe (MCU), you’ll know that he hovers by holding his hands at waist level and aiming his palms downward.

That same concept applies here, with you having full control over both of Iron Man’s arms with the Move controllers. You can hold this position to gain altitude, or throw your arms behind your back to blast forward, angling the headset and your arms to adjust your flight path as desired. At any point, you can also double-tap the Move triggers for a satisfying turbo boost. All of these mechanics come together to make flying around absolutely thrilling and authentic.

Combat, by extension, feels equally as good. With the Move controllers, you can aim Iron Man’s signature repulsors with satisfying precision. In keeping with every movement feeling natural, you actually have to hold the Move controllers so your palms are facing forward, just like how Iron Man himself shoots. Meanwhile, you can fire Auxiliary weapons like homing missiles by aiming your wrist towards the screen — again, not unlike what the Armoured Avenger would do.

Ultimately, because Move controllers operate independently, there’s a rewarding sense of creativity to be had in how you choose to fight. For example, one hand can handle flying around to avoiding incoming fire, while the other focuses on shooting. Alternatively, you can blast repulsors out of one hand while firing rockets out of the other to maximize damage. Further, completing missions will net you research points, which you can spend on new weapons and upgrades, such as a machine gun, cluster bomb or extra ammo capacity, for further experimentation. You can also unlock additional points through optional challenges that support online leaderboards and lend a welcome amount of replay value to the game.

Where Iron Man VR falters somewhat, however, is in its uneven campaign structure. 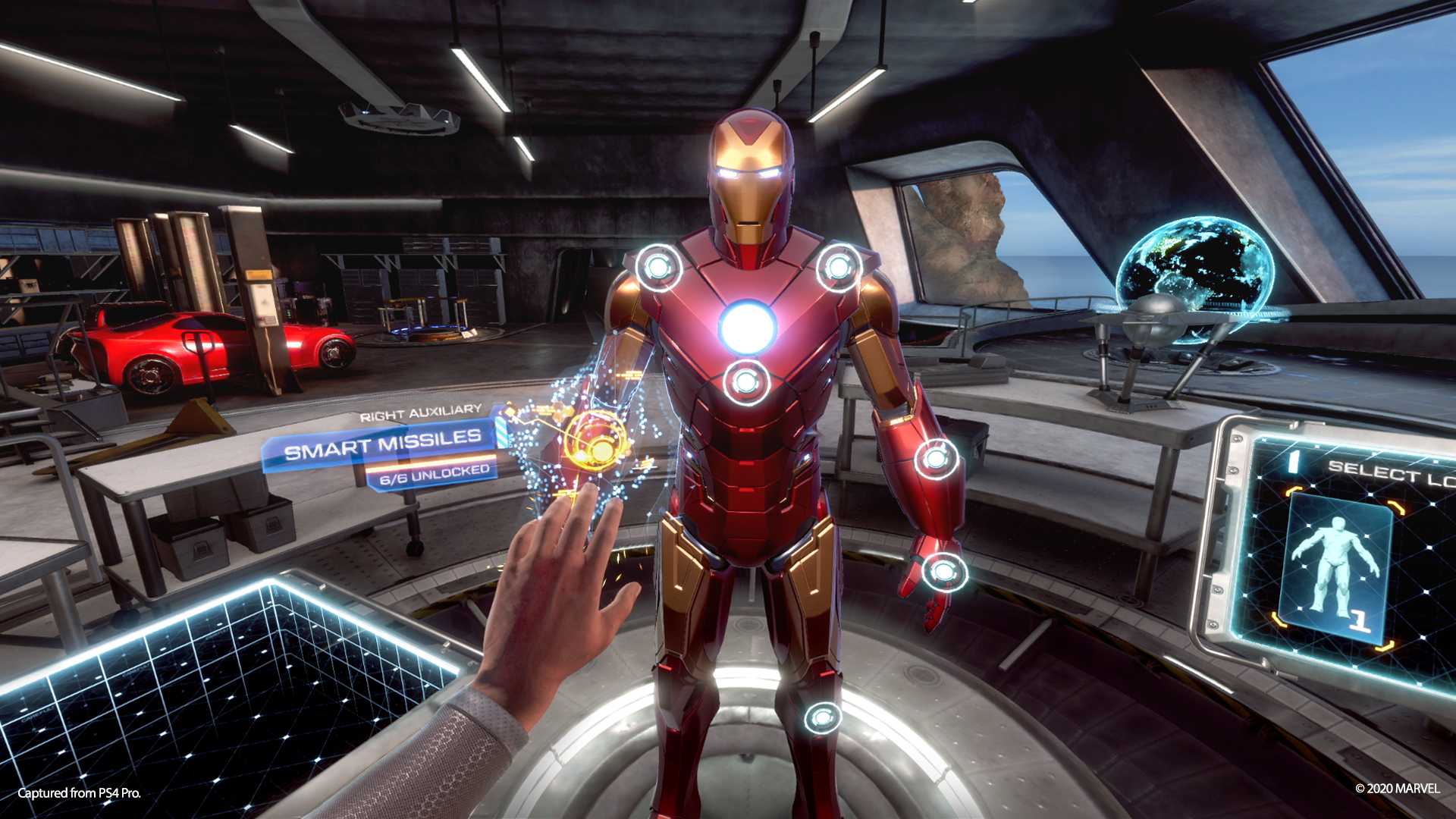 To be sure, there are many quality aspects to the story. Most notably, Camouflaj has made the wise decision to set the narrative years after Tony Stark first donned the armour, knowing that most people are familiar with his origins thanks to the MCU. Instead, Iron Man VR is very much about exploring Tony’s growth over the years and the consequences of the war profiteering that he was involved in prior to becoming a superhero.

While this isn’t exactly new material, especially considering Iron Man’s multi-film MCU arc centred around accountability and redemption, Iron Man VR makes full use of VR to convey these themes in novel ways. For one, Ghost — an old villain from the Iron Man comics with mysterious ties to Tony’s shady past — can disappear and reappear right in front of you at at any given time, which is remarkably effective in VR. Through the PS VR headset, the supervillain quite literally forces you to face the ghosts of Tony Stark’s past, and it’s much more affecting as a result.

Meanwhile, Camouflaj smartly gives you many quieter moments to interact with Tony’s swanky Malibu mansion. Beyond fun easter eggs and optional banter, these sections help humanize Tony and give you time to customize your armour. The duality between Tony Stark and Iron Man has always been one of the character’s most fascinating aspects, and Iron Man VR leverages the immersion of VR to tap into that dynamic in exceptionally effective ways. 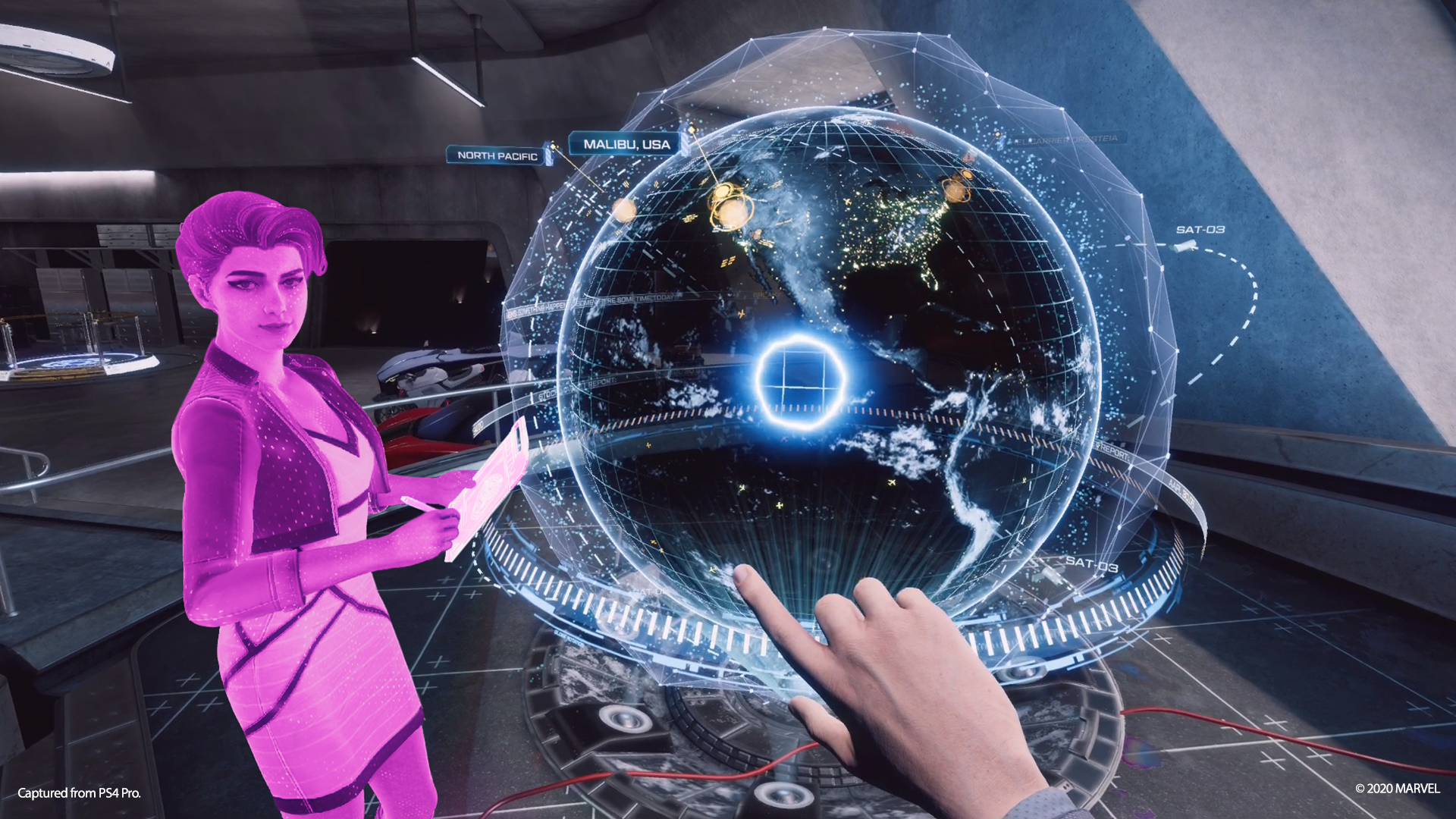 But the best part of the story has to do with Tony’s relationship with his companions. In the game, you’re supported by your trusty AI F.R.I.D.A.Y. (who you may remember from the Avengers films), as well as a new virtual assistant named Gunsmith. The former was designed by Tony once he’d reformed, while the latter is an actual digital replica of the ‘merchant of death’ that he once was. Seeing Tony wrestle with the brash Gunsmith and logic-driven F.R.I.D.A.Y. in VR — where you can freely look left and right between the two — is a brilliant take on the classic ‘shoulder angel’ storytelling device. Excellent voice acting from Josh Keaton (a veteran Spider-Man actor) and Leila Birch (EastEnders) help make this banter even more engaging.

Unfortunately, some awkward pacing shakes up these bright spots. The first mission is outstanding, tasking you with rescuing Tony’s flame Pepper from a falling plane after an exhilarating mid-air suit-up sequence that’s seemingly inspired by The Avengers. The problem, though, is that the campaign doesn’t have many more of these impressive setpieces after this. Sadly, several chapters require you to fight waves of enemies with only a slight gimmick to marginally shake things up. There’s only so many of these encounters that you can play through before a disappointing feeling of repetition starts to sets in.

That a few chapters are time trials hidden under the guise of Tony “letting off some steam” — in some reused environments, no less — further points to this lack of variety. Given how excellent the core mechanics are, it’s disappointing that Camouflaj didn’t come up with more unique levels. A glimpse at what this could have looked like comes towards the end of the 10-hour campaign, when Iron Man flies after Ghost in a tightly-crafted chase sequence. More sections like this that emphasize flight instead of combat could have gone a long way towards improving these pacing issues.

Ultimately, though, these problems are more forgivable when considering that VR is still mostly in its infancy. In fact, most of the VR games we have are on the shorter end, especially superhero offerings like Batman: Arkham VR. That Iron Man VR boasts a full campaign with incredible mechanics and a fun, engaging narrative is a testament to what Camouflaj has achieved here. For years, Iron Man has been defined by Robert Downey Jr., but with Iron Man VR, you can truly become the Armoured Avenger yourself.

Marvel’s Iron Man VR is now available on PlayStation VR. For more on the game, read my interview with Camouflaj co-founder and director Ryan Payton.