The new features are launching in the coming weeks 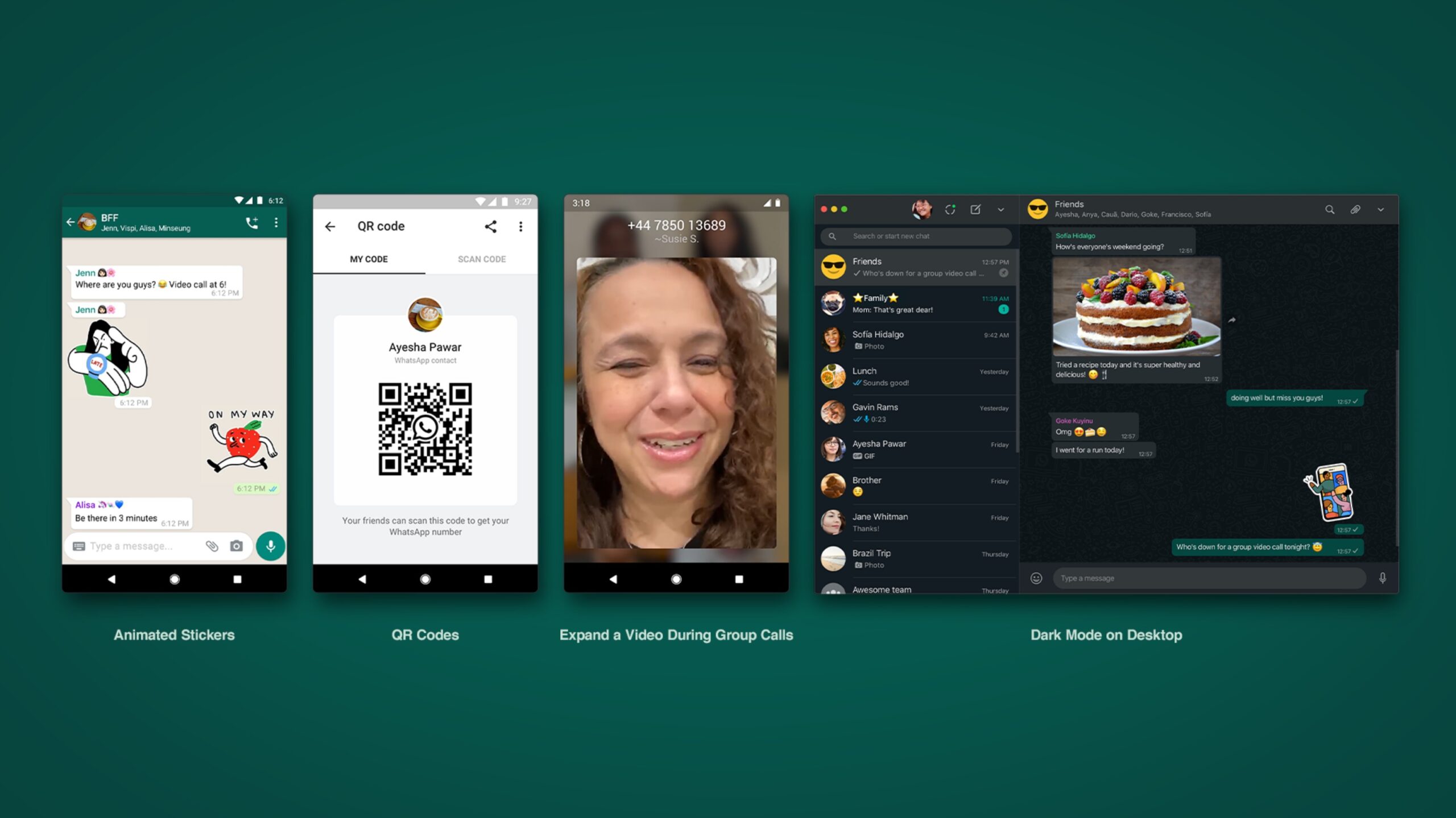 WhatsApp has announced that a slew of new features will be rolling out to users in the coming weeks, including QR codes and improvements to video calls.

The Facebook-owned company says it is making it easier to add a new contact through the use of QR codes. WhatsApps says that users will soon be able to scan QR codes to add people to their contacts, instead of having to manually tap in their digits.

WhatsApp notes that since users can have a video call with up to eight participants, they can now hold and press on a person’s video feed to make it full screen. It has also added a video icon in group chats of eight or less so users can easily start a group video call with one tap.

Further, dark mode is also being extended to WhatsApp web and its desktop apps. Since dark mode is becoming an increasingly popular feature, this will be a nice addition for users who like to use the platform on their computers.

The messaging service is going to roll out new animated sticker packs to let users be more expressive in the chats. It notes that stickers are one of the fastest growing ways people communicate on WhatsApp.

WhatsApp says these new features are rolling out to users over the next few weeks in the latest versions of the platform.