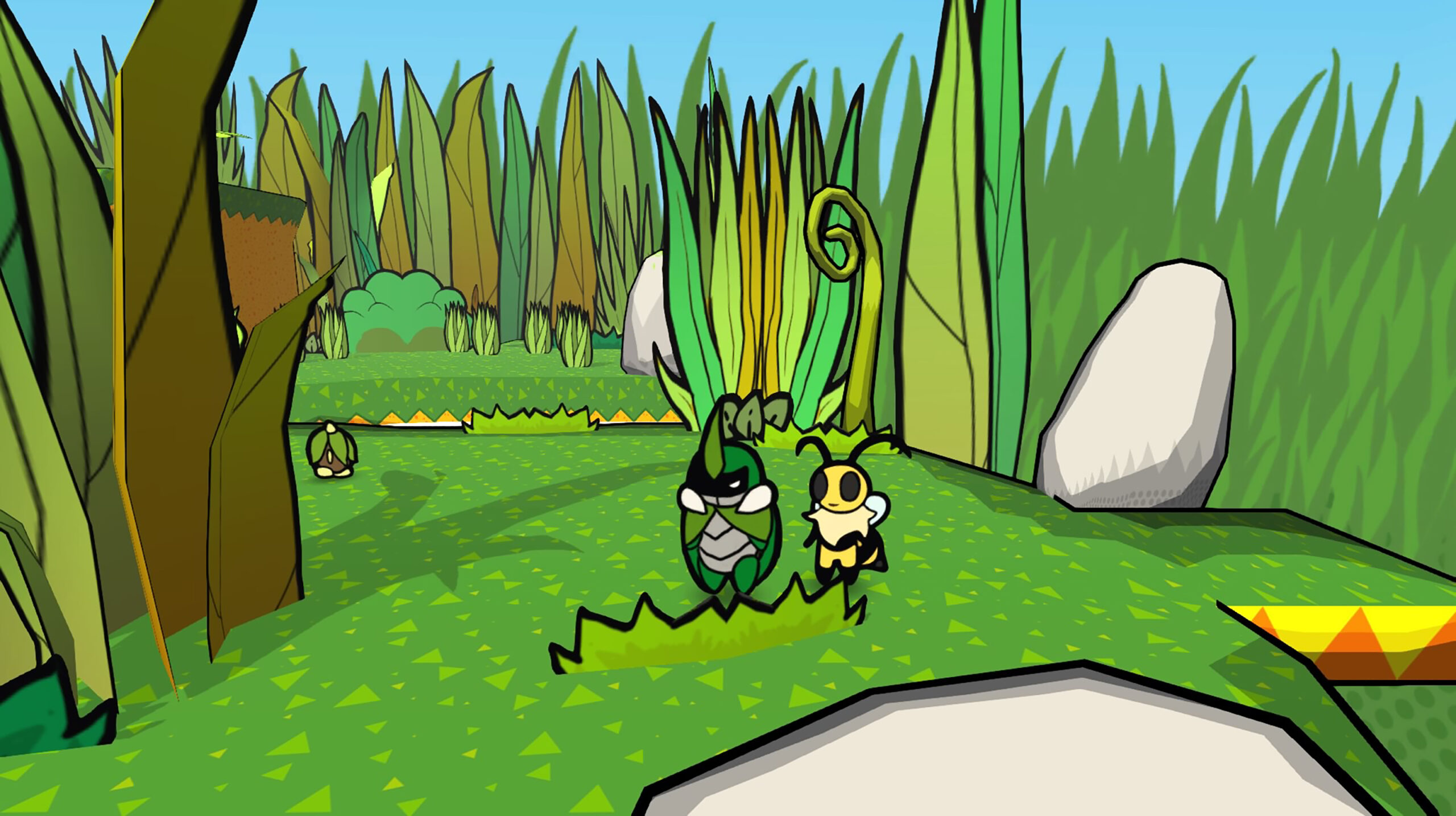 I went into Bug Fables: The Everlasting Sapling knowing I was going to enjoy myself because of its Paper Mario-inspired aesthetic.

I just didn’t know how much I was going to like the game. I can safely say Bug Fables is one of my favourite titles to release this year.

Bug Fables is a turn-based RPG created by Panama-based studio, Moonsprout Games, a developer that is a massive fan of Nintendo’s Paper Mario series — which you can see in the game’s art style and gameplay.

Most people probably aren’t familiar with Bug Fables. The game didn’t even show up on my radar until earlier this year. The RPG was successfully backed on Indiegogo in 2018 and released on PC this past November.

Bug Fables takes place in Bugaria, a world of bugs in the style of Pixar’s A Bug’s Life.

The story revolves around the Everlasting Sapling, which Bug Fables gives tons of exposition on at the beginning of the game. The sapling is a plant-like treasure that gives any bug who eats it the power of eternal youth and unending strength.

The sapling was left behind by Bugaria’s ancient cockroach civilization, which is kind of looked at in the game like an ancient civilization. 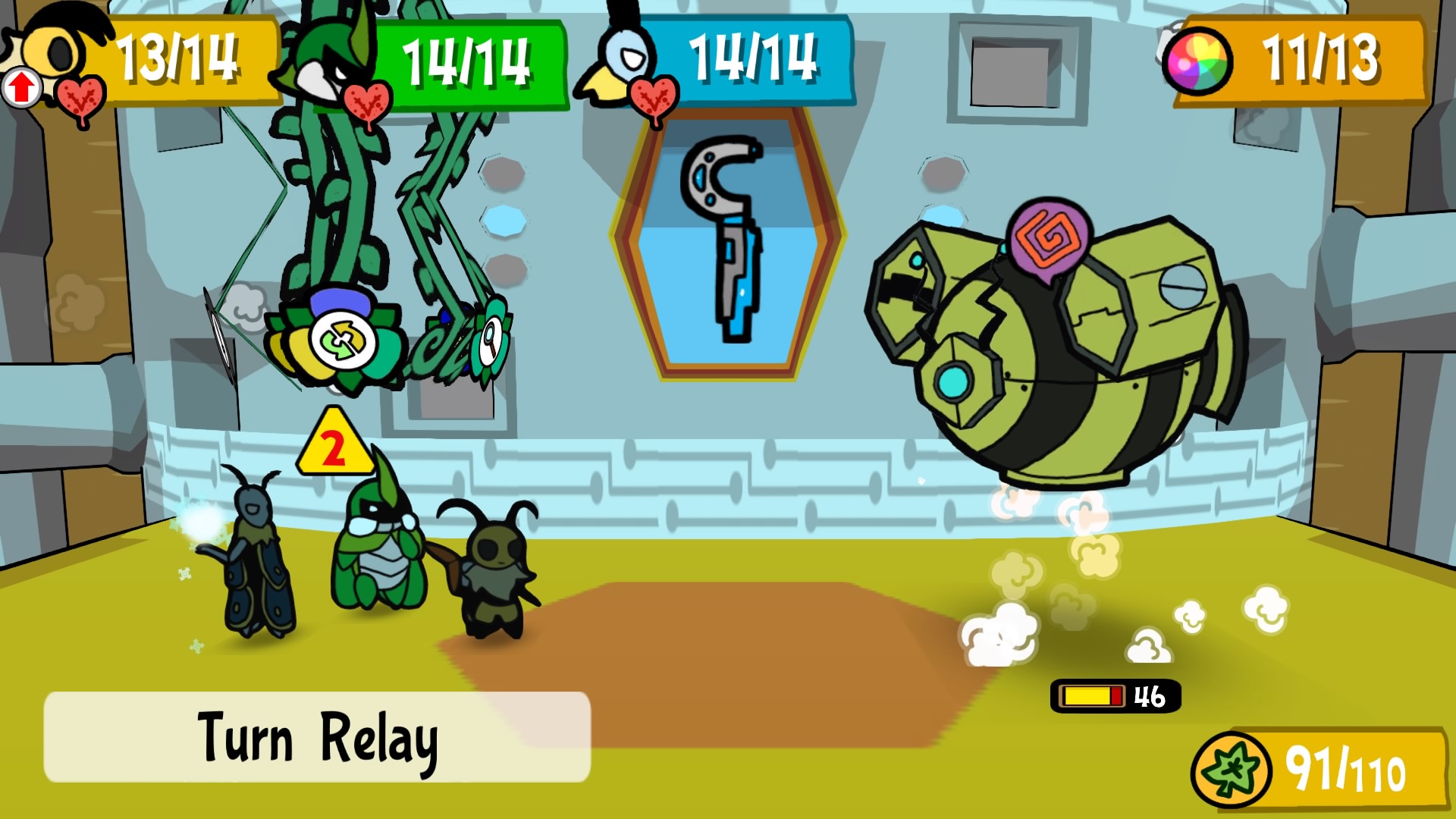 In Bug Fables, you are put into the shoes of Kabu, a green rainbow scarab beetle and a member of the Explorer’s Association, which is an organization formed by the Ant Queen primarily to find the sapling.

Kabu is quickly paired with Vi — an explorer bee with loads of attitude who abandoned her hive to become an explorer bee. They are tasked to explore Snakemouth Den and acquire a treasure linked to the sapling, which is where you discover your third party member, Lief.

Overall, the story isn’t breaking new ground — it feels like a fantasy game quest — but where it shines is in its cast of characters and their development throughout the experience. 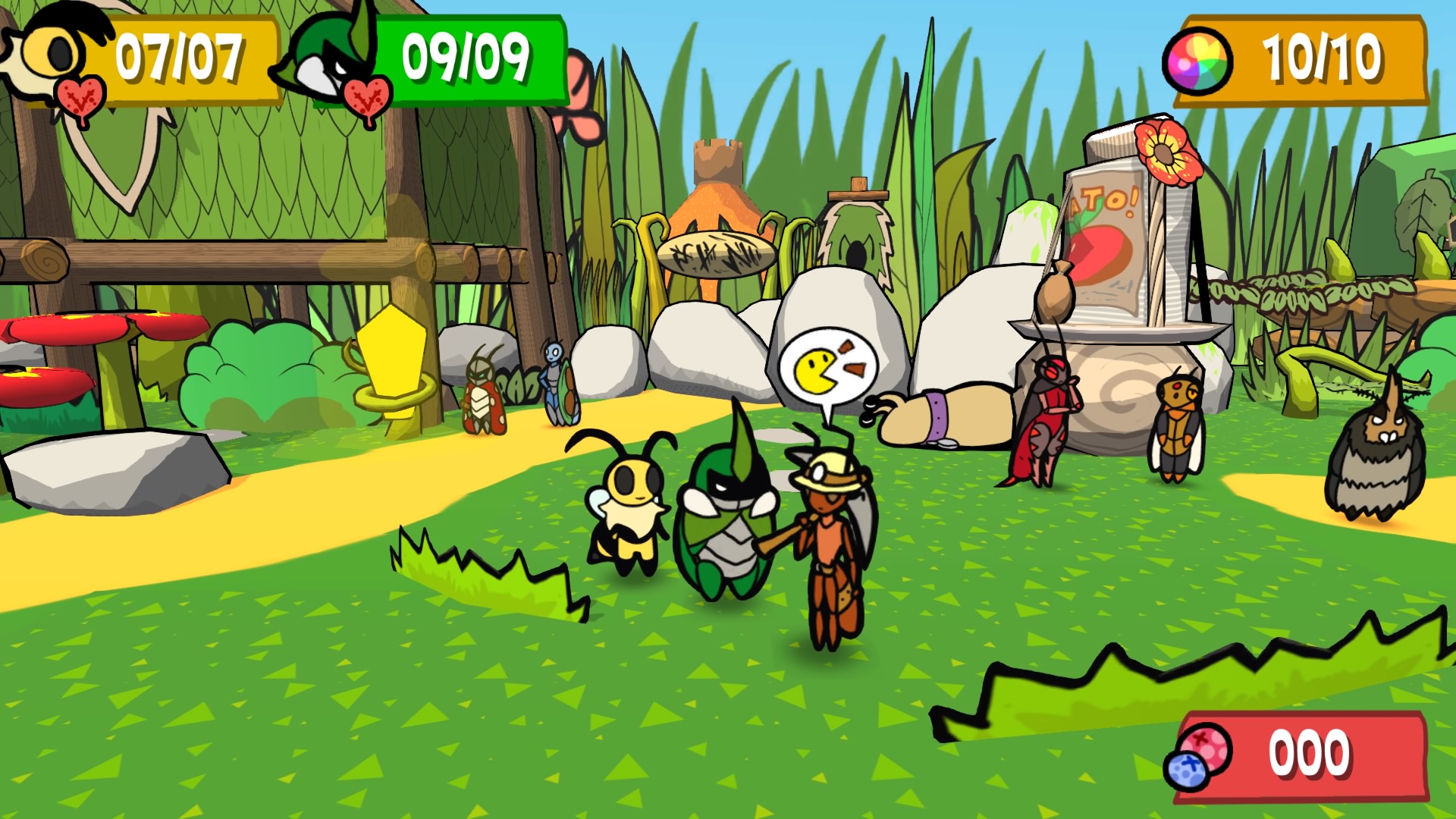 You get a basic understanding of who the main cast are from dialogue between characters.

As time goes on the game unearths their backstory, which includes subjects like mortality, family drama, regret, revenge and even death.

These are all themes that would never be covered in a Paper Mario game, knowing Nintendo’s typically simple approach to storytelling.

Throughout the game, the party travels across Bugaria, searching for artifacts that hint at the sapling’s location while getting into conflict with several different kinds of enemies. 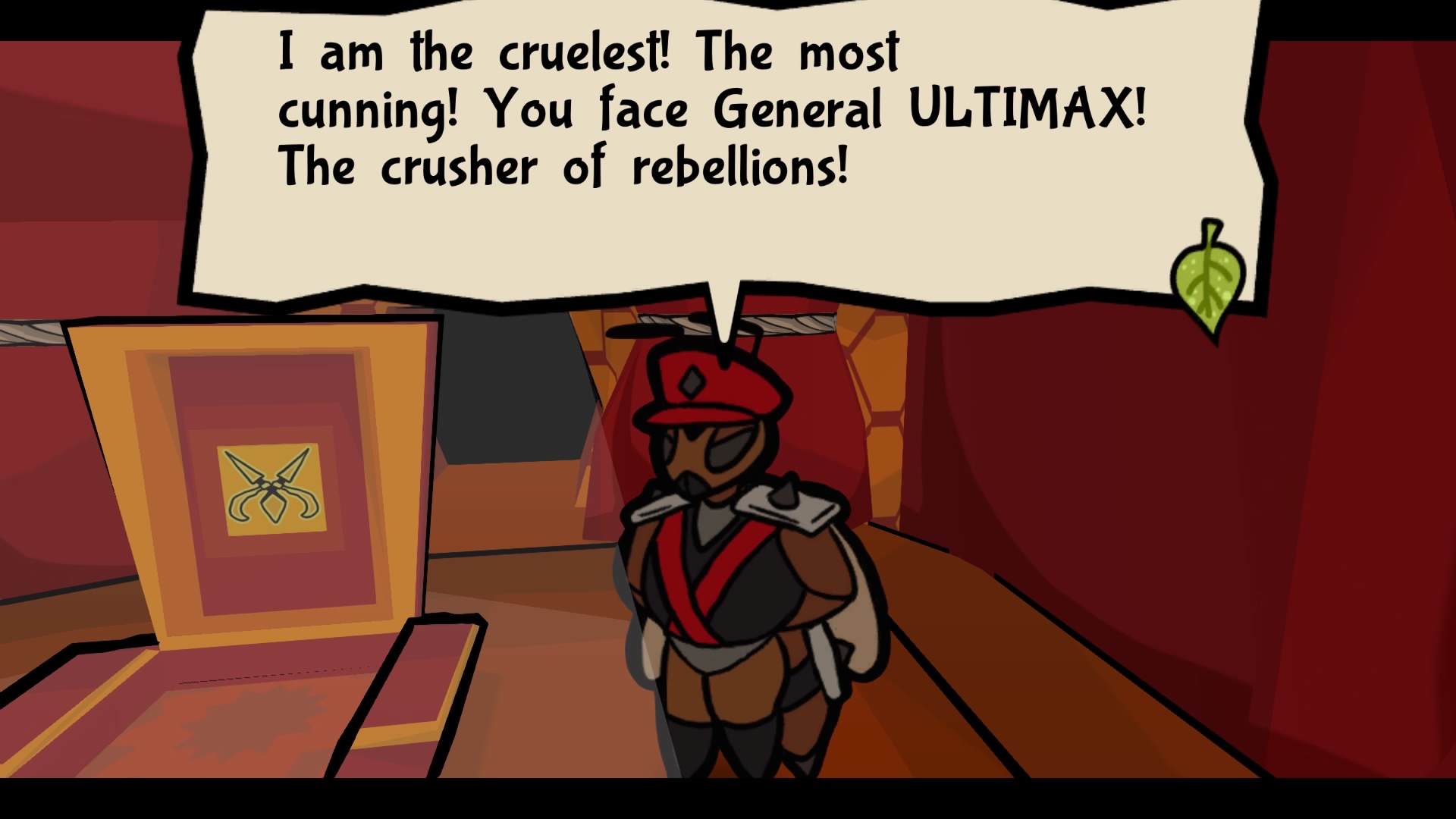 That includes the game’s antagonistic group, the wasps — a fitting enemy since I don’t like wasps in the real-world (like most people).

Bug Fables’ gameplay reminds me a lot of playing Paper Mario as a child, given how the title has you travelling between towns and often fighting less intelligent enemies along the way.

When encountering an enemy, the game transitions to its turn-based RPG battle system.

You have the choice of either attacking, using special skills that have limited use, using items to replenish health and more.

Combat requires patience because it primarily focuses on quick-time events. 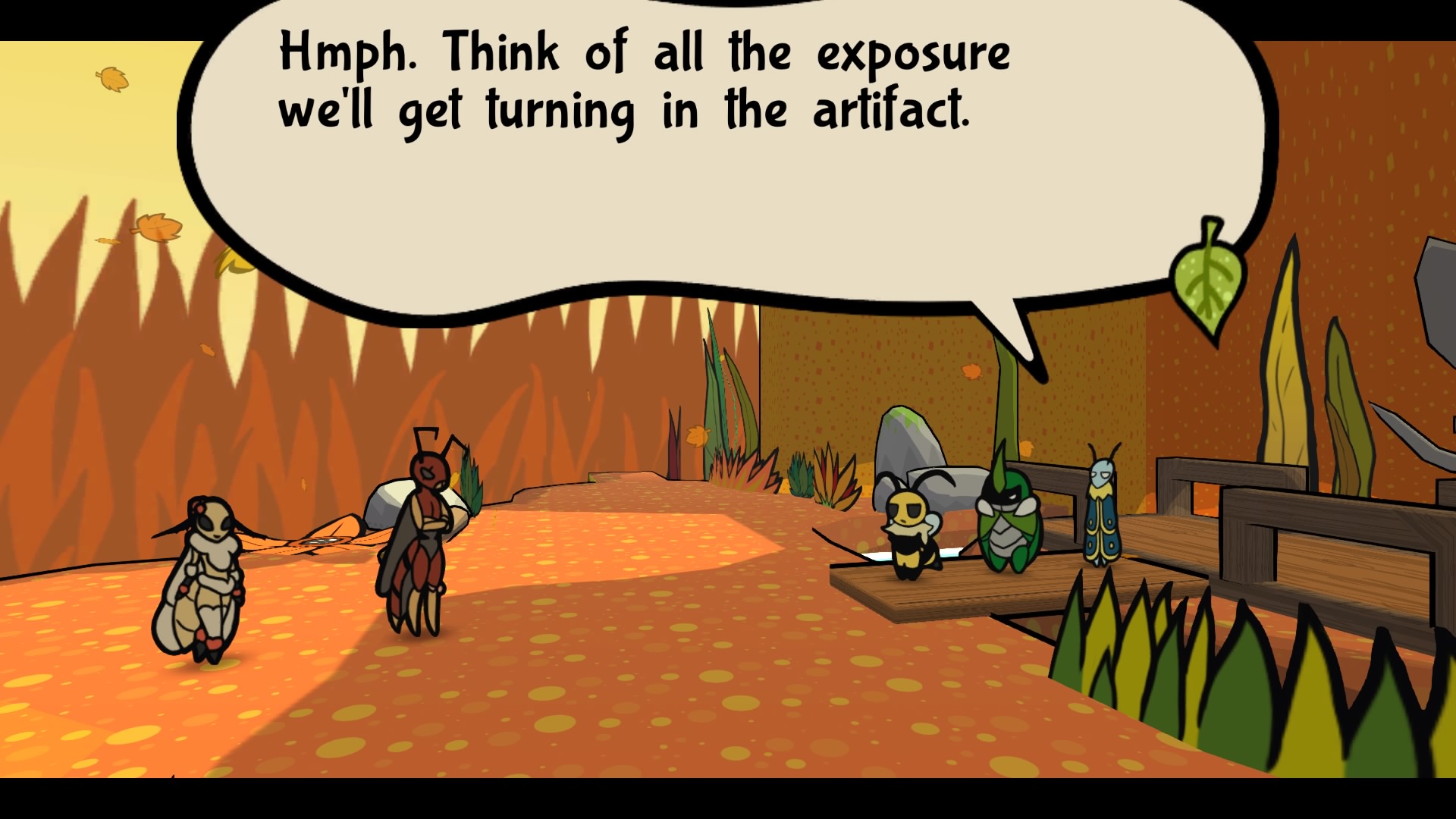 When attacking, you need to press or hold down a prompted button as a timer runs out, and releasing it at the right moment will cause more damage. Letting go too early deals less damage.

The gameplay focuses heavily on strategy. For example, all your characters can hit grounded enemies, but there are times when they are either in the air or underground. Luckily, thanks to the way characters like Lief and Vi attack, those enemies can be brought up or down to the ground level so Kabu can get a chance to attack.

Like most RPGs, Bug Fables’ characters level up through experience points called ‘exploration points.’ If you get enough of them, you can level up your exploration rank, which both replenishes your health and gives you a level up bonus.

Unfortunately, only three stats can increase by levelling up through the bonuses, which include health, technical or medal points. 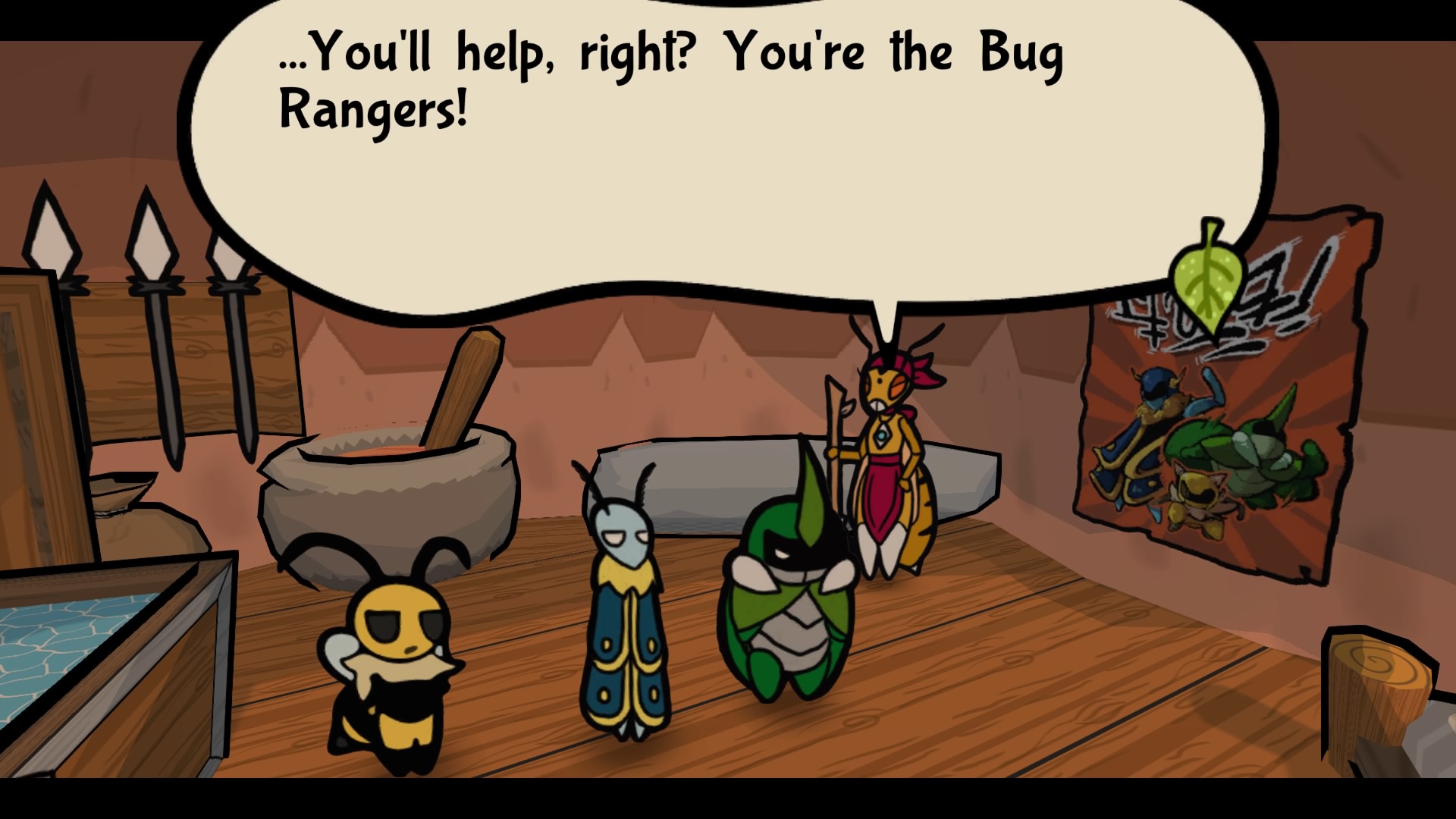 Medals are kind of like badges in the Paper Mario Series. They are accessories that give your characters special abilities, including stat resistances, attack or defence increase and more.

Outside of battle, Bug Fables features non-linear paths with areas you can’t go through until you unlock a specific ability in the game.

Each of your party members in Bug Fables has several abilities, including digging, destroying rocks, flying and more.

Bug Fables also includes an abundance of side content with characters you interact with through the game’s request board. Completing these tasks gives your team berries, rewards and sometimes even experience. 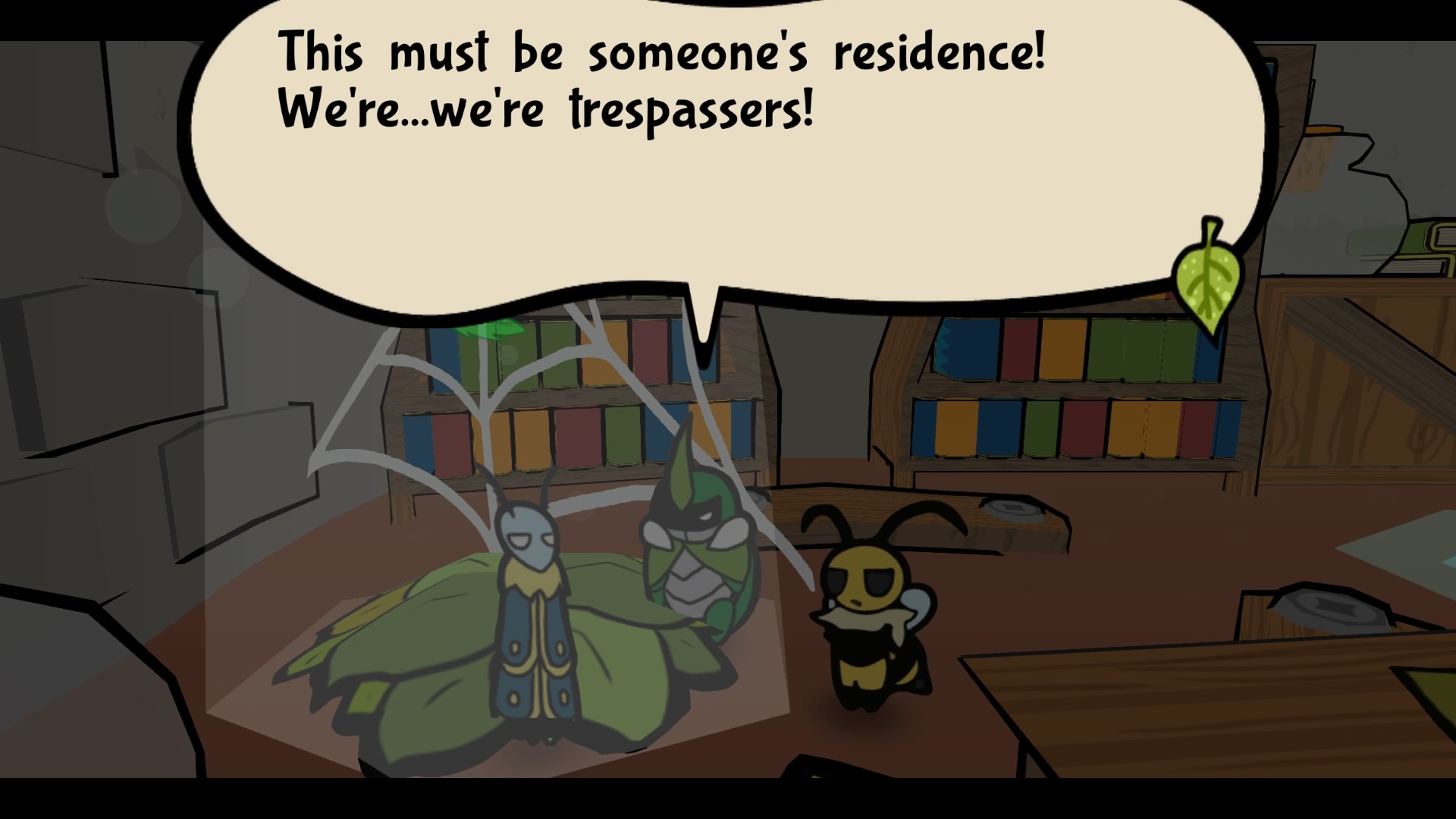 Overall, Bug Fables is a fun game that Paper Mario fans should look into checking out. It offers a familiar experience thanks to its inspired art style, gameplay and its unique cast of characters.

The story will also keep you invested for over 50 hours, through both comedic and surprisingly dramatic moments.

Bug Fables: The Everlasting Sapling is now available on PS4, Xbox One and Nintendo Switch.

Paper Mario: The Origami King is coming to the Nintendo Switch this July