It's a tiny powerhouse of a smartphone 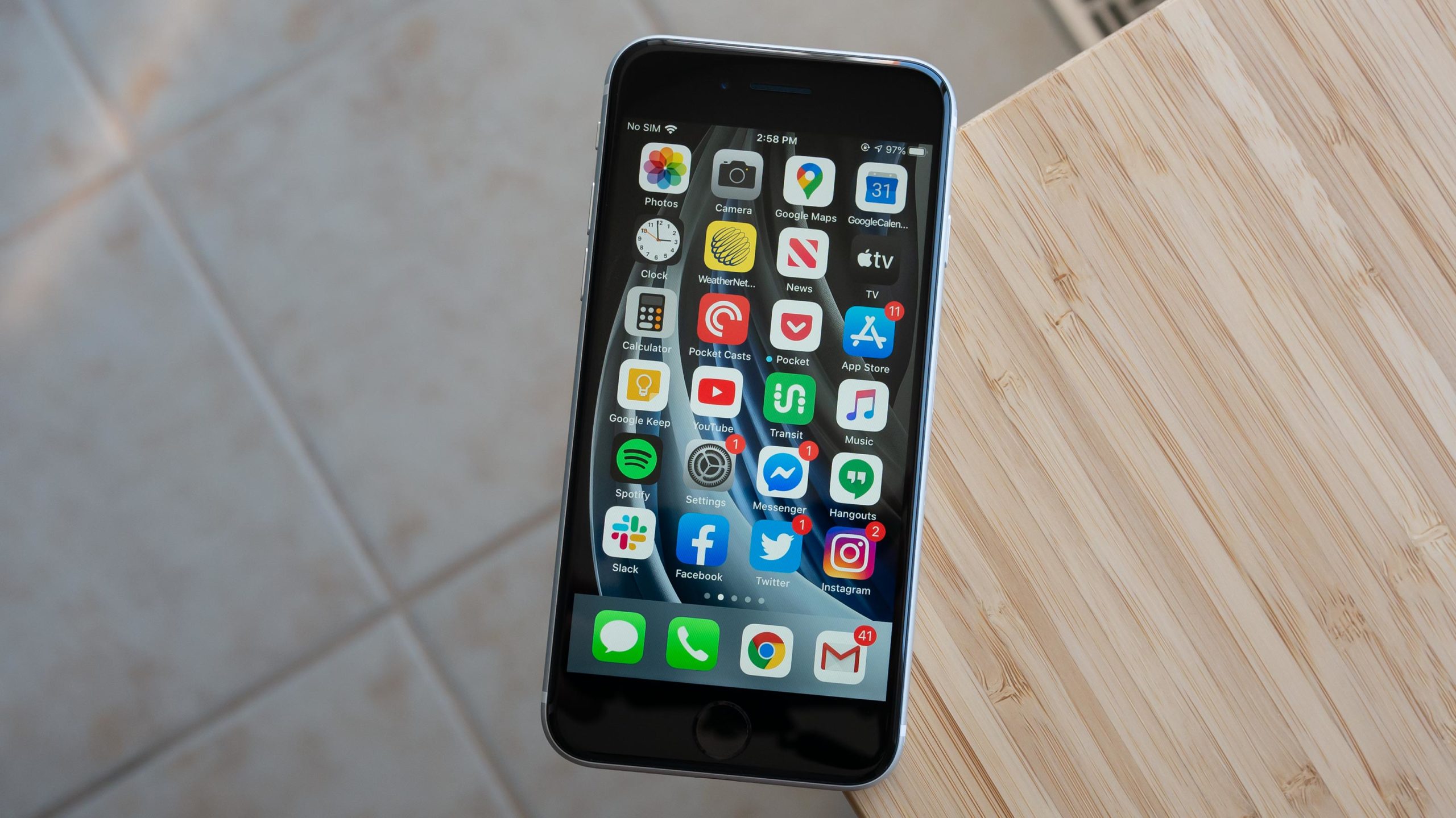 While smartphone enthusiasts have been scoffing at the tiny handset’s outdated design since Apple revealed the SE earlier this month, it’s actually one of the best entry-level smartphones to be released in years, particularly in Canada.

For $599 CAD, you get a camera nearly as capable as the iPhone 11 series’ shooter, coupled with Apple’s powerful A13 Bionic processor. For a lot of people, this is all they want and need from an iPhone upgrade. 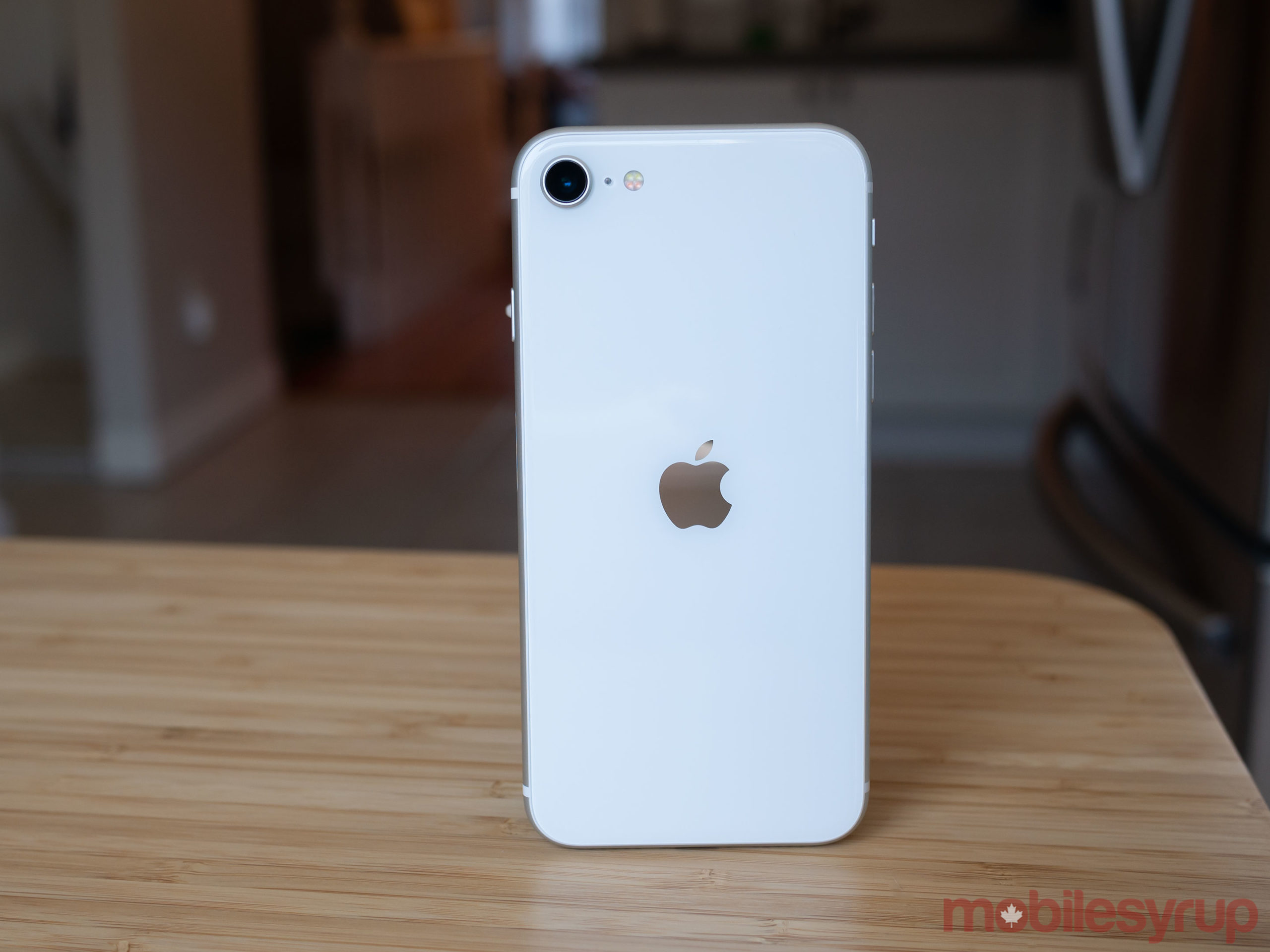 To be clear, the new iPhone SE is not for me. I appreciate the design and additional features the iPhone 11 series and other high-end smartphones offer. I just wouldn’t be happy with a handset that looks exactly like 2017’s iPhone 8. This, however, doesn’t mean there isn’t an audience of iPhone users out there who want a smaller, 4.7-inch iPhone featuring Touch ID and a modern processor.

In fact, I’d argue that particular iPhone audience is more significant than a lot of people might assume, and that this is precisely who Apple is targetting with the new iPhone SE. 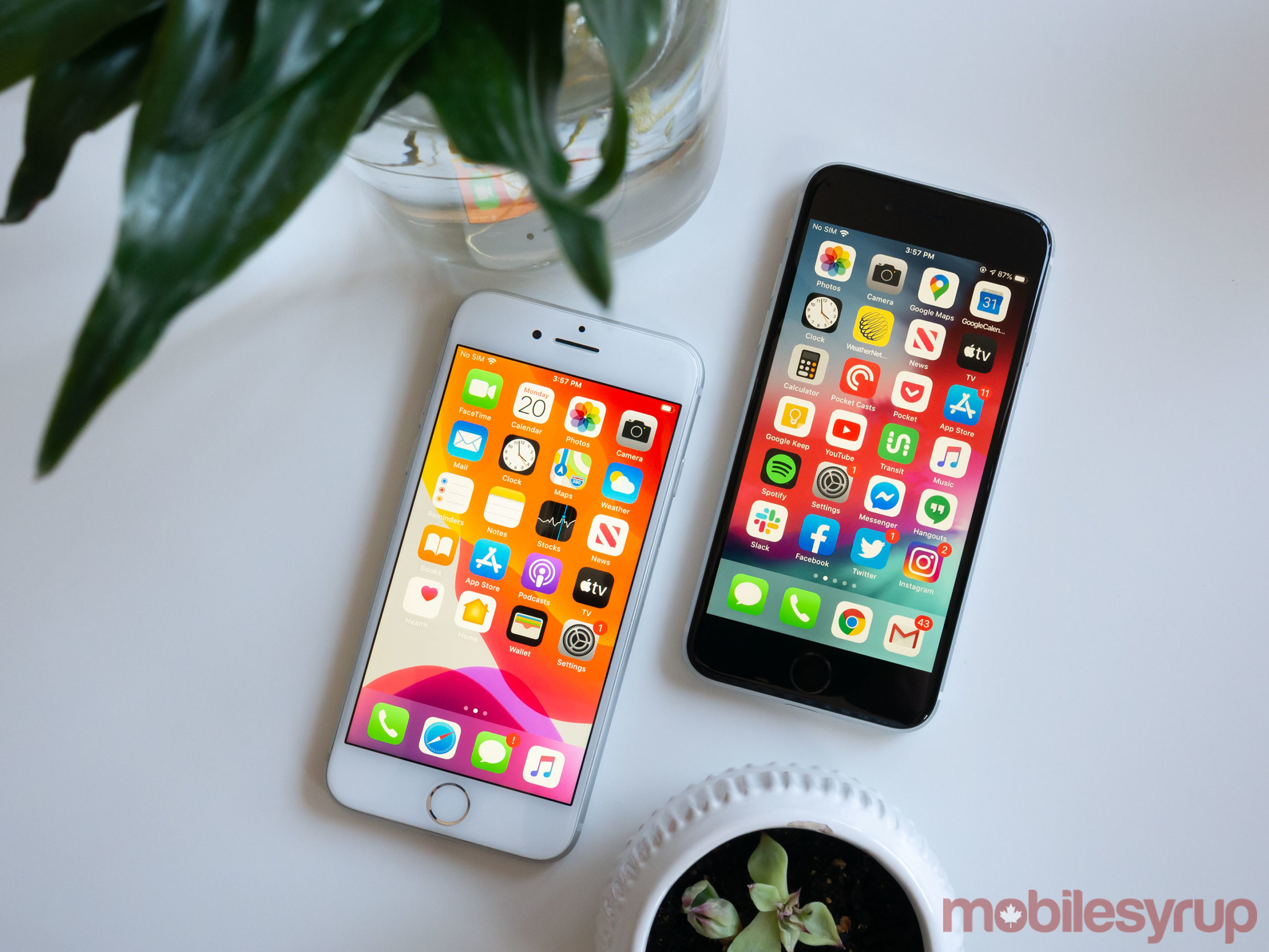 As expected, the new iPhone SE (2020) is a massive leap over 2016’s 4-inch, A9-powered iPhone SE. Nearly every aspect of the smartphone’s hardware has been upgraded, with the display and look of the phone being the only exceptions.

The device’s screen measures in at 4.7 inches with a  750 x 1334 pixel resolution, it includes HDR (though not really true high-dynamic range) and True Tone, Apple’s ambient light adapting display technology, just like the iPhone 8. The display looks passable but is dated when compared to the iPhone XR’s and iPhone 11’s excellent LCD screens, as well as most modern Android phones. 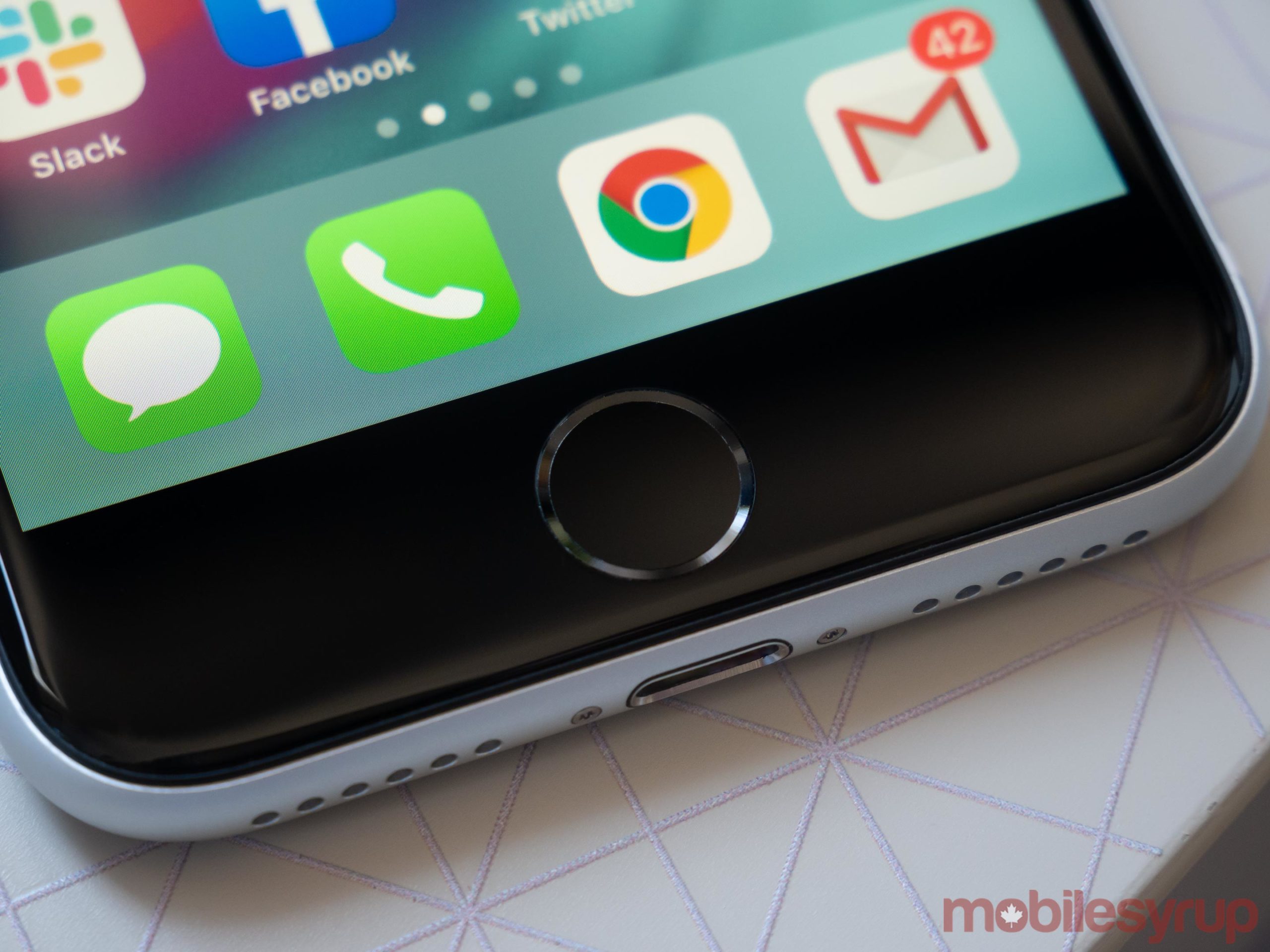 The Home Button is also back, which will be welcome news to anyone who avoided upgrading from the iPhone 6, iPhone 7 or even the iPhone 8 because they weren’t fond of Face ID. To a certain extent, I understand this perspective. Face ID is great, but it doesn’t work 100 percent of the time, whereas, the iPhone SE’s fingerprint sensor didn’t fail at all during the few days I’ve used the smartphone so far.

This time around Touch ID also features Haptic Touch, which means the button doesn’t click and vibrates instead. It still works just as well as it did with the iPhone 7 and iPhone 8. I generally found switching back to using a physical Touch ID sensor to be a nostalgic but frustrating experience.

I’m so used to iOS’ swipe gestures at this point that I needed to relearn how to navigate the operating system with a physical button to use the new iPhone SE. Of course, this won’t be a problem for anyone still rocking an iPhone featuring Touch ID. 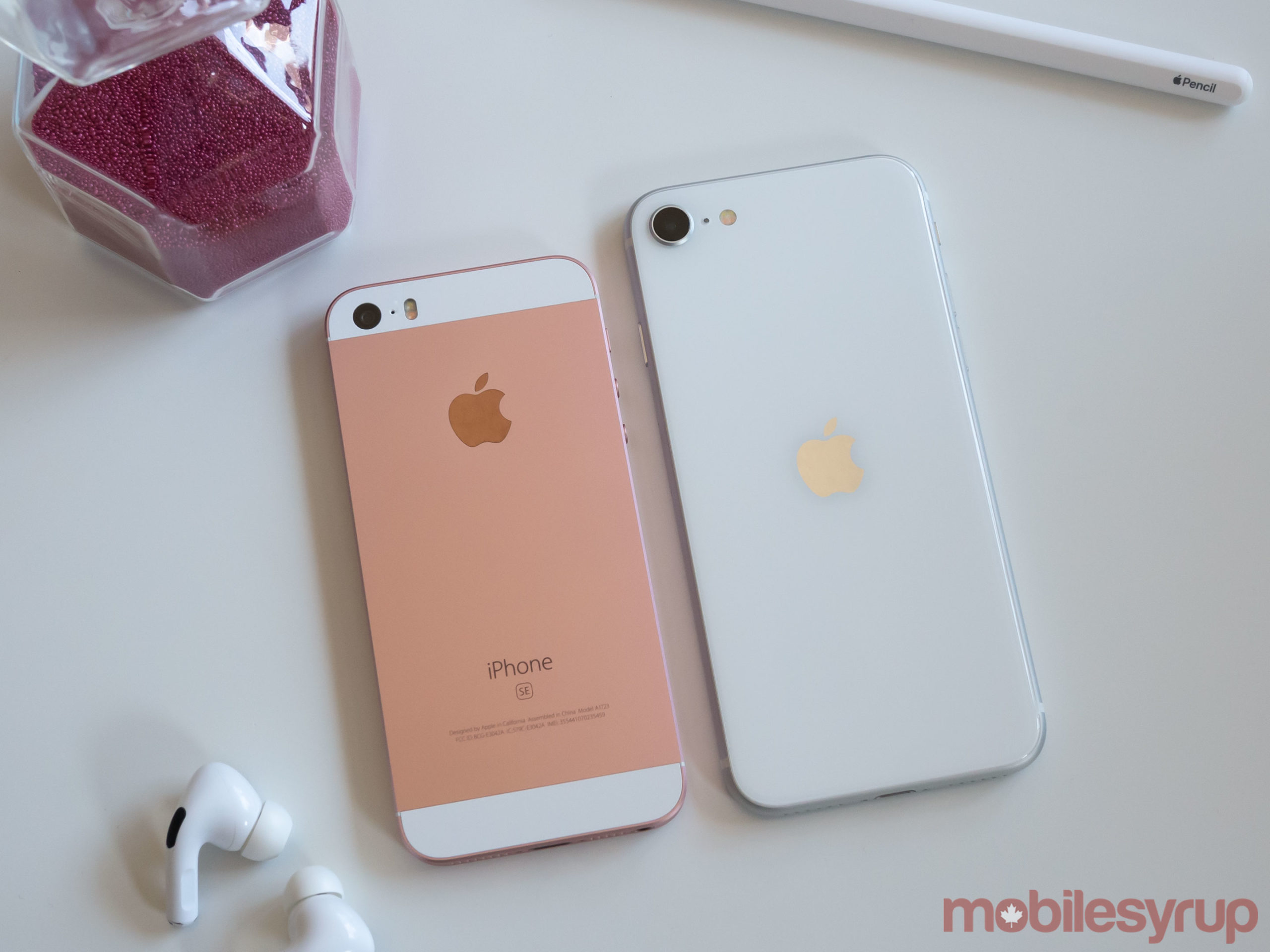 Given that the SE is pushing a much smaller LCD screen with a lower resolution, it should be benchmarking at least slightly higher than the iPhone 11 Pro Max, similar to the high benchmark achieved by the iPhone SE (2016).

This could have something to do with the SE featuring less RAM than the iPhone 11 Pro Max, or Apple including some sort of thermal throttling in the iPhone SE to make the A13 Bionic chip run in the body of an iPhone 8. 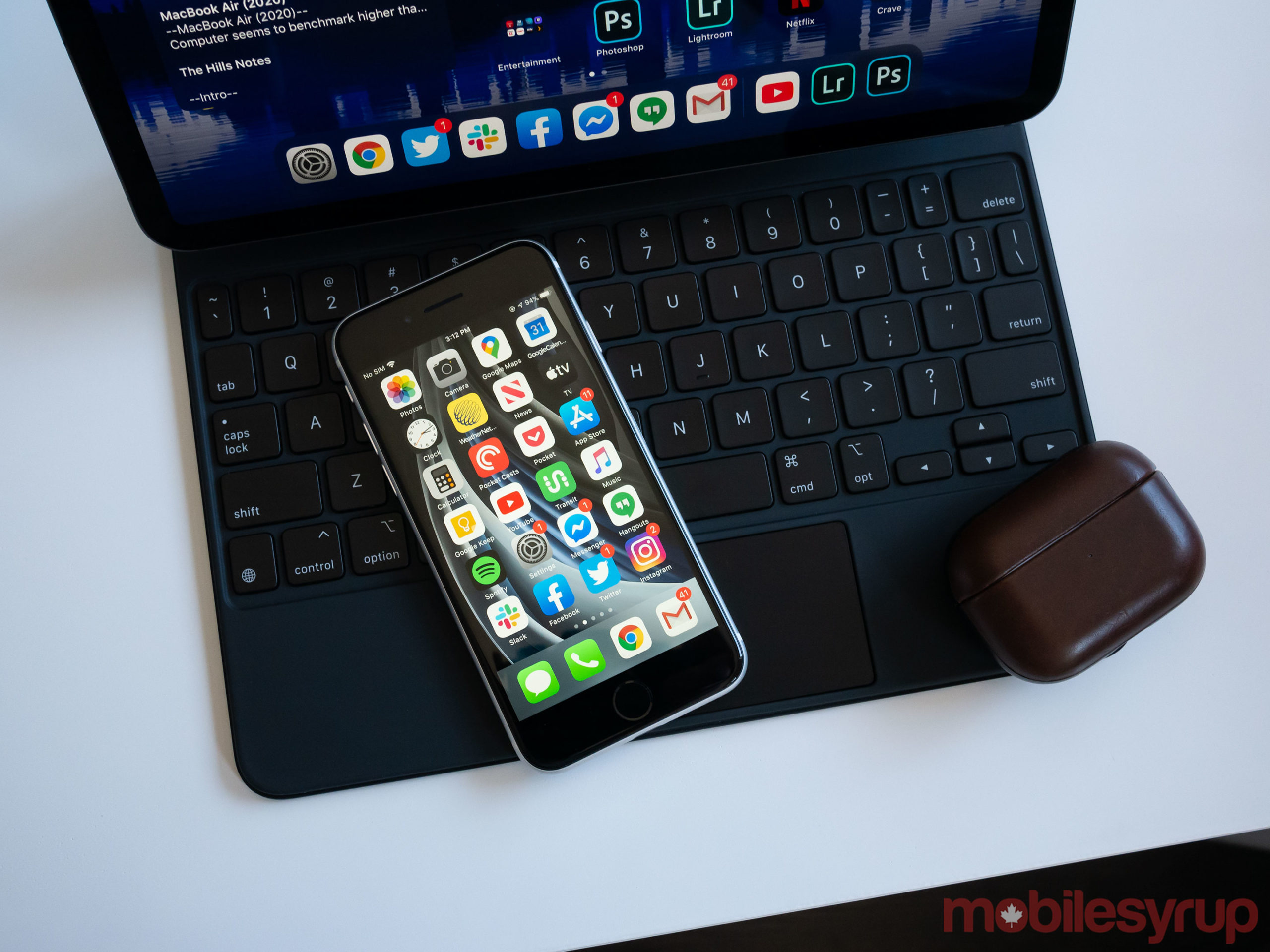 Whatever the reason, it doesn’t matter in a practical sense. The iPhone SE (2020) is a powerhouse of a smartphone capable of running any modern iOS app smoothly.

Like the rest of Apple’s recent iPhones, the SE, unfortunately, doesn’t feature a 3.5mm headphone jack. While I expected this, it’s still disappointing. Speaking of Apple’s last phone with big bezels, the new SE’s battery life measures in at roughly a day of use, just like the iPhone 8.

This means that the power efficiency offered by the A13 hasn’t changed the iPhone SE’s battery life in a significant way.

The SE features most of the iPhone camera features that matter 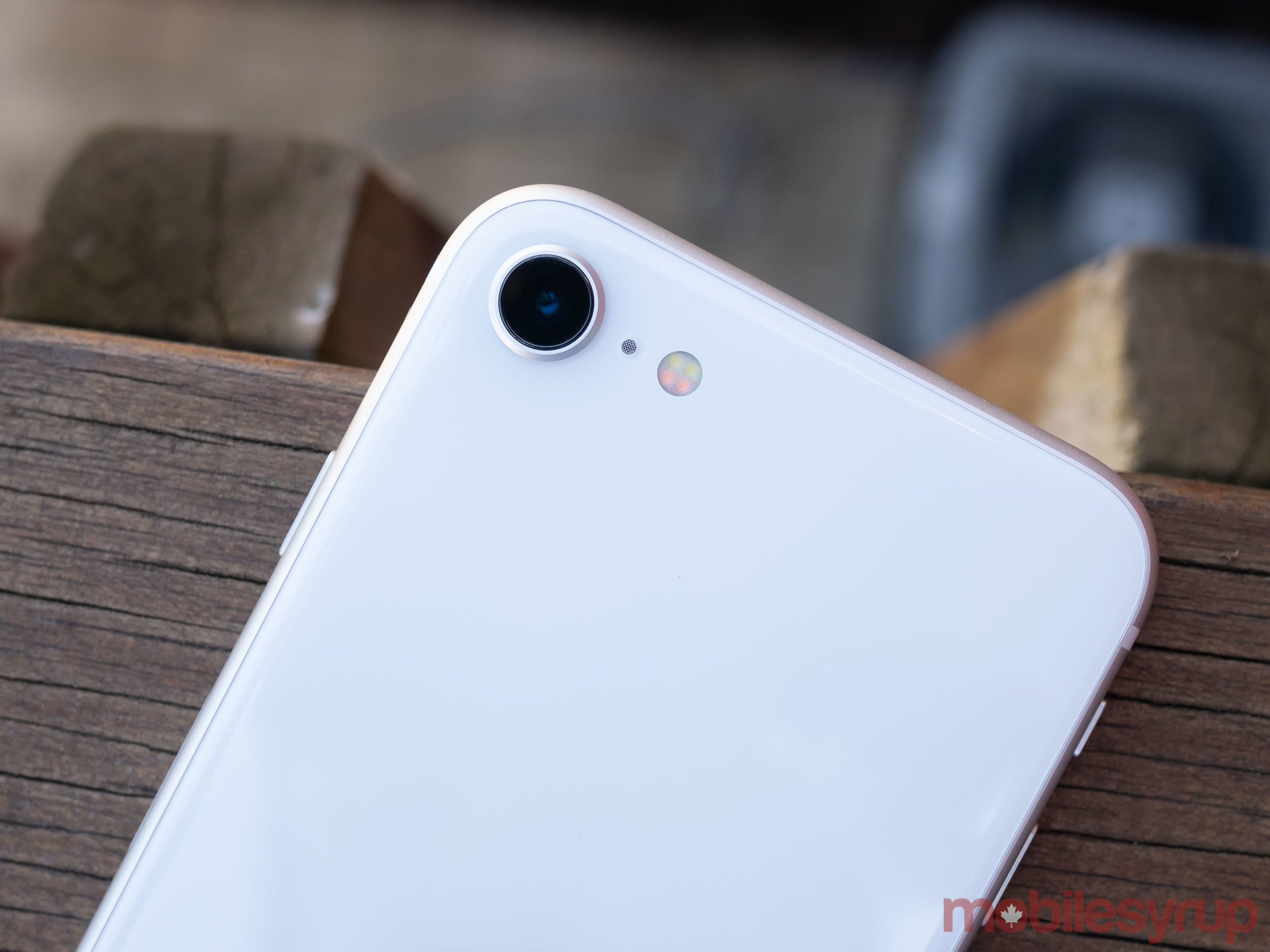 The SE’s rear-facing 12-megapixel camera snaps photos that seem to be on par with what the iPhone 11 is capable of shooting. 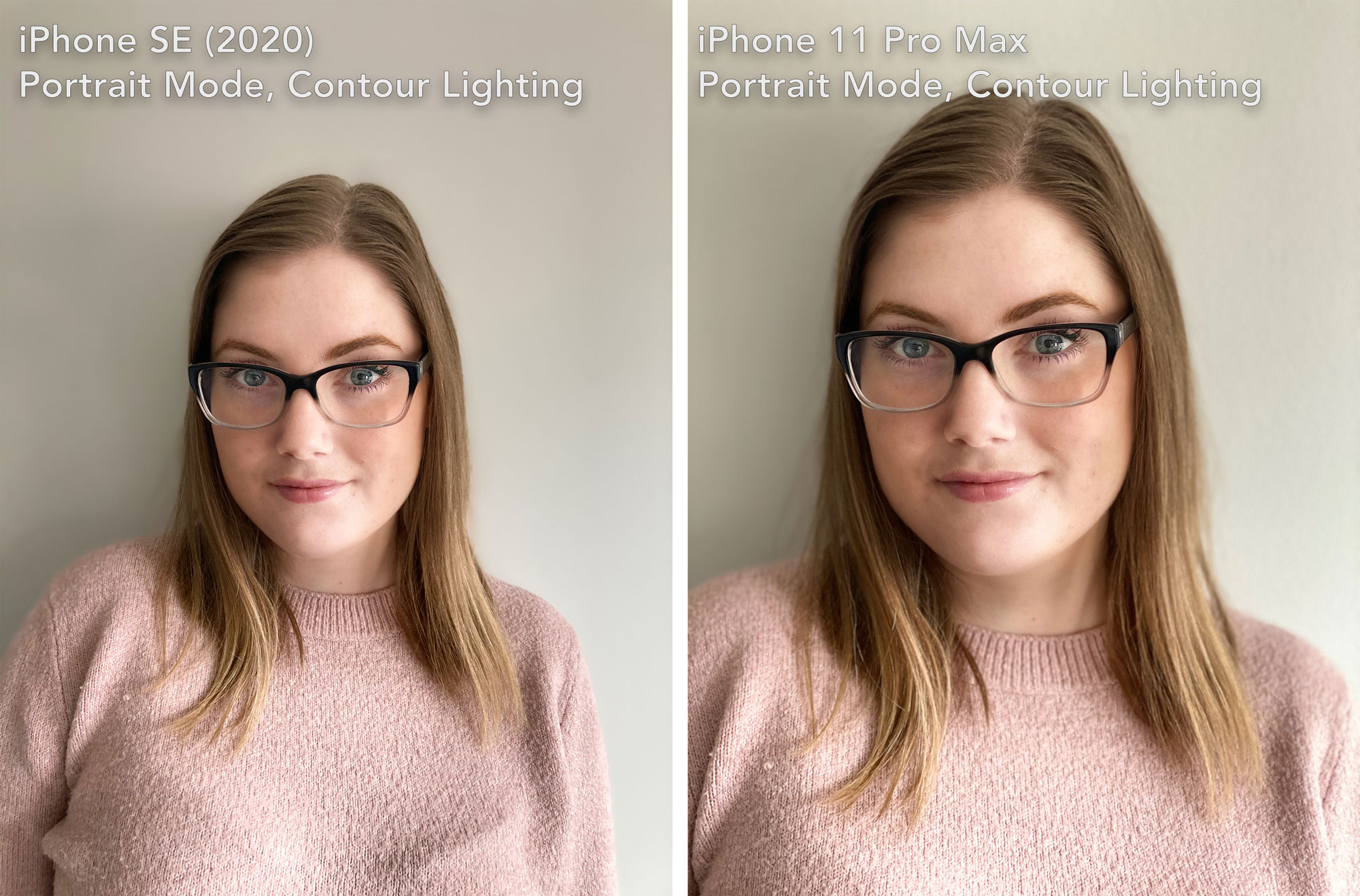 Even Apple’s computational photography Smart HDR, which often results in better photos when shooting under challenging lighting conditions, is featured in the SE.

On the front of the new SE, the 7-megapixel selfie shooter doesn’t snap images quite as impressive as what the iPhone 11 is capable of taking. Photographs tend to feature slightly more noise given the lower megapixel count, though the difference is negligible. The front-facing camera is only capable of shooting 1080p video. 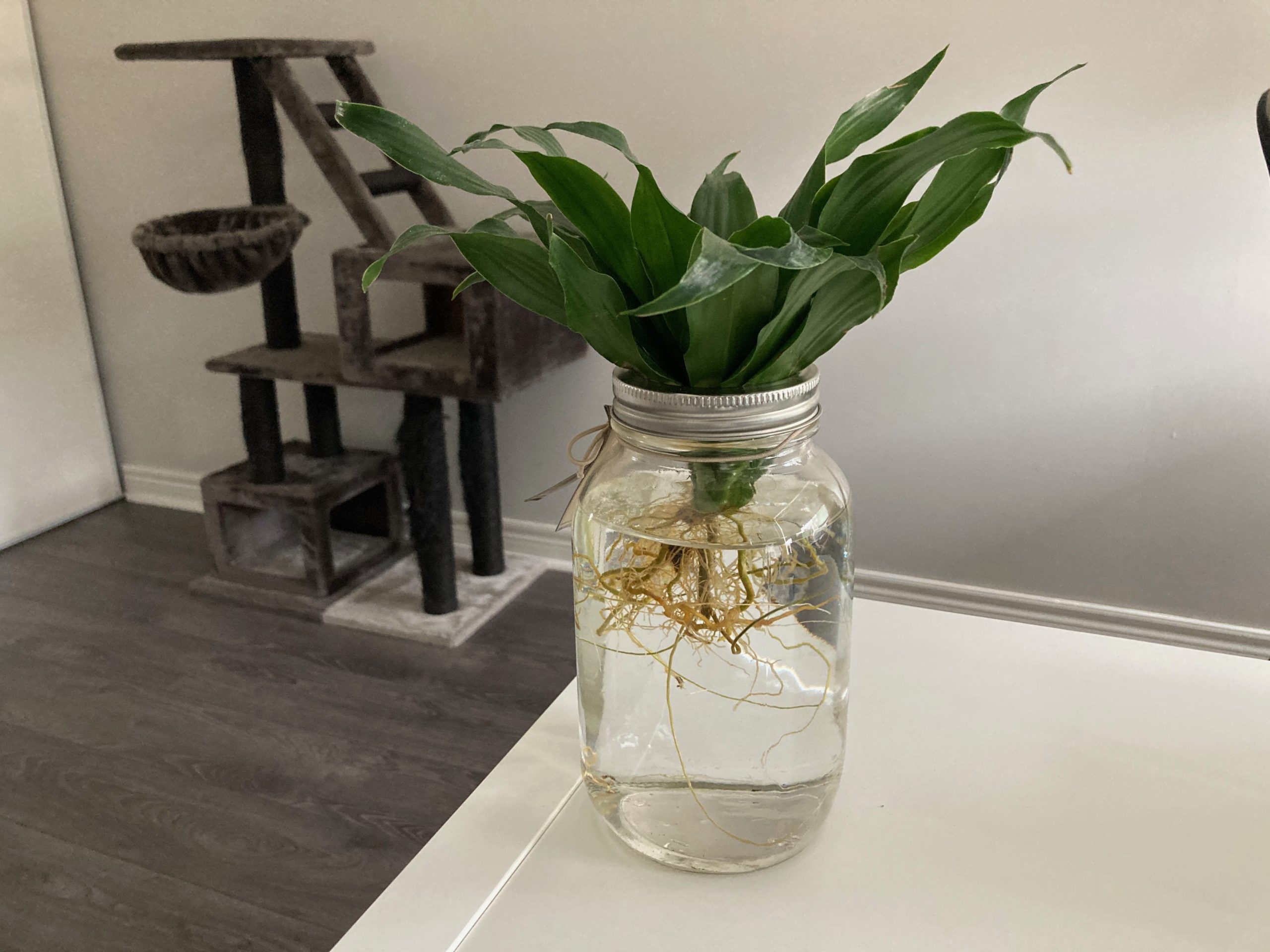 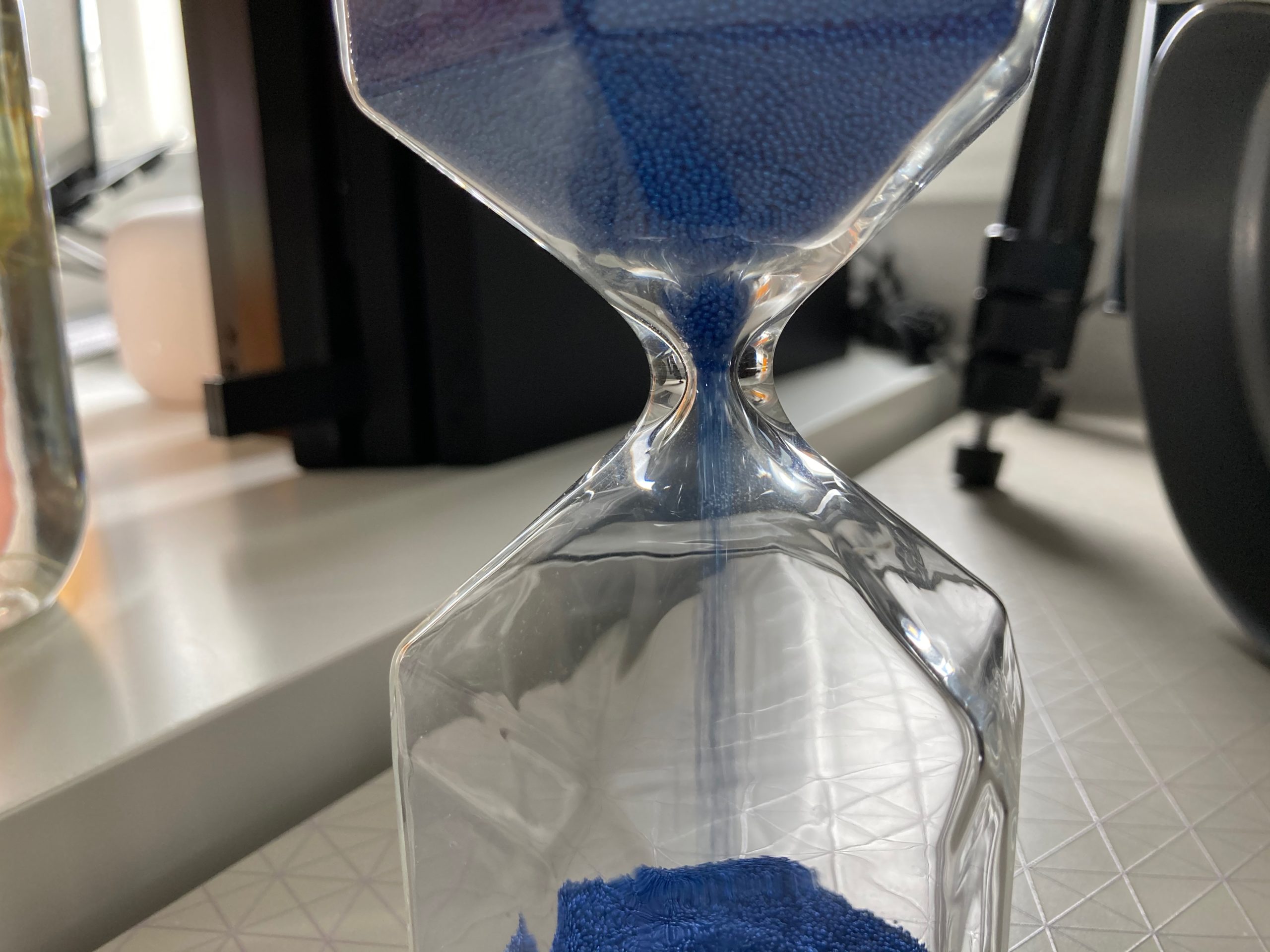 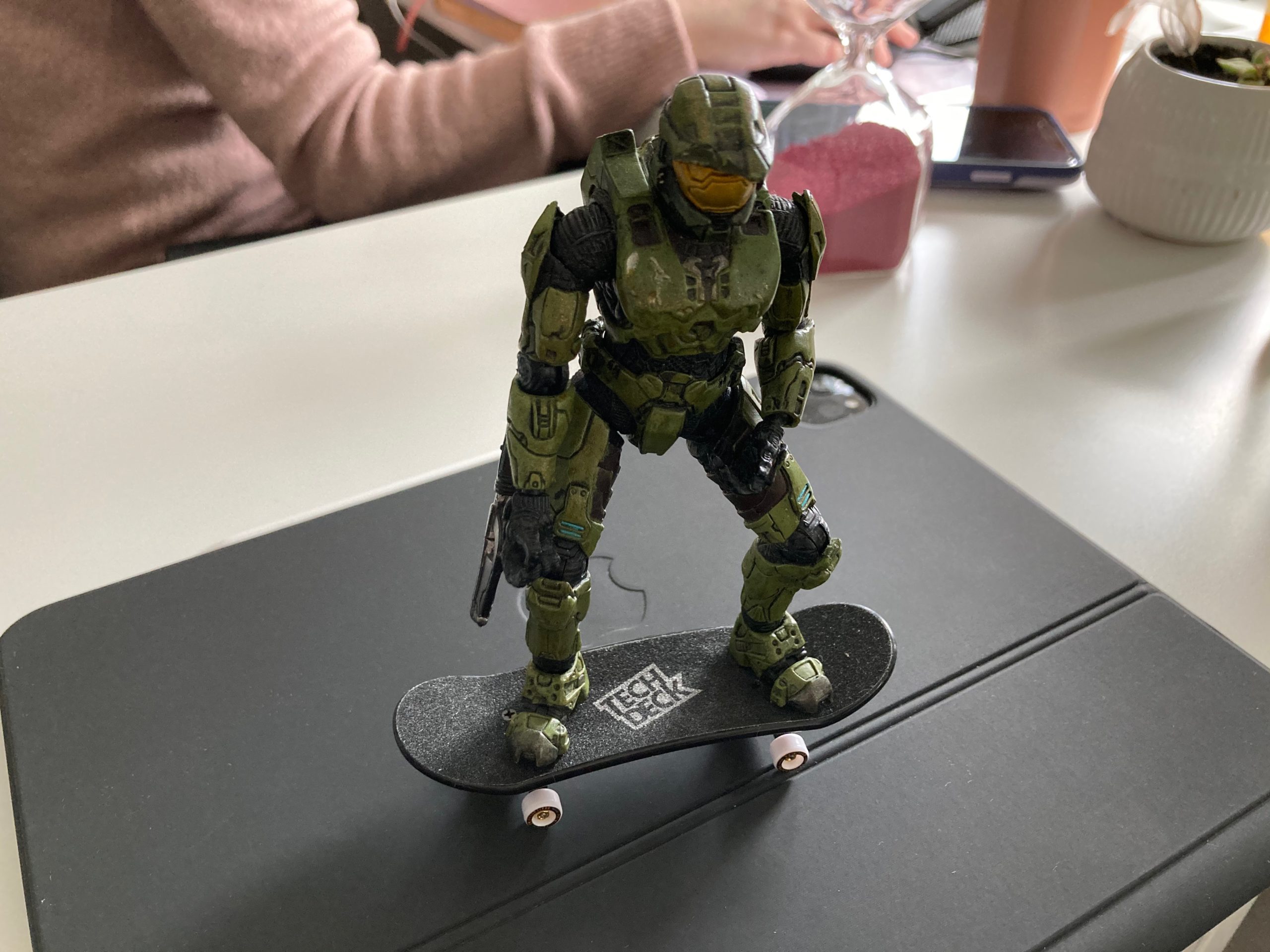 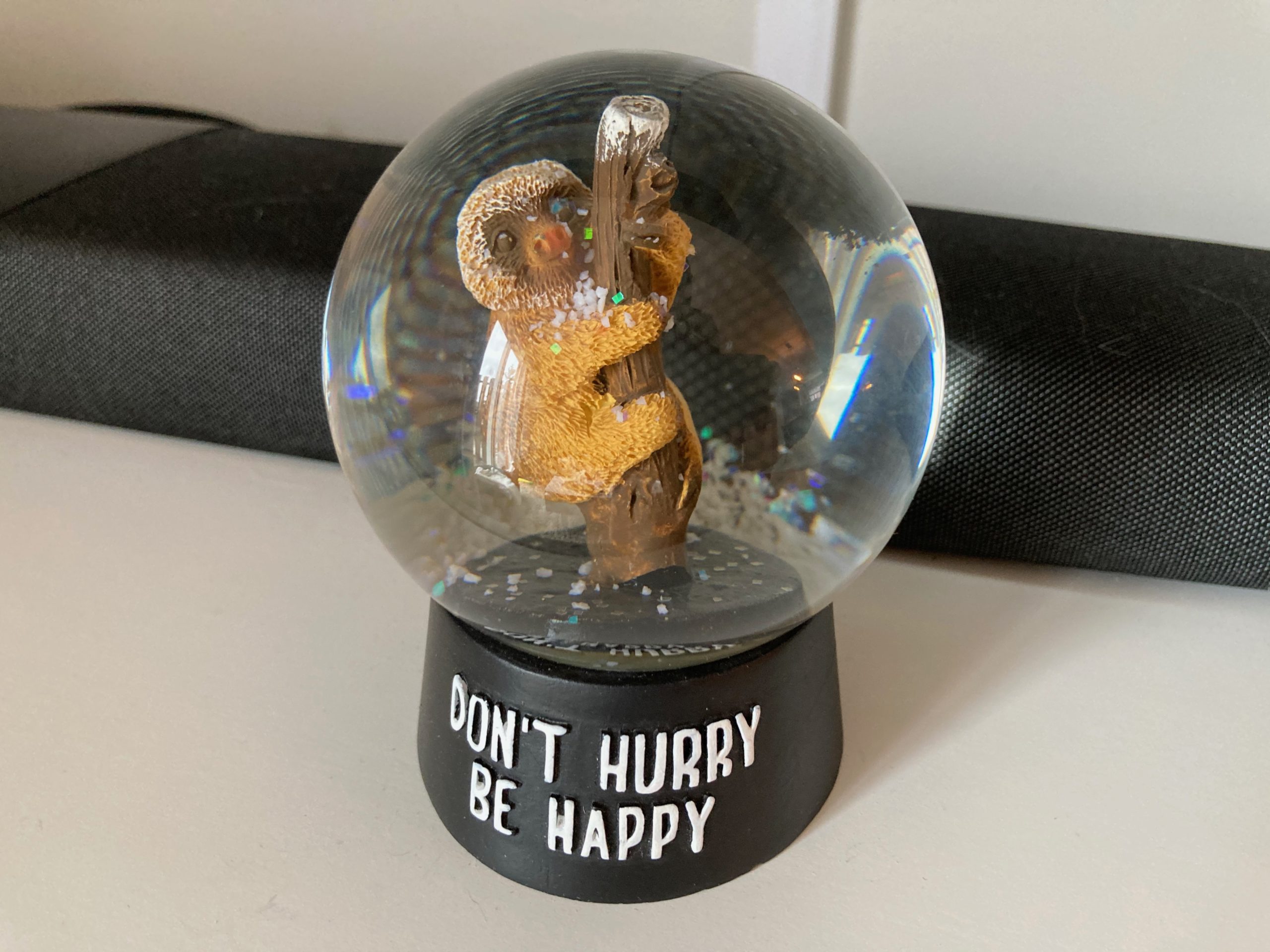 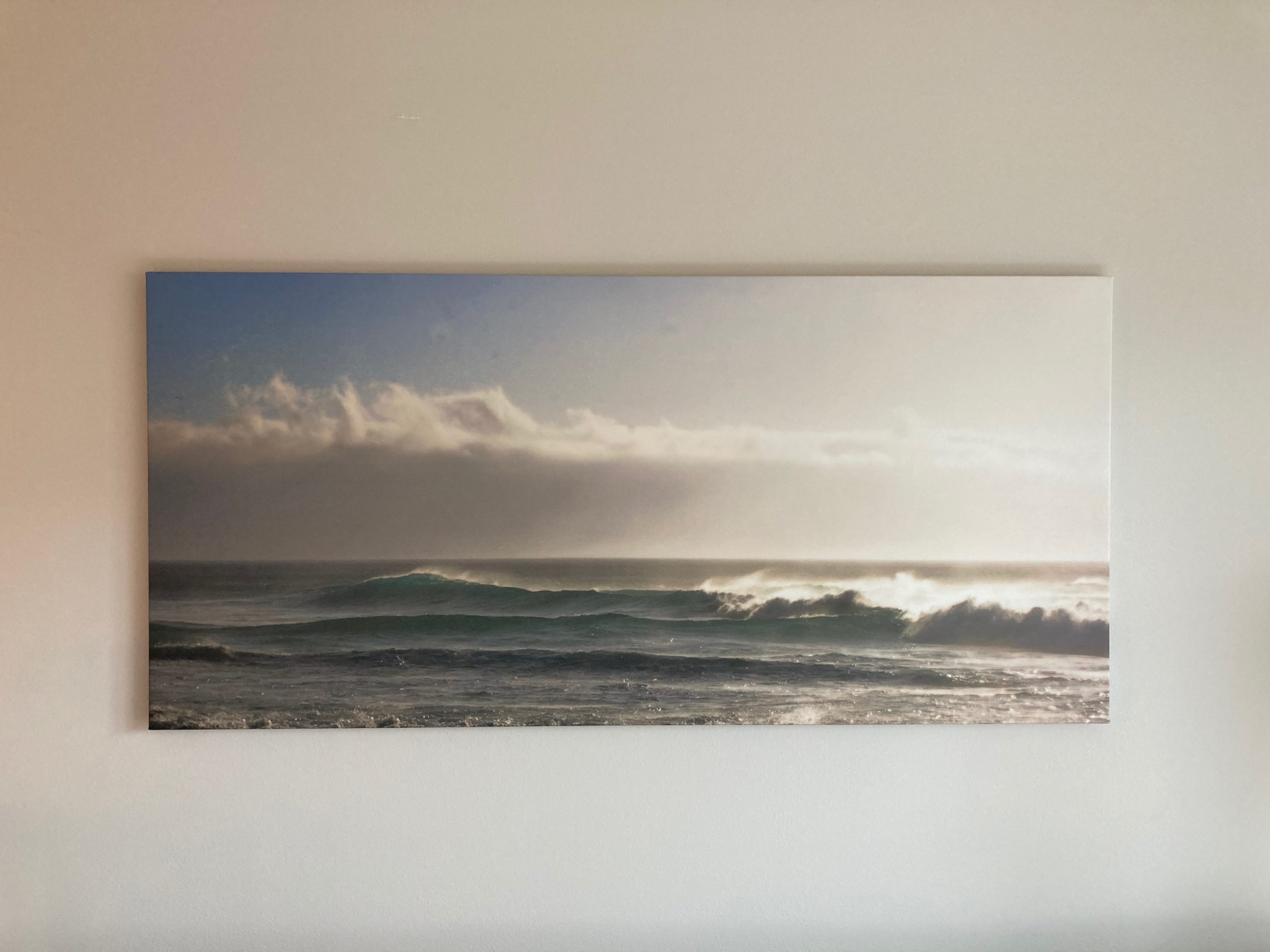 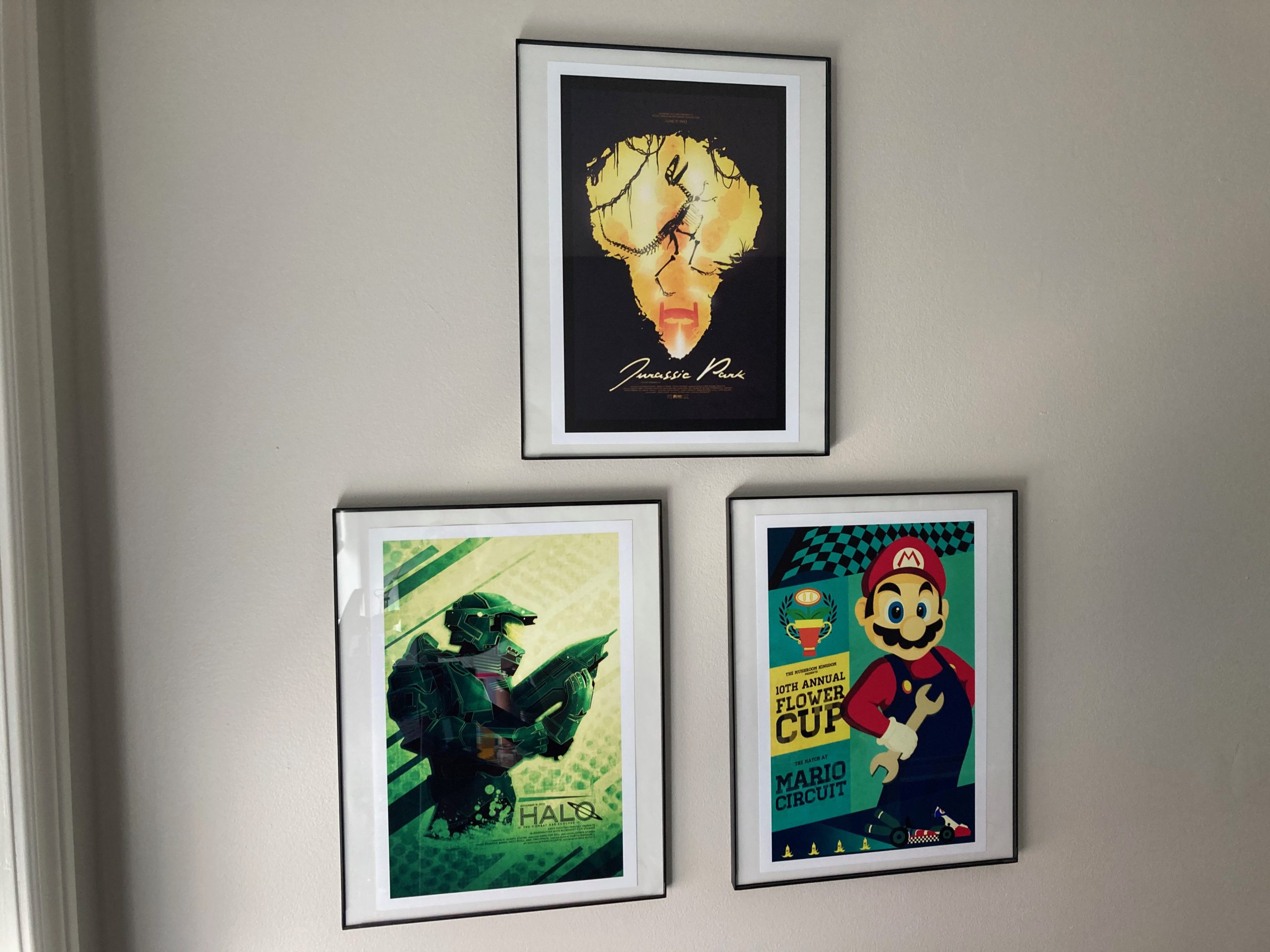 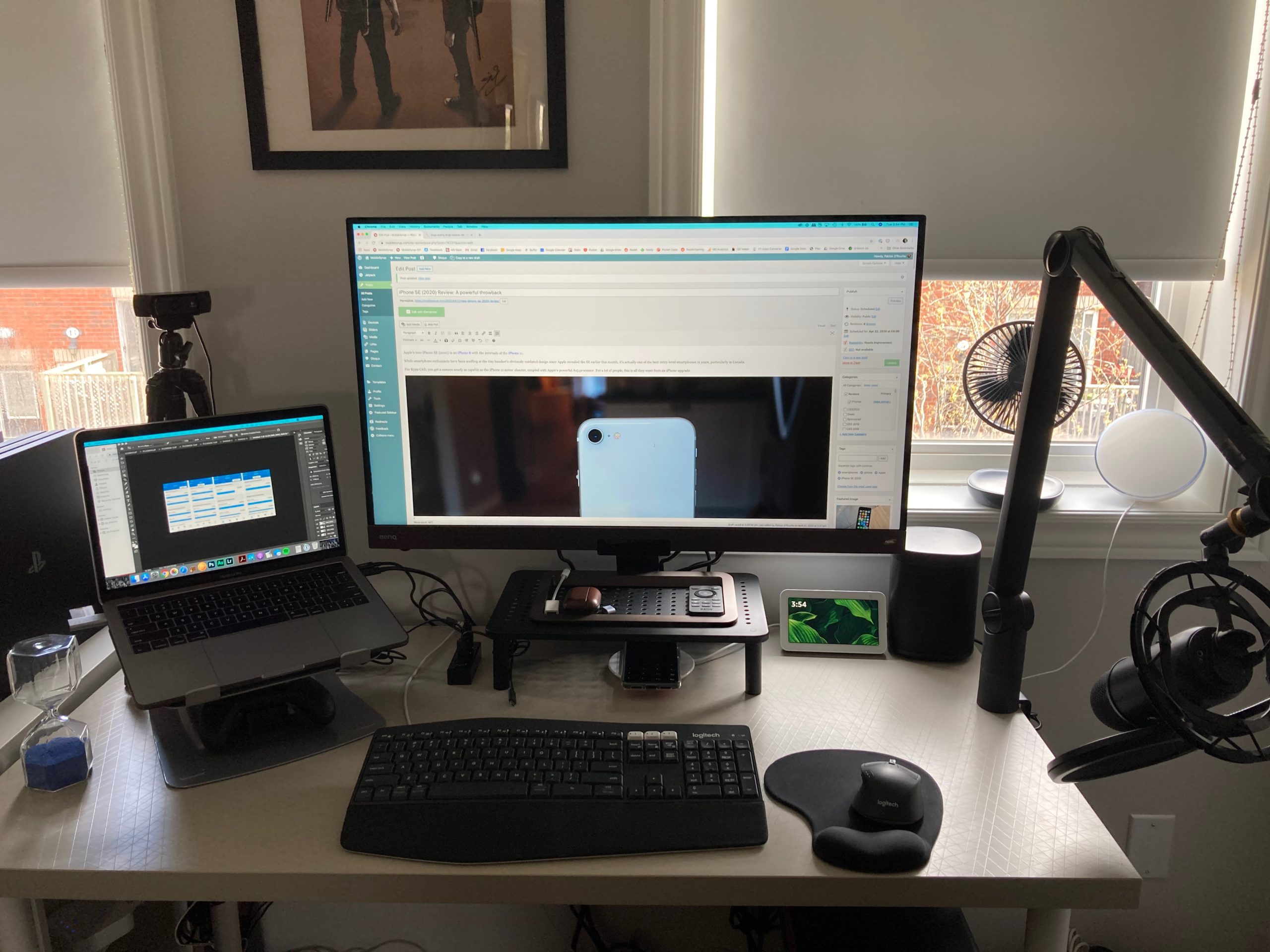 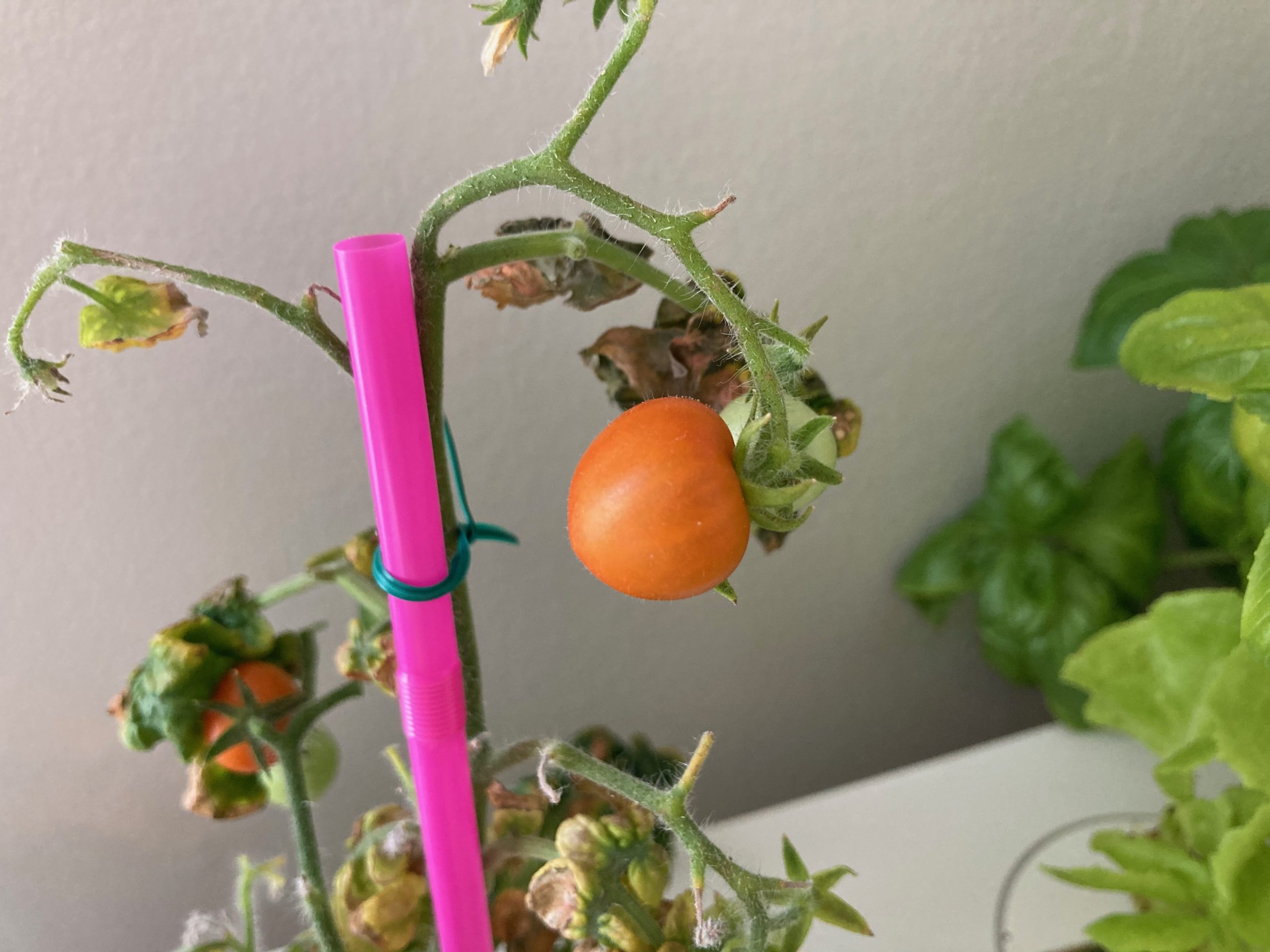 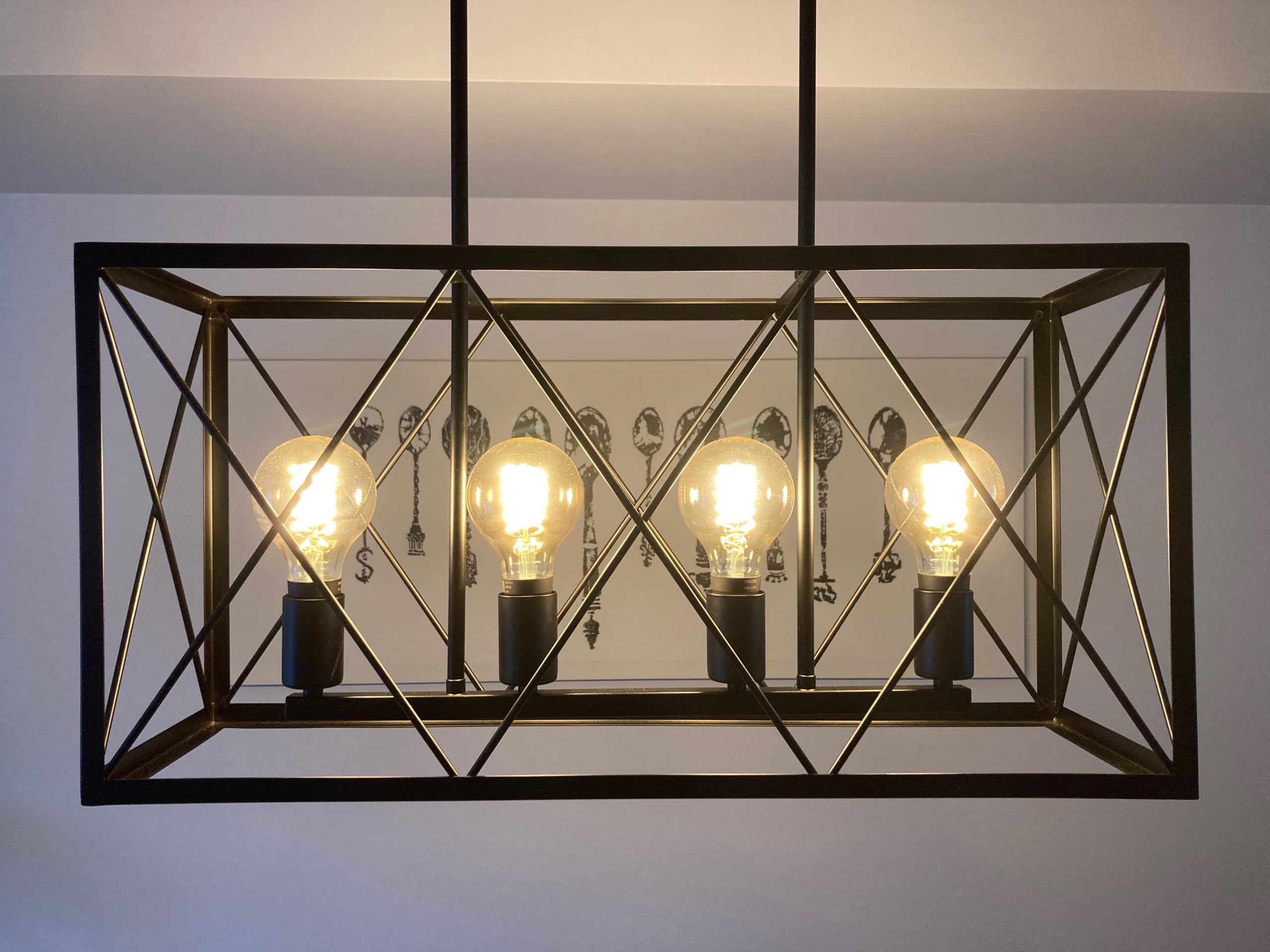 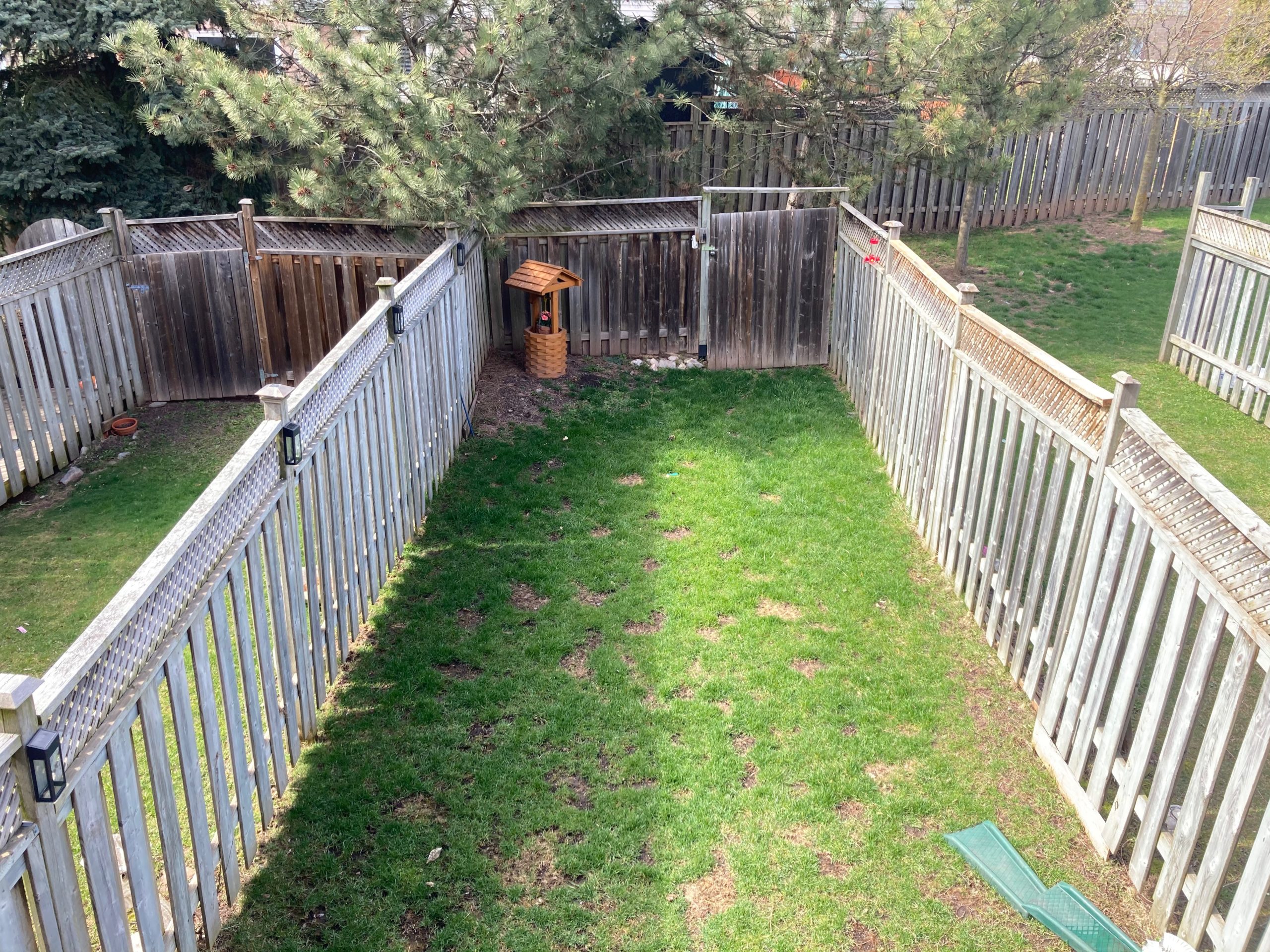 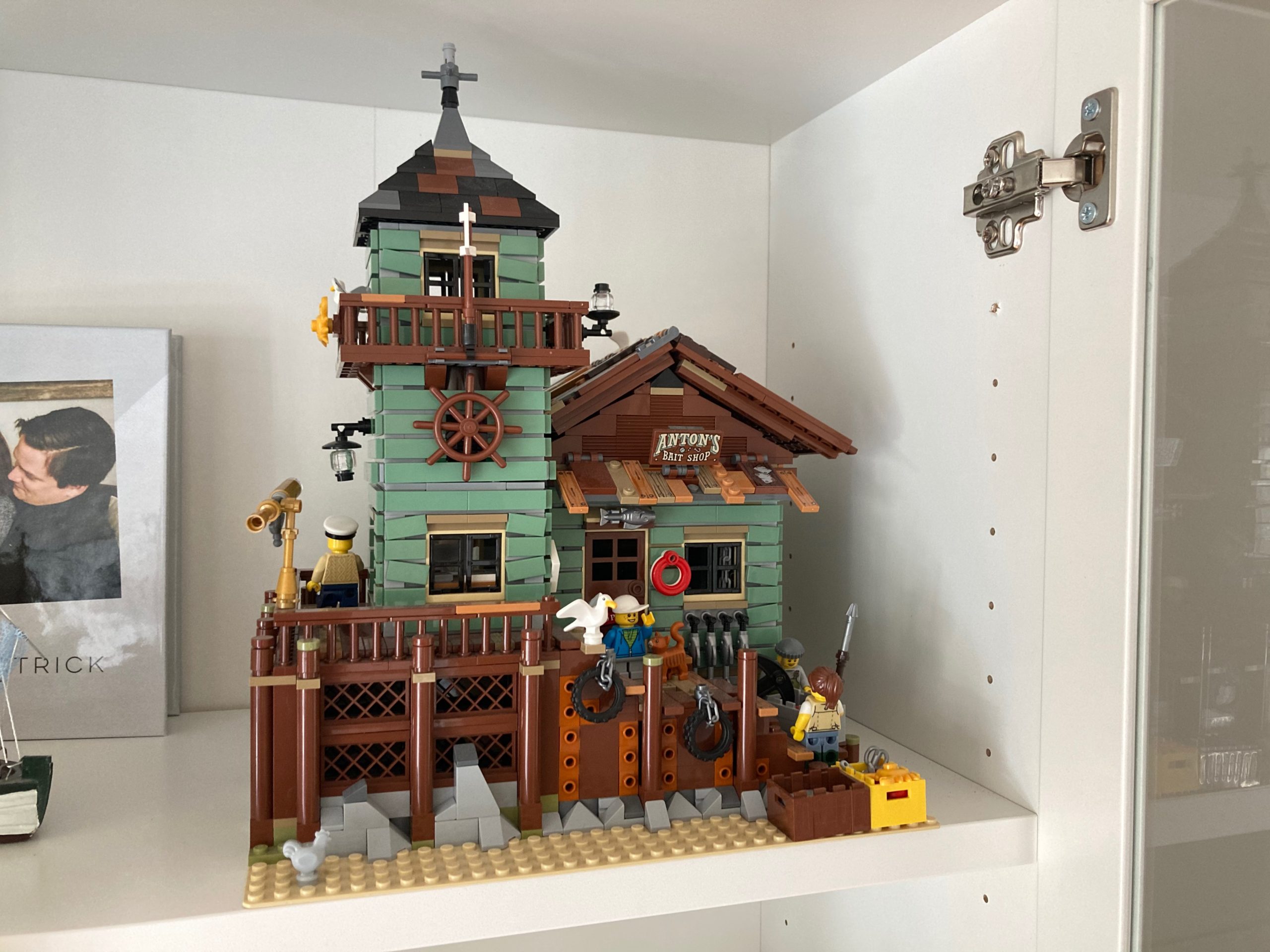 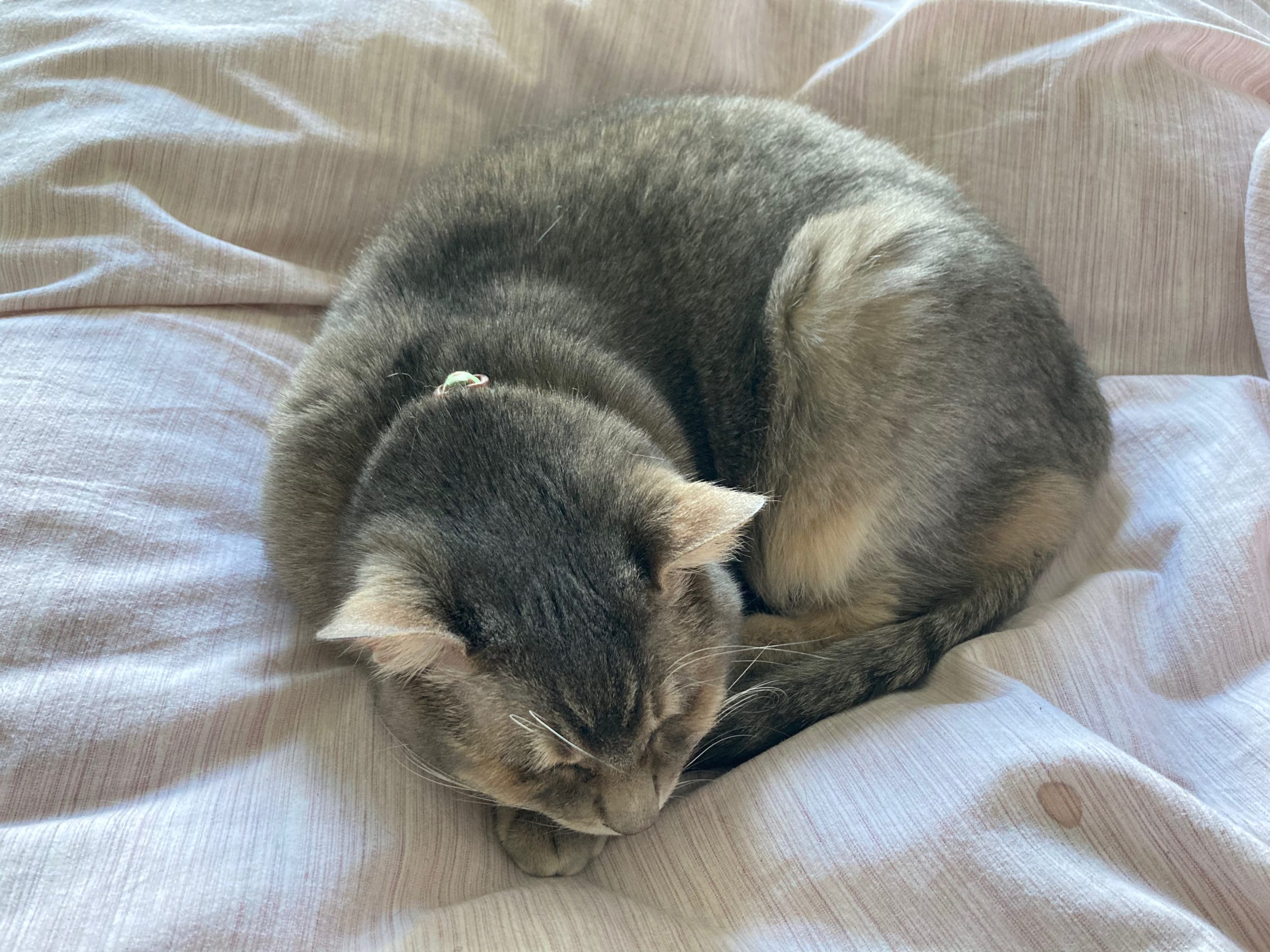 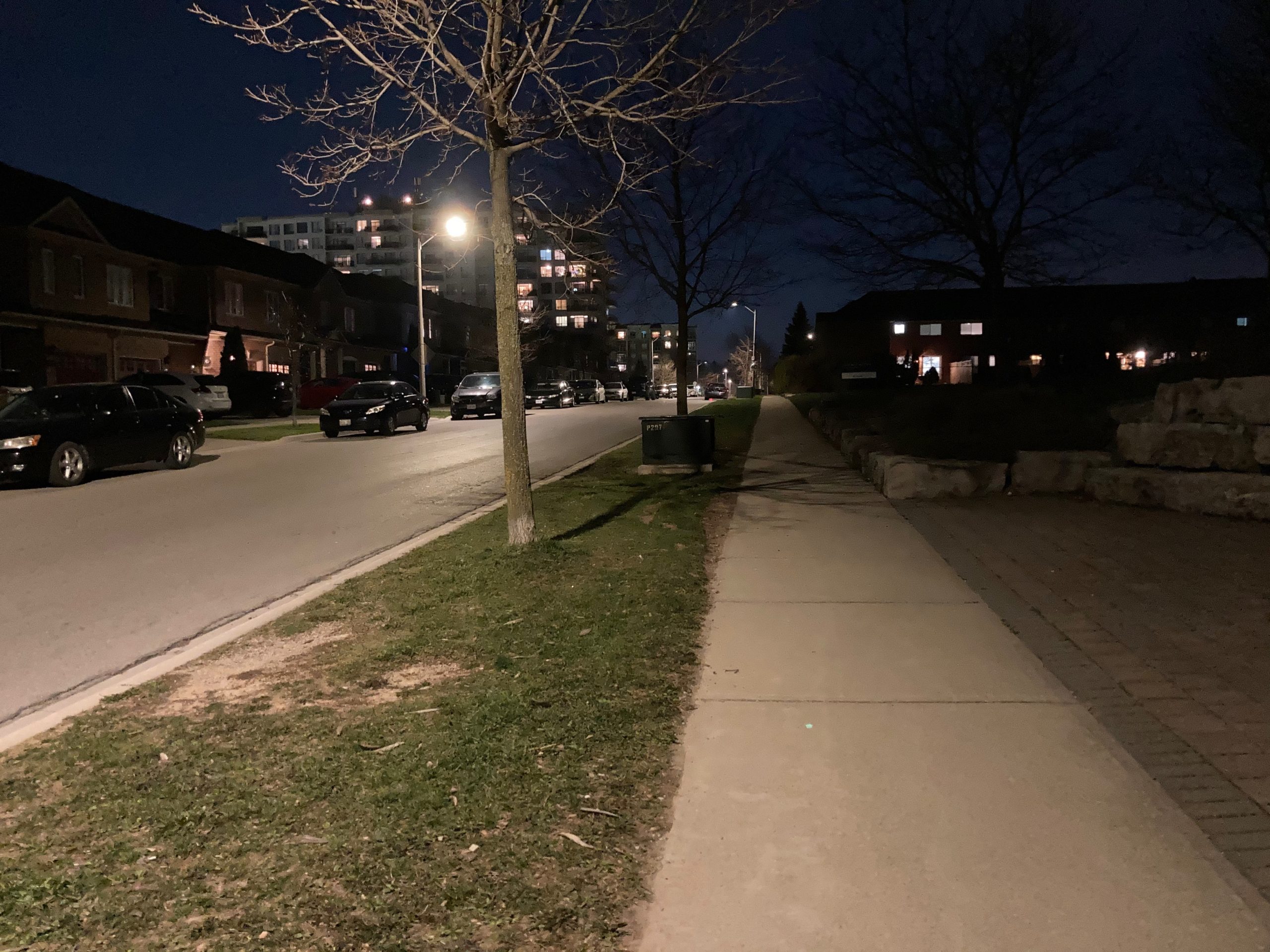 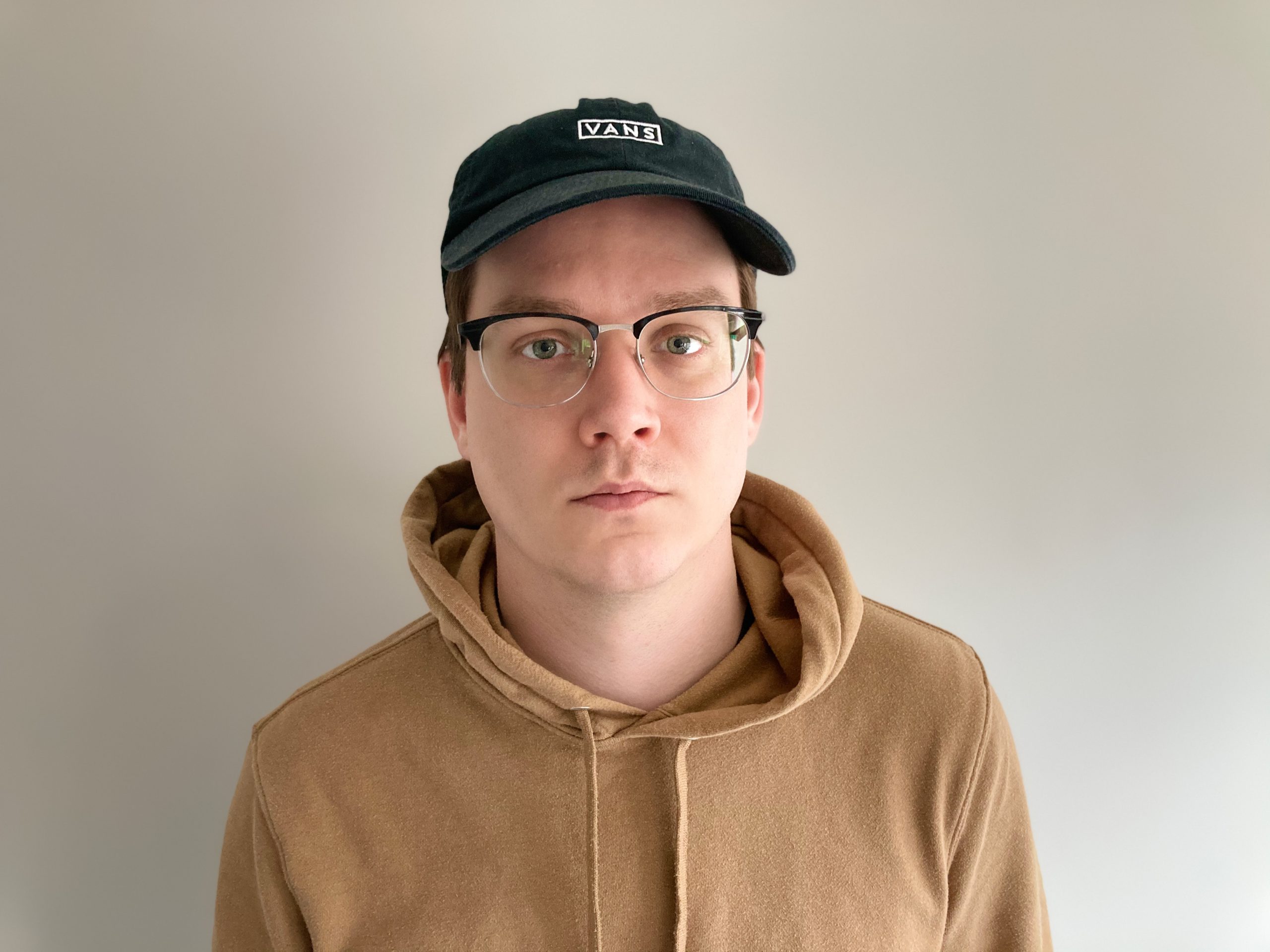 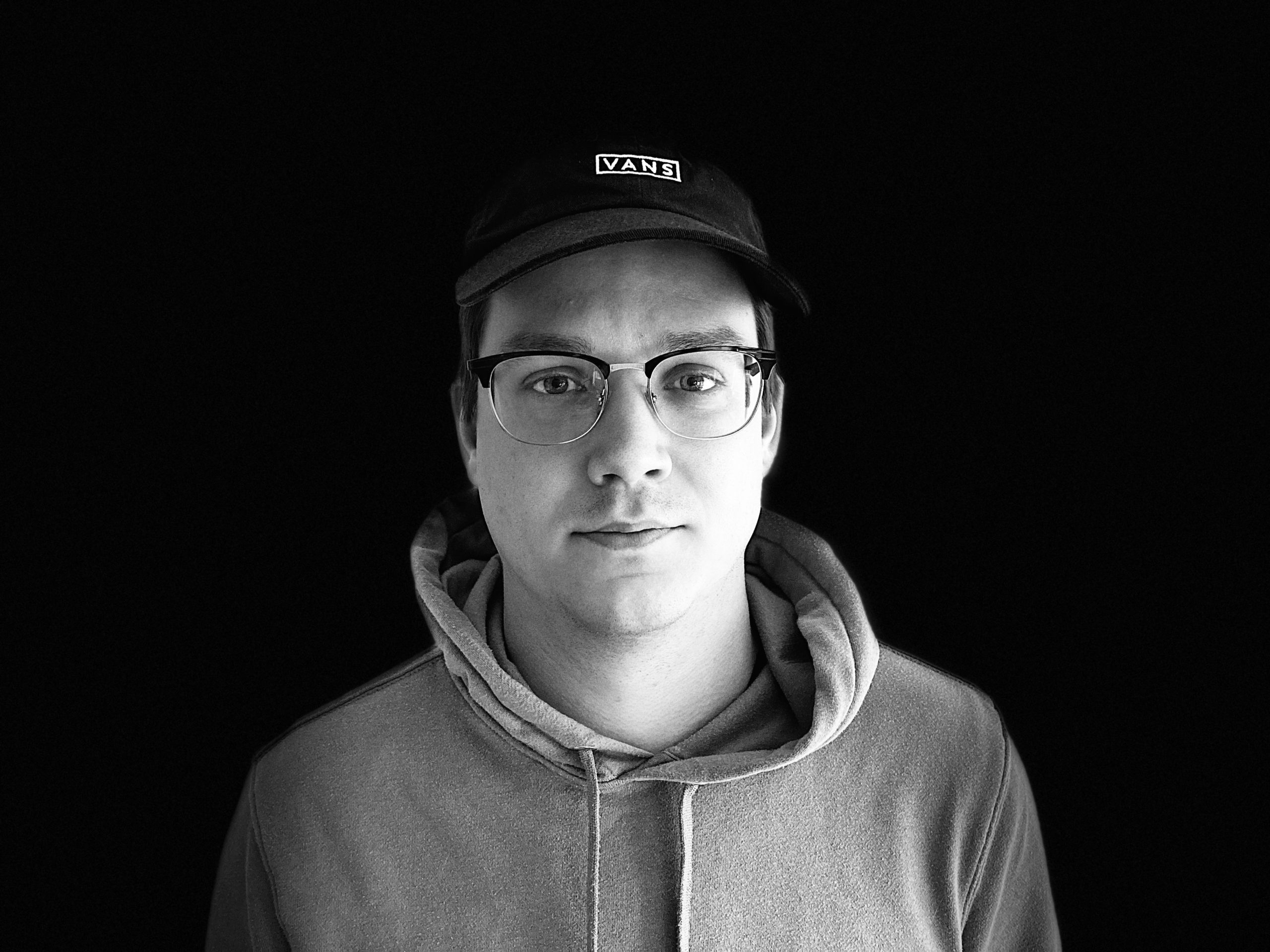 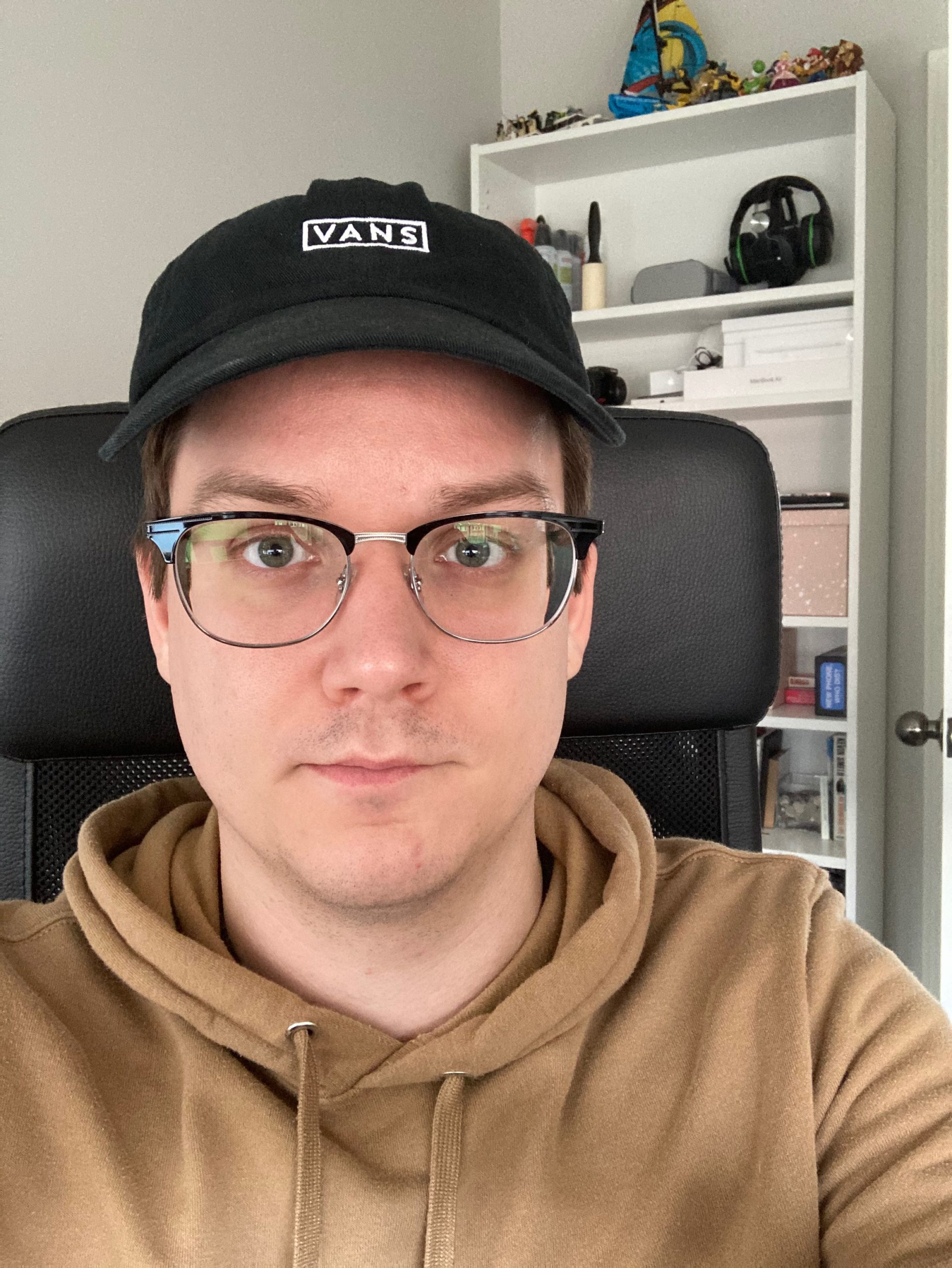 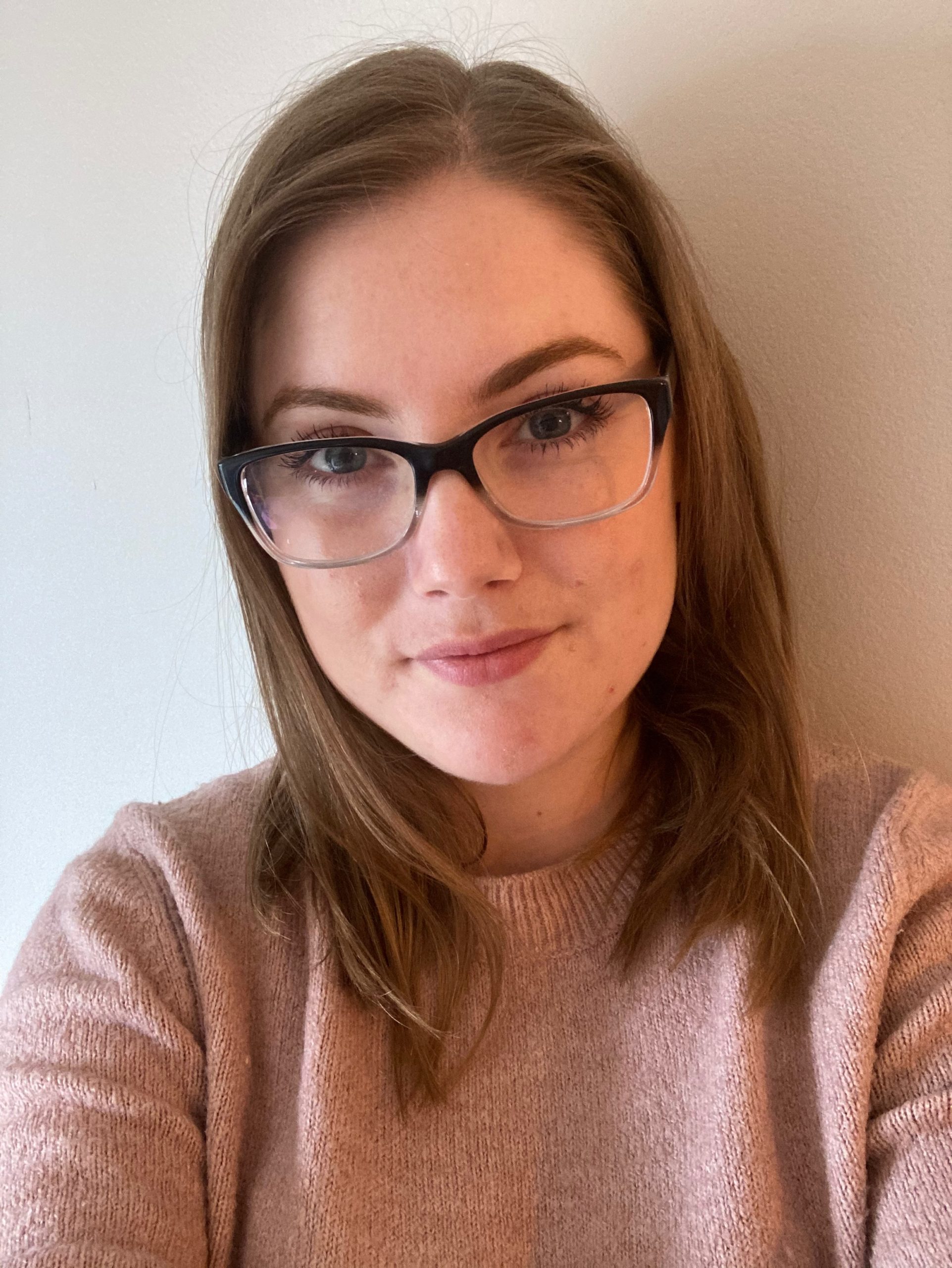 The new SE’s camera array isn’t perfect though. It’s disappointing that Apple didn’t find a way to make its ‘Night mode’ work with a single rear shooter, because this stands out as the new SE’s one major photography weakness. The smartphone’s low-light performance is passable but isn’t nearly as good as the iPhone 11’s and iPhone 11 Pro Max’s Night mode.

The only other camera feature worth mentioning is the new SE’s ability to shoot 4K stabilized video up to 60fps, which is an added bonus to the smartphone’s already impressive camera array. However, the iPhone SE (2020)’s target audience likely has no interest in shooting 4K content. 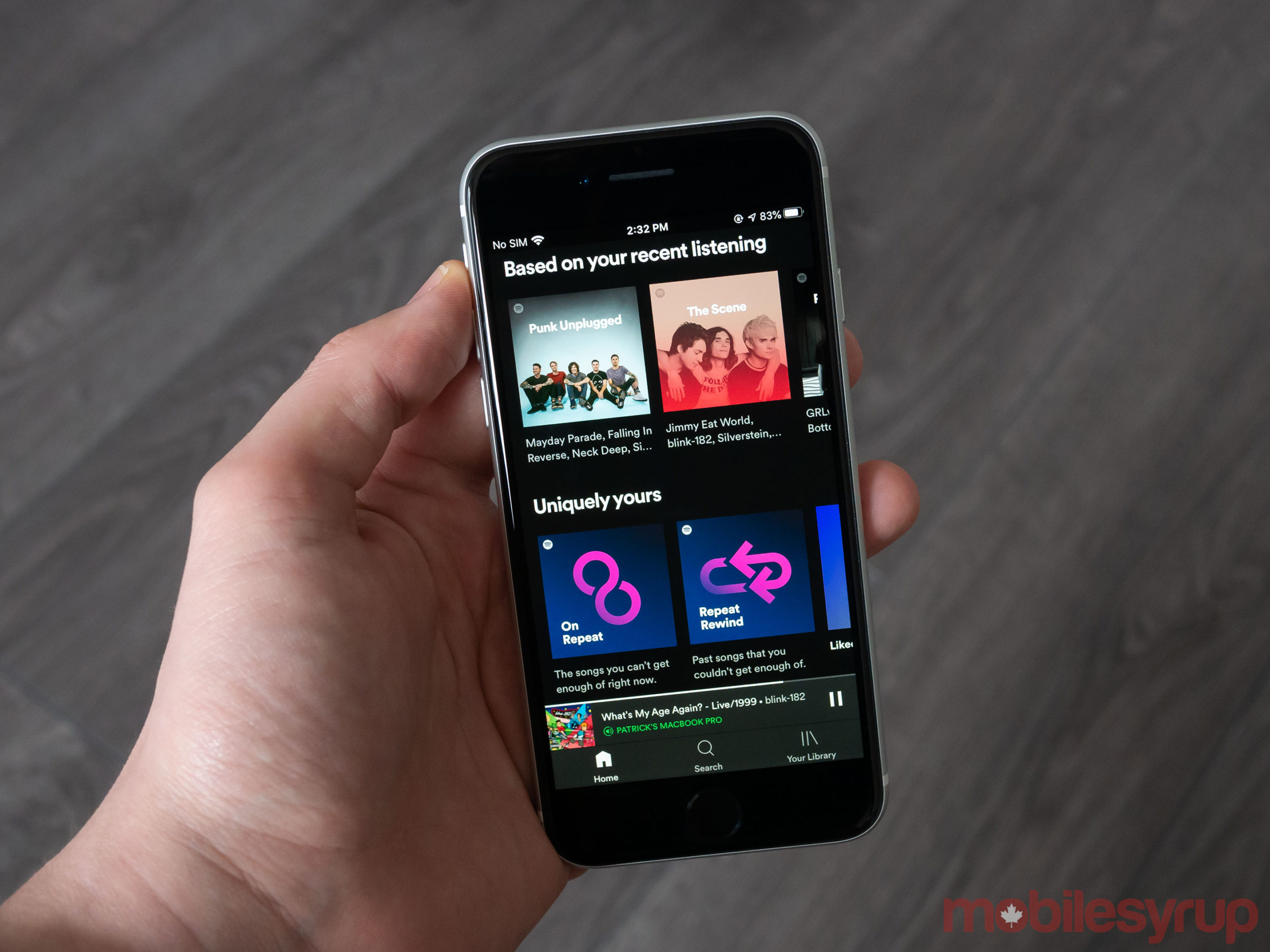 There are a lot of people who view iOS and Android as two separate worlds that should always be looked at independently without comparison. I’ve never understood this perspective because no smartphone exists in a vacuum.

While it’s true that most iPhone and Android owners aren’t jumping camps on a whim with every new smartphone purchase, it’s essential to place Apple’s iPhone SE within the broader smartphone industry.

In terms of comparably priced and specced smartphones, there are a few really great options out there, including Samsung’s impressive Galaxy A71, LG’s G8X and, most notably, last year’s OnePlus 7T. 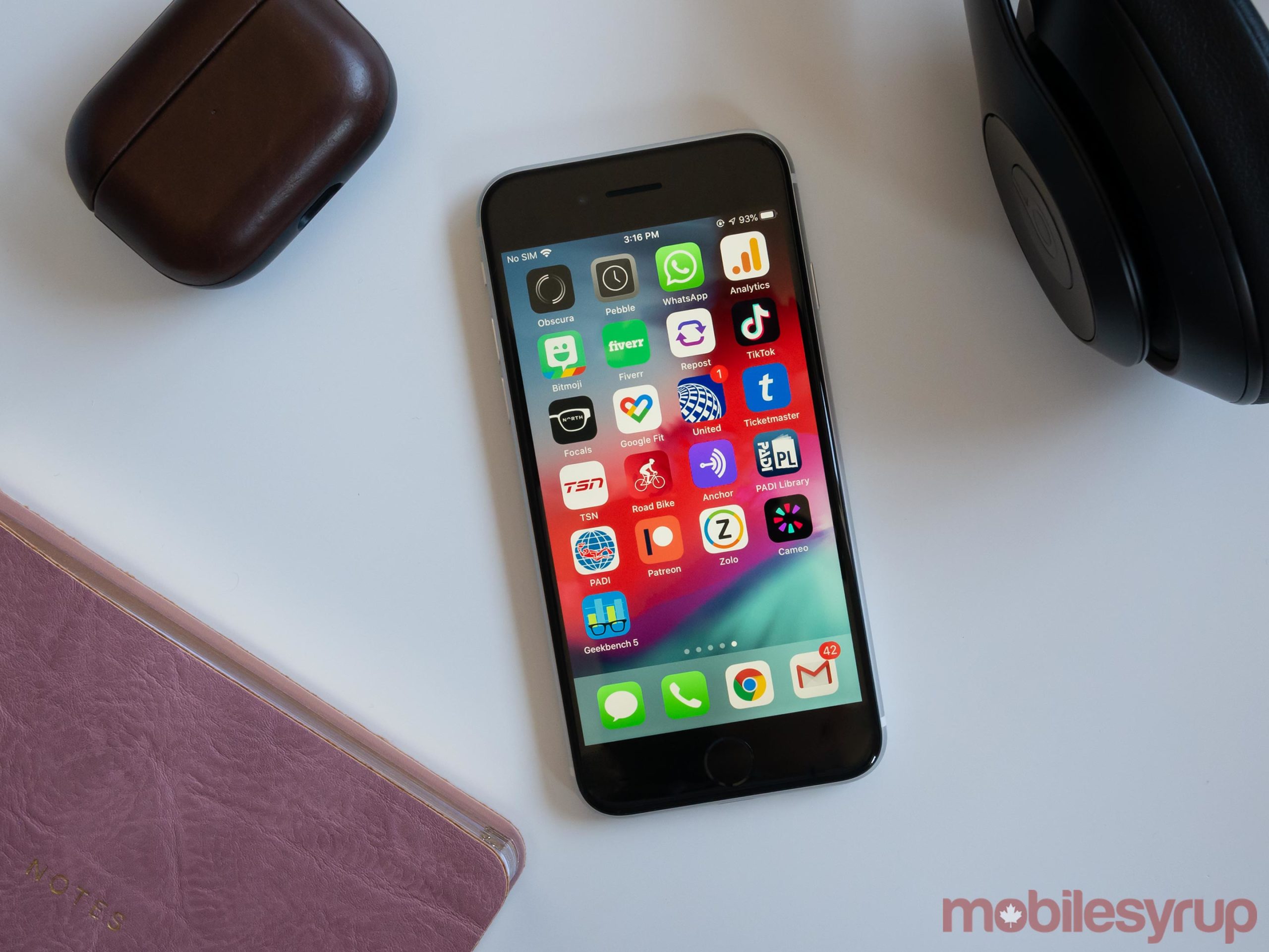 The 7T remains one of the best smartphone deals for Canadians if you’re willing to take that extra step and order the device from OnePlus’ website (during the COVID-19 pandemic, you arguably need to do the same thing to get your hands on an iPhone SE, anyway).

The OnePlus 7T — which is currently on sale for an impressive $669 — includes a still-very powerful Snapdragon 855+ processor, a 48-megapixel-base triple rear camera coupled with a 16-megapixel front-facing shooter, and a fluid 6.55-inch 90hz 1080 x 2400 pixel display. The 7T, most importantly, also looks like a modern smartphone, unlike the new iPhone SE, which in some ways, is a lateral move for Apple in terms of its design.

There’s also the rumoured Pixel 4a looming on the horizon. Though we don’t know anything official about Google’s upcoming mid-range smartphone yet, it’s rumoured to cost roughly $599, putting it in the same price range as the new SE. 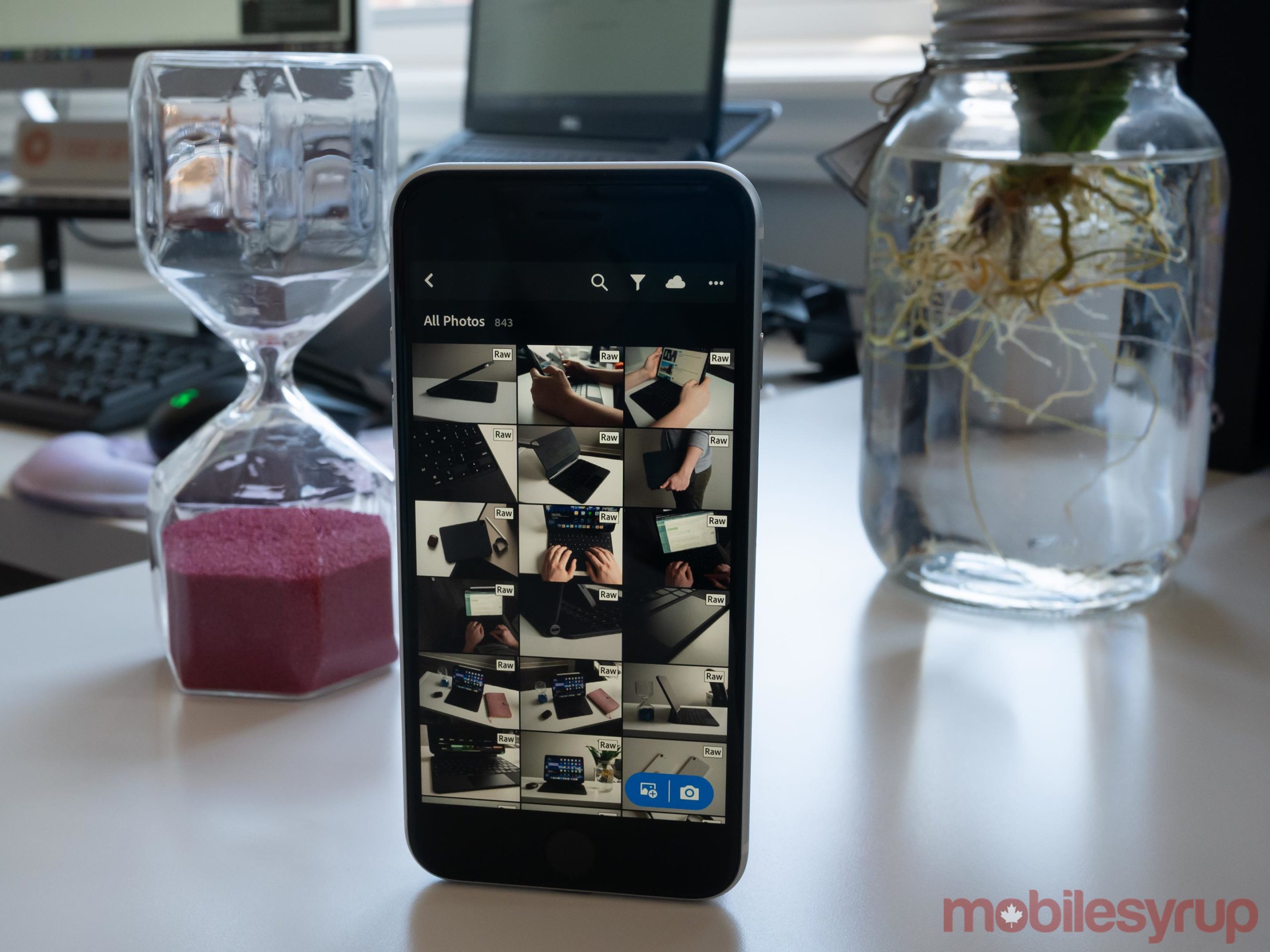 Rumours point to the 4a featuring a 5.81-inch 1080 x 2340 screen, a 12.2-megapixel rear shooter and an 8-megapixel front-facing camera, coupled with a not quite high-end Qualcomm Snapdragon 730 processor. If rumours are accurate, the 4a will also look far more modern than the SE thanks to its front-facing hole-punch camera and minimized bezels. There’s also a possibility the 4a will be capable of shooting better photos than the new iPhone SE, given how great the Pixel series has been regarding photography for the last few years.

Though the 4a will have several advantages over the new SE, including likely better camera performance and a better look, Google’s entry-level smartphone’s processor will easily be bested by Apple’s A13 Bionic chip, with the 7T’s more powerful Snapdragon 855+ being in a similar situation.

Odds are that anyone currently using an iPhone 6, iPhone 7 or iPhone 8 and interested in upgrading to the iPhone SE likely isn’t considering switching to Android. Still, there’s an entire world of cheap entry-level Android devices comparable to the iPhone SE that are important to mention. 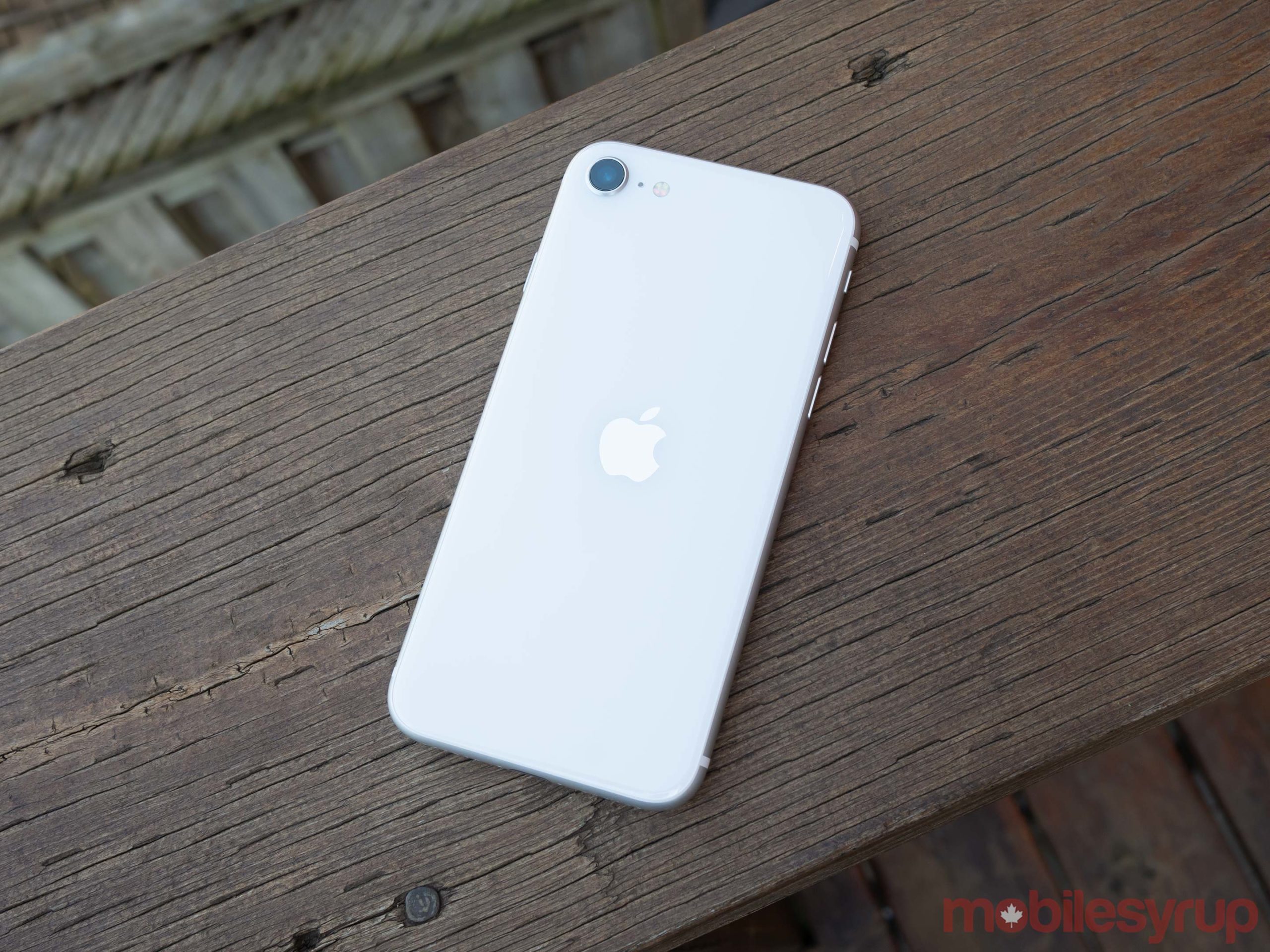 So who is the iPhone SE for?

The SE is clearly one of the best entry-level smartphone options currently available in Canada, both in terms of its performance and price tag, but it's difficult to justify Apple not updating the iPhone 8's design in some way. This is an obvious cost-saving measure on the tech giant's part, and adds fuel to the "spare parts bin iPhone" theory often thrown around regarding the iPhone SE series.

There's no getting around the fact the SE looks very dated in 2020 thanks to the massive bezels on its top/bottom and even its sides. In fact, when the iPhone 8 was first released back in 2017, it already looked like an old smartphone. Still, the audience this device is targeting probably doesn't care what their device looks like. Make no mistake, this is not a handset for smartphone enthusiasts that are looking for a flashy, modern-looking device.

The new SE is for iPhone users clinging to an iPhone 6, iPhone 7 or an iPhone 8, hoping that Apple would release an upgraded version of the smartphone featuring Touch ID, a small size and a design they're familiar with.

"The new SE is for iPhone users clinging to an iPhone 6, iPhone 7 or an iPhone 8, hoping that Apple would release an upgraded version of the smartphone featuring Touch ID, a small size and a design they're familiar with"