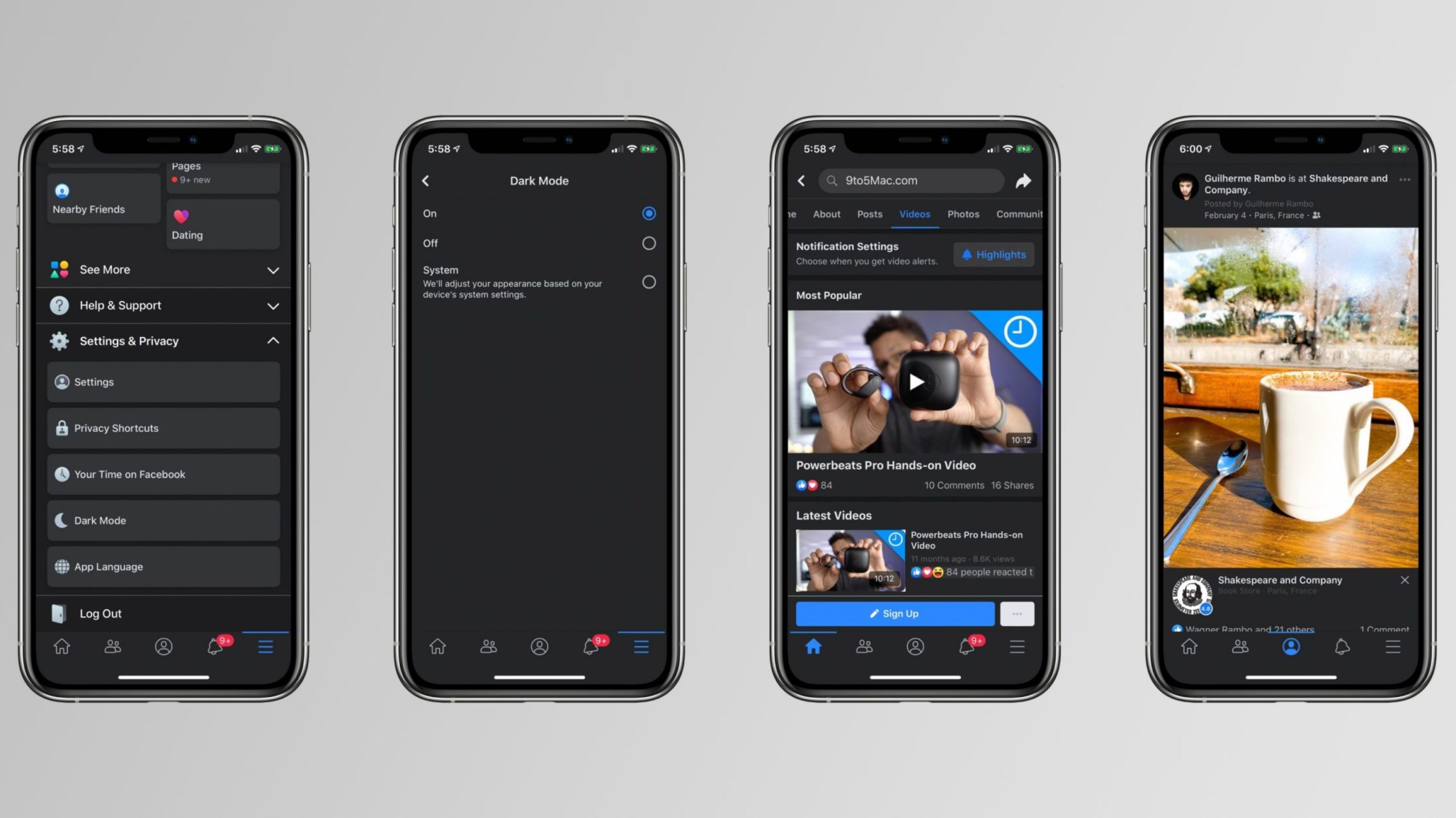 Although Facebook added dark mode to Messenger and Instagram for iOS last year, the social media giant still hasn’t added the feature to its main app.

WABetaInfo was the first to unlock the new dark mode interface for iOS, and now screenshots posted online by 9to5Mac display what the dark theme will look like on the main Facebook app.

Interestingly, dark mode on Facebook isn’t as ‘dark’ as it is on Messenger and Instagram, as it features a more grey tone as opposed to black. This may be controversial for some users who prefer the darker tone.

Facebook users will be able to manually enable dark mode in the app’s settings, but 9to5Mac notes that people will be able to adjust the appearance based on their iOS preferences.

It’s currently unknown when Facebook plans to release dark mode to the public, but it’s also likely that it may make some changes to the feature as it continues to test it. It also appears that Facebook is testing different options for the mode because the screenshots show some inconsistencies.