This is how Huawei's new Android app store works 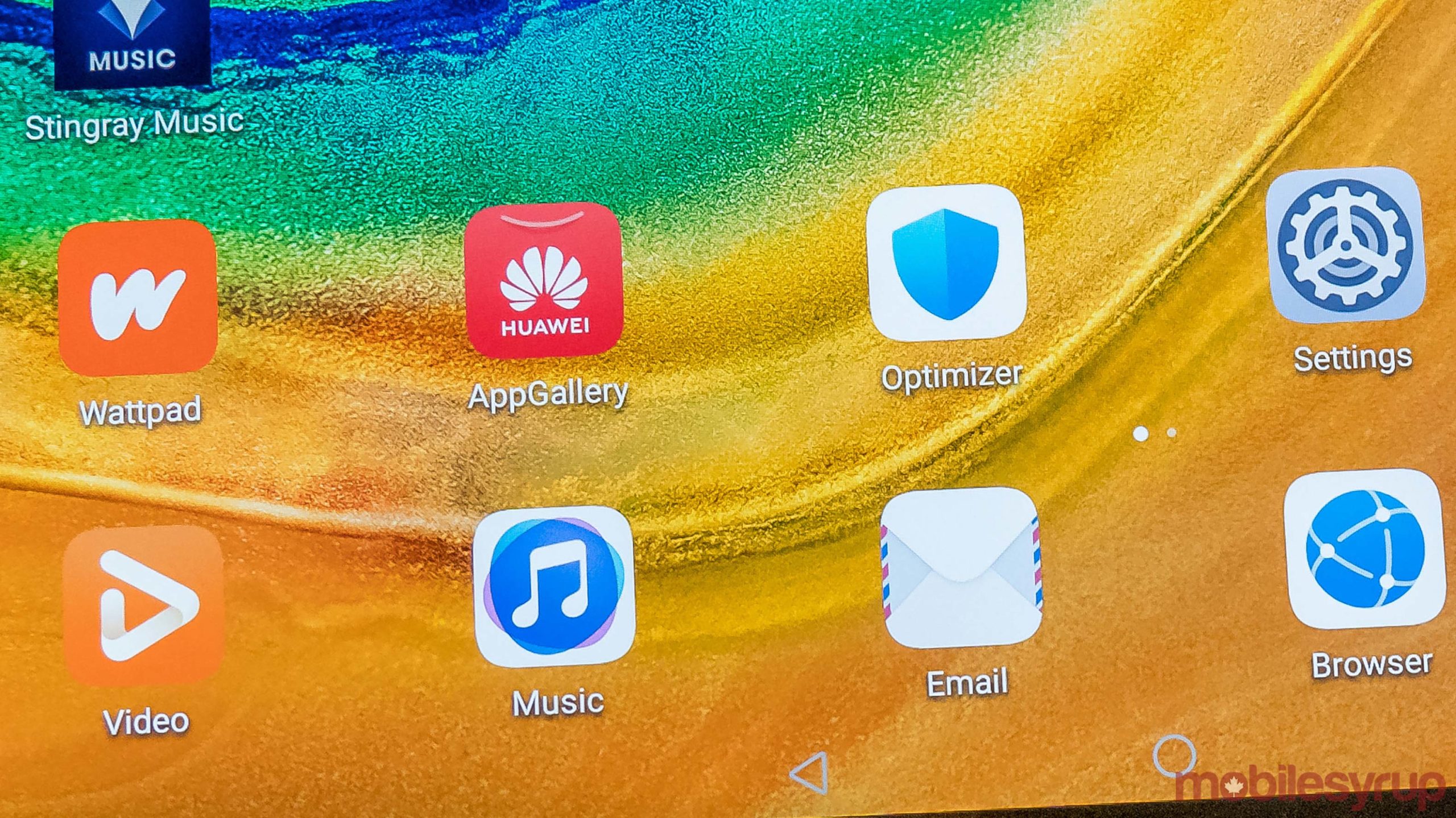 For Huawei, being cut off from the full breadth of Android is one part of the problem the Chinese giant is facing. The other is what to do without access to the Google Play Store.

This is where AppGallery comes in. It’s Huawei’s own app store, only instead of simply being a repository for apps that work with its own Android-esque EMUI 10 operating system, the company is billing it as something unique. Huawei did launch new products at its own event in Barcelona, but executives spent a lot of time pitching developers on supporting its own store.

AppGallery officially launched in Canada in beta on Feb. 24, though it has been live since March 2018 in China. It’s currently running in 170 countries with 400 million users, and now counts 55,000 apps in its library. It’s that latter number anchoring Huawei’s pitch — both in courting developers but also in staking a claim to better quality and privacy for users.

“Privacy, quality and experience” are the three pillars upon which Huawei is hoisting AppGallery to be a viable platform. Ironically, a company making headlines about privacy through perceptions of lacking transparency is extolling its own virtue as a user privacy protector. And beyond protecting end users when downloading apps, it’s making the same case for developers who want to see their respective user bases grow.

This is a significant challenge. There are 2.9 million Android apps, with about 6,000 released every day. Huawei instead focuses on other metrics. It cites that 50 percent of users download zero apps per month, with only 25 percent downloading two or less in that. On average, users have 80 apps on their phones, and that includes whatever preloaded bloatware might be thrown in from the start. 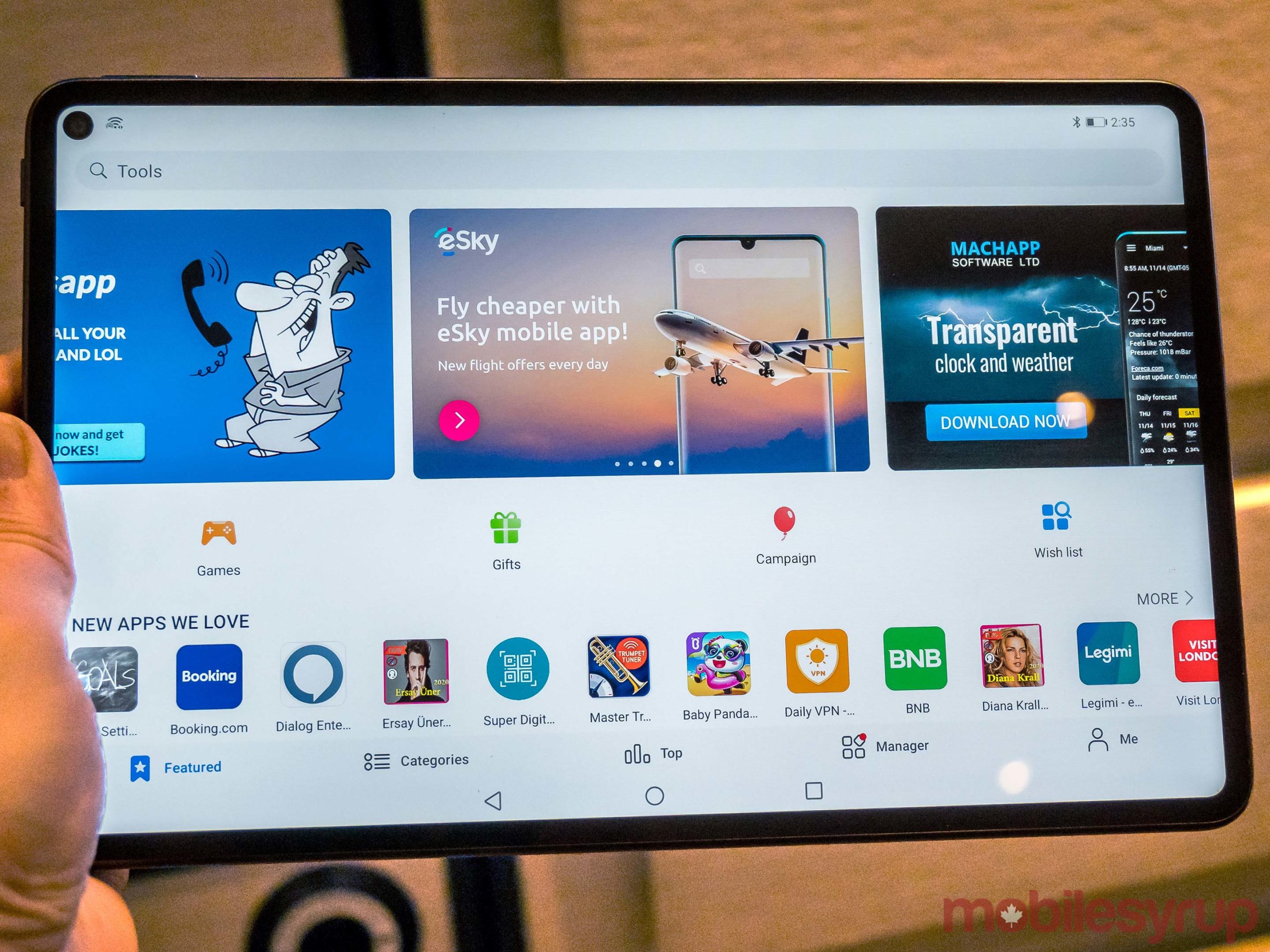 Interestingly, Huawei also says 99.93 percent of apps lose users every month. In other words, they’re tough to acquire and easy to lose.

The company’s HMS Core (Huawei Mobile Services) is a set of apps and services that includes Huawei ID, push notifications, payments and other Huawei services for its device ecosystem. AppGallery is one cog in that wheel, and in Western countries, it’s probably the most critical.

It’s not clear how much of its huge user base is broken down geographically. China is a massive market on its own, and much of what’s currently available in Huawei’s app ecosystem is tailored to Asia, Europe, the Middle East, Africa and Latin America. It was amusing to see a map of the world during the keynote that was missing Canada and the United States entirely.

Except Huawei cares about North America more than it leads on, and developers in Canada, the U.S. and Western Europe are highly coveted. If they come onboard, it lends credibility and legitimacy to what AppGallery is supposed to represent, which is a competitive app marketplace.

Getting them to buy in is the hard part, and that might explain why the overall pitch was weighted toward quality and privacy. Huawei claims apps will “go through a stringent verification test” to prevent malware seeping in. That verification will also serve to protect user data by anonymizing and storing it locally based on where users live.

It was this set of filters that saw the company reject 37 percent of the apps submitted in 2019. That’s a high number by any measure, which begs the question over why it was that high to begin with. A market of 400 million users will be an attractive target for any would-be cyberattacker, but when over one-third of prospective apps get roadblocked, it’s clear vetting needs to be strict.

Despite all of the optimism, there are multiple elephants in the room because several popular apps have no presence in the AppGallery at all. We’re talking about the ones you take for granted. Music streaming apps, like Spotify, Apple Music, Tidal, Soundcloud and more. Audio speaker apps, like the one from Sonos or headphones with app support. Ridesharing apps, like Uber and Lyft. Video streaming services, like Netflix, Disney+ and Crave, are nowhere to be found. Apps related to banking, food delivery, dating and news, are also nowhere to be found.

Even from a productivity perspective, there’s plenty of ground to cover. LinkedIn, Slack, Dropbox, Microsoft Office, among many others, aren’t available. Huawei may have been in the ballpark when it suggested users mostly stick to 80 apps, but many of those are popular across regions. 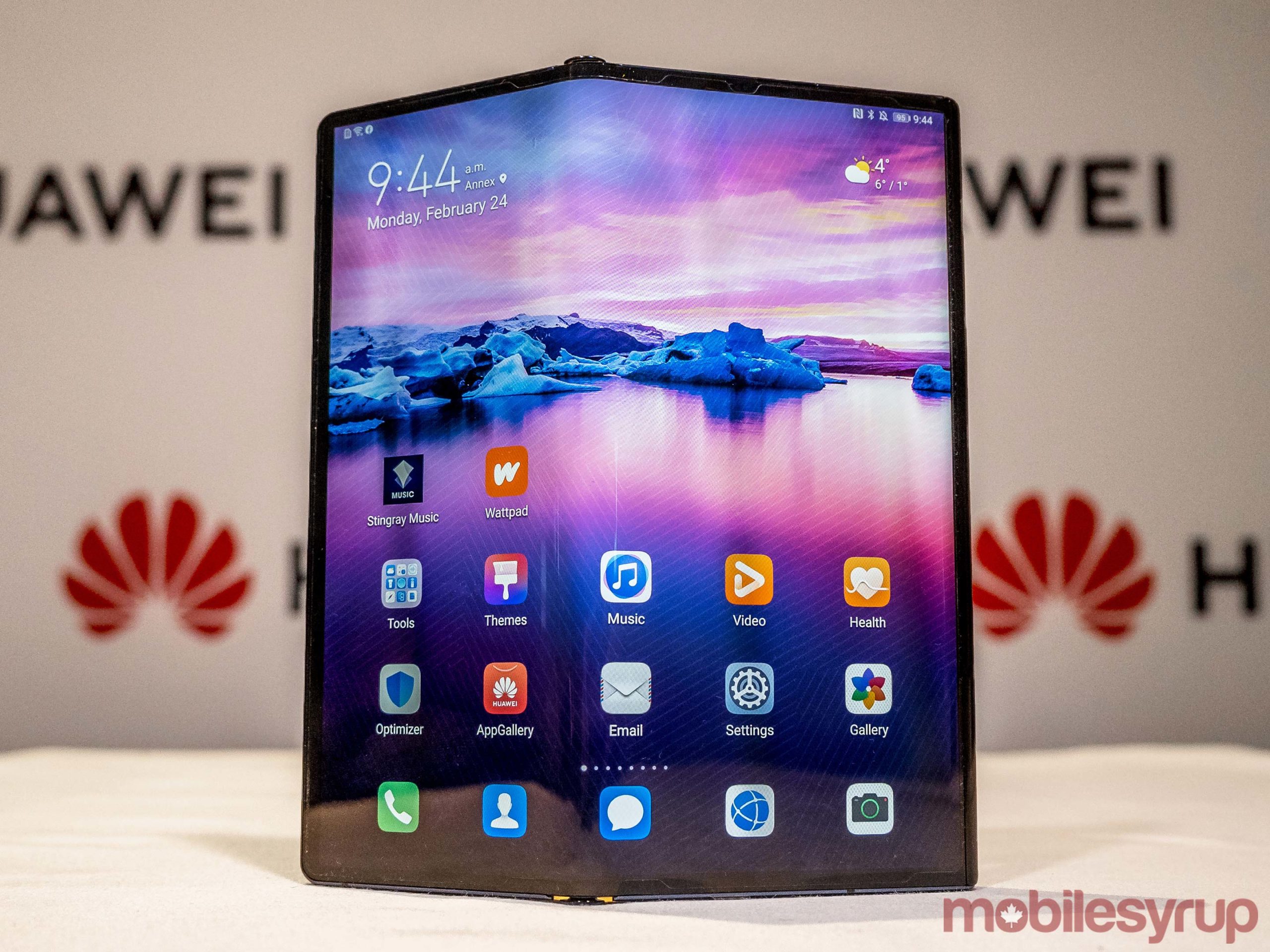 Starting with the Mate 30 Pro, the company went with the Android Open Source Project (AOSP) to serve as the backbone for the phone’s mobile OS. So, while it is Android, it’s the open source version devoid of any real support from Google. No Google apps or services, and no monthly updates.

It was a decision forced on Huawei after Google stripped it of its Android licence following sanctions courtesy of the U.S. government’s Entity List. Any Huawei device released after May 16th, 2019 is subject to the ban.

“We divided HMS into two layers — the first layer is our app developers and the second is the consumers who are also our customers,” said Gladys Hong, Huawei’s director of ecosystems in an interview with MobileSyrup. “We will make a great effort to provide a first-class user experience when downloading apps. We actually take Gmail as an example, where we have alternative solutions with mail apps available for Gmail users.”

While the AppGallery is still in its infancy, progress will need to pick up. Thus far, the only familiar titles it offers are Amazon Shopping, Prime Video, TikTok, Snapchat, Dominos Pizza and Fortnite. The company struck a deal with TomTom to bring in the Dutch mapmaker as the main navigation platform for its devices.

It’s not just apps, it’s also how software intersects with hardware. Google’s Chromecast is a good example, though there may be workarounds to cast or mirror a screen over to a TV. Android Auto is another, as Huawei doesn’t have an answer to that until it elaborates on something it teased during the keynote. Some sort of in-car platform is coming but executives were mum with the details.

Huawei Pay is another one. With no Google services onboard, Android Pay is a no-go, taking away one of the modern conveniences many have for contactless payments.

“We already launched Huawei Pay in China and other countries, and having just started our beta testing of AppGallery, more features will come onboard in the future,” said Hong. “It’s one of the features we are already planning to bring into Canada. We are not mature yet but we are growing quite fast.”

Huawei also talked about an alternative app experience called Quick Apps. The concept is to let users test out apps in HTML5 before downloading them. Since they only take up 20 percent of the code necessary for an Android app, and can be developed in just three days, storage space is less of an issue because there’s no actual installation.

It’s a process that started in China, which may explain the bulk of the 350 million Huawei phones using it. The company says there are 1,700 Quick Apps released so far, though it doesn’t look like the number includes any that are popular in North America. 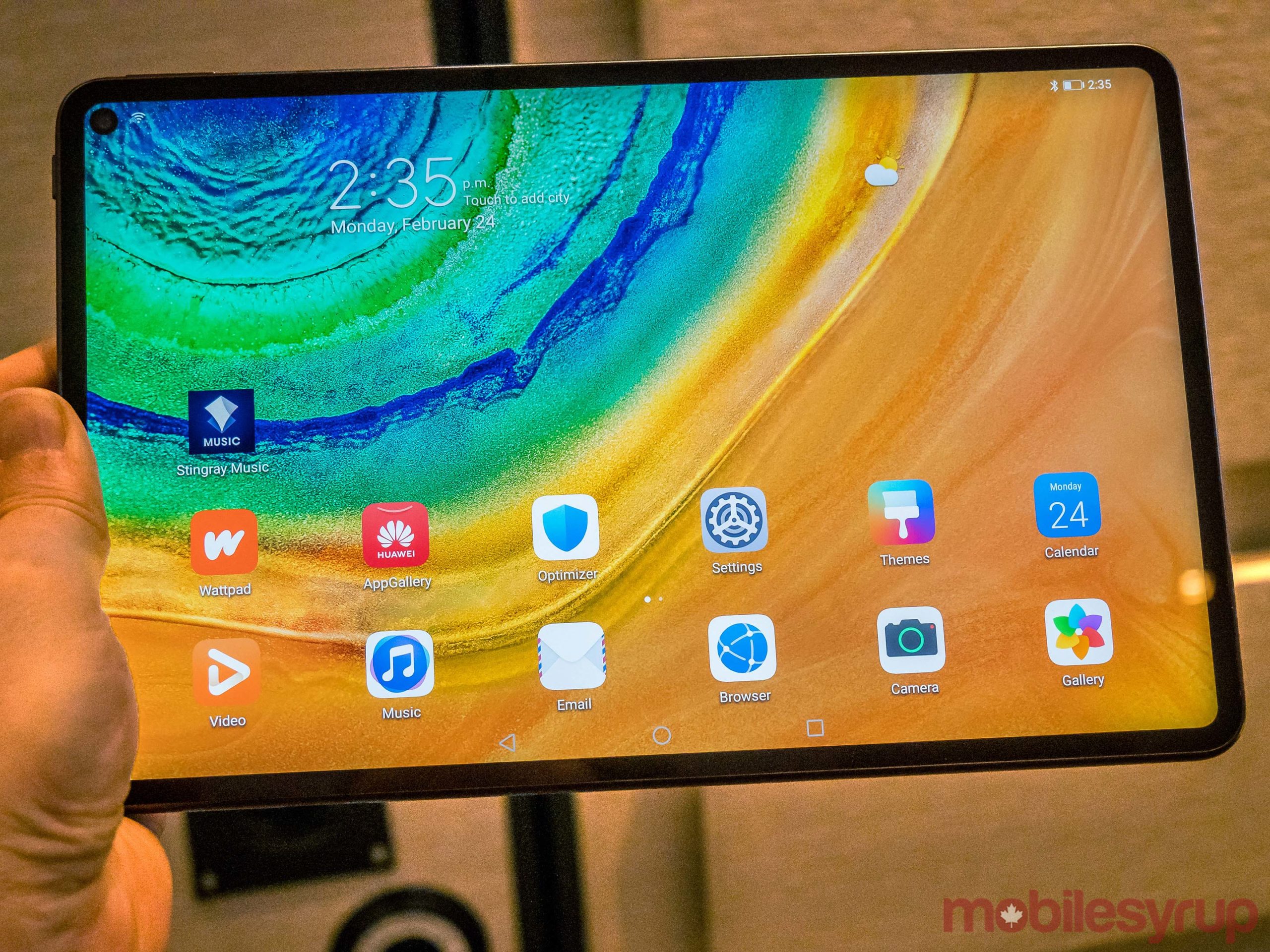 It will be rolled out to more regions and countries, letting developers decide if they want to use the tools to go that route. It may help that users can add them to their home screens like any other app.

To keep pace with 5G, Quick App will be gradually rolled out to more countries and regions, opening China market’s mature Quick App standards and IDE development tools to global developers. All developers across the world are welcomed to publish Quick App to deliver tap-to-use and installation-free experience to users jointly.

Huawei’s strategy faces more than a few hurdles. BlackBerry and Microsoft tried and failed to make their respective app ecosystems resonate long enough to survive, much less thrive. What they could have done differently is always up for debate, but Huawei believes it has the foundation to give this a serious go.

Hundreds of millions of users and solid devices do help the cause. It’s just a question of whether the workarounds and alternatives will be enough to sway developers, who may be the key to swaying consumers to give Huawei a chance.