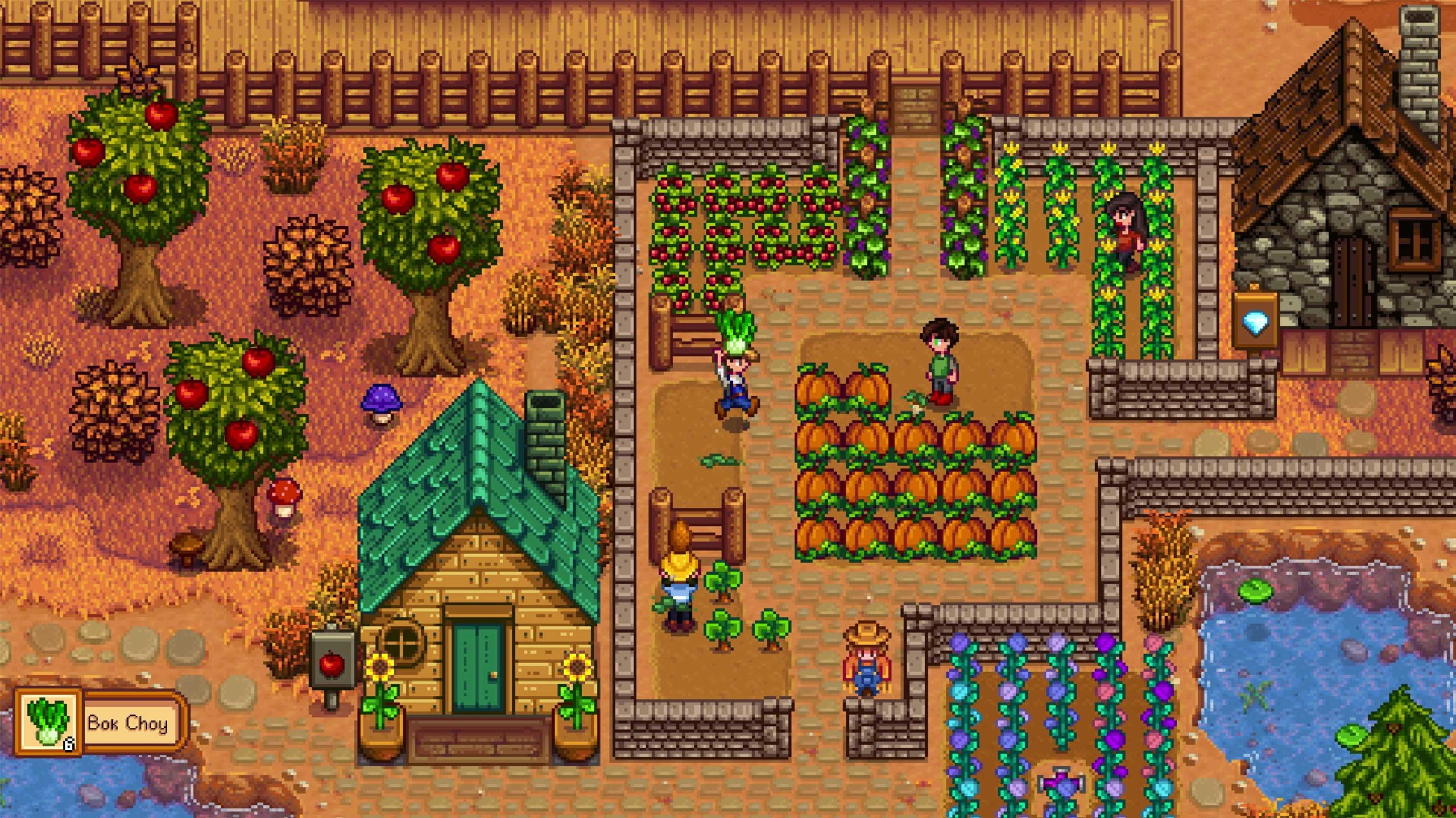 If you’ve been reading MobileSyrup for a while, you may notice that things look a little different on the weekends now. We’re trying something new and, instead of an ‘App of the Week’ and ‘Game of the Week’ every week, we’re doing an App and Game of the Month. Hopefully, the change lets us spend more time with the apps and games we write about, as well as add more weight to the honour of being named App or Game of the Month.

I’ll be writing Game of the Month this month while my colleague, staff reporter Brad Bennett, will have his App of the Month go live later this weekend. However, if you’re wondering why Stardew Valley is my game of choice, I don’t blame you.

Stardew launched four years ago on PC, and since then has been ported to several systems, including Nintendo Switch, iOS and, as of 2019, Android. It’s also available in Tesla vehicles through Tesla Arcade, for some reason. 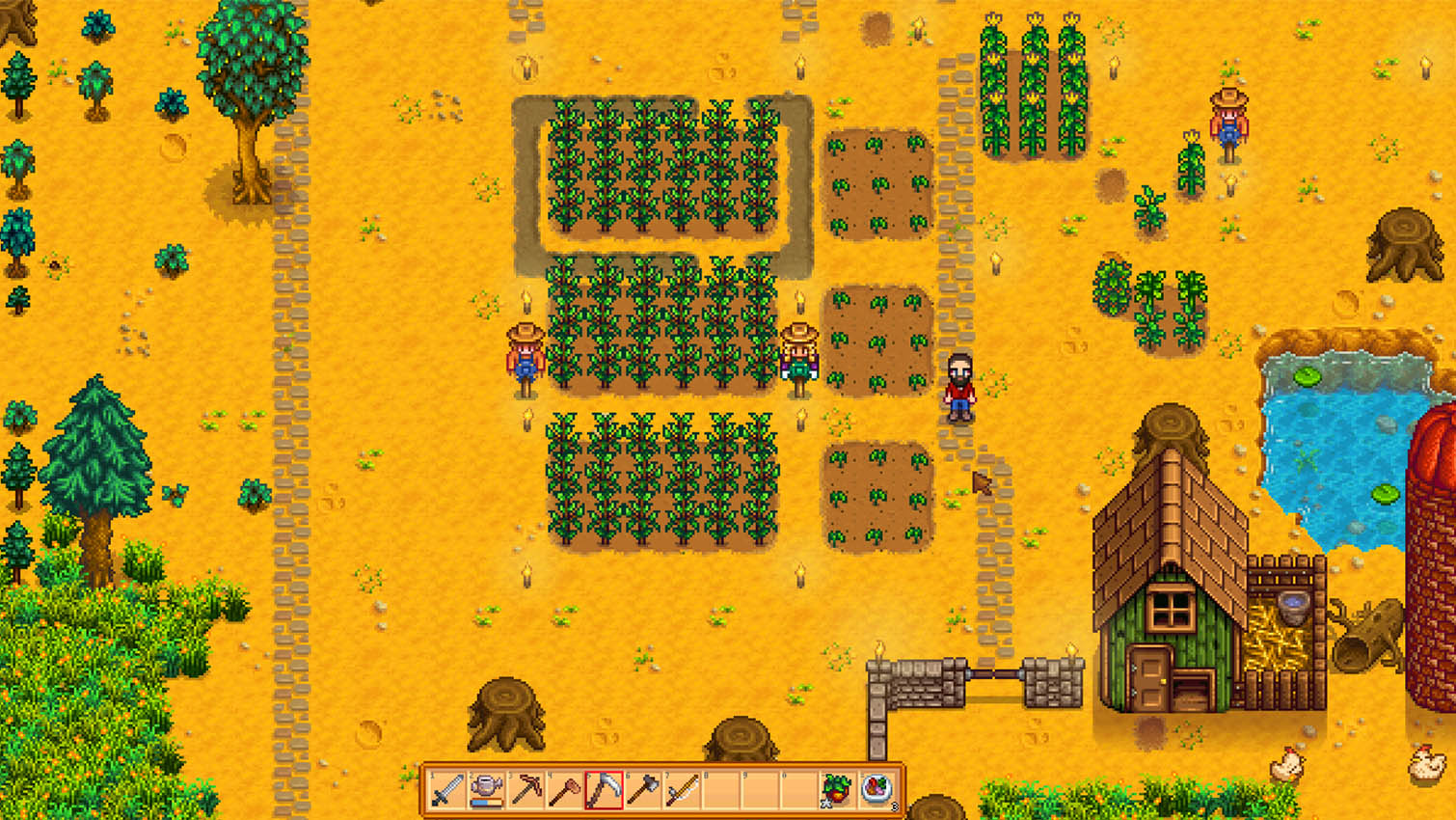 The game has benefited from a resurgence in the last month or so here at MobileSyrup. It became a popular topic of conversation between managing editor Patrick O’Rourke and Brad Bennett. I was admittedly late to the party, but have been playing Stardew religiously over the last week and have frankly fallen in love with it.

And so, when it came time to decide on a game to write about for the month, I consulted the MobileSyrup archives and found we had not previously written about the game, outside of occasional news posts about updates or mobile releases.

As such, I felt it was my due diligence to right (write?) this wrong and give Stardew the honour it deserves.

To start, I’ve been aware of Stardew Vallery for a while but never found myself more than passingly intrigued by a farming simulator with an all-encompassing time mechanic. The idea that a clock was continually ticking away the in-game hours, and that I would be limited to what I could do based on that clock, was not an exciting one.

However, in practice, it may just be the feature that makes Stardew so fun and addictive.

Time is a vital resource and managing it effectively is key to Stardew’s gameplay loop. For example, the game consists of four seasons — summer, spring, fall and winter — all composed of 28 days. Certain crops available in the game can only be planted in certain seasons, making it crucial to keep an eye on the time. Planting a crop that takes 10 days to mature four days before the end of the season is a waste of money, for example. 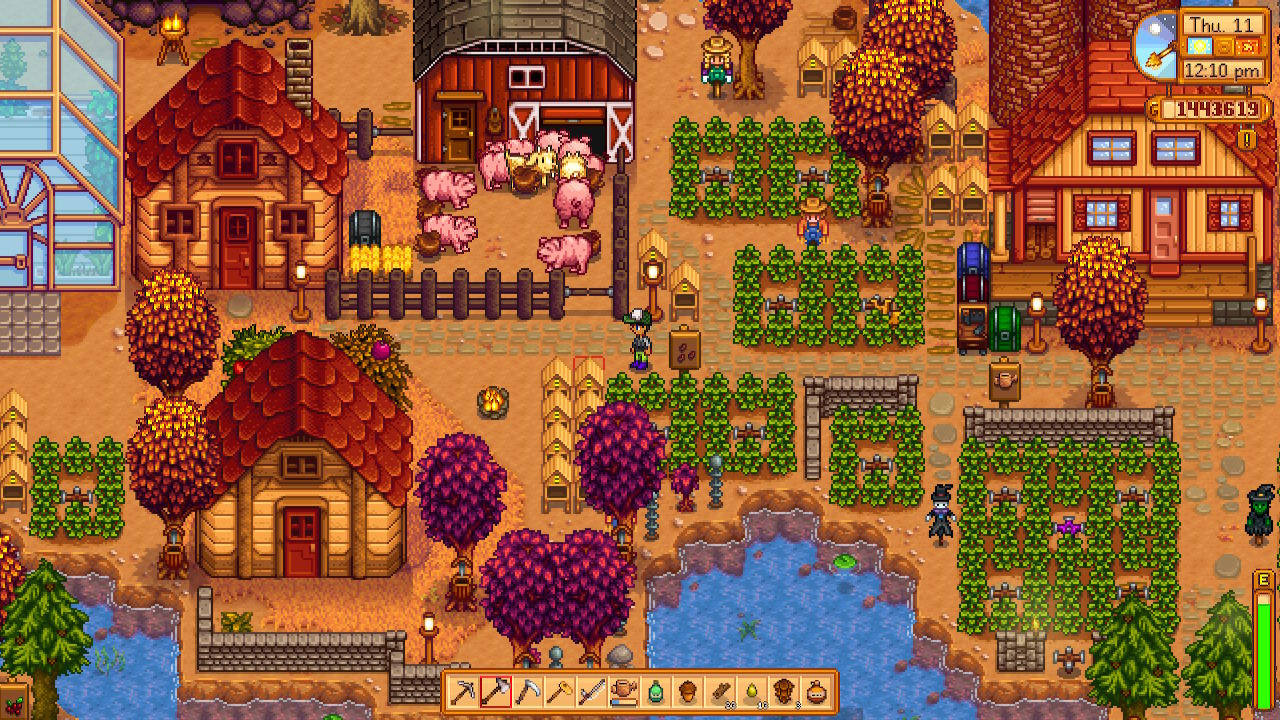 The whole game is built upon the time mechanic, which means players have to think about how they approach their day. You’ll seldom be able to complete every task you want to do in one in-game day. And yes, there is plenty to do. Caring for crops, raising animals, mining ore, fishing and making friends with townspeople are just a few of the things you may want to get done.

As such, Stardew challenges players to make the most of each day by taking advantage of everything at their disposal. For example, a rainy day can be a blessing as it lets you skip the task of watering your crops — the rain does that for you — and you can use that time for other tasks, like mining ore to upgrade your tools.

Of course, all this amounts to an addictive “just one more day” mantra that will have you playing for hours at a time. 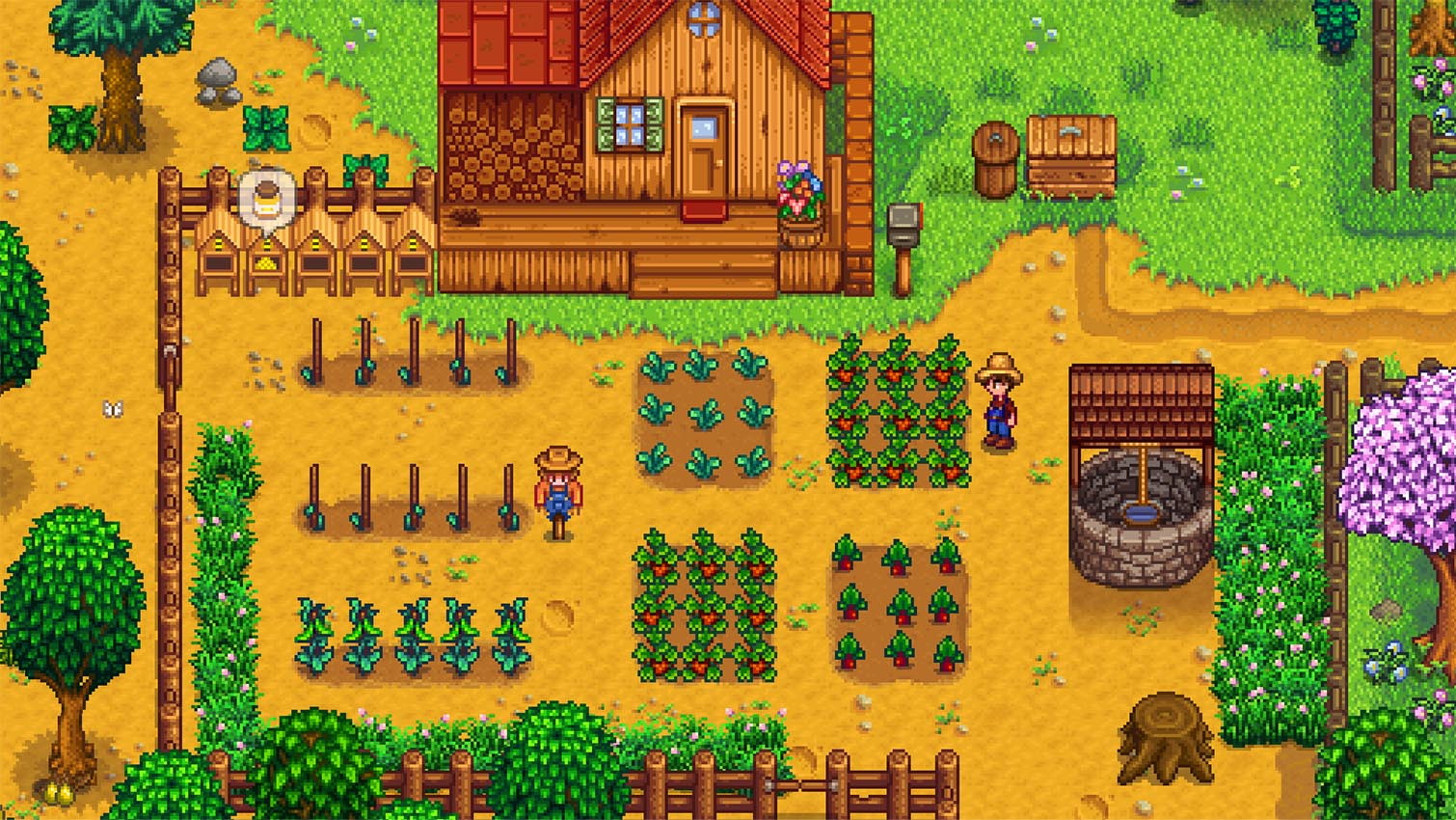 Of course, time isn’t the only mechanic that drives the game forward. Stardew benefits from a light story gathered by forming relationships with various townsfolk you’ll meet in the game. There’s also a multiplayer aspect that lets friends build their dream farm together. The goals are nearly endless in Stardew, as its open-ended nature lets you farm, mine and explore as much as you want.

And despite the time-dependent mechanics of the game, it’s also incredibly relaxing to play. It’s become one of my favourites for playing after a busy day.

Stardew also benefits from mobility. While I chose to get the game on PC where I do most of my gaming, it’s also available on the Nintendo Switch, iOS and Android. However, the quick intervals of the game — an in-game day takes about 17 minutes of real-time — makes it an excellent portable game. Riding the bus? Pull out your phone and farm for a bit. Waiting at the doctor’s office? Great time to head into the mines. 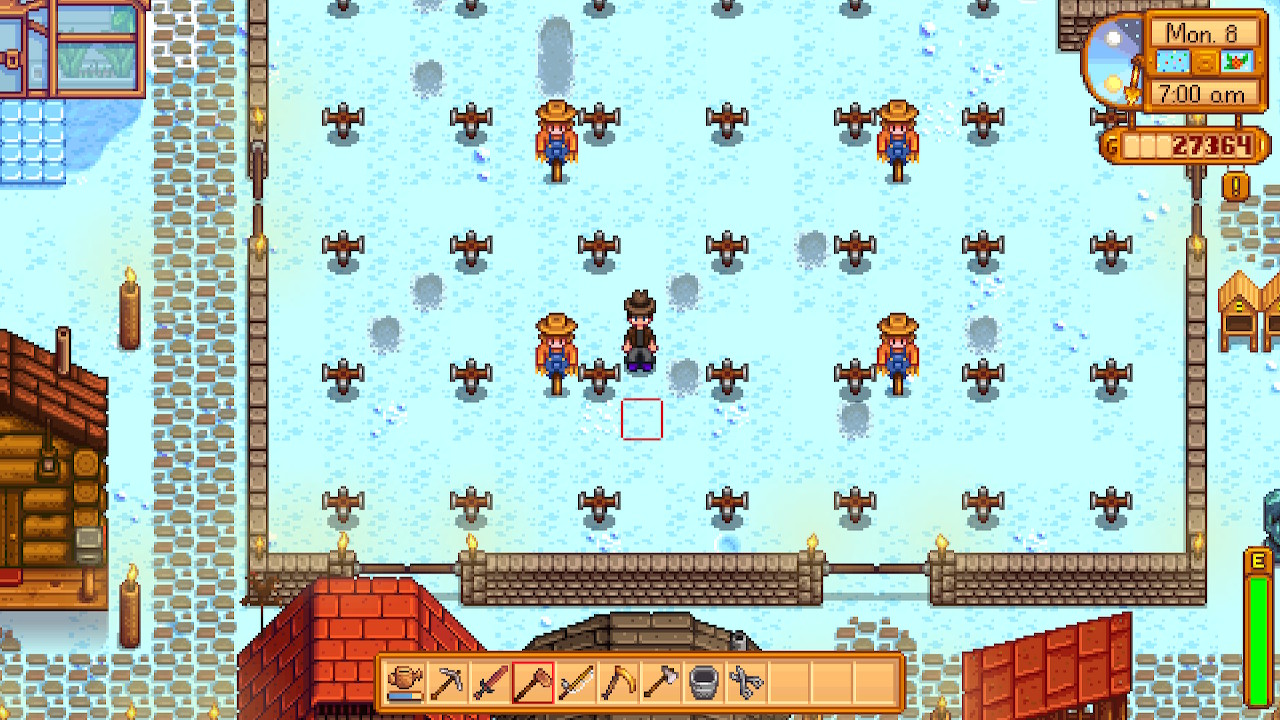 Frankly, I cannot recommend this game enough. The controls are excellent, gameplay smooth and addicting, and the story is heartfelt and fun. Plus, its availability on multiple platforms makes the barrier to entry quite low.

If you like games like Harvest Moon, Minecraft or Animal Crossing, you’ll likely find Stardew to be right up your valley. Speaking of Animal Crossing, if you’re eagerly awaiting Nintendo’s next release in that series, New Horizons, Stardew could be an excellent holdover until it releases next month.