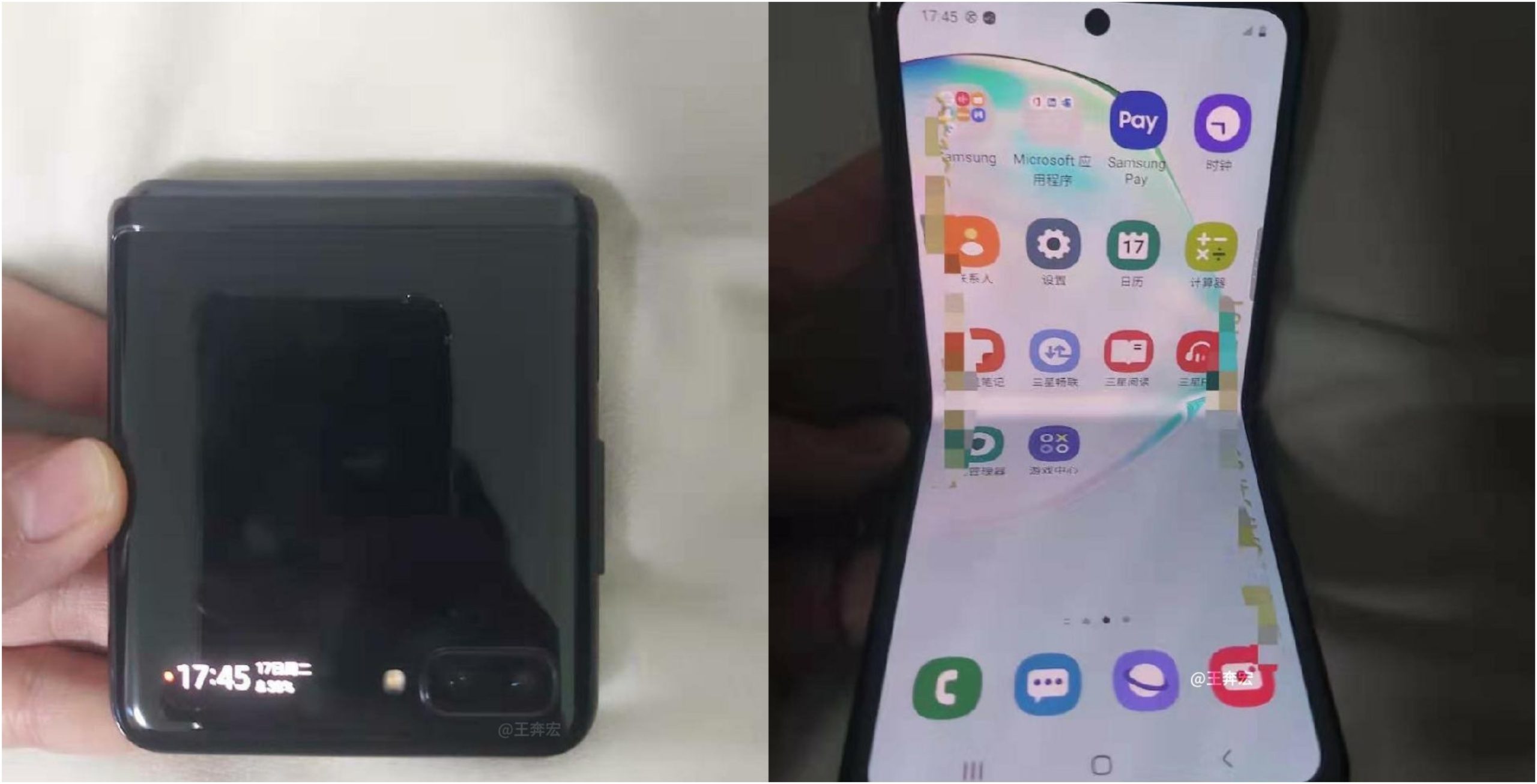 Samsung previewed a user interface for a foldable device that has a flip phone form factor in October, and now images of this device may have allegedly leaked online.

The images were gathered by notable Samsung Leaker, Ice Universe (@UniverseIce), and have been posted on Twitter.

The first image shows the device closed shut and shows a dual-camera array and flash in the bottom-right corner. On the bottom-left corner, there is a small screen that displays that date, time and battery percentage.

Additionally, the second image shows the phone slightly opened and displays the bottom half where you can see an opening that is most probably for a USB-C.

The third image shows the internal display of the phone and you can make out the hinge that looks similar to the same kind used in the Galaxy Fold.

It should be noted that it’s not certain that these images actually depict a Samsung device or one that’s going to be released. It could likely be a concept, prototype or a well-crafted fake. However, Bloomberg did report in March that Samsung would follow up the Galaxy Fold with more foldable devices, including a clamshell phone.

Last month, Motorola announced that it was releasing a vertically folding phone. It looks like the flip phone might just be making a come back in the new year.