Motorola's bringing the flip phone back to the modern day 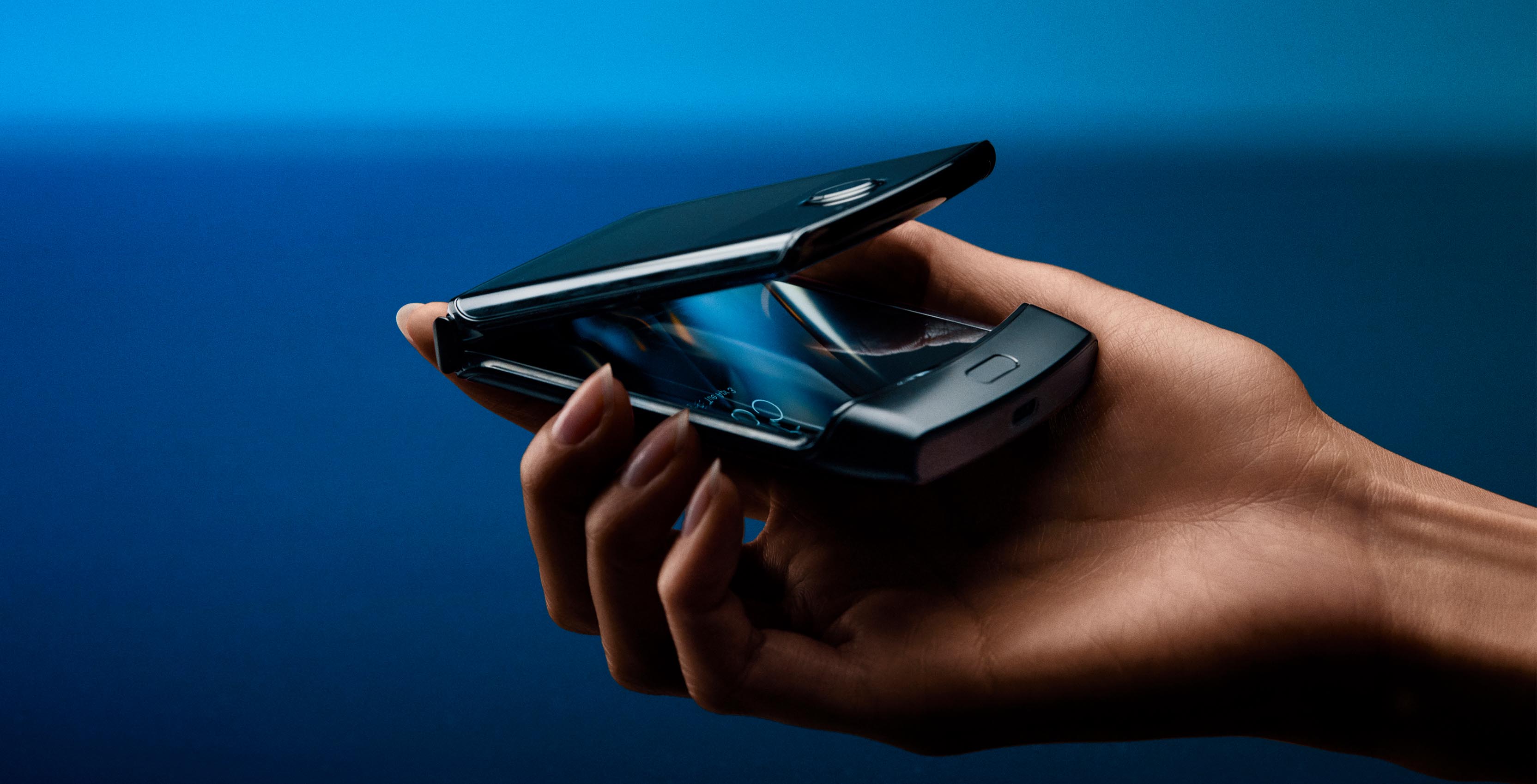 It’s official: Motorola is bringing back the classic Razr as a vertically folding smartphone. The company announced the new device at an event in Los Angeles, California on November 13th.

The new Razr evokes the design of classic flip phones from yesteryear, but with similar advanced folding display technology to what you’d see in something like Samsung’s Galaxy Fold or the Huawei Mate X. Unlike both of those devices, the Razr folds vertically instead of horizontally with its traditional clamshell design. It’s worth noting that Samsung recently teased a vertically folding version of its Galaxy Fold. The original never came to Canada.

When fully extended, users will get a 6.2-inch 21:9 2142 x 876 pixel resolution ‘Cinemavision’ pOLED display. Motorola dubs it the ‘Flex View.’ When the phone is closed, you’ll be able to interact with it through the ‘Quick View’ external display, which measures in at 2.7 inches. It’s a gOLED 4:3 screen with a 600 x 800 pixel resolution.

To make the Flex View display work, Motorola says it engineered a ‘zero-gap’ hinge that allows both sides of the display to sit flush when folded. Plus, the company claims this will protect it from debris and dust. Additionally, there are metal support plates help pull the display tight and support it when opened. However, as you fold it, those plates slide out of the way, allowing the screen to curve in a bell shape and prevent creasing.

If you remember flip phones from back in the day, one of the best parts was hanging up a call — no smartphone has bested that cathartic snap of closing a phone. Motorola wants to bring that back with the Razr. It says that the hinge’s smooth tension, as well as the sturdy display, will allow users to hang up with a snap.

Quick View will help you open your phone less 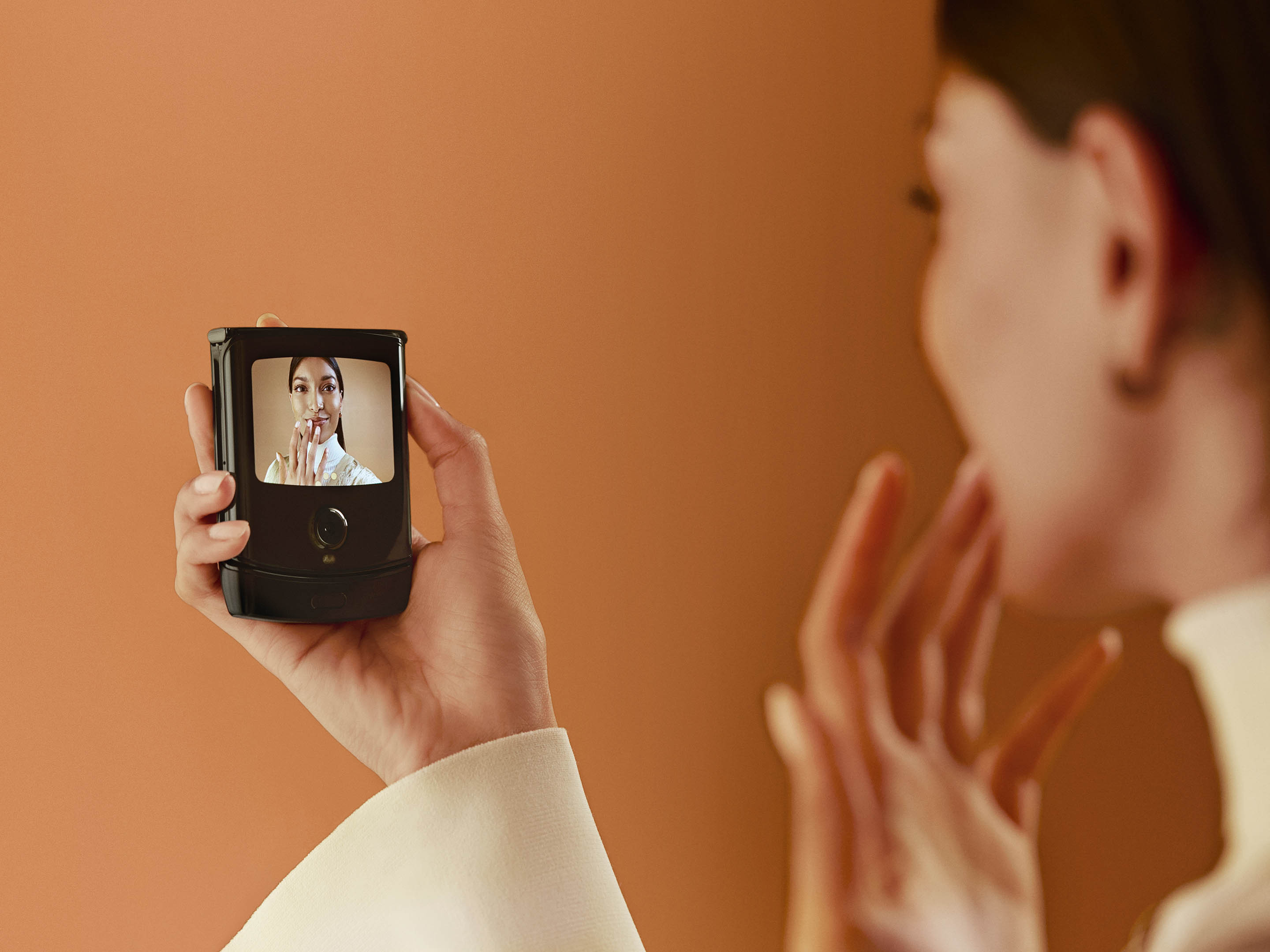 While the flexible display is certainly a novelty, Motorola put as much thought into its small, external ‘Quick View’ display.

Users will be able to manage notifications and control media playback from the small external display. However, it also allows users to authorize payments, interact with Google Assistant and even respond to messages.

Plus, if you’re looking to take a selfie, you can do so with the Quick View display and the device’s primary camera.

Further, the Quick View helps when you’ve opened the display as well. For example, when taking pictures, you can set a timer and the subject will see the countdown on the Quick View panel. Alternatively, you can set the small display to play an animation to catch the attention of kids when you’re trying to take a photo.

Motorola designed a “seamless” continuity system that will let users transition between the Quick View and Flex View displays without interrupting what they’re doing. 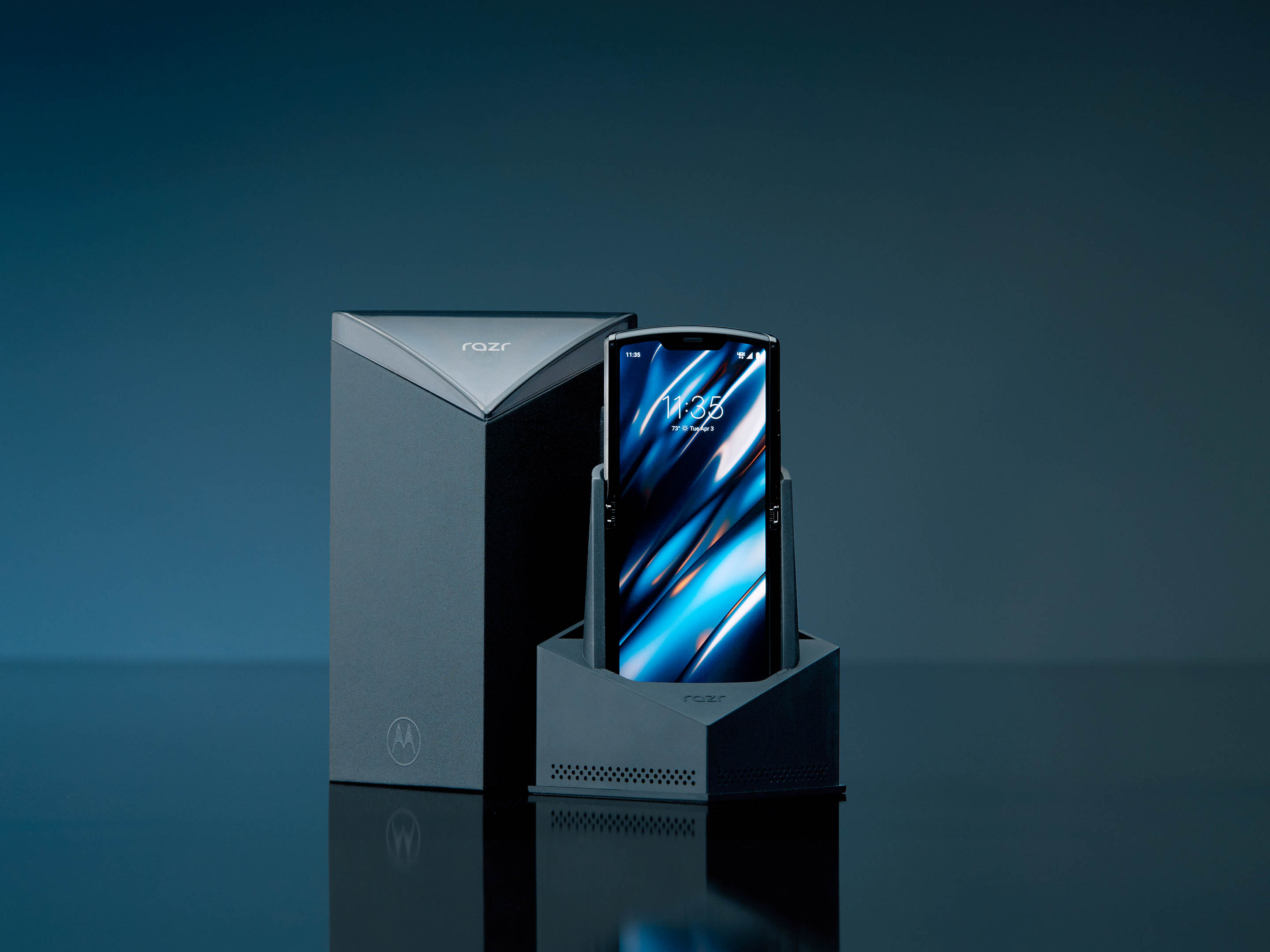 Unfortunately, for all the thought Motorola put into this phone, it seems the company missed a few essential things. For one, the Razr only runs Android 9 Pie and not the latest Android 10 — although that will hopefully come in time.

It also isn’t exactly a powerhouse when it comes to specs. The device is powered by the Qualcomm Snapdragon 710, sports 6GB of RAM and 128GB of storage. The battery clocks in at 2510mAh and can be charged up quickly with Motorola’s 15W ‘TurboPower’ system.

While disappointing, none of these are game-breakers if the folding display proves useful, and if Motorola can get Android 10 out to the Razr sooner rather than later.

Motorola says the Razr will be available in Canada starting in early 2020 but hasn’t yet provided other details. It will also release in select European markets beginning December. Finally, the phone will come to Latin America, Asia and Australia, but Motorola didn’t provide a date.

MobileSyrup will have more about the Motorola Razr in the coming weeks.