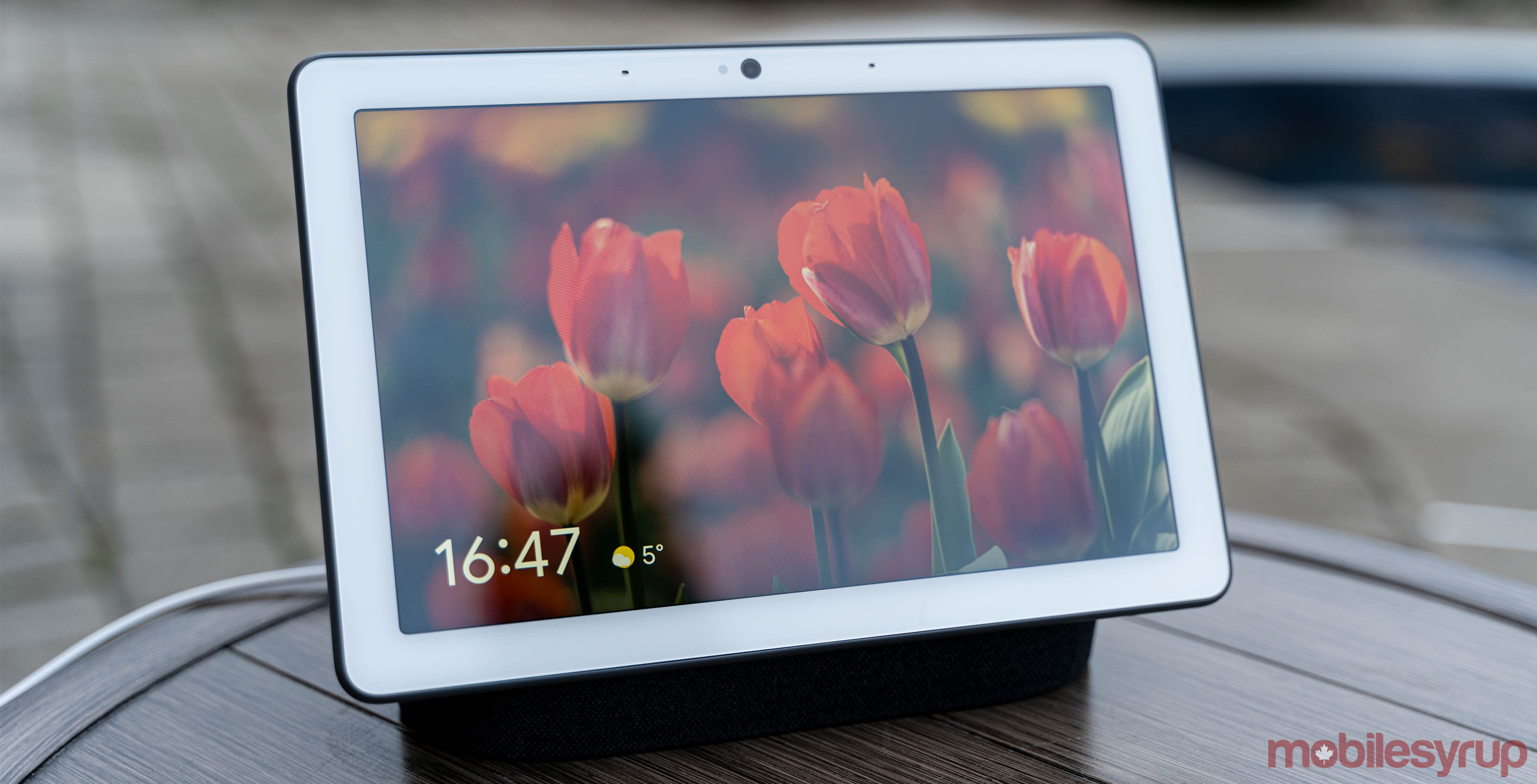 On the surface, there isn’t much to say about the Nest Hub Max. Like it’s smaller sibling, the Max made its way to Canada after launching in the U.S. — although it didn’t wait quite as long as the Nest Hub.

The Nest Hub Max has been available in Canada for a few weeks now, but if you’ve been waiting to purchase until you learned more about it, we have you covered. I’ve had the opportunity to test the latest Google smart display for a couple weeks and it can be summed up as a bigger Nest Hub. To be clear, this isn’t necessarily a bad thing.

However, ending the story there doesn’t do the Max justice. Functionally, it’s just a big Nest Hub with a few small changes that improve the overall experience. Compared to my Nest Hub, I found the Max a more enjoyable experience and well worth the extra cost.

Easy on my old eyes 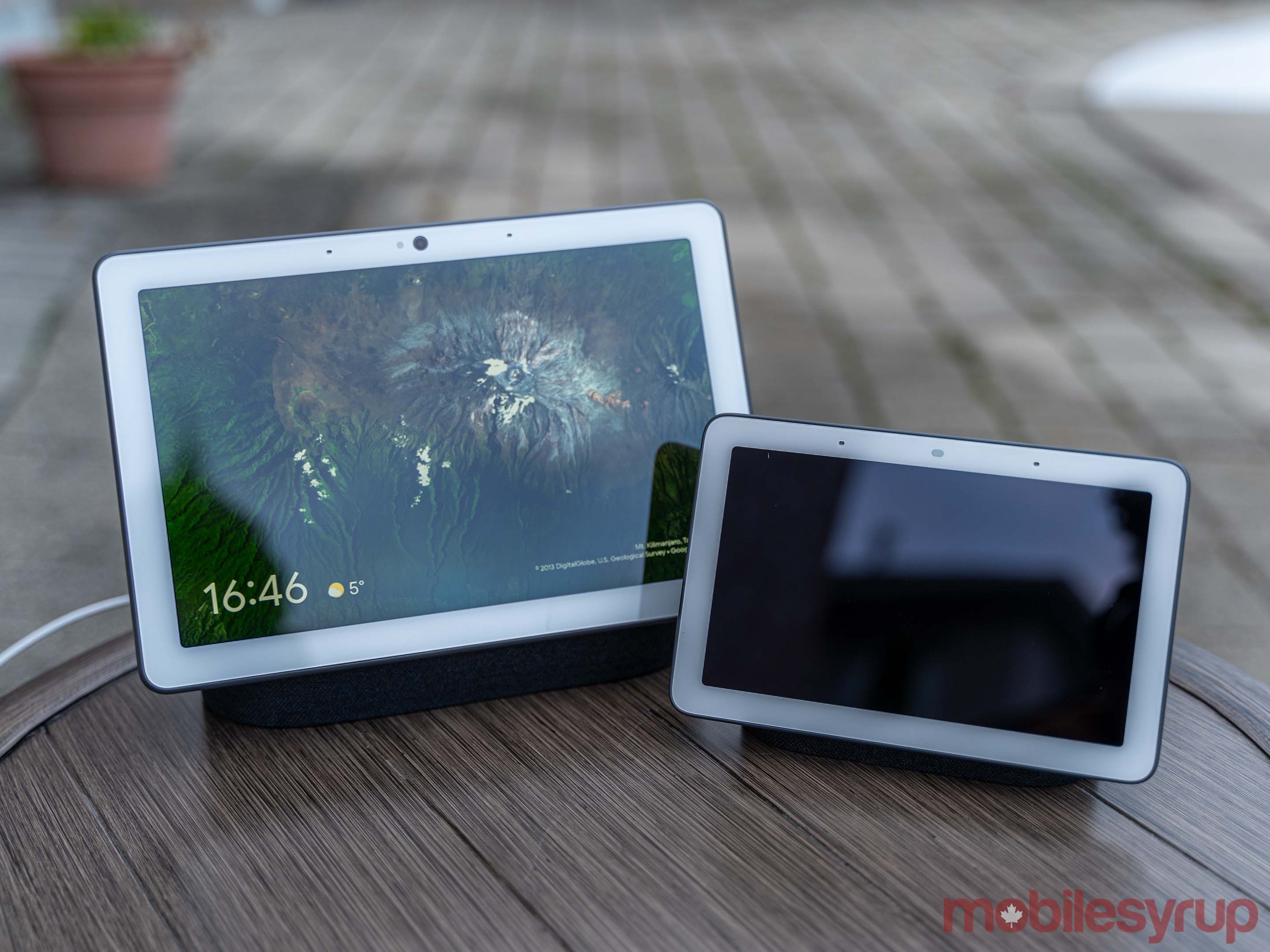 The most significant upgrade with the Nest Hub Max is the bigger display. On paper, it’s a jump from the 7-inch Nest Hub display to a 10-inch display on the Max. While this might not seem like a lot, those extra three inches make a world of difference.

In almost every scenario, I found it easier to see what was on the Nest Hub Max compared to the regular Nest Hub. Text and icons were bigger, making them easier to read, especially when interacting with the display from further away. One of my gripes with the Nest Hub is that it can be difficult to use when far away. However, Google is rolling out a fix for this issue.

The Max easily fixes this issue. I can ask about the weather and see the response on the display from practically the other side of the room. 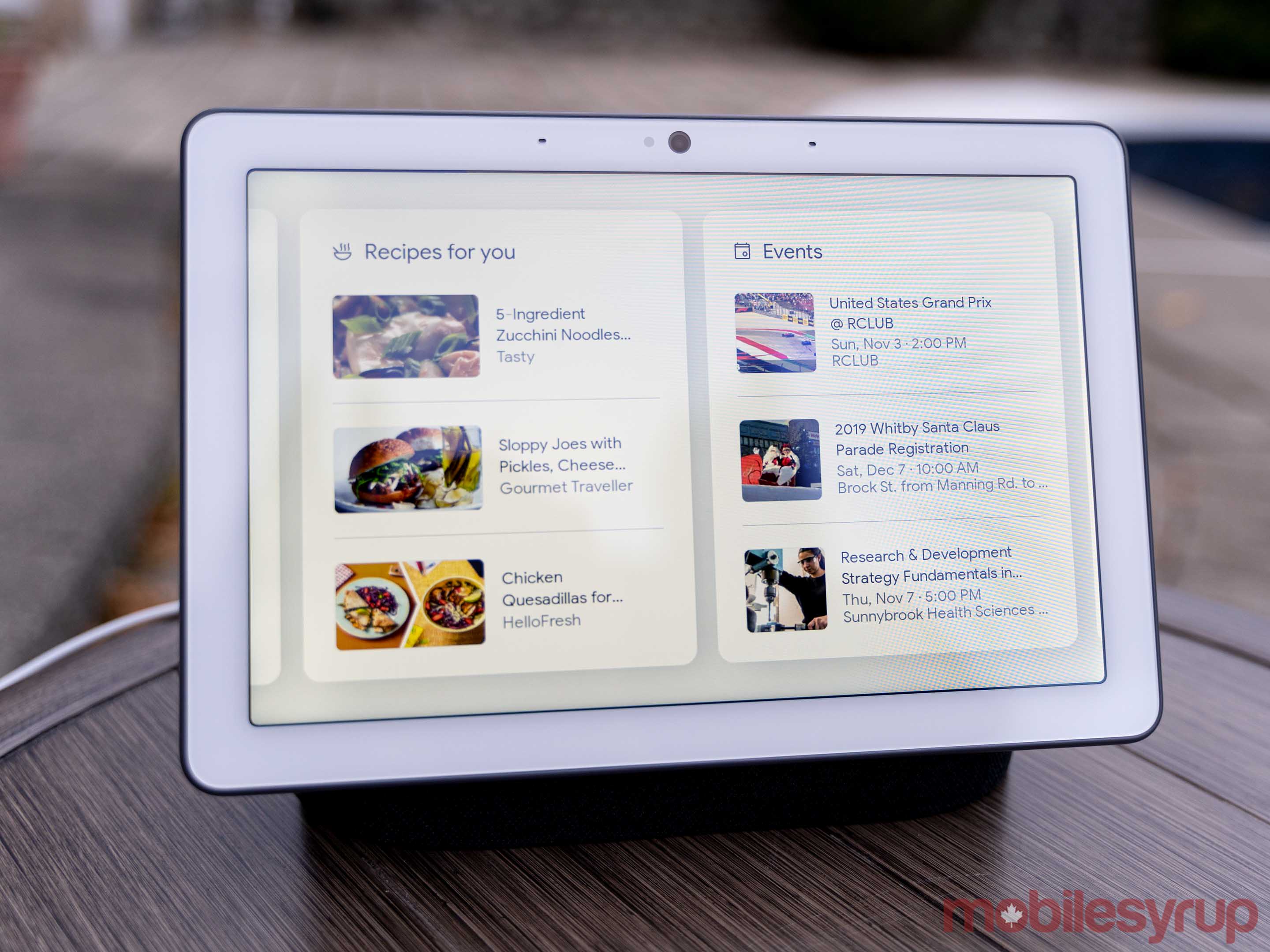 However, the larger display does much more than make it easier to read. If you’re into watching videos on your Nest Hub Max that’s still a limited option. Don’t expect to be watching Netflix or Disney+ on the smart display. YouTube works fine, as expected, but it seems like Google could really maximize the Max’s usability by allowing other streaming platforms to utilize that large display.

Beyond making things easier to read and better looking, there isn’t much else the larger Nest Hub Max display offers. Despite that, I’d argue the bigger display is worth it. It makes using the smart display so much better. Plus, if you like to use your Nest Hub as a digital picture frame through Google Photos, the size makes them that much easier to enjoy.

While it isn’t always the case, this time around, I’d say size really does matter. 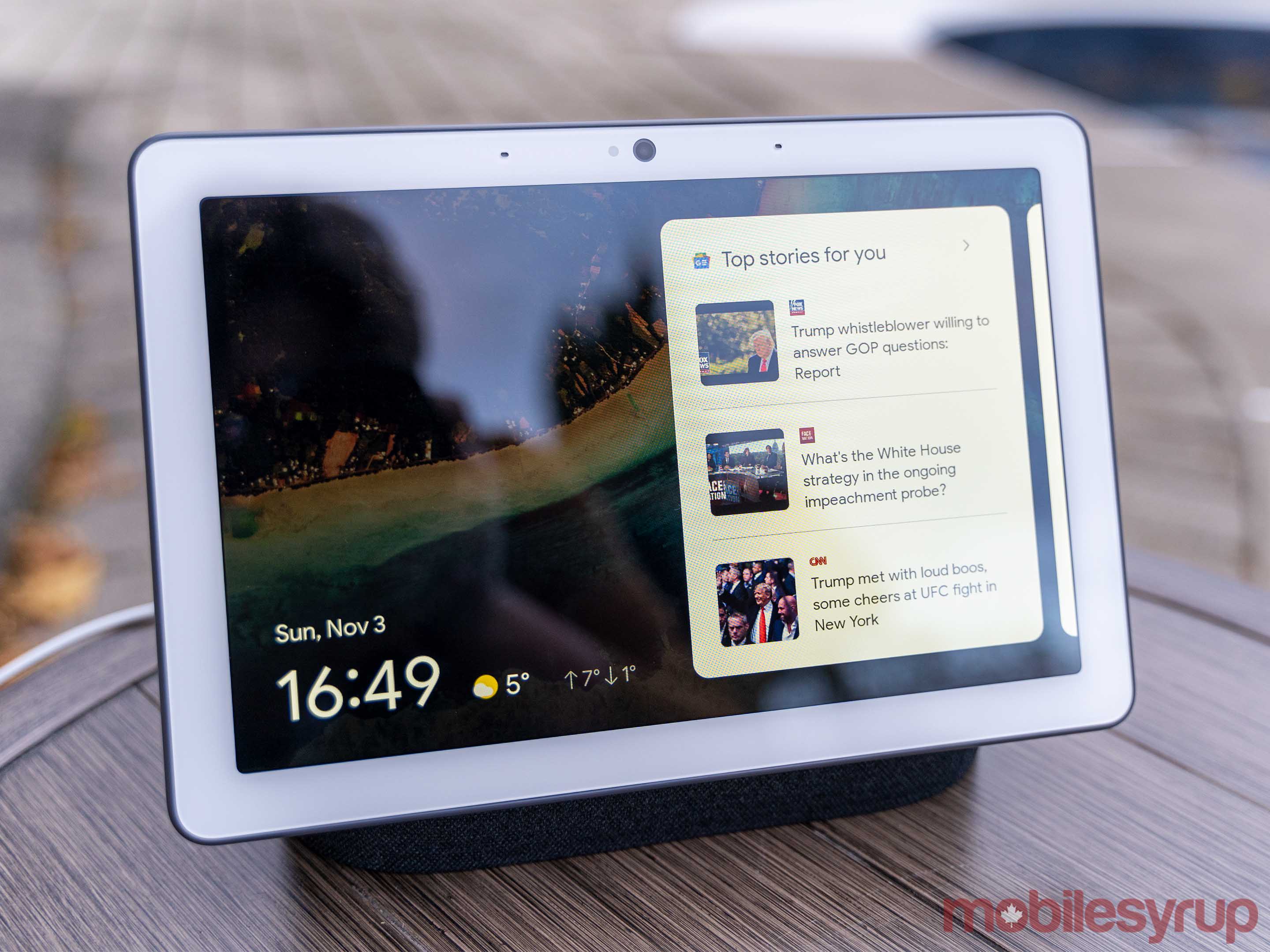 The other major difference between the Nest Hub and Max is the addition of a camera. The bigger smart display sports a single wide-angle shooter above the display that enables several new functions. While the privacy conscious may find the camera alarming, the Max makes a good case for its presence.

First and foremost, the Nest Hub uses the camera to recognize users through a feature called Face Match. Other Nest and Home devices do this using voice, but that requires you to interact with it first. Thanks to the camera, the Nest Hub Max can recognize you before you start speaking.

For example, in the morning when I pass by the Nest Hub Max, it makes a small noise to let me know it recognized me. Then the screen displays a good morning message before cycling through upcoming calendar events, commute details and other contextual information.

The experience makes the Nest Hub Max feel much smarter than its smaller sibling. It has a level of awareness that the regular Nest Hub lacks.

However, recognizing users isn’t the only feature enabled by the camera. It also allows you to make Google Duo calls and leave video messages for other members of your home. 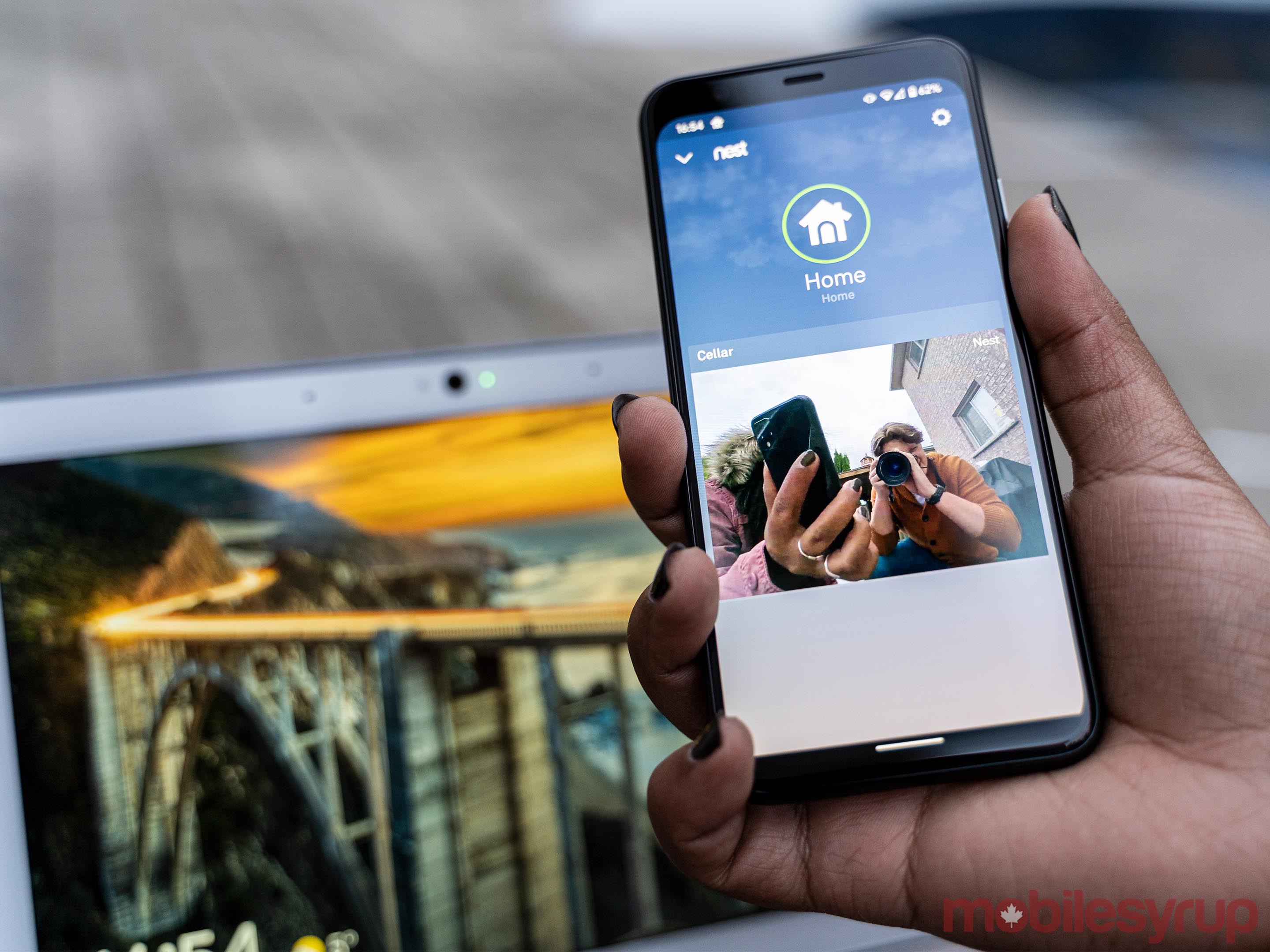 The most intriguing feature is the ability for the Nest Hub Max to double as a security camera. The functionality relies on Nest, so you’ll need to install the Nest app on your phone and set up an account if you don’t have one already. Once set up, you can use the Nest app to check-in on your camera when away or get alerts sent to you when the camera detects movement.

While certainly a helpful feature, it’s usefulness is entirely dependent on where you place the Nest Hub Max. For example, having it near a door means you’d get alerts whenever someone comes home. However, most homes likely wouldn’t benefit from having a smart display of this size sitting in the front hall by the door. 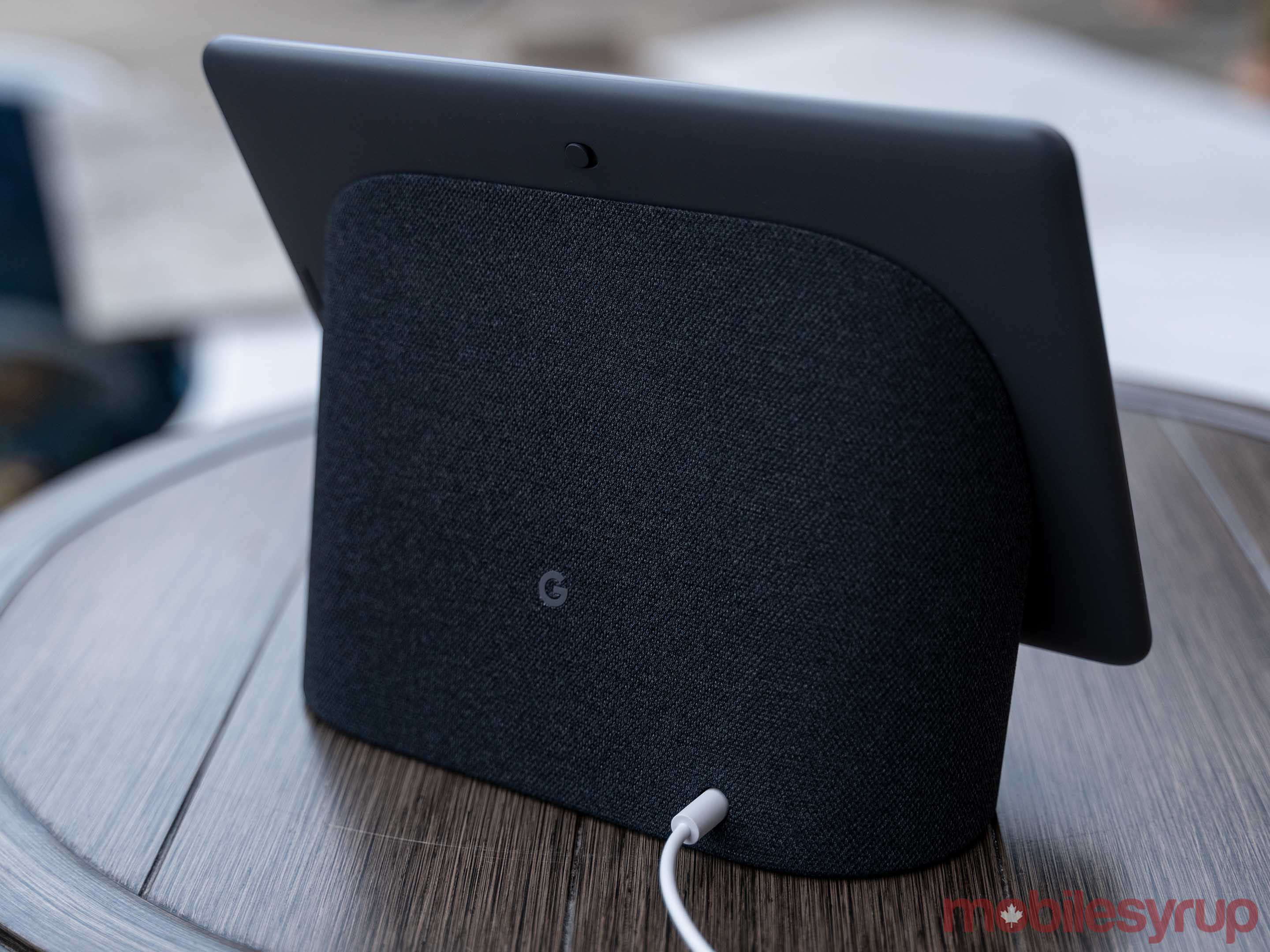 With the Nest app, you can customize when the camera is on based on either a schedule or on location — for example, if the Nest app detects that you’re at home, it turns off the security monitoring. For me, I found it didn’t reliably detect when I was at home, and after walking by the room with the Nest Hub Max I’d get a notification from the Nest app with a clip of me walking by.

Ultimately, from a privacy standpoint, this is a feature you may want to avoid. While you can disable both the camera and microphone using the physical switch on the back of the Max, or just the camera using a software toggle, you lose out on some of the best functionality the Max has to offer. I’d say that if the camera is a big enough concern, you should go for the regular Nest Hub instead and save the money for a fairly similar experience sans camera. 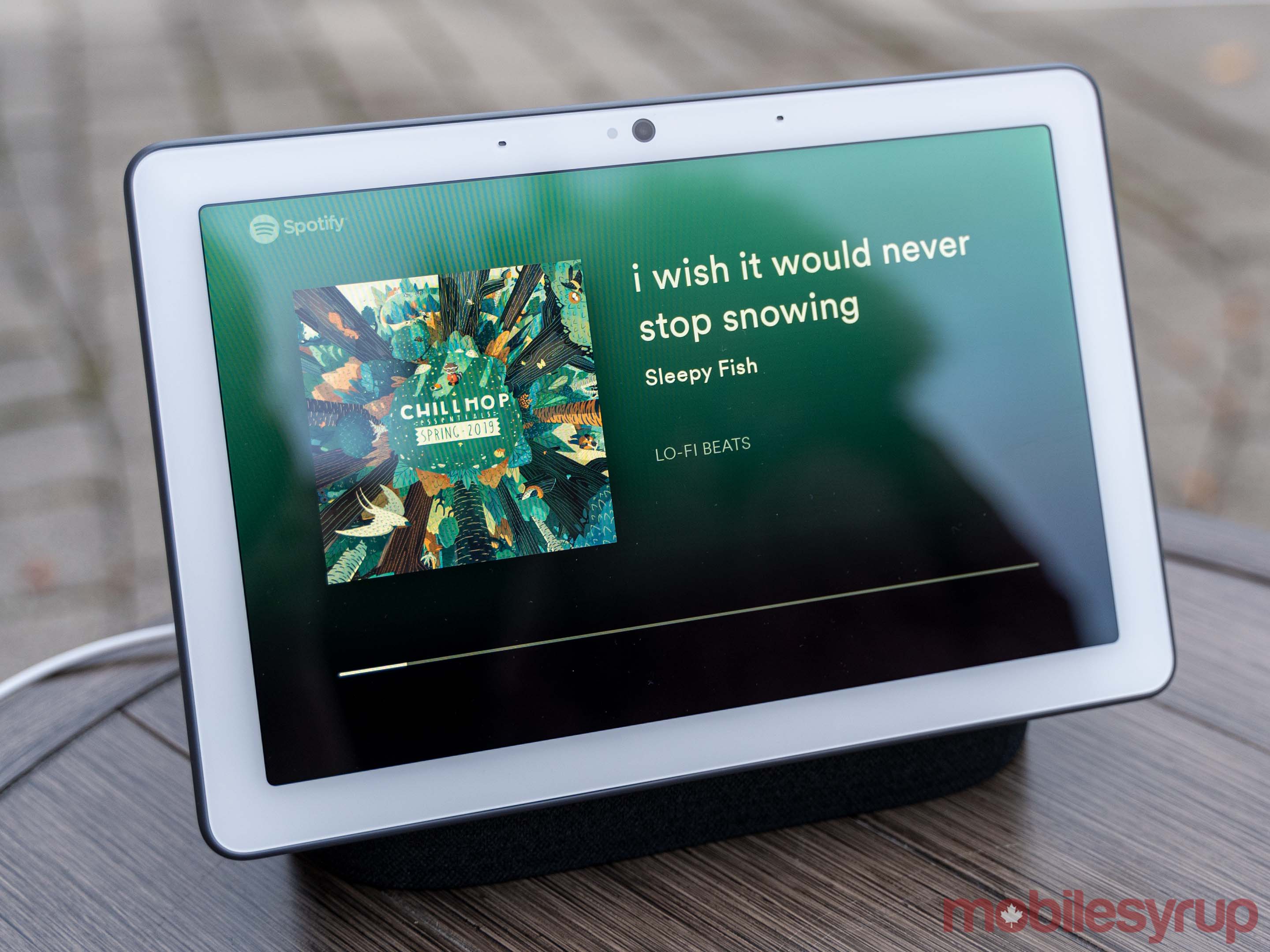 Another feature the camera enables is gesture control. It feels similar to Motion Sense on the Pixel 4, but is powered through the camera instead of radar-based hardware like the Pixel.

Unfortunately, I found the gestures to be just as unreliable.

To start, the gesture controls are incredibly limited. Users can hold up their hand to pause or play content. That’s all. It works with playing media from Spotify, YouTube and other sources. However, it didn’t work reliably. Holding my hand wouldn’t always pause or play the current media. 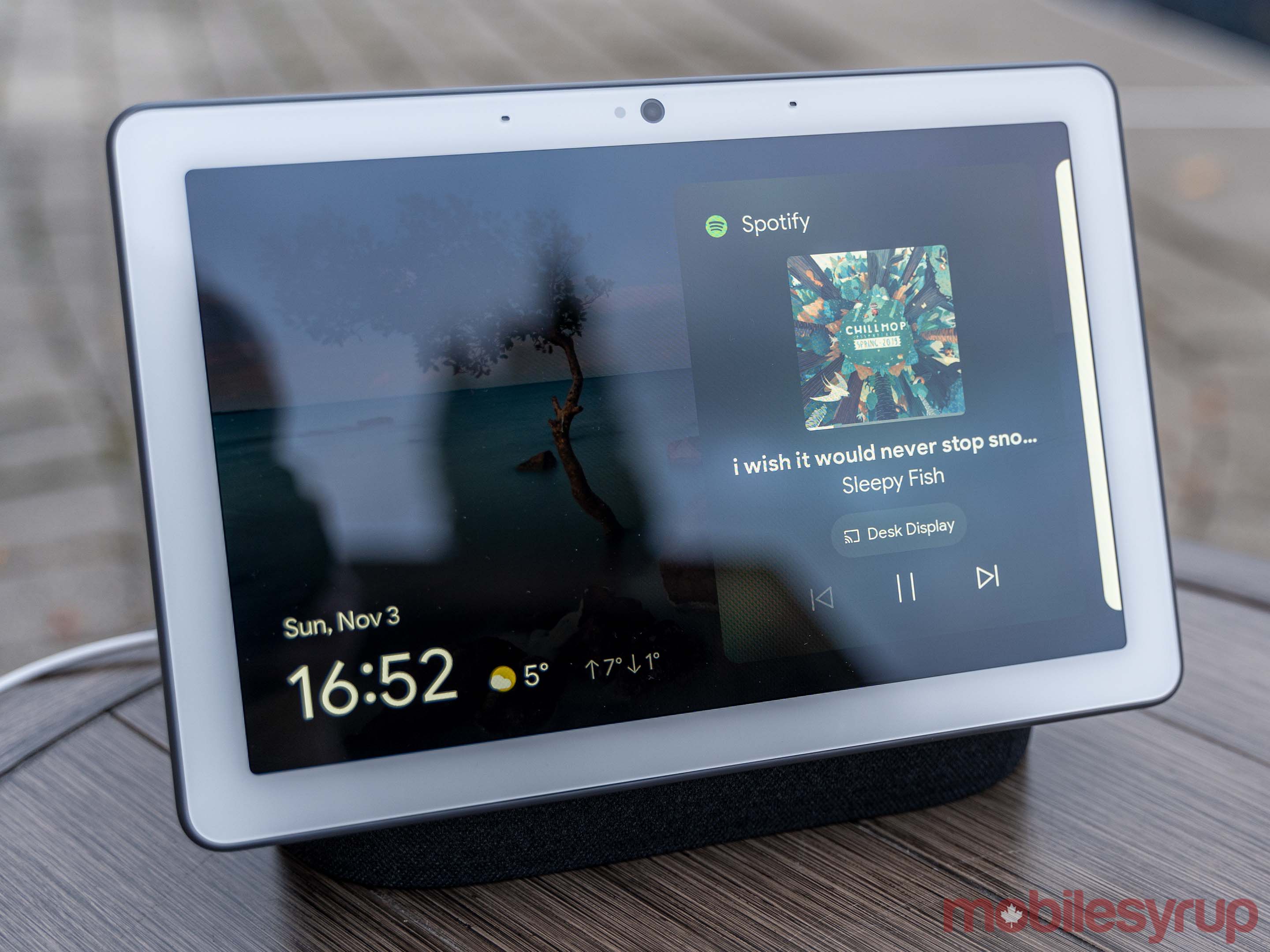 My hope was that gestures would enable me to control the Nest Hub Max without having to get up close to touch it and without having to yell “Hey Google” all the time. Unfortunately, gestures accomplished neither. Even when they did work, I found I had to be close enough to the Max that I may as well just touch it anyway.

Finally, the last significant change with the Nest Hub Max over the regular Nest Hub is the much better speaker. It’s certainly not the best speaker I’ve ever heard, but it was more than capable for listening to music or videos.

It featured a much fuller sound than the Nest Hub, which I found was rather hollow sounding. Plus, the Max could get louder, letting me really rock out.

My previous setup relied on an older speaker system and a Chromecast audio to play music instead of the Nest Hub I had on my desk. However, with the Hub Max, I rarely felt the need to use the speaker system. It was that good.

Would you be better served by another speaker? If your main goal is getting excellent sound, undoubtedly. But for what is it, the Nest Hub Max is more than capable of filling a room with decent sound.

One other quibble I had with the Nest Hub Max — and by extension, the Nest Hub — is the placement of the volume buttons. Because they’re on the back of the device, I often found myself reaching awkwardly around it. The size of the Max made this a more annoying task as well.

More than once I found myself wishing Google had implemented some sort of touch sensor along the top or side edge for controlling the volume, or a better on-screen implementation for adjusting volume.

Ultimately, I found the Nest Hub Max outclassed the regular Nest Hub in almost every way. From the bigger, more visible display to the better speakers, the Max was a pleasure to use.

Further, it felt a lot smarter than regular Nest Hub thanks to its awareness features. Having the Max recognize me when I was near it and provide contextual, relevant information was great. It made the Assistant-powered smart display feel responsive.

Plus, the Nest Hub Max maintains many of the best parts of the regular Nest Hub, like the design and the software experience.

Really, the biggest gripe with the Hub Max is the potential privacy concerns around the camera. While some may not be comfortable with giving Google a constant live-view of their living room, I found in most cases it didn’t concern me too much.

The Nest Hub Max is available on the Google Store for $299 in Chalk or Charcoal. However, at the time of writing, Google was offering a Black Friday discount of $50.

"The Nest Hub Max maintains many of the best parts of the regular Nest Hub, like the design and the software experience, but outclassed its smaller sibling in almost every way"