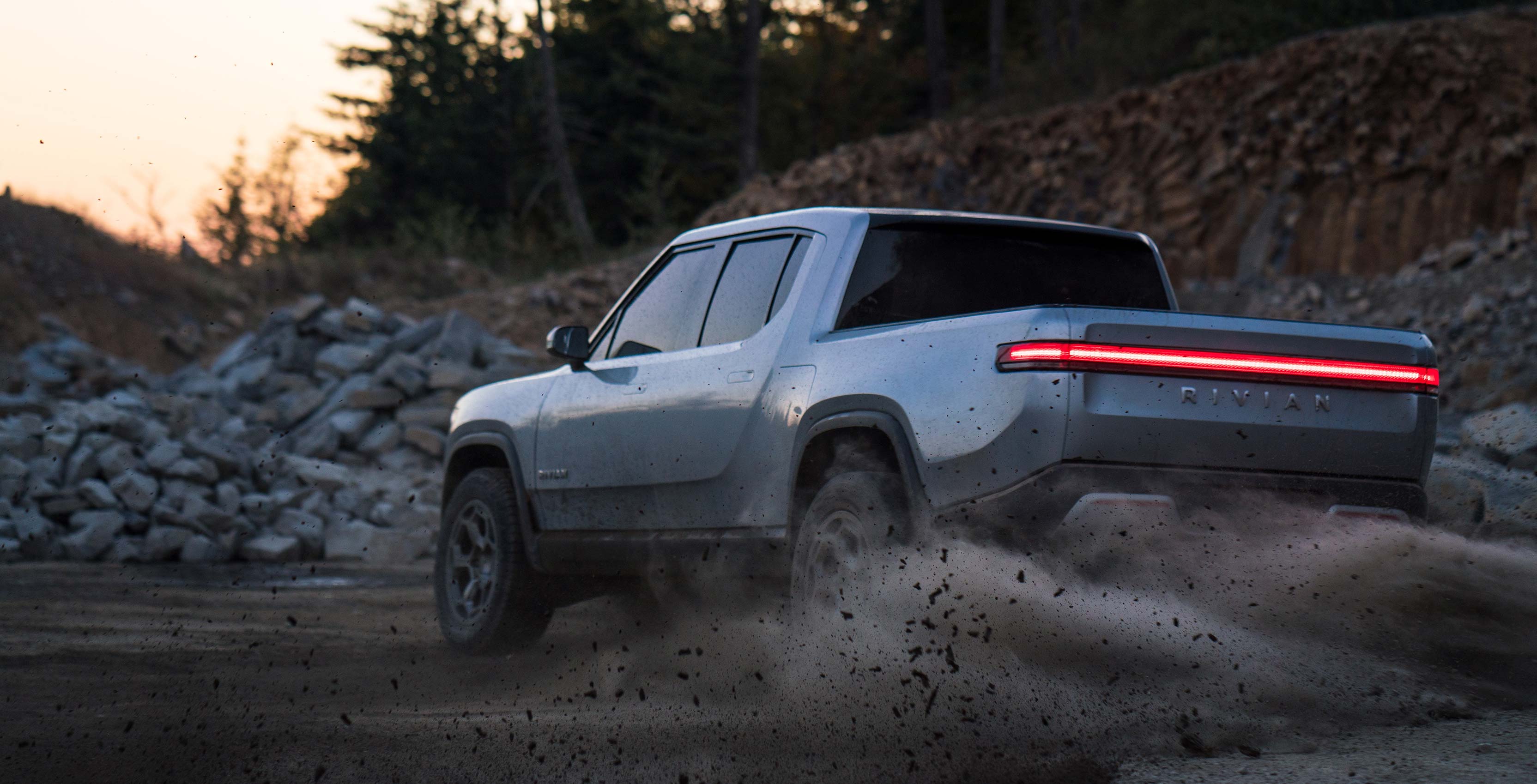 It appears Rivian was filming the prototype, likely to create promotional material for it.

Since unveiling the R1T last year, the pickup hasn’t made many appearances outside of its silver and grey configuration. However, the R1T spotted in B.C. was blue, marking the first time we’ve seen a different configuration in the wild.

Rivian’s R1T boasts some unbelievable specs. It sports four electric motors, each with a 147 kW power capacity at the wheel. The total power output can be configured for different levels ranging from 300 kW to 562 kW at the gearbox.

These varied power levels correspond with different battery packs, another area where Rivian impresses. The R1T boasts some of the highest capacity batteries in passenger electric vehicles with 105 kWh, 134 kWh and 180 kWh options. The company says these capacities translate to 230+ mile, 300+ mile and 400+ mile ranges.

On the charging front, Rivian claims a rate of up to 160 kW at fast-charging stations and an 11 kW onboard charger for level 2 charging.

However, Rivian is no longer set to be the only pickup in the electric space. Ford has confirmed plans to make its own electric F150 truck after investing $500 million USD in Rivian while Tesla is expected to unveil its own electric pickup next week.

Ultimately, the electric pickup space will soon have three viable contenders in about a year’s time. Considering the popularity of trucks in North America, that may be a good thing for the environment.

Here are the Google Pixel 5 and 6, Huawei Mate 40 and Razr 2 leaks from last week