Google Assistant Ambient Mode turns up for some users

Google Assistant’s new Ambient Mode, first demoed at IFA earlier this year, is starting to show up for some users.

Ambient Mode effectively turns your Android phone or tablet into a mini smart display with a similar interface to what you’d find on a Nest Hub or Nest Hub Max. It shows information from your calendar, current weather conditions, notifications, reminders, music controls and smart home controls.

The feature only activates when your device is charging in order to save power.

However, XDA Developers reports that some users have received the new features on the Xiaomi Redmi K20 Pro and on the Nokia 6.1. Other tipsters told XDA that they had Ambient Mode on a Nokia 6.1 Plus and on the POCOPhone F1. 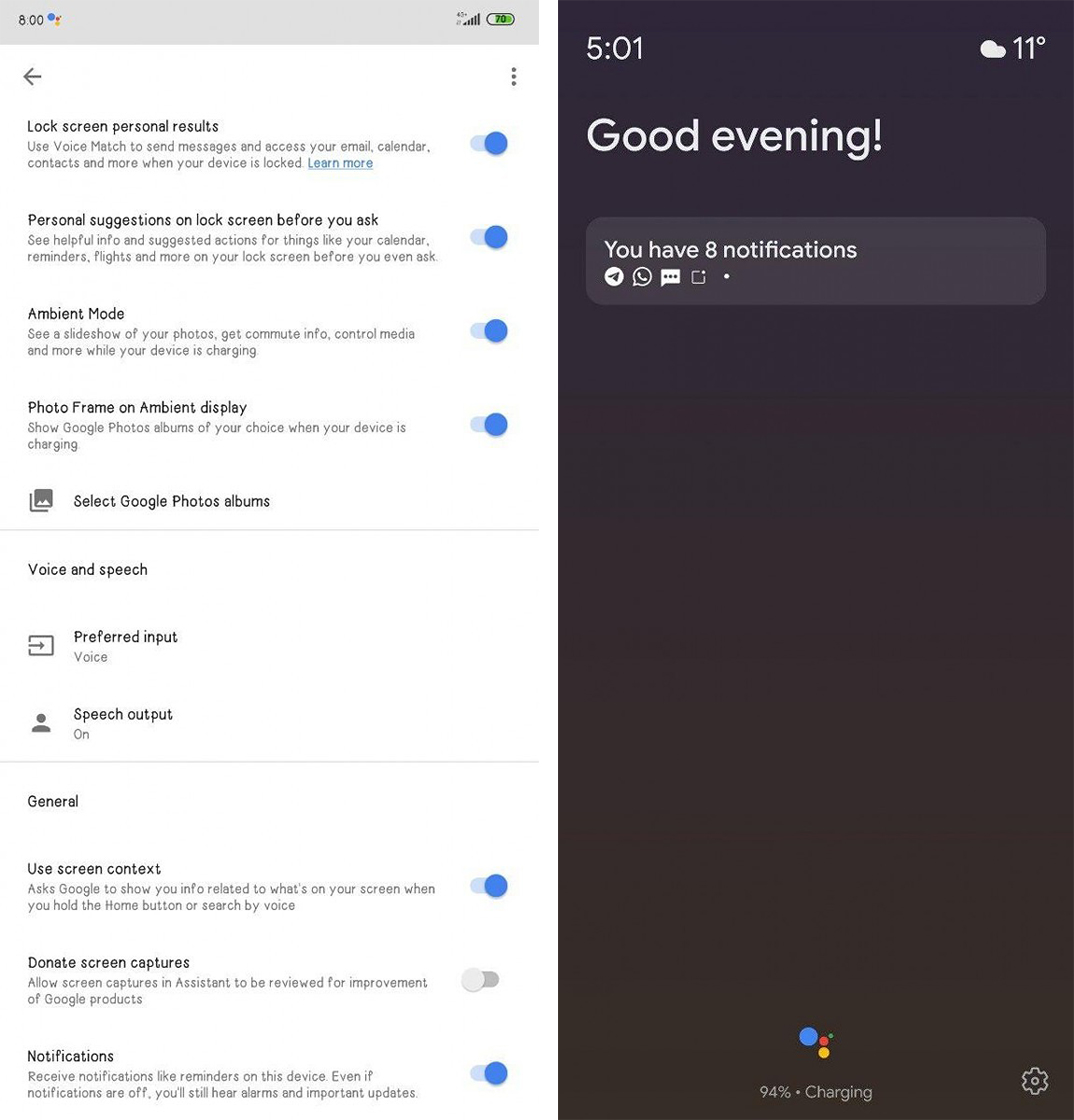 Further, the tipster using the K20 Pro sent XDA screenshots of the feature. The user reportedly received a notification from the Google app to set up Ambient Mode.

On Android 10, users will reportedly be able to toggle the feature and adjust its settings in ‘Settings,’ then ‘Assistant’ and say, “Hey Google.” However, that new menu appears to be exclusive to Android 10. That said, the user running it on the Nokia 6.1 told XDA that Ambient Mode could be found in the Google App Settings under ‘Assistant,’ then ‘Devices’ and ‘Phone’ on Android 9 Pie.

I tried checking for these settings on my Pixel 4 but instead found the standard Pixel Stand settings. It’s not yet clear if or when Ambient Mode will roll out further.